The top 10 butter tarts in Ontario, according to two Torontonians who are on a mission to try every one

The top 10 butter tarts in Ontario, according to two Torontonians who are on a mission to try every one 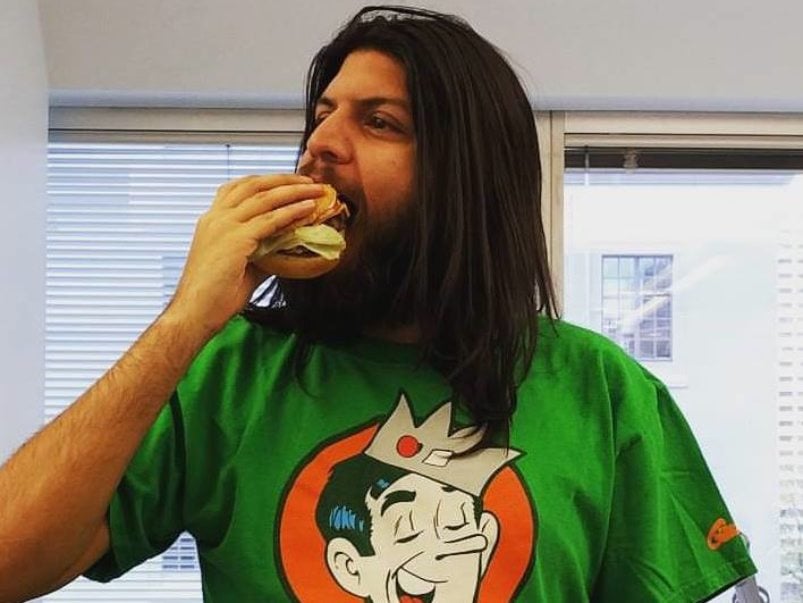 Toronto’s top 10 burgers, according to a guy who ate a burger every day in 2016

For something that’s almost entirely sugar, the butter tart—a quintessentially Canadian creation—can be a very divisive dessert (especially where raisins are involved). There’s a festival devoted to them, and two Ontario townships have come to blows over which has the OG “butter tart trail.”

Michael Deforge and Jillian Tamaki, both Toronto-based artists, have taken it upon themselves to settle things once and for all—or at the very least, eat as many tarts as they can. “We’ve always had an interest in both Canadiana and local history, and the butter tart is a uniquely Canadian pastry,” says Tamaki. “We started documenting all the tarts we were eating a few years ago, and began to get a little obsessive over it.” Because of this, Deforge has had the honour of being a judge at the Midland Butter Tart festival, where he got to add another 20 tarts to their ever-growing list. Here, Tamaki shares her and Deforge’s favourites in and around the GTA.

"I thought I was done with eating buttertarts for today but this one is so good it feels like I could eat 2 more!!" -Sweet Bliss, Leslieville

10
A very pleasing tart to look at, with a frilled edge. The first time we had these was at the very end of an east-end tart crawl, and it definitely topped all the others we had along the strip. We were impressed, despite the sugar coma. 1304 Queen St. E., 416-916-7895, sweetblissleslieville.com

"I can see why this a prize-winning tart. But if I had to make an official TartQuest review, I would have to say the crust was a little greasy." -Doo Doo's, Bailieboro, Ontario

9 This place has a corner devoted to the ribbons and prizes their tarts have won over the years, so they obviously mean business. If you’re anywhere in the area, it is an essential visit. 187 County Rd. #28, Bailieboro, 705-939-1394, facebook.com/doodoosbakery

"It's thicker than usual. Oh man this is so good." -Karelia Kitchen, Bloor West

8 “This is a great Scandinavian restaurant run by two very friendly people. They offer a butter tart in addition to an impressive selection of Nordic baked goods. Finding out they made butter tarts was a really nice surprise. Their tart also has some booze in it, which was like a second nice surprise.” 1194 Bloor St. W., 647-748-1194, kareliakitchen.com

tartquest tartguest @dyrtbagg "This is the best tart I've ever had." – Harbord Street Bakery, The Annex

7 “There’s not much to say about these extremely solid, unassuming tarts. I generally remember the filling here being much more syrupy than buttery.” 115 Harbord St., 416-922-6767, harbordbakery.ca

"I can't say this is the best tart. I'd have to do some soul-searching. But it is very, very good. It is the platonic ideal of a buttertart." -Maid's Cottage, via Fresh & Wild, King St

6 “Maid’s Cottage is based in Newmarket, but like Bakerberry’s, they end up supplying a lot of spots downtown. If you’re not getting them directly from the source, the freshness and quality can vary a bit (depending on the grocery store or coffee shop putting them out) but when they hit, they really hit.” 223 Main St. S., Newmarket, 905-954-0202, themaidscottage.com

#TCAF #tbt when @joshnamaharaj brought us a box of tarts. I thought they were great, flavour-wise, but possibly a little too large. Portion-size seems like such an old-fogey thing to complain about. "Ooh, ooh, too much, too sweet!" Anyway, Michael really liked them. Some of the sugar in the filling was crystallized. -Andrea's Gerrard St Bakery

5 “This is one of Michael’s favourites. It’s a little unique in that I swear you can taste crystallized sugar bits in the filling, but my one quibble is that it’s kind of large. Michael doesn’t mind, though.” 635 Gerrard St. E., 416-465-4567, andreasbakery635.com

Not gonna lie, I was expecting to hate this tart bc it's from Pusateri's, which is one of those obnoxiously fancy grocery stores where they put stickers with their logo on, like, cans of coke. But this thing was kind of perfect both visually and taste-wise. -Pusateri's, Yorkville

4 “It feels odd ranking a commercial tart this highly, but we’re never unhappy to eat one, so we’re including them here. It’s also one of the more aesthetically pleasing tarts around—it’s very neat and tidy.” Various locations, bakerberrys.com

"I think this is one of the best ones in the city." -Danish Pastry Shop, The Danforth

3 “Hansen’s is a neighbourhood institution. Everything from the crust to the filling is perfectly considered here.” 1017 Pape Ave., 416-425-8877, danishpastry.ca

Michael is eating a buttertart recreationally before the judging. "Oh this this good!" -Grandma's Beach Treats

2 “Grandma is a powerhouse of Ontario’s tart scene and often places at the Butter Tart Festival competition. Their tarts have a simple, delicate crust, strong maple flavour and good goo all around.” 1014 Mosley St., Wasaga Beach, 705-429-2243, grandmasbeachtreats.com

TartQuest stopped off at Betty's Tarts and Pies in Coburg, Ontario today. Holy shit, this place is insane. The tarts are literally red ribbon tarts, having won first prize at the Royal Winter Fair multiple times. We tried the plain and PBJ. The plain was perfect. I was surprised how successful the PBJ one was; perfectly balanced with good quality jam and not too sweet. Excellent, highly recommended!

1 “Some of the best butter tarts are found outside of the GTA—I they just taste better in country air. Most ‘best butter tart’ discussions end up including Betty’s, and they’ve won a ton of awards (deservedly so). Their classic tart is perfect in consistency and flavour: it has a runny, buttery filling which still manages to hold its shape without spilling all over the place. We’ve generally been skeptical about novelty butter tart flavours, but we’re also big fans of their peanut-butter-and-jam variation.” 7380 County Rd. #2, Cobourg, 905-377-7437, facebook.com/BettysPiesandTarts