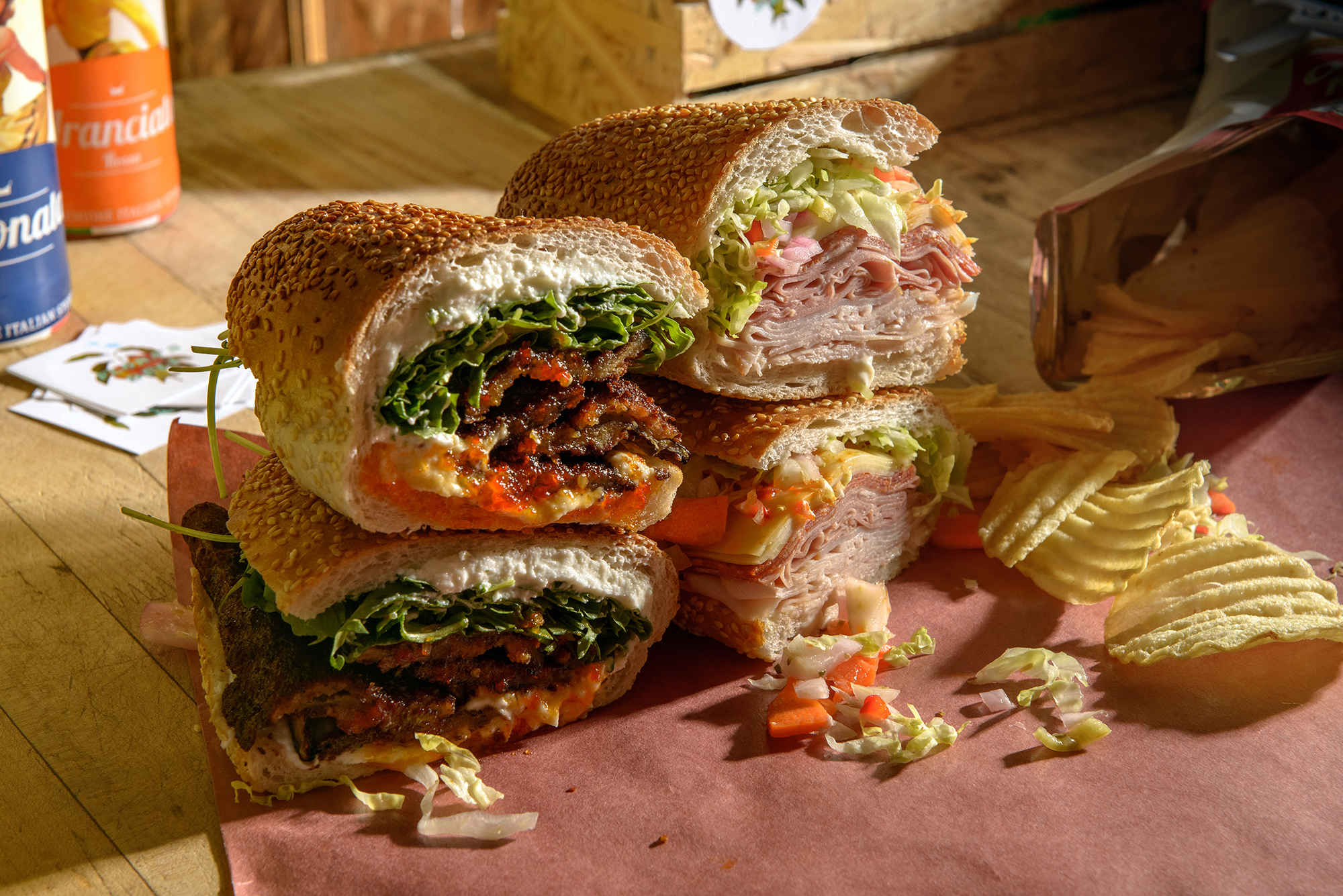 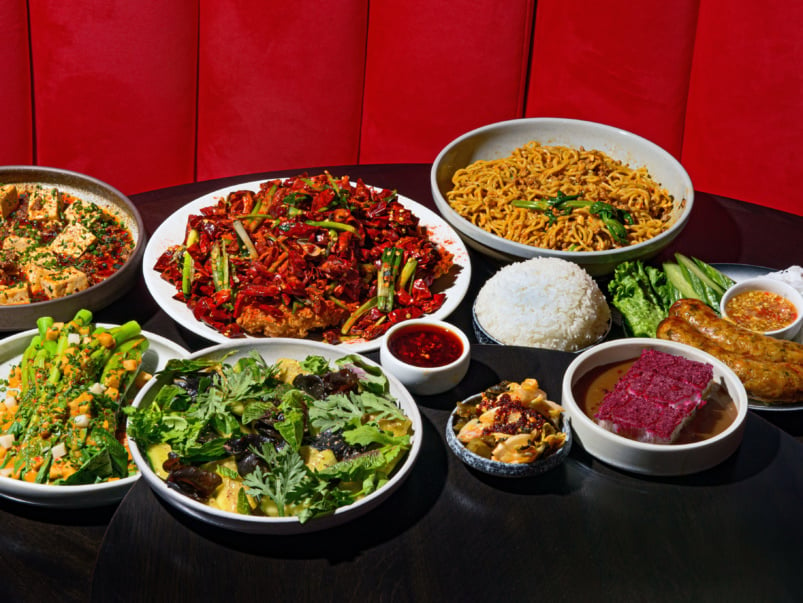 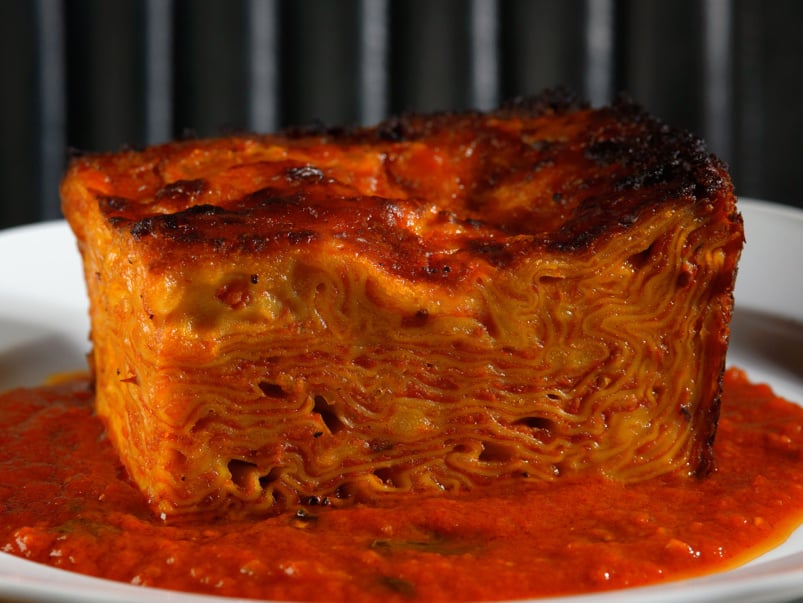 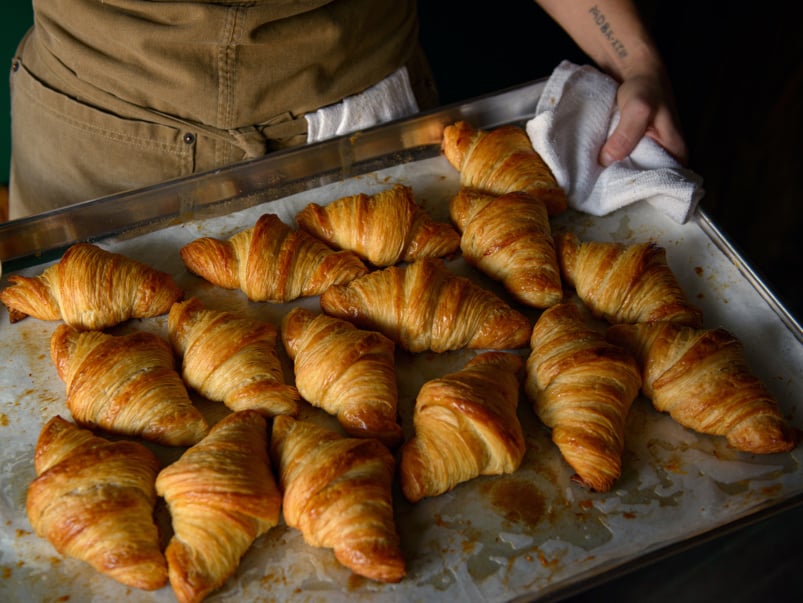 The sort-of secret: Flora’s Deli, a small-scale sandwich shop running out of Mahjong Bar
You may have heard of it if: You caught one of their pop-ups, at The Caddi or Blood Brothers, over the summer
But you probably haven’t tried it because: They moved into a semi-permanent location less than two weeks ago

Chef Jesse Mutch’s earliest food memory is of frying chicken cutlets in his grandmother Flora’s kitchen. “If you were really young, you got ketchup with your chicken. Otherwise, you got a lemon to squeeze over it,” he says. Now, you’ll find the cutlets at Flora’s Deli—Mutch’s new sandwich operation, run out of Mahjong Bar. This time, they’re in a sandwich called the Jersey Mike, decked out with vodka sauce and mozzarella, and nestled between two slices of Vienna-style bread. With a menu spotlighting childhood favourites, whether straight up or reimagined in sandwich form, the former Chantecler chef is coming full circle.

“I’ve always wanted to cook food influenced by my grandmother,” says Mutch. “As a kid, I wouldn’t eat all day before going to her house for dinner, just to have more room for the food.” Flora’s Deli, with a streamlined menu of three sandwiches and appetizers, popped up at The Caddi and Blood Brothers Brewery over the summer. A smashing success, the pop-ups got Mutch thinking about opening a more long-term location. He and his team finally settled into Mahjong Bar at the end of January.

As for the rest of the menu, there’s the Cantina, with mortadella, smoked turkey, hot Calabrese salami, and giardiniera. Inspired by the mortadella sandwiches Mutch munched on at Flora’s table, it’s a deceptively simple creation. It’s laced with Calabrian oregano—a staple in this kitchen—beloved for its high concentration of essential oils, which gives it a concentrated flavour unique among oregano varieties. The giardiniera is made with undiluted vinegar, bringing just the right acidic bite to balance the assortment of meats.

Then, there’s the Norma Gina, with airy ricotta and delicate slices of fried eggplant. Hot honey, made in-house, brings sweetness and a touch of fire to the chewy, savoury eggplant cutlets. It’s inspired by eggplant parmigiana, another Flora specialty Mutch grew up saving his appetite for. All the sandwiches are made with semolina bread from Little Italy’s Golden Wheat Bakery. The bread has a pillowy crumb and crunchy crust, lending the sandwich plenty of structure; it travels well, and more than holds its own against the generous fillings.

A small assortment of antipasti and sides rounds out the menu. The meatballs are a top-secret, direct-from-Flora-herself recipe, made with beef and pork. Creamy, cheesy arancini are a hybrid between Flora’s recipe and a classic Roman dish called suppli al telefono, where rice croquettes are stuffed with stringy mozzarella cheese. They’re made with carnaroli rice, which Mutch favours over arborio, for its longer grains.

Castelvetrano olives, marinated in house-made peperoncini with fermented Anaheim chilis, are the perfect sandwich accompaniment. Small portions of honey and vodka sauce are also available for purchase on the side; jarred hot honey is offered sometimes, in strictly limited quantities (as with the rest of this menu).

Mahjong Bar is home base for the next few months, but if sales remain at their current volume (read: selling out almost every day), Flora’s Deli seems bound to outgrow the small storefront sooner rather than later.