Quarantine Cuisine: The 10 most popular chef recipes of 2020

Quarantine Cuisine: The 10 most popular chef recipes of 2020

Over the past year, we asked chefs what they were cooking up at home—and then we got the the recipes 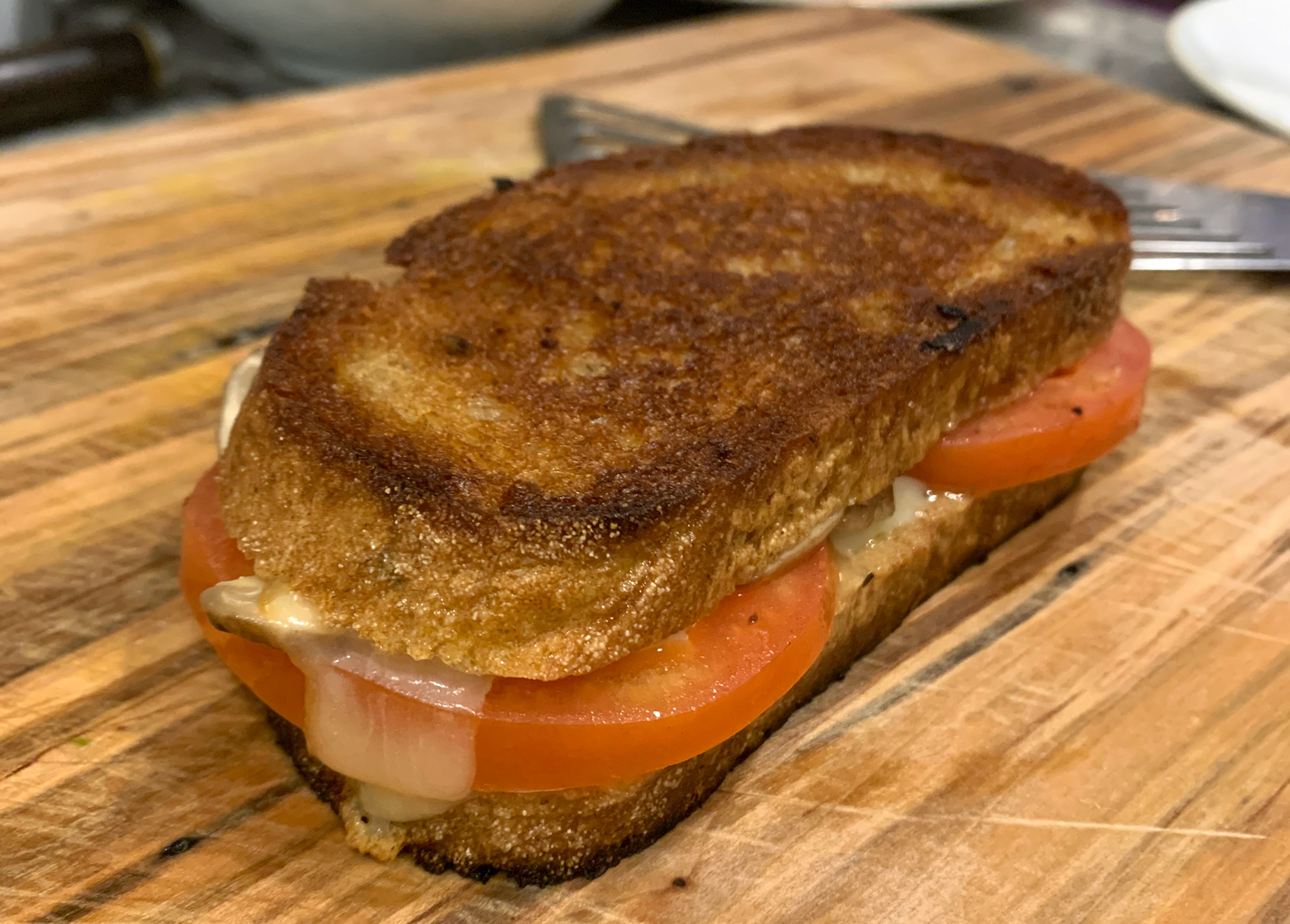 10 Suzanne Barr (of the excellent but now-closed True True Diner) has always loved food—a trait she inherited from her mom. Eunice Adassa Barr was an excellent cook, and while her daughter now remembers her Jamaican food most fondly, when Suzanne was a kid she loved her mom’s straight-up, no-frills grilled cheeses. She jazzes up her own sandwich a bit with tomatoes and mushrooms. 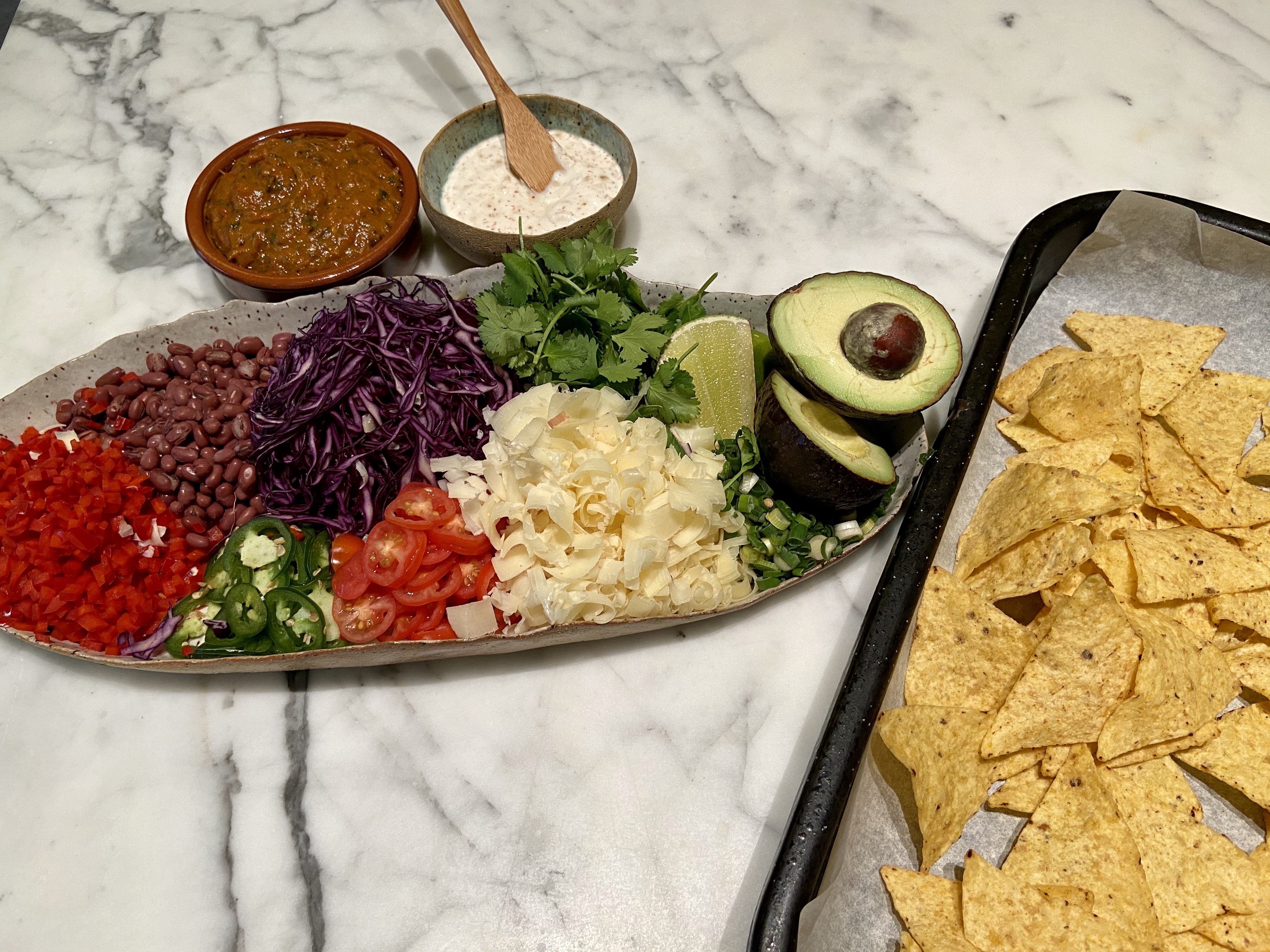 9 Nachos are an event for Cory Vitiello. “It’s not just the nachos, but rather the whole evening that stems from them: dinner on the sofa with loved ones and deep-diving into games night or a great show.” He and his partner, singer-songwriter Martina Sobrara, both love nachos (and the fact they’re a great way to use up leftovers). The dish is plant-based but if you need meat, Vitiello said you can easily add shredded chicken or leftover chili. He does warnsnot to get too fancy when it comes to the cheese, however. “I recommend using a good quality white cheddar, but not something pricey as it’s going to get obliterated in the oven.” 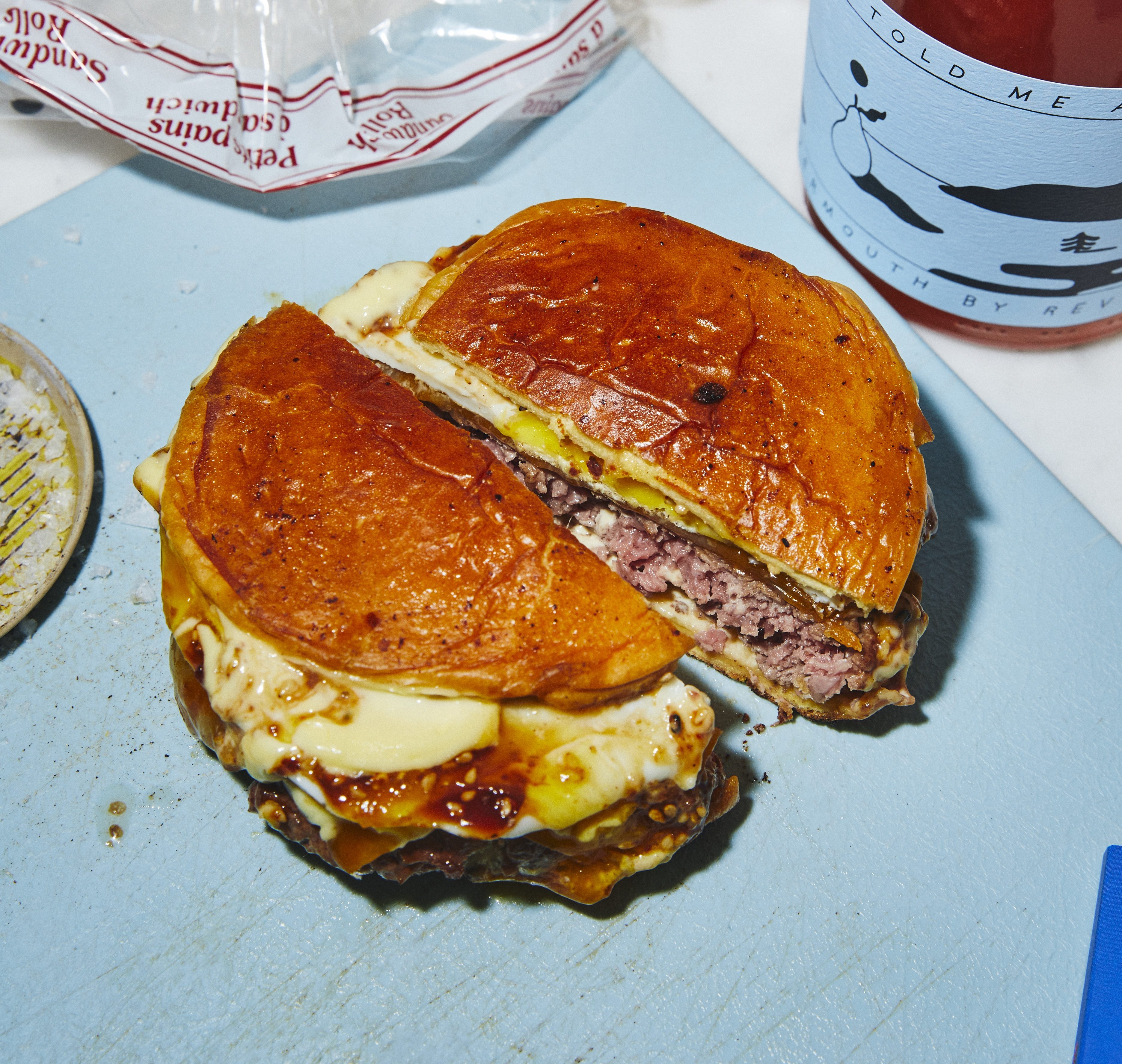 8 Eva Chin took over Momofuku Kōjin’s University Avenue kitchen eight days before the pandemic hit. Not only has she had to shift the menu toward takeout, she’s also overhauled its geographic orientation. The flavours now lean Asian-Pacific, and the locus is Hawaii, where Chin grew up. At Kōjin, Chin has reimagined her home state’s iconic loco moco—a rice dish layered with a meat patty, fried eggs and lots of gravy—into a burger. “I always wanted it to be handheld so you could eat it while setting up your surf board,” she says. Mission accomplished. Here’s how to make Chin’s saucy smash burger at home. 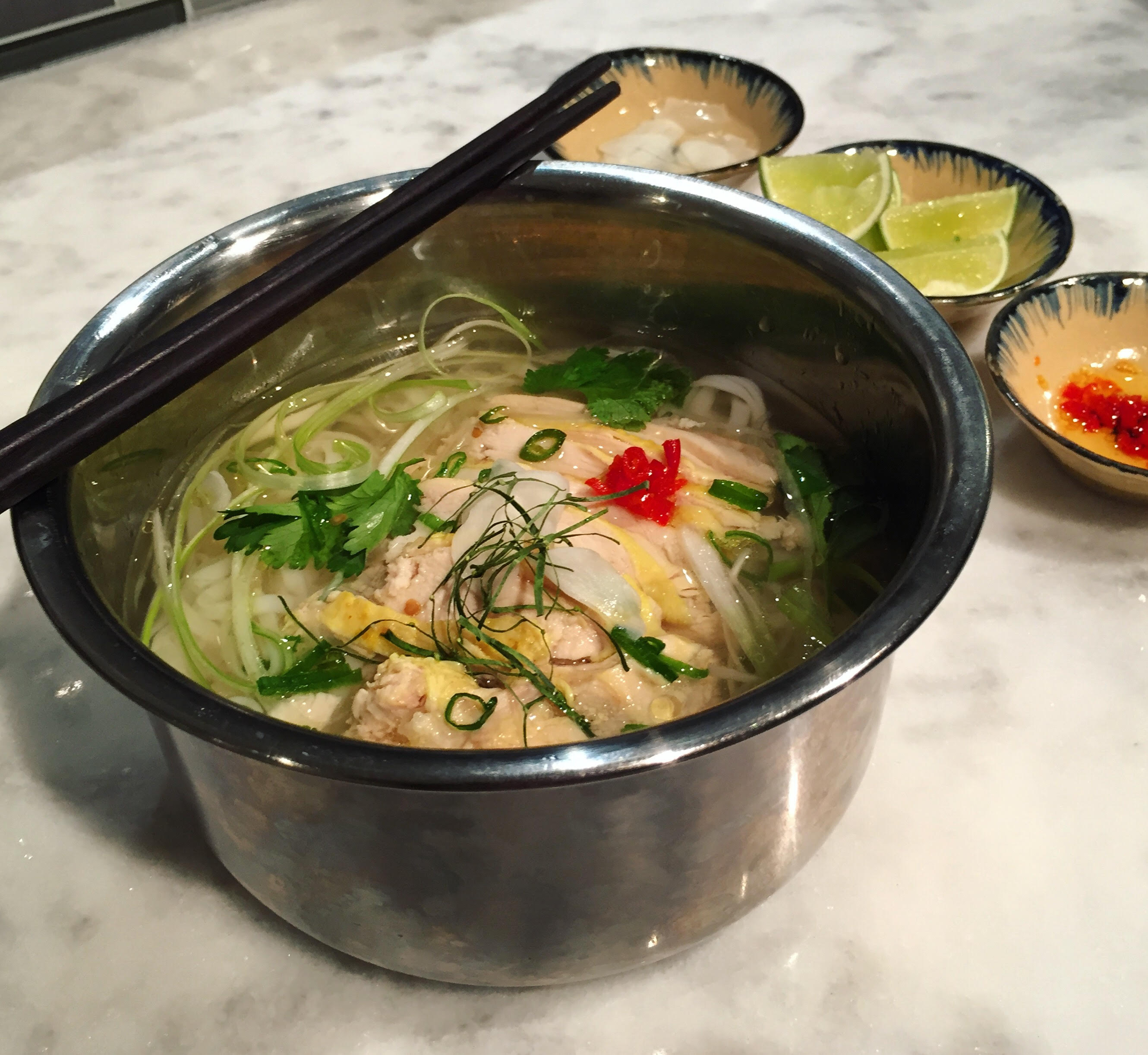 7 When North Saigon’s Kim Vo finds herself missing her family—her mom’s back in Vietnam, her dad’s in the Prairies—she makes this soup. Growing up, the smell of pho simmering on the stove was synonymous with Saturday mornings. “In Vietnam, we eat pho for breakfast,” she says. “Although, in Canada I often find myself eating it for dinner.” Vo’s mom grew up in southern Vietnam, where herbs are plentiful and beef is a very popular soup protein. Vo, however, likes the simplicity of the type of pho more popular in Vietnam’s north, which she says is typically made with chicken and fewer herbs. “I think the herbs distract you from the flavours of pho.” 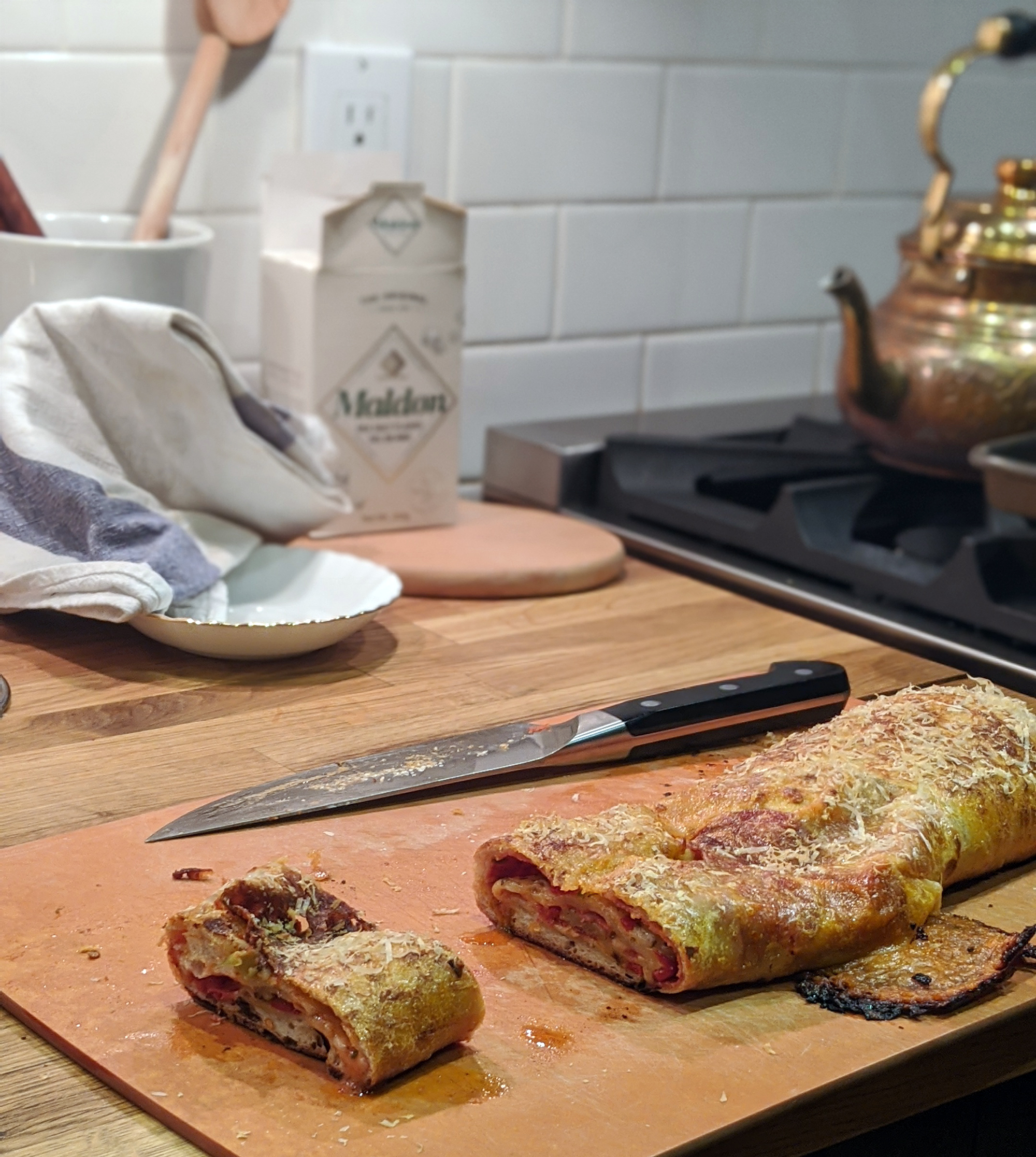 6 Although the Cheese Boutique co-owner and maître fromager loves to cook, he’s often worn out by dinner time. Plus, he absolutely hates washing dishes, so he’s a big fan of no-mess meals (and takeout). When his fiancée, Courtney Bull, introduced him to this one-pan dish, Pristine became an immediate fan—after he got over the fact that she referred to it as an Italian dish. “It’s New Jersey Italian,” says Pristine, about what is essentially a rolled-up pizza. “It’s even delicious the next day, for breakfast,” he says. 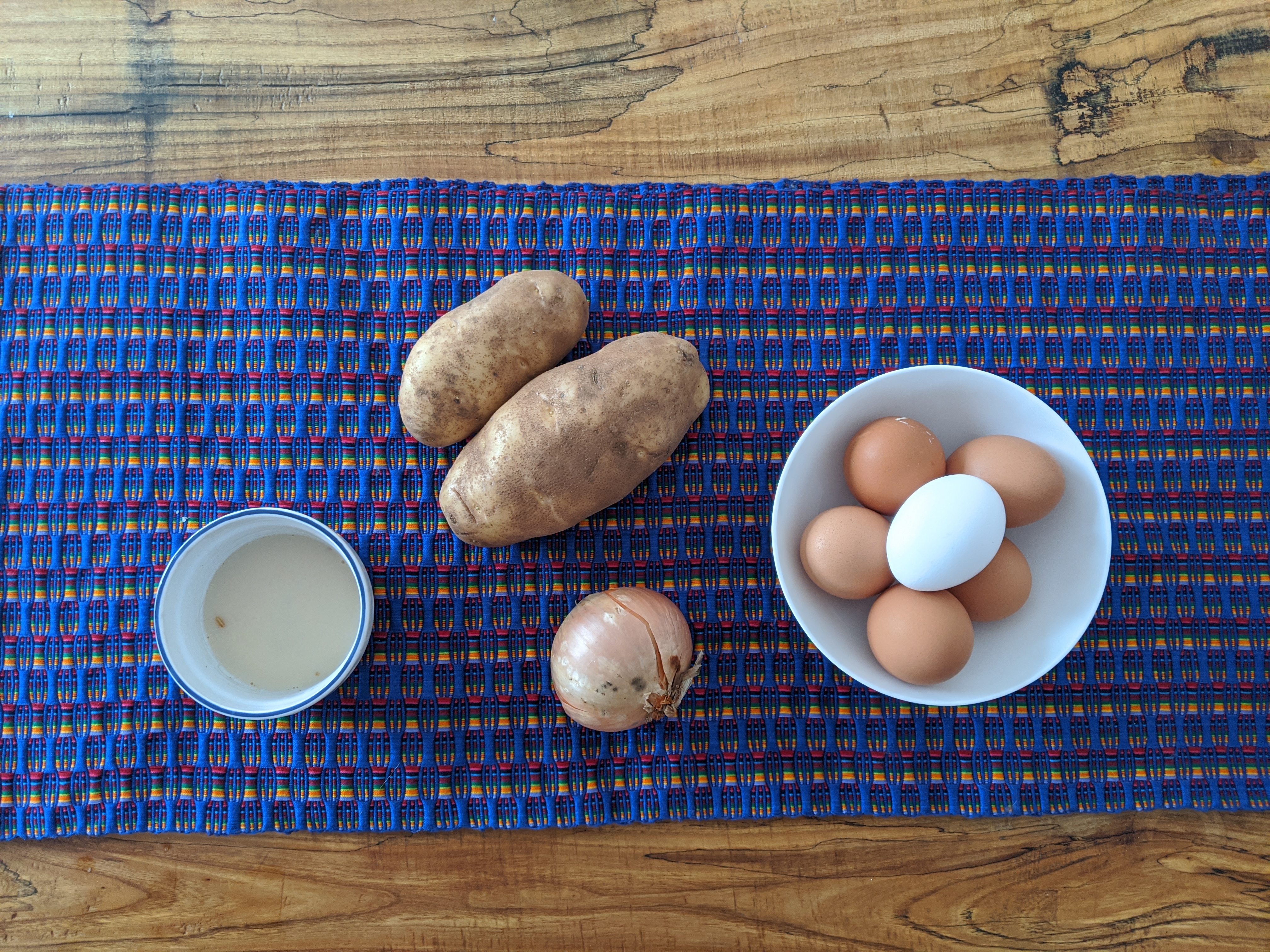 5 The beautiful thing about chef Chris Locke’s homemade Spanish tortilla is that it can be a meal or a snack, and it requires only four ingredients. This is classic comfort food for Locke. “It’s just deliciously simple and can be made with wholesome ingredients you probably already have in the home.” Locke admits that his use of bacon fat is not traditional but he says it’s porktastically tasty and adds a little smokiness to the dish. He adds that the rendered fat can be saved and reused as a flavour booster for your next meal. Want to make your tortilla vegetarian? No hay problema. Just substitute the bacon fat for olive oil. 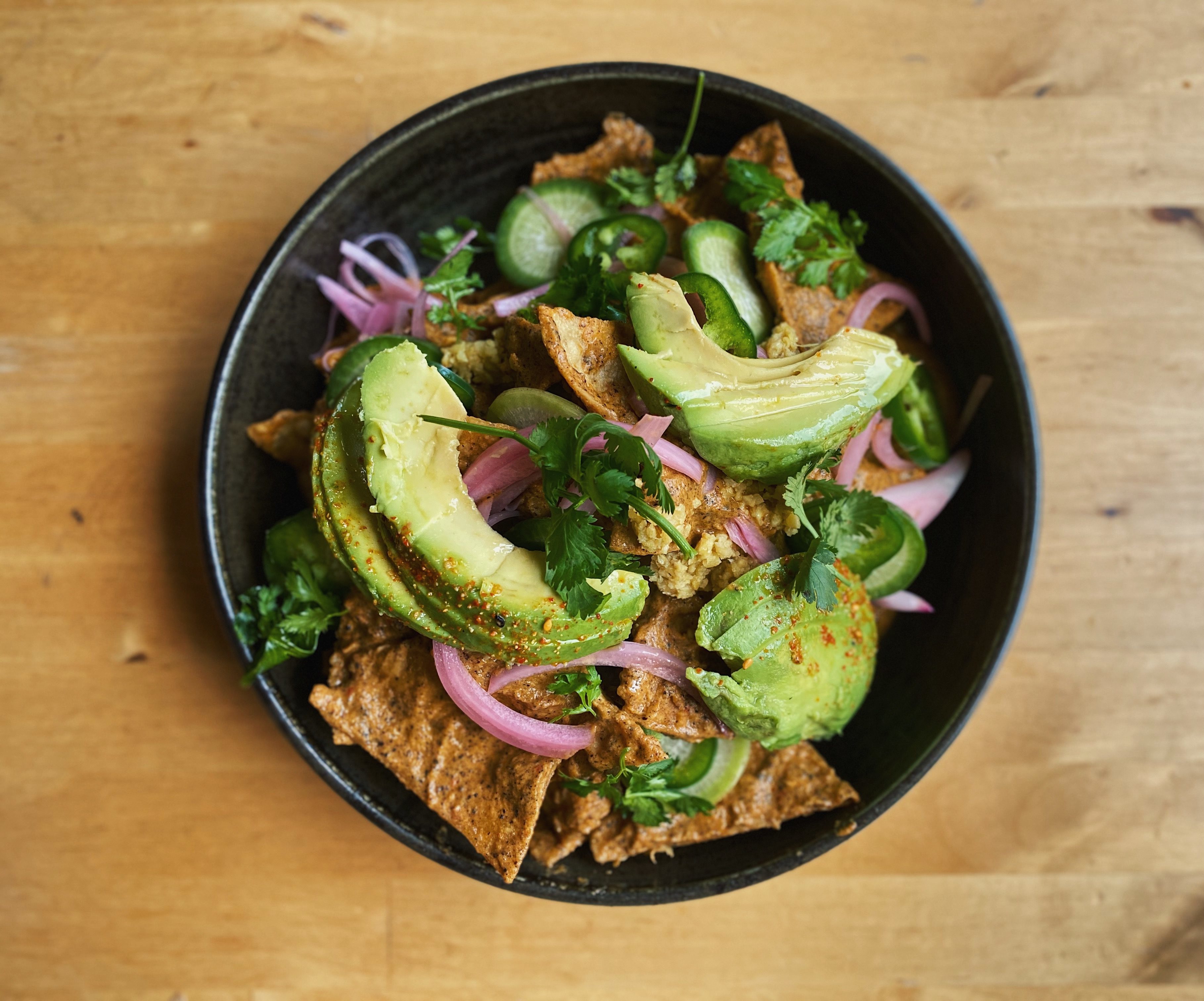 4 Rosalinda chef Matthew Ravenscroft and his wife, Kate Chippindale, have been trying to stay healthy while in quarantine. They’re keeping to their mostly vegetarian diet of whole foods, which includes a dish they call “breakfast salad,” and exercising to stay fit. Every so often, though, they get a craving for something comforting and fatty—and that’s where this recipe comes in. “Chilaquiles are satisfying,” says Ravenscroft. “It’s like you’re eating junk food without actually eating junk food.” 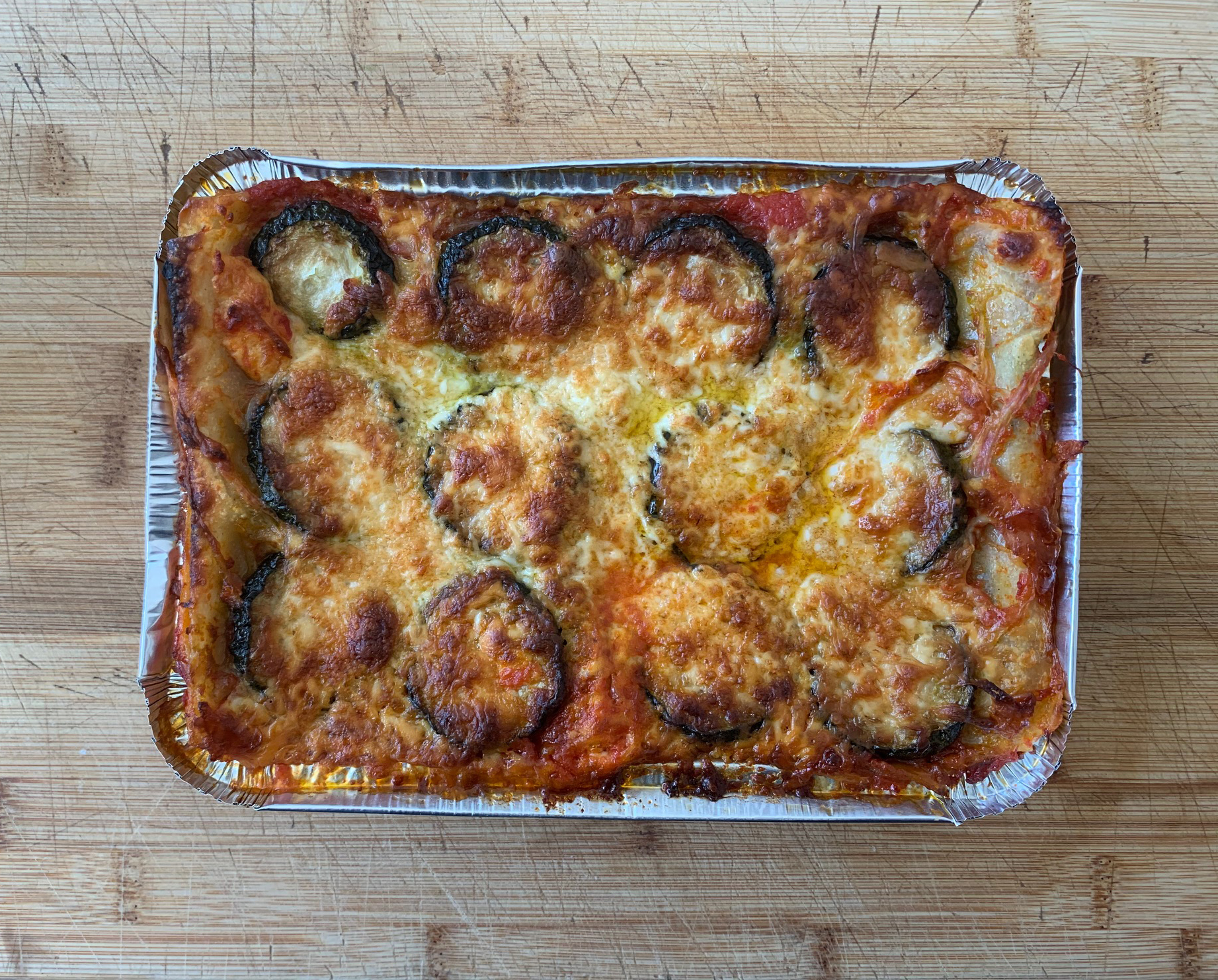 3 The Enoteca Sociale chef made an updated version of his nonna’s lasagna with noodles left over from the restaurant’s last service back in March. His grandmother was a purist: her lasagna layered noodles, cheese and tomato sauce—no meat, no veggies. But Rindinella says you can add whatever proteins or vegetables you have kicking around—even that half-finished bag of peas living at the back of your freezer. “It’s a great way to use whatever you have in your fridge that’s on its way out,” he says about the dish, which he considers to be one of the ultimate comfort foods. 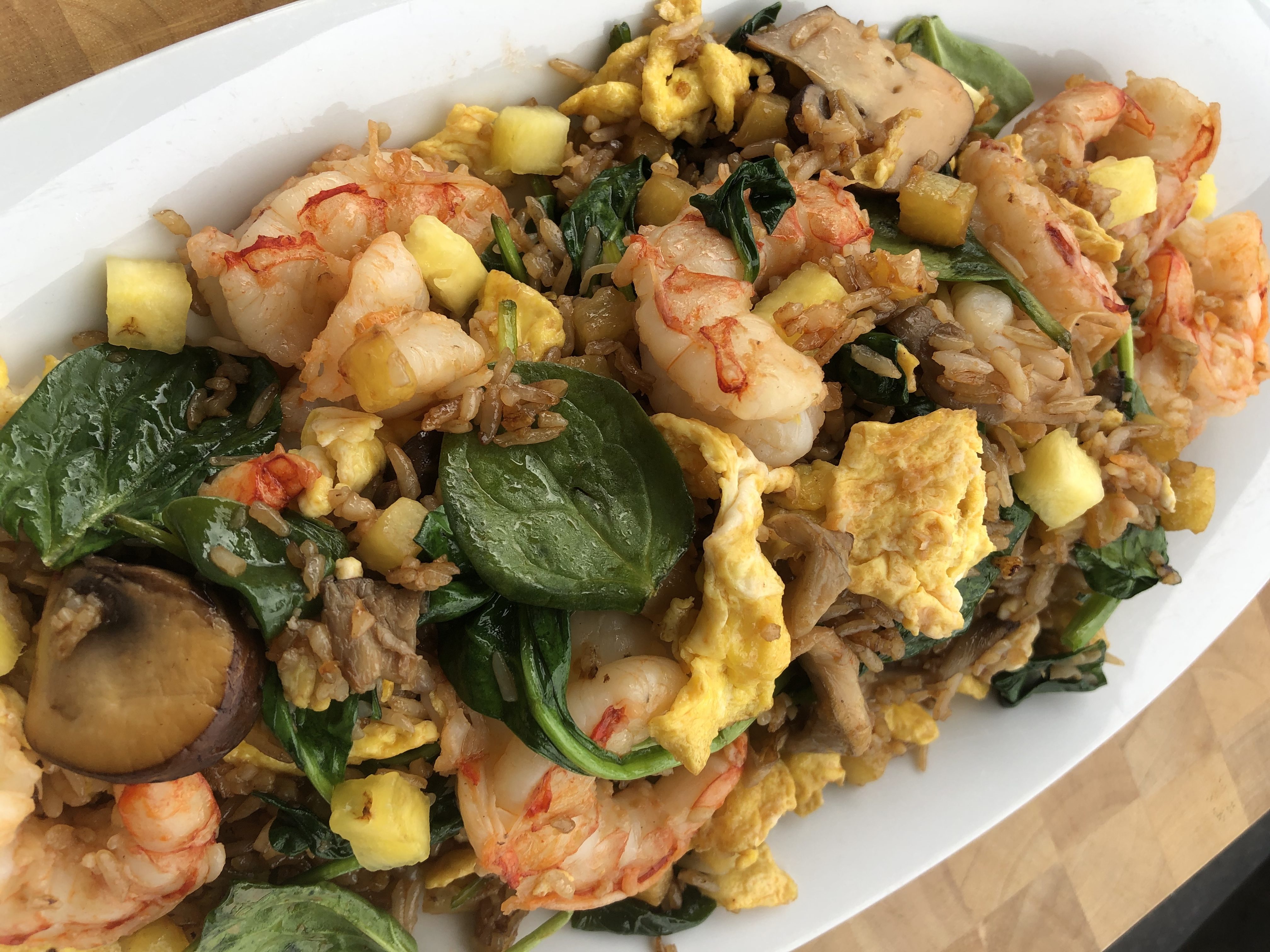 2 This fried rice is an easy-to-make, versatile dish that can be thrown together with just about anything kicking around your fridge, but Wong says it’s a “sometimes treat” because his recipe calls for a lot of oil. “You can’t be shy with oil when making this, but it shouldn’t taste oily, either,” he says. For this particular take, Wong used shrimp and fresh pineapple, but just about any protein can work (Wong has even used hot dogs on occasion). And the pineapple can be fresh or canned. For the rice, Wong brought home some USA #1 AAA long grain rice, which goes into Patois’s Dirty Fried Rice, but he says just about any rice—or even quinoa—can work. 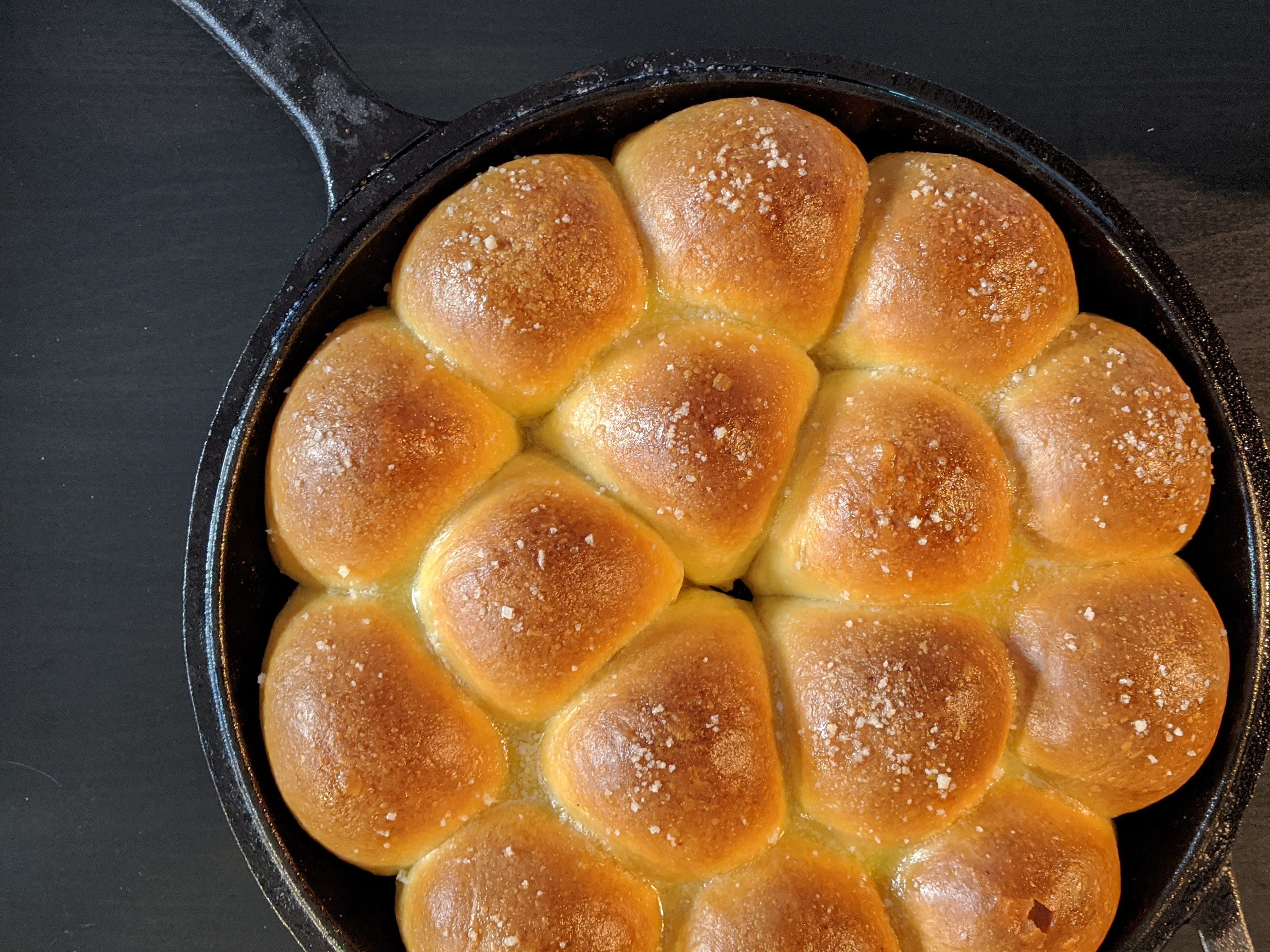 1 The Richmond Station chef’s roll recipe was inspired by his family’s holiday feasts. And what with it being Easter weekend, he wanted to recreate some of that nostalgic magic. Morin says the super-fluffy and butter rolls are the perfect companion to just about anything else you’re serving—also and they mop up any leftover sauce like a boss. “Honestly, there’s nothing quite as satisfying than fresh homemade bread straight out of the oven,” says Morin. “And it smells wonderful, too.”