Eva Chin took over Momofuku Kōjin’s University Avenue kitchen eight days before the pandemic hit. Not only has she had to shift the menu toward takeout, she’s also overhauled its geographic orientation. The flavours now lean Asian-Pacific, and the locus is Hawaii, where Chin grew up. At Kōjin, Chin has reimagined her home state’s iconic loco moco—a rice dish layered with a meat patty, fried eggs and lots of gravy—into a burger. “I always wanted it to be handheld so you could eat it while setting up your surf board,” she says. Mission accomplished. Here’s how to make Chin’s saucy smash burger at home. 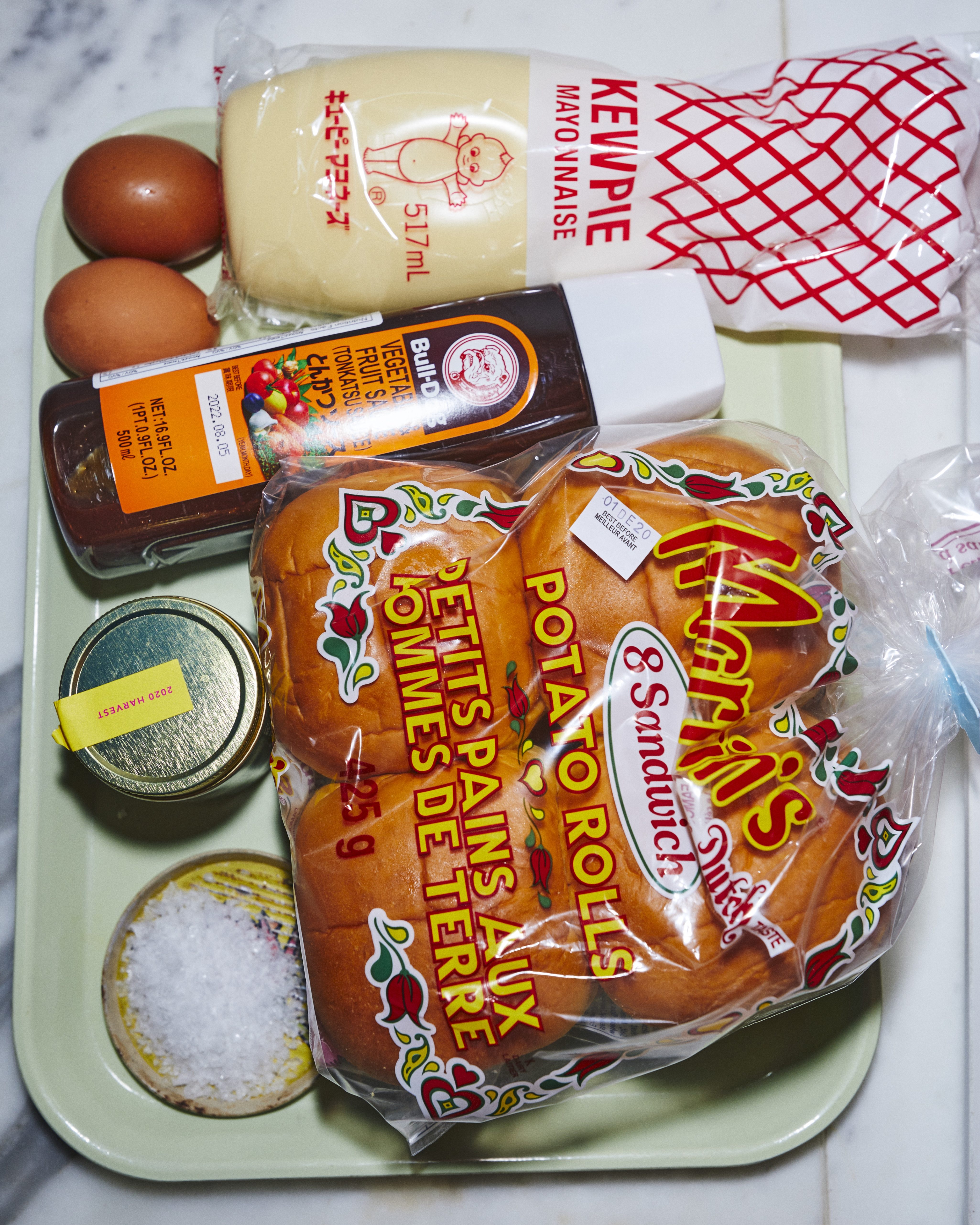 1. Preheat a cast-iron pan until smoking hot. While the pan is warming, add the fat.

2. Season the ground beef with salt and pepper to taste, and gently shape the meat into a ball.

3. Place the meat in the centre of the heated pan and—using a sturdy spatula or the bottom of another pan—flatten it into a disc. Reduce heat to medium-high and cook until a crust has formed, four to six minutes.

4. Using a thin spatula, flip the burger and press the still-raw side into the pan. Cook for another three to four minutes.

5. Drape the burger with the cheese and cover with a lid until the cheese is melted. Remove the patty and leave it to rest for five to 10 minutes. Leave the pan on the stovetop.

6. Slather both sides of the bun with Kewpie mayo and sandwich the rested patty between the top and bottom bun.

7. Pop the burger back in the pan on medium-high heat. Press down on the burger with a clean spatula or pan and cook for one minute on each side. (This adds crunch and some restaurant-quality greasy deliciousness.) Remove from the pan.

8. Fry a sunny-side-up egg. Once the yolk sets, drown it in Bull-Dog tonkatsu sauce.

9. Remove the top bun from the burger and slide the gravy-covered egg onto the burger, being careful not to pop the yolk. Sprinkle with furikake to taste.

10. Return the top bun to the stack and dig in.