Like many of us, maître fromager Afrim Pristine is confined to his home. We asked the social-distancing chef to whip something up with ingredients he already had on hand. His recipe: a saucy stromboli. 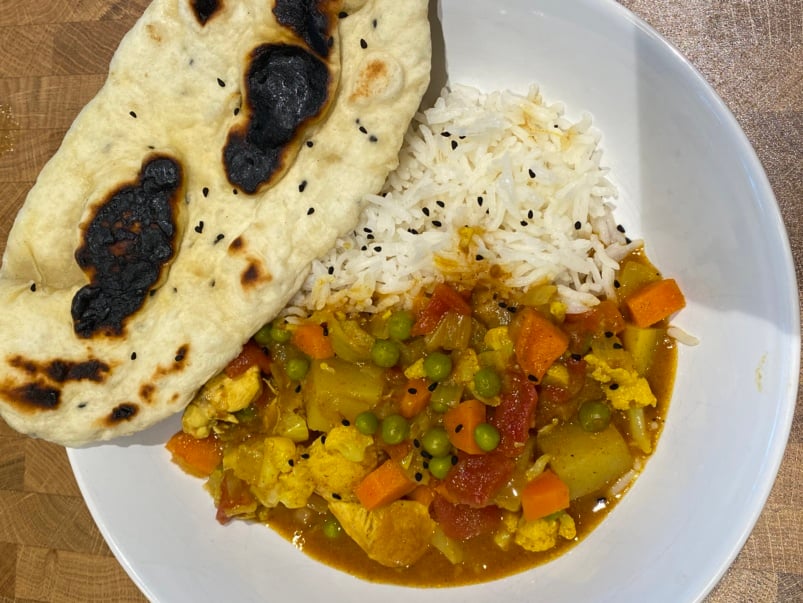 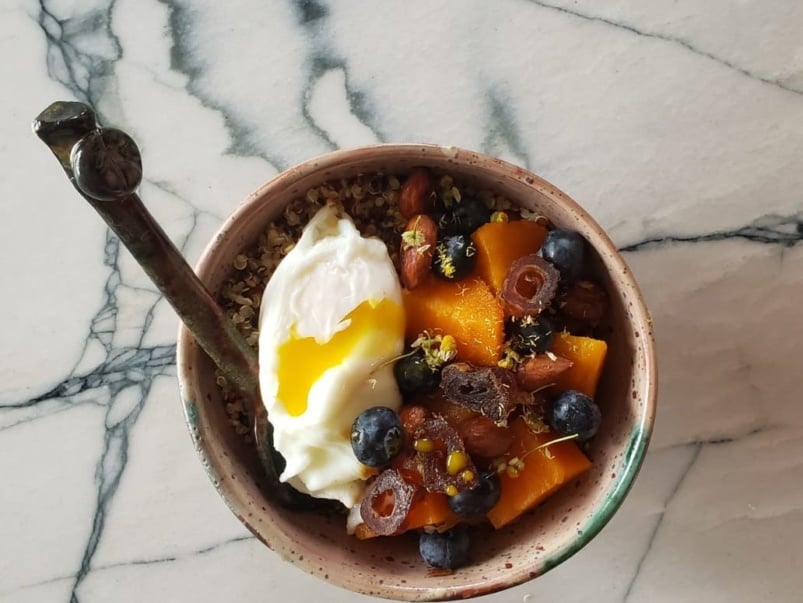 Over the last 65 days, Cheese Boutique owner Afrim Pristine has only had one day off, and that was Easter Sunday. “To be honest, it’s not that much different from my usual schedule,” says the cheesemonger, who’s often the first in the shop at 6 a.m. and the last to leave, 12 hours later. “It’s a bit more chaotic, I guess.”

Although Pristine loves to cook, he’s often worn out by dinner time. Plus, he absolutely hates washing dishes, so he’s a big fan of no-mess meals (and takeout). When his fiancée, Courtney Bull, introduced him to this one-pan dish, Pristine became an immediate fan—after he got over the fact that she referred to it as an Italian dish. “It’s New Jersey Italian,” says Pristine, about what is essentially a rolled-up pizza. “It’s even delicious the next day, for breakfast,” he says.

Start by preheating your oven to 375°F.

While the oven’s warming up, start your prep. Thinly slice the peperoncini and roasted red peppers, and grease a baking sheet with some olive oil.

Pristine used dough from Cheese Boutique—400 grams of it, to be specific. To stretch the dough into a rectangular shape, he recommends letting gravity do the work. If you’re not comfortable tossing your dough in the air, Pristine recommends using a table edge. Hand stretch the dough out a bit, then let a third of the dough hang off the table’s edge. Spin the dough every 15 seconds, so that you get a uniform stretch. Finish shaping the dough on the baking sheet, pulling at it so it stretches into a rectangular shape.

Spoon four to five tablespoons of the canned tomatoes onto the dough base. You don’t want too thick of a layer, so try to spread the tomatoes out evenly.


Add a layer of provolone. Pristine likes the Ontario-made stuff, so he’s using provolone from the Junction’s International Cheese Co., which can be found at most grocery stores. According to Pristine, “Any cheese that slices well, like a brick mozzarella, mild-mannered cheddar or even a young gruyere, will work. You don’t want to use something like fior di latte, though. Anything with too much water content will make the stromboli soggy.”


Now layer the soppressata on top of the cheese. “Genoa salami and prosciutto work really well, too. So does speck. Because it’s a bit smoky, speck in a stromboli is actually badass,” says Pristine.


Top it all off with the sliced peppers, and then sprinkle on some oregano and chili flakes. Season with salt and pepper.


Now you’re ready to roll—literally. Starting with the long edge closest to you, roll your dough and toppings into a log shape. Make sure to tuck in the ends as you go to prevent spillage while it’s baking.


Whisk your egg, then brush it over the stromboli. Finish by grating a hard aged cheese of your choice over the egg wash. (Pristine prefers Parmigiano Reggiano.)


To respect the roof of your mouth, let it cool for five minutes or so. Then slice and enjoy!


“We served ours with salad to feel better about devouring the whole thing,” says Pristine.


Thanks, Afrim and Courtney!