Thousands of beer cans race along the belt of a state-of-the-art canning machine at Brunswick Bierworks, a mammoth new brewing facility in an industrial stretch of East York. But unlike most of Toronto’s newest breweries, Brunswick isn’t producing its own stuff: each can is filled with Blue Buck, a pale ale from Victoria, B.C.’s Phillips Brewing Company. 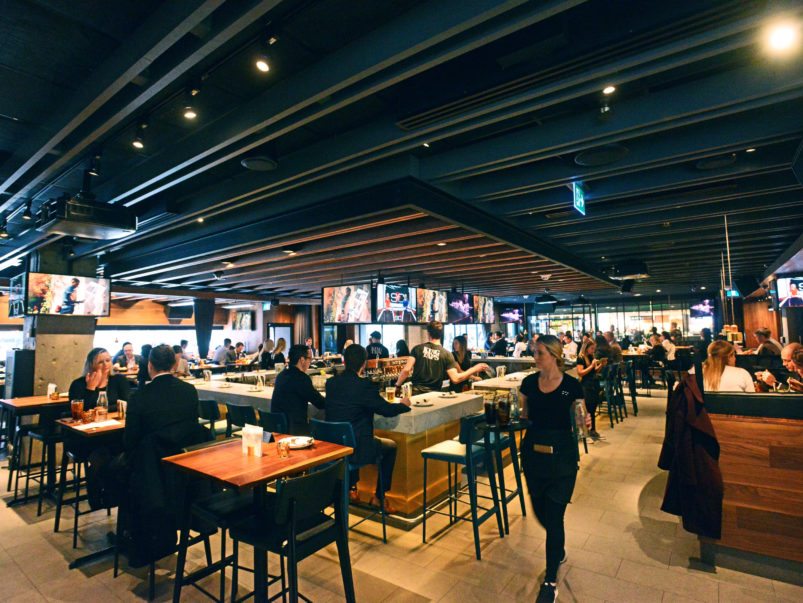 Contract breweries like Brunswick aren’t new in the U.S., but it’s one of the first of its kind in Canada, joining Common Good Beer Co., a contract brewer in Scarborough that brews for Lost Craft and several other brands, including a few beers of their own. Since it opened in July, Brunswick has partnered with 19 breweries at its state-of-the-art $10 million facility, with brands from as far away as Germany and Sweden. That’s in addition to local labels, including Ace Hill and Woodhouse Brewing, that lack their own facilities, and smaller breweries, like Muddy York, that need to boost production to meet LCBO quotas. Anything Brunswick makes under its own license can be sold in its tap room, and eventually at its on-site retail store.

A post shared by Brunswick Bierworks (@brunswickbierworks) on Jan 1, 2018 at 4:36am PST

It’s the only brewery in town where you can drink like you’re at a kick-ass beer bar. I was able to sip a crisp blonde ale from northern Ontario’s Lake of the Woods Brewing; a fresh doppelbock from La Trappe (Netherlands); a silky golden collaboration with Mikkeller (Denmark) infused with Vidal grape juice from Niagara’s Reif Estates; and a thick, deliciously boozy chocolate imperial stout from Omnipollo (Sweden) flavoured with vanilla, cookie dough and cocoa nibs. It was like dessert in a glass.

The tap room, with its picnic-style seating, black industrial pipework and rectangular bar with gleaming white bar top, is having its grand opening on January 31, and will be open on Saturdays all winter, with plans to ramp up hours in the spring. The space is meant for beer, not food, so fill up beforehand, or snack on a charcuterie plate at the taproom from local pub Jawny Bakers.

Here’s a look inside the space:

The final brews of 2017. We have some big plans for 2018; some new partner brewers, innovative collabs and the opening of our taproom and bottle shop! #bigyear #EastYork

Some great photos from our Neighbours Open House courtesy of @illnotestudios We’ll trickle them as we plan our next event. #eastyork #toronto #craftbeer

The one that started it all… #tank1

A post shared by Brunswick Bierworks (@brunswickbierworks) on Jul 4, 2017 at 6:39am PDT