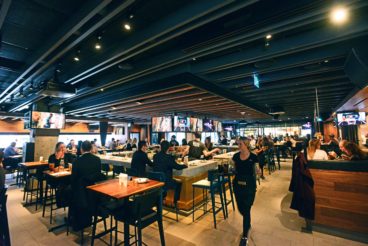 Small is a strong selling point in this age of craft beers and nanobreweries. But there’s one area where “big” and “beer” are booming: the brand-spanking-new beer halls downtown. Imagine a neighbourhood watering hole on steroids: these are huge spaces packed with seats, screens and dozens of draft lines, pouring everything from brewed-right-here pale ales and porters to, yes, Bud Light and Shock Top. A few are even brewing their own beer on-site. We did some investigative reporting—okay, fine, happy hour—at these five newcomers to compare everything from the music to the wings and, of course, the beer.

Given its location at Yonge and ­Adelaide, come five o’clock, this two-level, 400-seat beer hall is a veritable sea of suits—and the Calgary-based brand offers 160 bitter, hoppy and malty excuses to loosen all of those collars. The beer menu is craft heavy and reps a ton of Ontario breweries, including Toronto’s own Blood Brothers, Burdock, Bellwoods and Godspeed. A few macro­brews—Bud Light, Rolling Rock, Guinness—managed to sneak onto the list, too.

On the flipside of the comically large wooden menu are the food offerings, some pub faves (nachos, poutine, crispy chicken sandwiches) and some more ­fancified fare (ahi tuna poke, butternut squash ravioli). The 20 Napkin Burger—that’s a napkin for every ounce of meat—is two patties topped with brisket and bacon, and it’s served wearing a teeny slider like a hat.

The local Six-Pack Sampler, a flight of six Ontario craft beers, the selection of which changes every Monday. 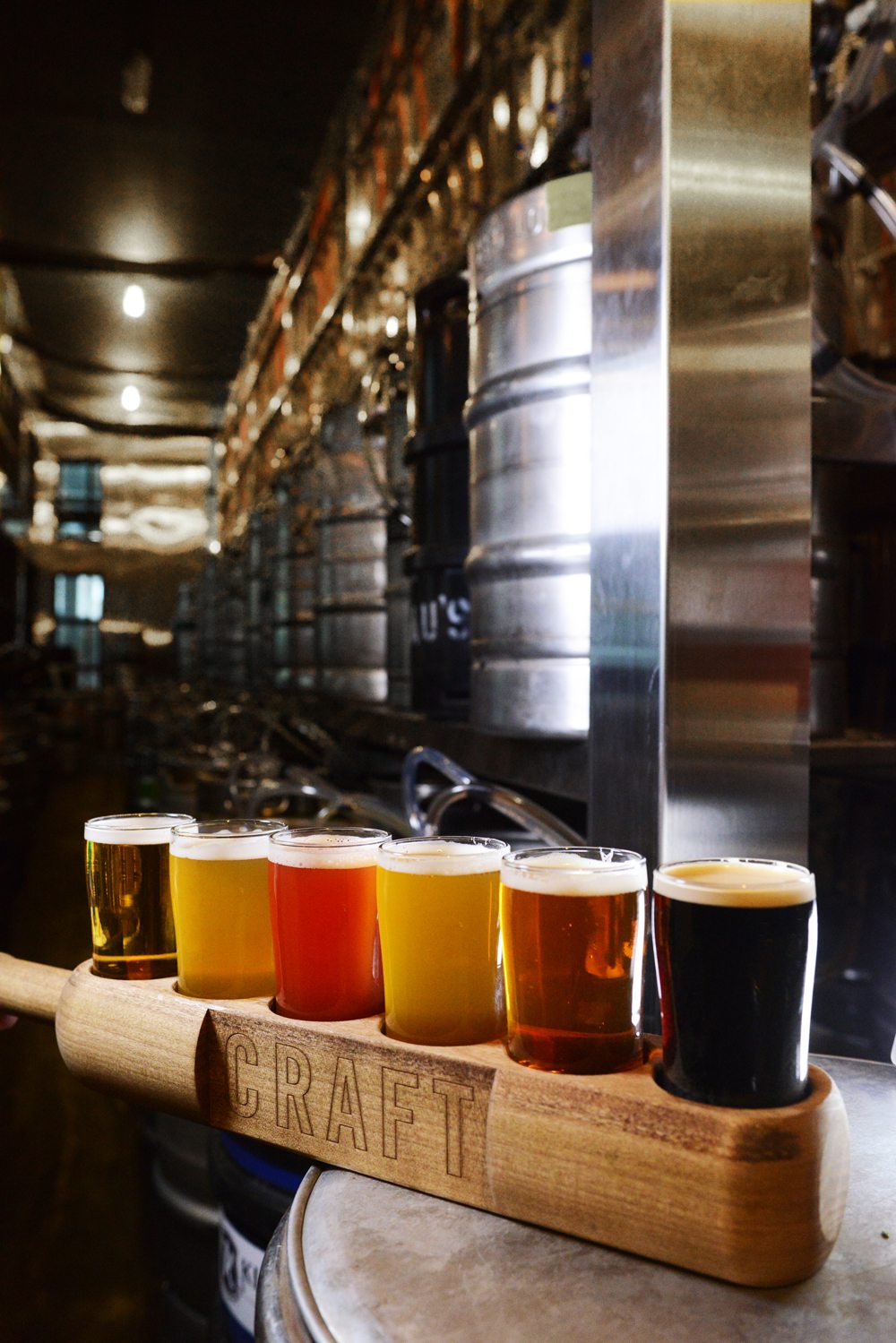 The Nacho Barrel, a pile of cheese-­slathered tortilla chips loaded into the lid of a keg, and served with sour cream and pico de gallo. 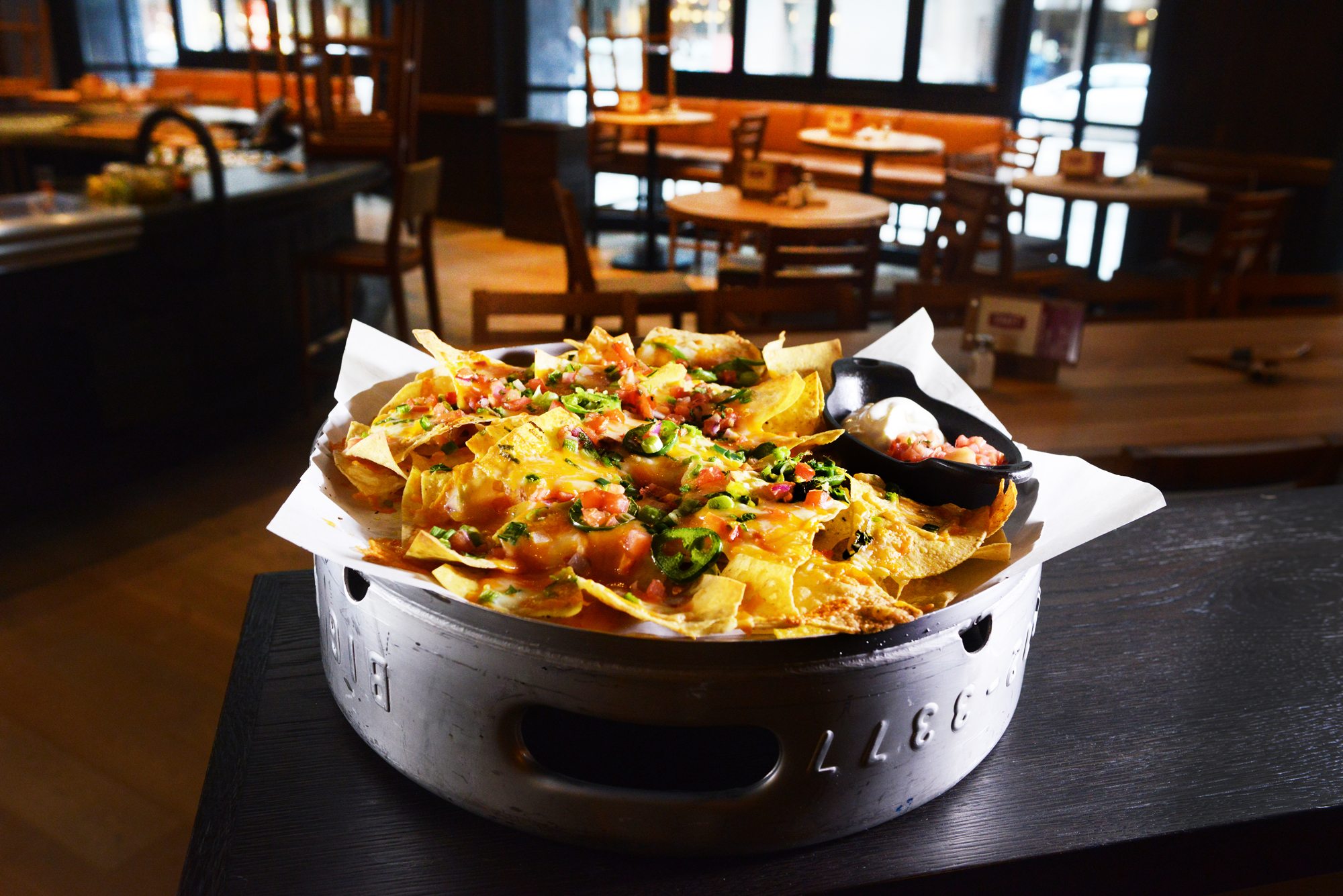 The beer-salted drums and flats are super-crispy, but lacking in flavour besides salt. A side of tomatoey house-made wing sauce adds some zing. 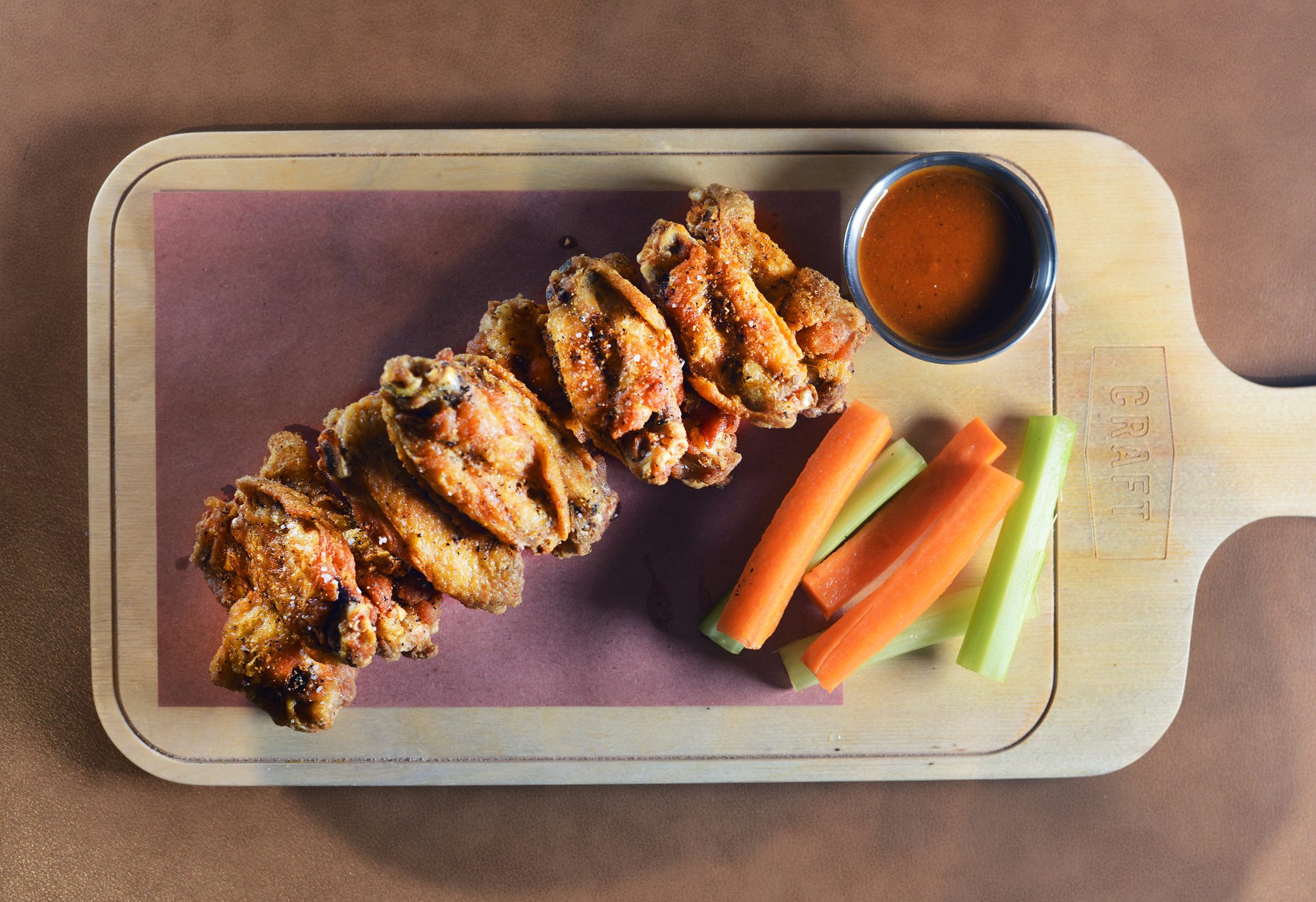 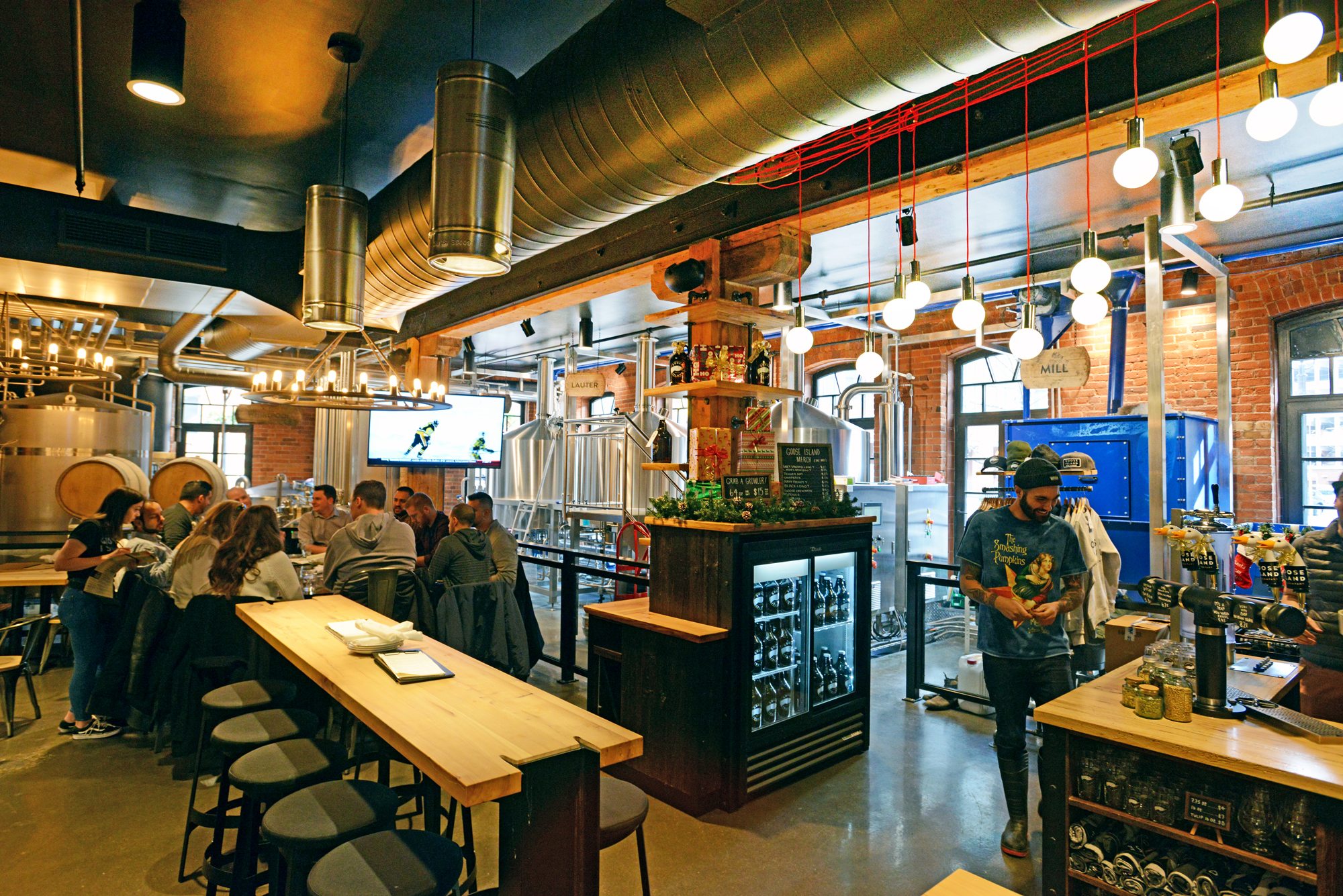 The Chicago-founded brewery set up shop last summer in an 18,000-square-foot St. Lawrence space that it shares with Bier Markt. Twelve taps rotate signature Goose Island brews (Honkers Ale, Goose IPA) and brand-new ones specific to Toronto, like the Midnight Oil, a coffee porter made with Station cold brew. In the summer months, a front patio and a back biergarten more than double the capacity of the 80-seat space, which is bursting at the seams with shiny beer vats and brewing equipment.

The mostly comfort-food menu changes seasonally but always includes some version of a sandwich (sometimes slow-cooked sirloin, sometimes house-cured brisket), a sausage (ballpark-style on a bun or on its own with a soft pretzel and lingonberry sauce), and an all-day breakfast item (a prosciutto-bedecked Benny or smoked bacon pancakes).

Best happy hour special: It’s available at any hour, but a flight of four seven-ounce Goose Island pours for $12 is a good way to get happy.
Artistic cred: There’s a Banksy on Goose Island’s exterior, facing the biergarten, from the elusive artist’s 2010 sweep through Toronto.
TV count: 3, playing sports.
Playlist: Frank Turner, Queens of the Stone Age, Alvvays.

Kuma, a Cascadian dark ale that’s like the love child of a porter and an IPA. 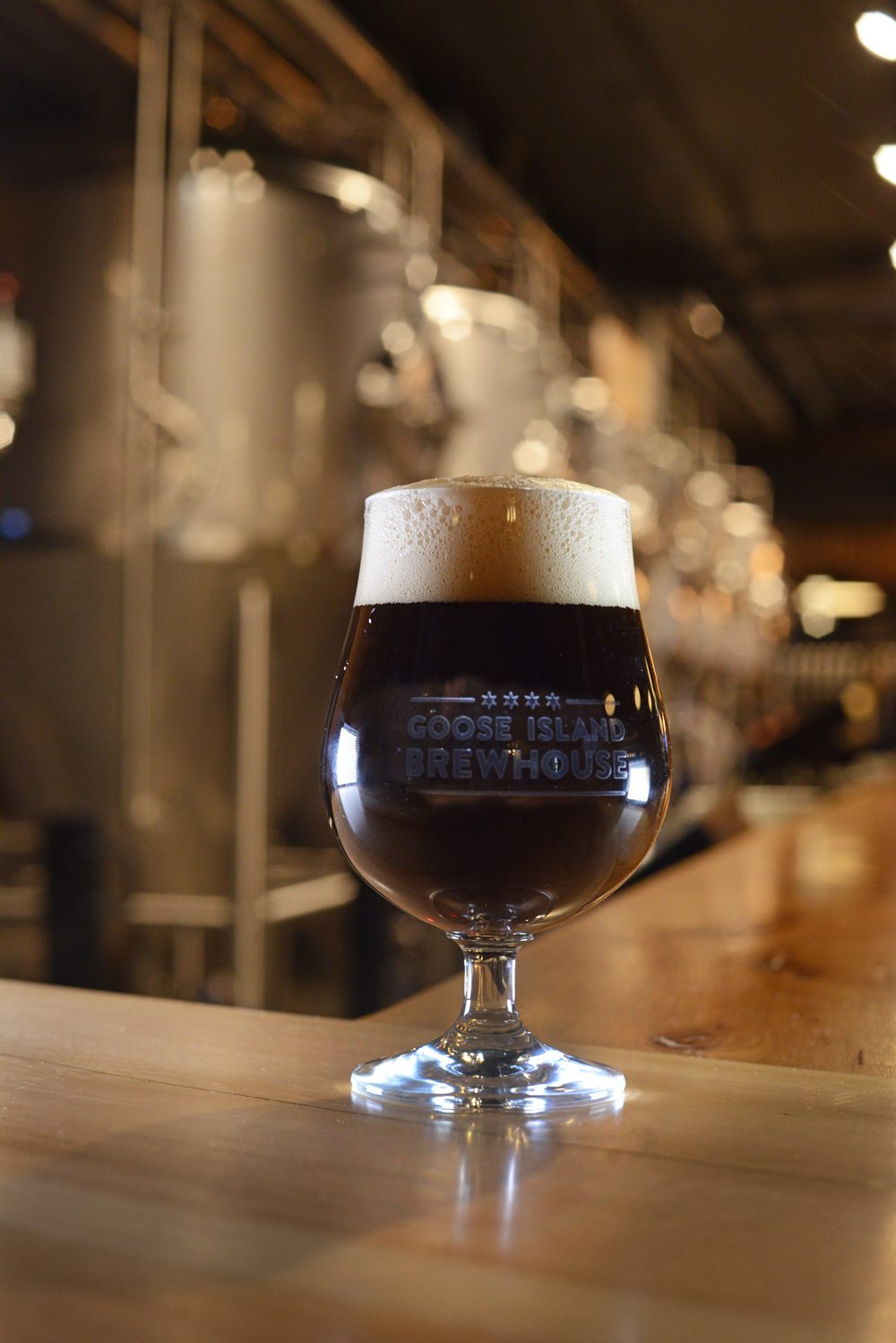 The Chicago-style beef sandwich, a toasted baguette stacked with slow-cooked sirloin, sautéed onions and spicy giardiniera, with fries or salad on the side. 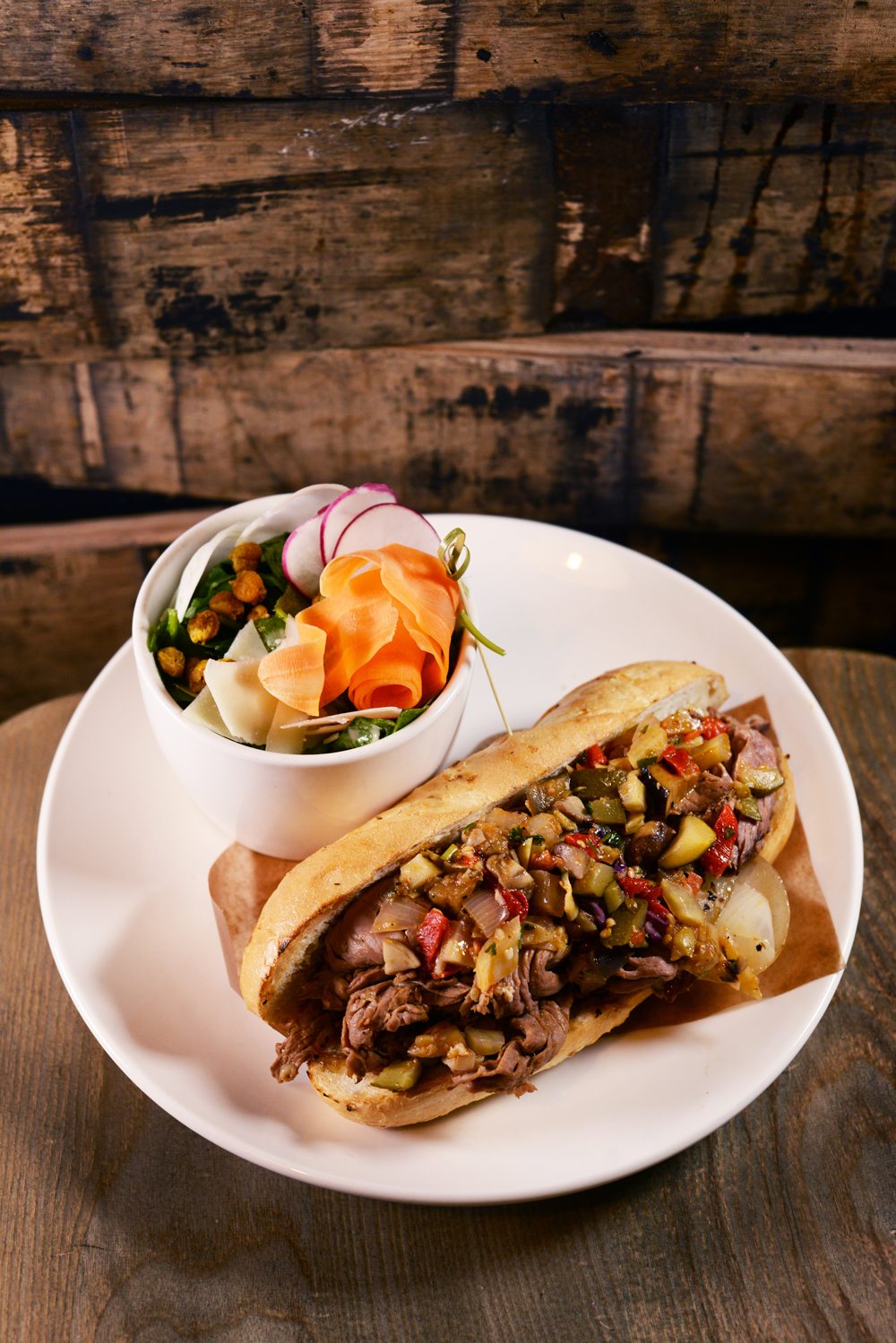 The crispy Frenched wings come in classic hot, mild and barbecue, but we like the sriracha rub, with just enough heat to justify another drink. 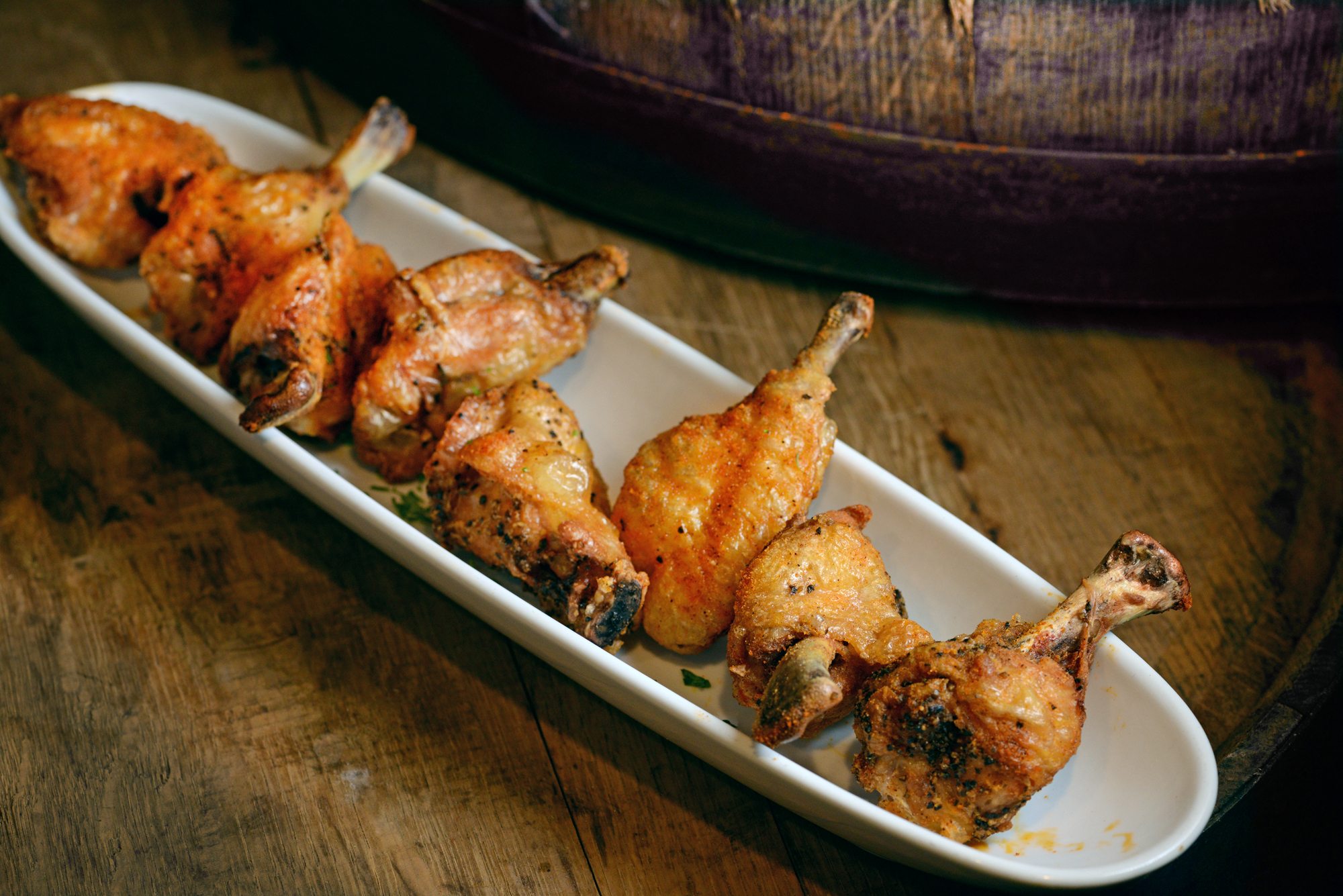 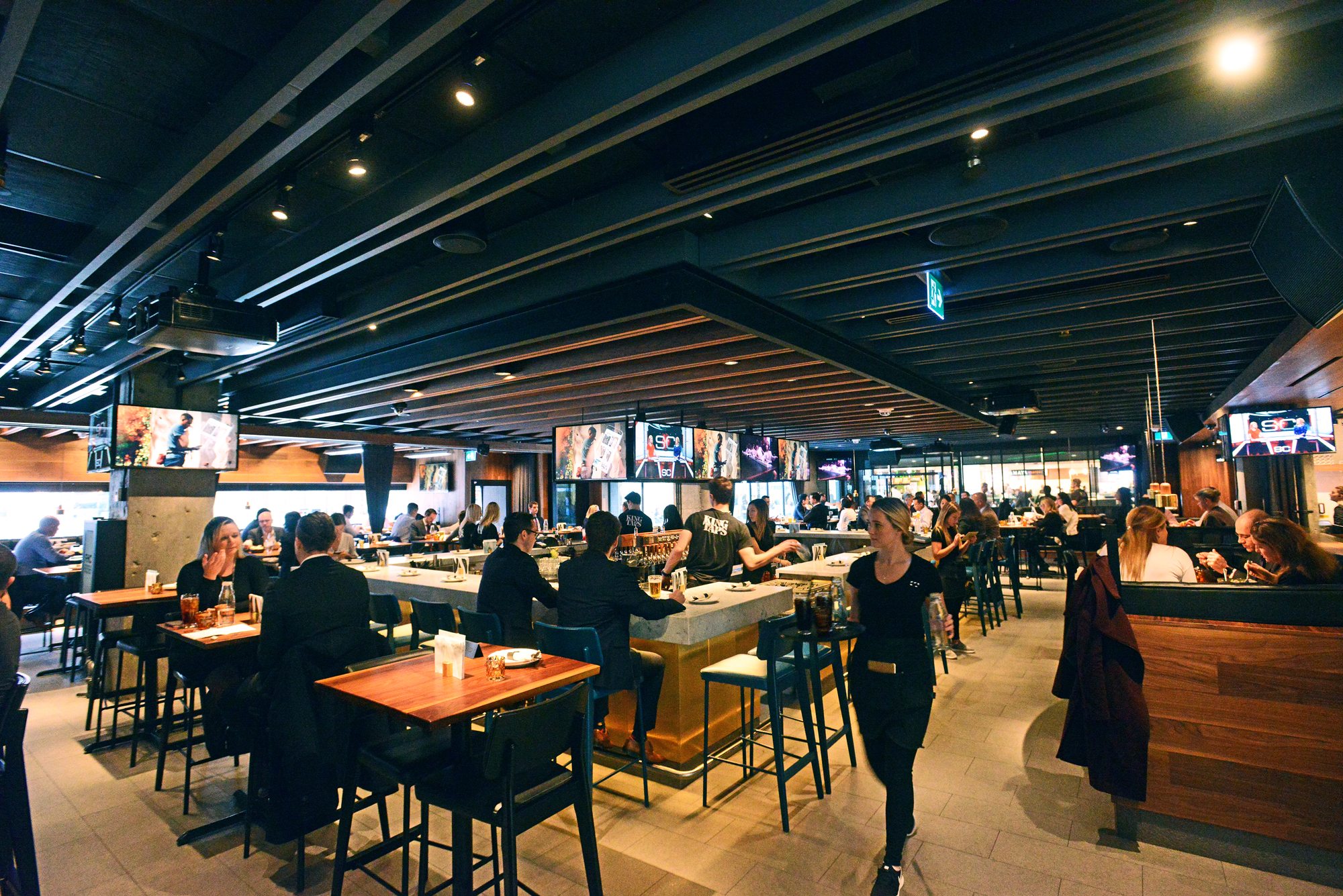 Of all the new beer halls in town, this 450-seat behemoth at the epicentre of the Financial District is where craft beer ­aficionados will feel most at home. The bar pours potables from 72 lines (they don’t call themselves “king” for nothing), and most of them are of the hyper-local kind—Toronto’s own Rainhard, ­Henderson and Blood Brothers are all on tap—but there are some hard-to-find inter­national ones, too, like a super-juicy Kodiak IPA from Sweden’s Omnipollo, canned right here in Toronto at Brunswick Bierworks. A few lines are reserved for cider and even cold-brew coffee.

An expansive food menu covers just about every fathomable craving, including all of the usual bar-food suspects (pizza, tacos, rib-eye steaks, burgers) and does it well. There are even a few healthyish salads and grain bowls for ballast.

A flight showcasing four of the bar’s own collaborative recipes with Ontario breweries, including Creemore, Rainhard, Muskoka and Batch. 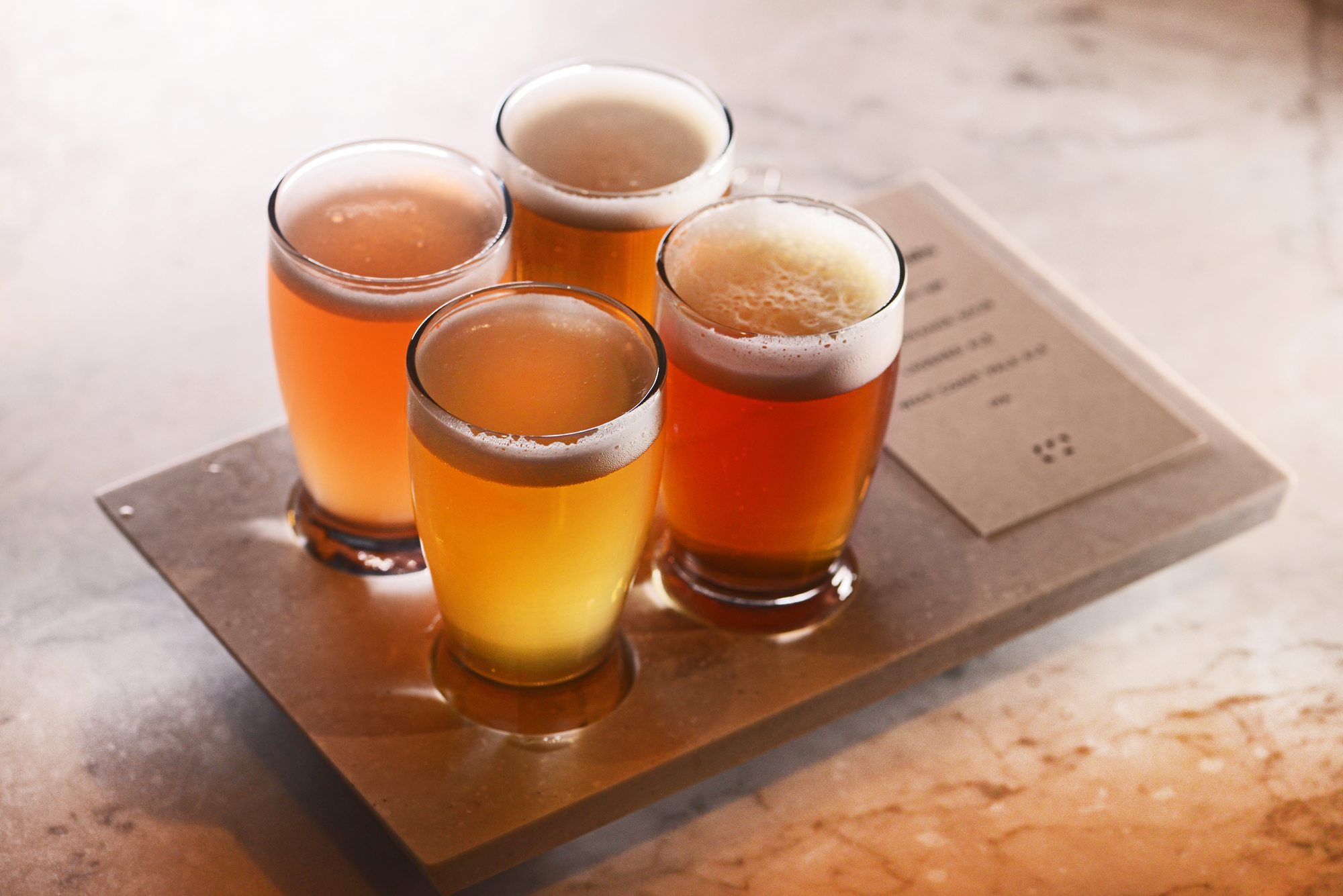 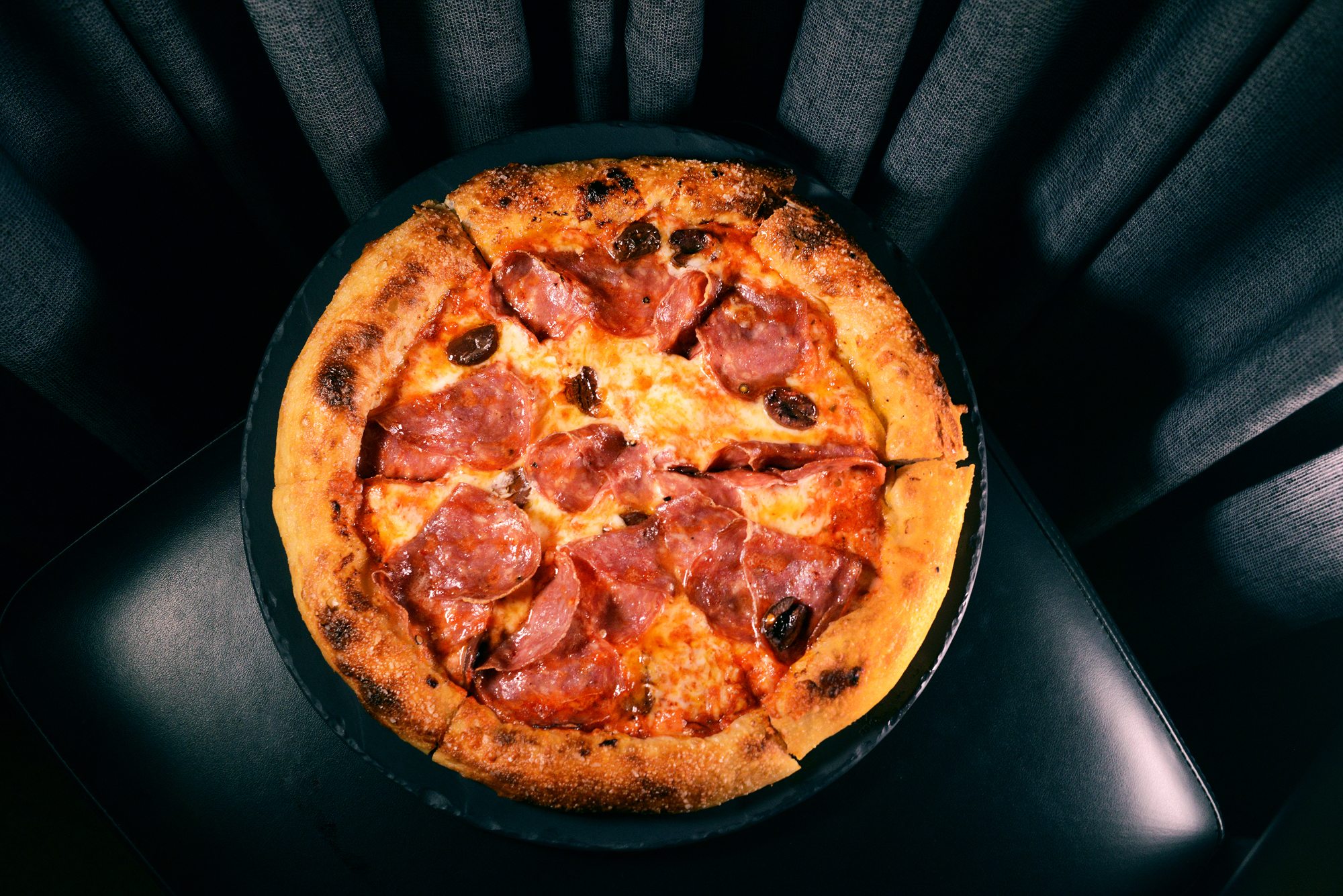 Crispy and dry-rubbed, what the salt-and-pepper wings lack in size (they’re the tiniest wings we’ve ever seen) they make up for in flavour. 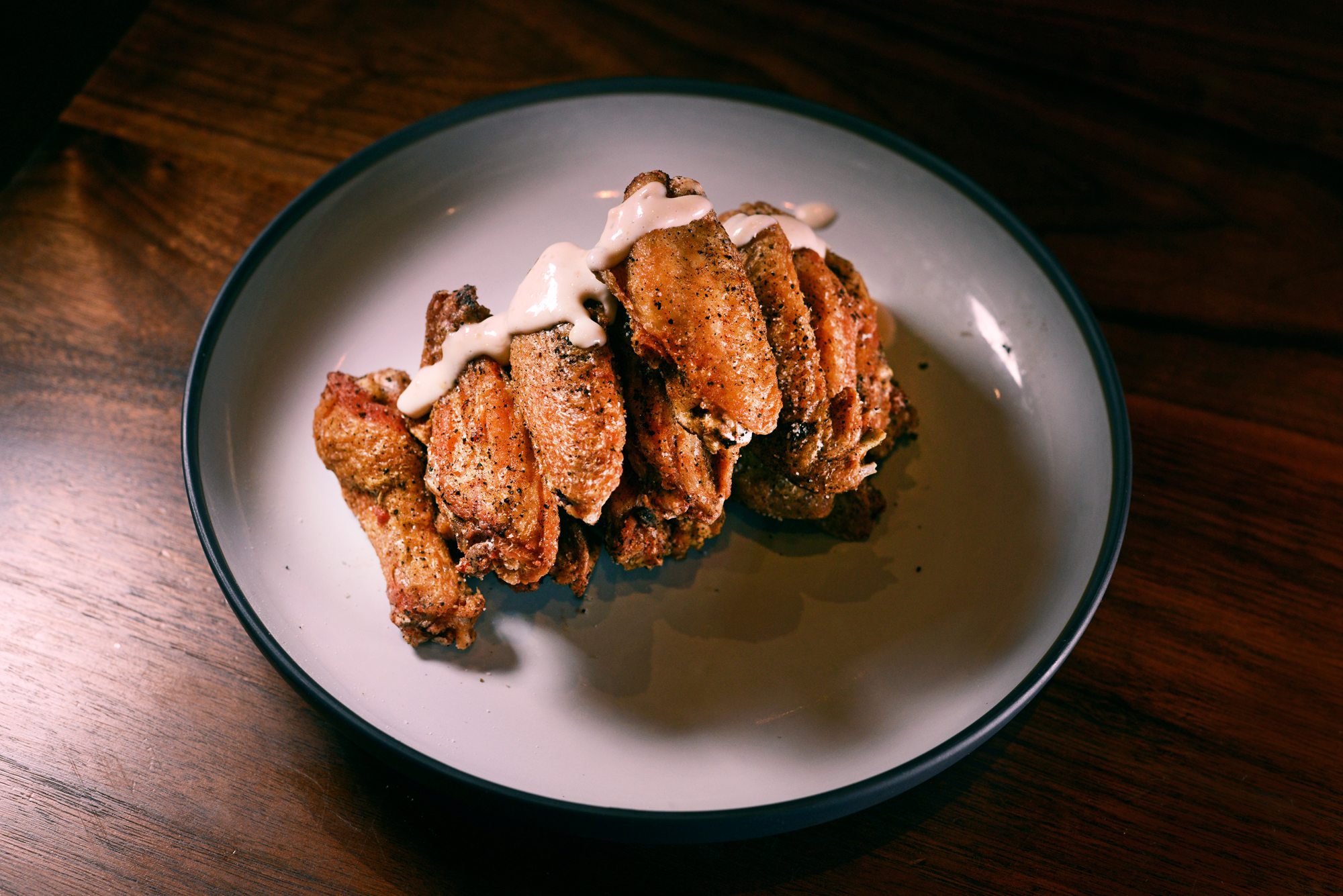 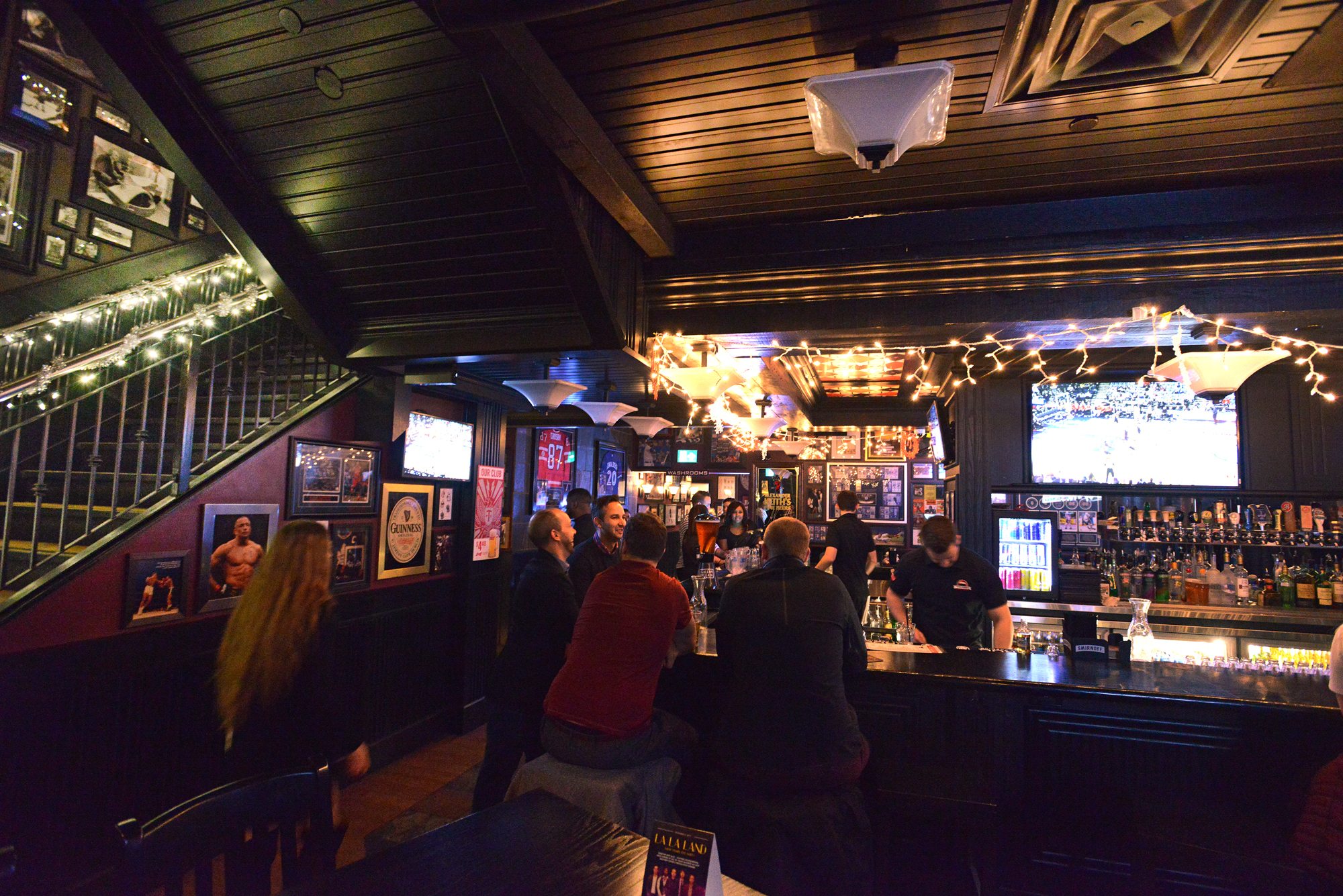 Josh Donaldson could probably hit a fastball onto the Rogers Centre roof from one of the bar stools at this Front Street pub. Non-sluggers can simply walk from the bar to the Blue Jays’ home in about two minutes. (It’s also just under a kilometre to the Air Canada Centre for Leafs and Raptors fans.) Stadium proximity makes this a can’t-miss pre- and post-game spot, but the 770-seat memorabilia-strewn man cave is an appealing place to hunker down even if you don’t have tickets, thanks to a selection of 40 draft beers and 40 flavours of chicken wings.

That’s right: 40 flavours of wings. They’re available wet or dry, mild or spicy, and with a choice of 11 dipping sauces. We like the dry-rubbed lemon pepper wings most of all, but for those about to order the signature Death Wish or dry-rubbed Insanity wings, we salute you. Wings are just 40 cents each on Wednesday.

You can order any of the domestic drafts in a 128-ounce “table keg.” We like the idea of having that much Laser Show, an excellent IIPA from Left Field, at our disposal. 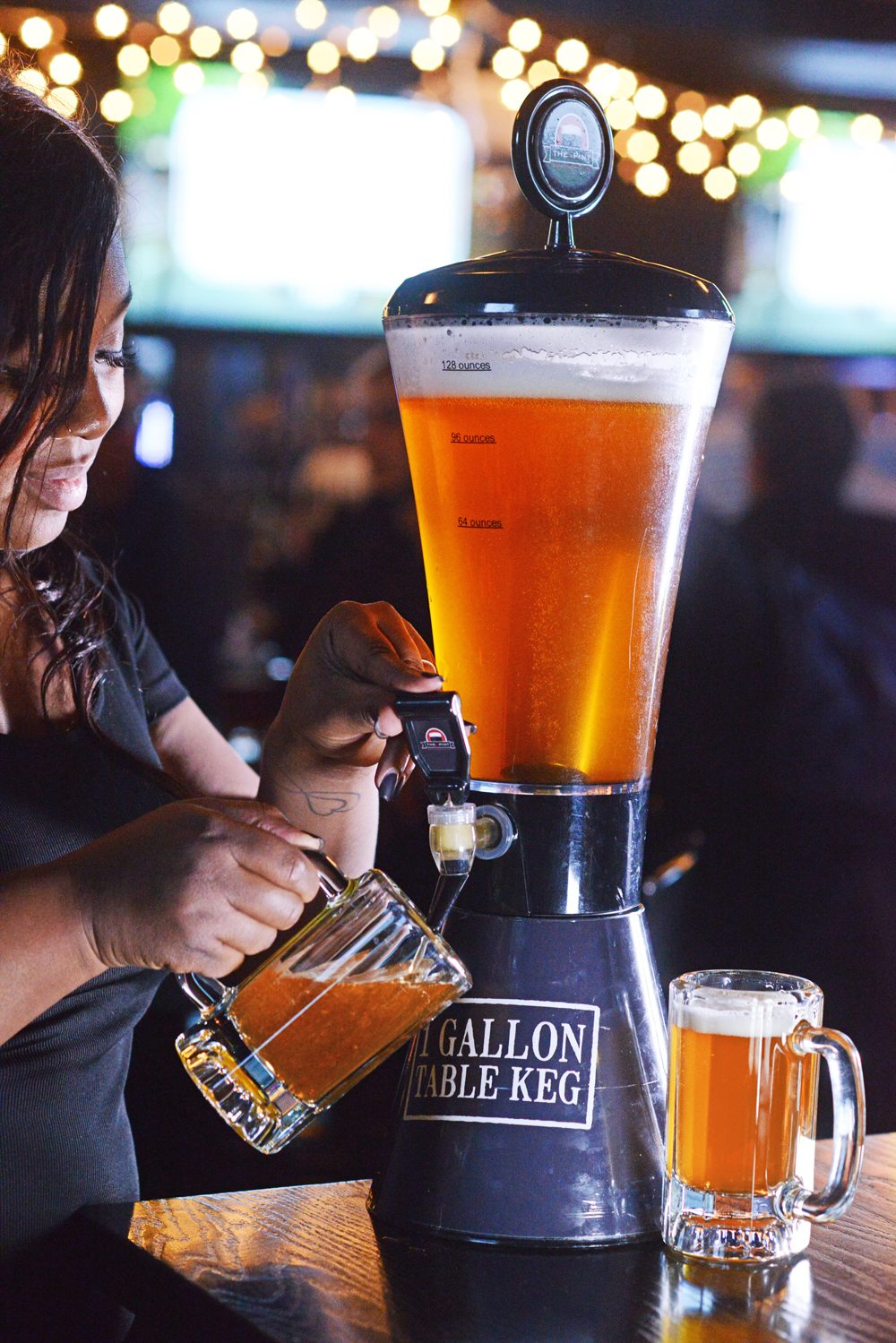 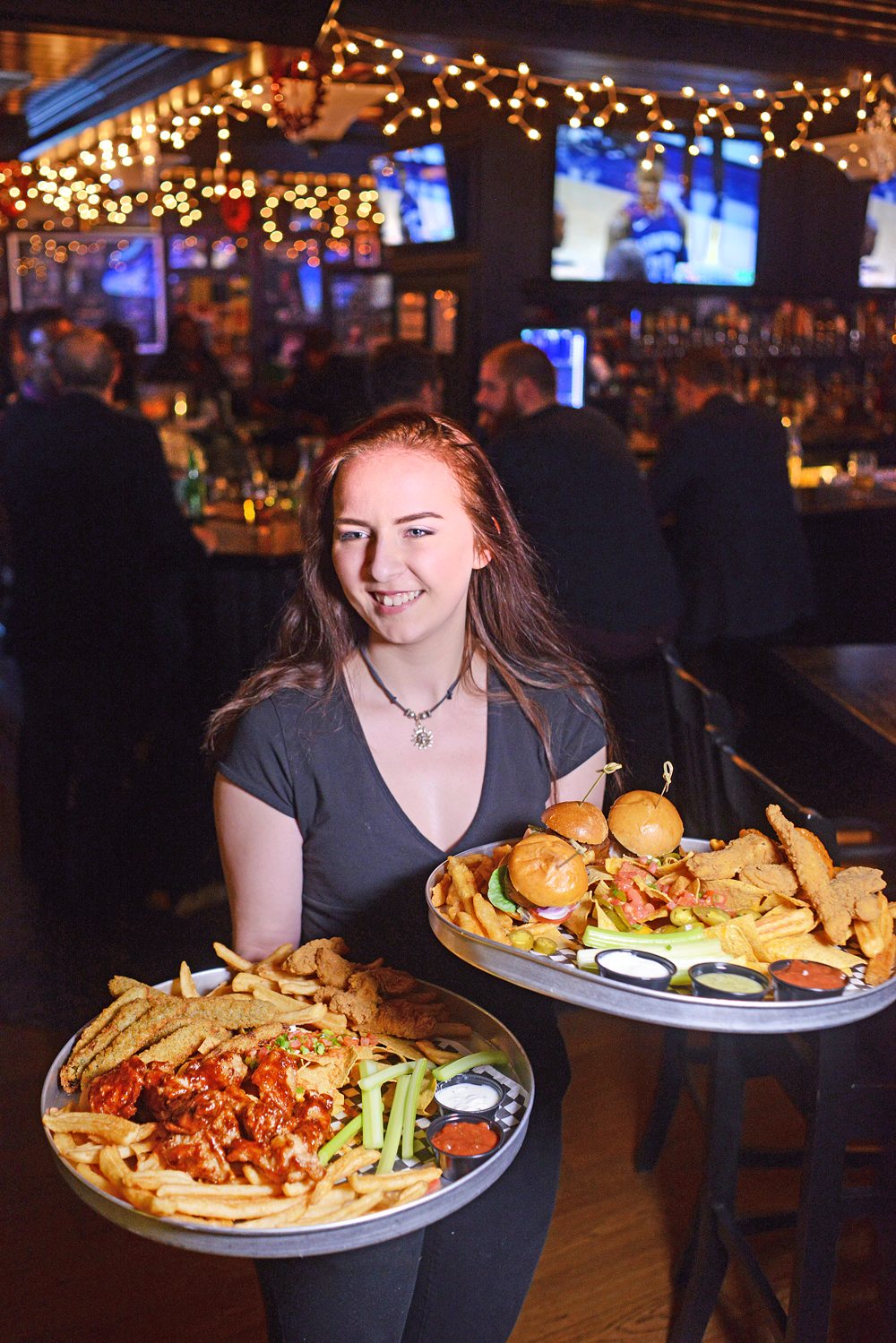 The dry-rubbed wings are super-crisp, juicy and just the right size—it’s shockingly easy to down a dozen of them without blinking. 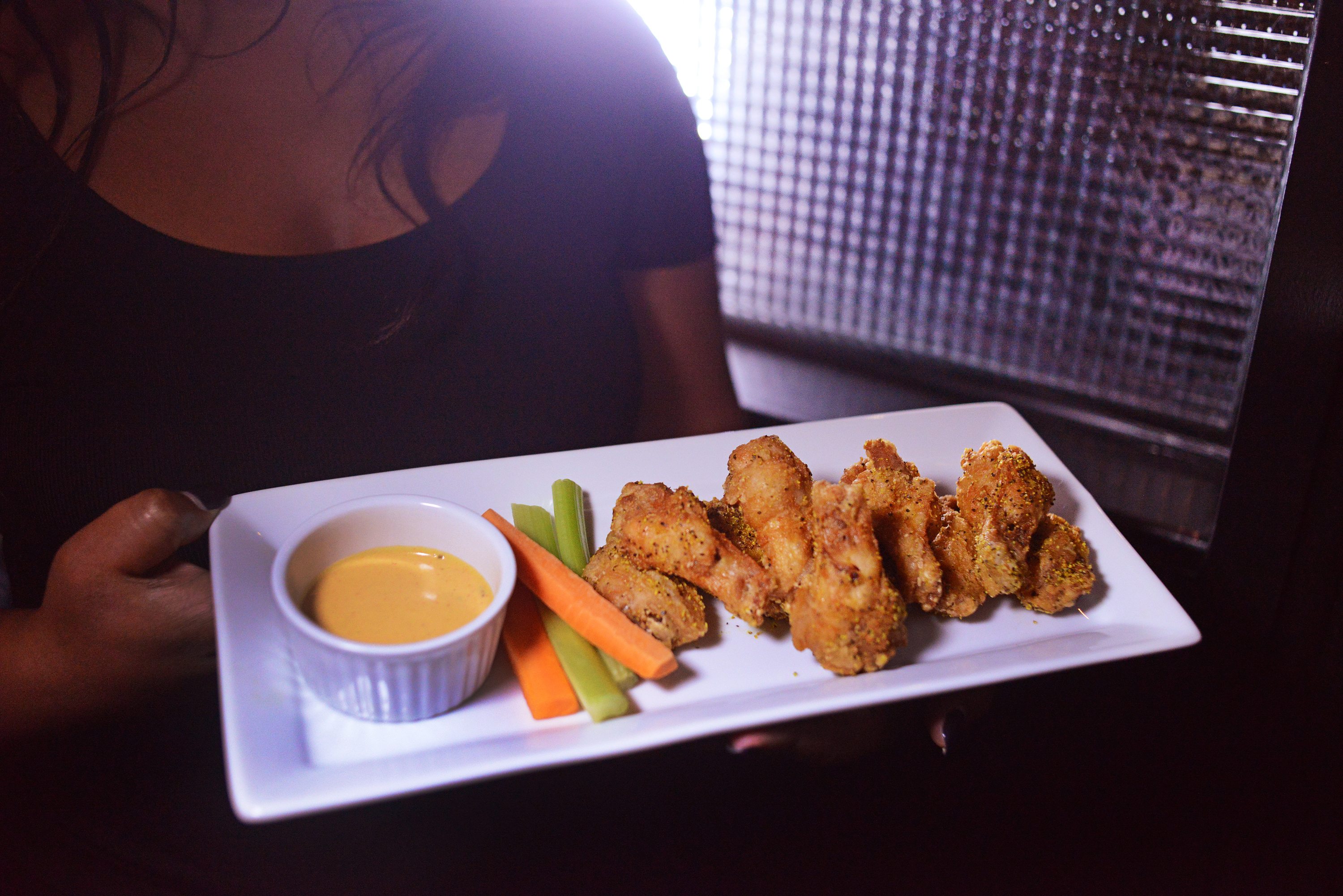 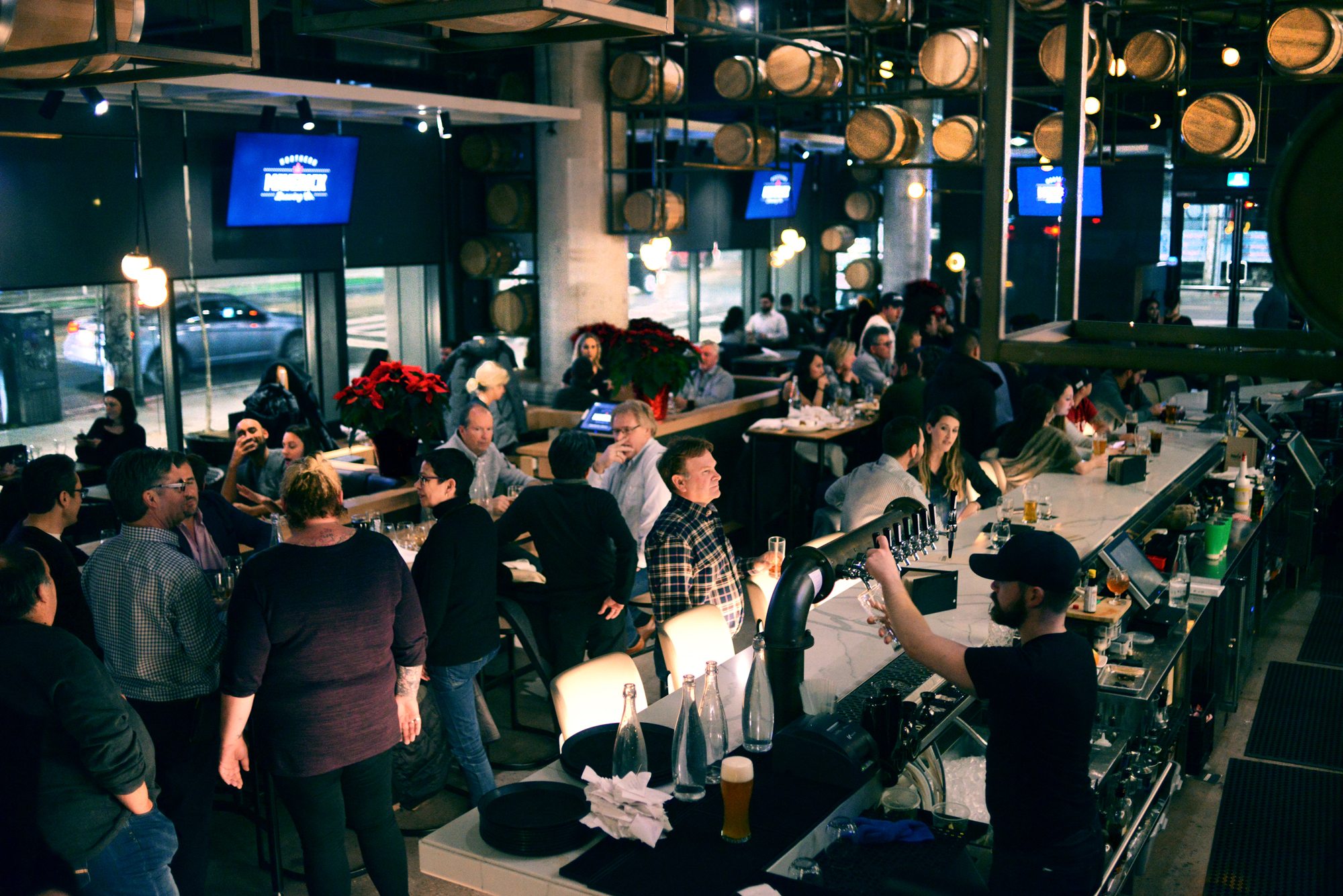 It’s hard to decide if this 11,000-square-foot space on the ground floor of a Bathurst and Adelaide condo is more a brewery with a built-in 285-seat restaurant and raw bar, or a spacious downtown restaurant with a humming brewery inside. The shoe fits both feet. The tap list doesn’t push too many ­stylistic boundaries yet, but the brewing team seem to be prizing well-crafted reliability over fad chasing, and the 10-­hectolitre brewing facility gives them lots of room to experiment.

The menu is more calibrated toward fork-and-knife dining than happy-hour finger foods. That’s no accident: helming the kitchen is chef Mark Cutrara, formerly of the farm-to-table Cowbell. There’s a cheese-and-charcuterie menu, and a quintet of freshly shucked bivalves available for the slurping, in addition to plates of smoked trout, venison tartare and grilled octopus.

Barlie Brown, a winter-perfect American brown ale that offers just a hint of bitterness to balance out the sweet caramel-chocolate of the malts. 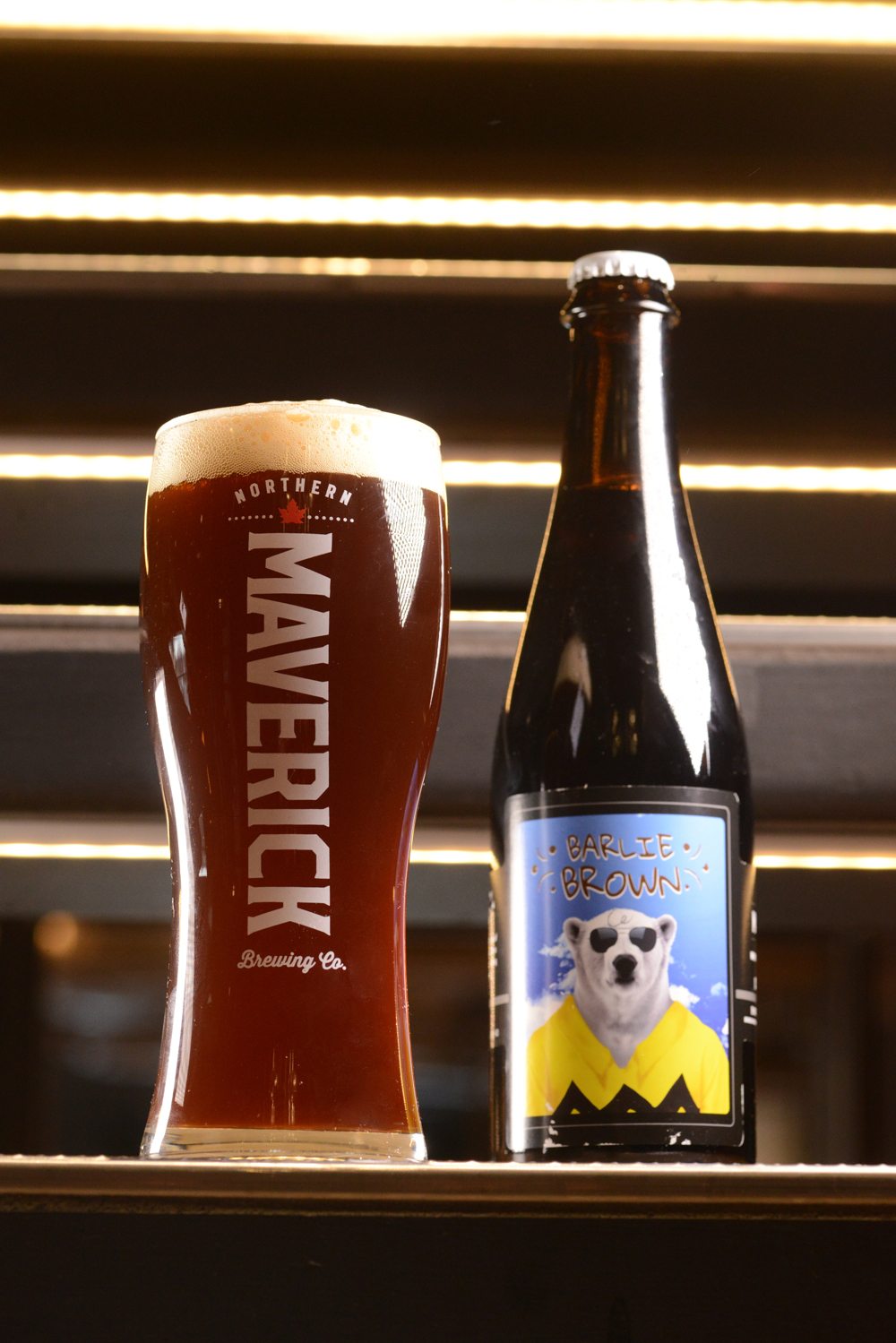 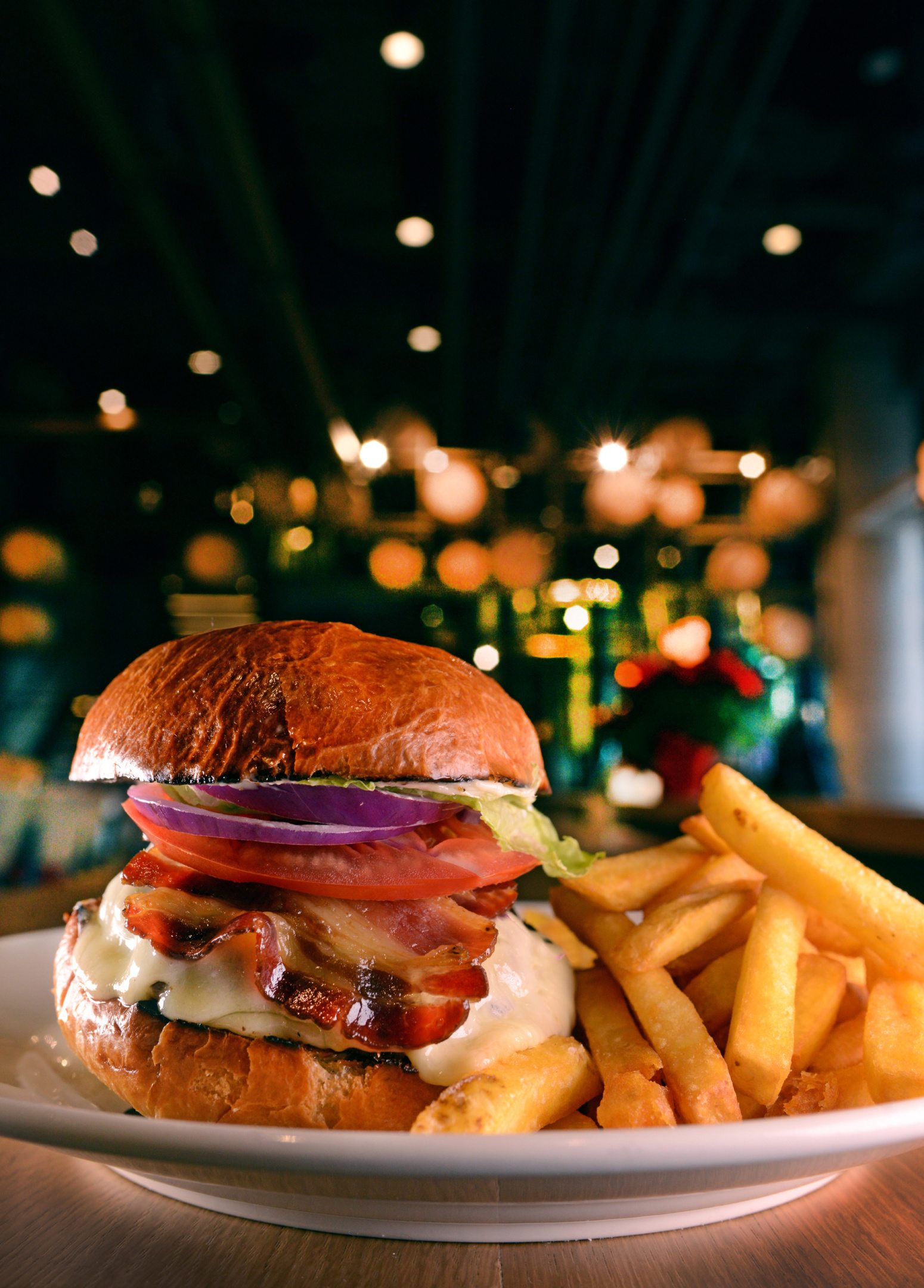 The smoked lemon-herb wings are generously sized, but we found the skin to be a bit clammy for our liking. 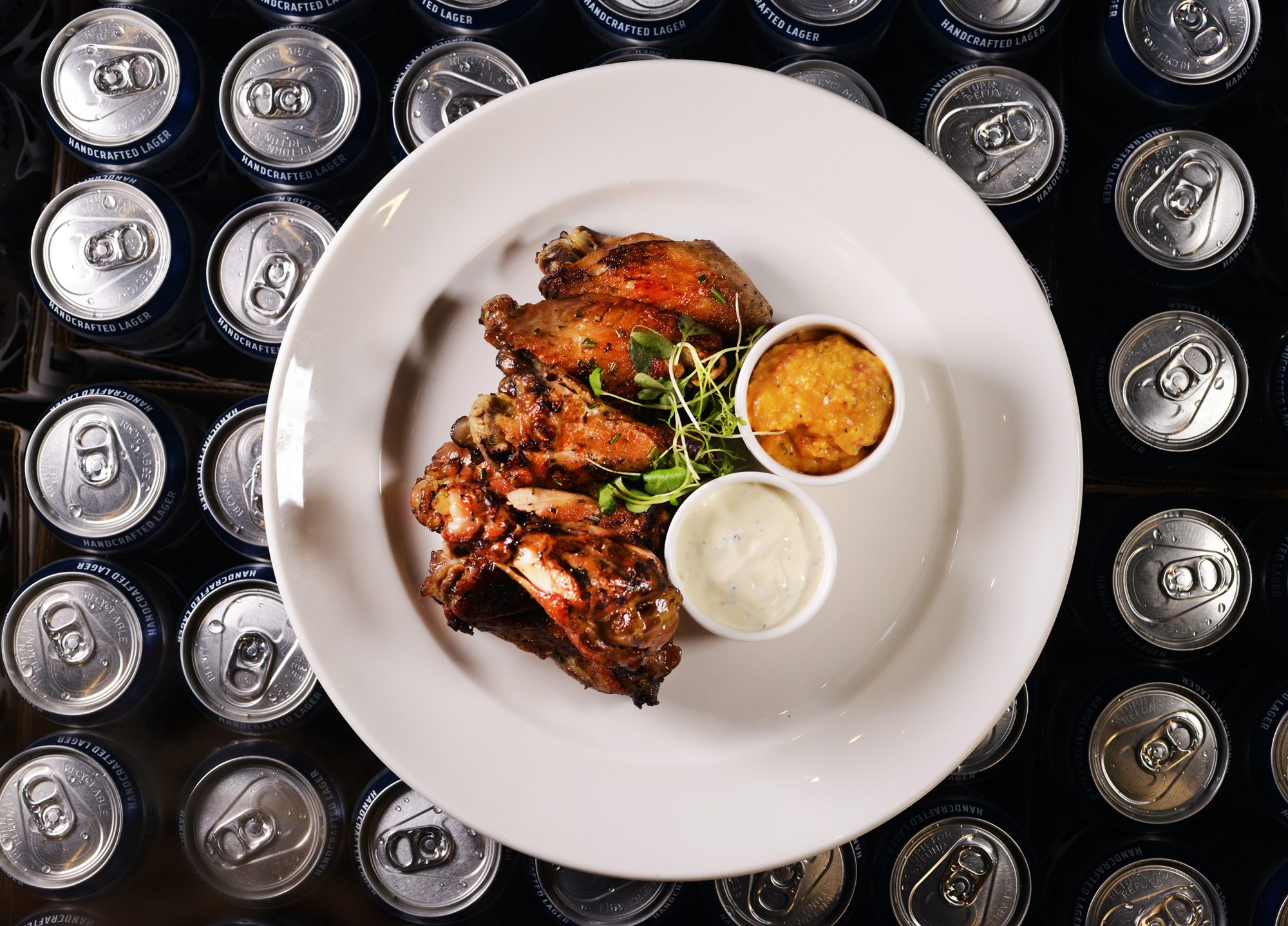