In January’s delivery: Villa Bacchus Winery kicks off the new year with an opulent cabernet franc, a sumptuous gewürz­traminer and a lush Bordeaux­-style blend. Orders must be placed by Jan. 20. 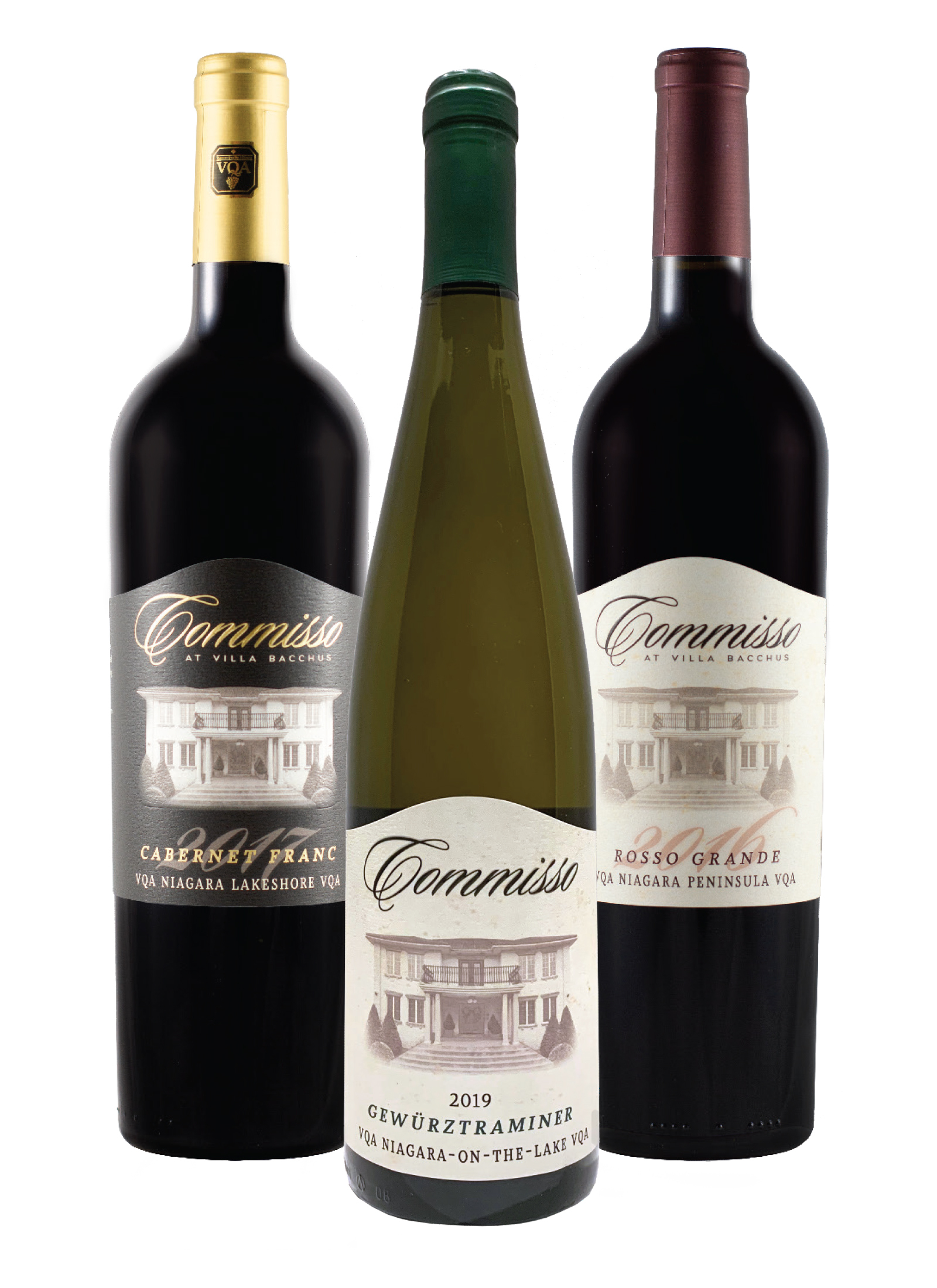 Why we’re into this wine: Winemaker Andrzej Lipinski has produced a wine that abounds in natural flavour, is supported by solid structure and still manages to be fun and light-bodied. A limited run of 100 cases were made of this gem, so club members are in for an exclusive treat.

What it tastes like: A perfumed nose of rose, jasmine, lychee and tropical fruit leads to flavours of pineapple, papaya, light citrus and a warming tone of clove. Delightfully flavourful and wonderfully balanced with an undulating mouthfeel that keeps you sipping.

How to drink it: Serve lightly chilled on its own or with Asian-inspired cuisine, the spicier the better.

Why we’re into this wine: It’s an exemplary expression of cabernet franc, one that would suggest the fruit came from a region typically warmer than Niagara. Aged for just over 18 months in European oak, the wine has integrated beautifully. Subtle tannins are woven into the structure presenting a wine that is robust, full-bodied and balanced yet succulent at the same time.

What it tastes like: Red fruit, black pepper, graphite and pencil shavings on the nose transition to plummy black fruit, earth, green herbs and anise on the palate. Savour the rich, buttery mouthfeel and long finish.

How to drink it: Sip this winning wine alongside roasted game meats, pizza al padellino and bell peppers stuffed with herbed rice and roasted vegetables.

Why we’re into this wine: In an unusual twist for a Bordeaux-style blend, winemaker Andrzej Lipinski puts petit verdot in the forefront with cabernet sauvignon (20 per cent), cabernet franc (15 per cent), merlot (15 per cent) and malbec (10 per cent) supporting. Light aging in European oak for nine months ensures both expansive fruit flavour and depth.

What it tastes like: Generous notes of strawberry, rhubarb, black pepper, tobacco and smoke are expressed in this complex blend. Ripe fruit at first sip moves to savoury and spice notes at the back of the palate. Perceptible tannins temper nicely. The wine has a weighty, velvety mouthfeel with a mild vegetal note on the finish.

How to drink it: Decant if drinking now, or cellar for 2-3 years. Pair this rich wine with barbecued meats and grilled nightshade vegetables.