In November’s delivery: An exceptional bundle from Beamsville’s Alvento Winery, which includes a beautifully aged nebbiolo, a traditional-method sparkler and an appassimento-style cabernet sauvignon. Orders must be placed by Nov. 19. 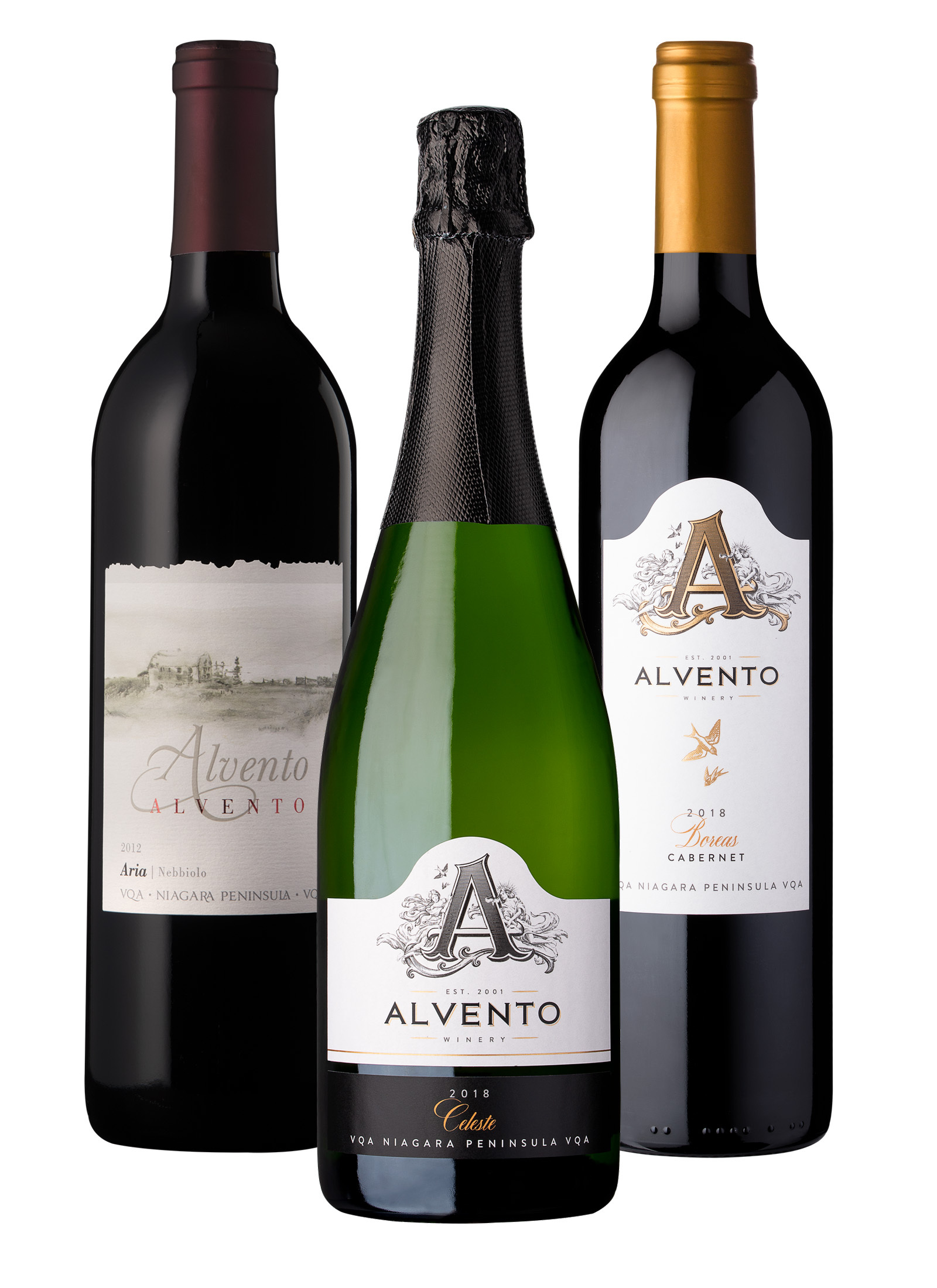 Why we’re into this wine: In a year where many celebrations have been muted, this versatile sparkler adds flair to any moment. Fermented bone-dry in the traditional method, this blend of chardonnay (85 per cent) and pinot noir was disgorged “au naturel” at 14 months with no additional sweetness added to the dosage.

What it tastes like: Beautiful aromatics lead to subtle flavours of yellow apple, peach and citrus. This is a lean, crisp sparkling wine without a hint of sweetness, which makes it incredibly adaptable and food friendly.

How to drink it: Sip on its own or in a kir royale, or uncork it during brunch for zippy mimosas. A great match with light bites and brunchy foods.

Why we’re into this wine: It’s a powerful, full-bodied red produced from two different cabernet sauvignons. The first, an appassimento-style cabernet, was made from grapes that were dried to achieve a higher concentration of sugars and tannins, while the second was traditionally produced. Both cabernets were aged for 19 months in French oak before they were blended. The result is a wine with a cornucopia of flavour, depth and complexity, and excellent structure that will support further cellaring.

What it tastes like: Jammy blackberry, mint and spice on the nose with dark berry fruit and plum emerging on the palate, along with savoury notes of black pepper, clove and green herbs.

How to drink it: Decant if drinking now, otherwise cellar for two-to-five years. Goes well with pasta bolognese and flame-grilled meats.

Why we’re into this wine: An Italian grape traditionally grown in the Piedmont region, the nebbiolo in this bottle is grown in the Niagara Peninsula—a true rarity. Brick red with tawny highlights, the aromatics are refined and the palate is complex. Already advanced in bottle aging, the wine has retained its structure and balance beautifully.

What it tastes like: Gorgeous aromatics of dark cherry, fig, earth and vanilla carry through in measure to the palate. An initial hit of fruit yields to a more nuanced flavour profile that is layered with delightful surprises such as a subtle lift of anise on the finish.

How to drink it: This nebbiolo will harmonize perfectly with apple-braised pork shanks, strong cheeses like pecorino and fennel-infused sausages with caramelized onions.