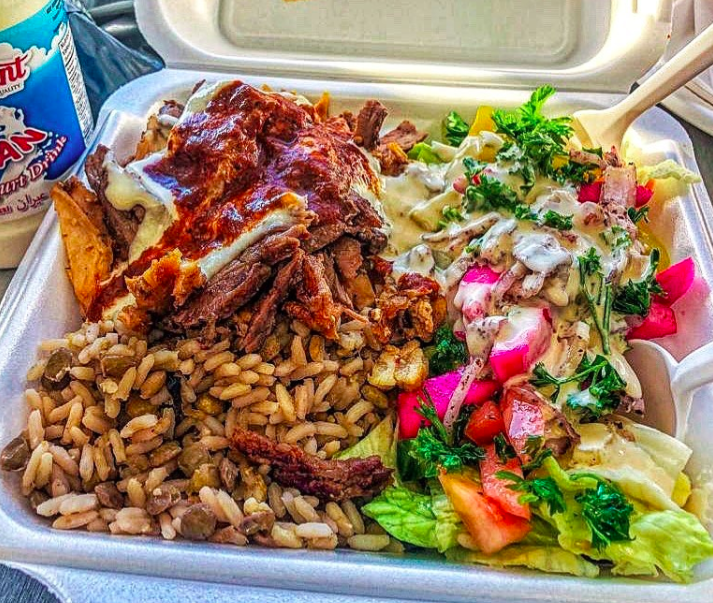 10 of the best restaurants in Scarborough for takeout and delivery 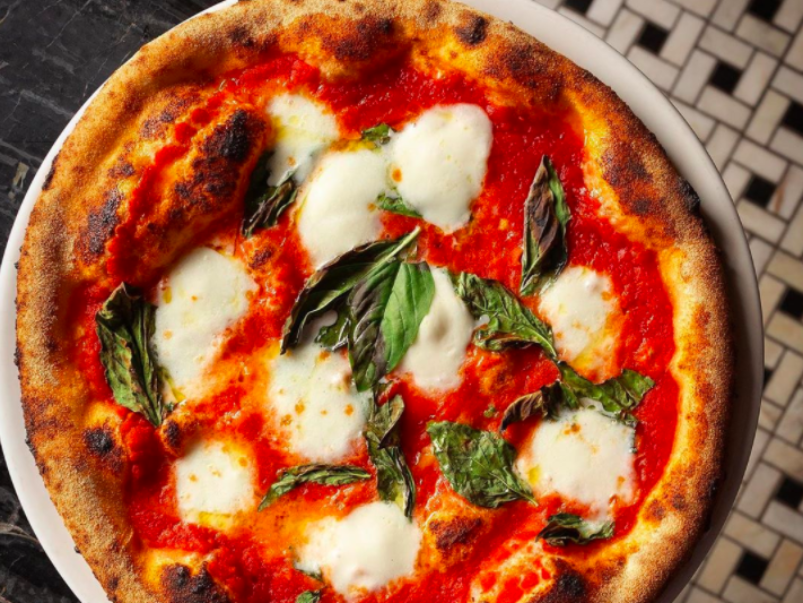 10 outstanding restaurants in Oakville for takeout and delivery

The Mississauga neighbourhood of Cooksville is often referred to as the hub of the city due to its central location and assortment of retail and entertainment offerings. So, it comes as no surprise that the area also has plenty of stellar restaurants and takeout spots. In this edition of our grab-and-go suburban eats series, we check out what Cooksville is, well, cooking up.

Owned and operated by second-generation British couple Aaron and Sarah Harris, this wonderfully retro bakery boasts over 30 kinds of doughnuts. The most popular pick is the Homer Simpson creation (a pink vanilla dip), but you can’t go wrong with any of their other quirky creations, including the vegan Fakin’ Maple Bacon. Savoury goods like ham, cheese and onion pasties and cheese buns are also available. 589 North Service Rd., Mississauga, 905-276-9090, daddyodoughnuts.com

This popular spot serves up to-go Pakistani and Indian classics like tender lamb biryani and malai boti (chicken marinated in a cream sauce of green chilies and cumin). If you’ve never had it before, the maghaz masala (beef brain cooked with onions, ginger and garlic) is worth a step outside your comfort zone. 35 Dundas St. W., Mississauga, 905-268-0088, barbqtonite.com

Owner and chef Bassam Esbeit doles out delicious tastes of Lebanon at this three-decade Cooksville institution. The beef shawarma sandwich, falafel plate and mixed grill plate (chicken, shish, and kafta kebabs) are big draws, and the family platter meal deal (a bunch of kebabs, hummus, tabouli salad, rice, falafel and bread) can feed a bubble-compliant crowd. And be sure to grab some of Esbeit’s house-made pistachio baklava and namoora (honey cake). 105-3050 Confederation Pkwy, Mississauga, 905-949-0222, tarboosh.net

This halal-friendly lunch counter inside Newin Centre Mall is owned by Haji Muhammad Jamil, who has been a part of the GTA’s culinary landscape since 1998. The menu appeals to a wide variety of palates, listing everything from lamb curry, murgh cholay (chicken and chickpea curry) and paye (trotter stew), to whole tandoori chickens, shrimp masala and Jamil’s specialty, brain masala. 2580 Shepard Ave., Mississauga, 905-279-2345, tabaqrestaurants.com

You’ll smell the rotisserie chicken and leitao (roast suckling pig) well before this 25-year-old Portuguese barbecue spot comes into view. In addition to those top-sellers, they also make stellar bifanas (grilled pork cutlets) and pork ribs. If you have room for dessert, order a few of their beautifully burnished Portuguese custard tarts. Hot tip: bottles of their popular piri-piri sauce are available for purchase. 2500 Hurontario St., Mississauga, 905-270-5060, mariosbbq.com/foodticket

A post shared by Hamilton Food Authorities (@steeltownchowdown) on Aug 4, 2020 at 9:04am PDT

For those seeking to satisfy a sweet tooth, a stop at this Japanese bakery all but requires an order of  their famous double-layer cheesecake (New York–style cheesecake topped with a mousse cheesecake), a six-pack of macarons, and madeleines dipped in flavours like earl grey, raspberry and caramel apple. And while it’s still kinda warm, get some refreshing bingsu (shaved ice) for the ride home. Not into sweets? They also have savoury creations, like cheesy, deep-fried “frankendogs” and potato scones. 257 Dundas St. E., Mississauga, 905-896-7888, no website.