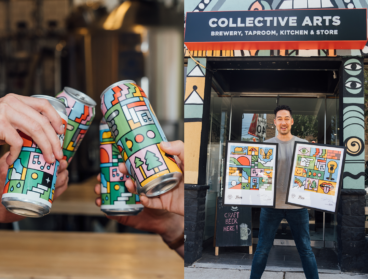 Cans as canvasses: serving up creativity and positivity

Collective Arts Brewing provides a refreshing platform to cultivate creativity through its community of artists, one craft beverage at a time. 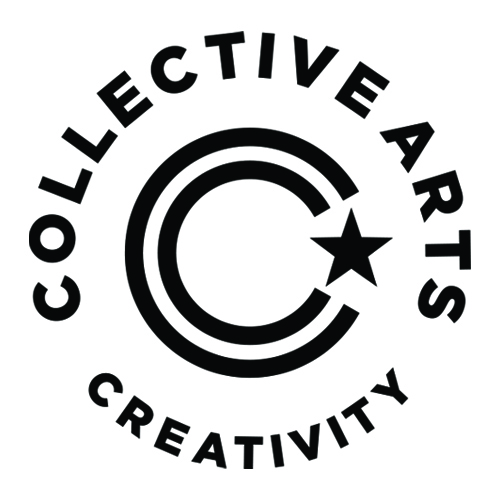 We’re often drawn to a product because of its pretty packaging. But how often does that packaging actually mean something? For more than a decade now, Collective Arts Brewing has elevated its craft beverage cans and bottles to become a portable gallery for artists to showcase their work and make meaningful social commentary. Its beverages give artists an unusual medium to reach new audiences and, on the flip side, the drink canvases expose craft beer enthusiasts to artwork they might not experience otherwise.

“There’s nothing cooler than walking into the LCBO and seeing my art on the shelf or showing up to a party and seeing cans with my art being passed around,” says designer and illustrator Tim Singleton.

All that to say, it’s not just pretty packaging.

“Working with thousands of artists over the years has been the biggest driver for us to push through mediocrity and continually innovate so that the products we make are as refined and thoughtful as the work on the outside of the can,” says Matt Howell, Collective Arts’s head distiller and cider-maker.

Collective Arts believes that creativity makes the world a better place because it challenges the status quo. That’s why it uses its beverage containers as a platform to champion artists and causes such as Pride and women’s rights.

Check out this video to see Collective Arts’s refreshing creativity come to life.

Working with artists helps Collective Arts continually evolve, so naturally, the brewery loves to support artists in return. When Singleton was asked to collaborate on Collective Arts’s 2020 Pride campaign, he felt uplifted by the experience. “It’s a really affirming feeling when your art is amplified like this,” he says.

Singleton’s artwork, which he describes as “surreal, queer and incredibly colourful” has graced billboards, TV, books, magazines and buildings, and now–beer cans. “It honestly feels iconic and it’s the encouragement I need some days to keep going as a creative.”

Avril Wu, a multidisciplinary artist and designer with a vibrant geometric aesthetic, agrees. Working on various projects with the brewery, such as cans, bottles, murals and merchandise, helped Wu “to explore my creative freedom, challenge and stretch my creativity and get exposure to new audiences,” she says. “This process has allowed me to delve deeper into the journey of developing further as an artist, personally and professionally.”

For artist, illustrator and designer Andrew Patterson, who explores the subject of mixed-race identity in his work, Collective Arts’ platform proved to be “a real shot in the arm” for his artistic journey. The call-for-art format gave Patterson a chance to further his personal art practice and separate it from his commercial work. “It’s a more democratic way for young artists to build the momentum needed to get noticed,” he says. “Honestly, it’s tough out here for artists. Collective Arts seems to always come up with fun ways of supporting us.”

For muralists Shalak Attack and Bruno Smoky, the duo behind Clandestinos Art, having their art on Collective Arts beverages meant they “were able to share our art with a broader audience and in a different context. People who followed our art and murals had a different surface with our creations that they could collect.” The pair collaborated with Collective Arts on several projects, including a large mural at the Hamilton brewery and another mural at the RendezViews patio in downtown Toronto. “It’s been amazing to grow our relationship with Collective Arts as they truly support and believe in the arts and the artists themselves,” says  Smoky.

Similarly, designer and illustrator Blake Stevenson, who is a longtime fan of craft beer, was quick to embrace Collective Arts cans as a platform for art. “It immediately spoke to me,” he recalls. “At the time, it seemed like a pretty cool experiment. Years later, it has become so much more.” For Stevenson–whose playful style is influenced by 1980s and ’90s pop culture–having his art on cans makes it approachable. “Sometimes art can feel out of reach and hard to understand for many people,” he says. “Making art accessible has always been a goal of mine and what is more accessible than having your art present while people are hanging out, having a few drinks? That is a pretty rad way to distribute creativity to the world.”

To learn more about Collective Arts’ beverages and its creative community, visit collectiveartsontario.com.