What pizza is to New York and Chicago, okonomiyaki is to Osaka and Hiroshima. Both Japanese cities tout the supremacy of its savoury pancakes, which are stuffed (Osaka style) or stacked (Hiroshima style) with such ingredients as oysters, bacon, soba noodles, cheese and even mochi. The name translates roughly to “grilled how you like,” because there’s no right or wrong way to dress up this Japanese soul food. The only loose rule: okonomiyaki are typically topped with mayo, tangy okonomi sauce and shaved bonito. Here are six versions—some authentic and some totally Toronto—you can try without booking a trans-Pacific flight. An almost aggressively cheery chorus of “irasshaimase” welcomes guests to Kinka Izakaya. Here, the okonomiyaki batter, chock full of squid and winter vegetables, is pan-fried then deep-fried for a puck that’s crispy on the outside and cakey on the inside. It’s dressed with bonito flakes and karashi mayo, then cut into wedges before it hits the table. $7.90. Three locations in Toronto, kinkaizakaya.com At this Kensington grab-and-go counter, owner Christinn Hua uses a crispy crêpe in lieu of a pancake for her take on okonomiyaki. The decadent roll-up features fat-marbled pork—braised in miso and soy until it’s melt-in-your-mouth tender—with tangy okonomi sauce, cabbage, carrot, Kewpie mayo and bonito flakes. Those keen to push the hand-held meal to the brink of its architectural stability can opt to add an egg to the mix for an extra $1. $8.85 161 Baldwin St., 416-977-1922, milliedesserts.com Chef Hans Vogels starts with a by-the-book North American pancake batter, then adds grated yam, white kimchee made with whole chilies (which are removed before the dish is served), Bartlett pears and cabbage. After a few minutes on the plancha, his concoction is meaty in the centre and fluffy at the edges. He tops it with gem-like cubes of smoked pickled turnip, spicy dehydrated kimchee crumbs, shaved bonito, pickled jalapeños and Kewpie mayo. $7. 190 University Ave., 647-253-6225, noodlebar-toronto.momofuku.com U of T students have hightailed it to Okonomi House since 1978 to fill up on its namesake dish. The variations here are endless, but we love the combo of chicken, bacon, sprouts and onion. Think of it as a Japanese club sandwich slathered in okonomi sauce and topped with a dollop of sweet mayo. $10.95. 23 Charles St. W., 416-925-6176 Fishmonger-turned-restaurateur John Bil went through a half-dozen okonomiyaki permutations before settling on this hearty stack, which mimics the regional style served in Hiroshima. He buries a cloud-light cake made from grated nagaimo yam under layers of shredded cabbage, hard-cooked egg and buttery halibut (or another catch). The belt-busting result is topped with wisps of shaved bonito. $16. 2766 Dundas St. W., 416-604-9992, honestweight.ca 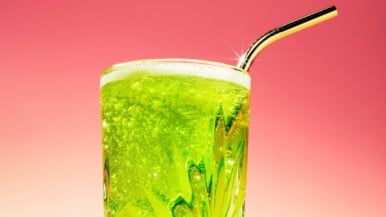 Fourteen of the best cannabis-spiked sippers on the market 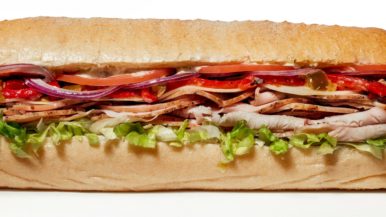 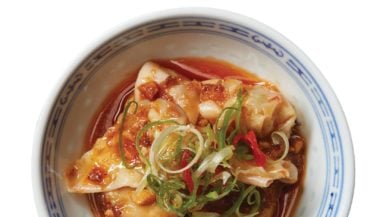 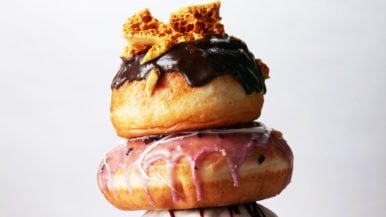