More on the Alpine 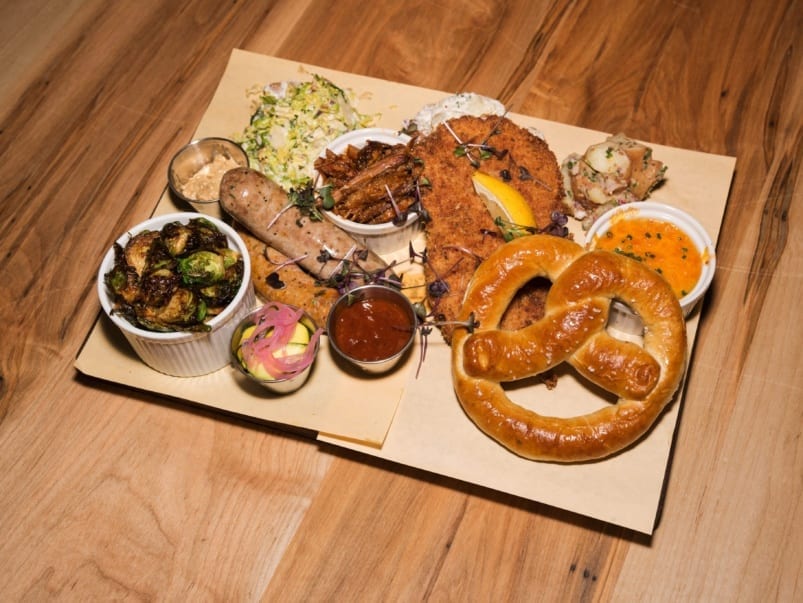 The Junction, dry until 2000 (seriously, Google it), now has six breweries, one distillery and this recently opened “craft beer cabin,” pouring pints from 26 taps and one cask. To soak up all the suds, there’s hearty fare, like Welsh rarebit with a soft-pretzel twist (that’s both literal and figurative), pork schnitzel and beer-brined fried chicken. 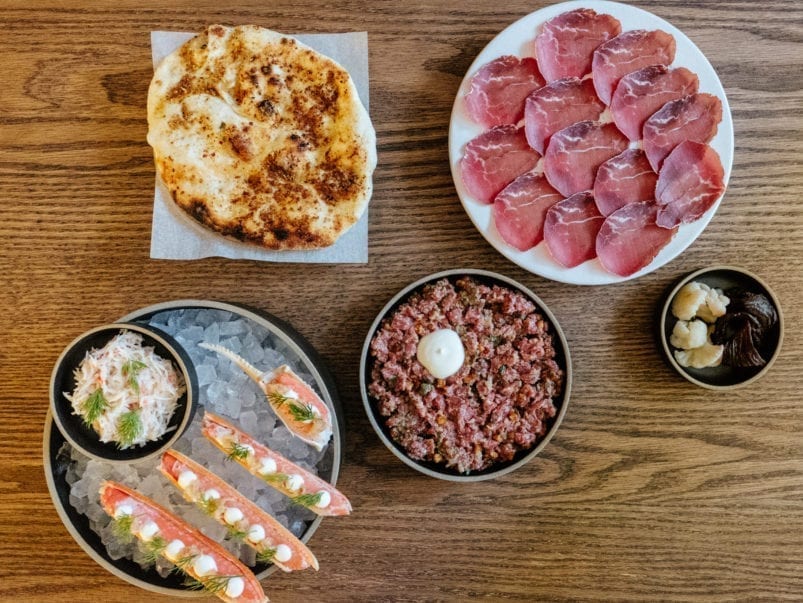 What’s on the menu at Après, a new wine bar from the team behind Canis

From the owners of Canis Restaurant comes this wine nerd’s dream come true. There’s a menu of small snacks and sharing dishes (oysters, cured meats, beef tartare, a fried fish sandwich) from chef Jeff Kang. But the real focus here is on the changing selection of low-intervention wines, including many small-lot finds from Austria, Australia and South Africa. Think of it as the place to go before or after a meal at its more serious sister spot down the street. 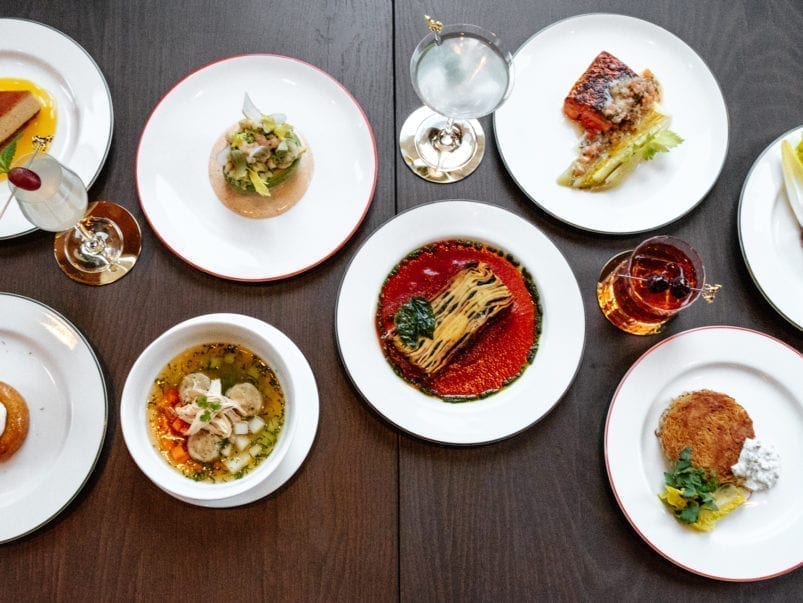 Taking up two storeys of the Weston Centre at Yonge and St. Clair is Midtown’s sleek new throwback from The Chase Hospitality Group (The Chase, Planta, Palm Lane). Named after the father of CHG’s founder, Arthur’s serves contemporary takes on American classics, like oysters Rockefeller, lobster thermidor and New York cheesecake (but also a few plant-based dishes, like a vegan lasagne, if that’s more up your alley). On weekends, brunch means a tower of bagels served with smoked fish and all the fixings.

More on Away Kitchen and Cafe 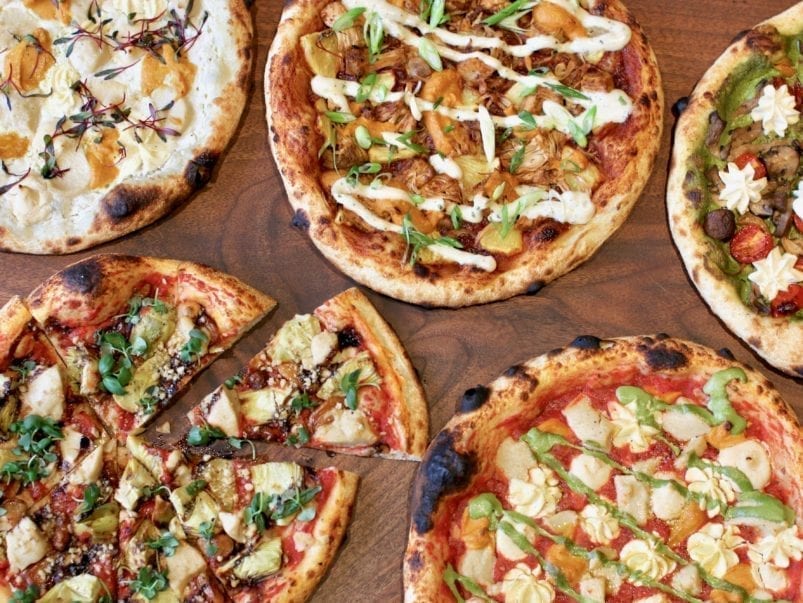 What’s on the menu at Away Kitchen and Café, a new plant-based pizza parlour on Queen West

From the owners of Awai, Bloor West Village’s upscale plant-based restaurant, comes Away, its more casual (also plant-based) pizzeria on Queen West. During the day, it functions as a low-key cafe serving coffee, sandwiches and interesting vegan pizzas, like one topped with baked jackfruit, a tahini-derived ranch dressing replica, hemp cheddar, pineapple bits and some San Marzano–cut barbecue sauce. At night, the lights dim and the wine lists and cocktail menus come out. 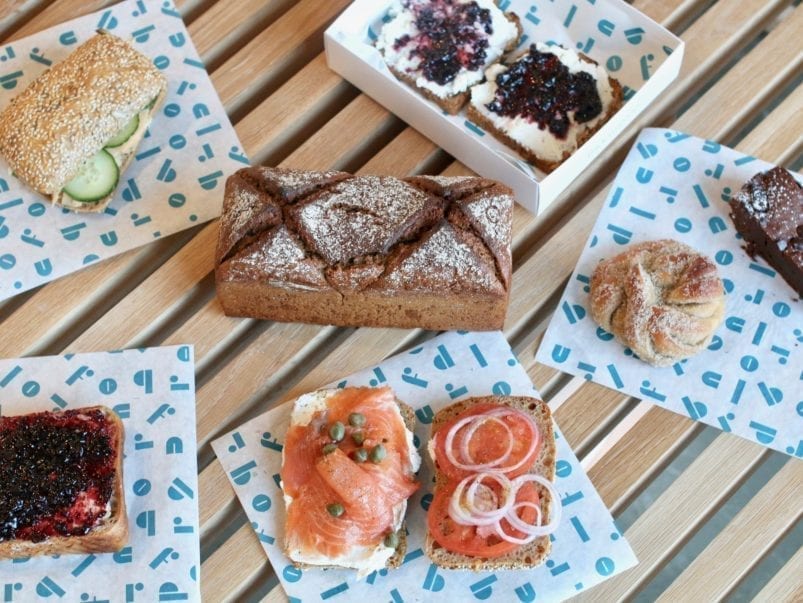 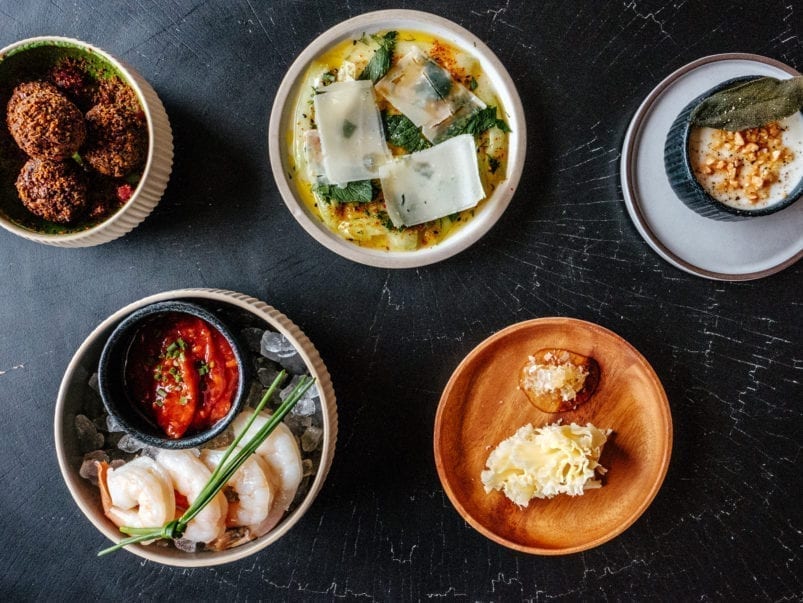 La Palma’s new second-floor lounge serves a seasonally changing menu of snacks and small plates, that might include cheese and salumi, shrimp cocktail or beef tartare with truffle sauce and pepitas. To drink, there are signature cocktails and a changing wine list that features some low-intervention and sustainable stuff, plus plenty of sparkling. 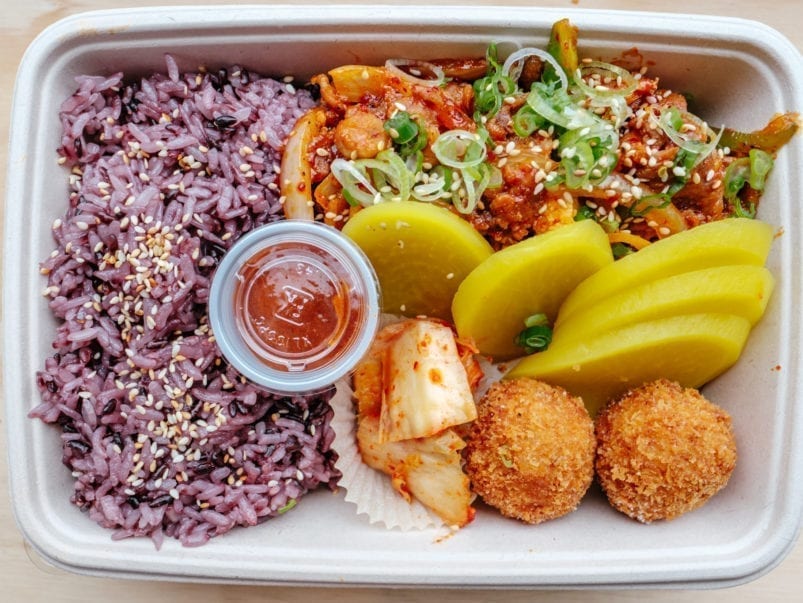 What’s on the menu at Hawk & Chick, a new quick-service Korean lunch counter

This twee takeout counter from chef Joe Kim (Pinky’s Ca Phe, Hanmoto, Grand Electric, Electric Mud BBQ, Momofuku, Origin) serves up bento boxes, house-made banchan, jjigae and more, prepared to-order and served with Korean purple rice. There are enough seats for eight dine-in customers, however the rest will have to get their bulgogi to go. 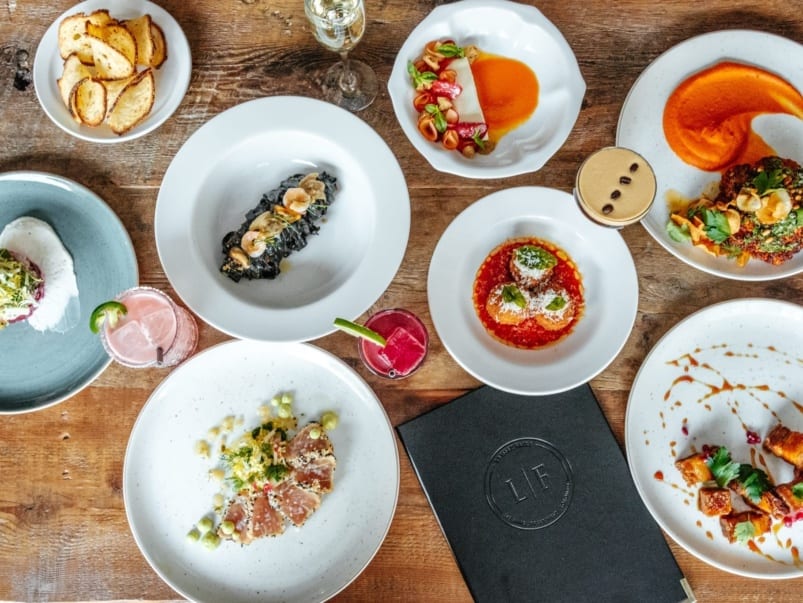 Goodbye, fried bologna and boozy slushies. Hello, duck confit and seasonal cocktails. Laissez Faire, a new French-inspired restaurant in the old Home of the Brave Space on King West, serves Gallic goods that are anything but fussy: things like fried pork belly in a sherry gastrique, duck confit and whole grilled sea bream. Vegetarian-friendly dishes include a beet-based tartare and a cauliflower “steak”. Bonus: buck-an-ounce prosecco every day from 5 to 8 p.m. 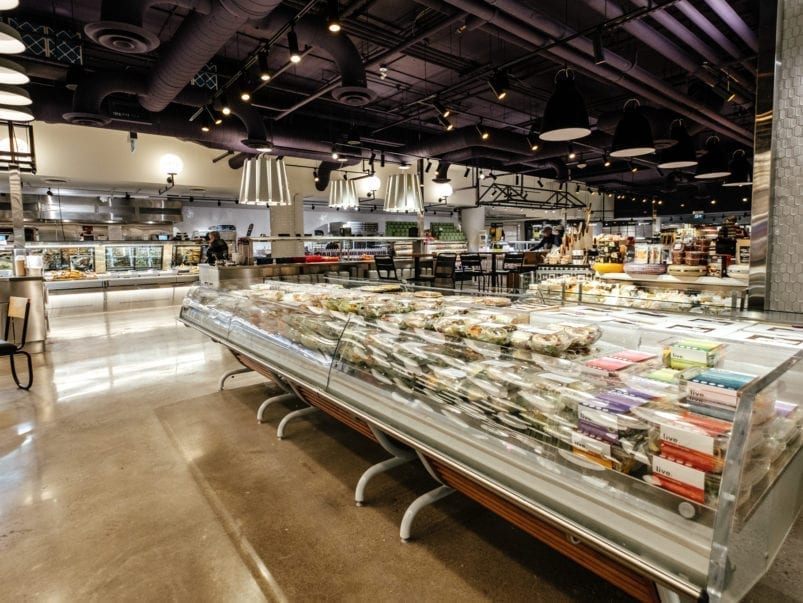 Inside McEwan’s new 17,000-square-foot location at Yonge and Bloor

While the long-promised Eataly has yet to materialize inside the Manulife Centre, a brand-new McEwan’s outpost (the third of its kind now) has stepped in to fill the food-hall void at Yonge and Bloor. The 17,000-square-foot space is your new one-stop shop for artisanal pantry supplies, dry-aged steaks, picture-perfect produce and made-to-order gourmet meals, including Roman-style pizza and porchetta, carved to-order. 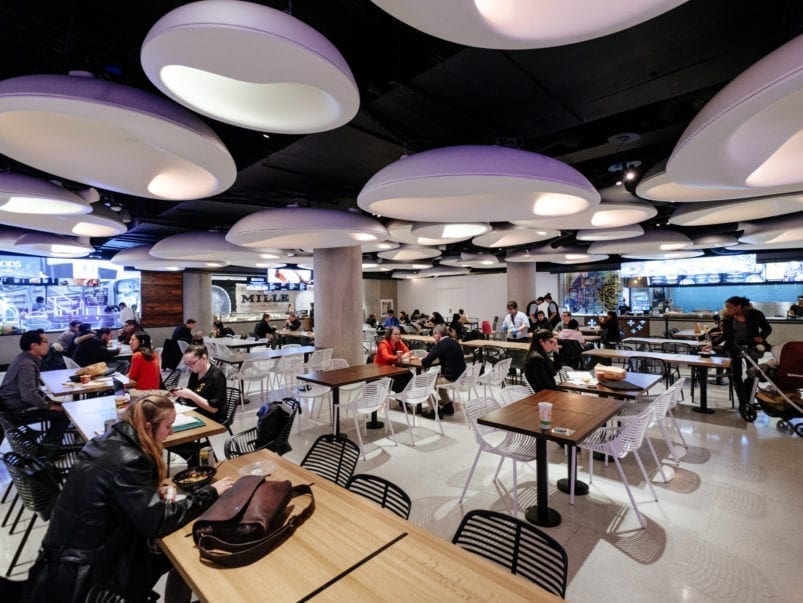 Union Station’s new food court is now open. Here’s what you can order

Open seven days a week for breakfast, lunch and dinner, the transit hub’s shiny new food court—which already has a few sit-down restaurants and a beer hall—introduces 10 new food vendors in a 600-seat space. The usual food-court suspects (McDonald’s, Pizza Pizza, Tim Hortons) are still there, but so are places to get jerk chicken, khao soi and manakeesh.