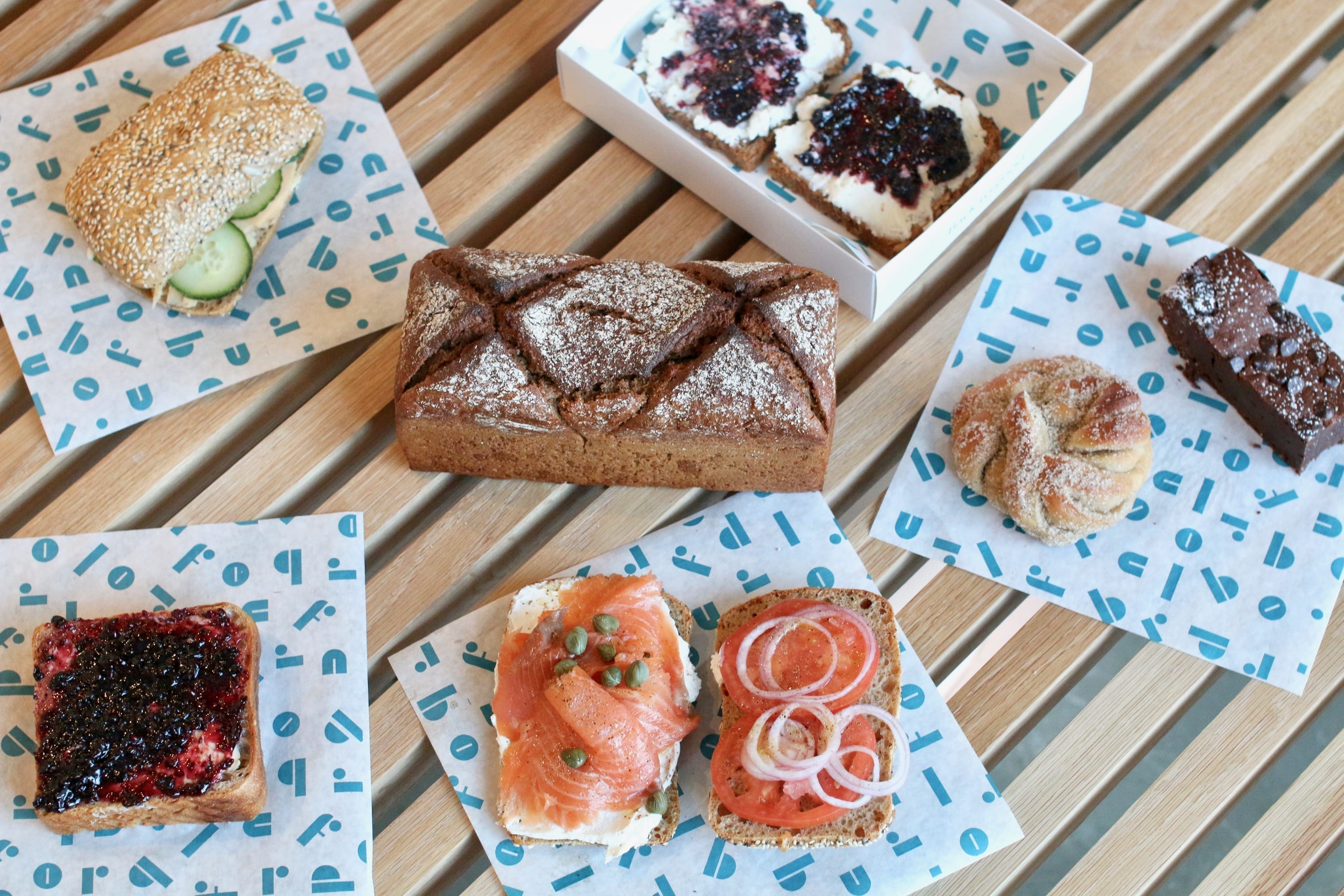 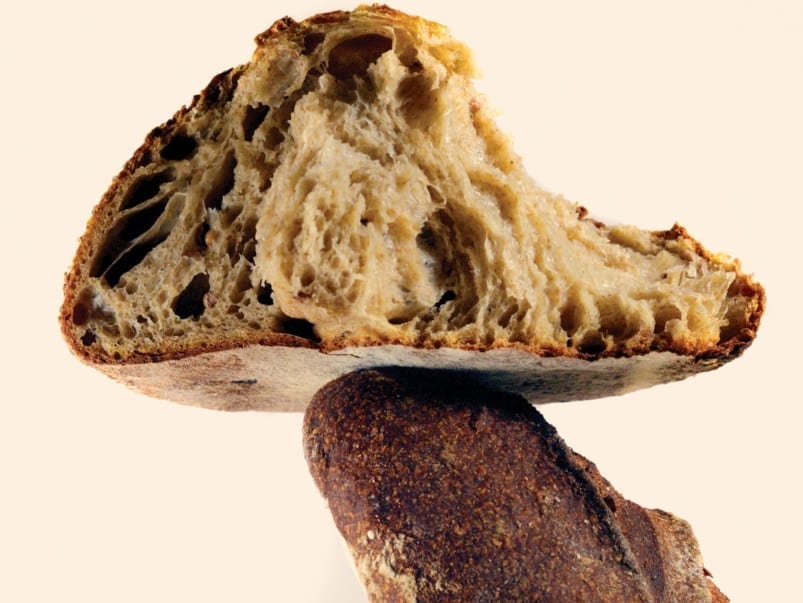 Bread. And flour. Just like the name says. Dara Gallinger had worked her way up the Sobey’s marketing food chain, but then she met Ronnen Harary, the CEO of Toronto toy company Spin Master. A short while later, the two were hatching a bread-y business plans. Gallinger began checking out bakeries around the world, starting in California (Tartine) and then London (E5 Bakehouse). After that, she baked bread on the volcanic rocks of Iceland before ending up in Scandinavia. When she landed in Stockholm, she reached out to famed baker Robin Edberg, who’s been integral in developing the recipes for Brodflour.

Gallinger knew that before she even looked at leases or ovens, she needed to get the flour right. “The industrial revolution has removed everything exciting from bread,” says Gallinger, who is infatuated with fresh-milled flour, even though it makes her life harder. Every day, one in ten loaves doesn’t rise properly, but that’s part of the delight in baking with fresh flour: it’s a living thing. “We need to reposition the category—flour should be in the produce section of the grocery store in a fridge,” says Gallinger.

Matt Faust (Fahrenheit) is in charge of Brodflour’s coffee program. He’s sourcing beans from Calgary’s Monogram Roastery and making all the espresso hits: flat whites, cortados, cappuccinos, and drip, too. Customers can choose from a selection of beans to suit their tastes. Guatemalan is sure to please, but West Coast coffee snobs might prefer the fruity acidity of the Ethiopian. “The idea is for the coffee to be like the bread: great on its own, so it doesn’t need things like milk or sugar,” says Faust. For those who do like sweet milky things, the Brod Latte, made with cardamom and oat milk is particularly delicious—especially when paired with a cardamom knot.

The space, designed by Studio Markanda in collaboration with Raelen Storey, celebrates the hygge aesthetic: it’s cozy, light-filled and very Scandinavian (blue, white, and blonde wood). Windows look into the kitchen and mill areas, as there is an emphasis on being as transparent as possible. “We went anti-digital every way we could,” says Galliger, who doesn’t give out WiFi passwords (to encourage conversations instead of web use). 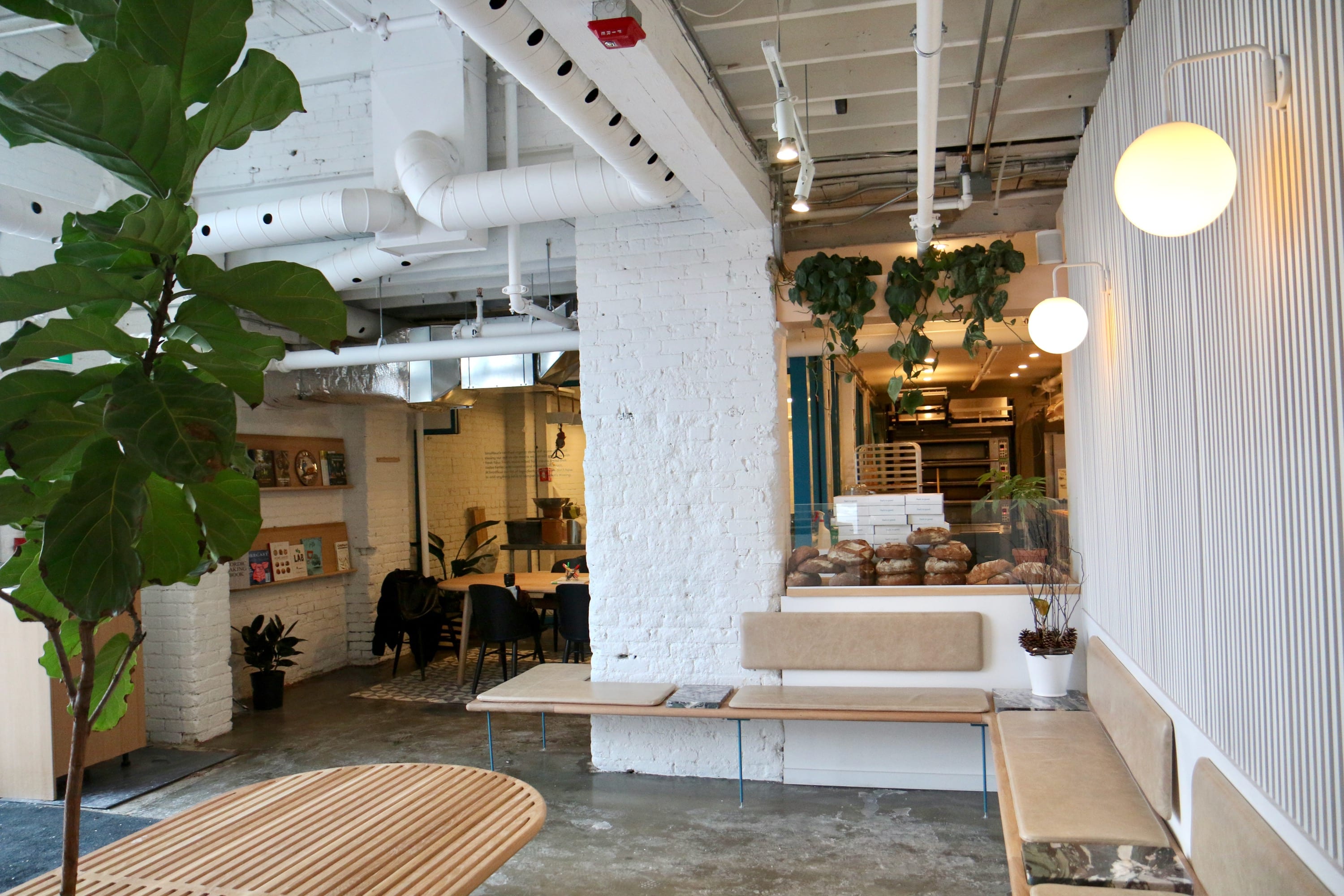 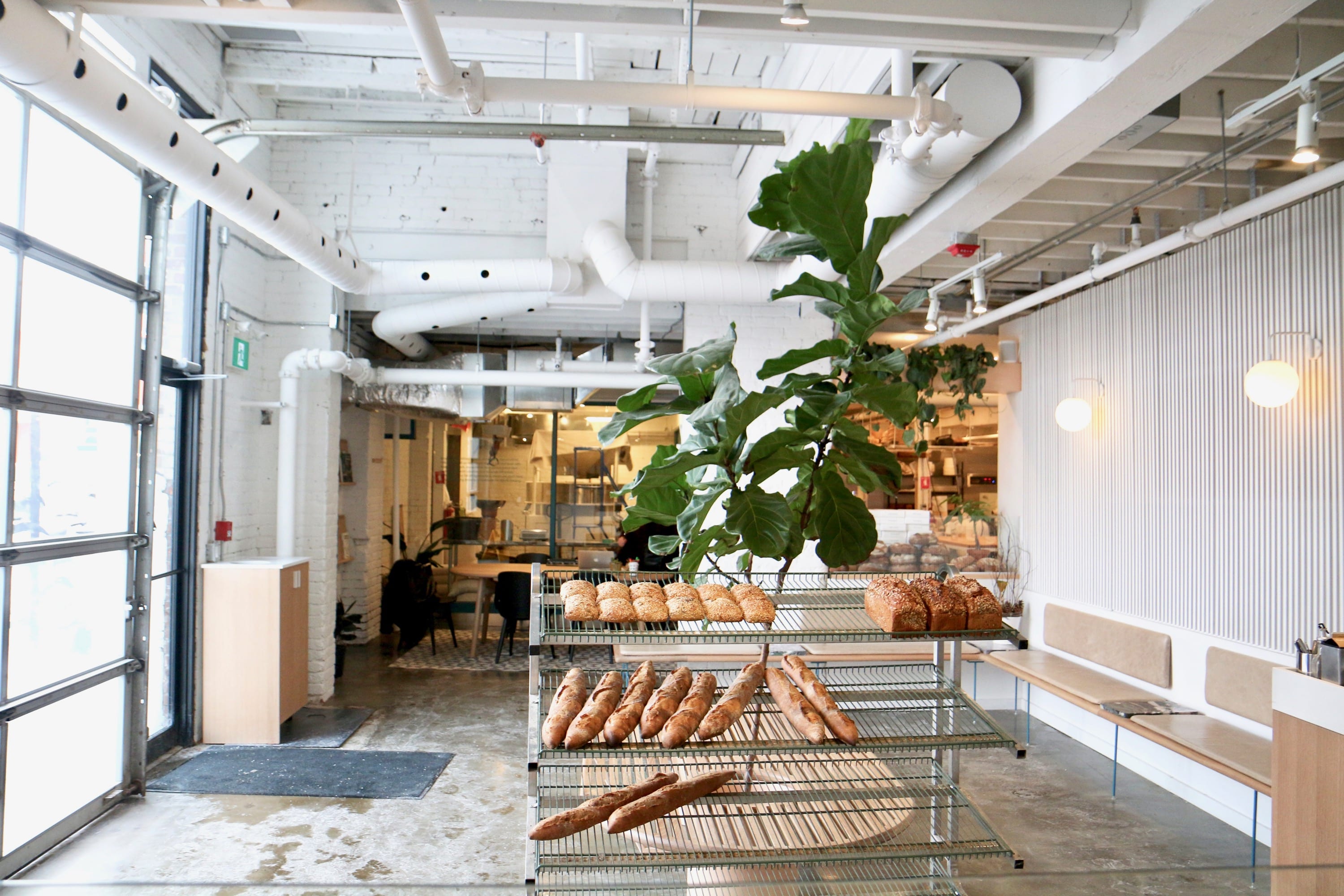 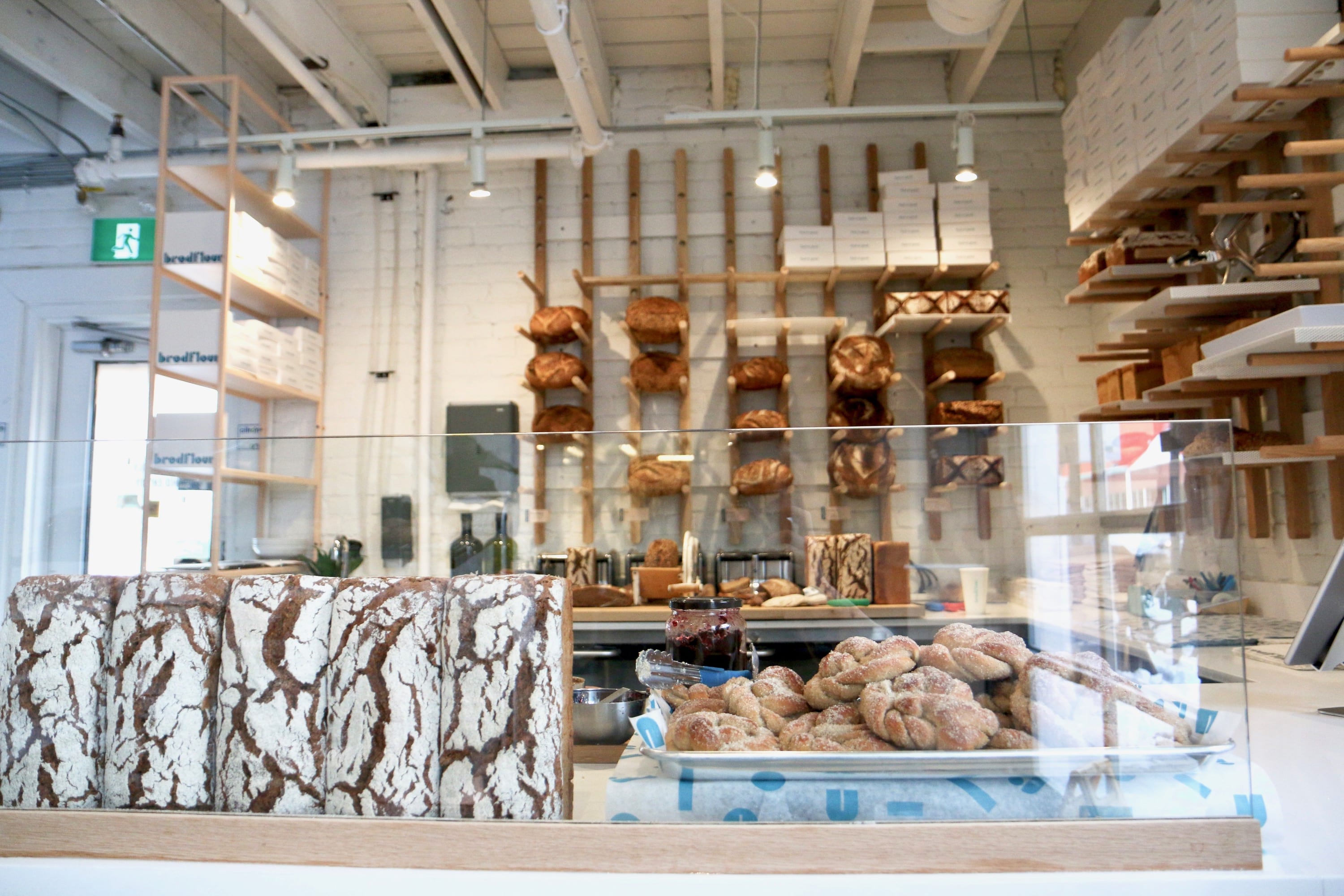