A menu of French-influenced dishes that are anything but fussy, despite Barnes’ training in Michelin-starred kitchens: things like fried pork belly in a sherry gastrique, duck confit and whole grilled sea bream. There are also many vegetarian-friendly dishes on the menu, including a beet-based tartare, porcini truffle arancini and a cauliflower “steak.” A separate seasonal tasting menu ($80 and up) offered at the chef’s table changes weekly and includes beverage pairings. Weekend brunch is on the way.

In addition to a selection of wine and beer, there are seasonal cocktails by bar manager Marko Mavra created with house-made infusions, syrups and fresh juices. Bubbly fans will enjoy the buck-an-ounce prosecco hour that runs daily from 5 to 8 p.m.

No longer recognizable as what was once the Home of the Brave, the space—decorated in vintage tiles, exposed bricks and a coffered ceiling—is much brighter and airier than it used to be. An open kitchen is flanked by a six-seater chef’s table. 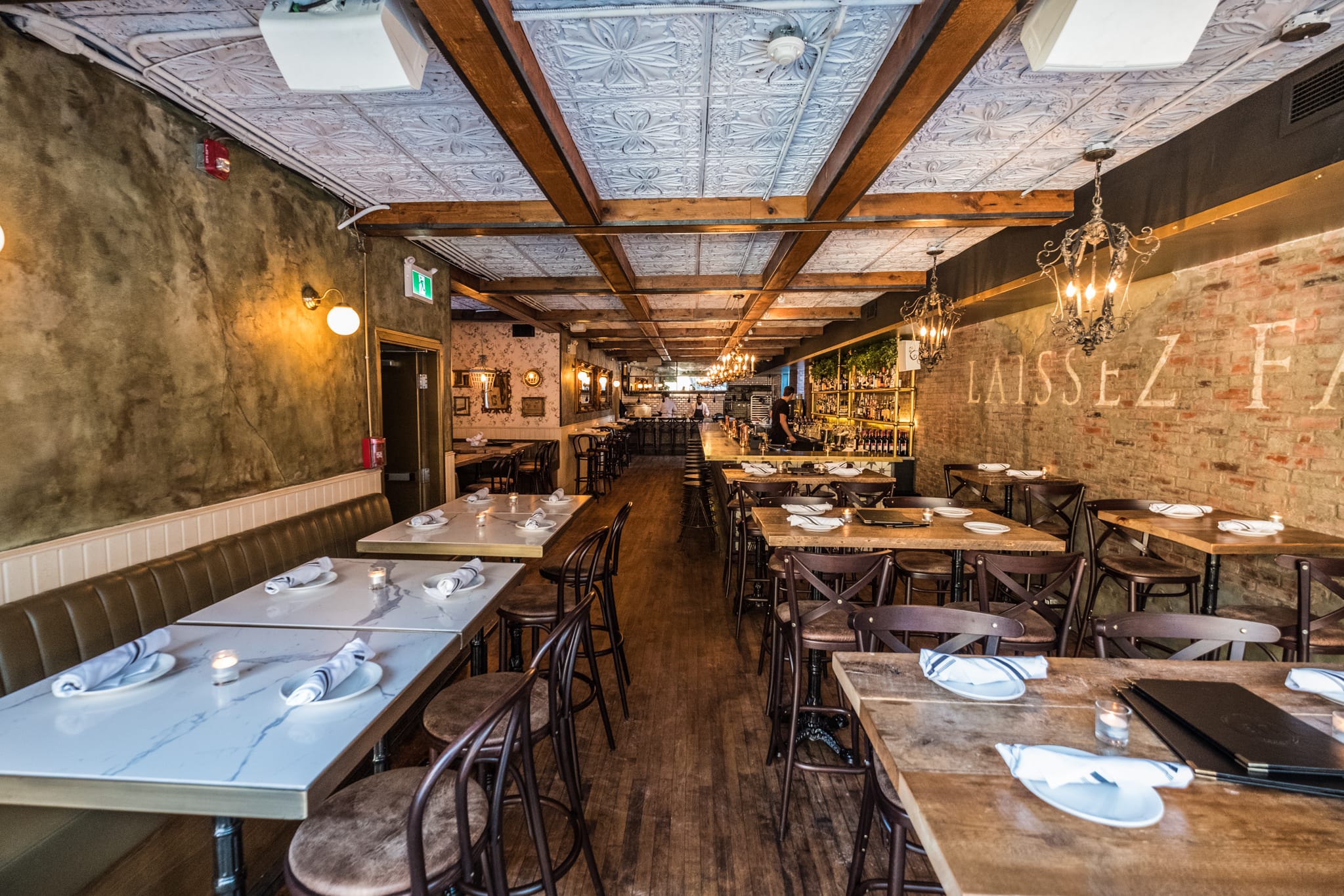 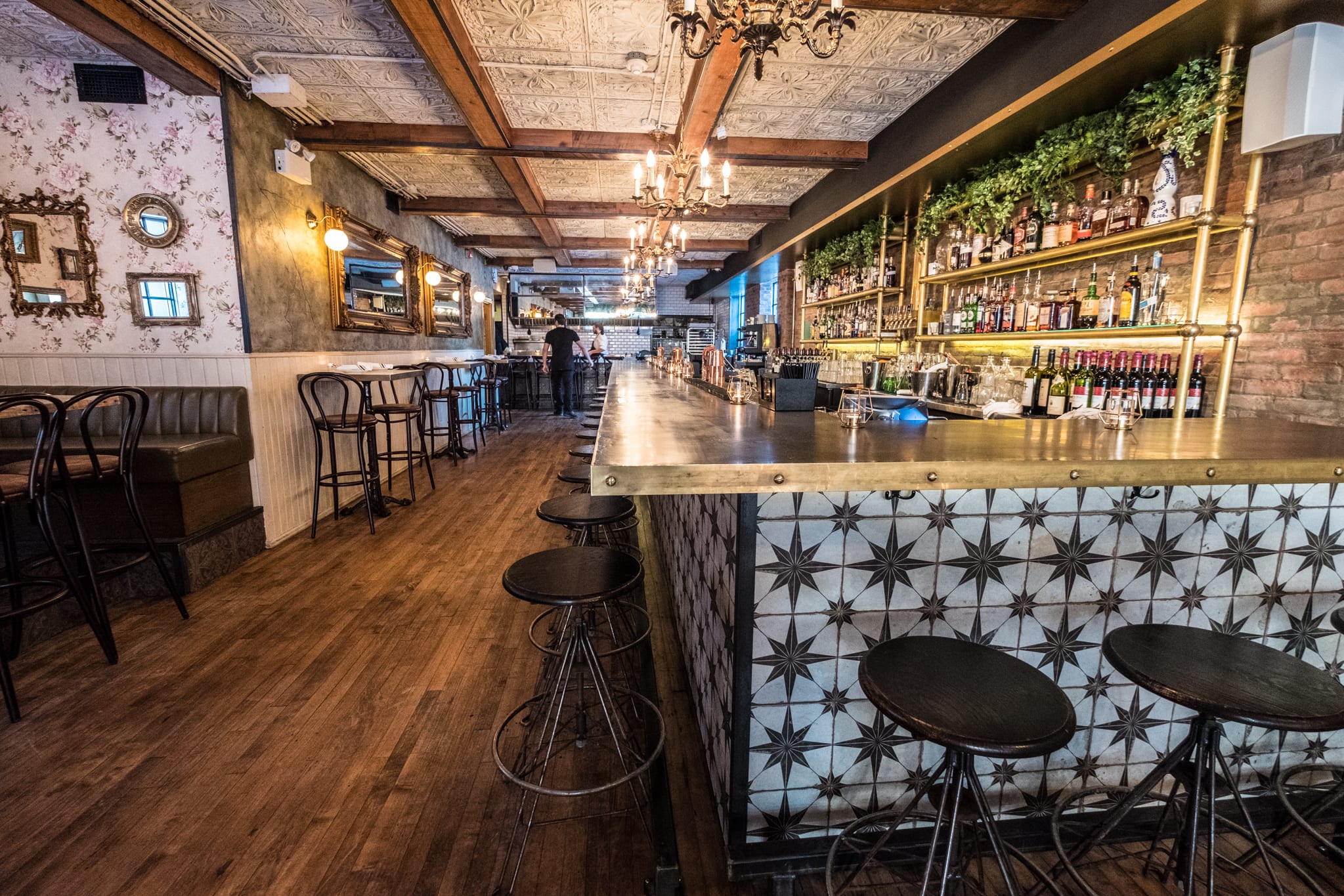 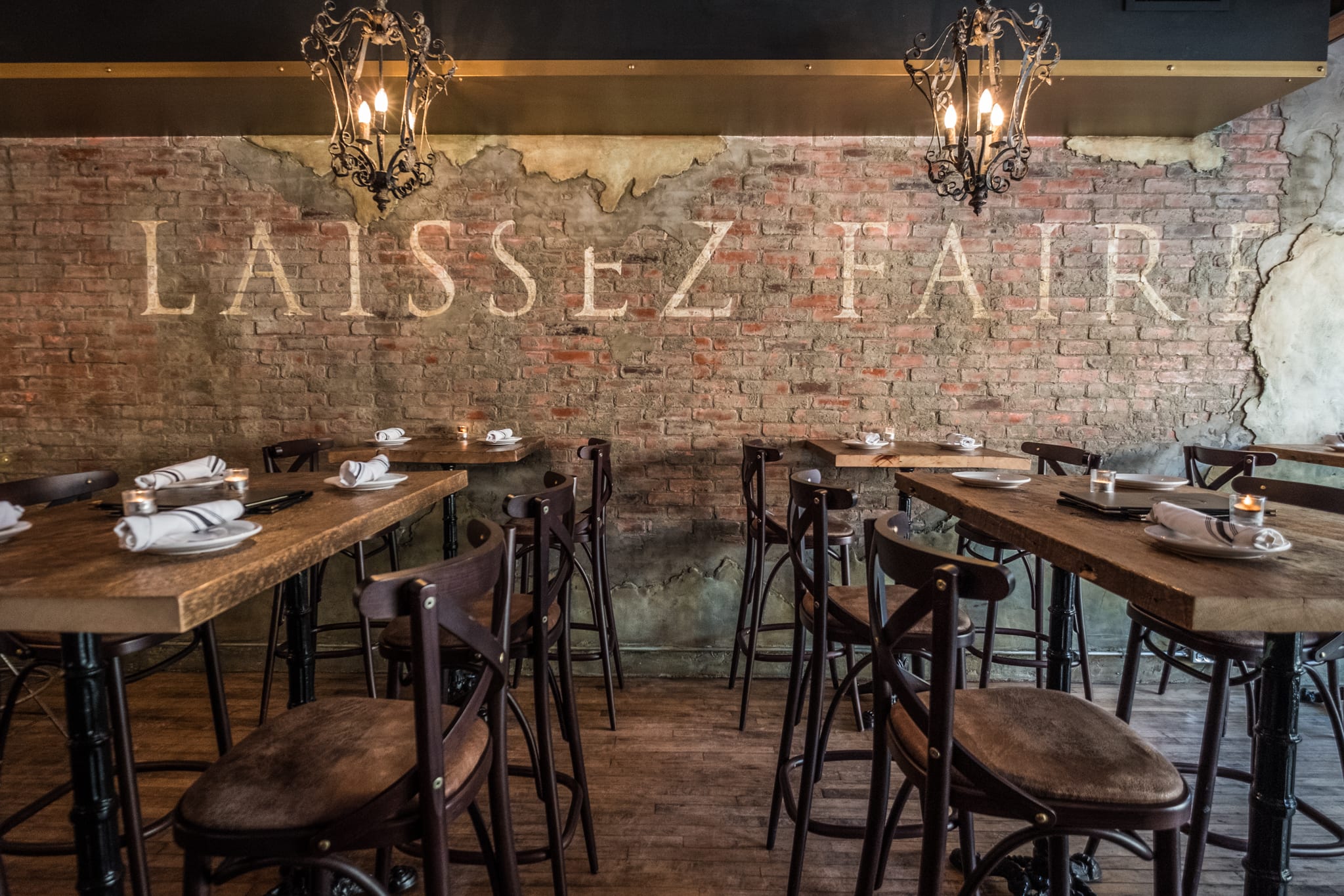 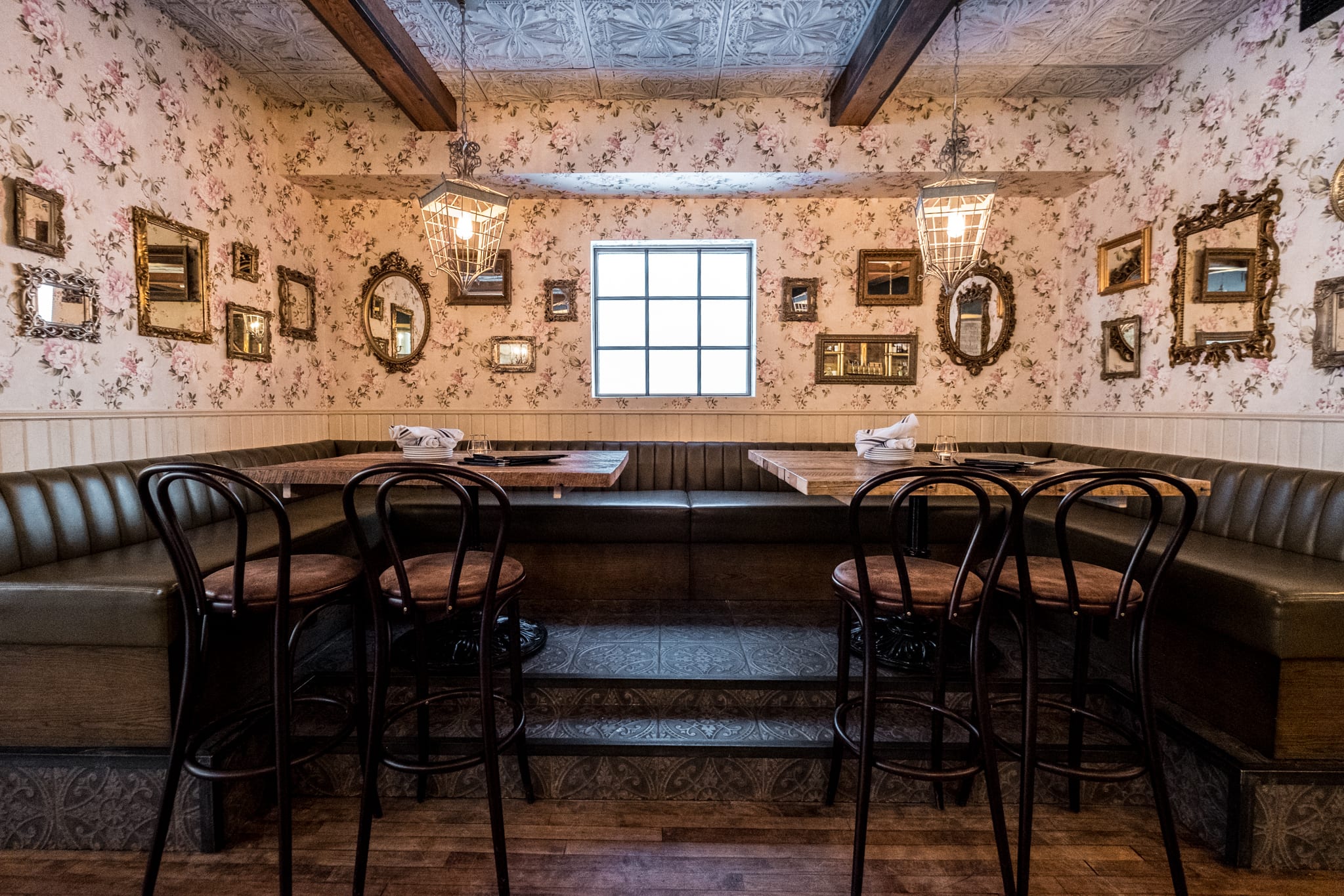 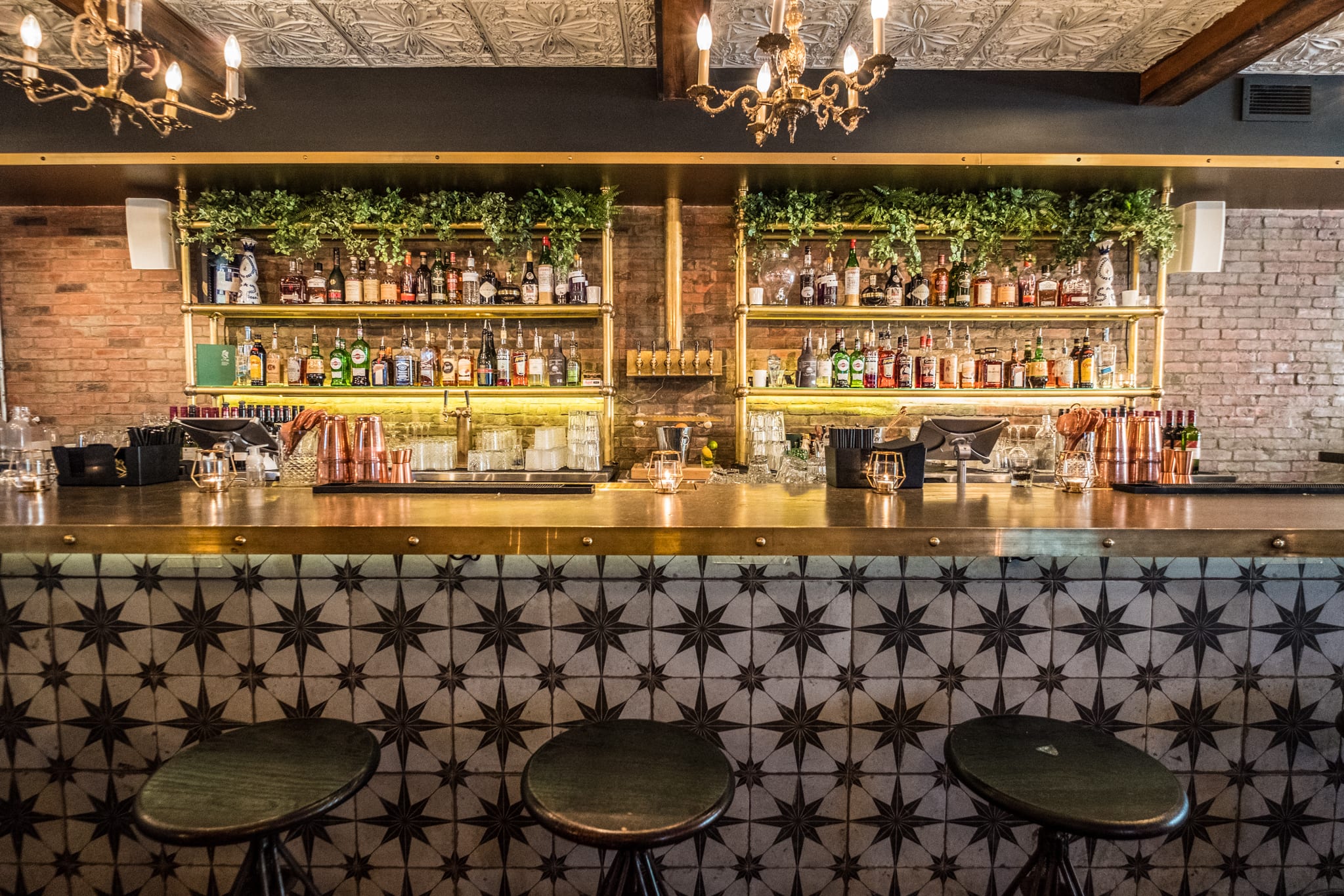 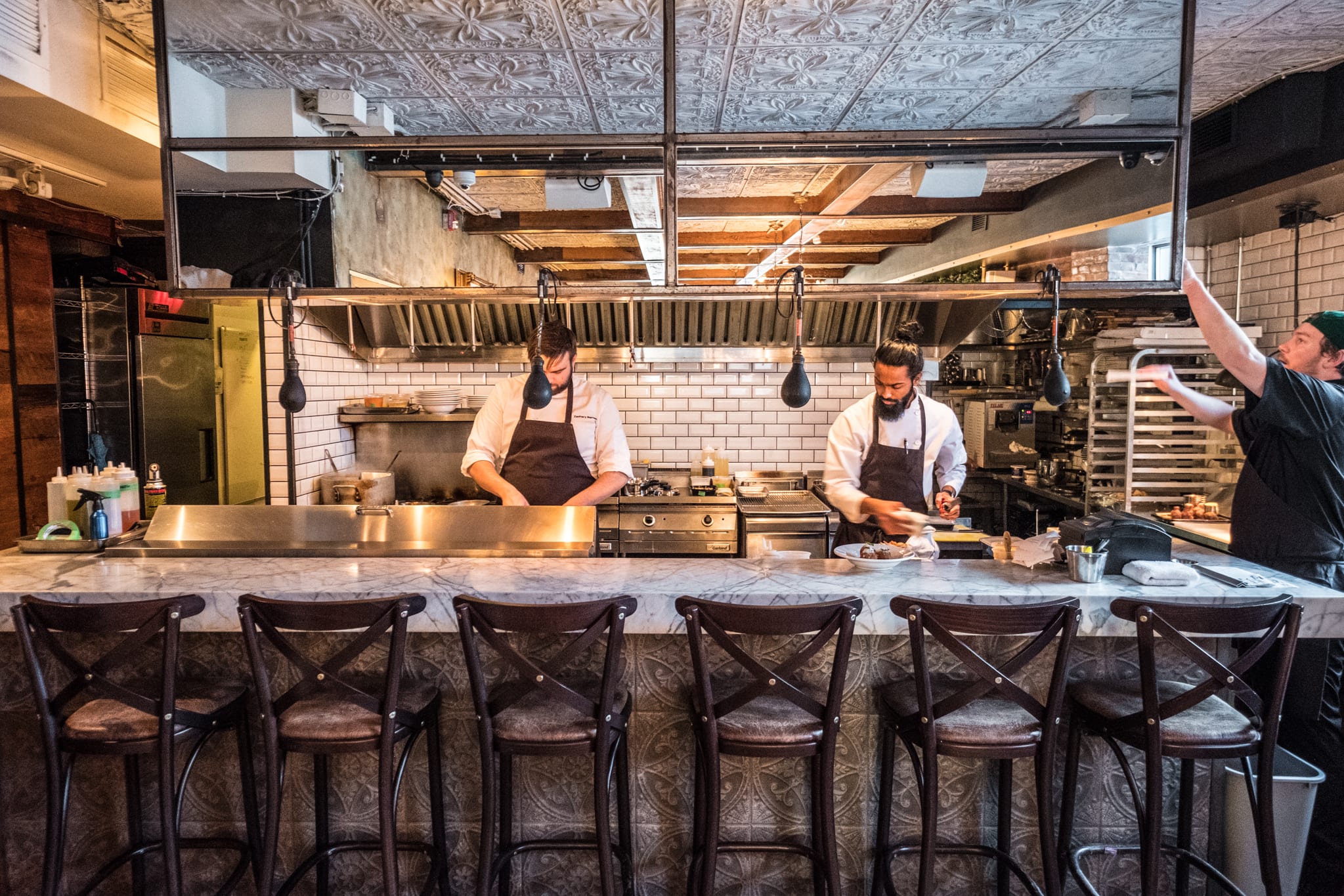 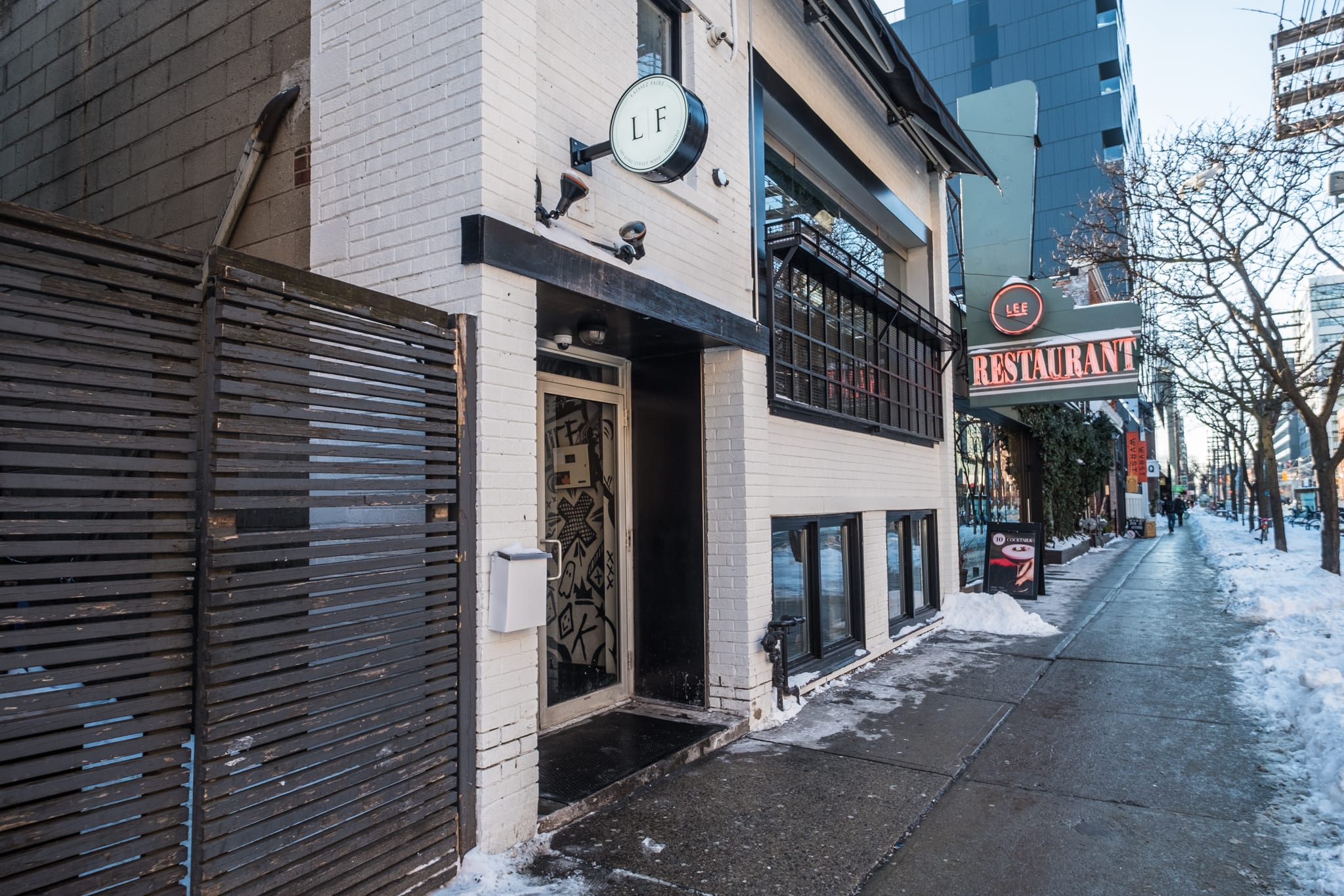