A Yiddish horror show, an Edward Burtynsky photography exhibit and eight other things to see, hear, read and do in Toronto this week

A Yiddish horror show, an Edward Burtynsky photography exhibit and eight other things to see, hear, read and do in Toronto this week

A Yiddish horror show
1Gesher Theater’s new production The Dybbuk is a strange mash-up of Fiddler on the Roof and The Exorcist. The early-20th-century Russian play tells the story of a bride whose body is taken over by the demon spirit of a young student who loved her.  With celebrated actor Efrat Ben Zur as the possessed Lea, The Dybbuk is as eerie as it is mesmerizing. Saturday, September 29 and Sunday, September 30. $52–$143. Elgin Theatre. 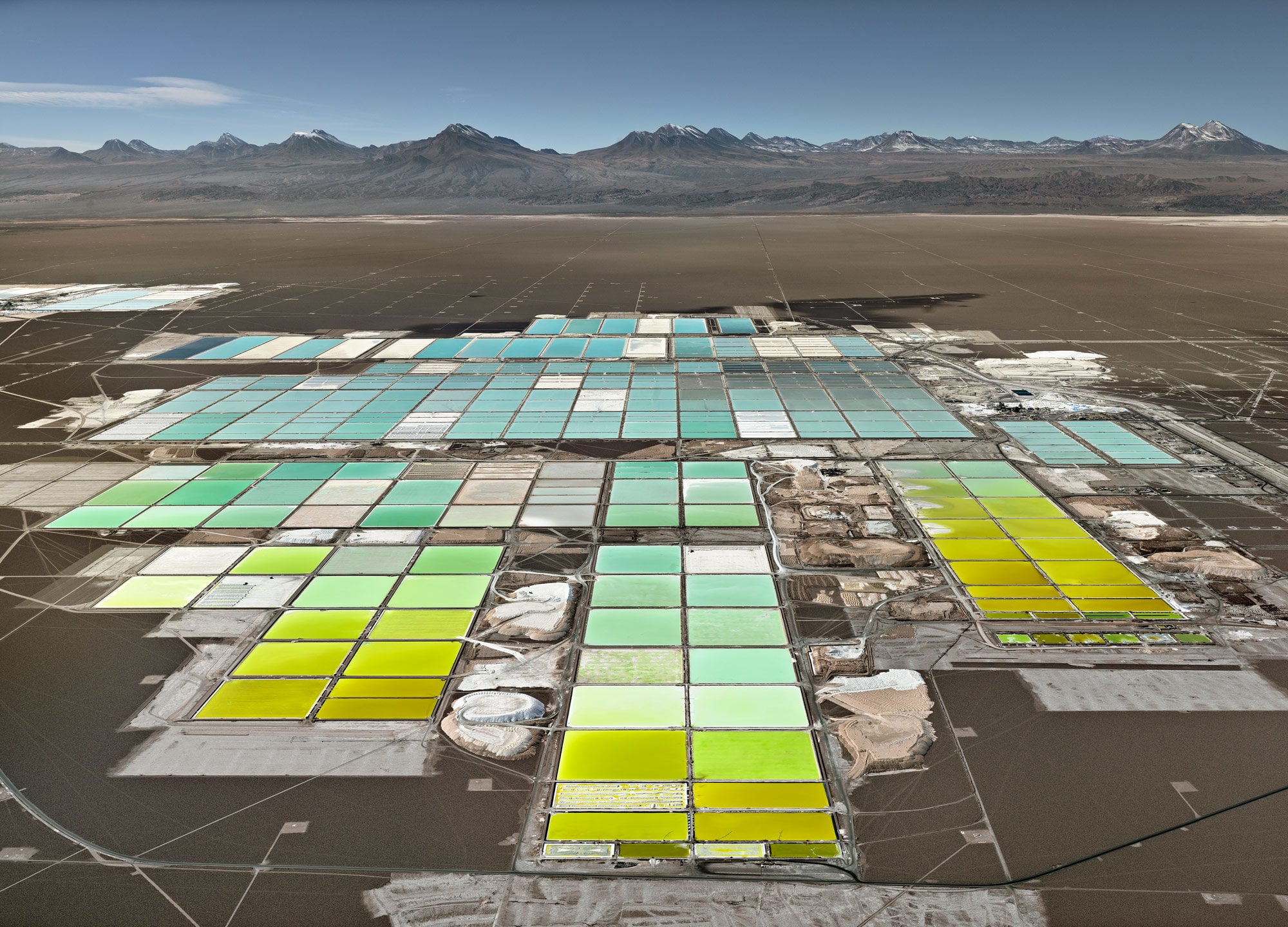 The art of human destruction
2Our affinity for plastic straws and disposable everything has triggered a crisis so drastic that some scientists believe we’re in a new geological era (referred to as the Anthropocene). The AGO’s new multi-media exhibition explores these destructive patterns at a time when environmental caution seems more topical than ever. Featuring Edward Burtynsky’s photos of industrial landscapes (like this one of Lagos, Nigeria), and filmmakers Jennifer Baichwal and Nicholas de Pencier’s chilling documentary work, the exhibit sends a disturbingly powerful message about the human signature on the planet. Opens Friday, September 28. $25. AGO.

A Banksy revival
3In response to the city’s buzzed-about Banksy exhibition and its accompanying shenanigans, writing partners Elan Wolf Farbiarz and Cory Terry (responsible for the hit Channeling Kevin Spacey) are debuting a new show, Becoming Banksy. The comedy tells the story of a confused British tourist who gets mistaken for the legendarily anonymous vandal. (Though you probably still won’t find out who the real Banksy is.) Wednesday, September 26 to Sunday, October 14. $49.50. The Redwood. 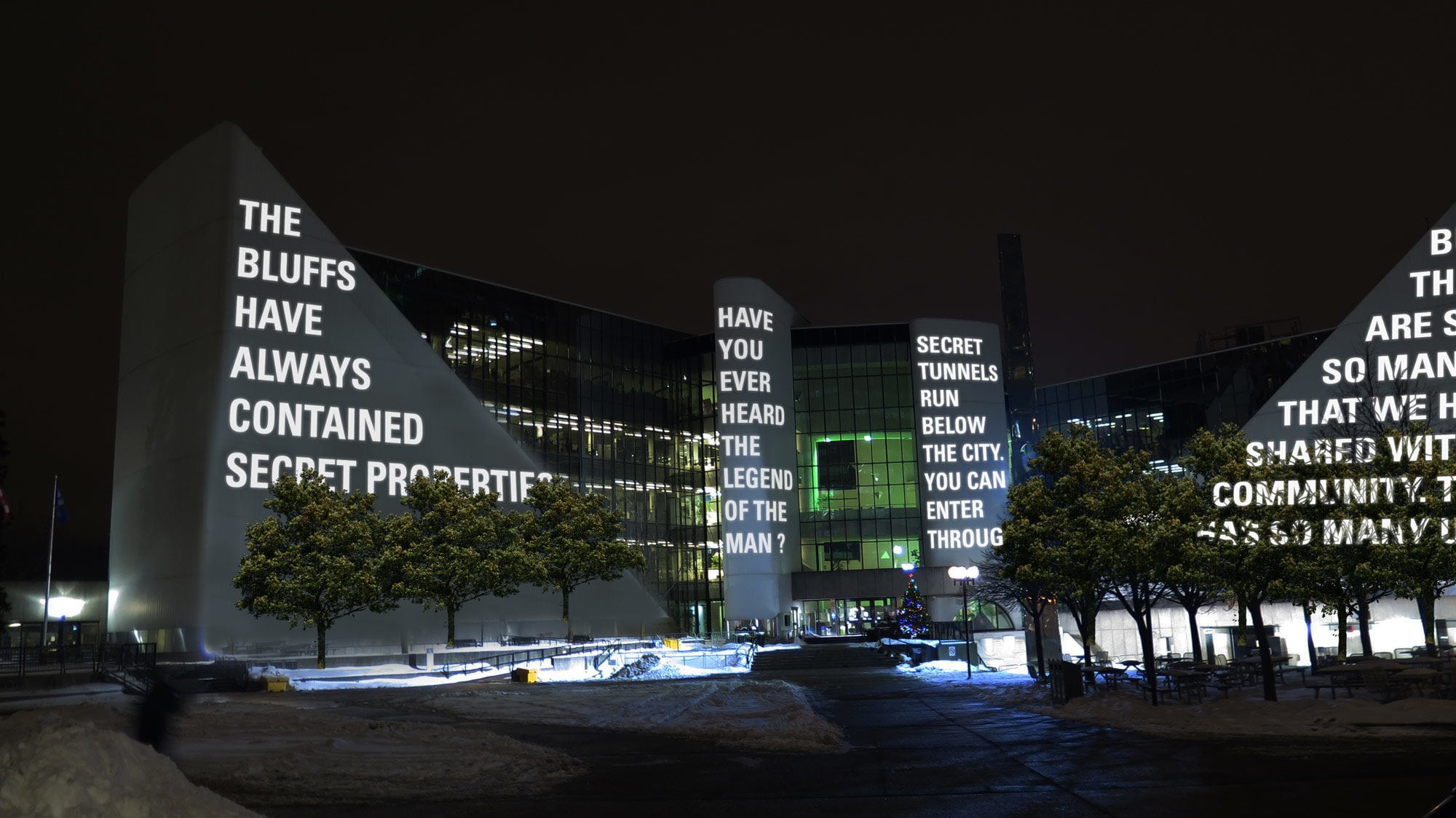 A city-wide art takeover
4For its 13th year, Nuit Blanche uses Toronto’s ever-changing skyline as the backdrop for a theme that seems both simple and endlessly complex: You Are Here. Three city-produced pieces ask questions about borders, history and personal journeys. In Styll (on display at the Scarborough Town Centre and Scarborough Civic Centre), curator Alyssa Fearon uses Scarborough as a canvas, depicting a megacity with large-scale sound and light instillations. In Nathan Phillips Square, artists from four continents combine sound, sculpture, architecture and performance to find new meaning in familiar streetscapes. Meanwhile, light-based and sculptural installations in and around Yonge-Dundas Square connect imagery from Old Toronto and Scarborough to show the immigrant experience. Saturday, September 29. Free. Various locations.

A forceful coming-of-age tale
5In her debut novel, the Polaris Prize–winning Inuk throat singer Tanya Tagaq blends fiction, memoir and poetry to tell the story of an 11-year-old girl growing up in ­Nunavut during the ’70s. Her Arctic hometown is too small to escape boredom, bullying, alcoholism or ­violence, but when she discovers she possesses ­shamanic powers, she uses her newfound connection with nature to find solace in the world around her. An evocative coming-of-age story about spirituality, nature and love, Split Tooth is just as exhilarating and memorable as Tagaq’s onstage performance. Tuesday, September 25. $29.95. Penguin Random House Canada.

A farewell from the original rocket man
6Elton John’s Farewell Yellow Brick Road tour promises to be a proper goodbye, with more than 300 shows spanning five continents. Torontonians are some of the first in line to see Sir Elton sing “Tiny Dancer,” “Can You Feel the Love Tonight” and “Bennie and the Jets” for the last time. Even with shows scheduled well into 2021, it’s safe to say that the tour will burn out long before the legend ever does. Tuesday, September 25 and Wednesday, September 26. $258–$1,190. Scotiabank Arena.

A Tchaikovsky love story
7Based on a 19th-century Pushkin classic, Tchaikovsky’s opera Eugene Onegin is a lesson in the perils of snobbery. The titular hero (sung by Canadian bass-baritone Gordon Bintner) is a sophisticated and cynical man who attracts the unwanted attention of teenage Tatyana while visiting a country estate. She falls for him instantly, spending hours pouring her heart into an ardent letter, but he rejects her. Years later, they meet again. This time she’s the elegant wife of a St. Petersburg aristocrat, and it’s Onegin’s turn to beg. Opens Sunday, September 30. $80–$350. Four Seasons Centre for the Performing Arts.

A free Wu-Tang Clan concert
8To mark the 25th anniversary of their debut album, Enter the Wu-Tang (36 Chambers), all 10 members of the Wu-Tang Clan are coming together for a free concert at Rebel. The groundbreaking hip-hop collective must have a special place in its heart for Toronto: last month, Wu-Tang leader RZA debuted his live musical score for the kung-fu classic The 36 Chamber of Shaolin at another free event at the Royal cinema. Sunday, September 30. Free. Rebel.

One more night with Adam Levine
9Maroon 5’s latest album, Red Pill Blues—which, surprisingly, has nothing to do with American politics—was another step in the band’s long evolution from producing ’90s rock hits and karaoke staples to making the softest of pop music. Slick, pleasant and breezy, the album was grist for critics who have accused Maroon 5 of churning out elevator music. But in concert, front man Adam Levine always bonds with the audience in a way that makes you feel like he wrote “She Will Be Loved” just for you. Thursday, September 27. $92–$367. Scotiabank Arena.

A post-apocalyptic stage debut
10A year after its Broadway debut, British playwright Lucy Kirkwood’s Tony-nominated play, The Children, comes to the Canadian stage with a first-rate cast that includes Geordie Johnson (Dracula: The Series) and Fiona Reid (King of Kensington). The Fukushima-inspired post-apocalyptic mystery is set in the aftermath of a nuclear reactor catastrophe on the English coast, where a pair of retired nuclear scientists are visited by a former colleague who has a devastating secret. As the plot uncoils, Kirkwood poses the essential question: what will a self-absorbed generation’s legacy do to the environment? Opens Tuesday, September 25. $49–$69. Berkeley Street Theatre.