What notable Torontonians are watching, reading and listening to this holiday season

What notable Torontonians are watching, reading and listening to this holiday season 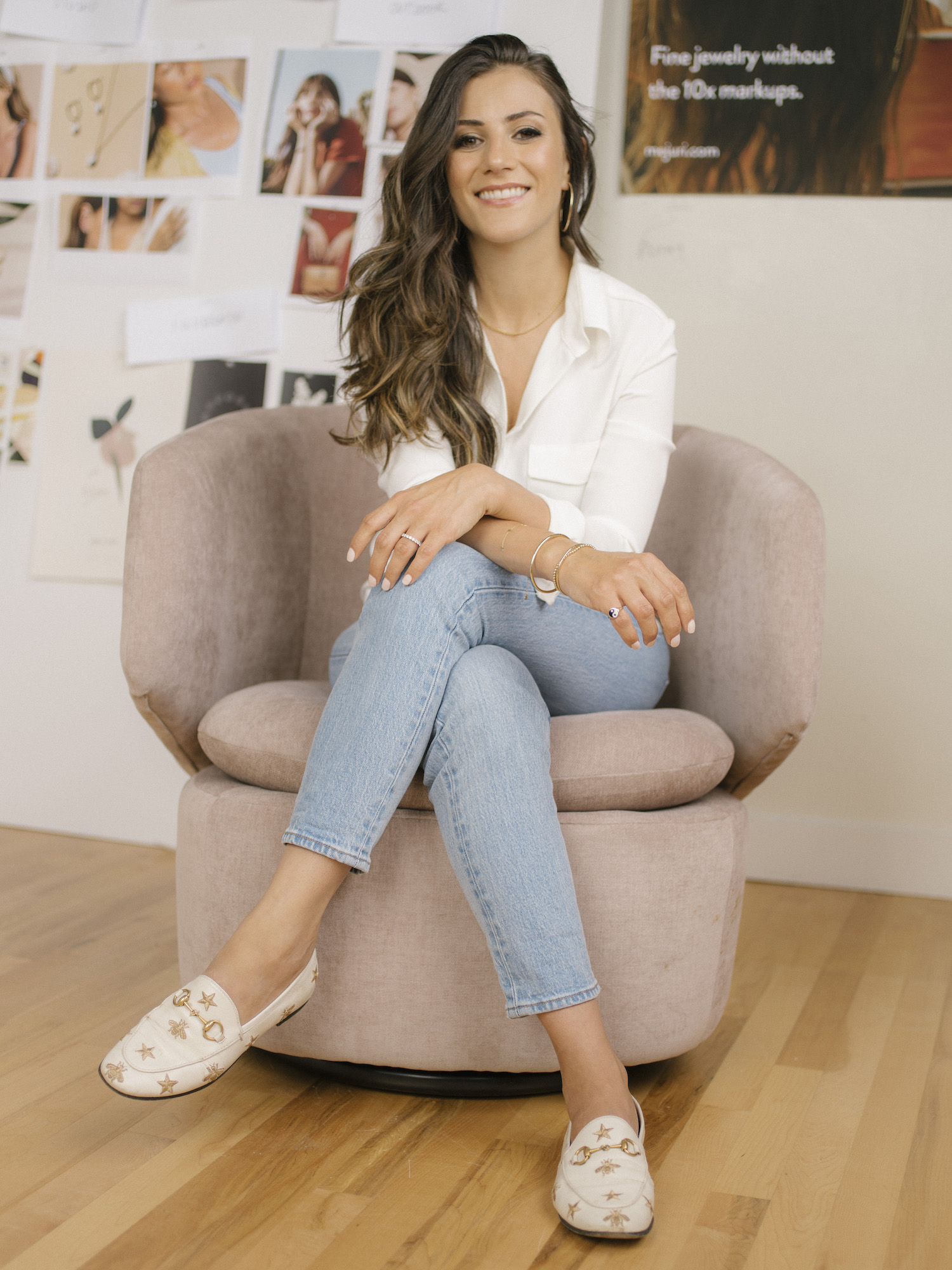 “I love this time of year, and while this year might look a little different from the typical gathering of family and friends, delicious food will still be at the heart of our celebrations at home. I have a tradition of turning to a cookbook to create something new, and I intend to make this year no exception. Our family will be indulging in the comfort and joy of one of Ina Garten’s holiday recipes from The Barefoot Contessa Cookbook, like her delicious French onion soup.”

“I’ve never been a fan of fluffy holiday movies, but as a Black emo teenager, I stumbled across Tim Burton’s The Nightmare Before Christmas, which seemed like an appropriate choice for me at the time: subculturally relevant and dark in a heartwarming way. It’s since become my go-to holiday comfort movie. I know all the words and songs by heart, and have amassed dozens of Nightmare Before Christmas ornaments, novelty cups, keychains, statues and stationery.”

“Growing up with Caribbean parents, I heard this album on repeat, morning, noon and night during the holidays. It has a rhythmic take on traditional carols and songs that’s totally addictive, and it pays homage to Black roots, which helps people in the African and Caribbean diaspora feel at home no matter where they’re celebrating. For me, the holidays are not the holidays without this album playing in the background.”


The Nutcracker by the Royal Philharmonic Orchestra
Recommended by Ashley Audrain, writer

“My aunt took me to The Nutcracker when I was five. I was really looking forward to taking my son, who just turned five, to the National Ballet’s performance this year, but alas, we’ll patiently await the post-pandemic production. In the meantime, this performance of The Nutcracker score is a family favourite, and my son and three-year-old daughter request favourites in the cutest ways—like ‘the tip-toe flutey one’ for ‘Dance of the Mirlitons.’ It’s been a welcome change from ‘Jingle Bells’ on repeat (although there’s plenty of that, too).”

“Our advent calendar is a sprawling 25-door robot factory by artist Cade Roster. Every morning leading up to Christmas, our nine-year-old daughter rushes to open another door. Behind each one we place a little gift: a chocolate, a coin, a pretty stone. This season, I suggest buying a unique work of art made by a local artist, something that will bring you joy (and help an artist survive a difficult year).”

“This 1974 film is the ultimate contrast to the cheery and saccharine mood of most holiday movies. Though the phone call premise seems a bit dated now, it’s a frightening masterpiece, without much gore. It was also shot in Toronto—there’s even a reference to Scarborough, where I grew up—which you’d only notice if you were from here.” 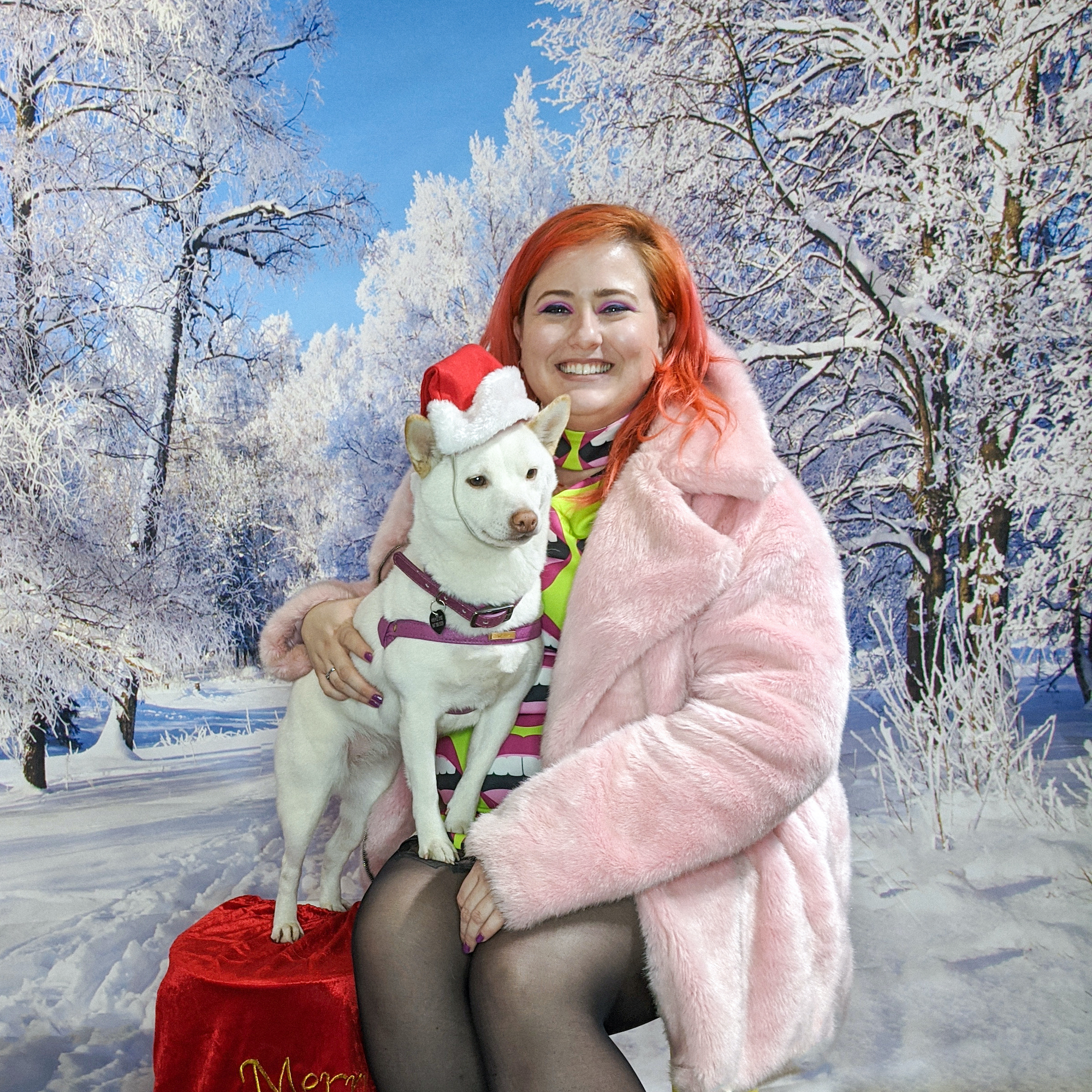 “I am so excited to listen to Dolly Parton’s new holiday album. I am thoroughly obsessed with her, and often think ‘What Would Dolly Do?’ when I’m feeling less than confident. I had the pleasure of seeing her live several years ago in Australia, and I’ve been smitten ever since. She’s wholesome and a bit cheesy, which is absolutely perfect for the holidays.”

“I have an annual Christmas Eve tradition with friends and family of browsing digital bargain bins and buying a bad movie to watch. A year ago, it was the disaster movie San Andreas, and in 2018 it was the Rihanna-starring Battleship, based on the strategy game. The films play as a backdrop to our chatter, and there’s something funny about having a collection of really bad films to remind me of past holidays and laughs together. My single regret is that Apple TV thinks I have really bad taste in movies.”

“I used to be a Scrooge during the holidays, but rituals are everything at our household in the fall with the Moon Festival, Halloween and Thanksgiving rolling into a secular Christmas extravaganza. I love to watch the documentary Jingle Bell Rocks!, which satisfies my conflicted Yuletide relationship by deep-diving into the wacky world of obscure Christmas music featuring Miles Davis, Run-DMC and the Flaming Lips.” 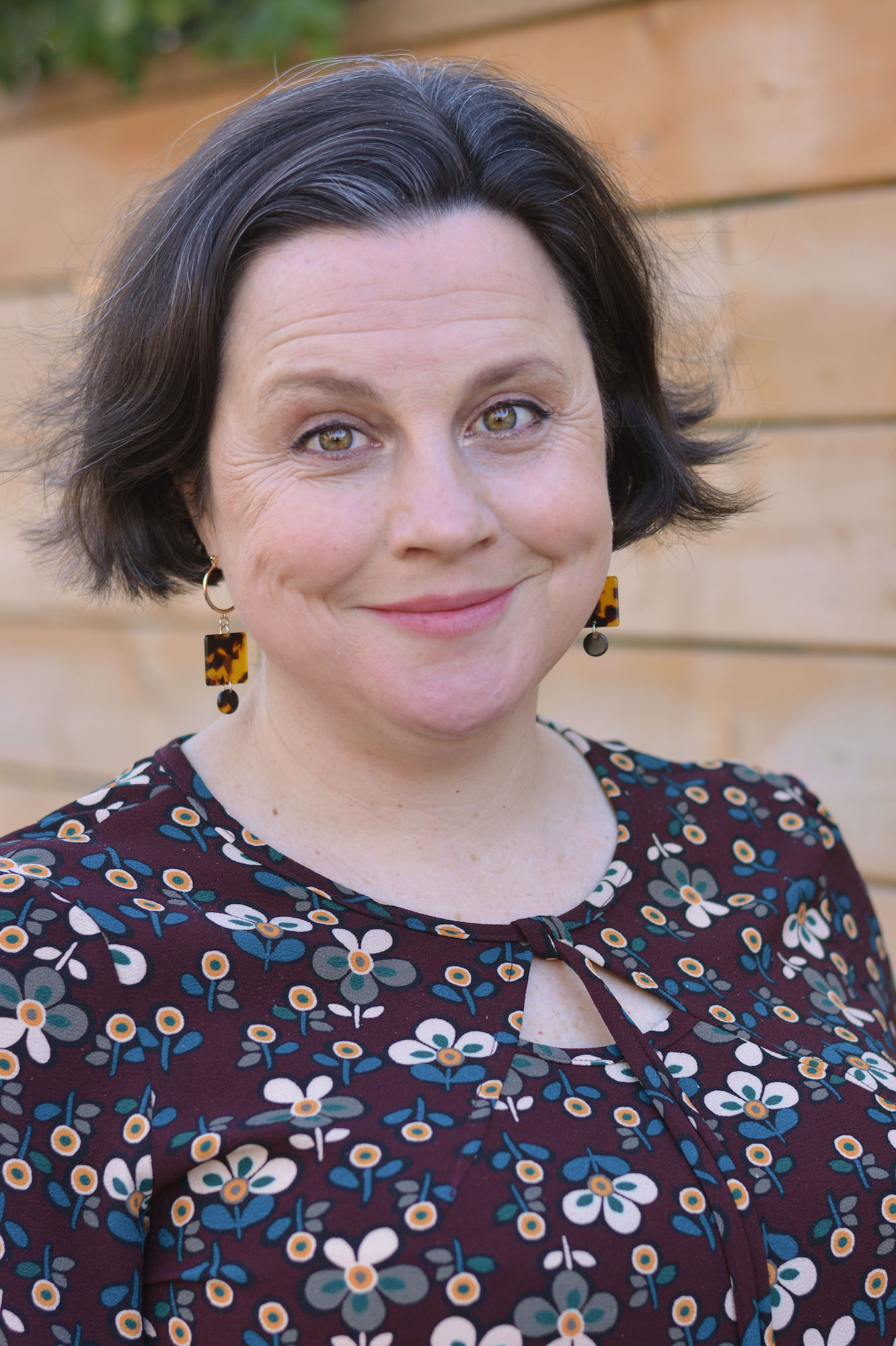 The Best Christmas Pageant Ever by Barbara Robinson
Recommended by Kerry Clare, writer

“My first encounter with the Herdmans, a fictional band of sibling hooligans, was in the 1983 TV movie starring Loretta Swit. The novel is just as funny, much less dated, and I’ve reread it many times with my children. The entire book is delightful—the uppity ladies upset by the Herdmans’ incursion is one of my favourite bits—and you can also watch the movie on YouTube.”

“One of my favourite Christmas Eve rituals is to light a fire, snack on Nuts and Bolts and rewatch the classic 1964 film Rudolph the Red-Nosed Reindeer, starring Burl Ives as the snowman and narrator. It’s my way of setting the holiday mood and reconnecting with my childhood. I love the film’s look and feel—Rudolph’s massive eyes and soft fur. And he has a special place in my heart because growing up with a name like Dolf, kids would call me Rudolf until my amazing older sister sorted them out. My interest in animals turned into a lifelong thing: now I can go look at real reindeer every day of the year.” 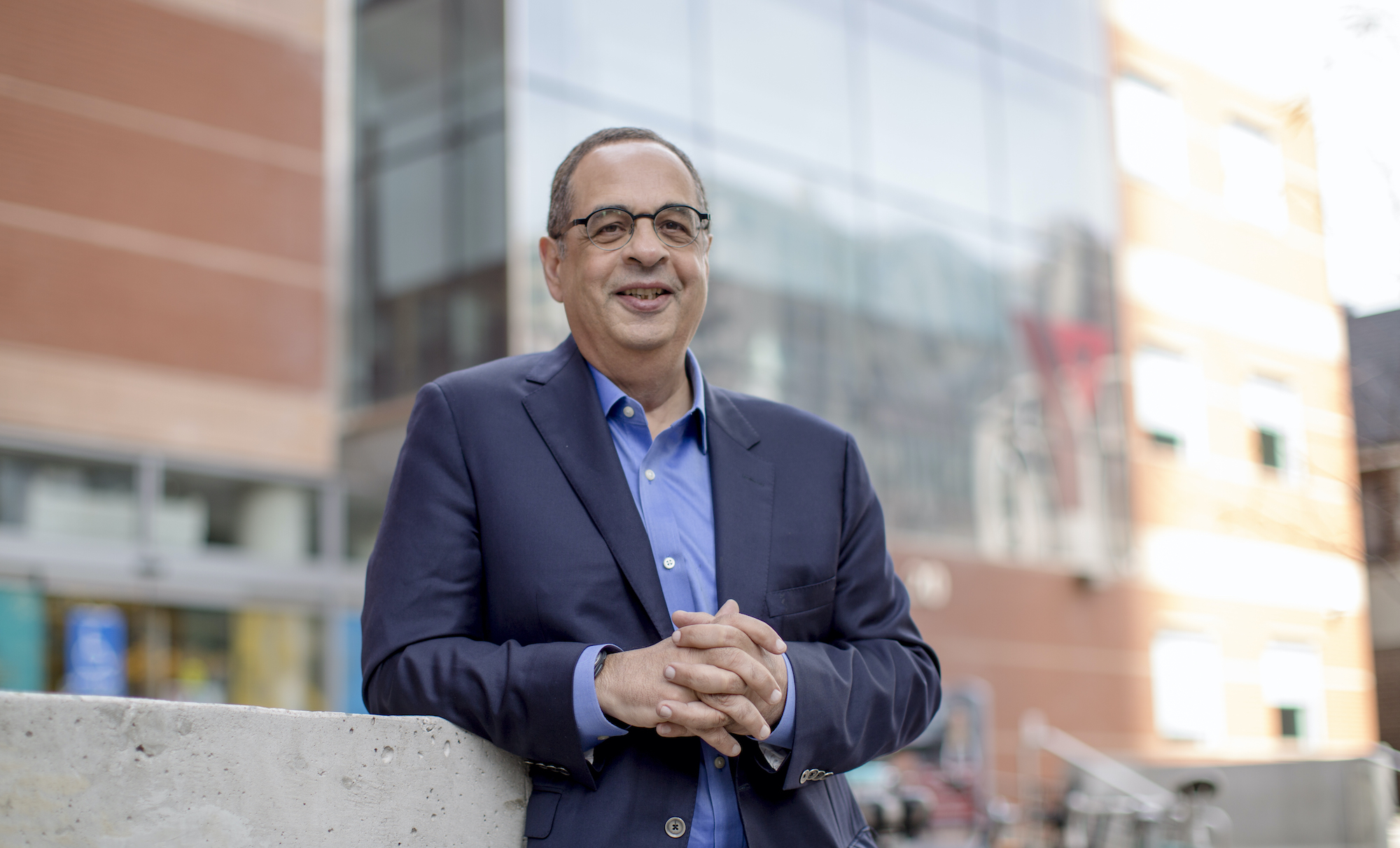 “My family is Muslim, but my father’s colleagues used to invite us to their celebrations when I was young. They’d ask about our traditions and then send us greetings during Eid, which made me feel included. Now, my wife Ann and I celebrate both Eid and Christmas. I have fond memories of huddling around the TV to watch Miracle on 34th Street.” 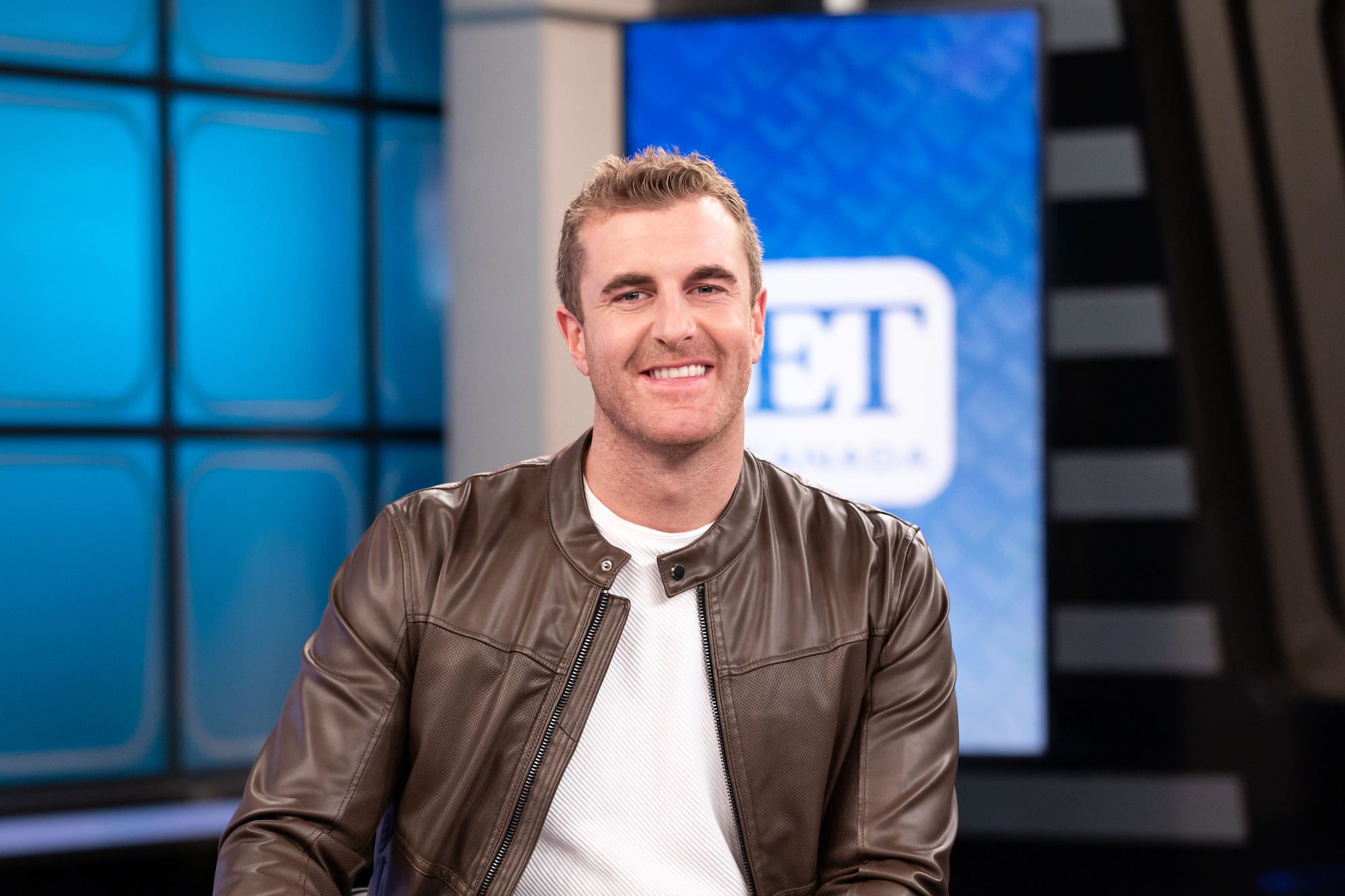 While You Were Sleeping
Recommended by Graeme O’Neil, reporter, ET Canada

“This wasn’t a holiday release, but Sandra Bullock tries unsuccessfully to pull a Christmas tree through her upper-storey apartment window with a rope. If that doesn’t say Christmas, I don’t know what does. I’ll also be watching The Family Stone starring Sarah Jessica Parker and Rachel McAdams, about an outrageous and heartbreaking family get-together that will make you laugh and cry—often at the same time.” 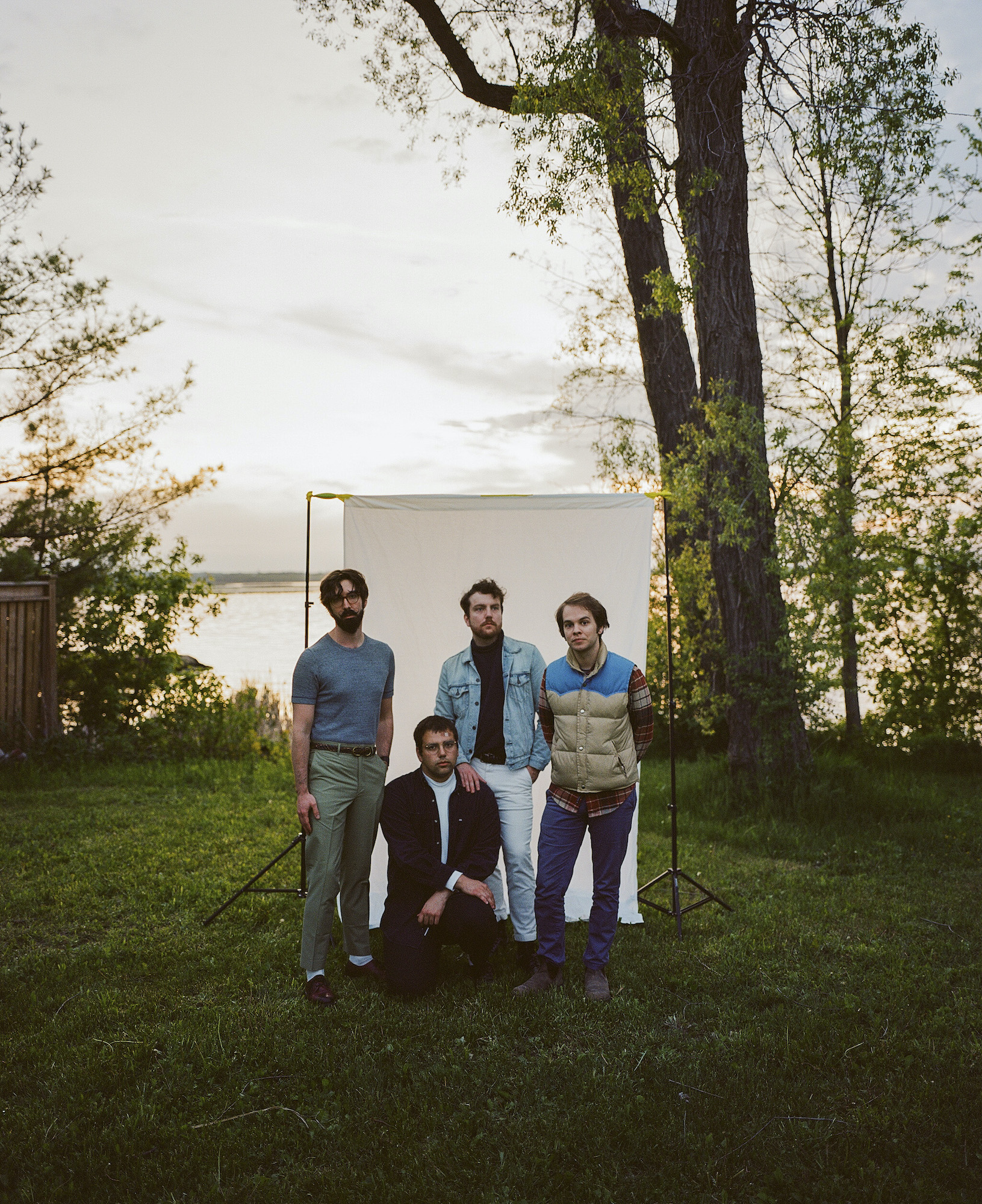 Abbey Road by the Beatles
Recommended by Francesco Figliomeni (second from left), musician and member of the Elwins

“Listening to Abbey Road and Let It Be around the holidays is very sentimental to me because, like most people, the Beatles played a huge part in shaping my taste. The holidays can sometimes bum me out, especially when I feel like I haven’t accomplished what I thought I would during the year. Hearing the last albums of a band I love is a comforting way to end the year and keep looking forward.”

“I love walking around Yorkville, checking out the Bay windows and drinking mulled wine at the Distillery market. My favourite playlist is Essential Christmas on Apple Music, packed with every classic holiday song, from Mariah Carey’s ‘All I Want for Christmas Is You’ to Wham!’s ‘Last Christmas.’ I know Christmas music is high on a lot of people’s hate lists, but it makes me happy—and that’s all that really matters when it comes to music. This year, most of my traditions won’t be possible due to Covid, so I’ll rely on the playlist to bring a smile to my face in December.” 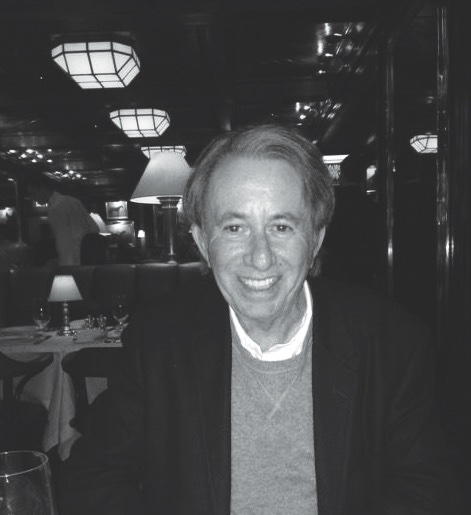 “If you have a 10-year-old boy in the house like I do, this 2002 Adam Sandler animated film is perfect, with its non-stop Sandler gross-out humour delivered in his signature good-natured style. Set during Hanukkah, it tells the story of a Jewish ne’er-do-well in small-town New England whose life is in serious need of a makeover. And it’s a musical with at least two great numbers you’ll want to play over and over.”

“For 33 consecutive years, I have directed Tafelmusik’s Sing-Along Messiah as my alter ego, George Frideric Handel. Sadly, the concert hall will be silent this year, but I will watch and relive the joyful experience from the comfort of my home when Tafelmusik screens our filmed version for free on its website from December 17 to 26.” 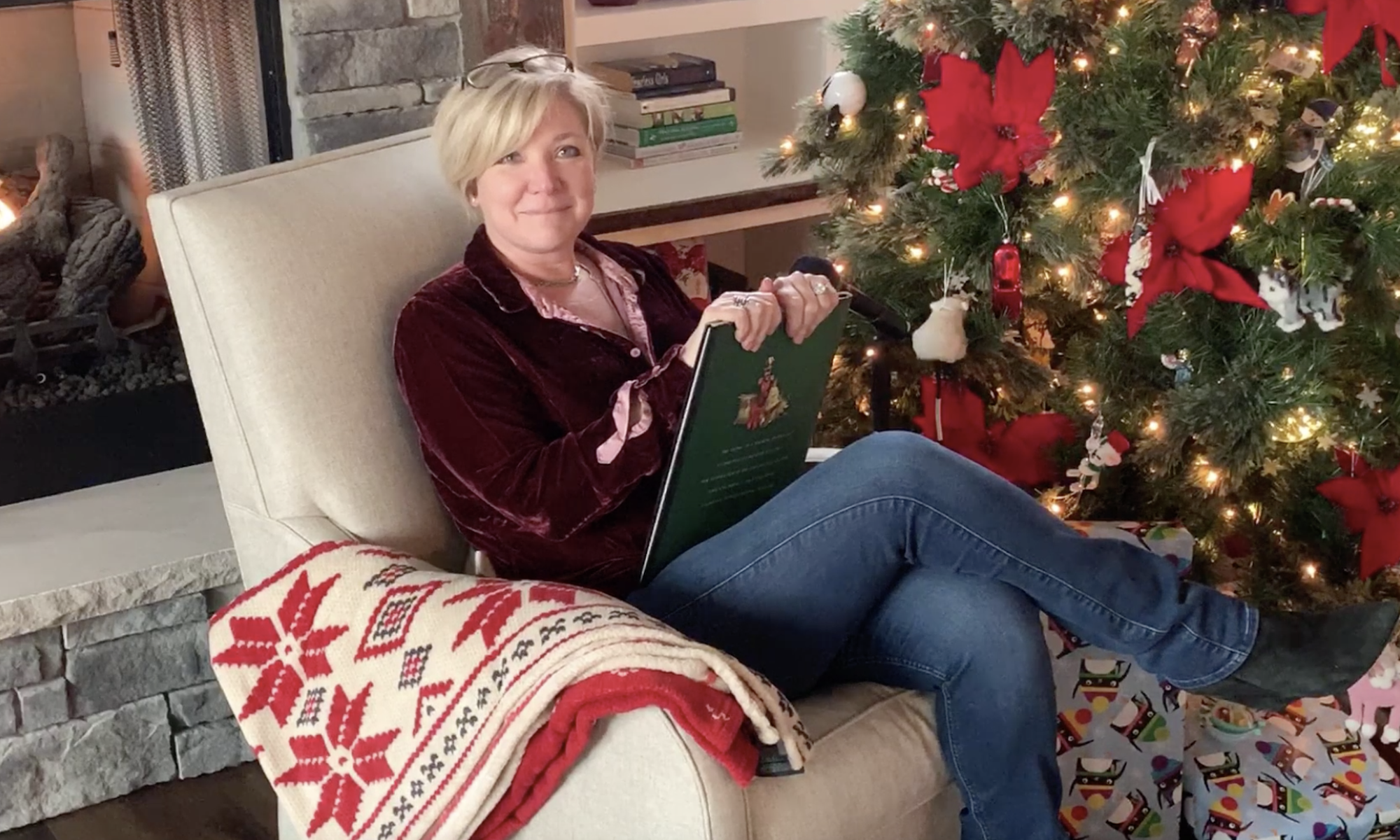 “My kids are nearly grown—I have two teens in the house and one away at university—but I still hold on to some of the traditions from when they were little: Christmas PJs, lots of food and making them wait at the top of the stairs on Christmas morning before they open their gifts. And on Christmas Eve, we curl up on the couch and watch Home Alone for the umpteenth time.”