A giant red bear, a bamboo jungle gym and three other cool art installations that just popped up along the waterfront

A giant red bear, a bamboo jungle gym and three other cool art installations that just popped up along the waterfront 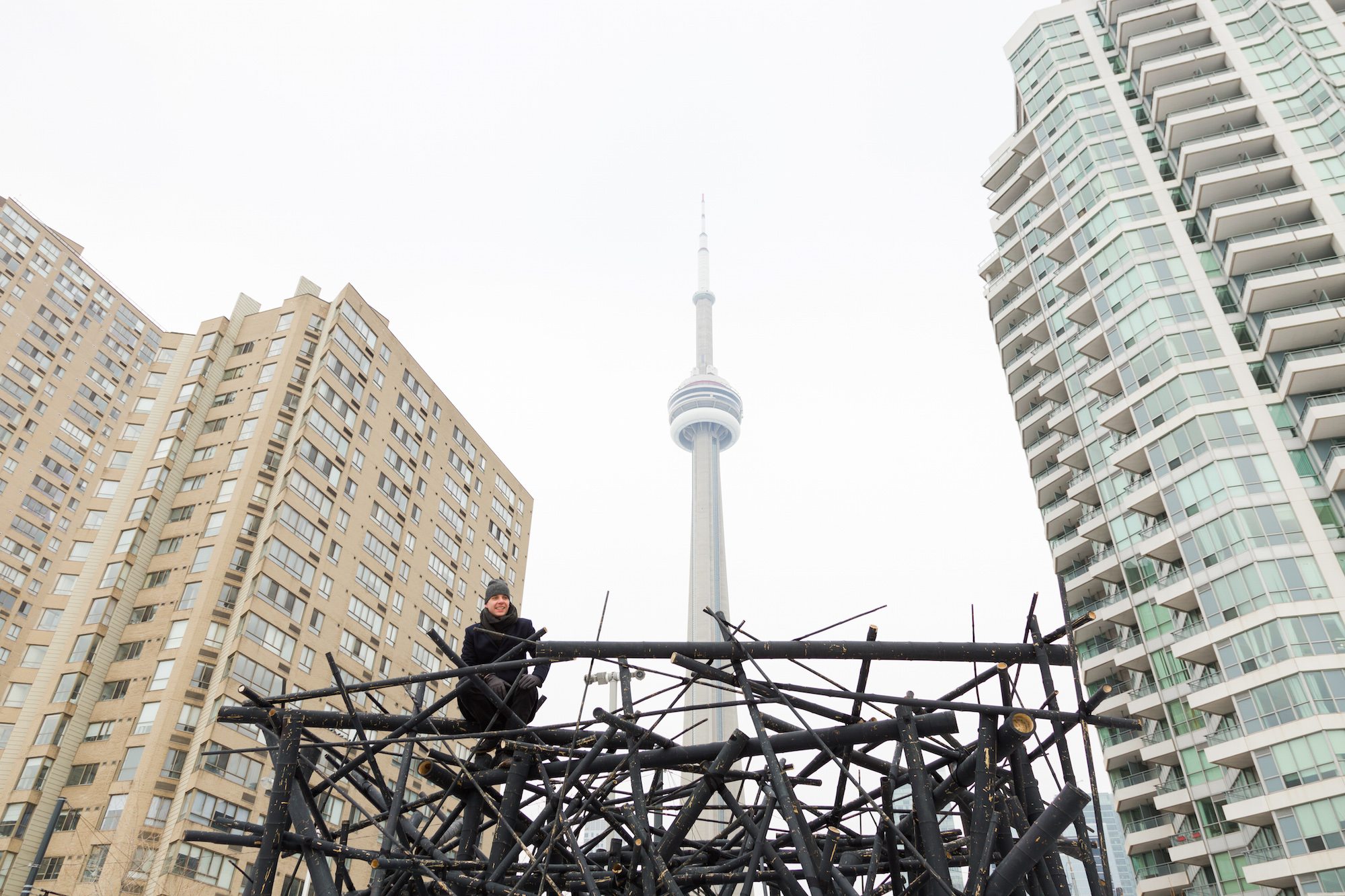 IceBreakers, the Waterfront BIA’s now-annual exhibition of amazing lakeside art, is back on Queens Quay West to help the city awaken from hibernation, get some Vitamin D and beat its post-holiday blues. This year’s five large-scale installations—on display between York and Spadina until February 25—were inspired by the common theme of “constellation.” Here, a closer look at the creations that visitors can climb, look through and use to make music. 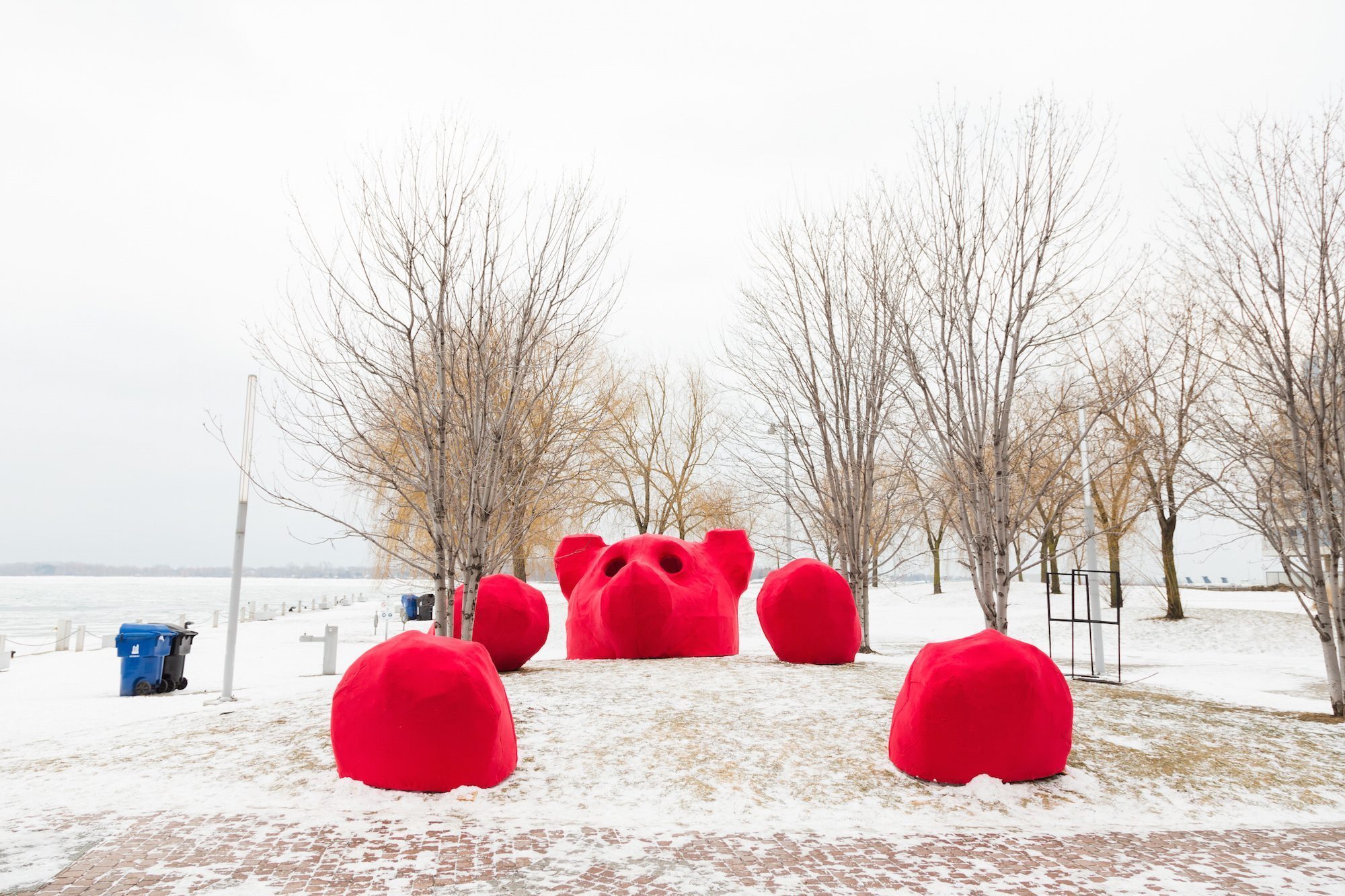 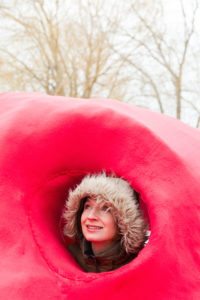 Through the Eyes of the Bear

By Tanya Goertzen of People Places (Calgary, Canada)
This installation in HTO Park West was inspired by the Great Bear constellation. “Bears have often fascinated humans,” says Goertzen. “Now, their survival depends on the choices we and future generations make.” She wants viewers to imagine what it’s like to be a bear. “For us to do something, we need to have empathy.” At the same time, she wanted to create something inviting and playful—something adults and children would want to get close to. It’s made from molded fibreglass, covered in a soft, fleecy material. 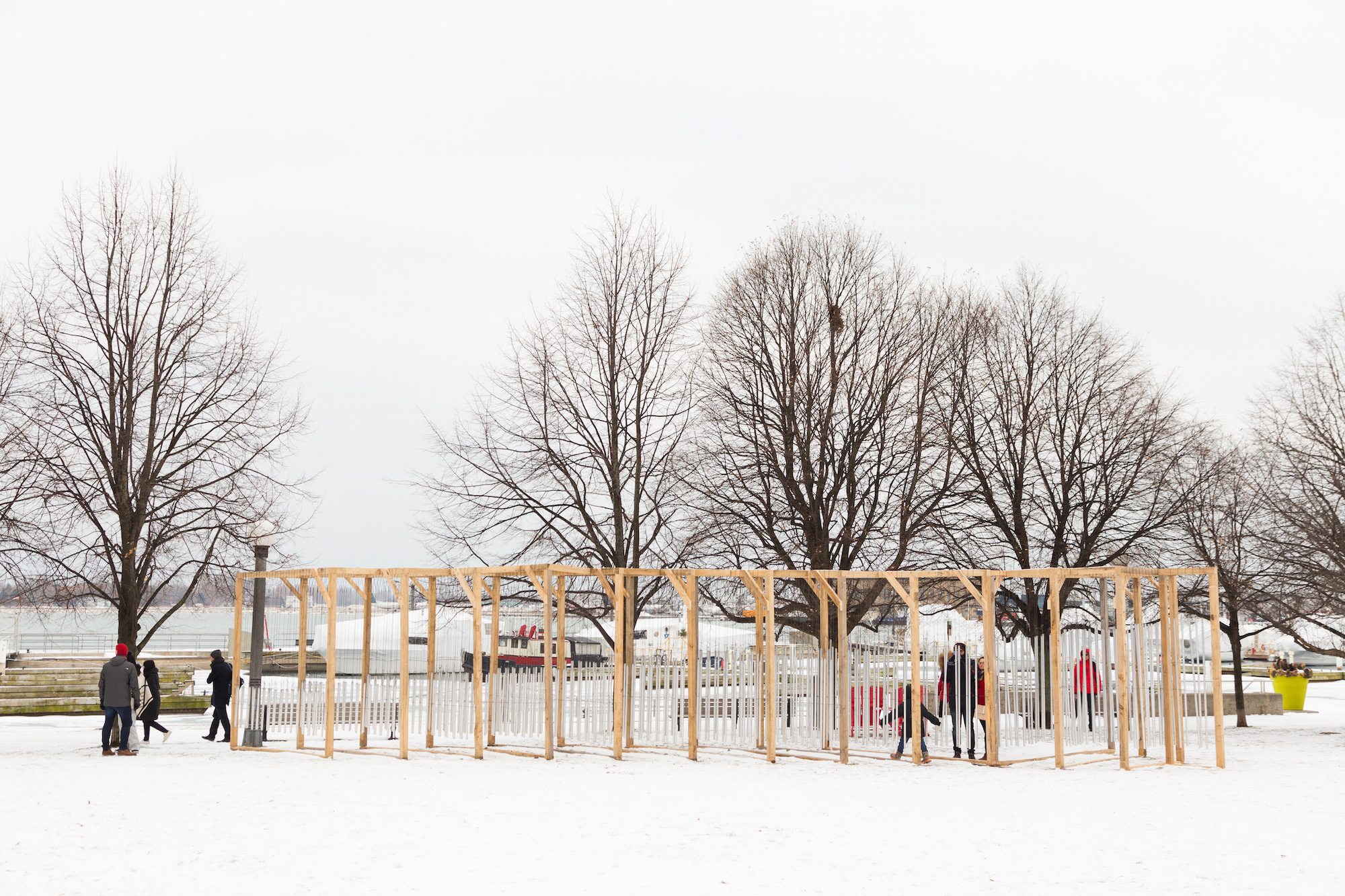 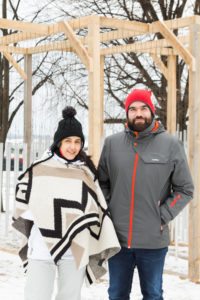 By João Araújo Sousa and Joana Correia Silva of JJs Arquitectura (Porto, Portugal)
Sousa and Silva were influenced by the constellation Lyra, said to depict a bird carrying a lyre, for their installation in the Toronto Music Garden, a labyrinth of 350 pipes that chime in the wind and when plucked by spectators. “Music is a great way to make people come together and explore their creativity,” says Correia Silva. “We’re hoping to bring more life to the Music Garden and show that, even in the winter, public art can be fun and engaging.” 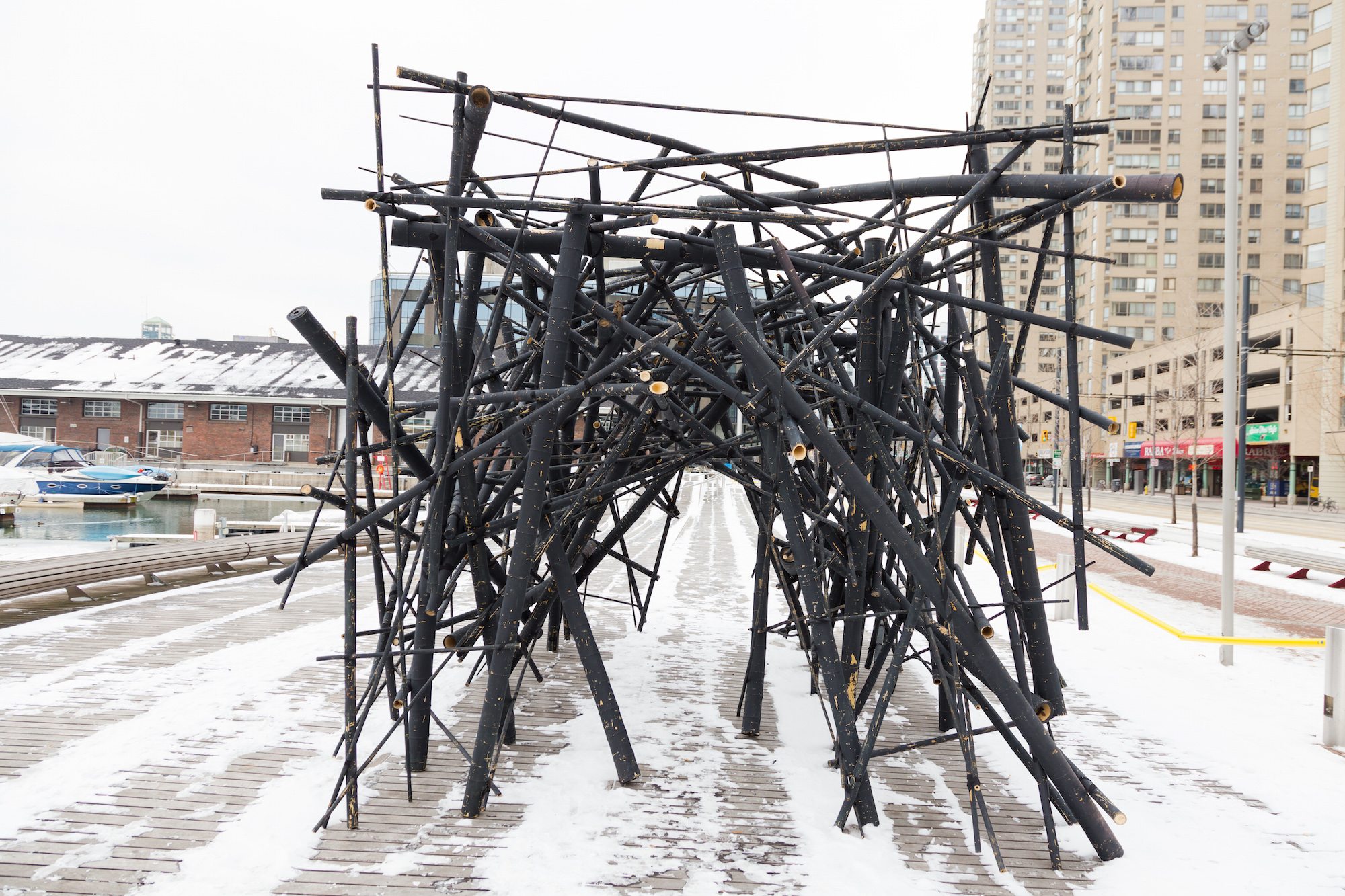 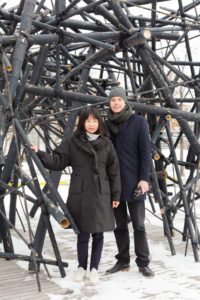 By Bennet Marburger and Ji Zhang of 2408 Studio (Hangzhou Shi, China)
This piece, near the Harbourfront Centre, is made from bamboo that’s been painted black. The artists want viewers to use and interpret it as they please: observe from a distance, walk inside and feel the space, climb on top of it. “People can look at Black Bamboo as a sculpture about constellations,” says Marburger. “Others might see it as a jungle gym or a look out-tower. Everybody can make up their own mind.” 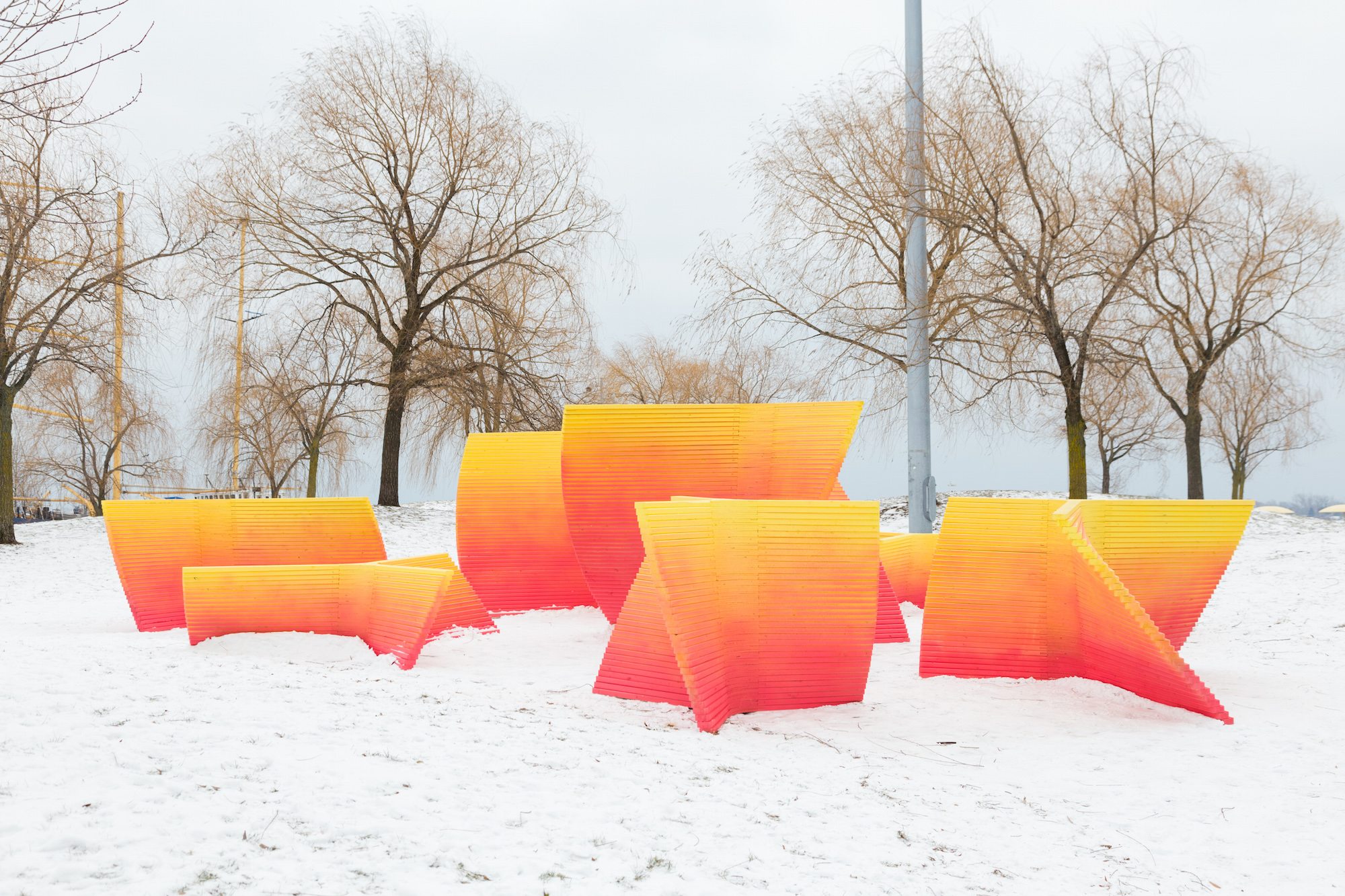 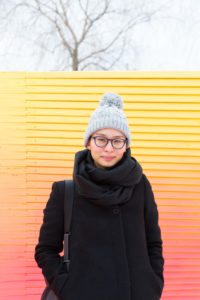 By Thena Tak (Vancouver, Canada)
HTO Park’s bright, bold installation is meant to emphasize the importance of every star in a constellation, whether it’s in the centre or at the edge. Tak created it by arranging two-by-fours into pinwheels. “I wanted people to be able to move through the installation and sit down on it,” she says. “There is no prescribed way to interact with the piece. The intent was to welcome people to create their own experience.” 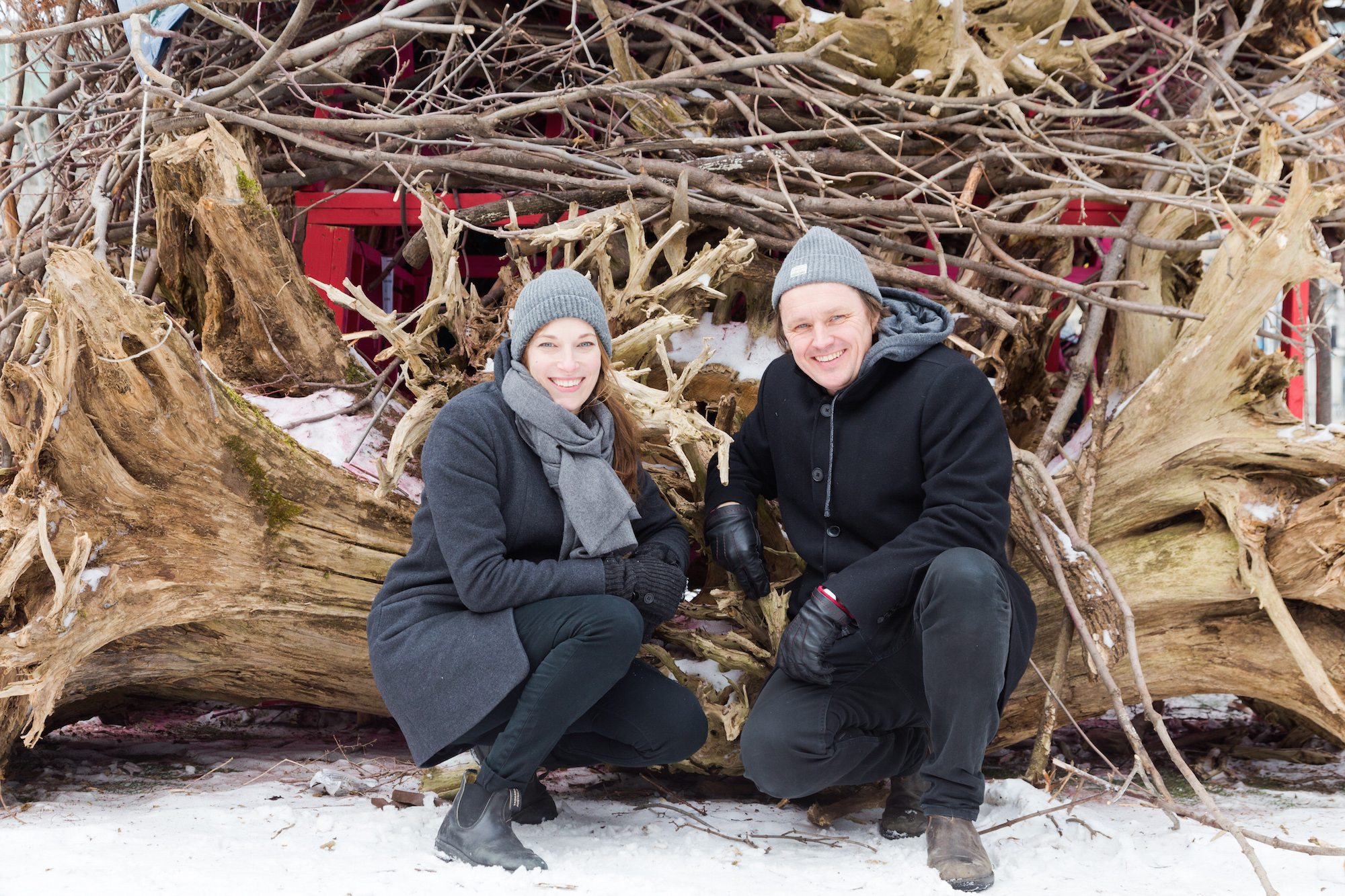 By Liz Wreford and Peter Sampson of Public City Architecture (Winnipeg, Canada)
Wreford and Sampson sourced 36 cedar roots from a plot of land near Georgian Bay that was being cleared to create Root Cabin. The installation is a hybrid of two iconic forms found around Ontario: the log cabin and the root fence, borders made from tree roots. “We love traditional dwellings and are amazed with the things people can make from the land,” says Sampson.