A star-studded Handmaid’s Tale reading, a gorgeous archival photo exhibit and eight other things to see, do, hear and read this week

A star-studded Handmaid’s Tale reading, a gorgeous archival photo exhibit and eight other things to see, do, hear and read this week

A Handmaid’s Tale reading, featuring Atwood and Offred
1This Wednesday, Margaret Atwood and Elisabeth Moss will march two by two into Union Station, where they’ll perform a live reading of Atwood’s dystopian bestseller turned hit television series, The Handmaid’s Tale. The event marks the launch of Audible.ca, the Canadian arm of the audiobook service. Arrive early: the reading starts at 10 a.m. and is likely to stop more than a few curious commuters. Wednesday, September 13. Free. Union Station.

A high-tech VR play
2Virtual reality has already changed film and gaming. Now it’s coming for theatre. City of Ghosts is an ambitious attempt to marry VR and live performance, allowing audience members with smartphones, tablets or AR glasses to interact with the play—a motion-capture project shot with actors. The $1.5-million production is part of the Festival of International Virtual and Augmented Reality Stories. Friday, September 15 to Sunday, September 17. $45. House of VR.

A glimpse of Canada through American eyes
3Last year, the Ryerson Image Centre got its hands on a gallerist’s dream: 25,000 images of Canada from the New York Times’ archives, donated by GTA real estate exec Chris Bratty. After a year of sifting and scrutinizing, the gallery is featuring 230 photos from the collection in a new exhibition, The Faraway Nearby. For a look at some of the shots, read our photo essay about the show. Wednesday, September 13 to Sunday, December 10. Ryerson Image Centre.

The Aliens, a play for millennial misfits
4The Coal Mine Theatre launches its 2017–2018 season with the Canadian premiere of Pulitzer Prize–winner Annie Baker’s celebrated drama The Aliens, which earned comparisons to Chekhov during its off-Broadway run. Set in a coffee shop in Vermont, where two 30-ish misfits find refuge, Baker’s play is a melancholy tribute to the “lost generation” who have come of age in modern America. Sunday, September 17 to Sunday, October 8. $25–$42.50. Coal Mine Theatre.

The sombre side of Emily Haines
5We should have seen Emily Haines’s new album coming: 2017 has shaped up to be the year of Broken Social Scene’s reawakening, between the band’s triumphant comeback album, Hug of Thunder, and new music and plays from Feist, Kevin Drew and Torquil Campbell. Haines’s contribution to the deluge is Choir of the Mind, her first solo record in a decade. She wrote it during the quiet moments at the piano that punctuated tours with Metric, a band that has increasingly favoured poppy synths over crunchy guitars. Choir of the Mind heads in another direction, offering heavenly choral arrangements and tender piano ballads. Friday, September 15. Last Gang Records.

The Seat Next to the King, a Fringe Fest hit revisited
6In a public bathroom in Washington D.C., a white man seeks a sexual encounter with a black stranger. When they discover they both have links to some of the country’s most powerful figures—one is an aide to Lyndon B. Johnson, while the other is an advisor to Martin Luther King, Jr—their clandestine hook-up becomes the stage for conversations about race, sexuality, power and masculinity. Steven Elliott Jackson’s erotically charged play was one of the major successes at this year’s Toronto Fringe Festival. Sunday, September 17 to Sunday, October 1. $29. The Theatre Centre.

A tale of two Jimmys
8Jimmy is a rugged, PTSD-wracked ex-soldier living on the streets of Montreal. When he tries to recall his adolescence, he instead gets lost in the history of another Jimmy: General James Wolfe, the British officer who defeated the French in the Battles of the Plains of Abraham. When modern-day Jimmy learns that war robbed Wolfe of his dream vacation—an artsy excursion in Paris—Jimmy decides to take it, or at least a humbler version of the trip, for him. In Lost in September, the follow-up to her bestselling Annabel, Kathleen Winter offers a fresh account of a familiar figure, and a wrenching portrait of a new one. Tuesday, September 12. Knopf Canada.

An angsty trip back to the aughts
9Do you ever feel like breaking down? Do you lock yourself in your room with the radio on turned up so loud that no one hears you’re screaming? Well, get out of your room, because Simple Plan—the Canadian band that prodded right at your teen-angst—is back with their 15th anniversary tour, where they’ll play a new batch of emo-rock tunes like “Perfectly Perfect” (not to be confused with their throwback hit, which was merely “Perfect”). Saturday, September 16. $49.50–$60. Danforth Music Hall.

A garlicky feast
10Whether you’re trying to find new flavours, lower your cholesterol or fend off vampires, garlic is for you. The Toronto Garlic Festival will open your eyes to just about every possible way to consume the ingredient—in meats, beers and even ice cream—with plenty of food, film screenings, live music, garlic art and “free raw garlic shots.” Sunday, September 17. $5. Artscape Wychwood Barns. 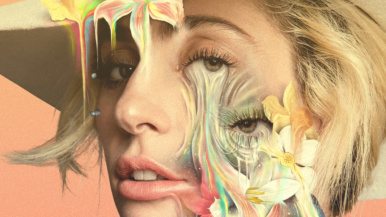