On now as part of the Contact festival, Queering Family Photography spotlights the domestic lives of queer, trans and two-spirited people across Canada. The collection of images, on exhibition at Stephen Bulger Gallery until May 26, challenges the idea of what a “normal” family looks like: these are moments of love, captured by families that define their own roles.

We spoke to curator Elspeth Brown about some of the subjects featured in the show. 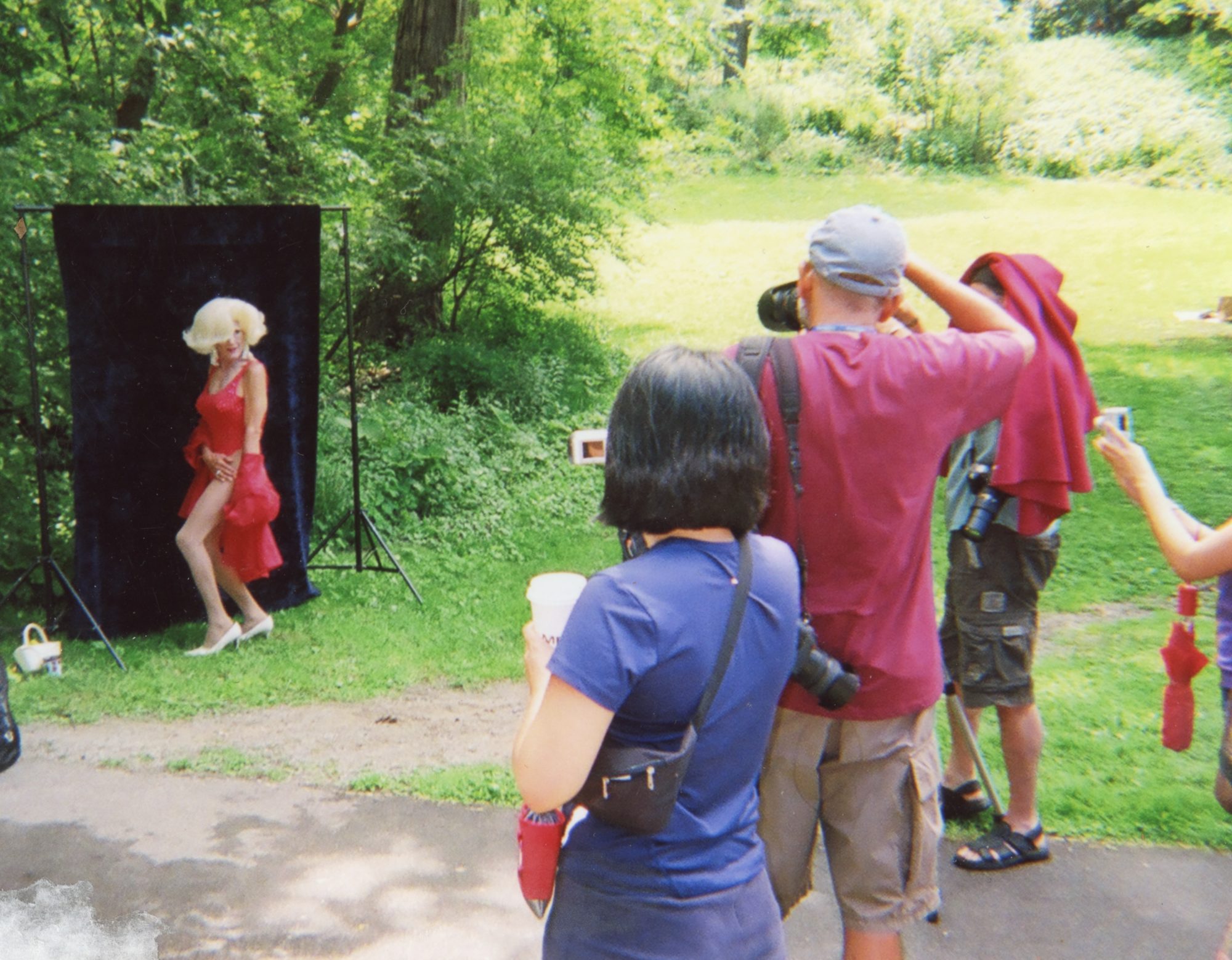 This image of drag performer Fontaine highlights the idea that queer lives often look different in public and private spaces. Here, we see someone controlling their own image and playing to the camera. 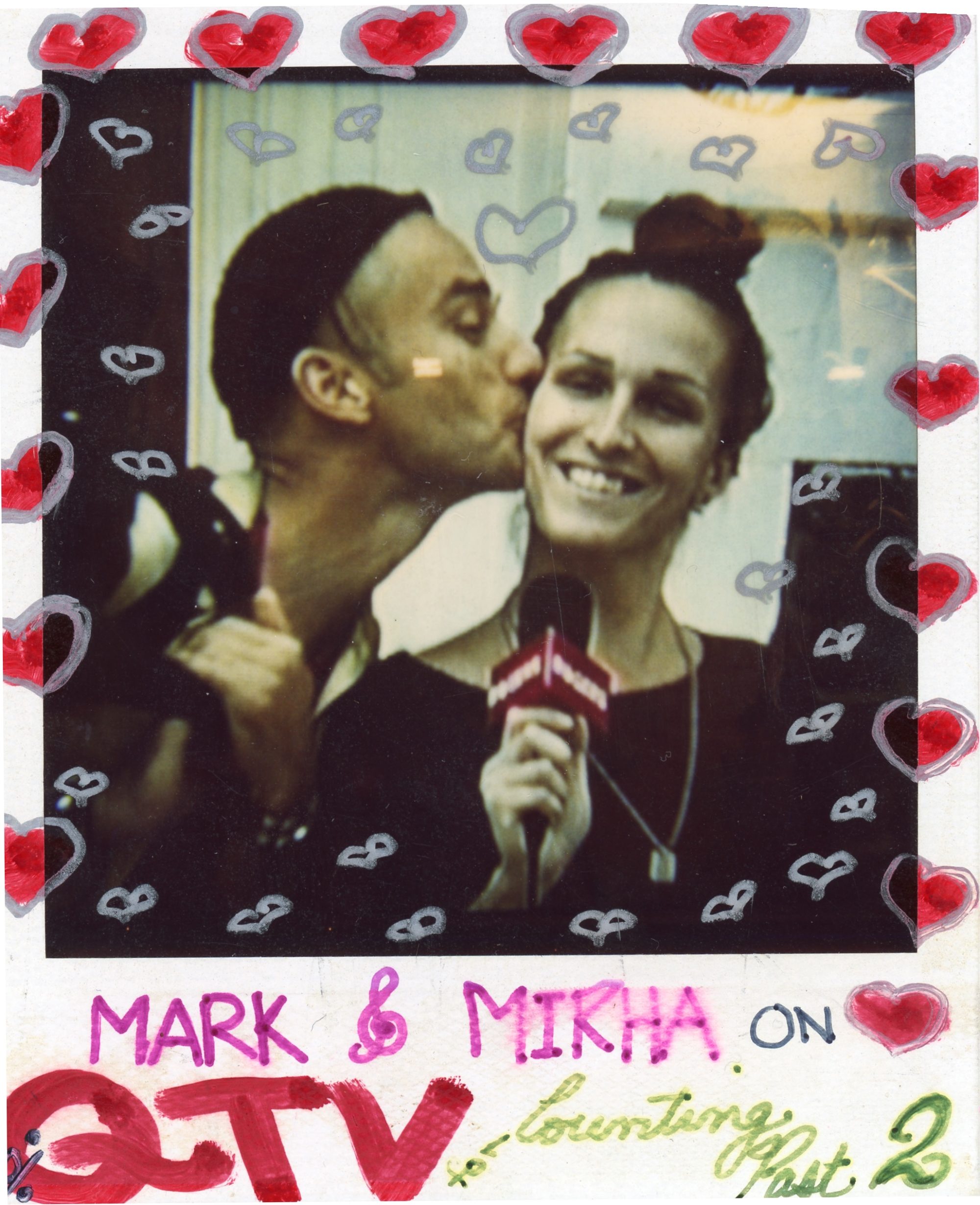 Historically, Polaroids were a safe way to capture queer intimacy, eliminating the prospect of getting your pictures printed at a shop and eliciting negative reactions from the clerk behind the counter. This shot features Mirha-Soleil Ross, a trans videographer, performance artist, sex worker and activist, with her partner, film editor Mark Karbusicky, who passed away in 2007. 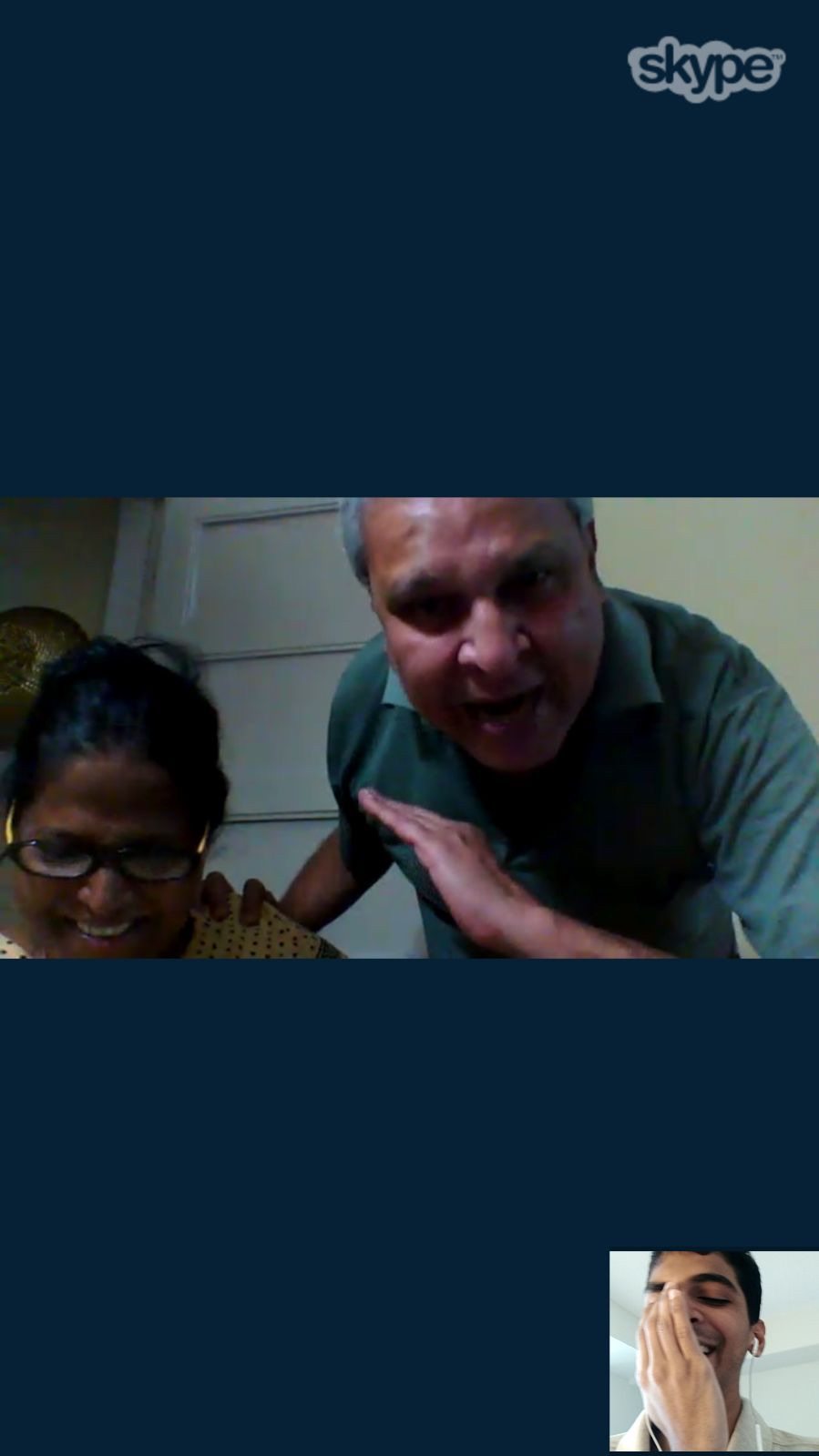 In this screenshot, we see Toronto-based queer-identifying student Mudit Ganguly speaking to his parents in Mumbai over Skype—a digital-age update of the traditional family photo. 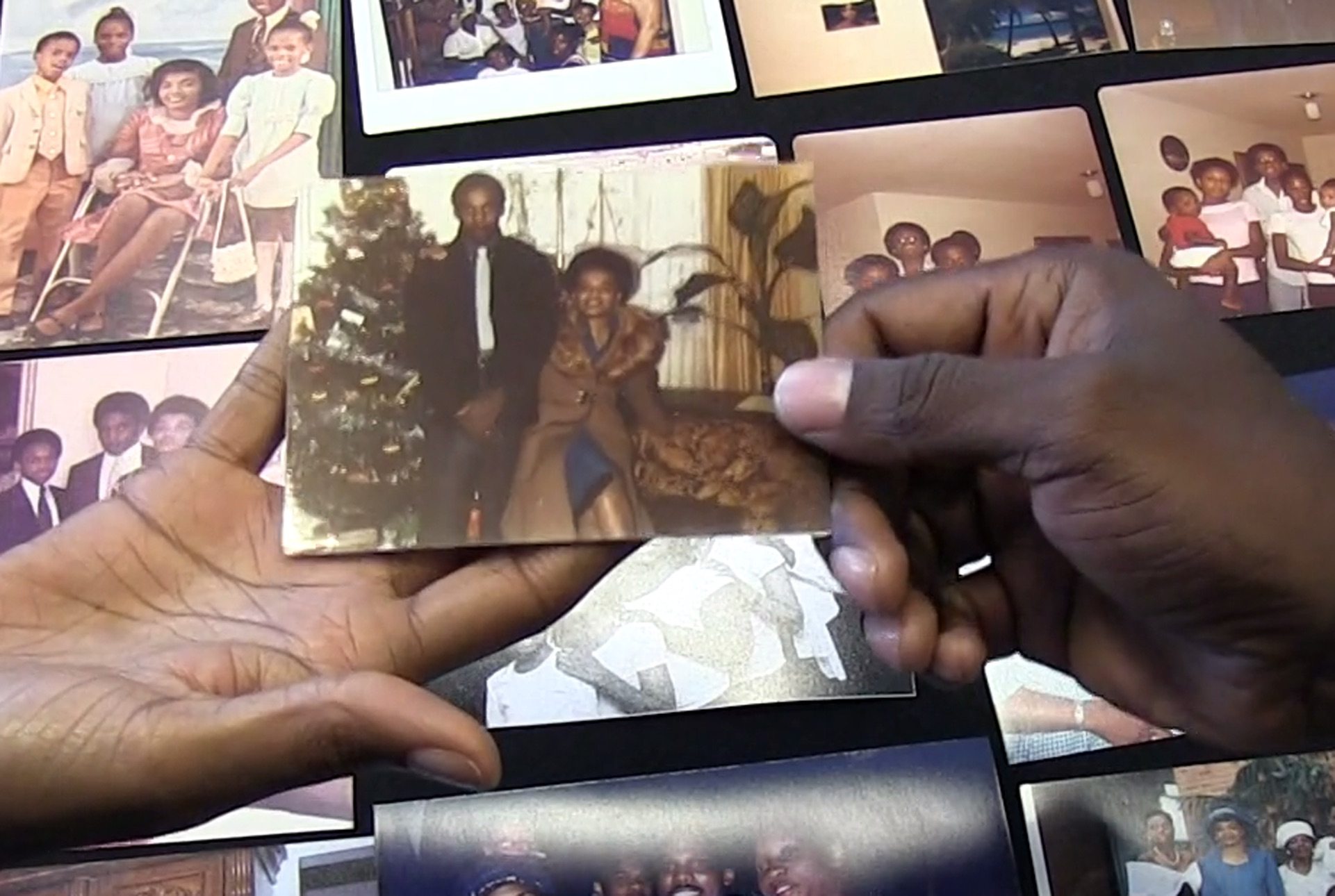 Brown worked with an organization called Family Camera Network to source queer and trans family photos with a focus on migration and racialization. “This film still is from an interview about one man’s awkward 1970s Christmas,” says Brown, “just after he came out to his mother as gay.” 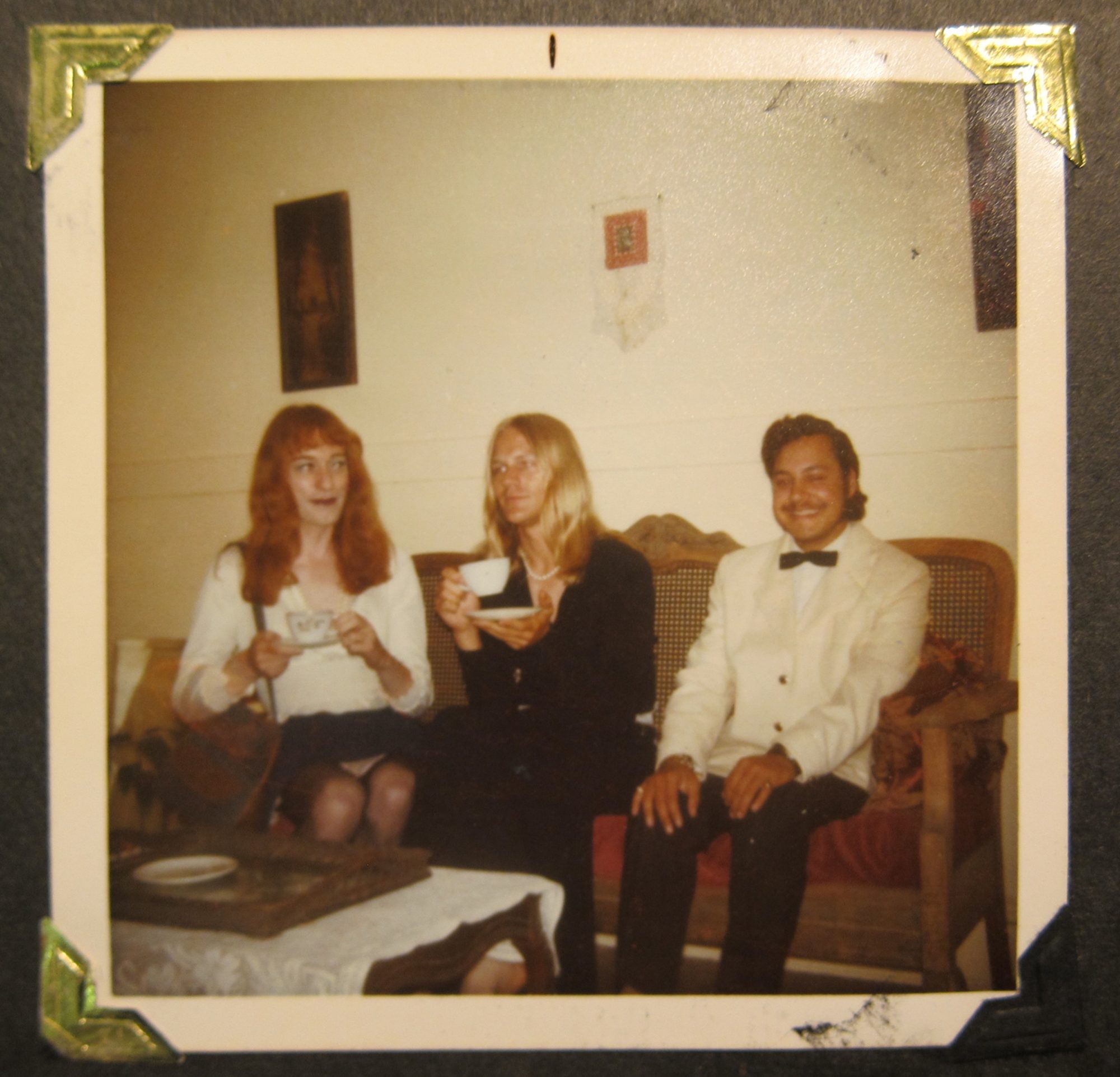 This party scene features Rupert Raj (far right), a pansexual trans activist who founded several trans organizations and periodicals, including the Foundation for the Advancement of Canadian Transsexuals, Gender Review: The FACTual Journal and Metamorphosis Magazine. 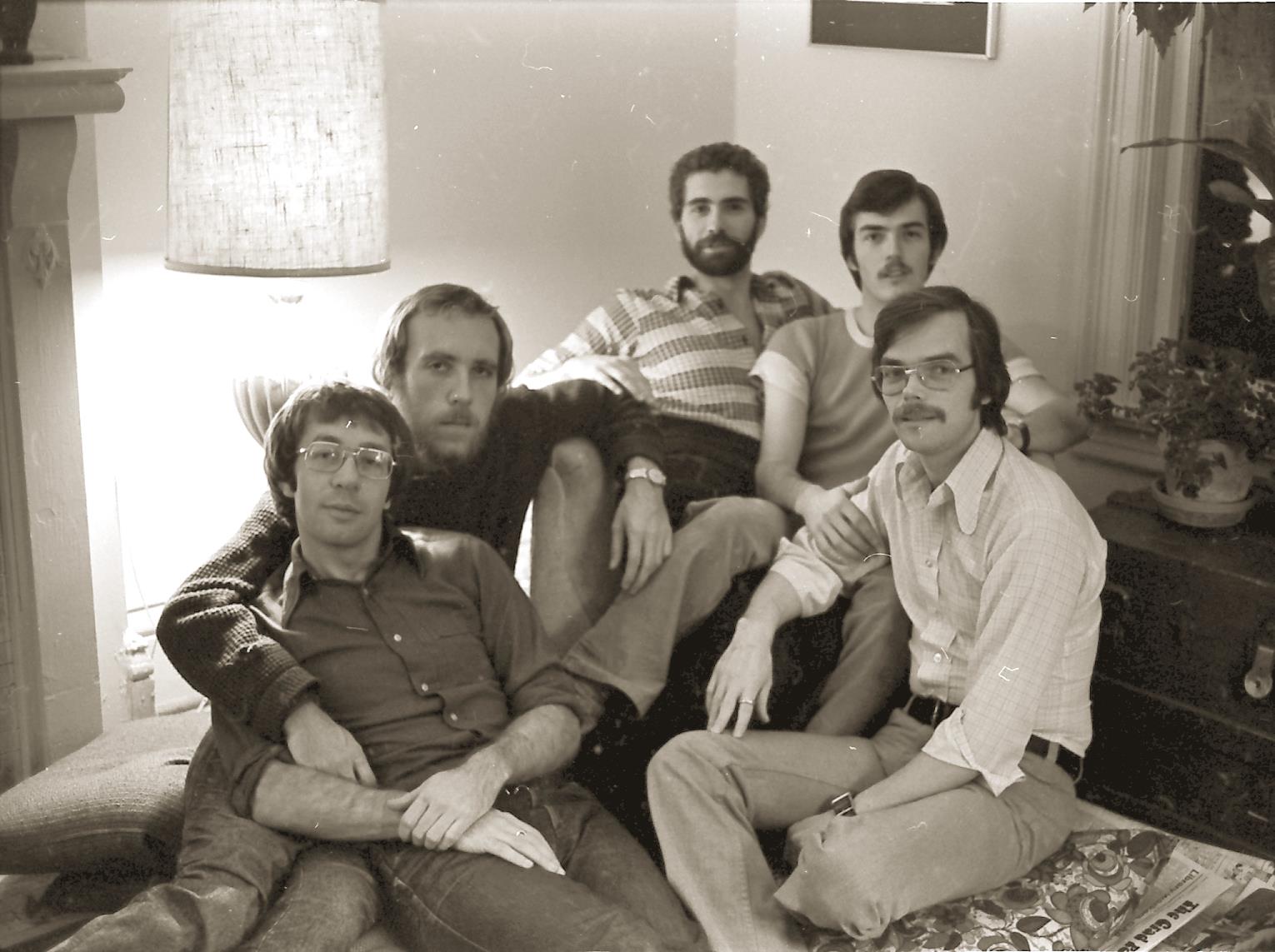 These men—from left, Gerald Hannon (now a regular Toronto Life contributor), Robert Trow, Ed Jackson, Herb Spiers and Merv Walker—worked together on The Body Politic, a gay-liberation newspaper that was at the forefront of queer activism in Canada from 1971 to 1987. 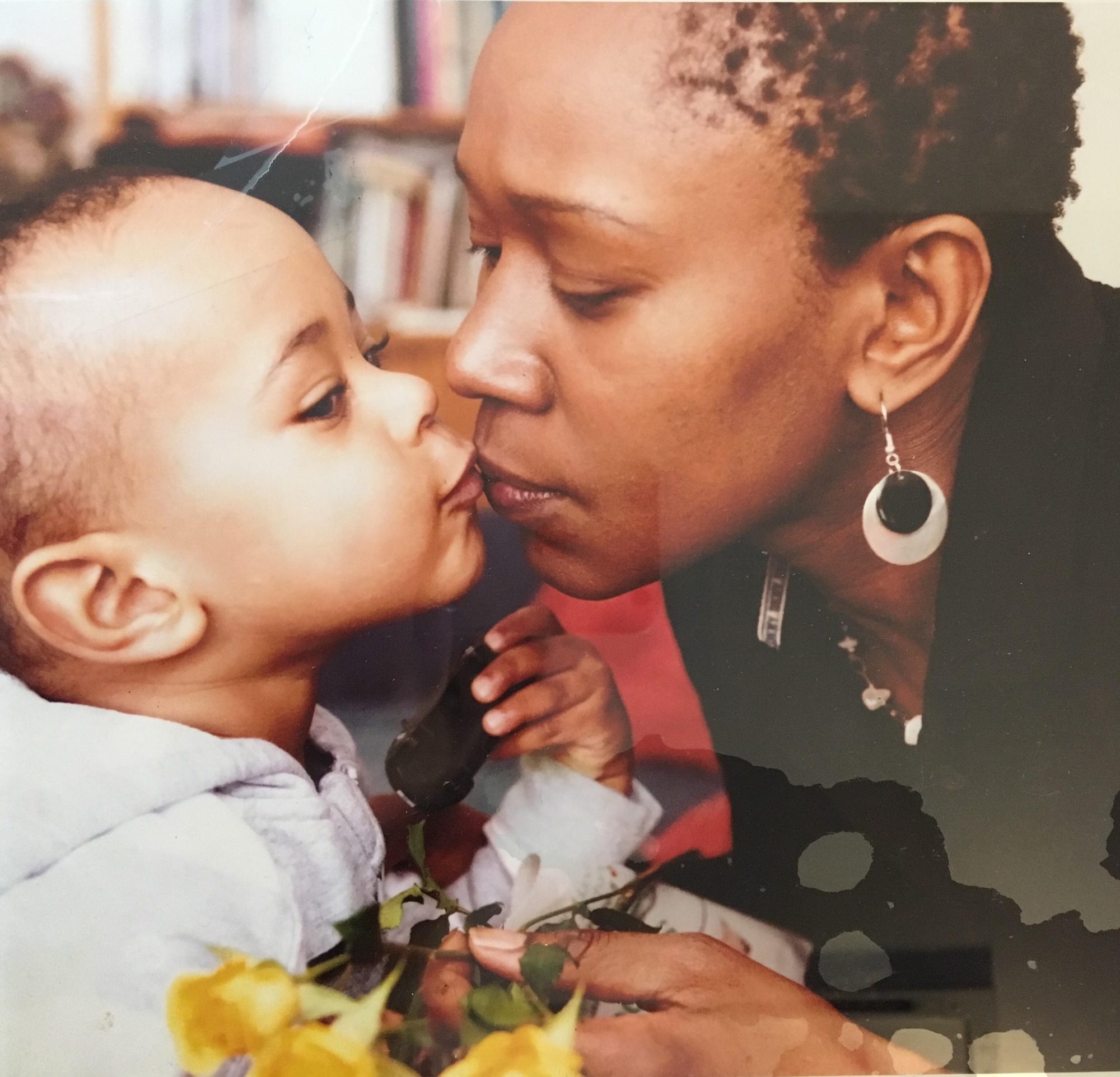 “Teo is a Kenyan-Canadian woman who, like many LGBT people, has had to contend with a lack of acceptance from her family of origin,” Brown says. “This photograph speaks to the purity and intensity of her love for Matthew.” 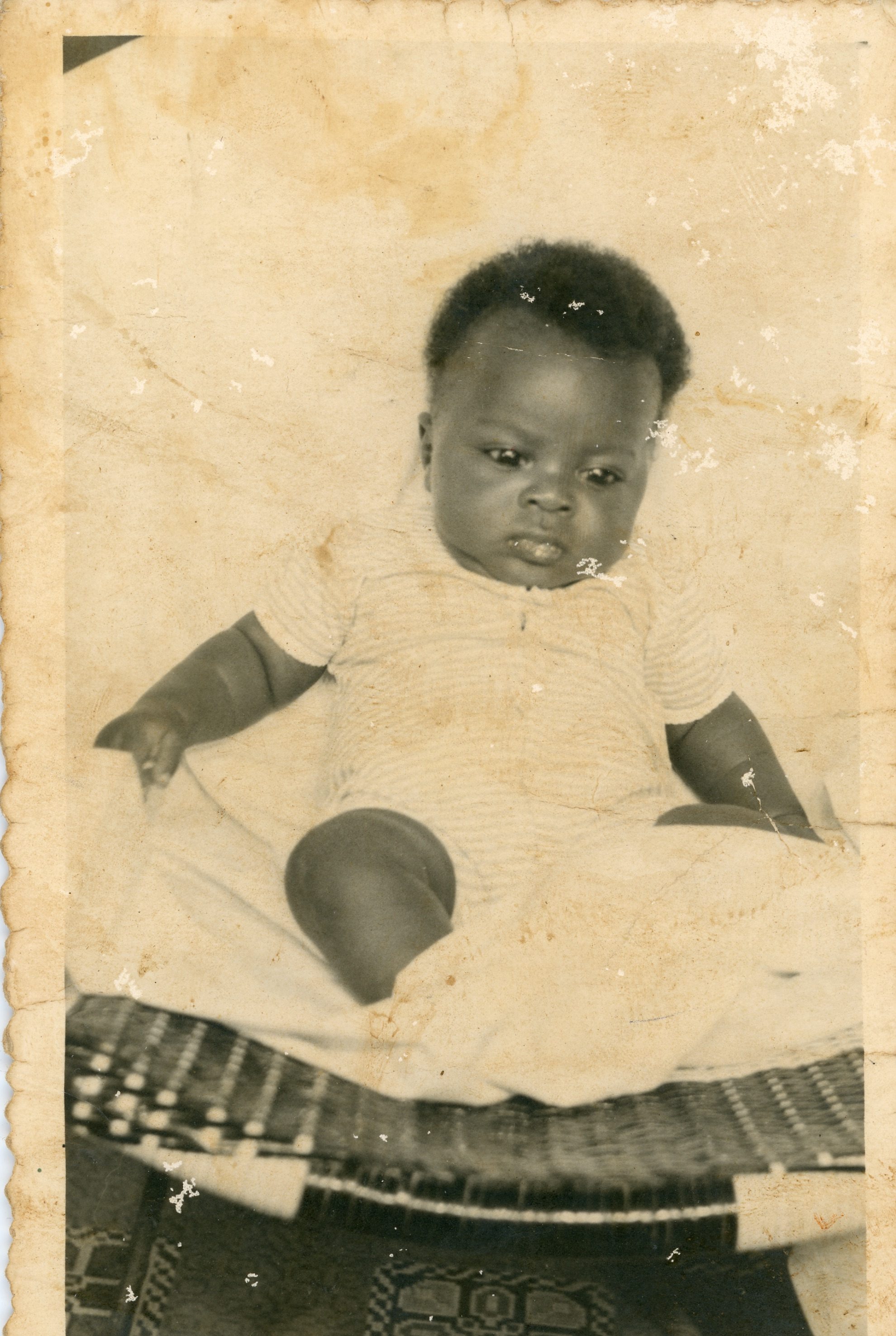 “Carlos was the first boy in an Ivory Coast family with many girls, so he received special treatment,” Brown says. “Later, however, reports of Carlos’ ‘effeminate’ behaviour disturbed his father, and tensions came to a head when his father learned of his sexuality.” Carlos shared this baby photo of himself to illustrate simpler times. 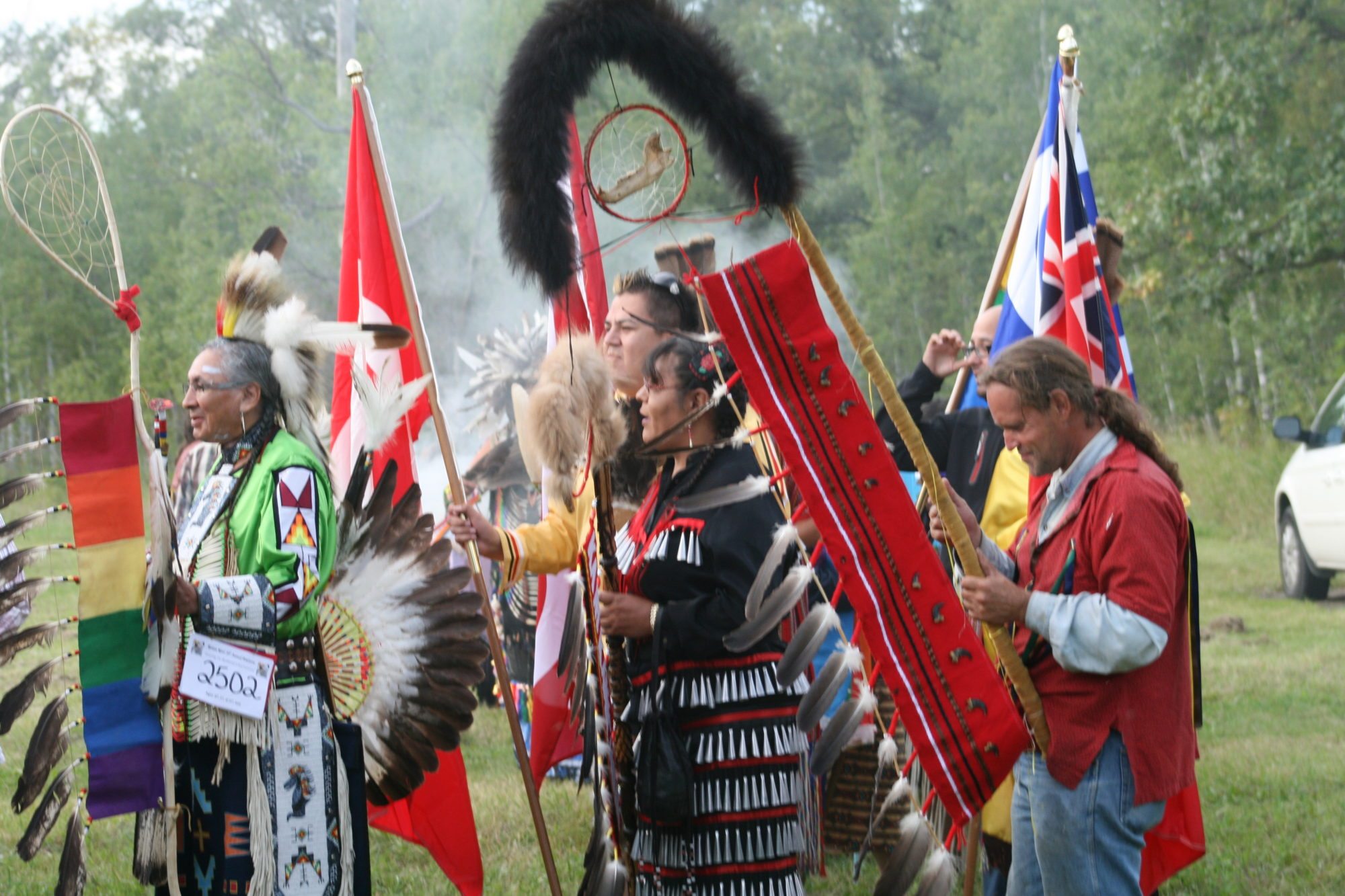 These powwows are an opportunity for two-spirited people to connect with each other and with Indigenous culture. The two-spirit movement is a protest against both the gender and family-structure norms enforced by colonization. 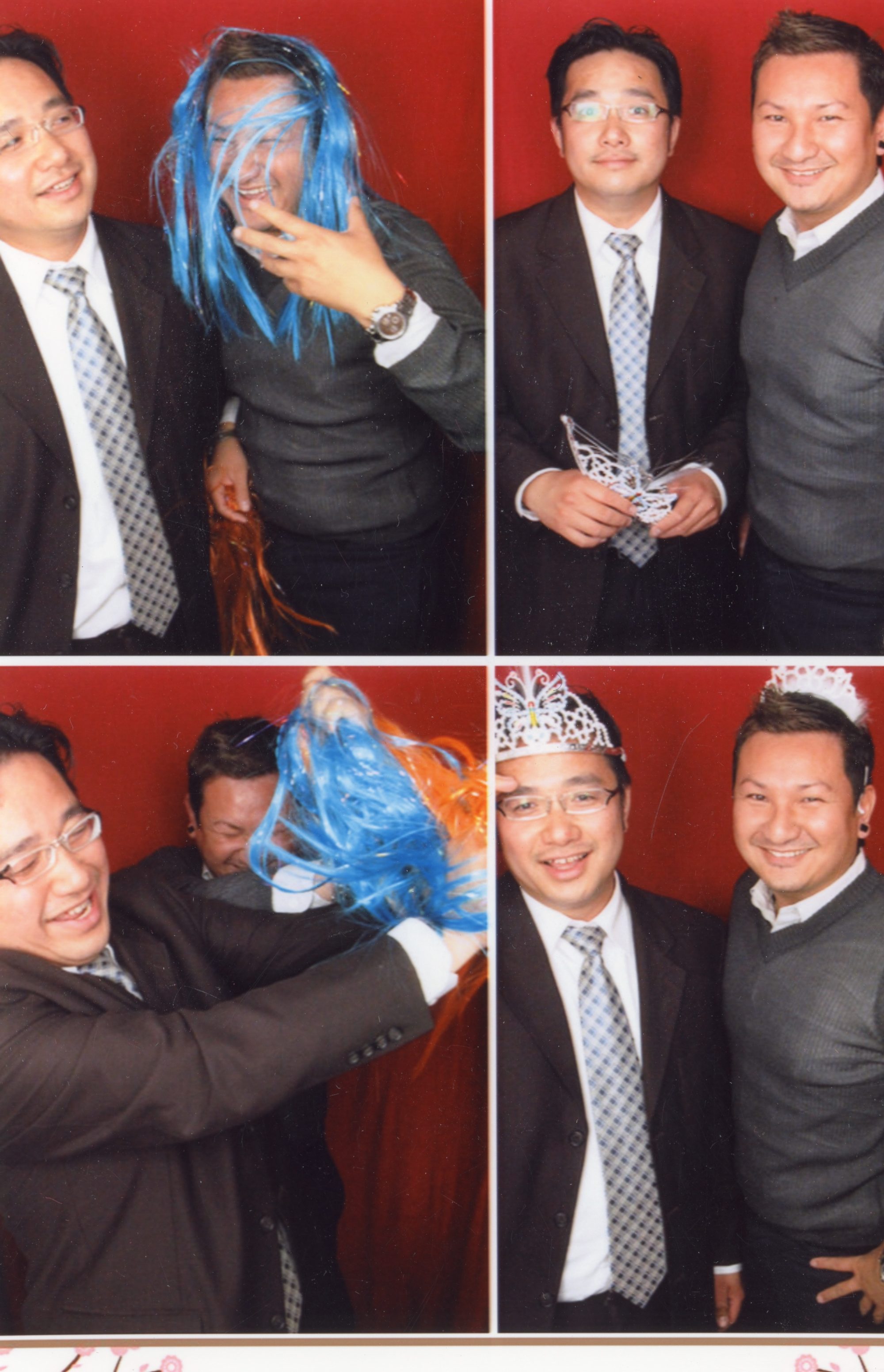 Hon Lu with his cousin, Shanobi Lam, at their cousin’s wedding (photo-booth image, 2009)

A silly photo-booth image can carry greater significance for queer people. These cousins, who both identify as gay, are posing at a wedding that took place in California before gay marriage was legal, highlighting the irony of queer people celebrating a ceremony in a state that didn’t recognize their right to be married themselves.