Sixteen things to see, do, read and hear in Toronto this January

Sixteen things to see, do, read and hear in Toronto this January

Including a gripping mystery about love and loss, a myth-busting guide to fatphobia, and a theatrical take on the inner lives of dogs

1Few musical ensembles can capture the sombre romance of January quite like a string quartet. Add a few hundred candles, a Gothic-looking church and Vivaldi’s most famous set of seasonal concertos (in G minor) and you’ve got the makings of a stirring winter’s night. The folks at Candlelight present a unique multisensory concert experience. In 65 minutes, ticket holders will take a journey through the four seasons—from buoyant, jubilant spring to stately, slightly bleak winter—led by the Listeso String Quartet. January 13, Metropolitan Community Church

2Winterlicious makes its tasty, triumphant return to Toronto in 2023 after a two-year hiatus—and participating restaurants promise to rise to the occasion. In this taste-your-own-­adventure tour of the city, expect set menus and ambitious one-off recipes specially crafted for the event. Then there’s the ambiance: after last winter’s patchwork approach to indoor dining, it’ll be a blast to support local talent and enjoy the company of old friends over hot new dishes. January 27 to February 9, various locations

A play about war and the weather

3Kevin Doyle, the lovable sad-sack Molesley of Downton Abbey, makes the switch from footman to weatherman in this real-life Second World War drama. Doyle stars as Scottish meteorologist James Stagg, whose crucial forecasting was key to the success of the D-Day invasion of 1944. As the Allies prepared to cross the English Channel and liberate Europe from the Nazis, the massive operation hinged on the contrary predictions of Stagg and his hotshot American counterpart, Irving P. Krick. David Haig’s play, a hit in London’s West End in 2018, is finally making its pandemic-delayed North American debut in Toronto. January 24 to March 5, Royal Alexandra Theatre

A memoir about the bond between sisters

4Often, it’s after we’ve lost a loved one that we see them most clearly. In Kelly S. Thompson’s new memoir, Still, I Cannot Save You, she delivers a heartfelt and honest portrait of her older sister, Meghan, who died in 2018. Told with sibling love and the dark humour that bonded them, Thompson’s story revisits their childhood, when their relationship first faced some of its deepest challenges as Meghan began to struggle with addiction. As the years go by, a distance grows between them. But, when Meghan discovers she has terminal cancer after the birth of her second child, the sisters come together again. Their story is equal parts heartbreaking and hilarious—a compelling account of enduring love by the author of the bestselling Girls Need Not Apply. Out January 31

5Métis-Slovak musician Ruby Waters is riding high following her 2022 Juno nomination and setting out on a North American tour that concludes in Toronto. For fans of Charlotte Cardin and Jessie Reyez, Waters brings a similar disarming singer-songwriter edge to the realm of pop. Songs like the bittersweet “Quantum Physics” are built around her acoustic guitar, right down to percussion that mimics the way her palm mutes the strings. It’s worth catching Waters in such an intimate space—her next visit to the city is bound to be a stadium show. January 28, The Opera House

6Suki Waterhouse’s Coolest Place in the World Tour arrives to town in support of her 2022 debut album I Can’t Let Go. After conquering modelling and acting, the English artist is making her mark in music with downtempo pop. “Moves,” the bold yet ghostly opening track, showcases her range. Her chops will be on full display in the upcoming miniseries adaptation of Daisy Jones & The Six. January 24, The Axis Club

7Exploring Indigenous scientific teachings has become a fun-filled family activity at the Ontario Science Centre’s Indigenous Ingenuity workshop. A friendly bear and a mischievous trickster help visitors navigate a virtual canoe race, build an igloo and test a kayak’s centre of gravity during a knowledge-boosting interactive quest. Most importantly, participants learn to appreciate both the natural world as a continuous source of inspiration and the wisdom of oral tradition. A valuable reminder that Indigenous knowledge is timeless. Until April 16, Ontario Science Centre

A trade show about intelligent design

8What is the role of design in our climate-­crisis-beleaguered world? That’s the question at this year’s Interior Design Show. The event’s theme is Moving Parts, which challenges designers to create products using eco-conscious materials. Sustainable standing desk, anyone? January 19 to 22, Metro Toronto Convention Centre

An old-timey freak show—without the exploitation

9Something strange this way comes—the Something Strange Sideshow festival, that is. Canada’s largest sideshow event features performers from the Coney Island Circus Sideshow in Brooklyn: strongmen, sword swallowers, mentalists and self-described “pain-proof freaks.” Burlesque queen Kita St. Cyr and daredevil Alaska the Lost Boy are also poised to make un­forgettable appearances. Finally, a whack of oddities and curiosities are sure to amaze and, more than likely, provoke some serious gross-outs. January 15, Revival

A myth-busting guide to fatphobia

10“You can lose weight if you just work out hard enough,” “Just watch your calories and you’ll lose weight,” “Fat acceptance encourages people to become obese”—these are just a few of the misconceptions that Aubrey Gordon combats in her new book, “You Just Need to Lose Weight” and 19 Other Myths about Fat People. The author, activist and co-host of the podcast Maintenance Phase, who describes herself as “very fat,” provides readers with the science behind weight loss and fatphobia, equipping them with the tools to recognize and help dismantle anti-fat prejudice. This book encourages deep thinking about how society treats plus-size people. Out January 10

A raucous, thrilling take on the everyday

11The band Dry Cleaning has quickly made a name for itself thanks to the stark contrast between Florence Shaw’s wryly spoken witticisms and the group’s pulsing instrumentation. The 4AD signees are part of a thrilling post-punk revival taking place in the UK—but without the highbrow posturing. Instead, their slice-of-life jams celebrate the humour, chaos and wonder of everyday life. In their album Stumpwork, the quartet showcases the mesmerizing expansiveness of their sound, making each deadpan observation feel revelatory. January 11, The Phoenix Concert Theatre

An intergenerational novel about cultural identity

12Award-winning author Judy LeBlanc tells the story of three generations of Acadian women in The Broken Heart of Winter. Despite living on opposite coasts, they are connected by shared hardship, exile and a French musket passed down through the family. Poignant prose and vivid characters bring this story of resilience to life. Out January 27

13Actor-playwright Ann-Marie MacDonald made the jump to bestselling author back in the ’90s with Fall on Your Knees, her novel about four Nova Scotian sisters and their dark family secrets. Now, a quarter-century later, it’s hitting the stage in an epic two-part adaptation written by Hannah Moscovitch and directed by Alisa Palmer. A co-production between five theatre companies, the show kicks off at Toronto’s Canadian Stage with Part One: Family Tree and Part Two: The Diary playing on alternate evenings. January 20 to February 4, Bluma Appel Theatre

A gripping mystery about communal violence

14Jessica Johns’s debut novel, Bad Cree, based on her award-winning short story of the same name, exists somewhere between waking and dreaming. It tells the haunting tale of Mackenzie, a Cree woman grieving the loss of a family member. When text messages begin to arrive from beyond the grave, she sets off on a search for answers and is forced to confront the legacy of violence that has affected her family and community. Out January 10

A stand-up show that pulls no punches

15Montreal’s Samir Khullar—or, as he’s known in the comedy scene, Sugar Sammy—delivers hilarious stand-up routines in a mix of English, French, Punjabi and Hindi. Drawing from his own experiences as a second-generation immigrant in Canada, he has ample fodder for laughs. And he’s happy to pick on everyone—the French and the English along with overbearing Indian parents. January 28, John Bassett Theatre

16André Alexis’s brilliant 2015 novel, Fifteen Dogs, follows a pack of Toronto canines endowed by the gods with human intelligence in an experiment to see how they cope with complex thought. Their enlightened adventures—from discovering poetry to grappling with the knowledge of mortality—come to the stage in a new dramatization by Crow’s Theatre. January 10 to February 5, Guloien Theatre

“The art and storytelling in this animated series are truly mind-blowing. I’ve watched it five times; it’s hauntingly moving, with lots of cool steampunk inspiration and incredibly creative action. It’s based on the video game League of Legends, and the Imagine Dragons soundtrack is dope.” 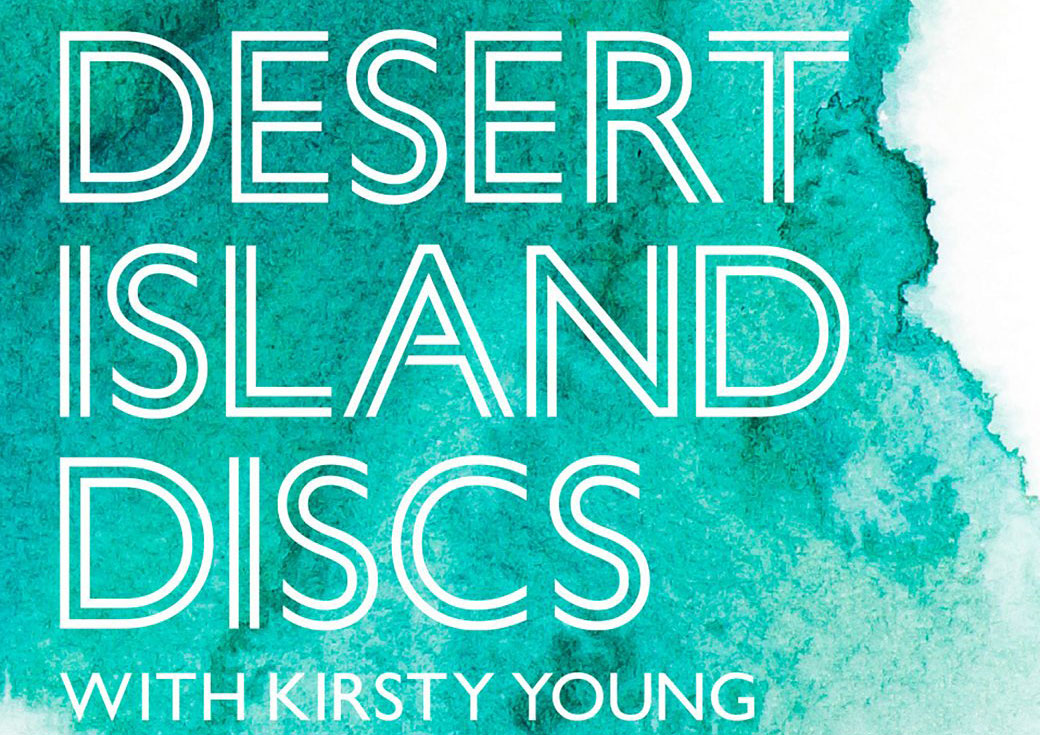 Recommended by Lexie Buchanan, digital content specialist at the AGO 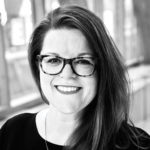 “During my commute from Hamilton to the AGO, the BBC’s Desert Island Discs podcast is my jam. It satiates my never-ending curiosity about others’ lives by asking notable people which eight songs they’d bring to a deserted island. No matter who’s speaking, be it Zadie Smith or Jens Stoltenberg, I’m gripped.” 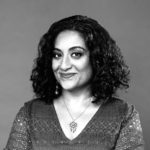 “This series, co-created by comedian Mo Amer, about a Houston-based Palestinian family seeking asylum, takes issues like refugee trauma and makes them into binge-worthy comedy. As an immigrant, I love the tender take on dislocation and the seamless switch from Arabic to English.”