Richard Barnes spent most of the ’90s photographing dig sites in Egypt. He watched and documented as long-lost items were pulled from the ground, from ancient treasures to mummified dogs, but he was curious about what happened next, after the relics were shipped off to museums. He decided to find out.

For the past four years, Barnes has visited more than 50 museums around the world to capture natural history dioramas under renovation. His photographs transform mundane scenes of museum upkeep into voyeuristic pieces of art. “There is an irony to reanimating these wild animals,” says Barnes. “I’m interested in things that are hidden, and I want to reveal something that most people don’t see.”

Animal Logic is on at the Bau-Xi Gallery until July 27. We asked Barnes about some of his favourite shots from the series. 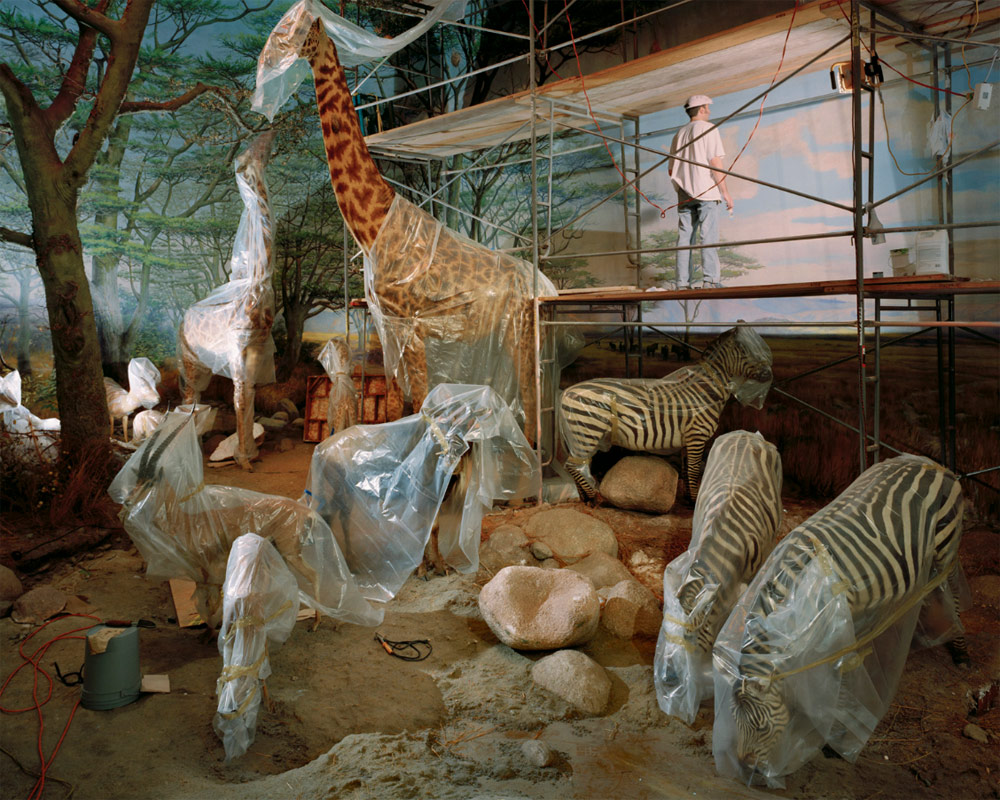 This was the first image in Barnes’s series. He was walking through the California Academy of Sciences in San Francisco when he came across this unusual safari scene, which had suffered some smoke damage and was in the process of being restored. It wasn’t just the plastic-draped fauna that intrigued him, but the man on the scaffolding painting clouds into the sky. The ways that humans and animals intersect became a theme throughout the series. 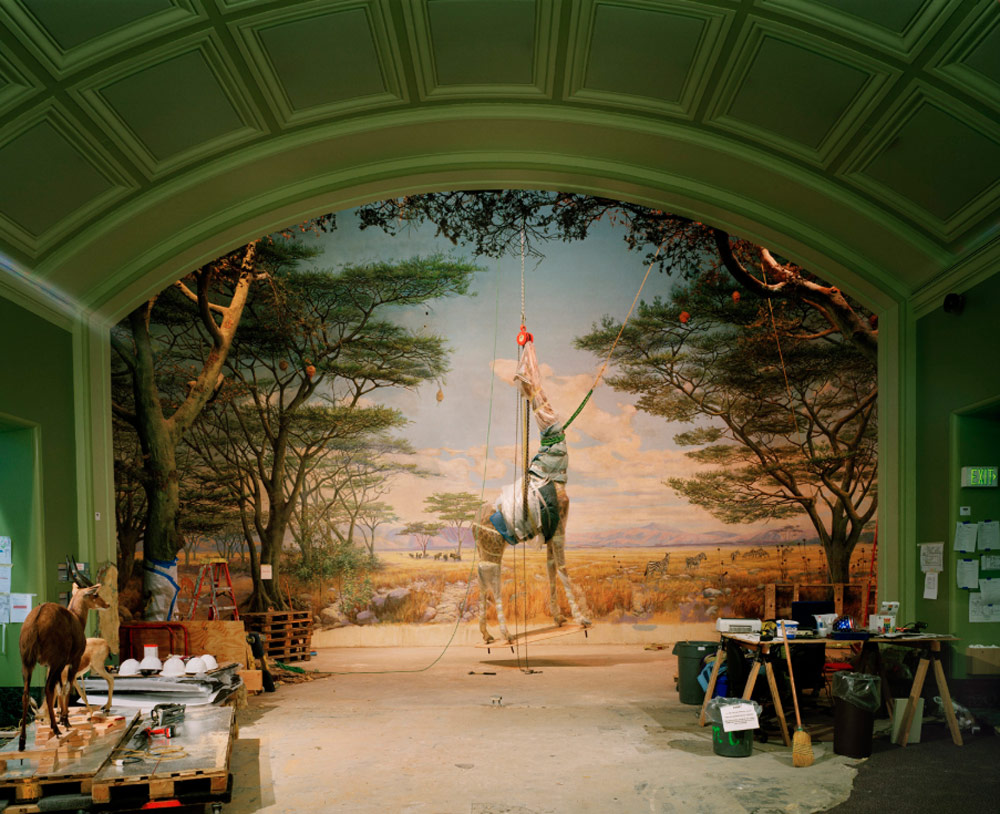 A few museums are even nixing their dioramas entirely: some curators have ethical issues associated with the taxidermy, and dated displays are often full of asbestos and arsenic. This African Sahara scene, also photographed at the California Academy of Sciences, was decommissioned and replaced with a live penguin exhibit. 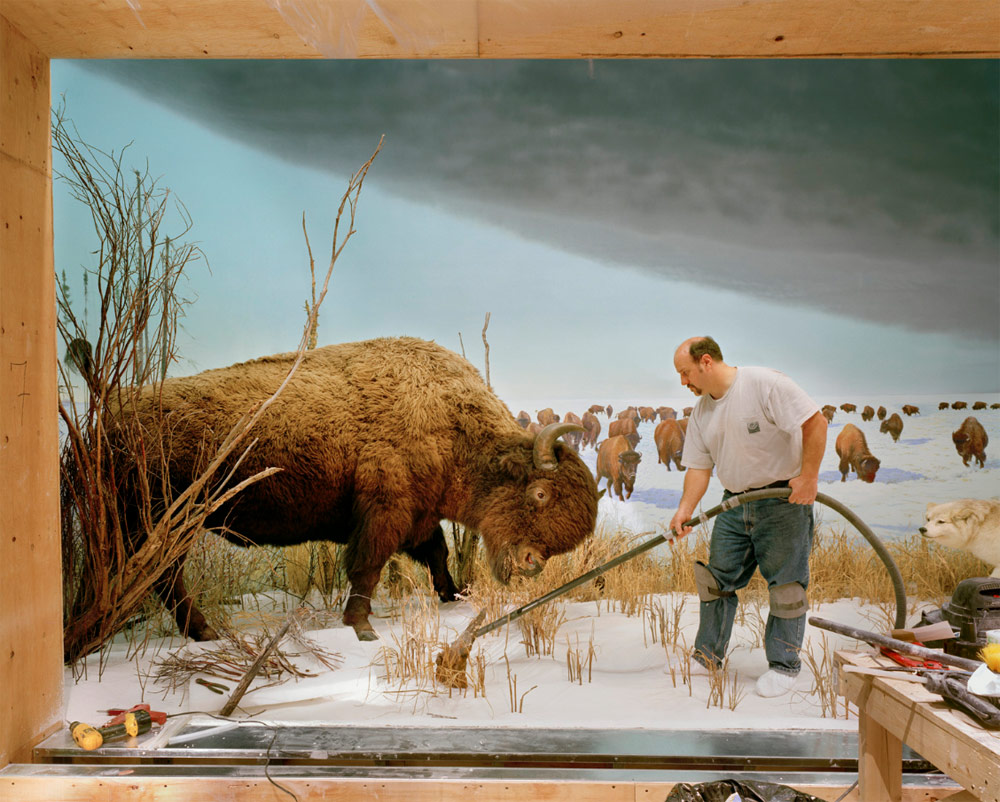 Other museums are bringing their old-school dioramas into the 21st century by swapping out hand-painted scenes for video projected backgrounds. This photograph was shot at the Canadian Museum of Civilization in Gatineau, Quebec—one of the museums working on updating, rather than decommissioning, its dioramas—during some routine maintenance. 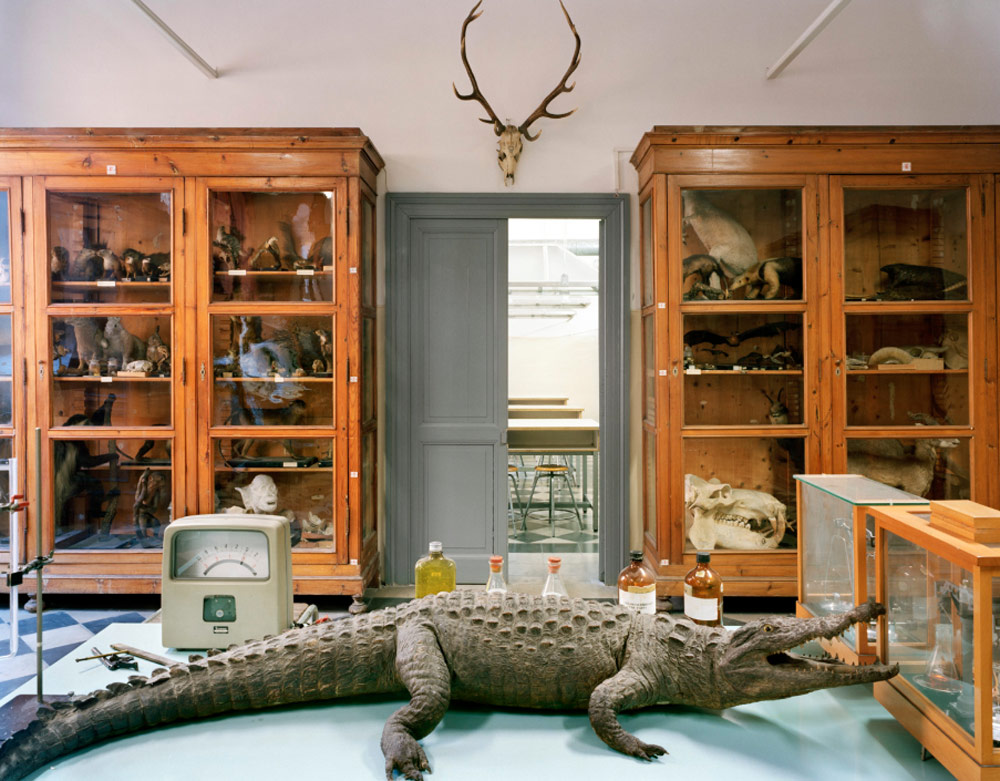 This alligator might look like it’s picking up a hefty order from an apothecary, but this photo was actually taken inside a high school in Rome, which had an impressive taxidermy collection for its science classes. 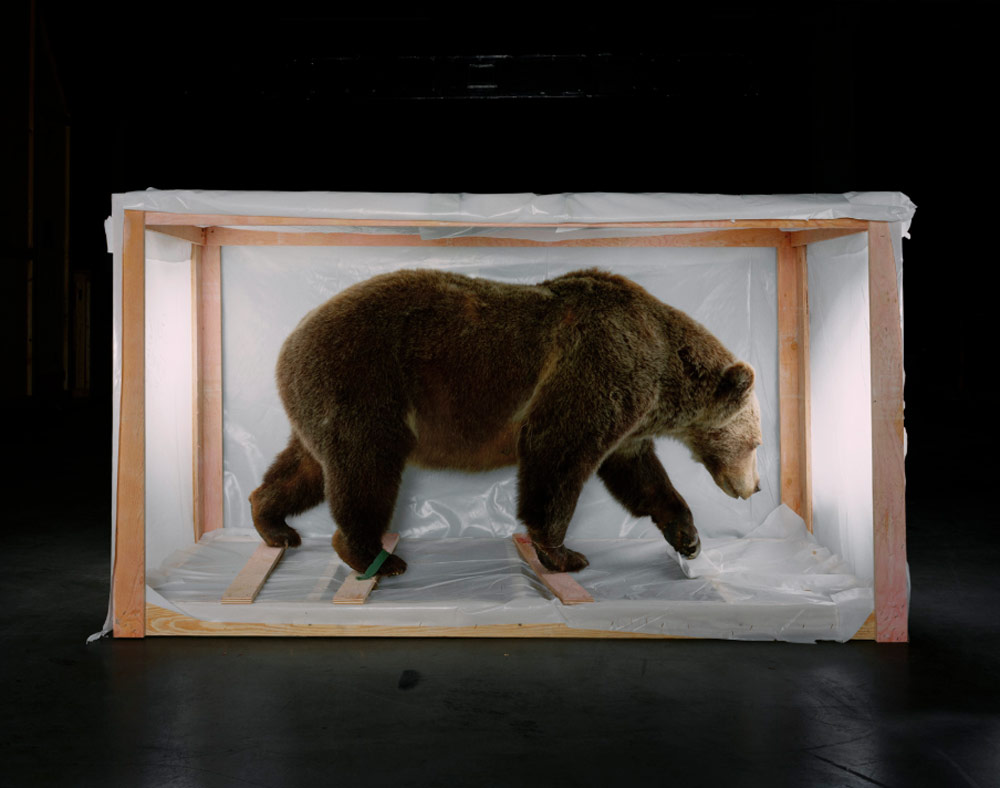 Some of Barnes’s most forlorn images are of mounted animals that have been demoted from display to storage—like this grizzly bear, which has been in storage at the Smithsonian for years. Smithsonian curator Merry Foresta has described them as twice dead: “Pulled from nature then buried in the sarcophagi of the museum.” 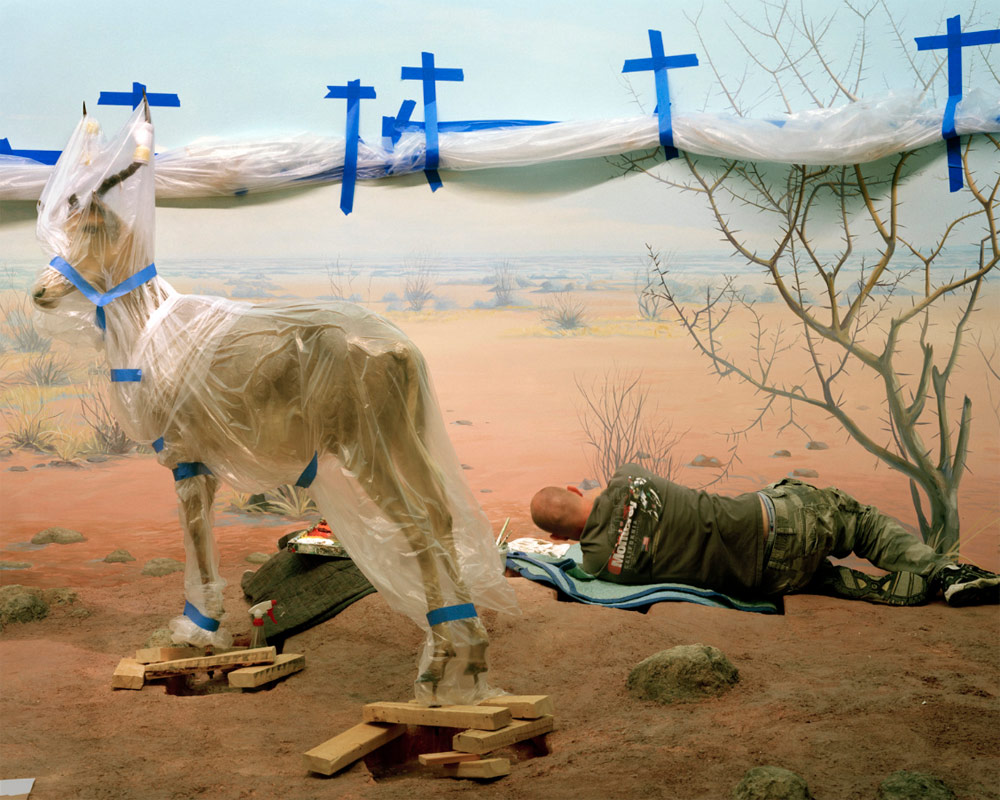 This photo of a wild gazelle diorama being refurbished is one of Barnes’s favourite images in the series. While much of his work is meant to be a subtle nod to environmentalism, this shot is one of his more obvious conservation pleas.