What notable Torontonians are watching, reading and listening to this June

What notable Torontonians are watching, reading and listening to this June

“Corridor Crew features CGI experts who explain the techniques behind the good and bad special effects in popular films like Harry Potter and Justice League. It’s a fantastic put-on-and-binge series that gives viewers a greater appreciation for all the hard work animators do.” 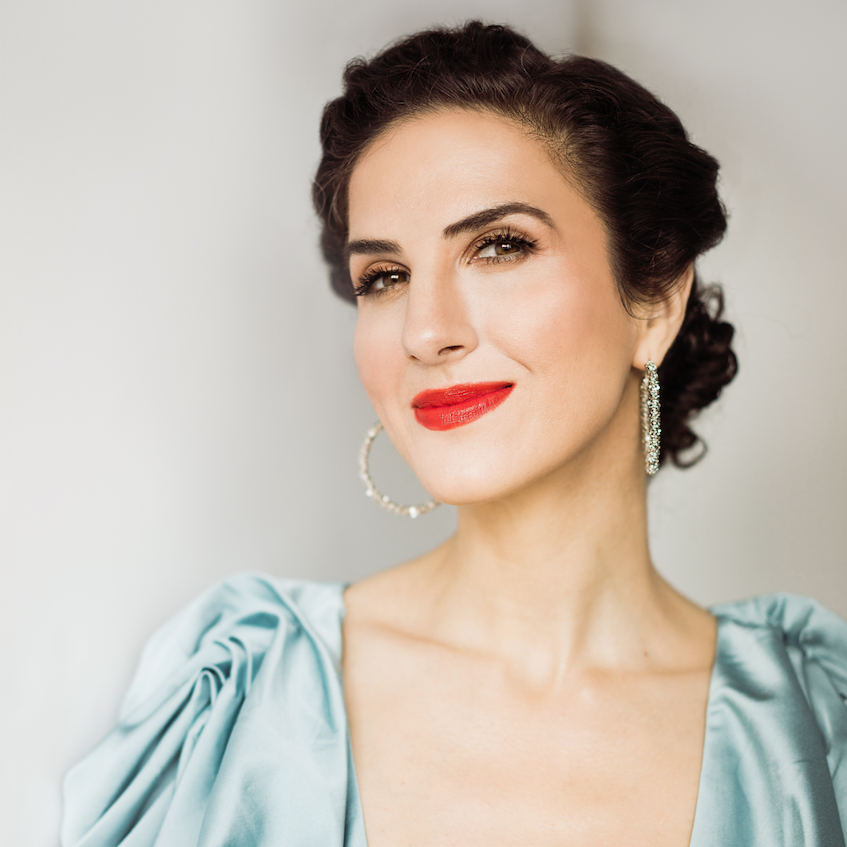 “For comfort and escape, I’ve been on a British period drama kick. The decadent costumes and gorgeous settings make my heart swell. Poldark on Amazon Prime—about a nobleman who returns to England after the American Revolution—was my favourite discovery, but I’ve also been getting into other dramas and mysteries, from silly and heartwarming (Father Brown) to smart (Endeavour) to racy (Bridgerton).”

Recommended by Madison Walsh, actor and writer, Something Undone

“Two of my favourite comics, Kate Berlant and Jacqueline Novak, have a wellness podcast (yes, it’s Goop spelled backwards) dedicated to the self-care fads and snake oils we all covet—but it’s become so much more. Come for their musings on red light therapy, stay for the existential deep-dives into life as we know it.” 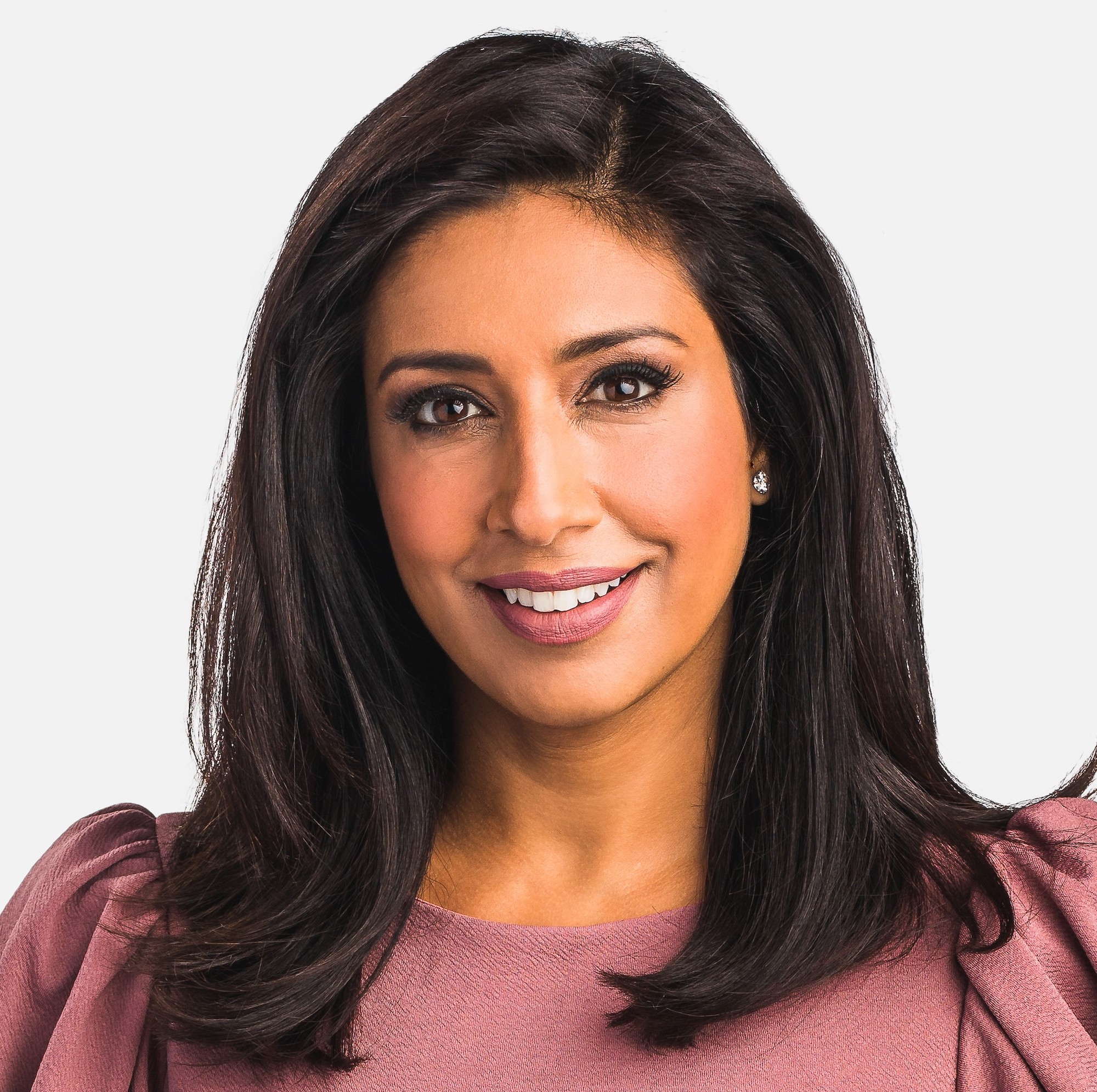 “Every month, my two young kids and I open the KiwiCo box and explore a new country through local recipes, fun facts and arts and crafts. So far, we’ve painted a replica stained-glass window from Notre Dame and built a Brazilian rainforest sloth out of felt and stuffing. My husband even finds local music to play while the entire family works on the activity. Next, we’re off to Kenya.” 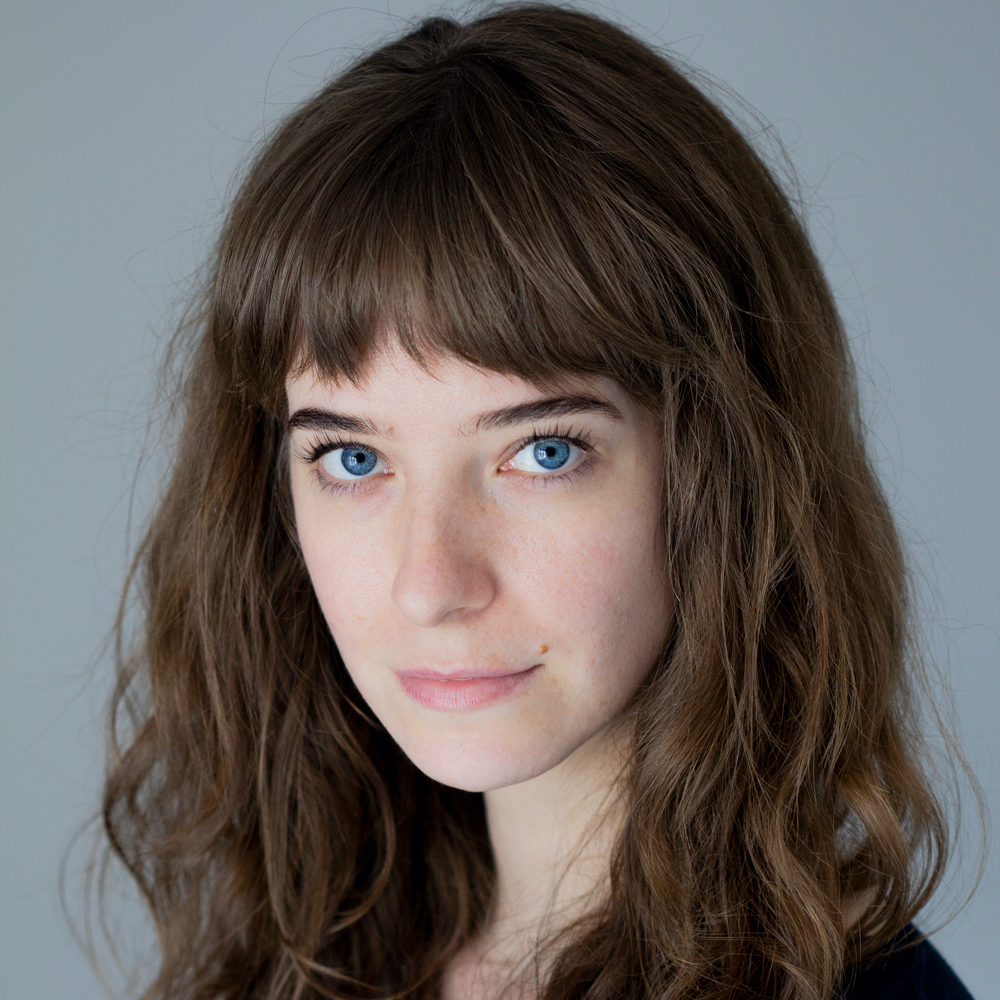 “When I lived in London, I would set aside a whole afternoon for this annual exhibition. The art is always an exceptional mix of different styles, and each portrait brilliantly evokes the essence of its subject. Last year, the National Portrait Gallery launched a wonderful virtual exhibit, and it feels just like strolling around the space, but without having to crane your neck to look over other people’s pesky heads.”

An Alphabet For Joanna by Damian Rogers

“I consider Rogers’s volumes of poetry, Paper Radio and Dear Leader, essential reading, so my interest was immediately piqued by her first book of prose. On the surface, it appears to be a memoir about her relationship with her mother, who lives in a long-term care facility and suffers from dementia. And it is that, but it’s creatively presented as a series of memories, organized around the letters of the alphabet.” 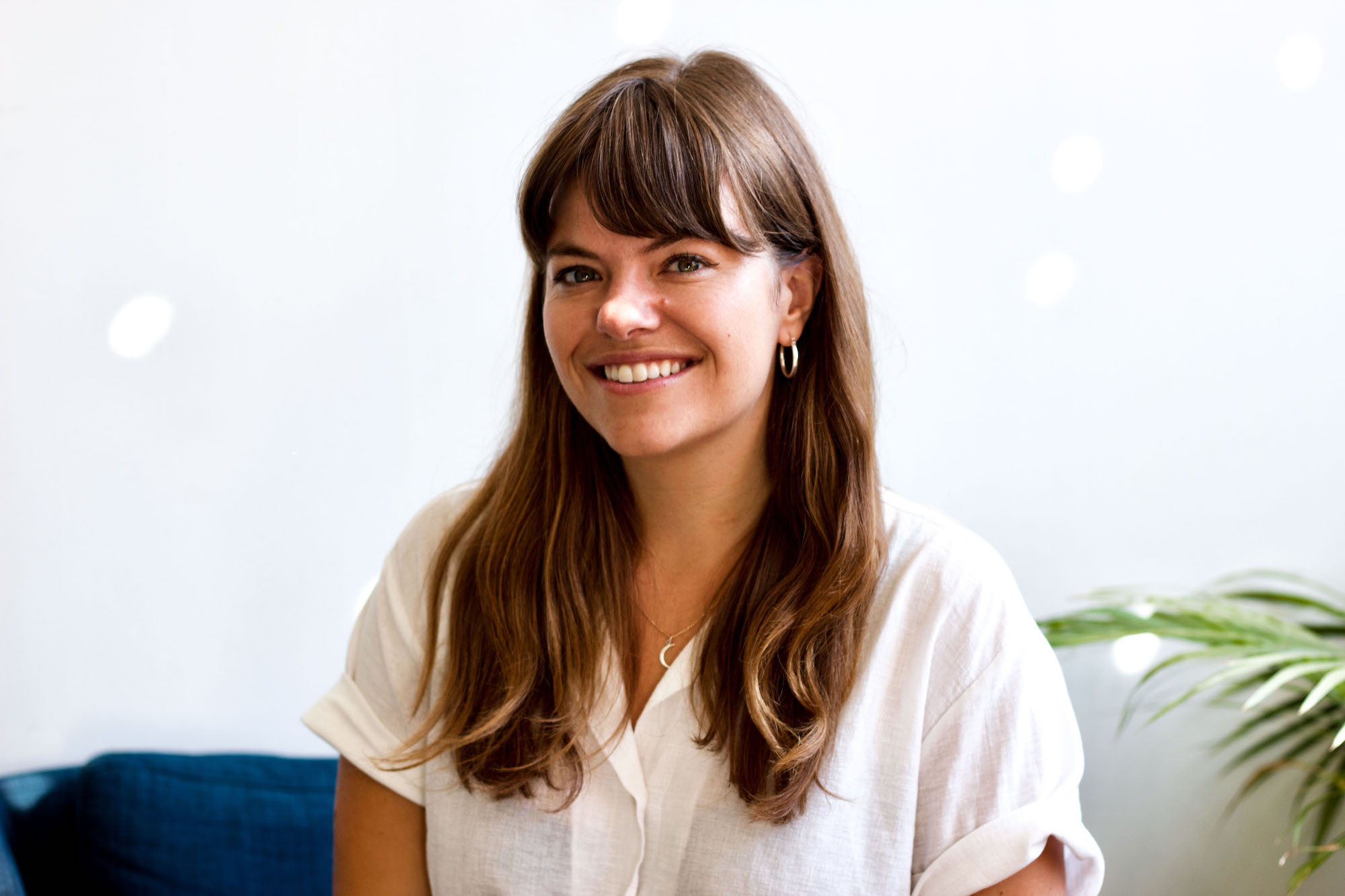 “This album, presciently written pre-pandemic while the artist was staying alone in an English cottage in the Lake District, is all about isolation. It was released just in time for me to become enthralled with its dystopian, self-ruminating lullabies, and I play it on an infinite loop. I also love the visually stunning album concert on YouTube.”

“I love this series so much I’ve watched it twice. Pete Holmes plays a version of himself early in his career as a stand-up comedian—only in this semi-fictionalized account, his wife cheats on him then kicks him out, and he’s forced to couch-surf with friends, where he routinely overstays his welcome.”

“I recently bought this album on vinyl, and listening to it brings me back to when I discovered James Blake for the first time as a teenager. His voice is incredibly soulful, and the musicianship and range on the album are outstanding. The highlights for me are ‘Give Me My Month,’ which is one of the more beautiful piano ballads I’ve ever come across, and ‘The Wilhelm Scream,’ a repetitive, mantra-driven song, which crescendos to a dense wall of heavy synths and reverbs.” 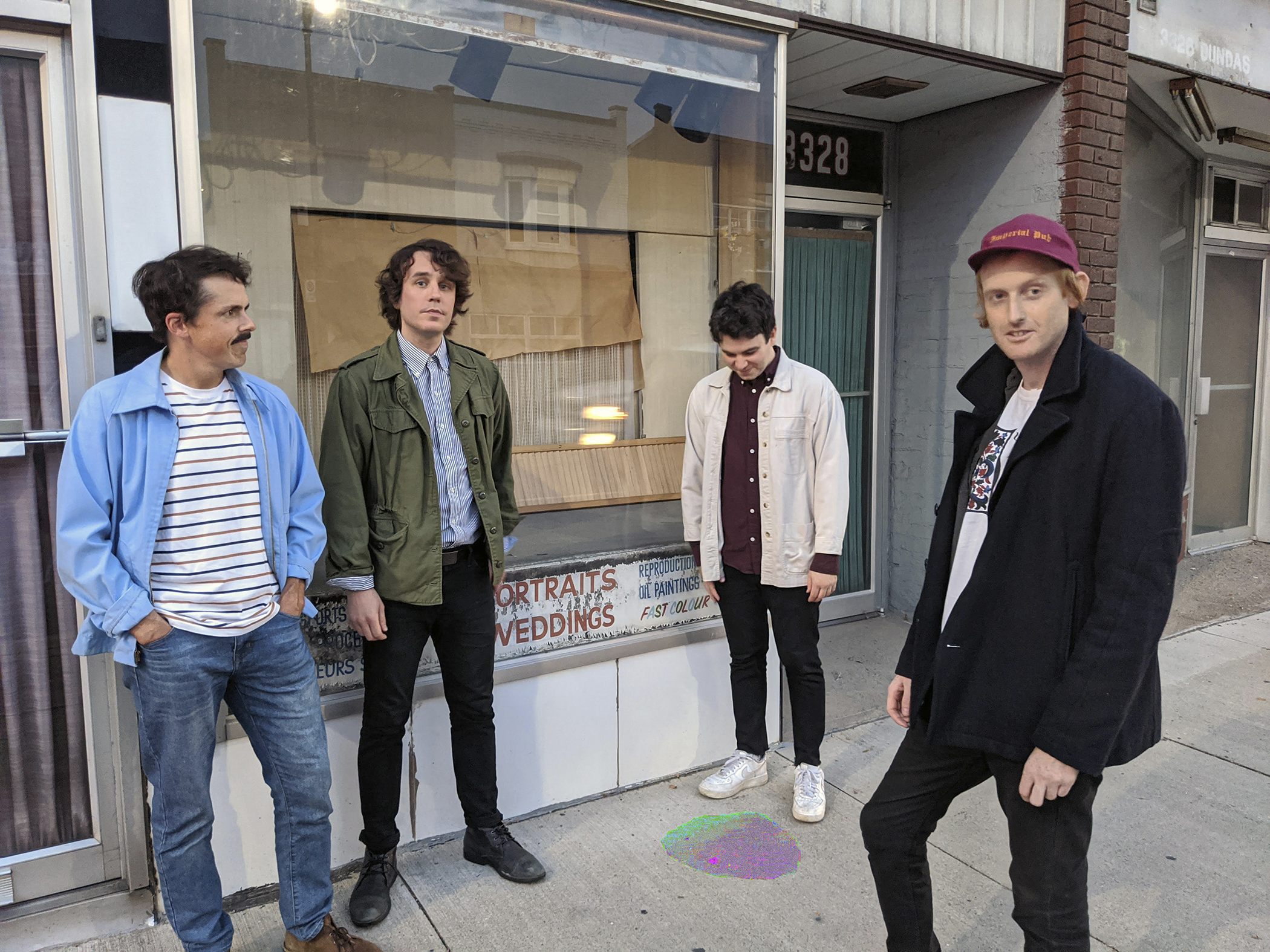 “The story follows a broke socialite, Frances, and her adult son, who leave their Upper East Side brownstone for new beginnings in Paris. Frances’s scathing wit and ruthless one-liners had my bandmates and I passing around two copies until everyone had read it. If Brian ever returns my copy, I’ll give Jeremy’s back.”

“This podcast is about a missing Indigenous girl in 1970s Saskatchewan. It’s hosted by the brilliant Connie Walker, who brings perspective, context and heart to complex realities. She has elevated the conversation of the Indigenous experience in Canada, a tremendous task given many people’s difficulty acknowledging our nation’s dark history. It’s not easy listening, but it’s important listening—I am always changed for the better after one of Connie’s stories.”

Recommended by Tamara Lindeman, musician and member, the Weather Station

“I got into basketball last year. Spiritually, a basketball team is a lot like a band—it all comes down to collective passion and the cohesion of the group. Last Chance U is a wonderfully empathetic docuseries that follows a group of young men in East Los Angeles as they navigate college basketball, at varying levels of emotional and physical mastery.”

“I discovered psychologist Tara Brach in early 2020, and her insights, meditations and words have been the lifeline I needed to move through this troubling time. She’s written two motivational books on finding peace and acceptance, but Radical Compassion is the one that really resonated with me: it helps us acknowledge what’s going on in ourselves and loosens the grip we have on anger, fear, resentment and self-aversion. Do yourselves a huge favour and reach for this book. It has changed my life.”

“Music has held my hand through this pandemic—I haven’t felt this connected to it since I was a teenager. This album, in particular, has been on repeat in our home. Nathaniel has reached a truth in his art, and the animal growl in his voice feels like a razor-sharp arrow straight to the deepest parts of humanity.”

Recommended by Josh Dyer, director of marketing, Myseum of Toronto

“This Toronto-based art platform brings creatives together from different parts of the world. During the Nigerian uprising in 2020, for example, artists from Lagos and Singapore demonstrated their collective moods through an original song and animated video. No matter where we are, we’re sharing similar emotions, experiences and longings during these strange times.”

“This podcast satiates my inner history buff. It’s produced in Toronto and hosted by Sebastian Major, who scrutinizes myths, legends and tall tales—like the Crusades, Rasputin and the Pied Piper—to distinguish fact from fiction. Major’s voice is informative but conversational and never alienating. It’s a very inviting listen.”

The Shadow of the Wind by Carlos Ruiz Zafón

“Zafón passed away last June, which stirred me to pick up this book again, 20 years later. It’s a powerful, emotional and enthralling read, set in Franco-controlled Barcelona, about an antiquarian book dealer who takes his young son on a dark and disturbing journey. It’s one of the most beautifully written novels I’ve ever read.”