A look inside the Funhouse, an immersive art maze in an old Buddhist temple on Queen West

A look inside the Funhouse, an immersive art maze in an old Buddhist temple on Queen West

After more than a year of planning, The Funhouse has set up shop inside former a Buddhist temple turned dance studio on Queen West. Universal Music and local art collective Mondo Forma enlisted more than 30 artists—including Jazz Cartier, Jeff Blackburn and Lights—to create immersive, multi-sensory experiences inside the 7,500-square-foot space. The result is a 1920s-inspired maze of kaleidoscopic rooms, retro corridors and secret nooks. Some pieces even come to life through augmented reality and a downloadable app. Here’s a look inside.

At the entrance, guests are greeted by a Wes Anderson–inspired hotel lobby. This was a collaboration between Mondo Forma creative director Steph Payne and artists Emily May Rose and Kristen Parry: 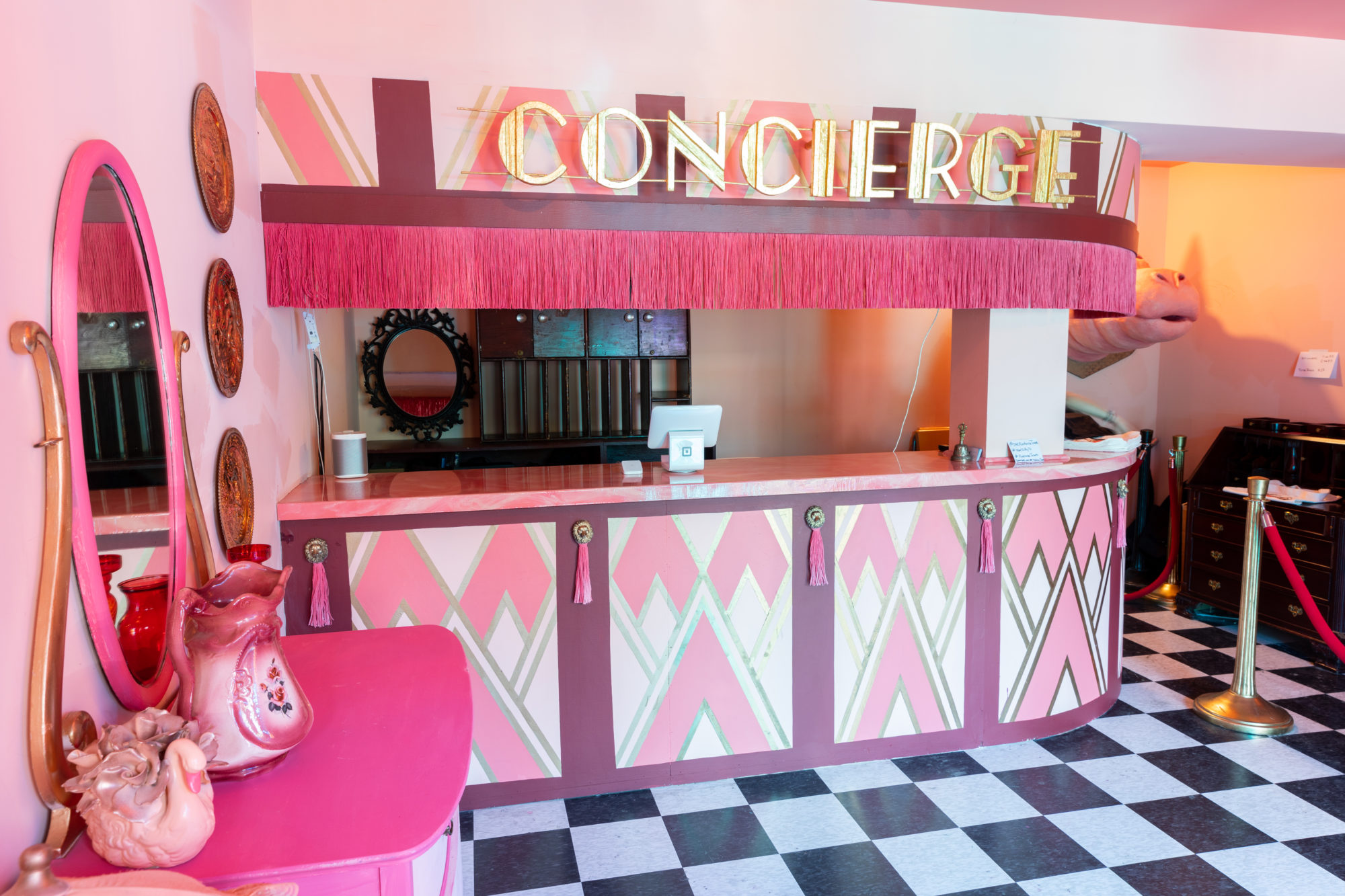 The experience mimics a choose-your-own-adventure novel. At the starting point, visitors can decide to enter the maze through an elevator or a wardrobe: 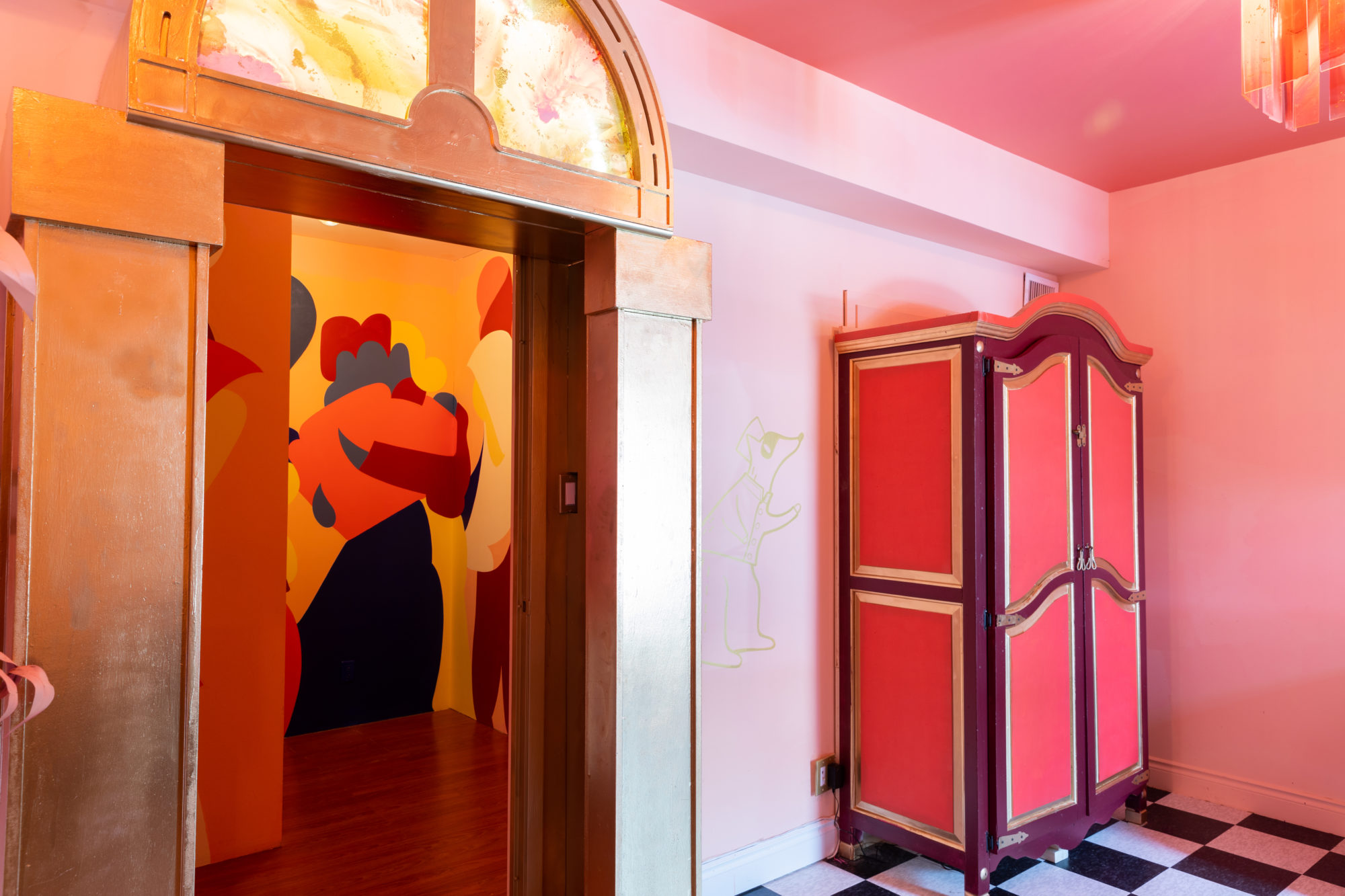 The Narnia-style wardrobe leads to a giant technicolour room: 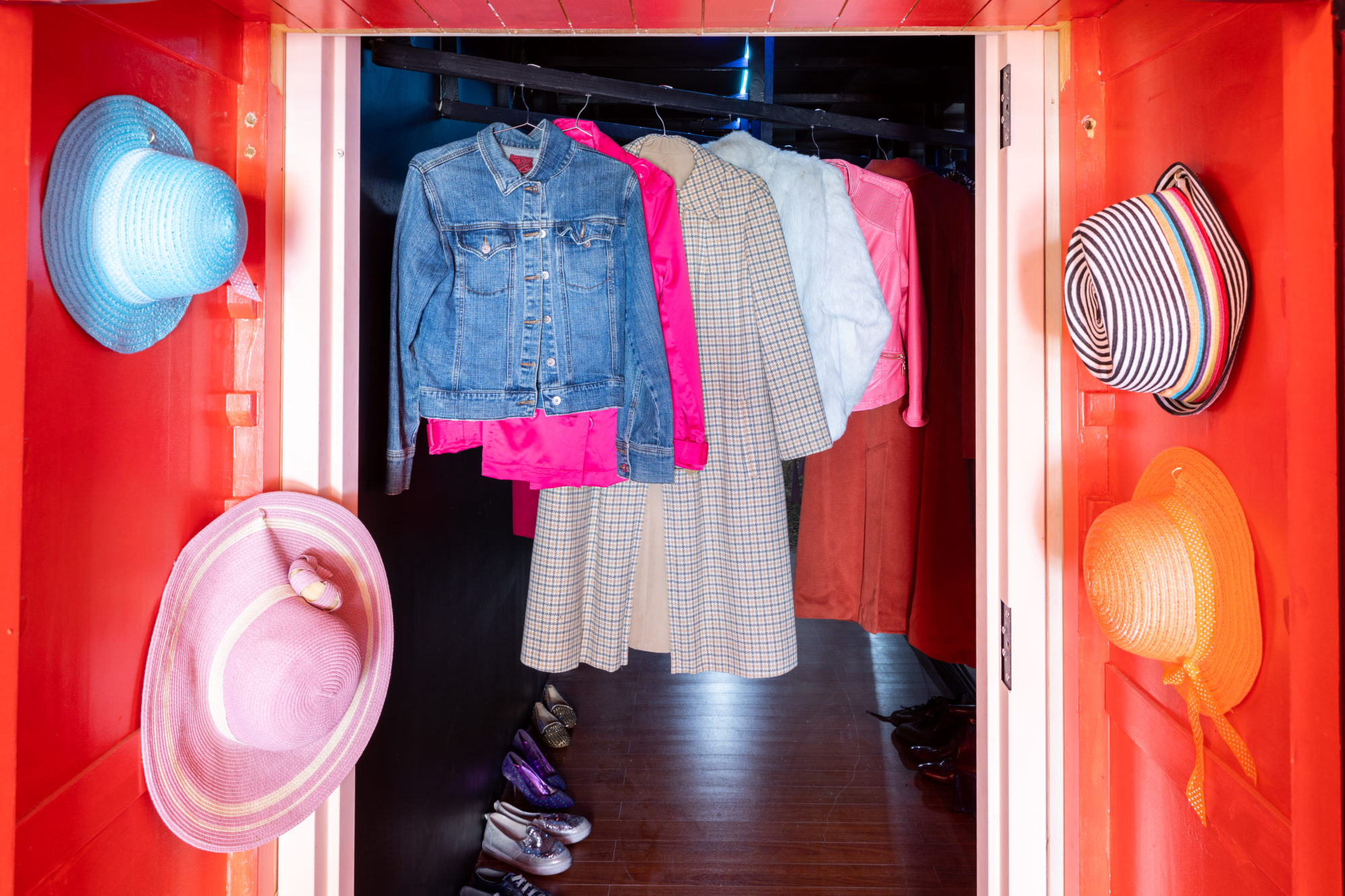 Here’s what’s behind the closet doors. Graffiti artist Getso and Toronto band New City designed the room, which is meant to resemble a playful interpretation of their garage studio. (And yes, you’re allowed to play those drums): 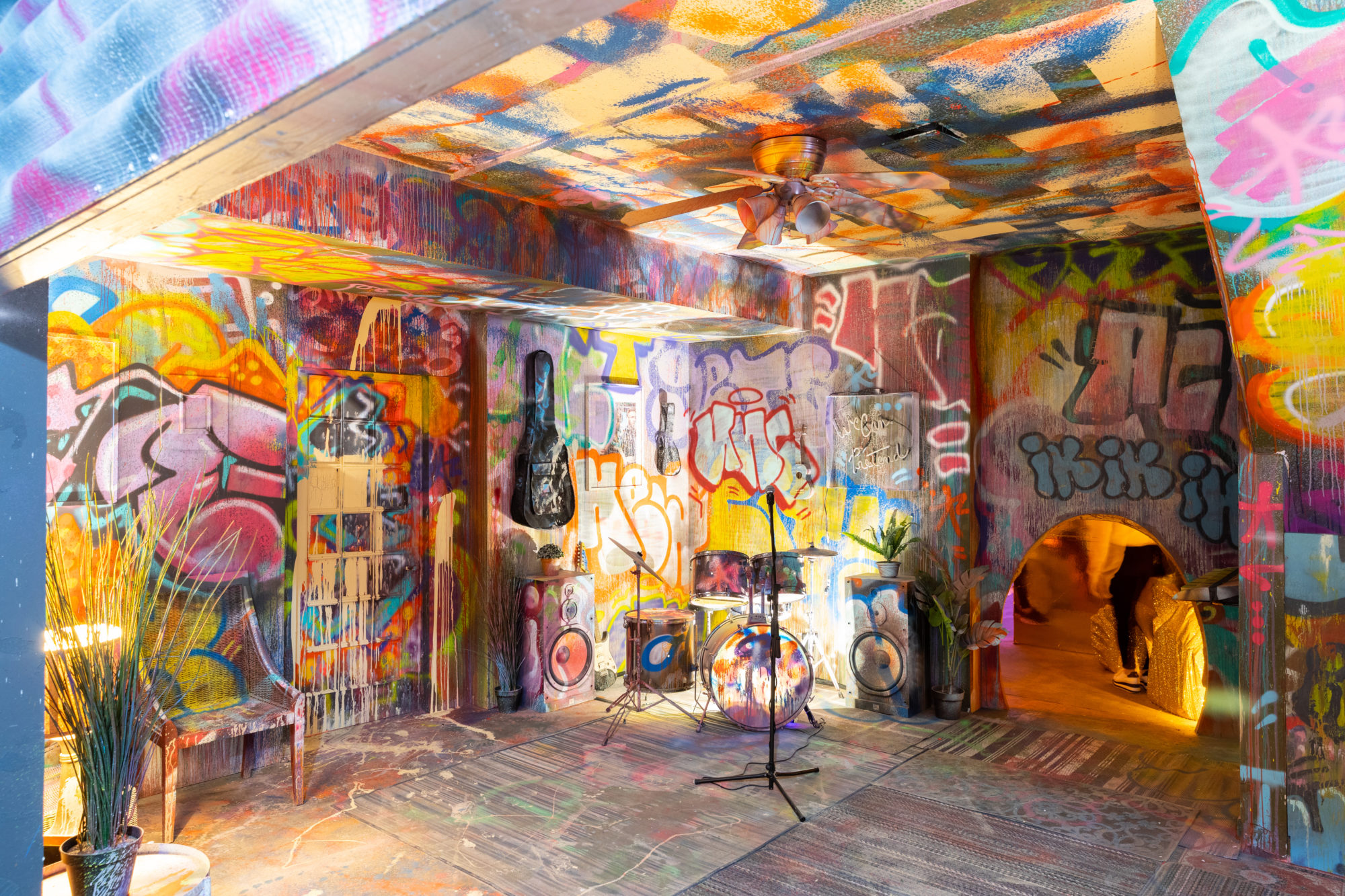 This space was designed by Toronto artists Broadbent Sisters. They collaborated with alt-rock band The Beaches, whose lyrics—including “There’s nothing more rock and roll than a young woman”—inspired the design. Their piece, titled Venus Rising, has been over a year in the making. They even hand-made all of the rocks: 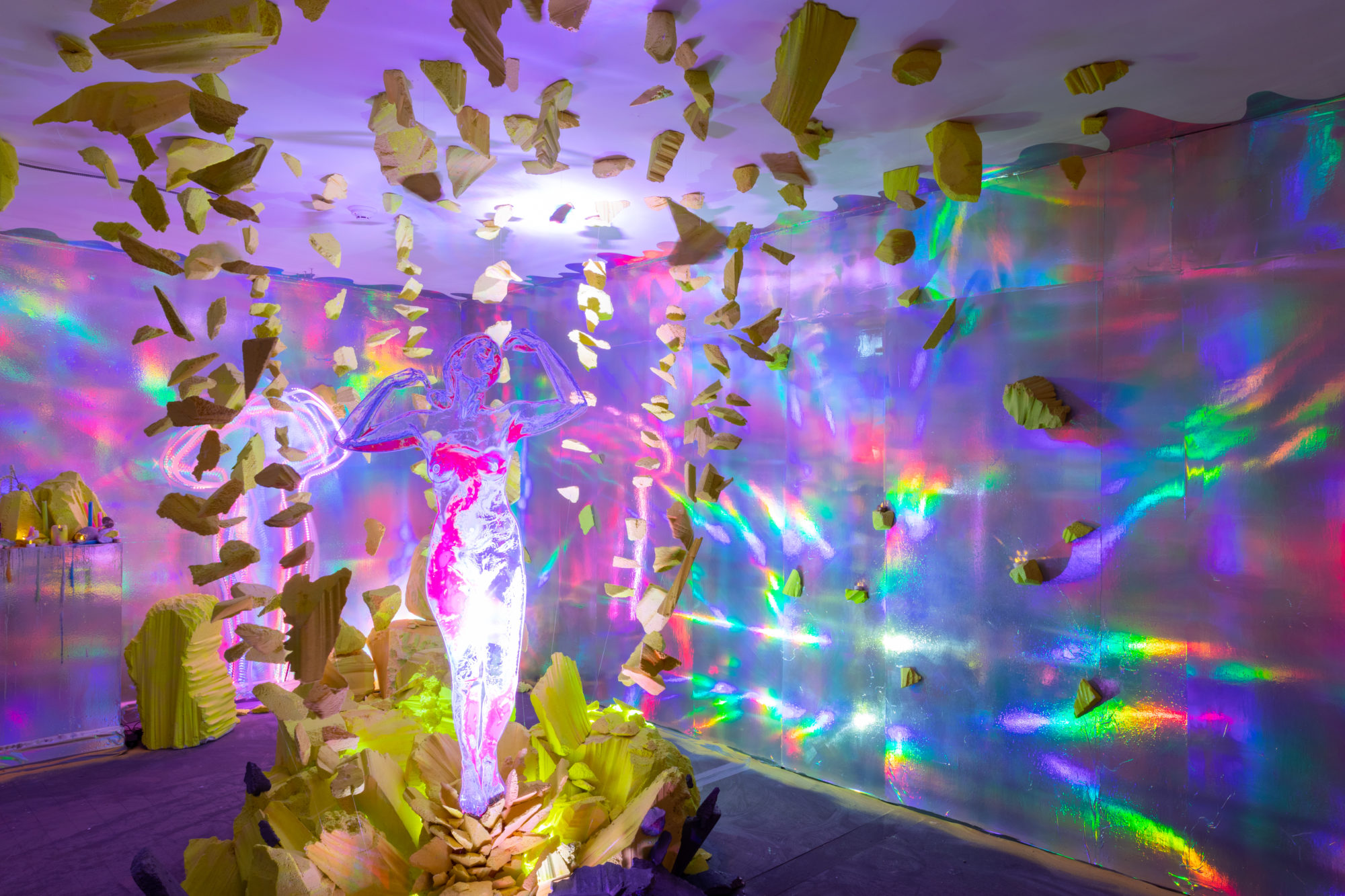 This space was designed by recent OCAD grad Cam Chalmers, who initially started out as a crew volunteer. There’s abstract art behind a “door to nowhere”: 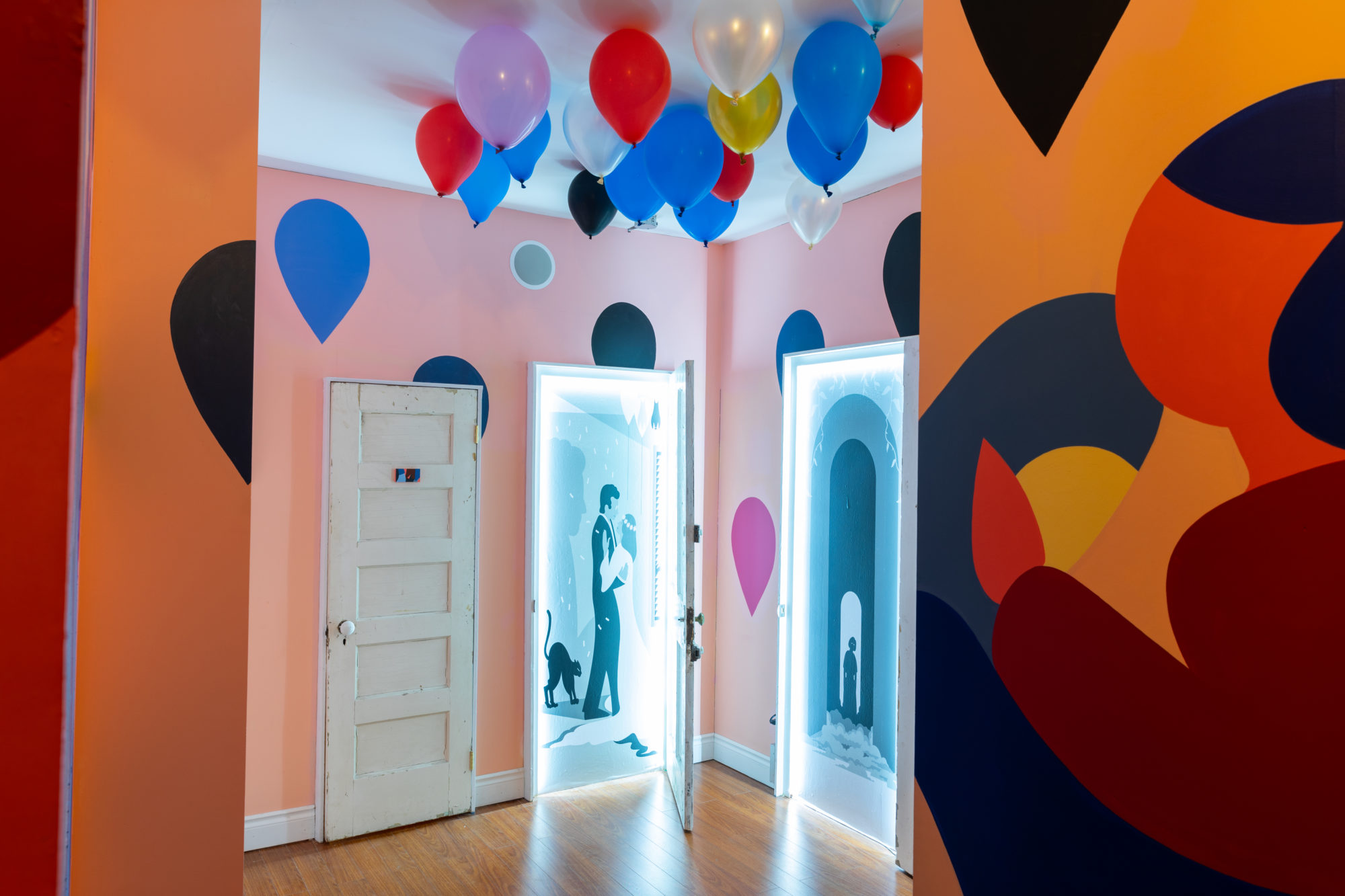 Every inch of the space is packed with art, including the stairway. This corner was inspired by the rabbit hole from Alice in Wonderland: 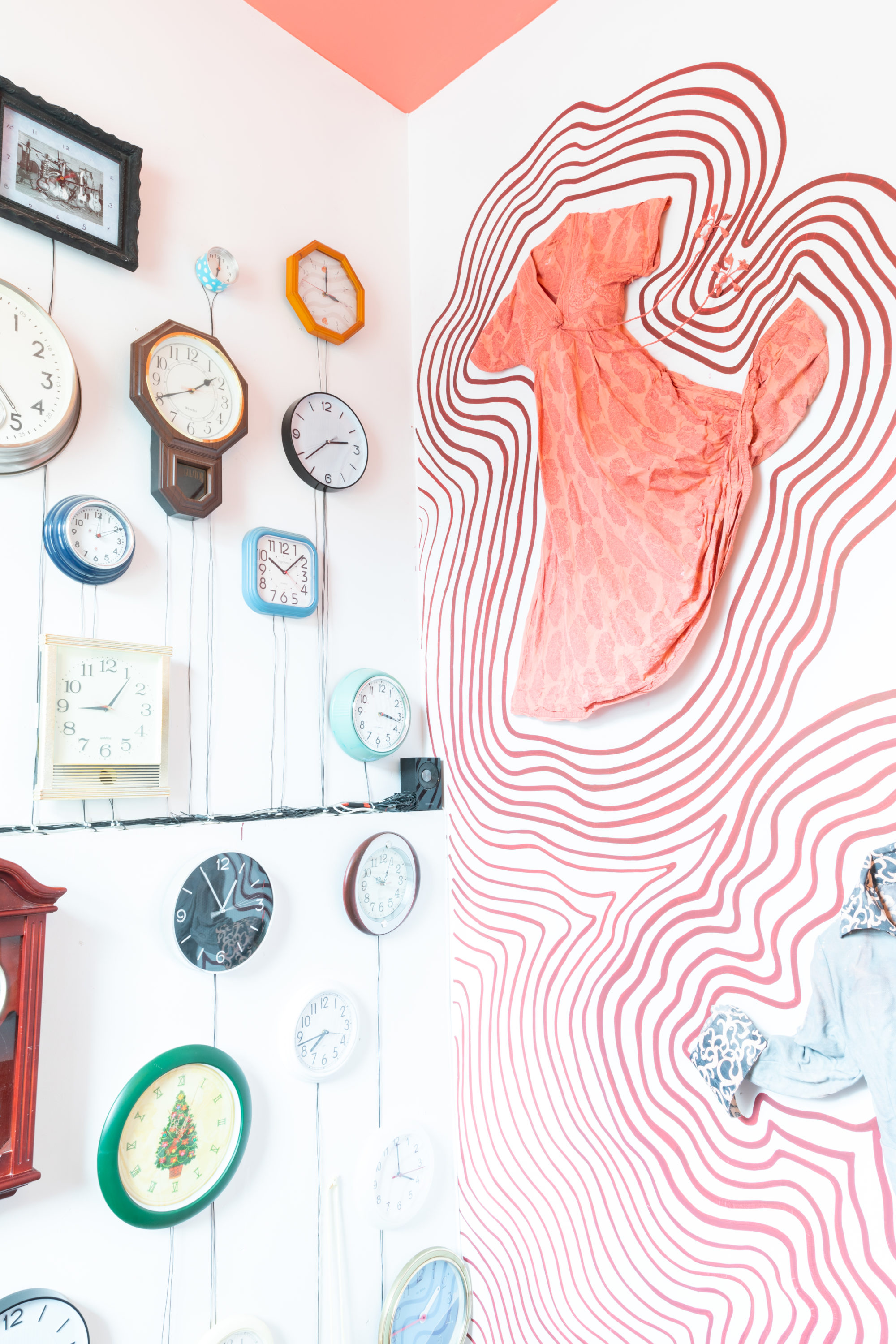 Downstairs, there’s an “Adults Only” bathroom, with racy murals painted by Smolik: 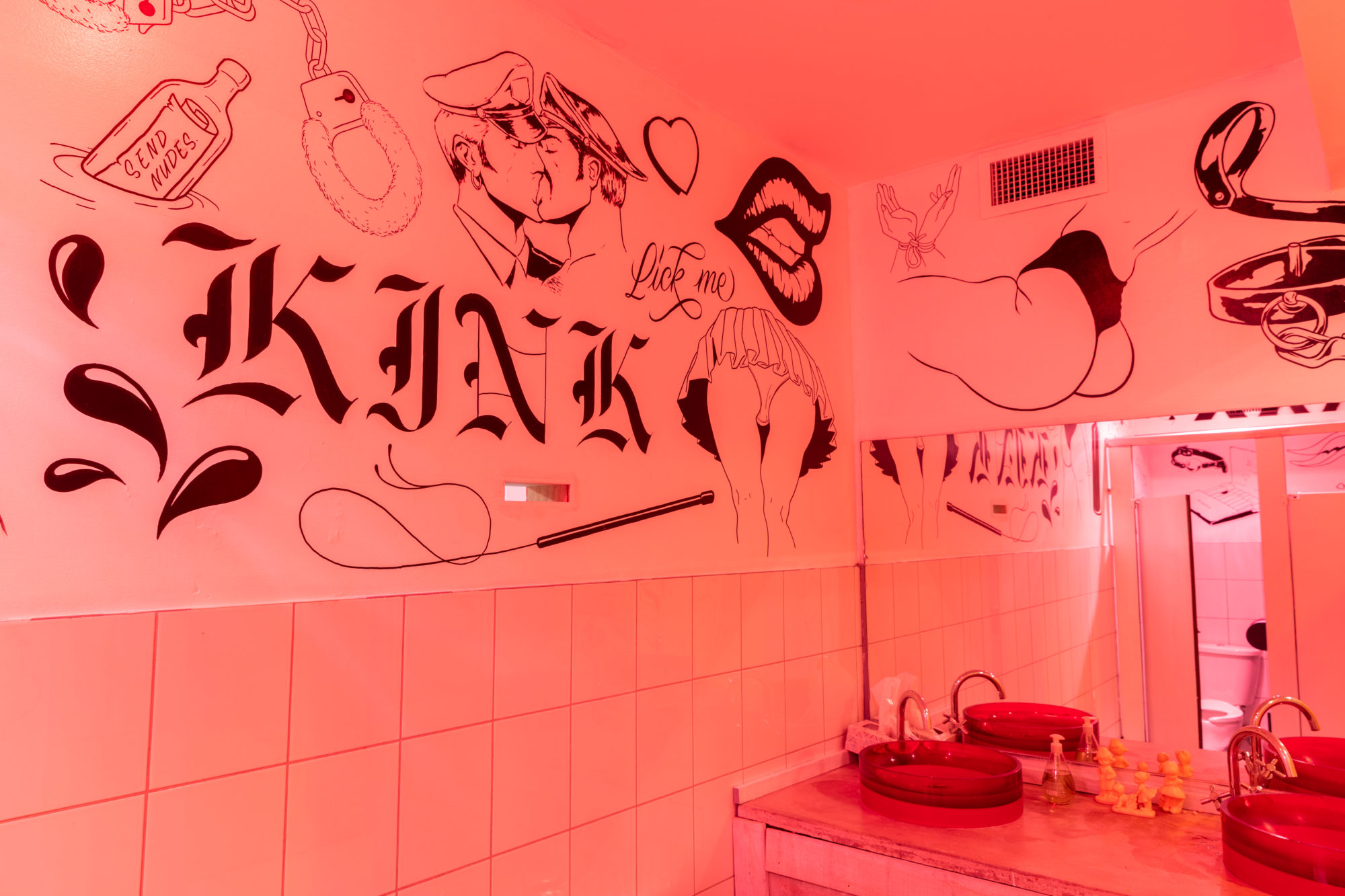 There’s a family-friendly version next-door with a little peep hole to the other room: 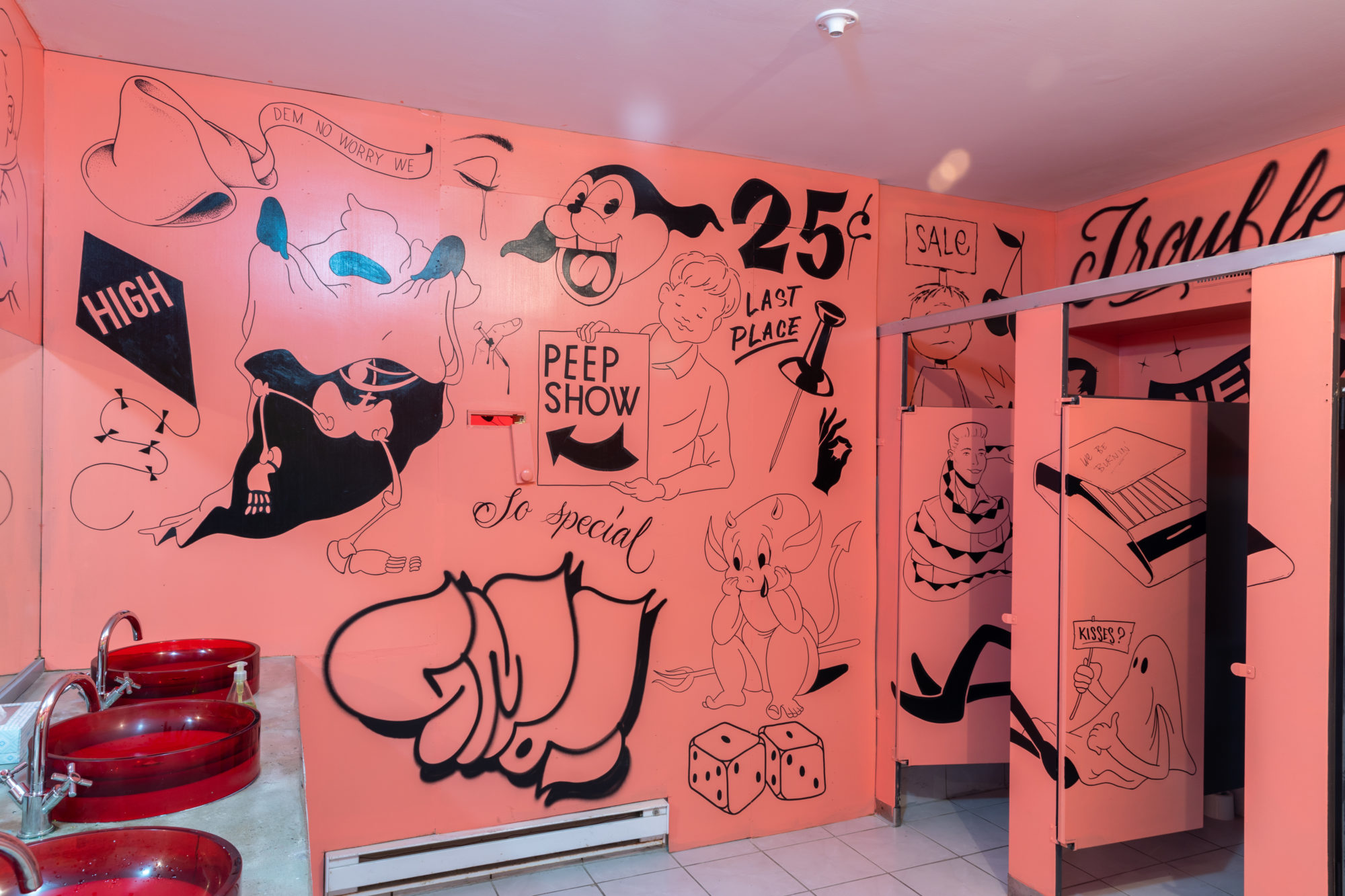 This space was a collaboration between artist Jeff Blackburn and musician SonReal. Blackburn used his signature illustration style to reinterpret scenes and goofy characters from SonReal’s music videos. “I wanted to combine our two worlds, and make it feel like you’re walking into one of my illustrations,” he says: 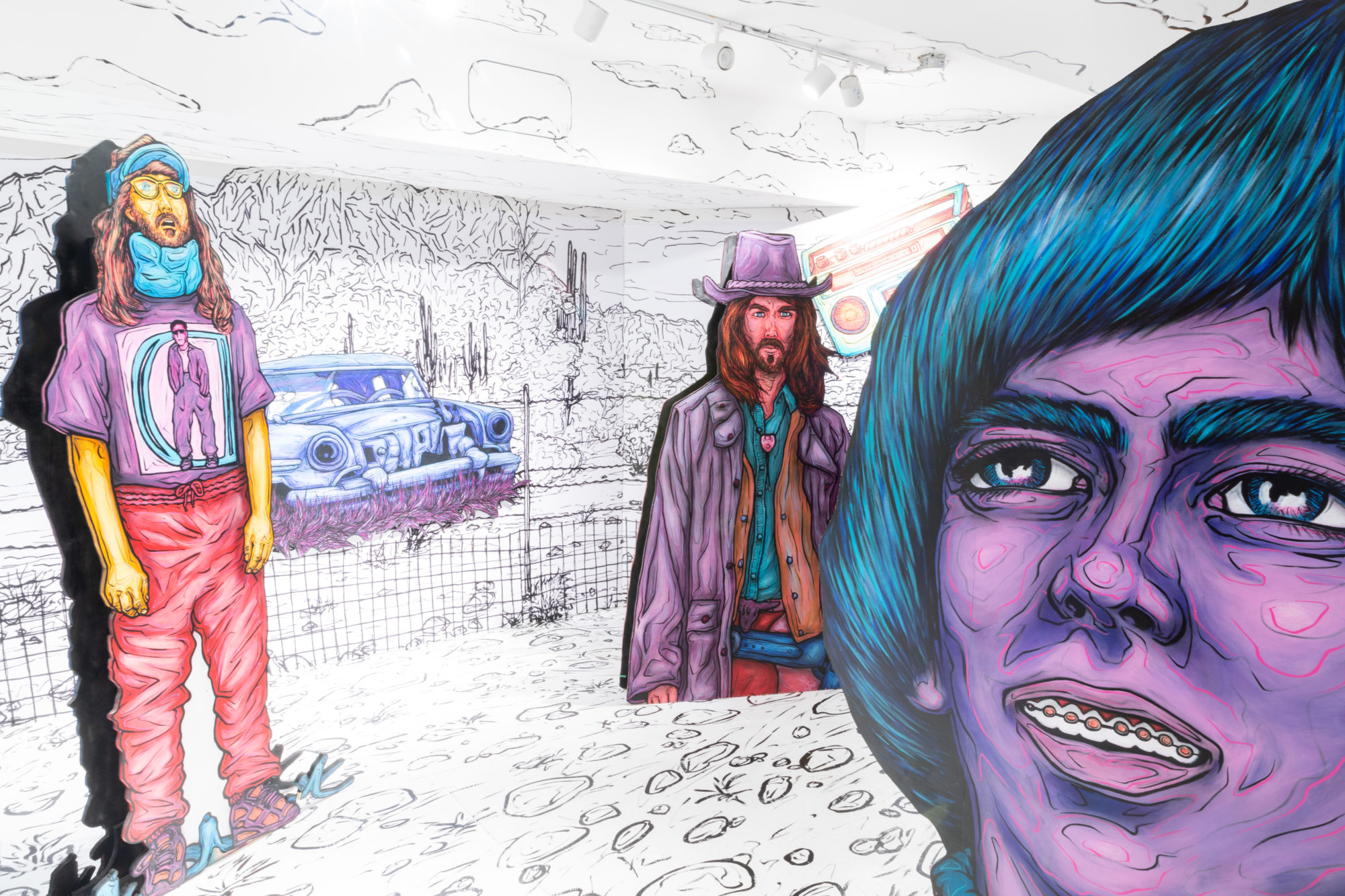 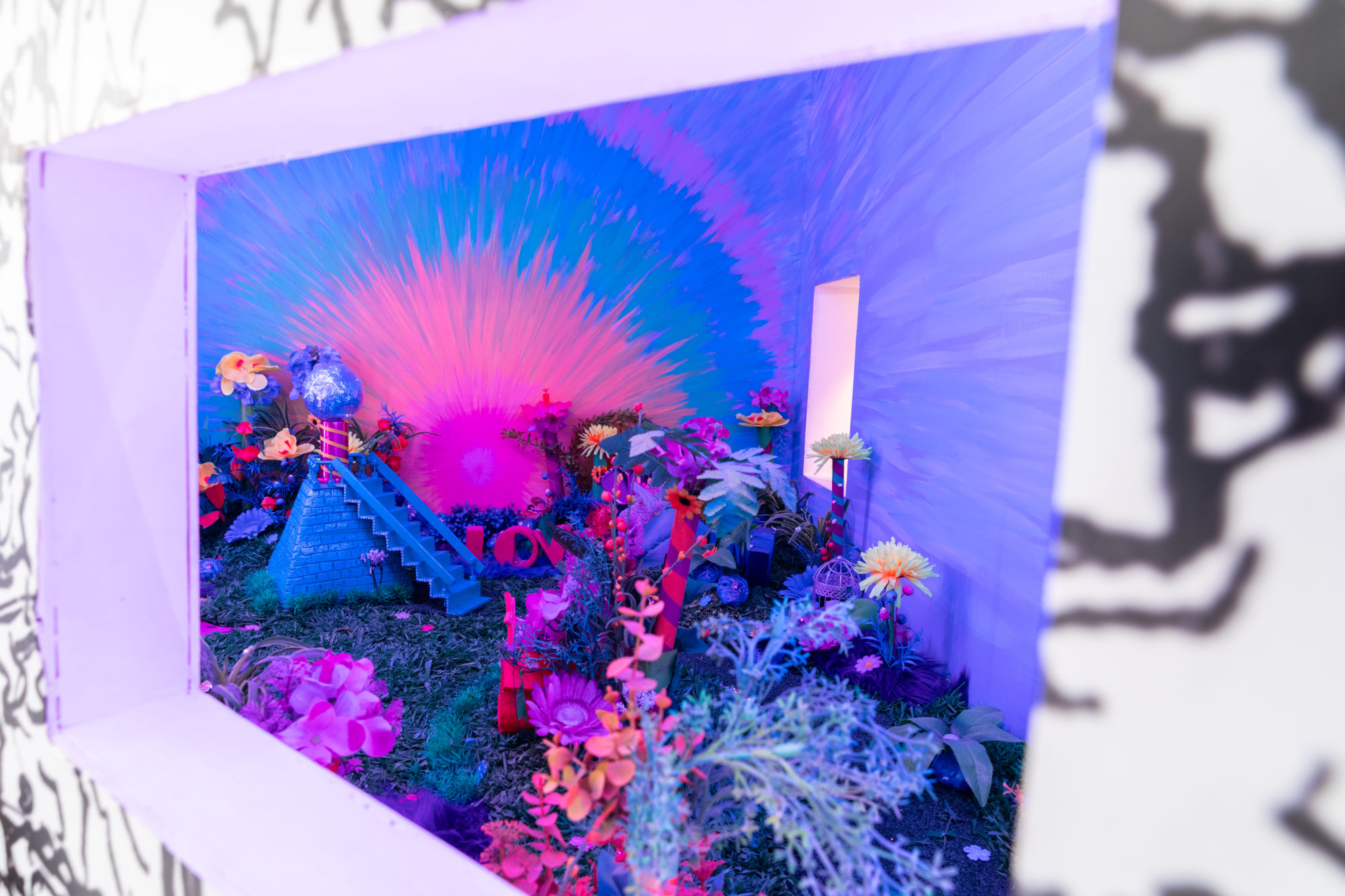 Steph Payne created this mad scientist lab. The jars are filled with bits and pieces she found around the Funhouse: 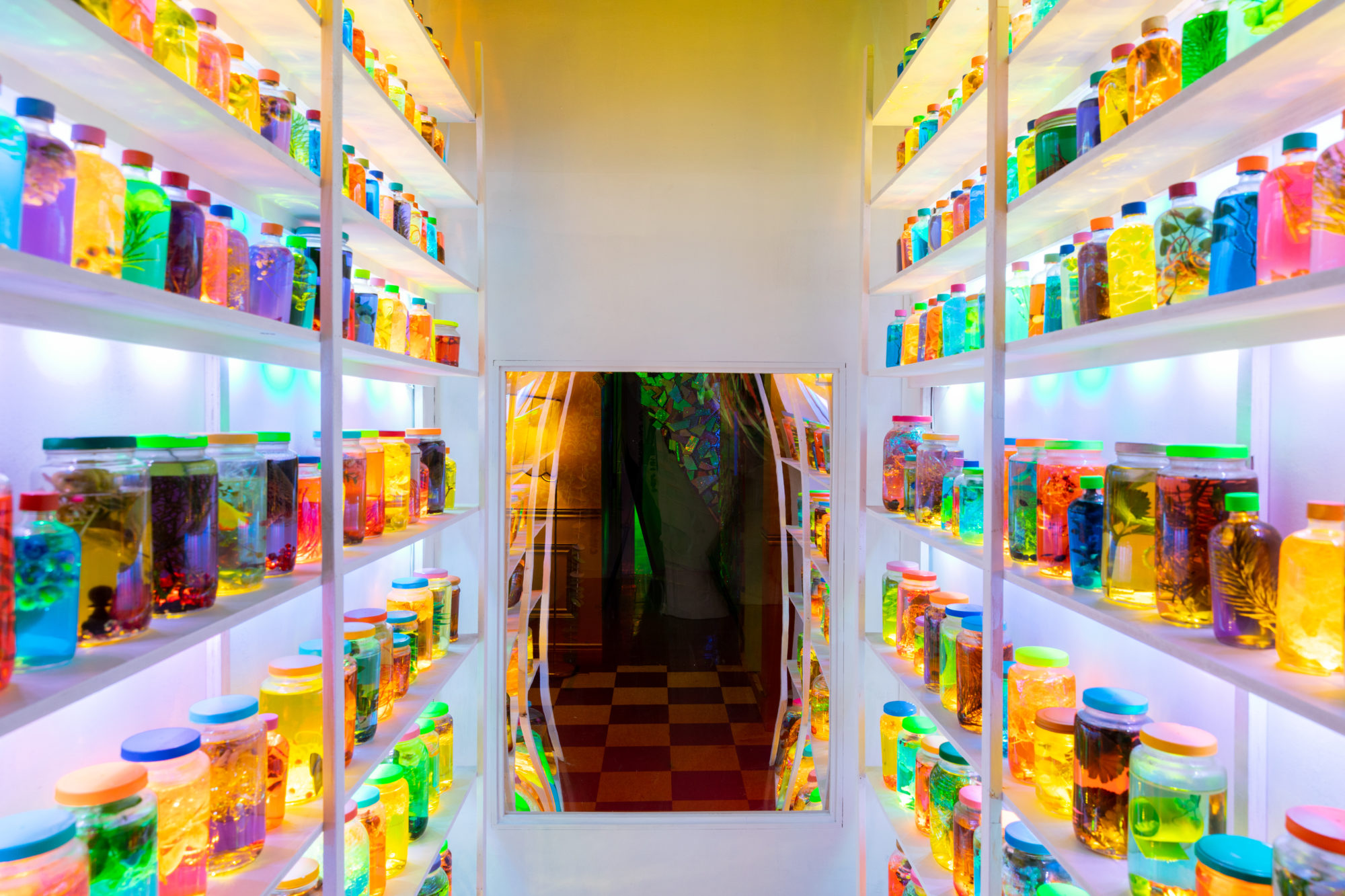 Casey Watson, a creative director at Anthropologie, created this room in collaboration with Jazz Cartier. She painted the floors hot pink and wrapped a life-size cardboard elephant in layers of canvas. The room is scented with eucalyptus to make it feel more like a jungle: 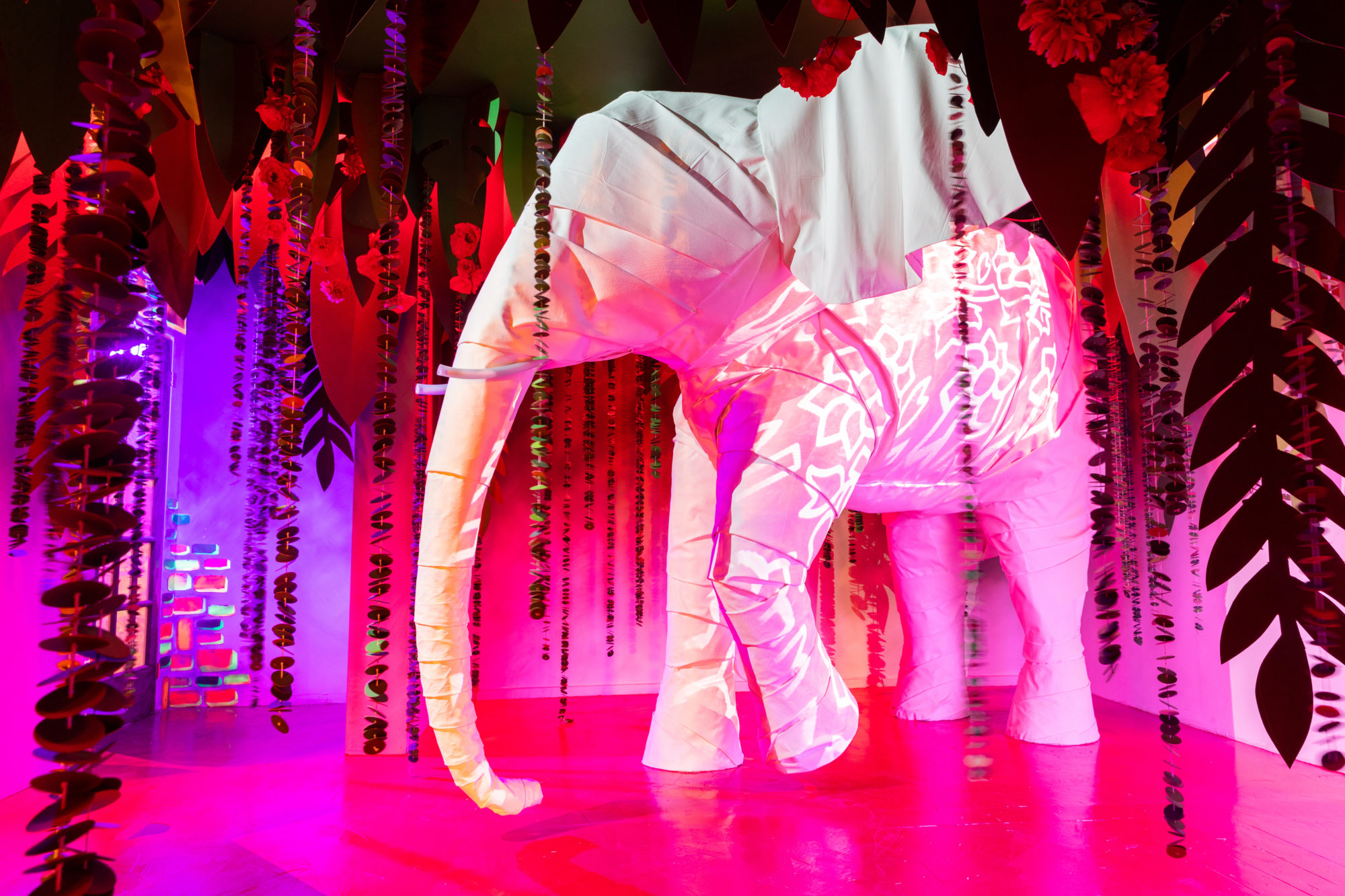 This piece, created by illustrator Paul Jackson in collaboration with hip-hop group Bad Child, was inspired by their song “Free Trial.” It’s supposed to be an interpretation of modern-day romance and technological failures: 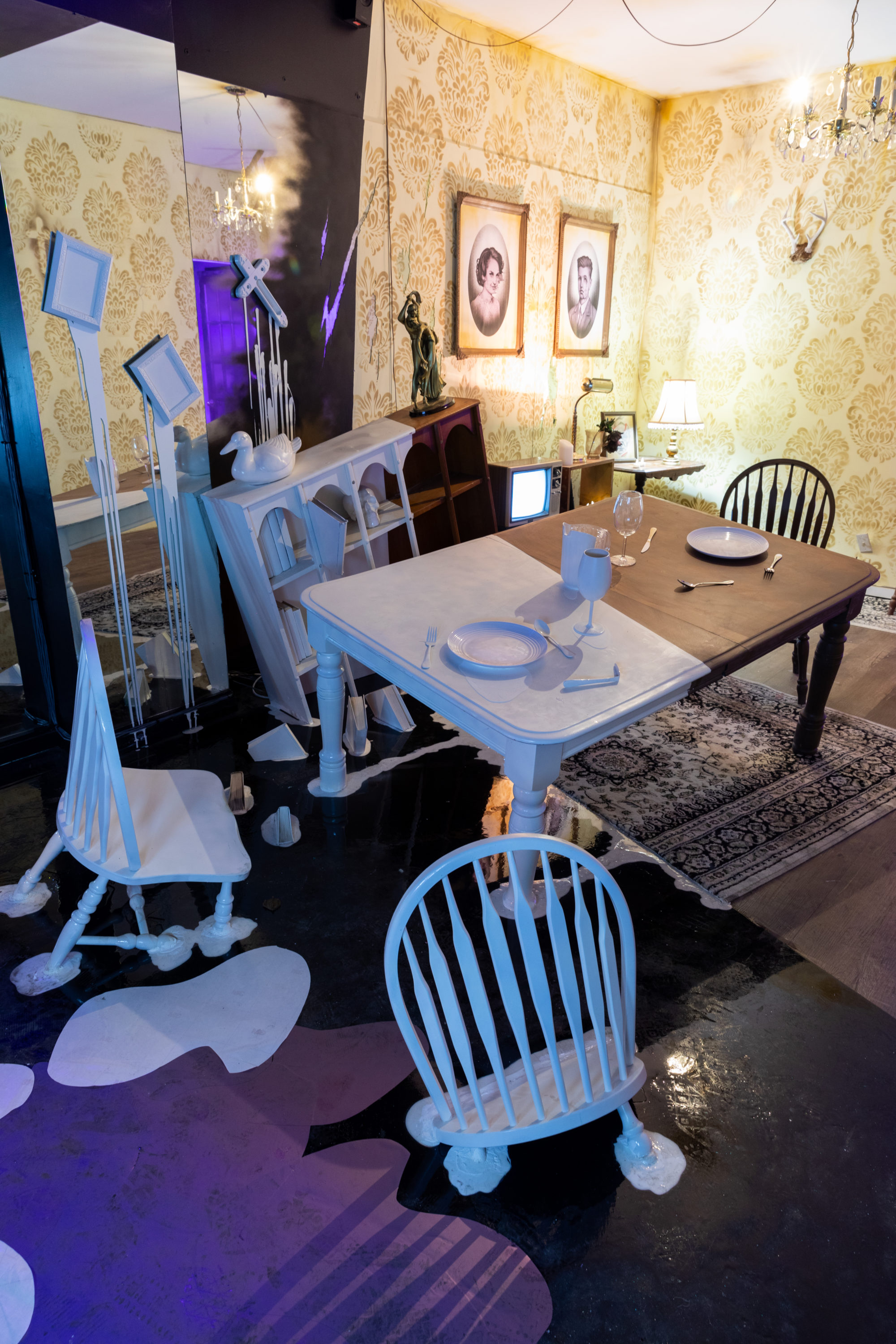 Upstairs, Ness Lee created these swimming women out of plywood: 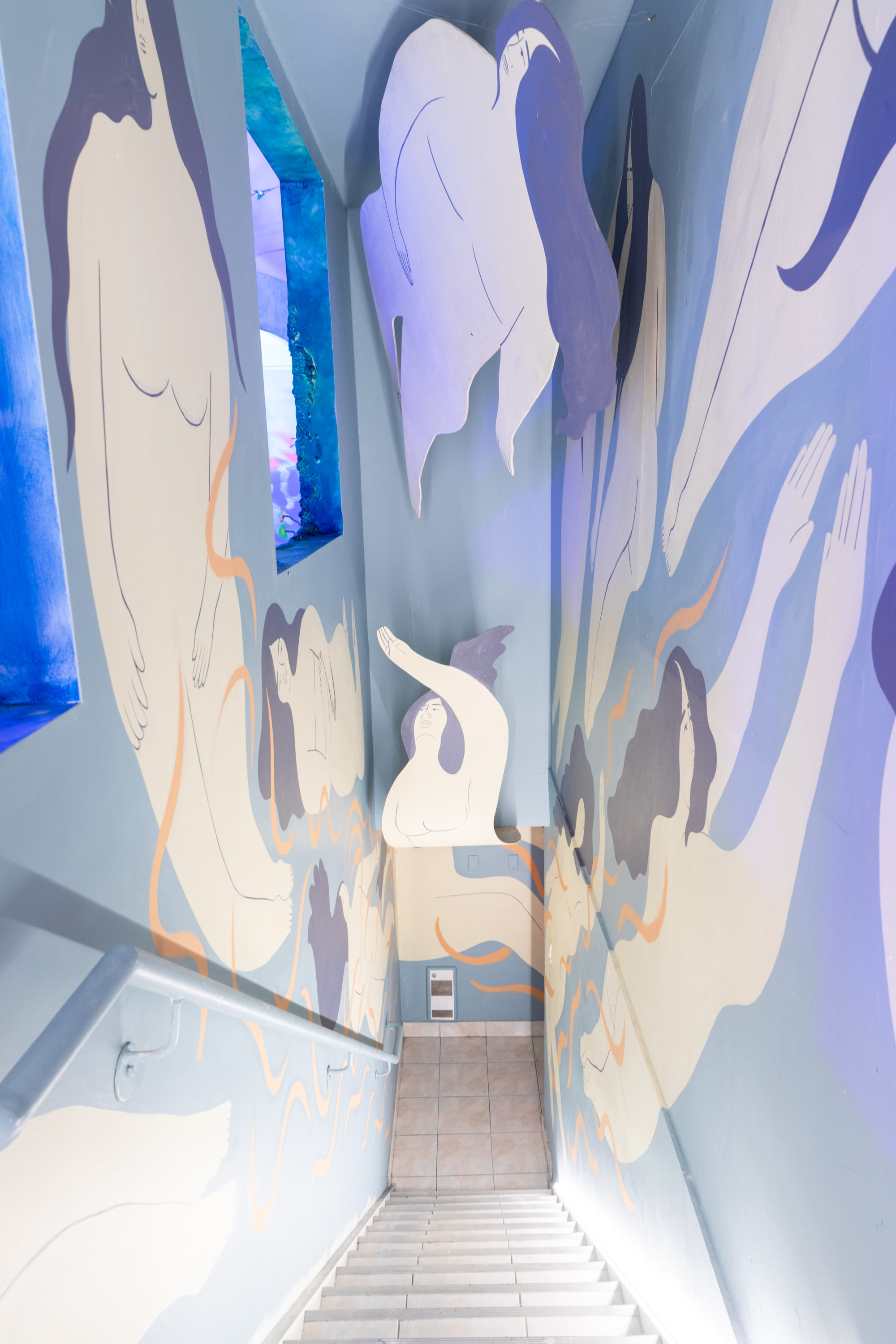 The top floor is underwater-themed. It can fit 200 people and will be available for private events: 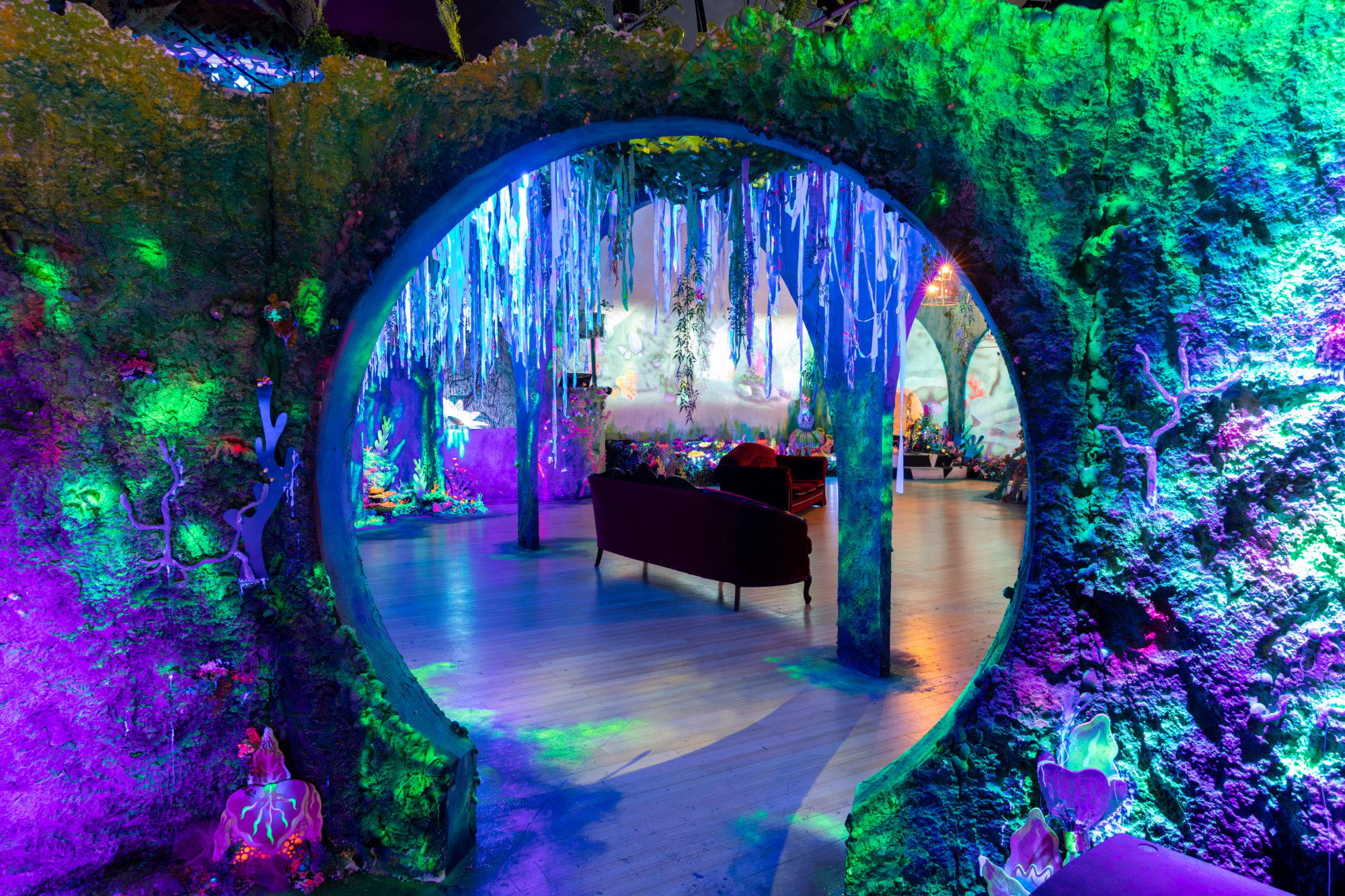 There are moving projections on the walls that make the fish look like they’re swimming: 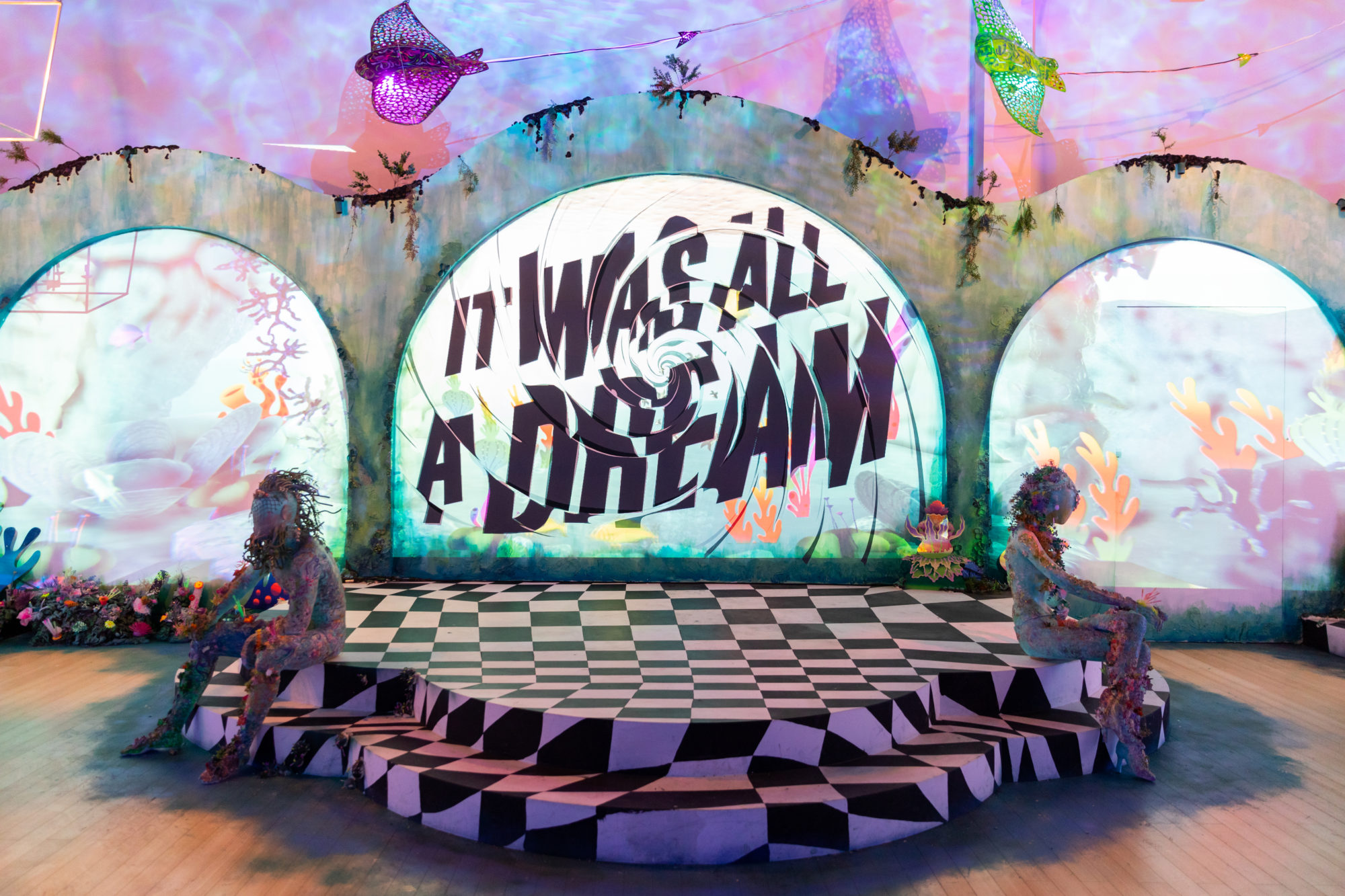