Curious about the stories behind the photos, Zeleny created the Found Polaroid Project, an evolving online gallery that encourages viewers to write fictional tales about what’s happening in the frames. “It became less about the people and more about giving the images themselves new life,” says Zeleny, who is based in Toronto but is currently studying in Europe. “I wanted to allow these images to exist in an interesting way, not in a dank basement or garage.”

Zeleny cherry-picked the project’s best narratives for his new book, Found Polaroids. We asked him to tell us about some of his favourite shots. 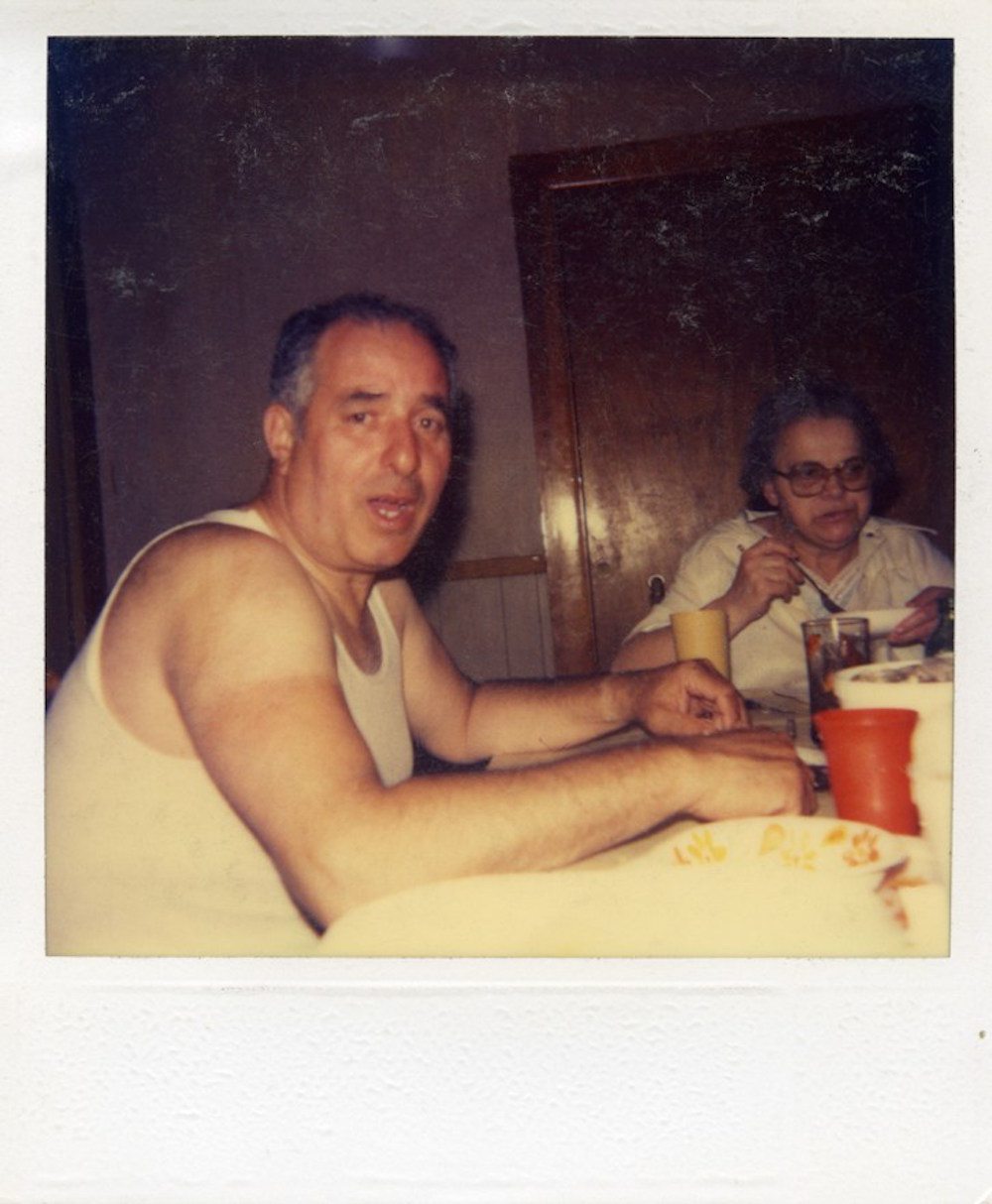 “One of the magical things about Polaroid is that it’s a playful medium,” says Zeleny. “It was almost considered a toy, rather than a professional camera that you’d pose for.” The result is a collection of shots that capture seemingly unspectacular moments like this one: a man caught eating dinner on what could be an average weeknight. “He doesn’t seem annoyed by the camera, but he’s in mid-sentence, and it has an awkward feel to it.” Zeleny finds value in photos where subjects are unaware or caught off-guard, because they’re so different from carefully staged Instagram scenes. 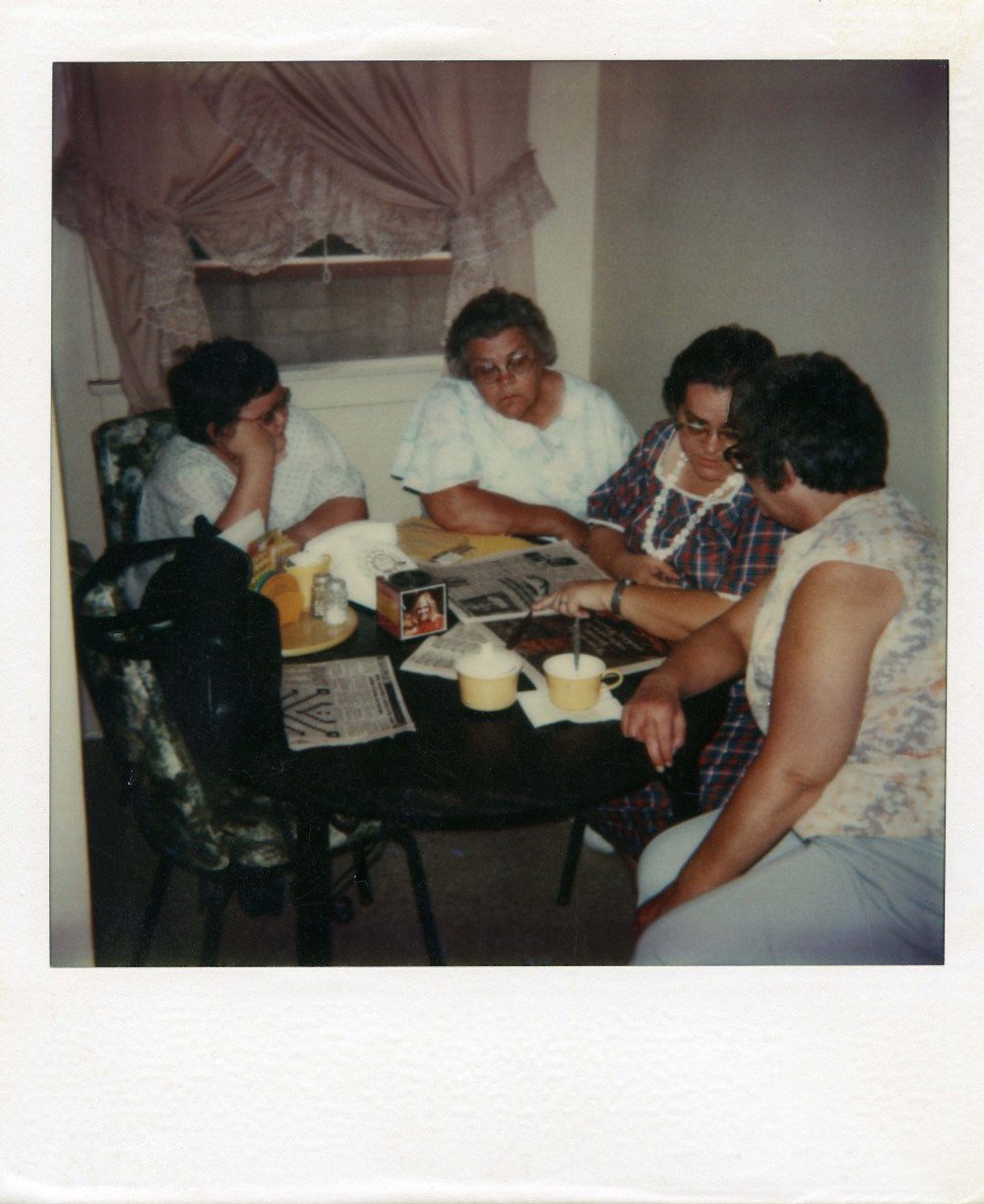 For this shot, an amateur author wrote a mundane story about four aunts told from a child’s perspective. In the story, the narrator recalls being crammed into one of the aunts’ flats while watching a ball game on TV. He recalls teasing them for their build, making up unflattering nicknames and poking fun at their competitive nature. It’s a narrative that Zeleny liked because he felt it suited the banality of the scene. He says writers often take more dramatic approaches. “These images have been lost or misplaced, and that allows space for tragedy to occur,” he says. “I think a lot of people like to focus on that.” 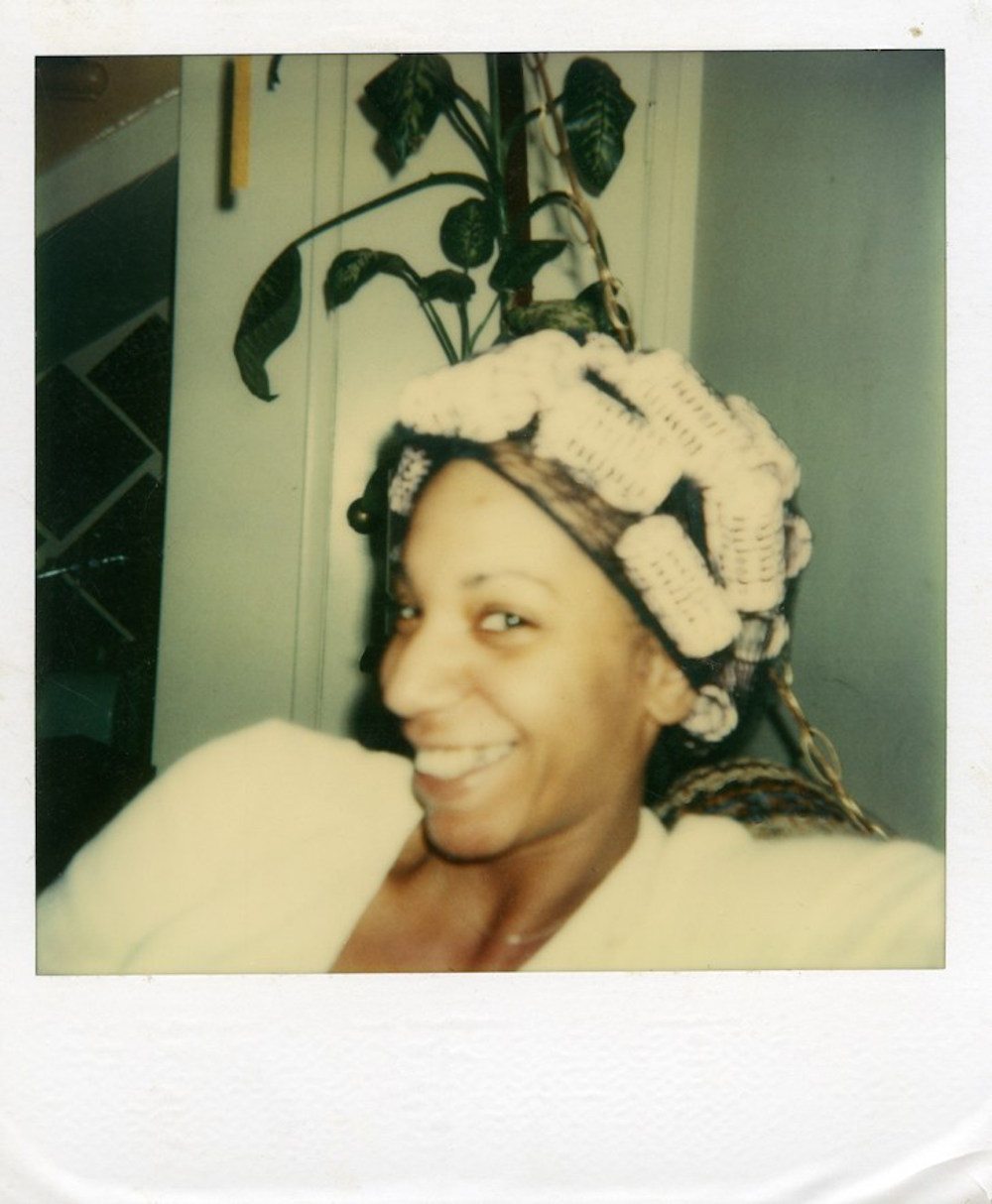 Though this shot doesn’t have accompanying story (yet), it caught Zeleny’s attention because the woman’s reaction surprised him “She’s so welcoming to the camera,” he says. “She’s not serious, she’s playful. She’s not in her best outfit, but she’s got a great smile on.” Like many photographs in the collection, this one evokes a wave of nostalgia for Zeleny: he thinks about his great-grandmother doing her hair with pink curlers when he was a kid. 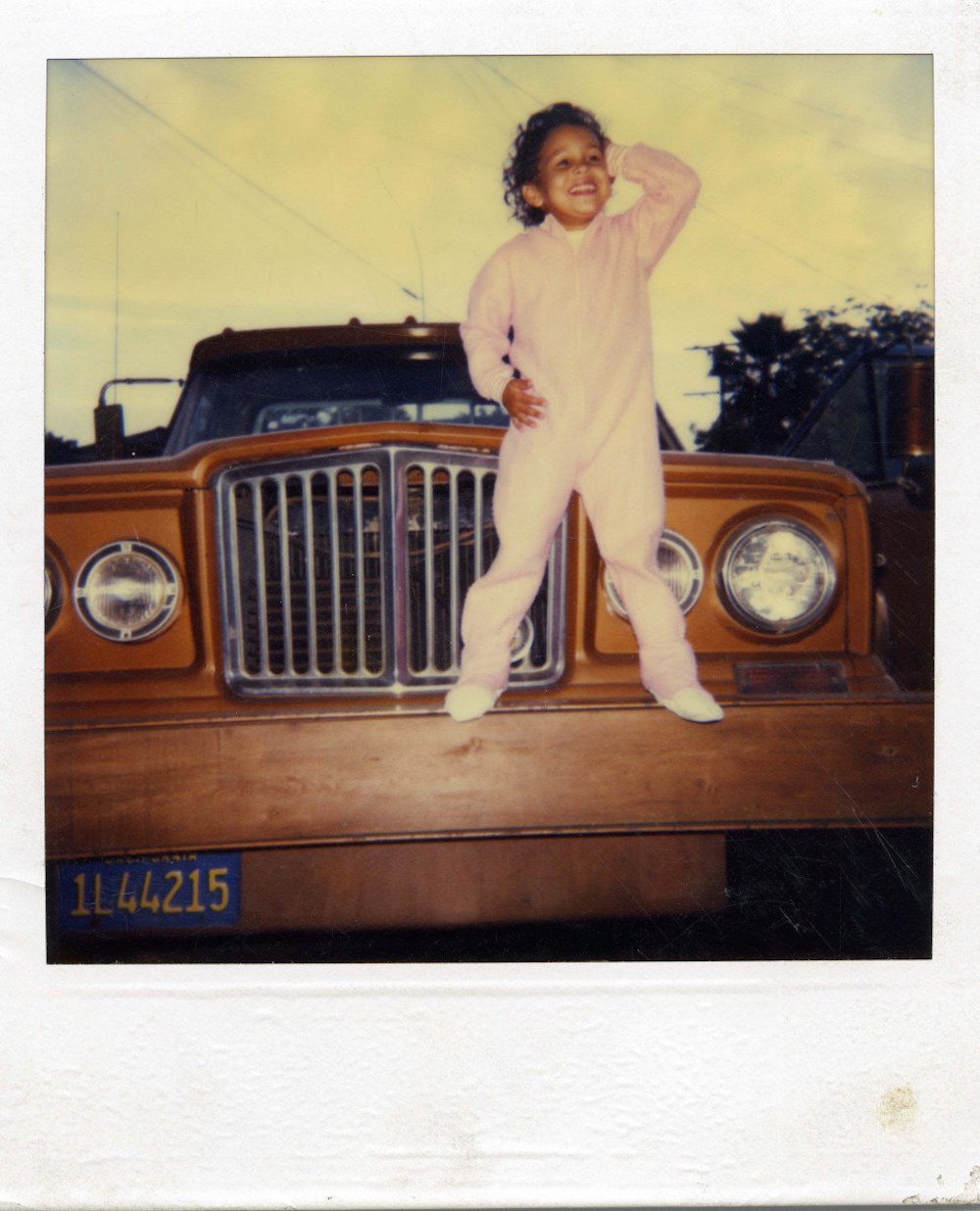 Zeleny loves the pure joy in this scene. “This pose is great. She’s just taking on the world,” he says. The mood helps create diversity in a collection of thousands of photographs. “You put this next to someone who looks sad or is caught mid-sentence, and you have very different stories you can tell.” 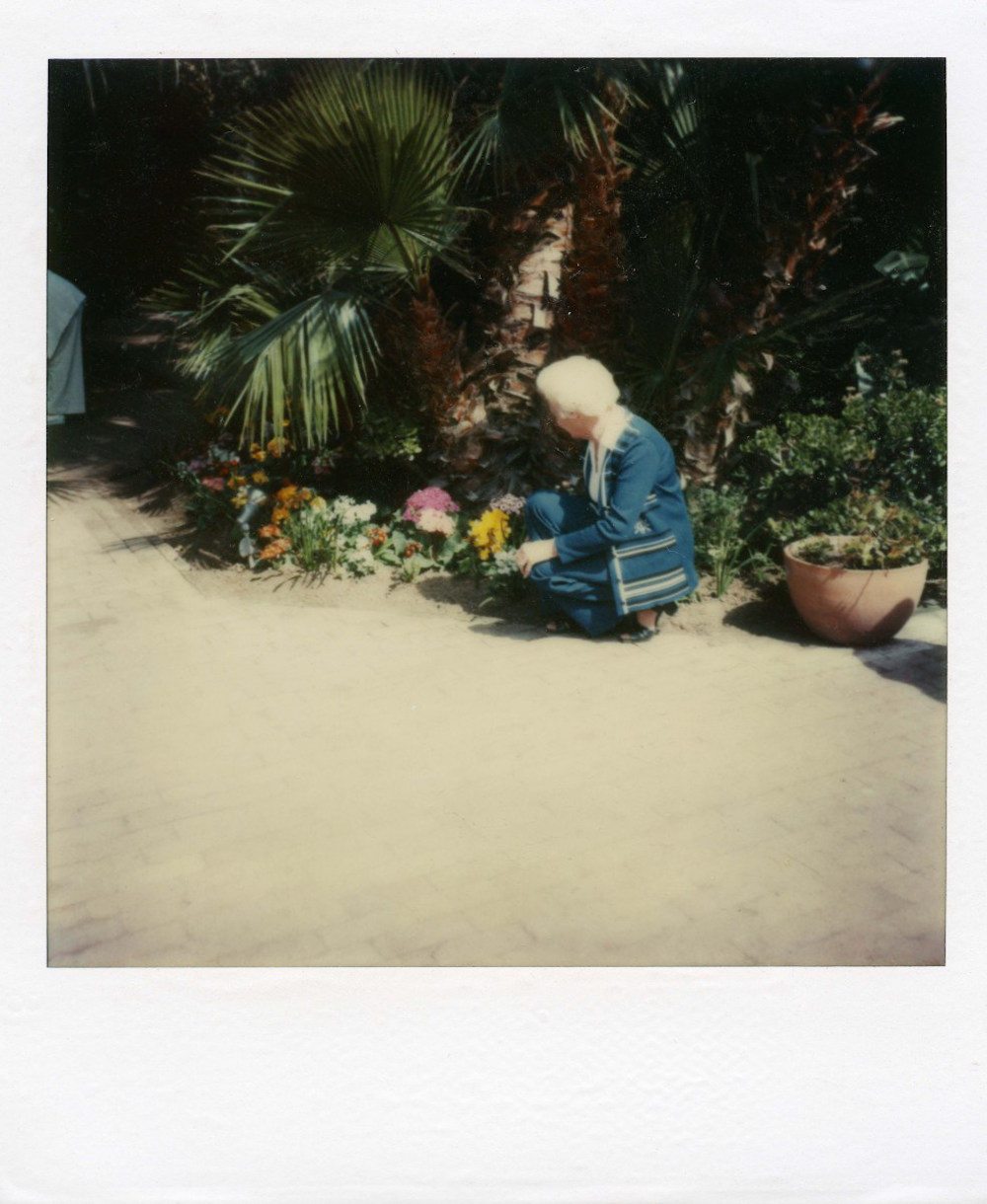 This woman seems to be enjoying an afternoon of gardening, but her outfit gives her away: the crisp white blouse, pantsuit and heels are more appropriate for church or family brunch. “I just like that her clothes don’t fit the scene,” says Zeleny. “It’s slightly lonely, and I feel that there’s a story there.” The same woman makes several appearances in the collection. A writer gave her a tearjerker of a story, told from her perspective, addressed to her deceased child. In it, she reminisces about an afternoon gardening when the kid was just a baby. 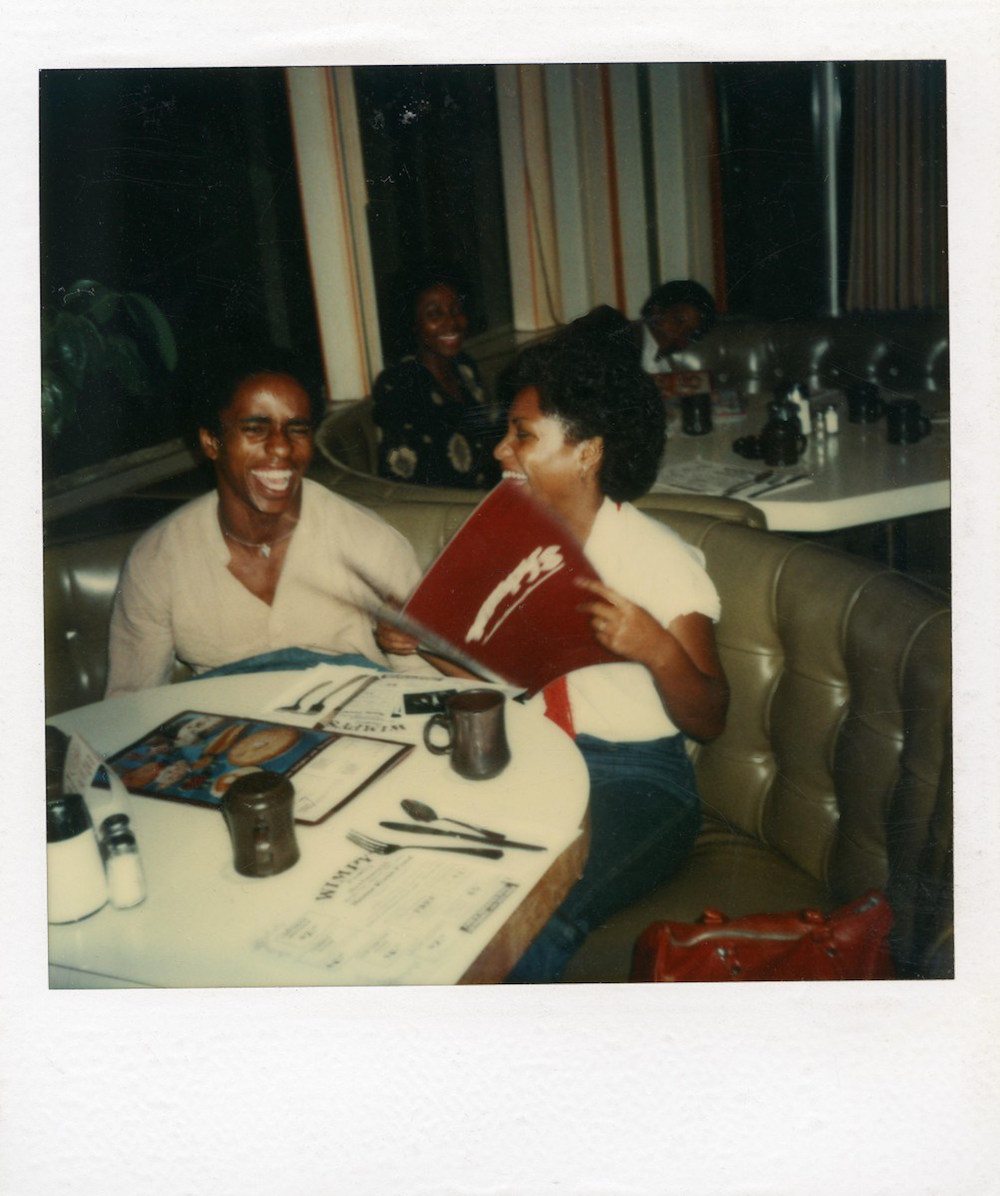 “This one is a nice little a slice of life,” says Zeleny. “Mid-laugh, they’re both fully enjoying themselves. They might be aware that the camera is there, but you have no idea because their eyes are shut and they’ve become so involved in this moment.” This is one of the happiest photos of the lot, and yet the fictional piece that goes alongside it ends with a gunshot to the head and a fatherless newborn. “Some of the stories get too tragic for me.” 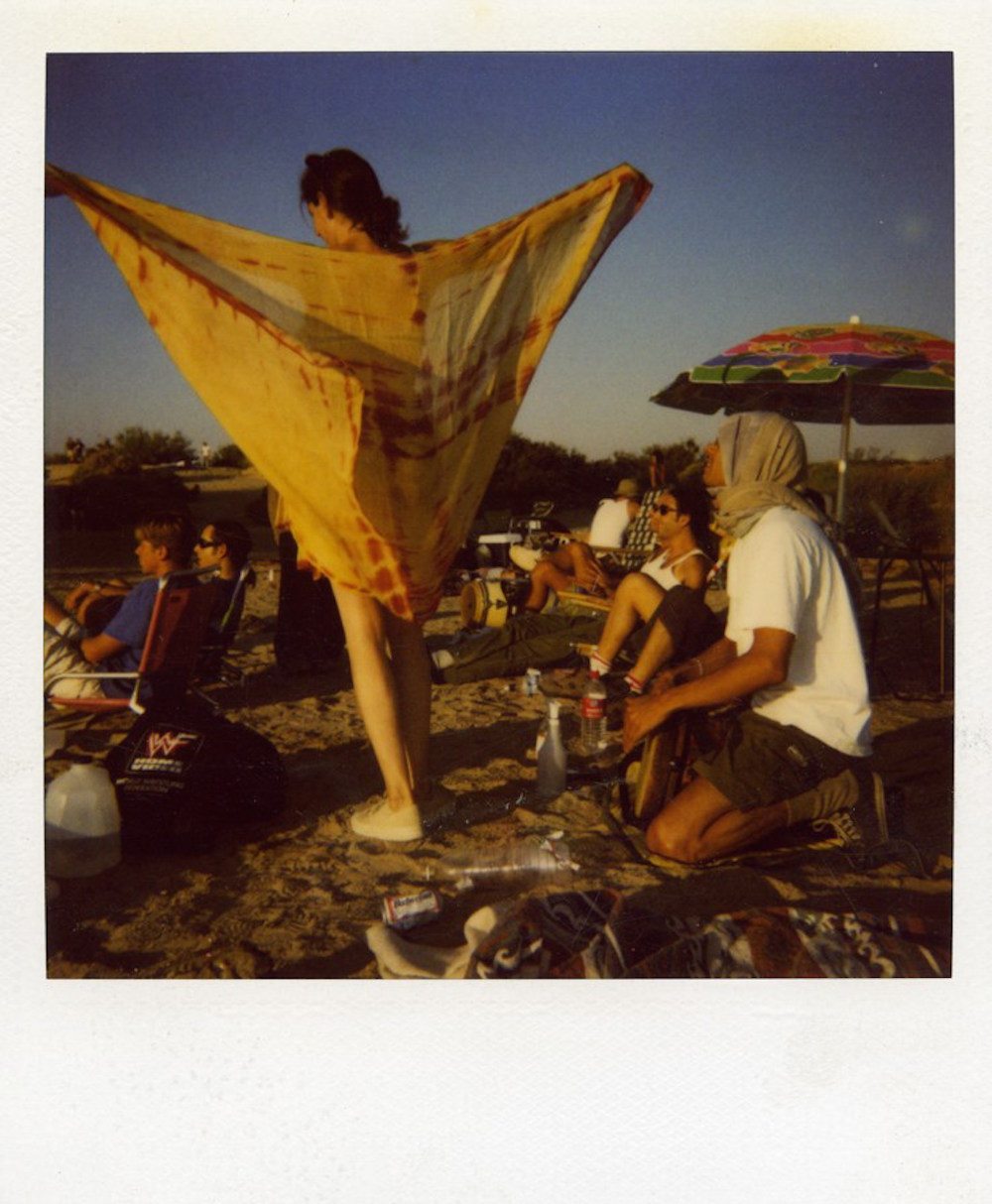 Zeleny asked Wisconsin photographer Andy Adams to choose his favourite Polaroids in Zeleny’s collection to be featured online. This is one. “The colours are cool and it’s got great composition, but for me it doesn’t do much,” he says. “If I was that dude, I’d be like, ‘Sit down, you’re blocking me!’” 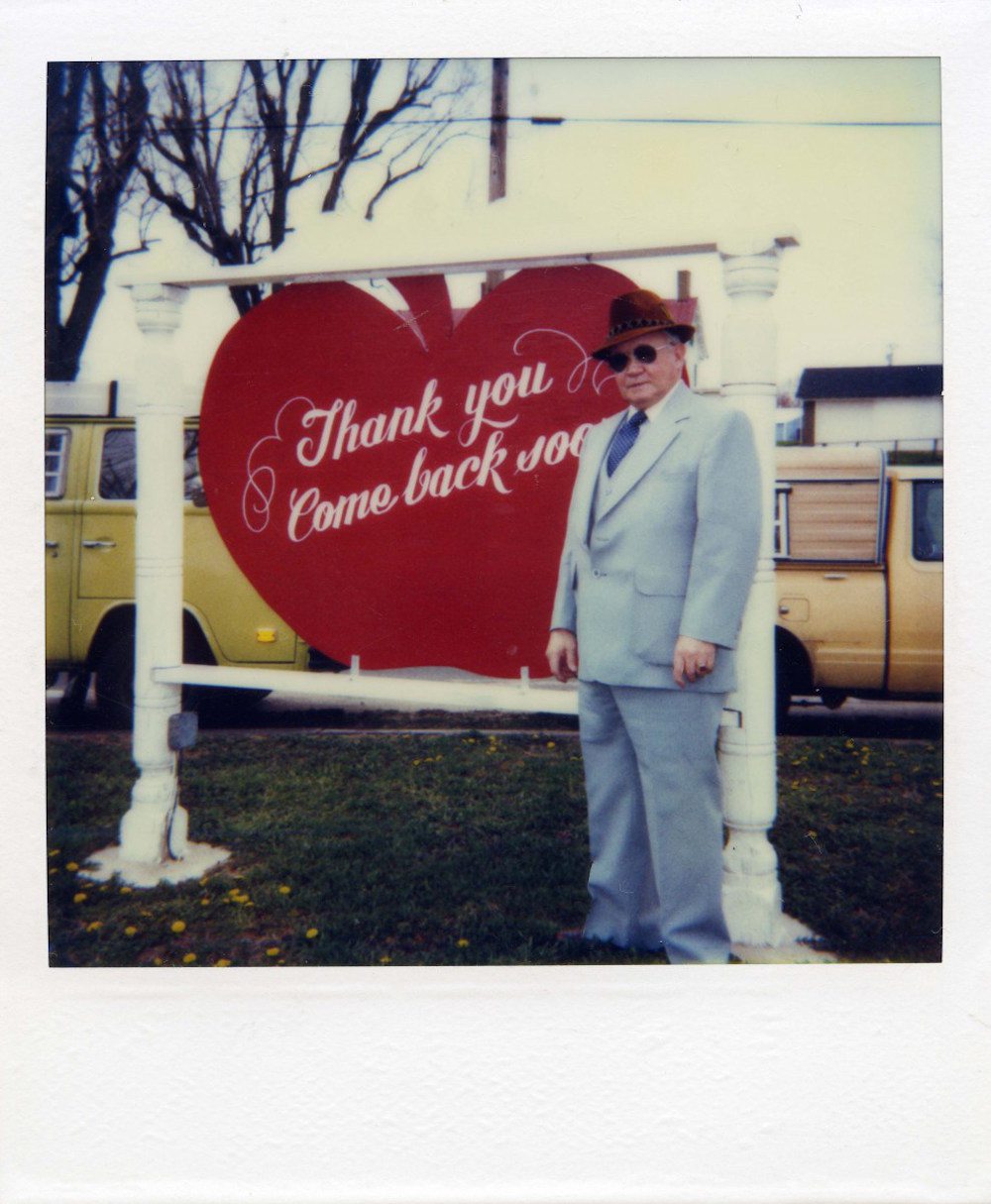 This dapper older gentleman gave Zeleny pause. “There’s something really poetic about it, even if he in no way meant it to be,” he says. “The framing is actually very nice—the two yellow trucks in the back are perfectly symmetrical.” The shot’s fictional story, however, isn’t so pleasant. Written from the perspective of the man’s grandson, the tale details a smug, unsavoury town mayor. The piece drips with resentment as the storyteller reveals the old man’s cruel treatment of his wife, kids, grandchildren and citizens of his town.