Inside the El Mocambo’s $30-million reno

Inside the El Mocambo’s $30-million reno

Music fans were inconsolable when the El Mo’s obituary ran in 2014. Thankfully, freewheeling financier Michael Wekerle swooped in to save the space. The worn-down, derelict building was in rough shape. Wekerle spent more than $30 million digging a new basement, adding an elevator and otherwise bringing the place up to code while preserving its legendary mojo. Case in point: live recordings of the Stones’ stealthy 1977 sets will be released in full for the first time later this year. 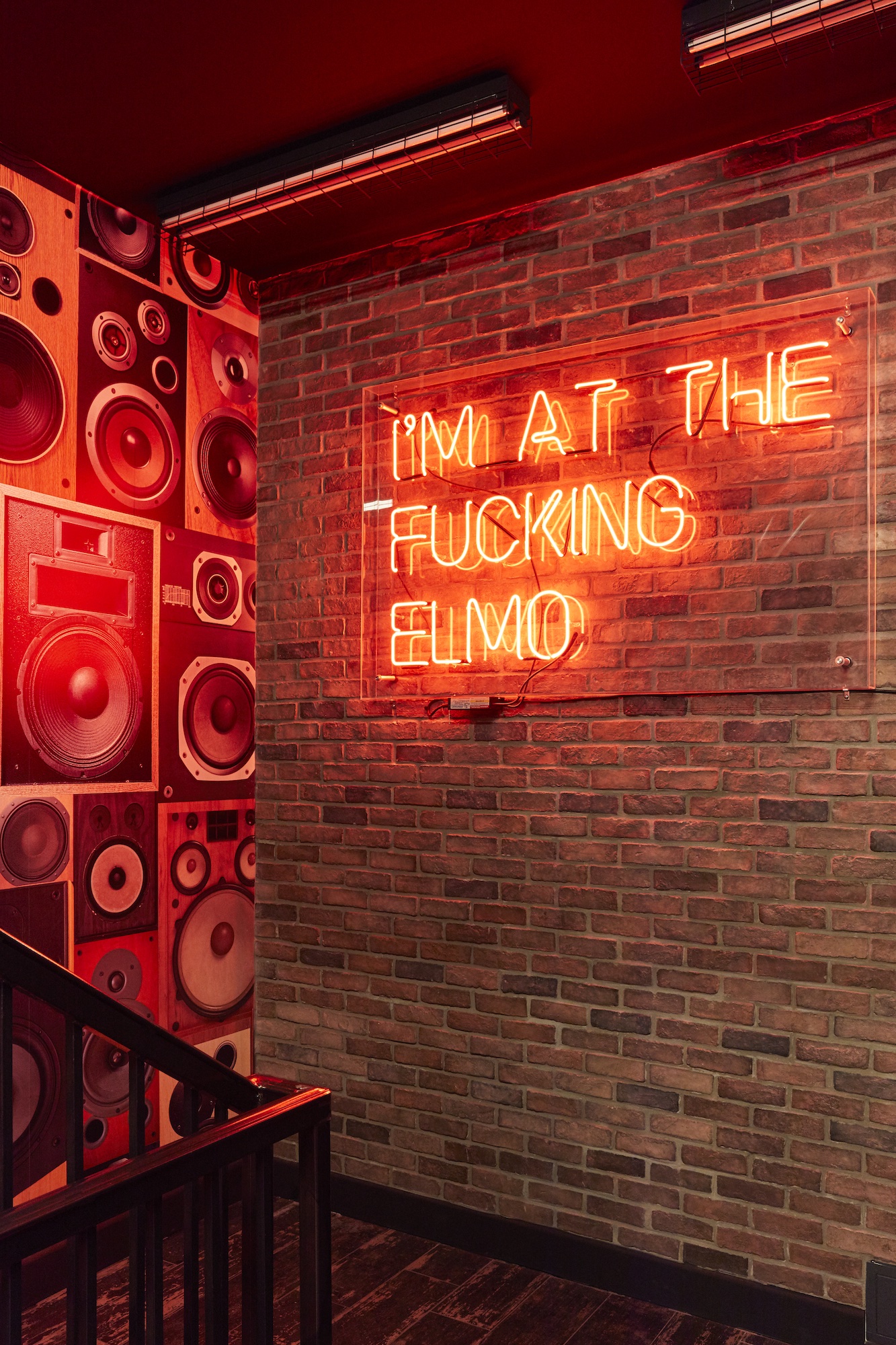 The new and improved El Mocambo brilliantly balances out the venue’s lore with more relevant rigging and design. There are tour-grade sound systems and a full recording suite that enables artists to both livestream and record album-quality tracks. Soundproofing allows for, say, a high-energy EDM concert in the upstairs hall, while something unplugged and intimate is happening downstairs. 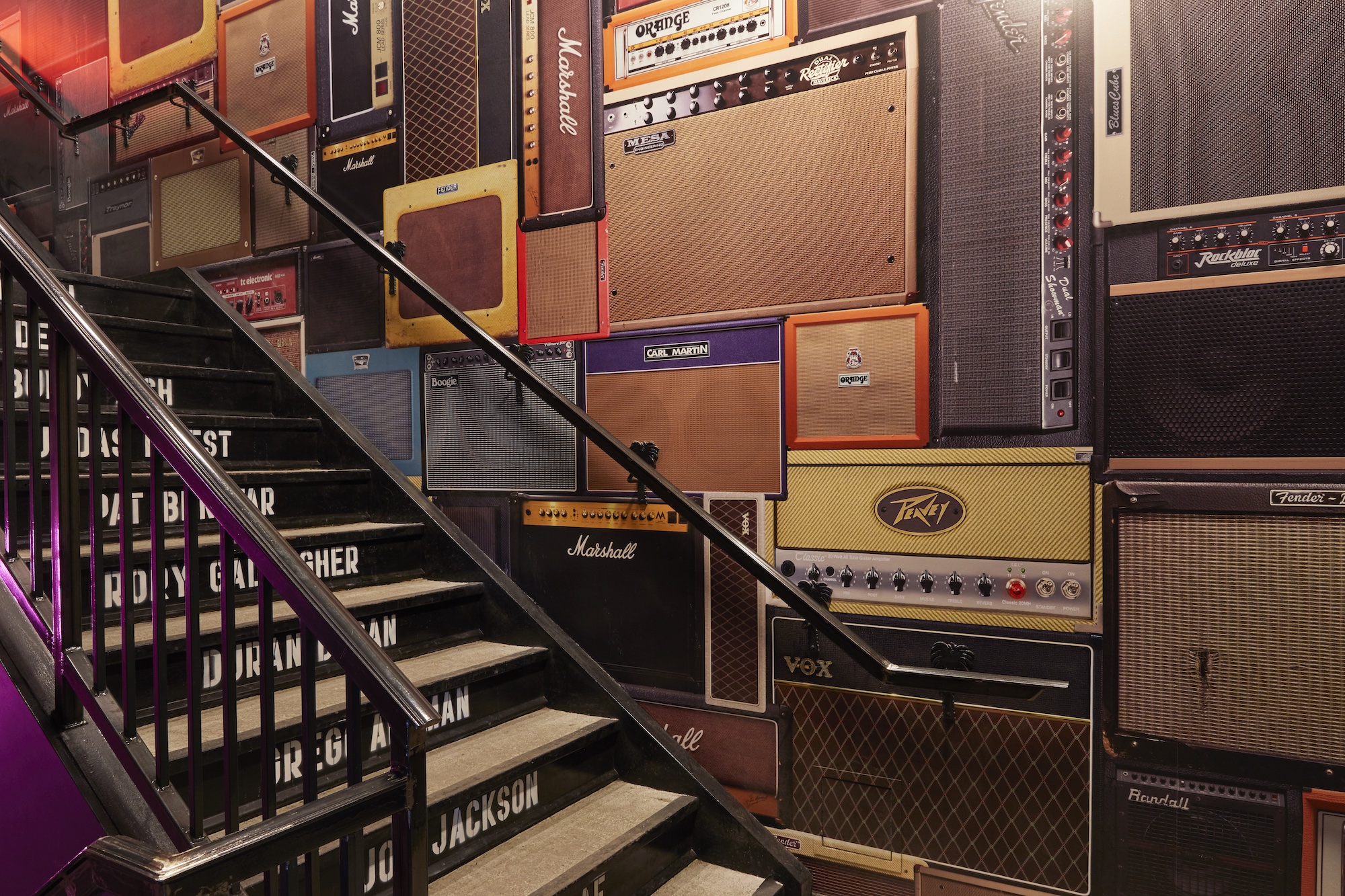 The space was ready to go in February of 2020 when the pandemic brought the big relaunch to a screeching halt. Instead, the venue hosted a series of soft launches, including virtual shows and a Big Wreck concert in the fall (the first with an audience)—with Our Lady Peace helping the El Mo officially cut the ribbon a year later. Here’s the marquee: 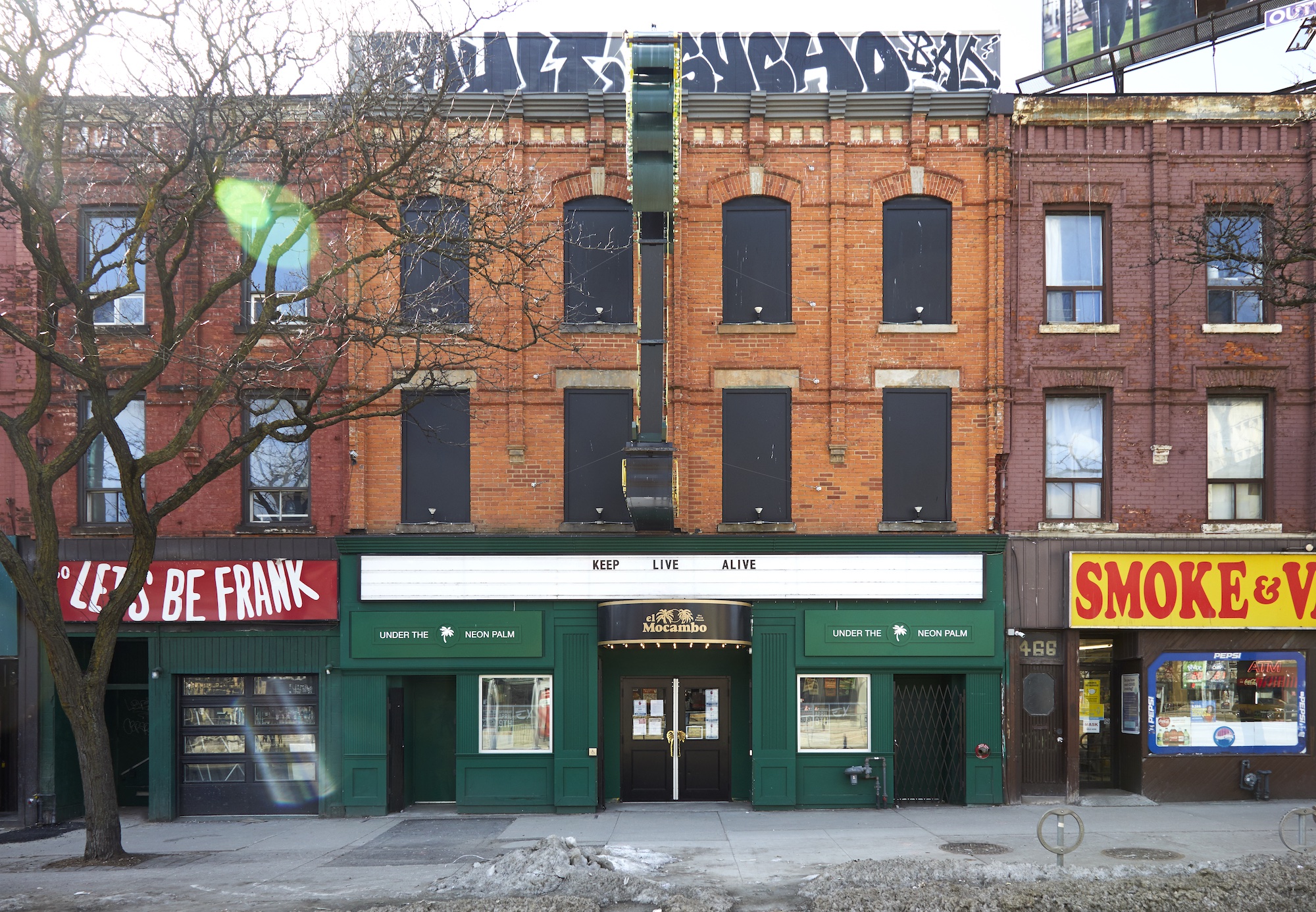 Nostalgia is the ruling aesthetic. Vintage tickets line the entryway and sound baffles are printed with archival El Mo imagery (a stone-faced Bono here, Mick and the boys there): 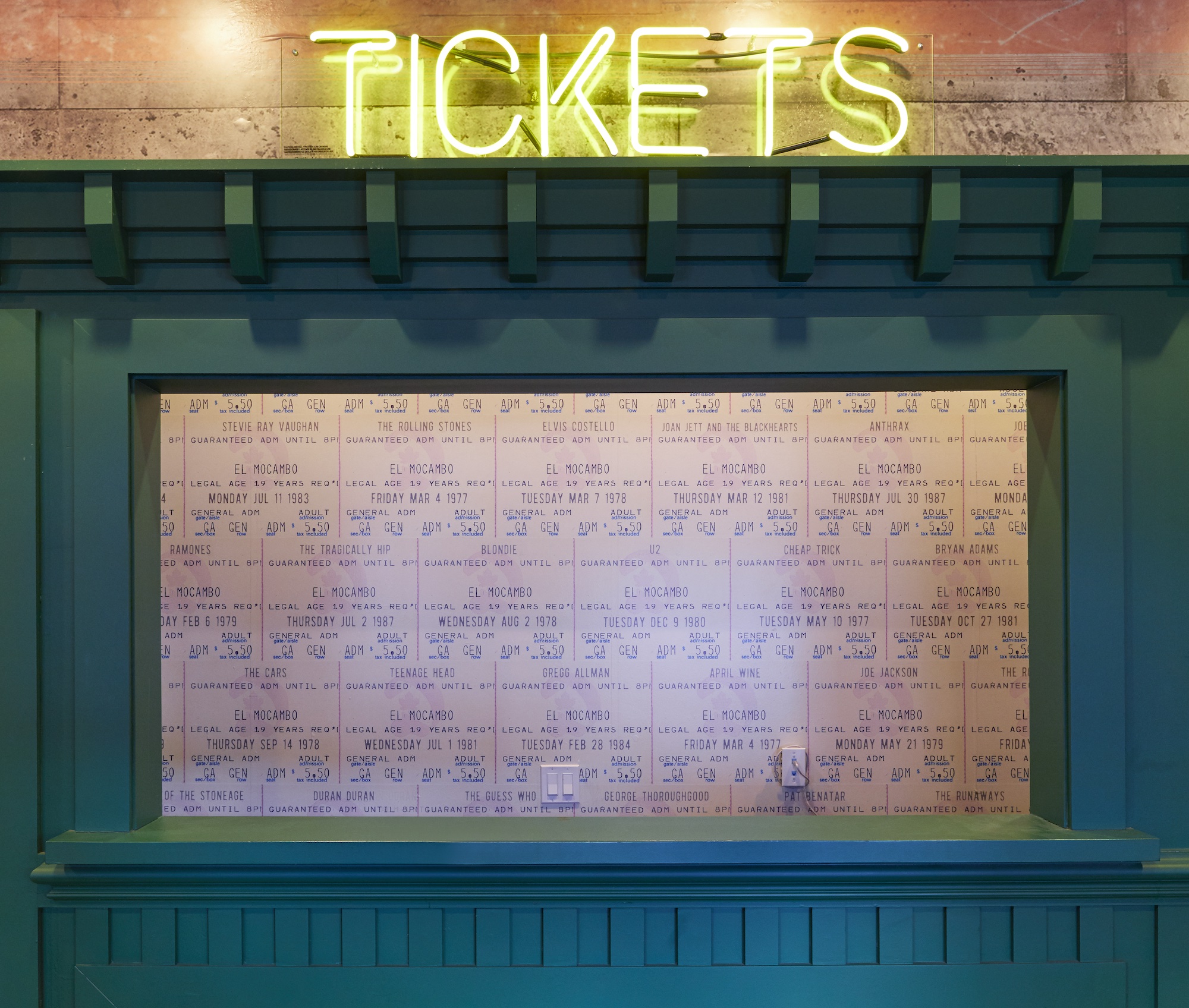 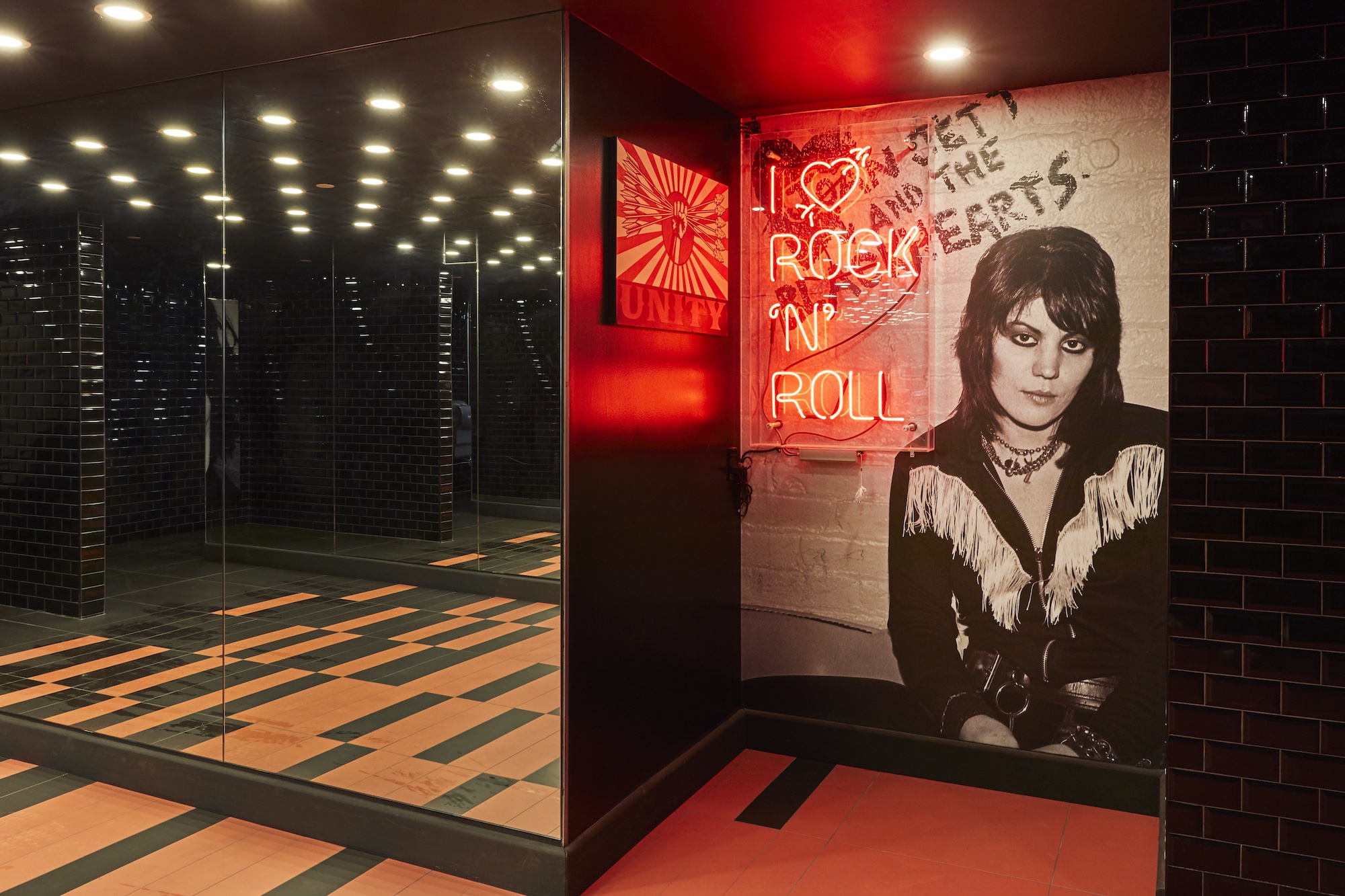 Here’s the smaller of two stages: 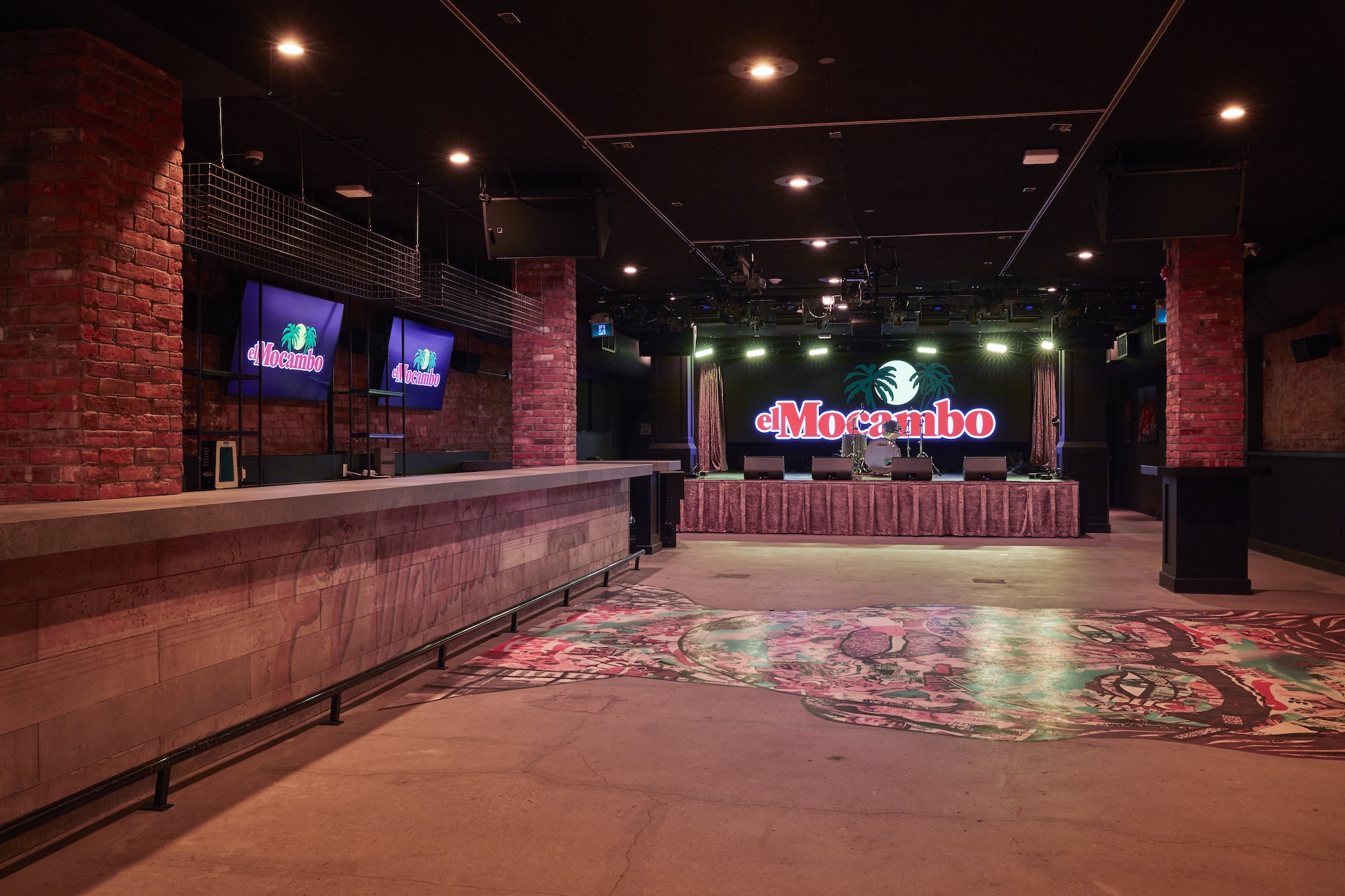 The staircase is bedecked with banner acts, one for each step. The venue has hosted the likes of the Ramones, the Beach Boys and U2: 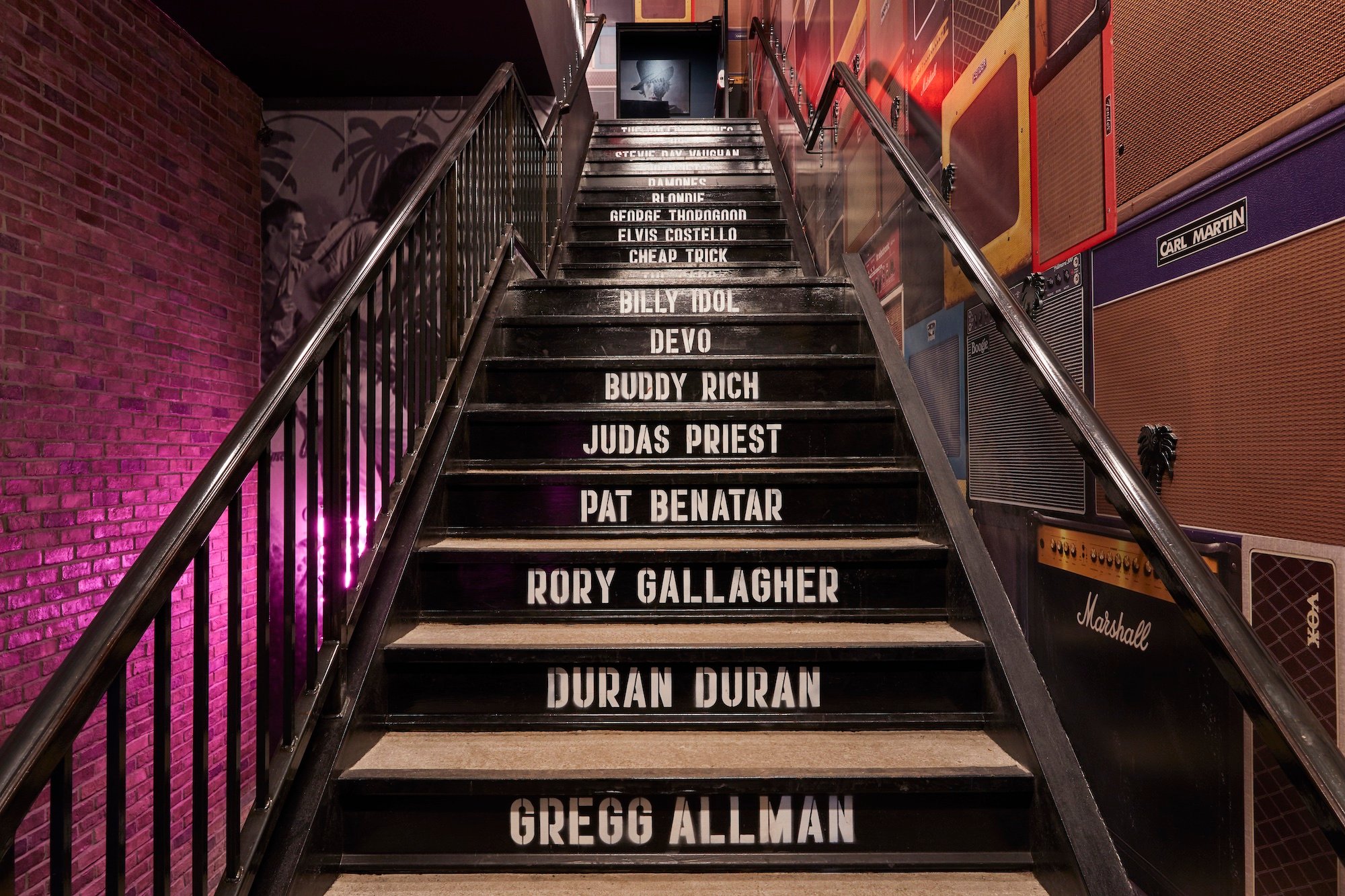 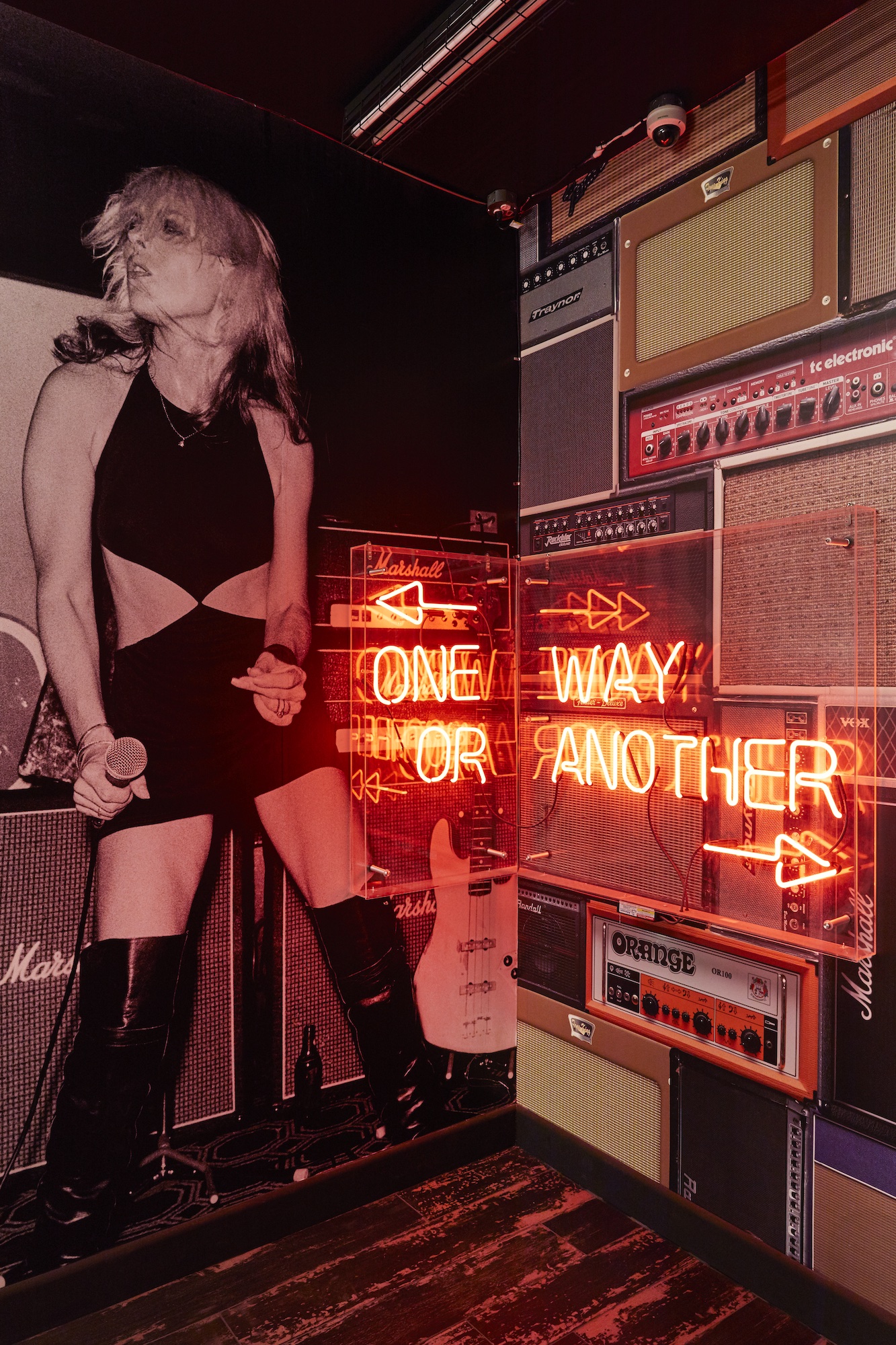 The original neon palms from the façade now flank the second-floor stage, with newer LEDs on the restored sign out front: 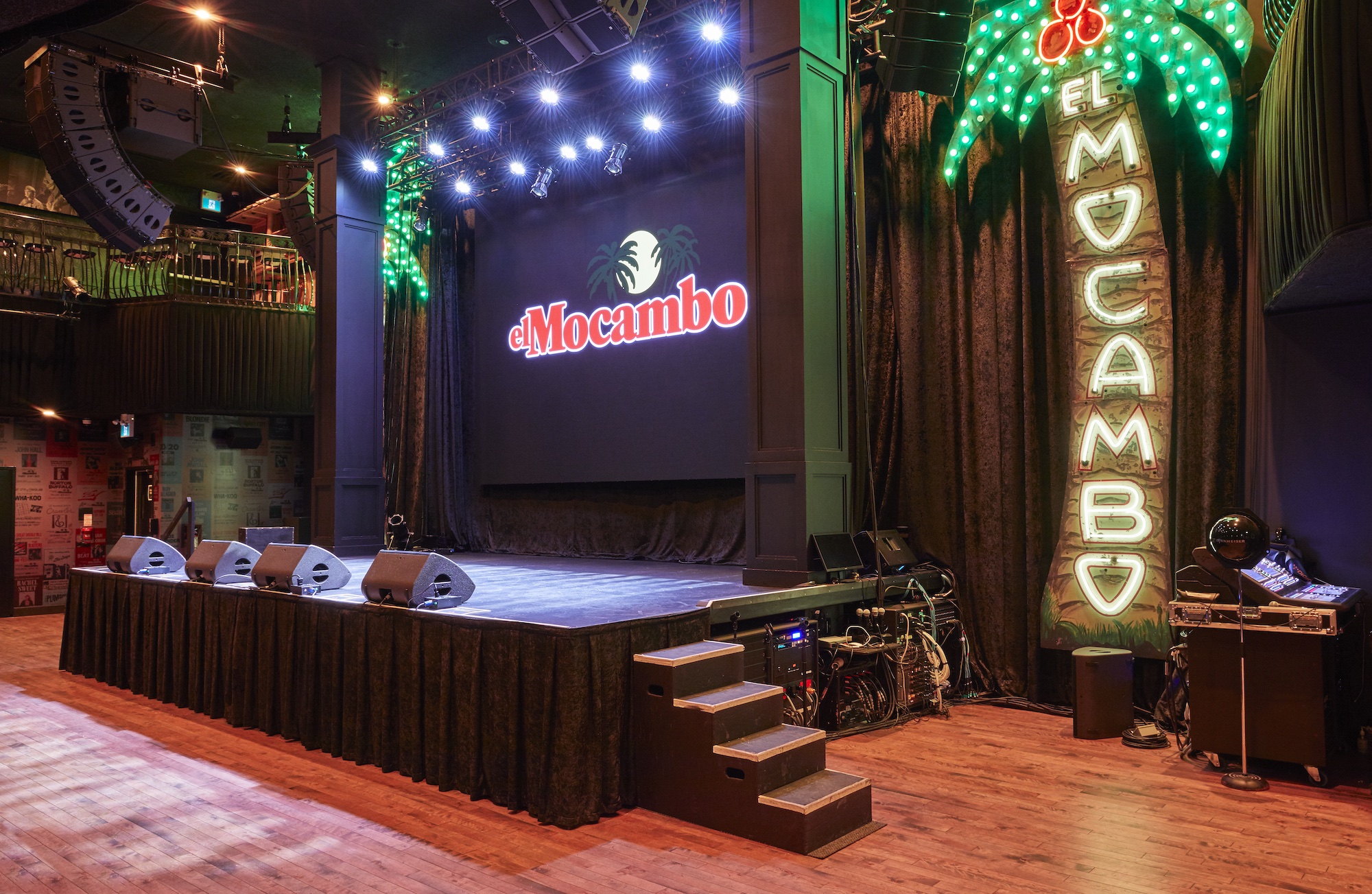 And here’s the second-floor bar, with a subtle art deco palm frond detailing: 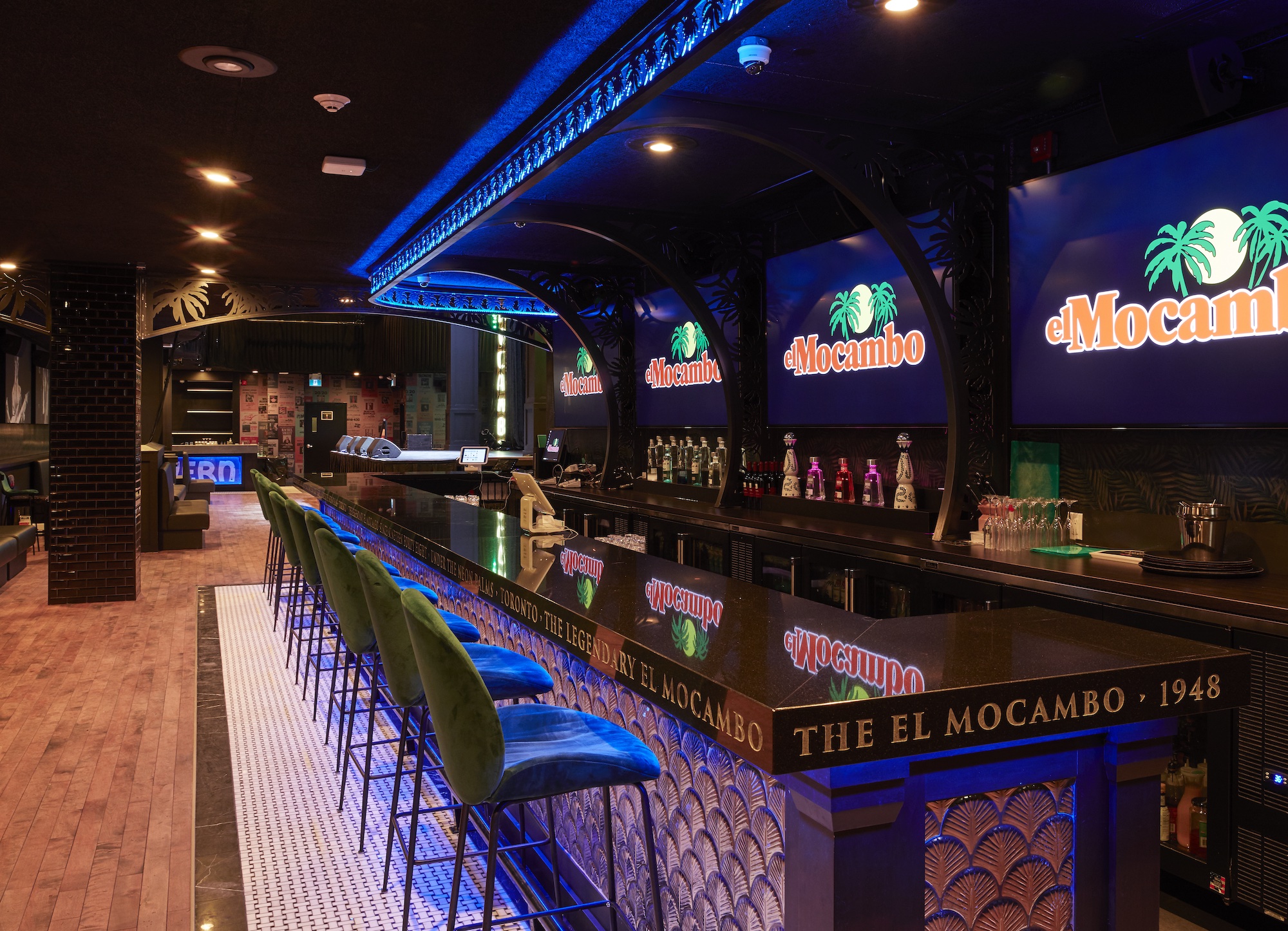 There’s a sneaky tiki bar at the far end of the upper tier: 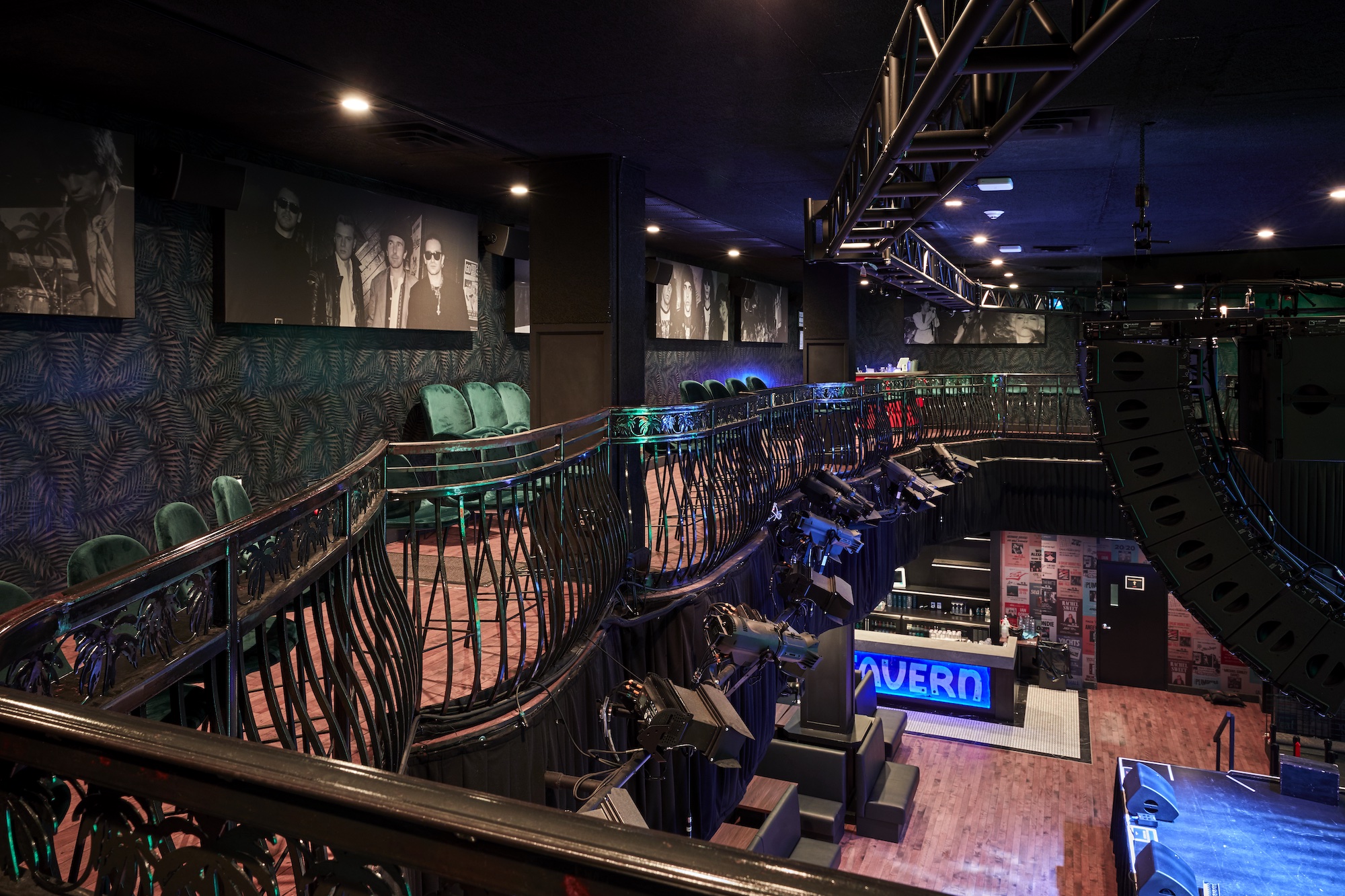 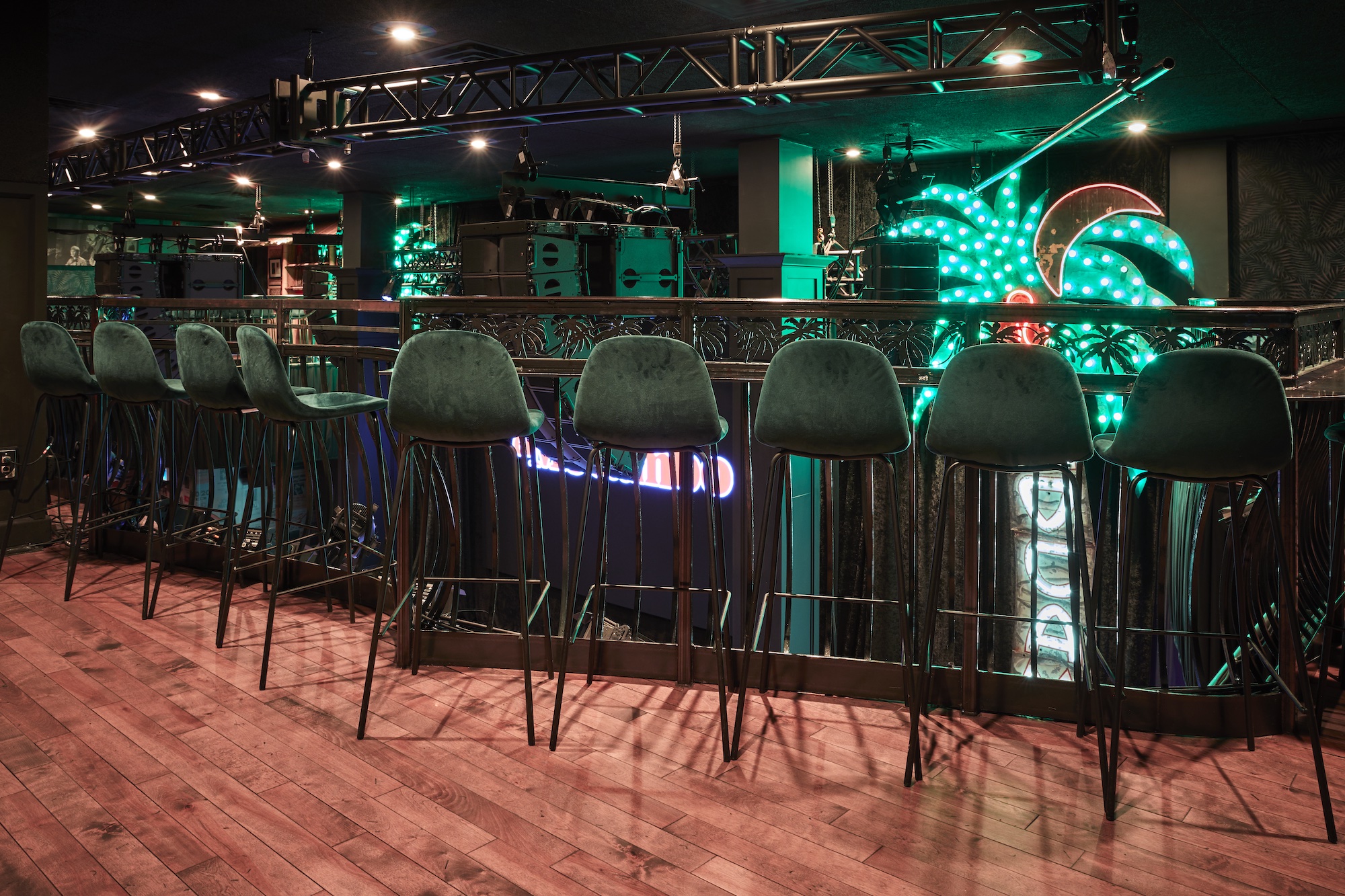 Souped up bathrooms offer none of the sticky-floored repugnance of the old El Mo: 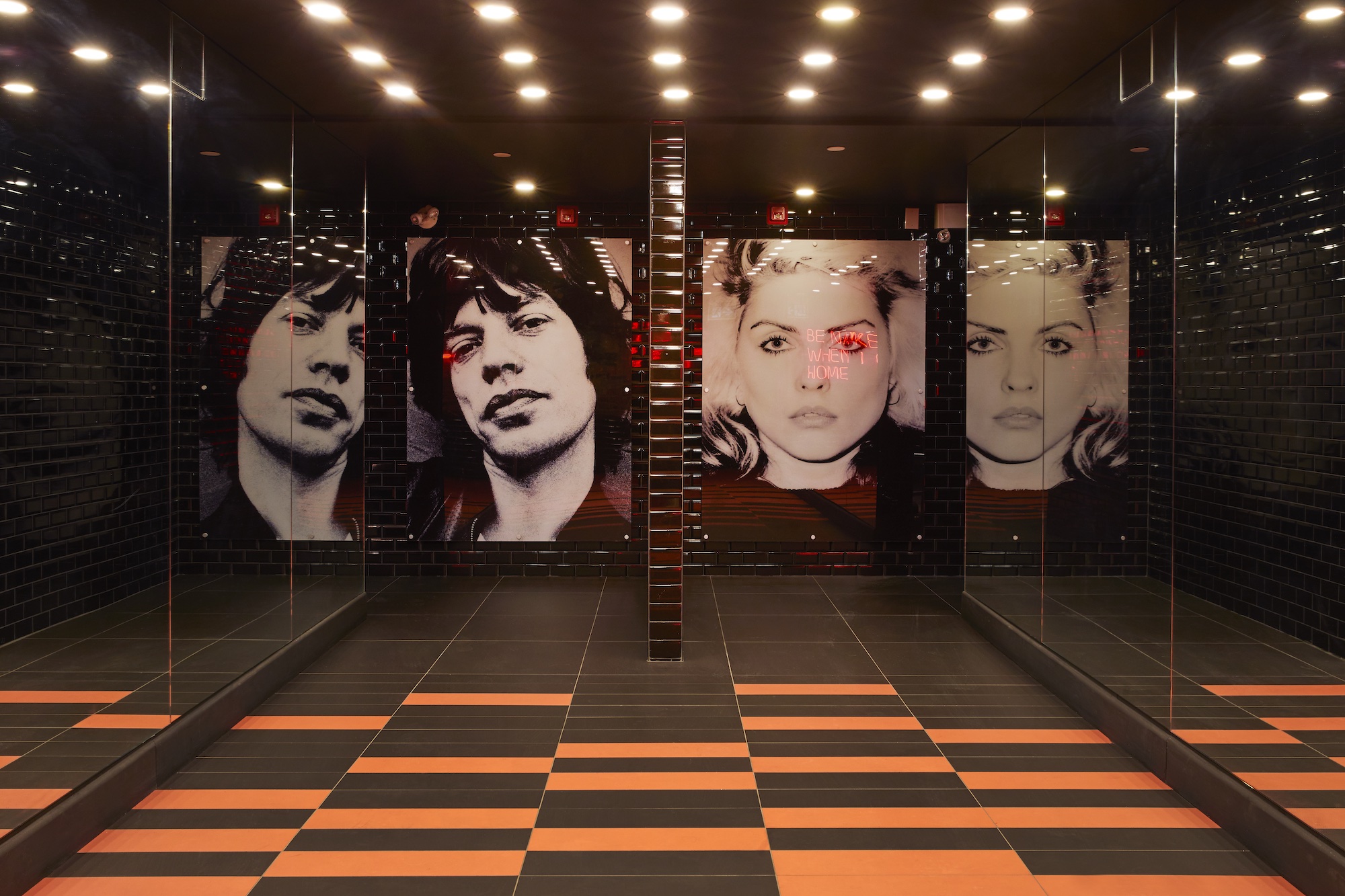 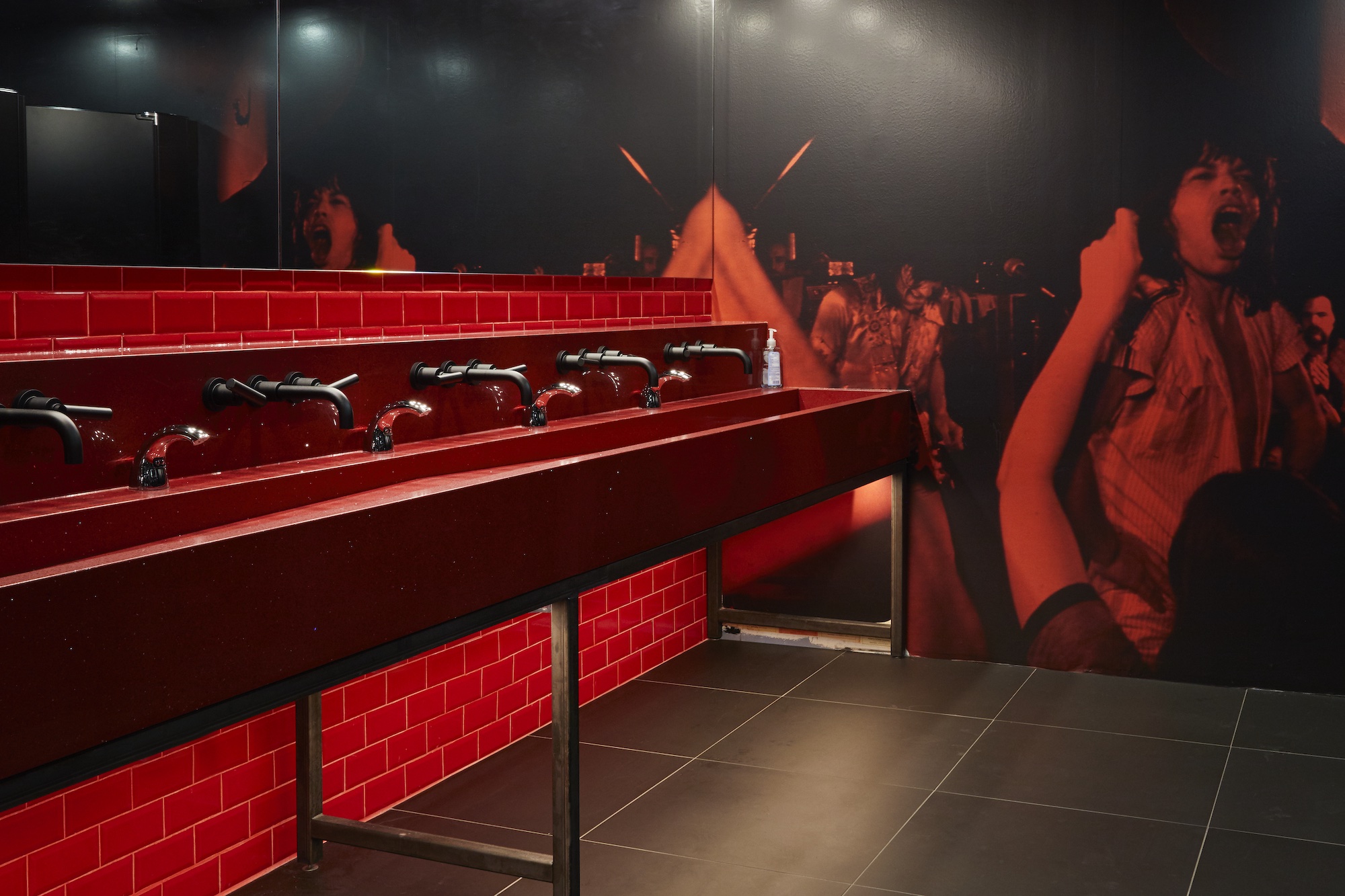 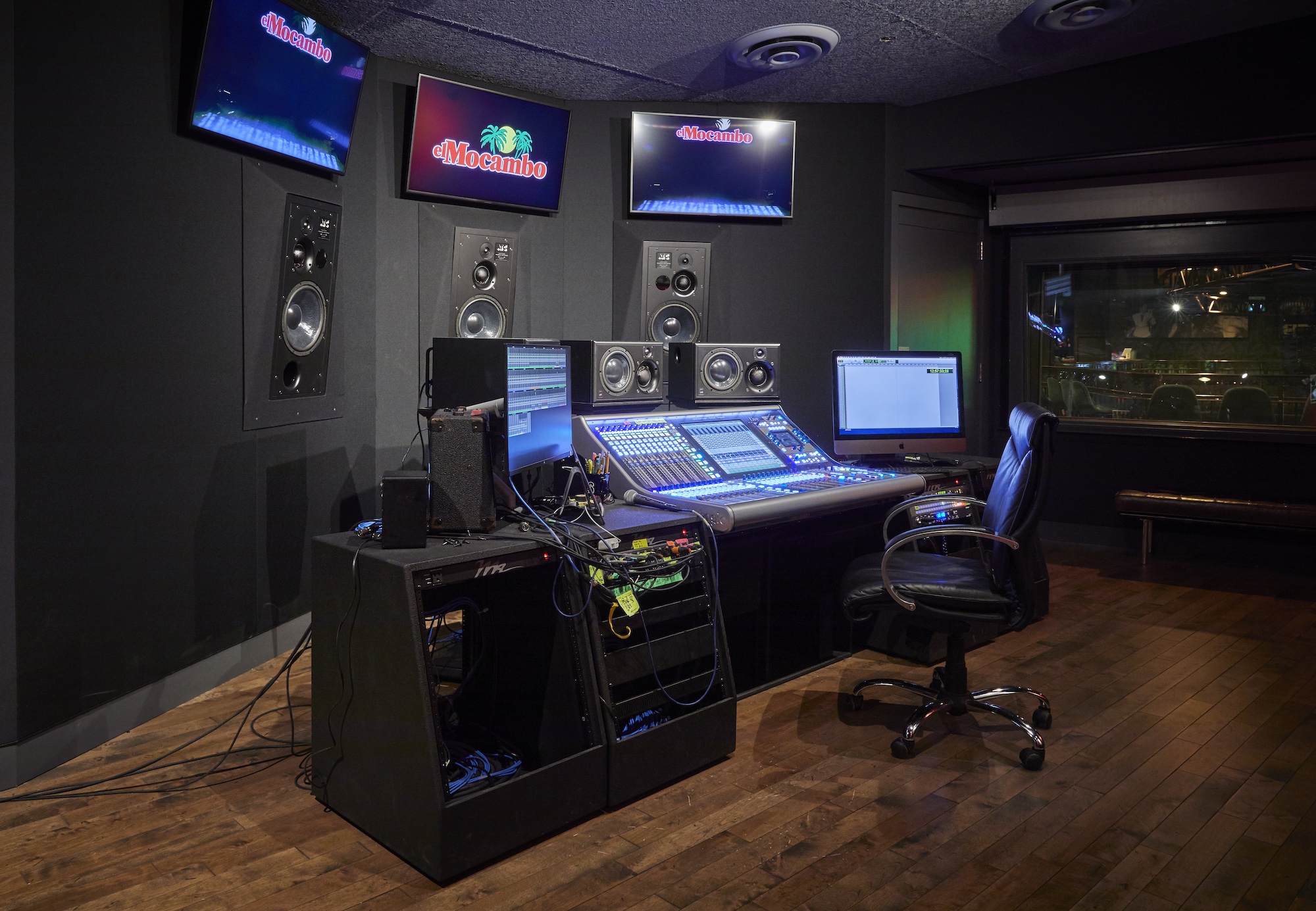 And the new green room, with a full shower, a TV that feeds into the stage and elevator access so performers don’t have to haul equipment up several flights of stairs: 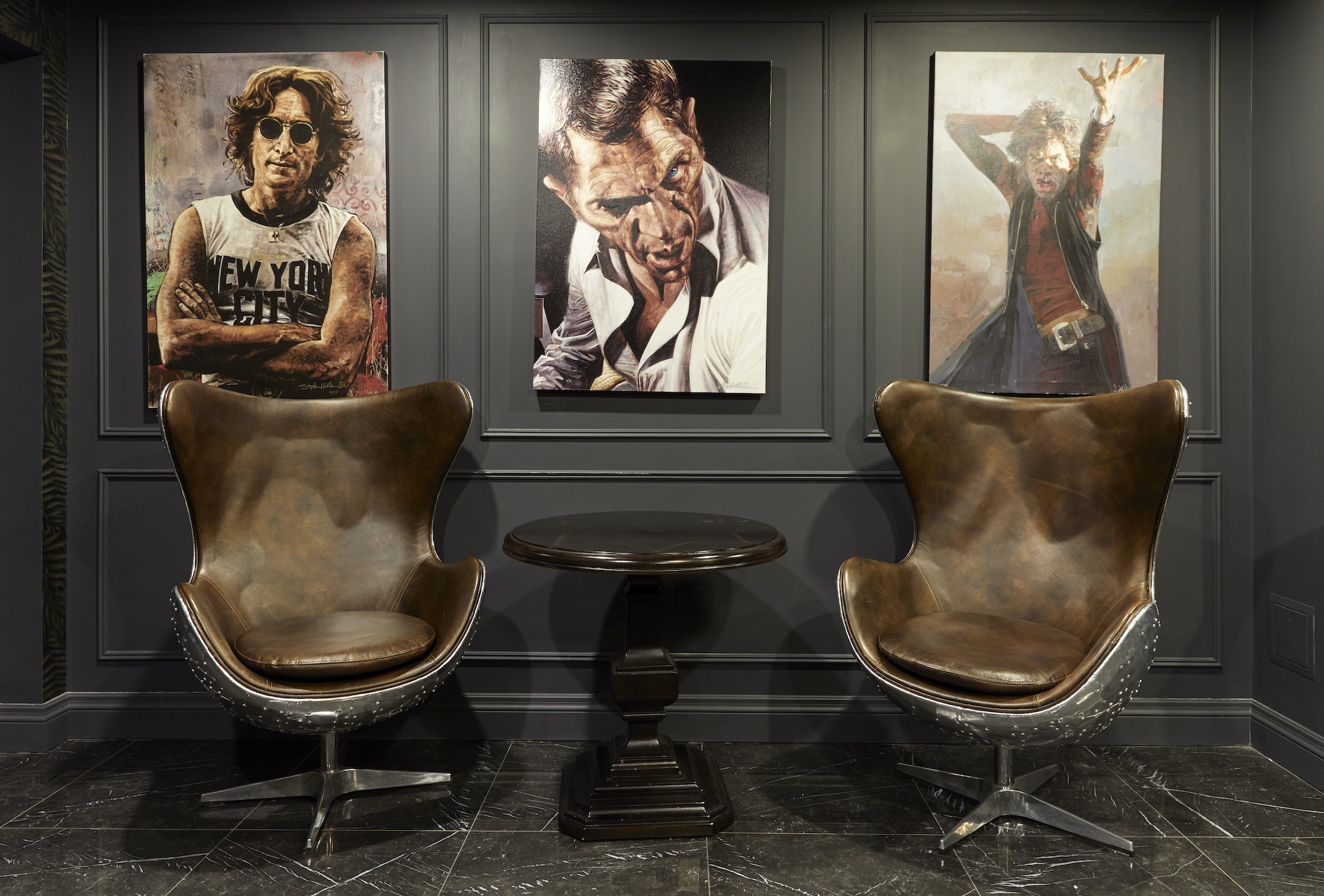 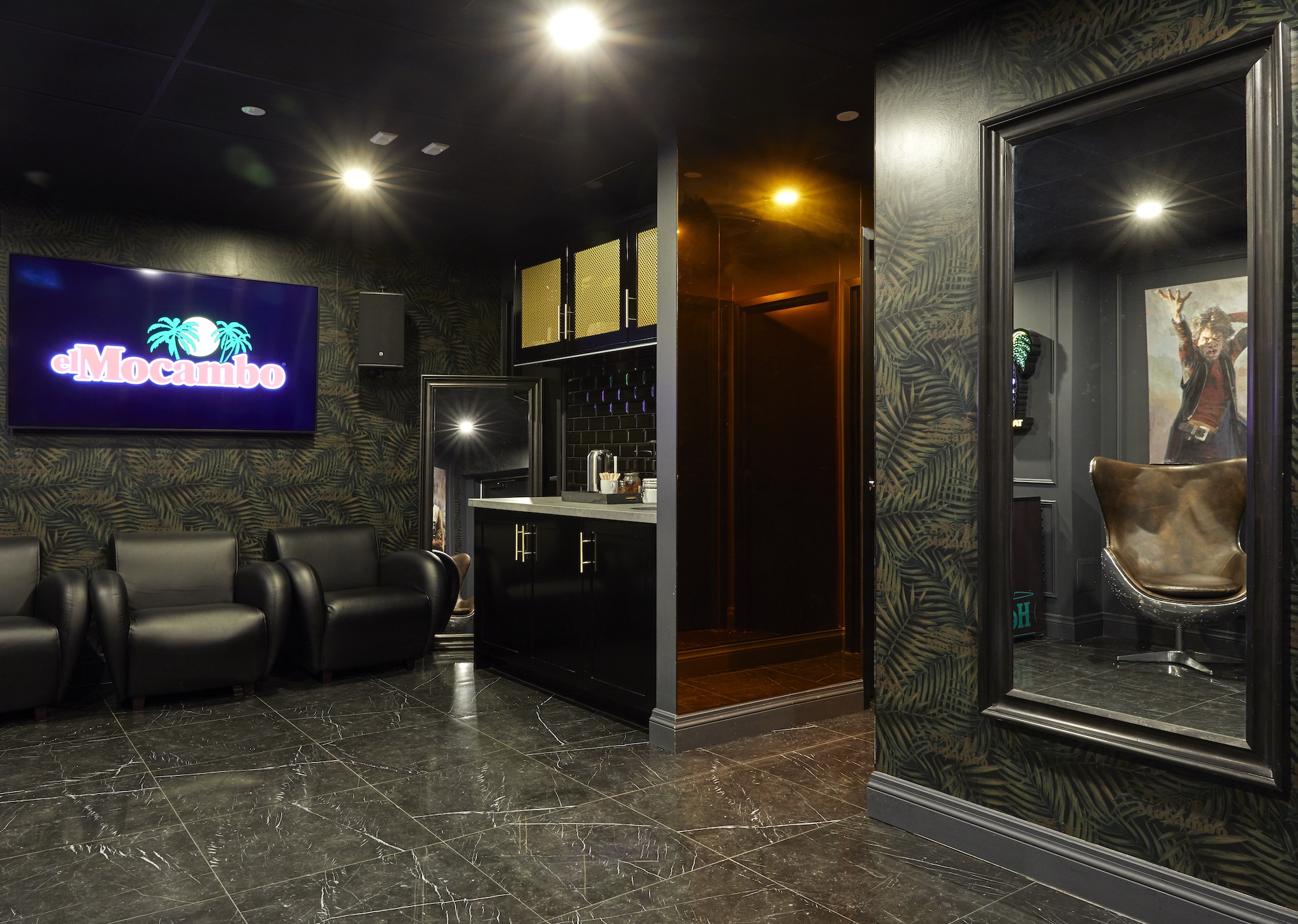