It’s easy to toast every movie that comes through the Toronto International Film Festival, but it’s more fun (and, let’s face it, more truthful) to admit that some of them just aren’t worth the ticket price. Here are some films that were panned by the critics this year, despite plenty of red carpet and press hoopla.

In Ewan McGregor’s directorial debut—an adaptation of Philip Roth’s Pulitzer-winning American Pastoral—McGregor plays a father whose idyllic home life is shattered when his daughter (Dakota Fanning) takes radical steps to protest the Vietnam War. Hopes were high for the film, but critics found it mannered and full of overworked scenes.

Harshest critique: “Compressed into under two hours, this examination of family and social upheaval across the mid-century feels more like a checklist of ills than a nuanced and penetrating look at profound seismic shifts in the domestic landscape.” —Todd McCarthy, The Hollywood Reporter

It’s painful to admit that alt-comedy powerhouse Christopher Guest’s latest film fell short, and even harder to accept that an ensemble reuniting Jennifer Coolidge and Parker Posey wouldn’t immediately make any project a runaway success. But the mockumentary about a national championship for sports mascots comes off as tired and predictable.

Harshest critique: “Mascots’ biggest issue is the third act, in which Guest just sits back for a long time and just observes the mascot competition…But people dancing in costume for minutes on end isn’t nearly as surprising and rewarding as the usual sharp one-upsmanship banter of Guest’s films.” —Tasha Robinson, The Verge

Re(Assignment)’s main misstep is in its ham-fisted treatment of gender and sexual politics. The movie’s plot revolves around a male hitman, played by Michelle Rodriguez in drag, who gets involuntary sex reassignment surgery after murdering the brother of a deranged doctor. The entire story rests on the uneasy premise that the worst punishment a female surgeon can give a male criminal is a sex change. It could have worked in a more thoughtful movie, but Toronto audiences found it off-putting as the basis of a thriller.

Harshest critique: “…it may be 2016’s biggest what-were-they-thinking fiasco, and when it comes to trans issues, this throwback movie is about as woke as a coma.” —Kyle Buchanan, Vulture

Brain on Fire is the true story of Susannah Cahalan, a New York Post journalist with a rare autoimmune disease who was repeatedly misdiagnosed. Medicine-vs-malaise narratives usually get audiences rooting for the main character, but, in this case, cloying visuals, a patchy script and a noncommittal appraisal of standard medical practice get in the way.

Harshest critique: “Brain on Fire could also serve as an SNL parody. It contains, just to give the most obvious example, a lengthy slow-motion scene of a pretty blonde woman being chased down a hospital hallway by orderlies.” —Stephen Marche, Esquire

Bryan Cranston plays a crotchety but affluent corporate lawyer who decides to retreat from his family and observe them through a hole in the garage wall. The plot is unique, and critics found Jennifer Garner’s performance to be excellent, but viewers were distracted by Cranston’s character, whose one-dimensional personality and unconscionable actions mire the film in strangeness.

Harshest critique: “Wakefield is a mostly one-man show, save for a severely misjudged last-minute introduction of two children with learning difficulties who come into his life to turn it around (don’t ask). The redemptive last act is painfully forced and wholly unwarranted.” —Nigel M. Smith, the Guardian 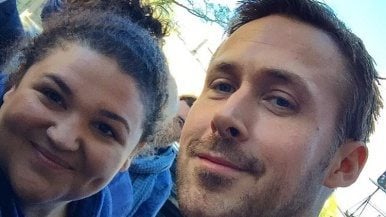