It’s been 10 years since Rob Ford rode his gravy train all the way into the mayor’s office. From the start, his reign was mired in scandals and stupors, but things reached international-talk-show-punchline levels with rumours of a video that showed him smoking crack. This regrettable slice of city lore is the basis of Run This Town, a new movie out Friday starring Damian Lewis (Homeland) as Ford, and co-starring Nina Dobrev and Mena Massoud. The drama centres around the hunt for the elusive video, and for those of us who lived through Crackgate, the story will feel familiar…sort of. Real-life events are the inspiration, but like a certain erstwhile mayor, writer and director Ricky Tollman has taken more than a few liberties with the truth. Here’s our (very spoilery) analysis of truths and post-truths in the film. 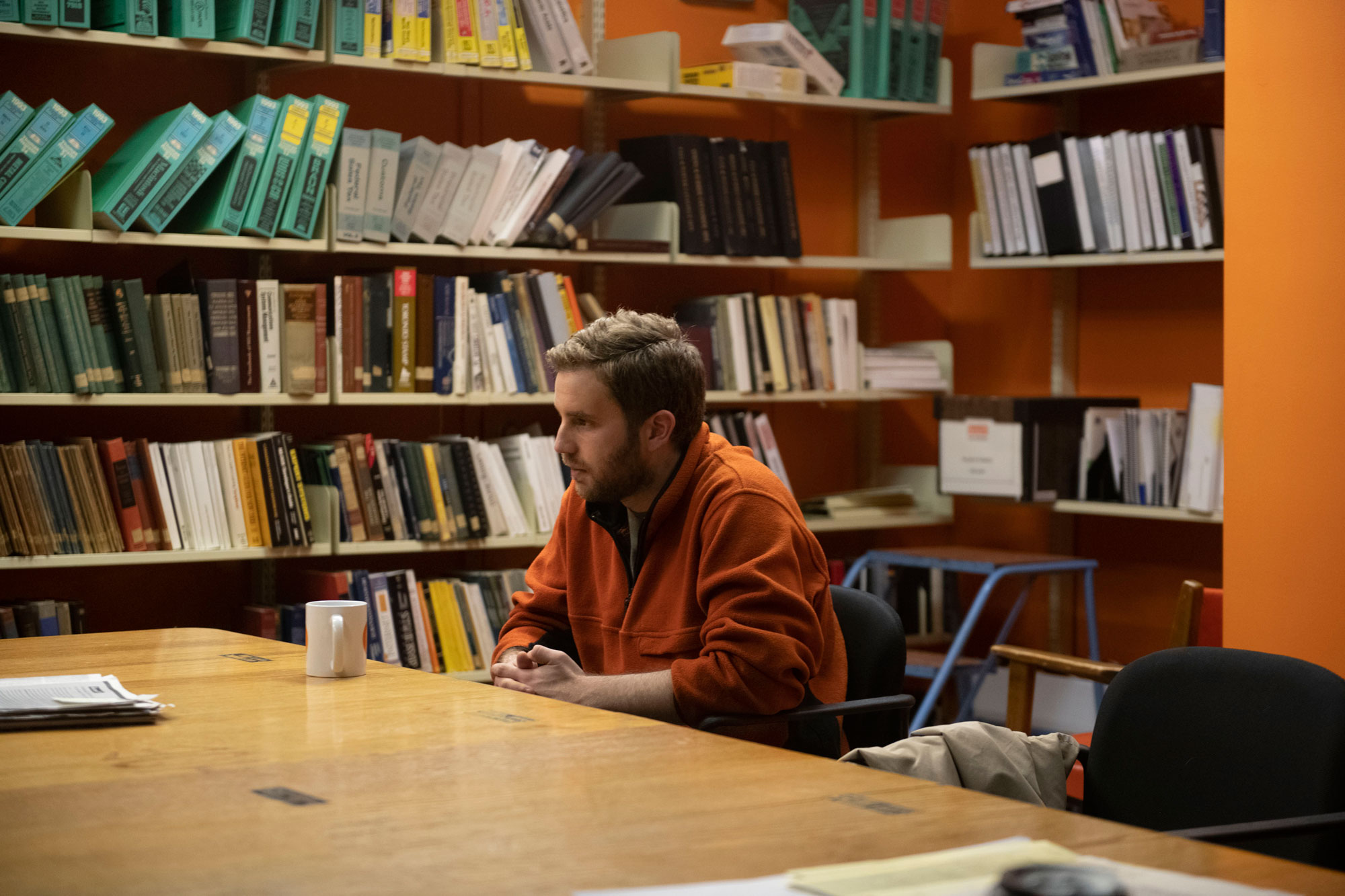 Real life: The most significant deviation from actual events is the movie’s gender-swapped protagonist. In March 2013, Toronto Star reporter Robyn Doolittle received an anonymous call from a source with access to the crack-smoking Ford video. She viewed the footage in an Etobicoke parking lot a month later.

Run This Town: In the movie, the hungry young reporter chasing the crack video is 20-something journalism grad Bram Shriver (Ben Platt). Doolittle tweeted about the surprising gender swap when the movie was first announced: “I’m glad they’re rewriting the fact that it was a female reporter who investigated Rob Ford. Why have a woman be a lead character when a man could do it? Ammaright?” In response, Tollman said that his movie tells a different story: one that uses the Ford crack scandal to explore millennial entitlement and male privilege. It was, per Tollman, inspired by his own brother’s post–journalism school experience.

Real life: The Star was the paper at the centre of the Crackgate scandal, though the video was ultimately scooped by Gawker, which published a written account of the video in May 2013.

Run This Town: Bram works at a fictional paper called the Record, reporting to an extremely cranky mid-level editor named David (Scott Speedman). In the film, the Star and the Globe also exist. When the story finally comes out, it’s on an unnamed website—a stand-in for Gawker. It’s unclear what purpose the Record serves as a plot device, since Bram could have just as easily worked at one of the real papers. Maybe because it’s because most real newsroom editors don’t look like Scott Speedman. 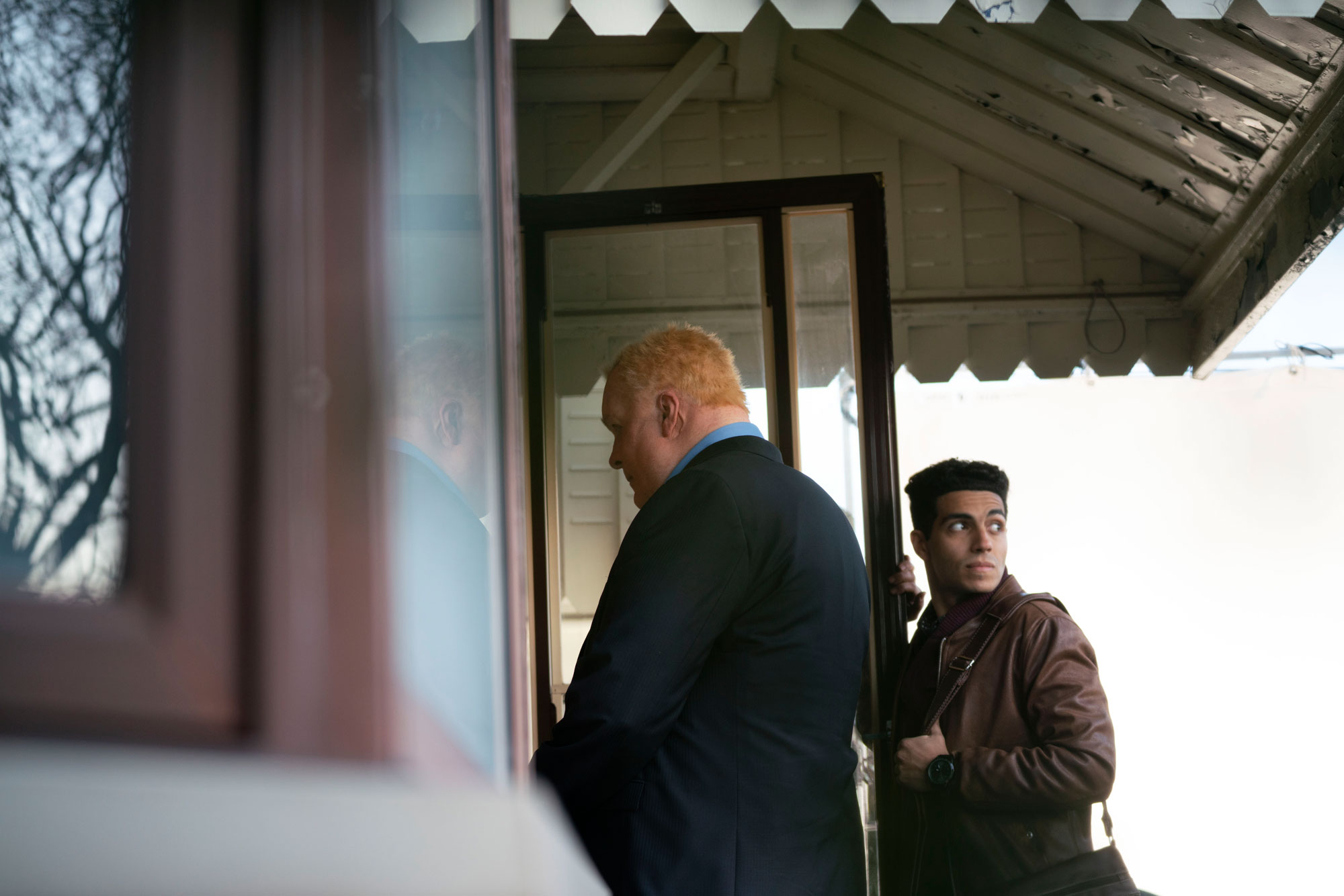 Real life: Ford was famously scruffy and unkempt—it was part of his Average Joe persona, but also down to his penchant for after-hours (and during-hours) debauchery. And while he grew up posh in Etobicoke, his accent was curiously blue-collar Ontario.

Run This Town: Hunky Brit Damian Lewis is totally unrecognizable in a fat suit and extensive prosthetics. The result captures Ford’s signature dishevelment. Playing the mayor in party-mode is where Lewis does his best work. A scene where he hosts an after-party at his office will probably feel familiar to anyone who worked at City Hall during the Ford administration. As for the accent, Lewis worked with a voice coach to pull off a convincing hoser-lite, but at times it sounds more East Coast than outskirts of Toronto. 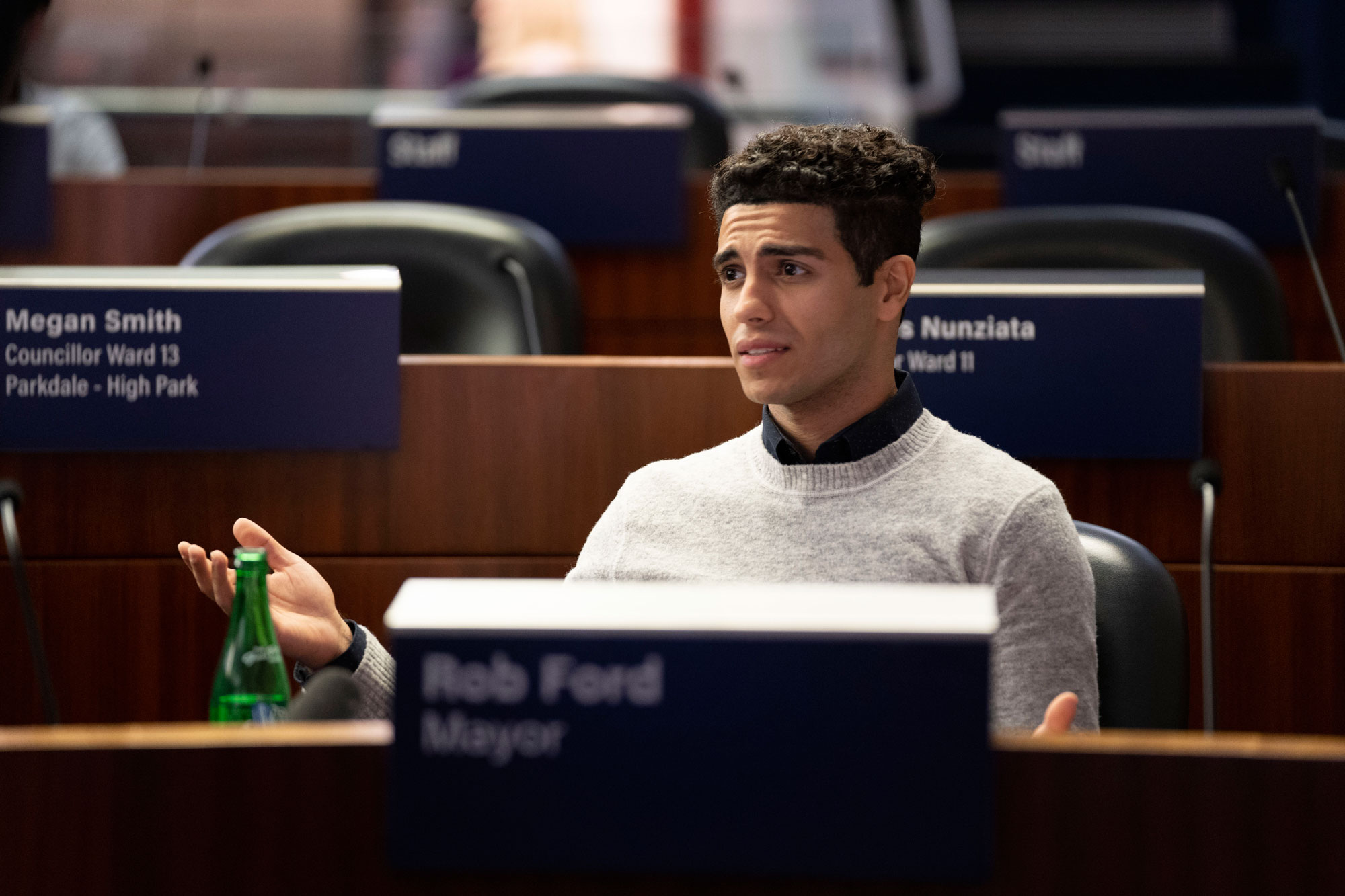 Real life: The mayor lost a lot of staffers during his tenure. By the time Crackgate rolled around, his team consisted mostly of inexperienced juniors, charged with covering for his bad behaviour and coaching his beloved high school football team. Following the crack-smoking revelations, staffer Chris Fickel resigned and later told police about watching the mayor chug vodka out of the bottle.

Run This Town: A fictional character named Kamal Arafa (played by Aladdin star Mena Massoud) stands in for a few Ford special assistants, including Fickel, also sharing the vodka-chugging tidbit. In another memorable scene, Arafa explains their strategy for deflection—blame the media and depict the mayor as an enemy of the elites. 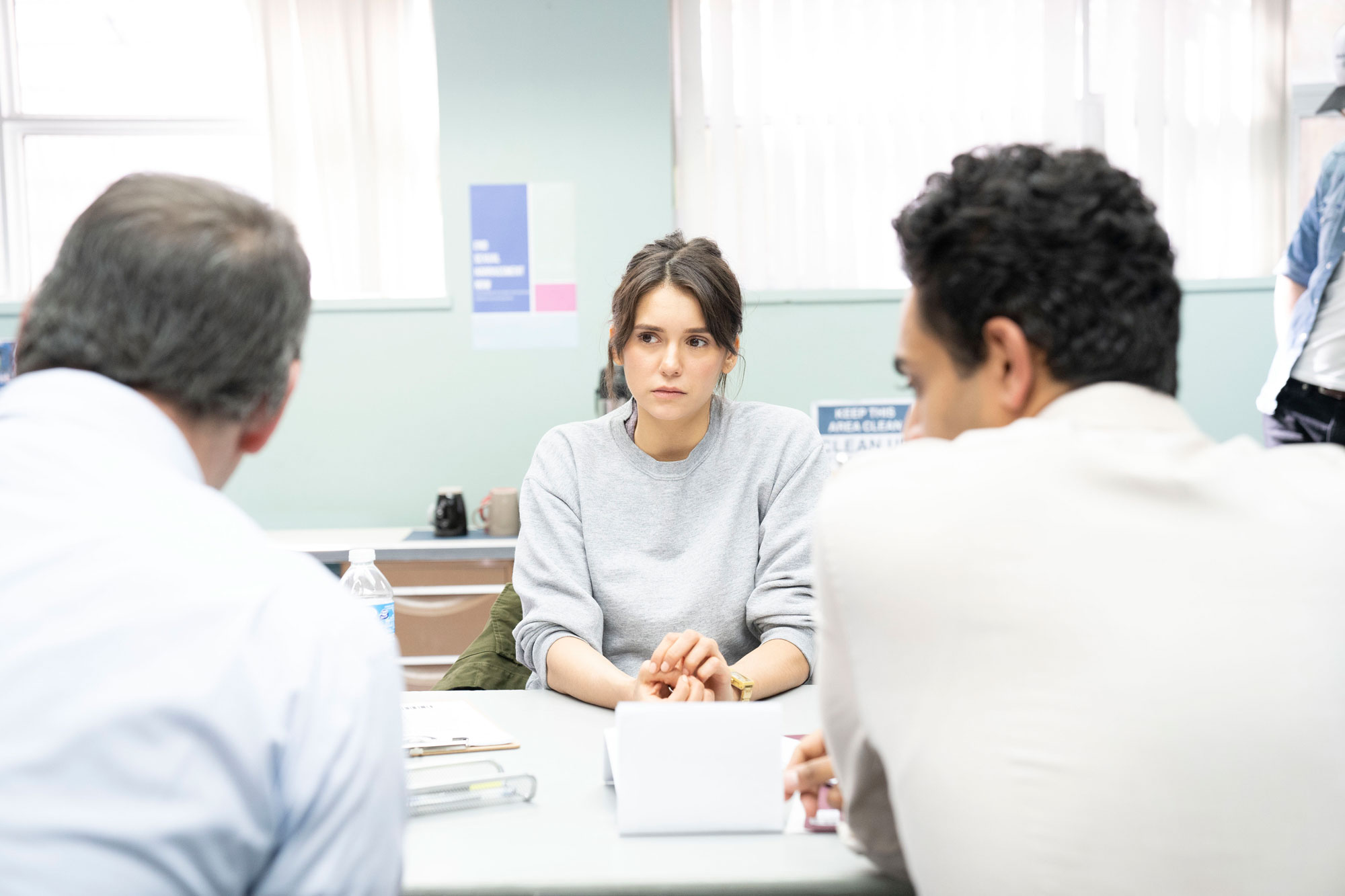 Real life: Back in 2012, Ford was accused of groping former mayoral candidate Sarah Thomson, who says he grabbed her butt and made crude comments to her at an event honouring International Women’s Day. He was also accused of sexually harassing a staffer, Olivia Gondek, and making crude references to oral sex.

Run This Town: One scene shows Ford in full stupor mode, back at his office after a night on the town, harassing and groping his fictional communications director, Ashley Pollock (Nina Dobrev). Pollock ultimately goes to the police and the press to report her boss’s behaviour, which Ford denies with his infamous (and real) “I have plenty to eat at home” comment. 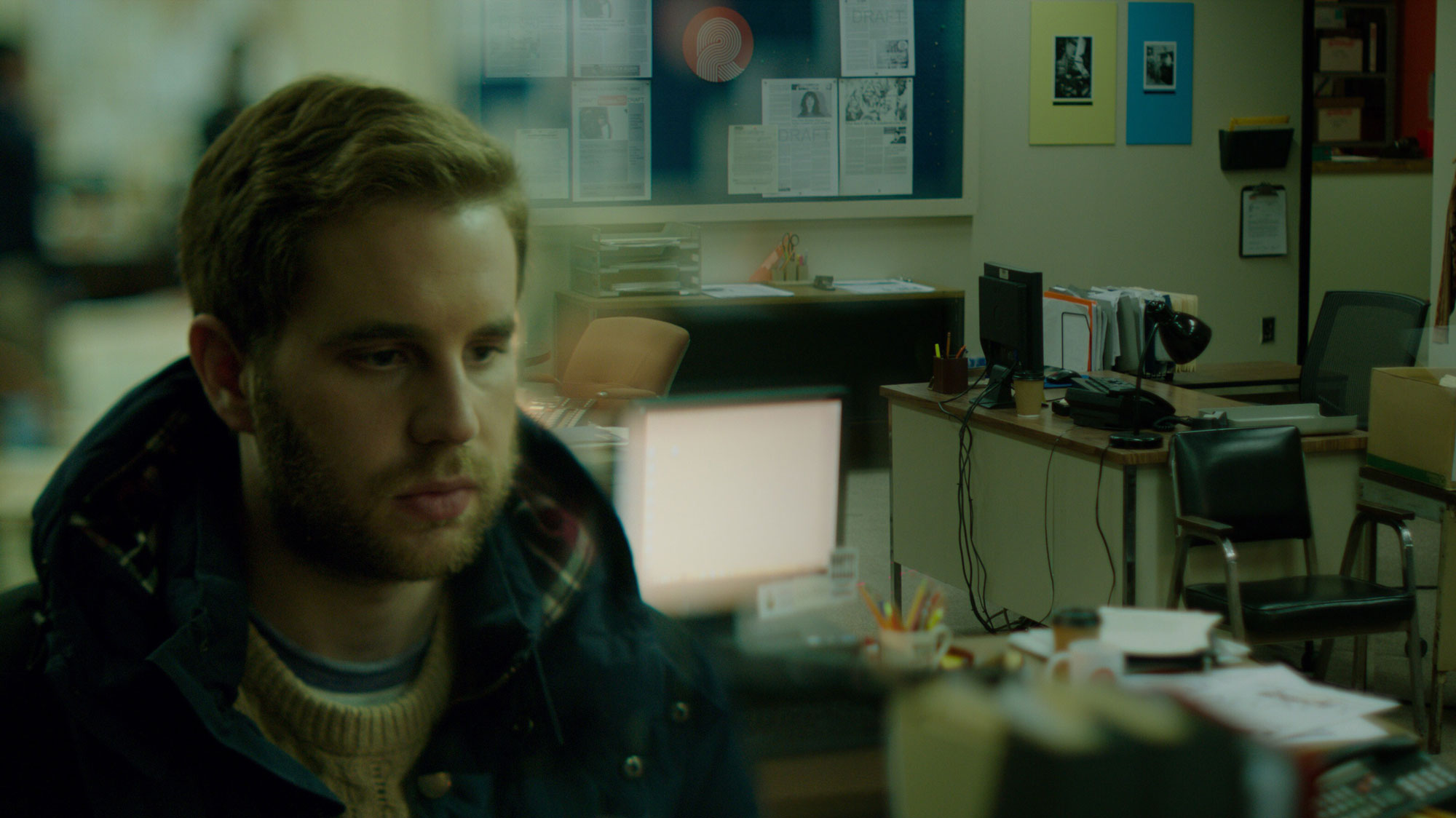 Real life: In May 2013, the Star published Doolittle’s account of the video. In the following months, Doolittle continued to write dozens of investigative pieces on the mayor (and ultimately published book about her experience).

Run This Town: “Go buy us some clicks,” an editor tells Bram, who meets with the anonymous video seller in an underground parking lot and hands over an envelope of cash. This transaction (which never happened to Doolittle) precipitates Bram’s downfall when the video file turns out to be a fake. He gets scooped and reamed out before he delivers a monologue about his entitlement and privilege. Which brings us to a second key difference between Bram and Robyn Doolittle: while she made her name in investigative reporting, Bram’s poor judgment lands him a pink slip.