In early 2017, photographer Quinton Cruickshanks received an Instagram message from Toronto drag performer Sapphire Titha Reign. She was looking for a someone to recreate an iconic Archie photograph, with Veronica Lodge and Betty Cooper sitting on either side of their Archiekins with a single malt milkshake at Pop’s Chock’lit Shoppe. The only catch: Reign wanted to play all three characters.

In the main room of his two bedroom apartment, Cruickshanks photographed Reign dressed as a red-headed, freckle-faced Archie, a blonde Betty and dark-haired Veronica. He photoshopped each one so it looked like they were sitting together at a table, then added the cherry-topped vanilla milkshake. “It was probably the most elaborate photo I’ve done,” Cruickshanks says.

Cruickshanks had previously considered a career in drag, but didn’t think of himself as much of a performer. After the shoot with Reign, he realized that photographing drag queens and kings could allow him to step into that world without having to strut on stage. Here, he discusses some of his favourite drag portraits: 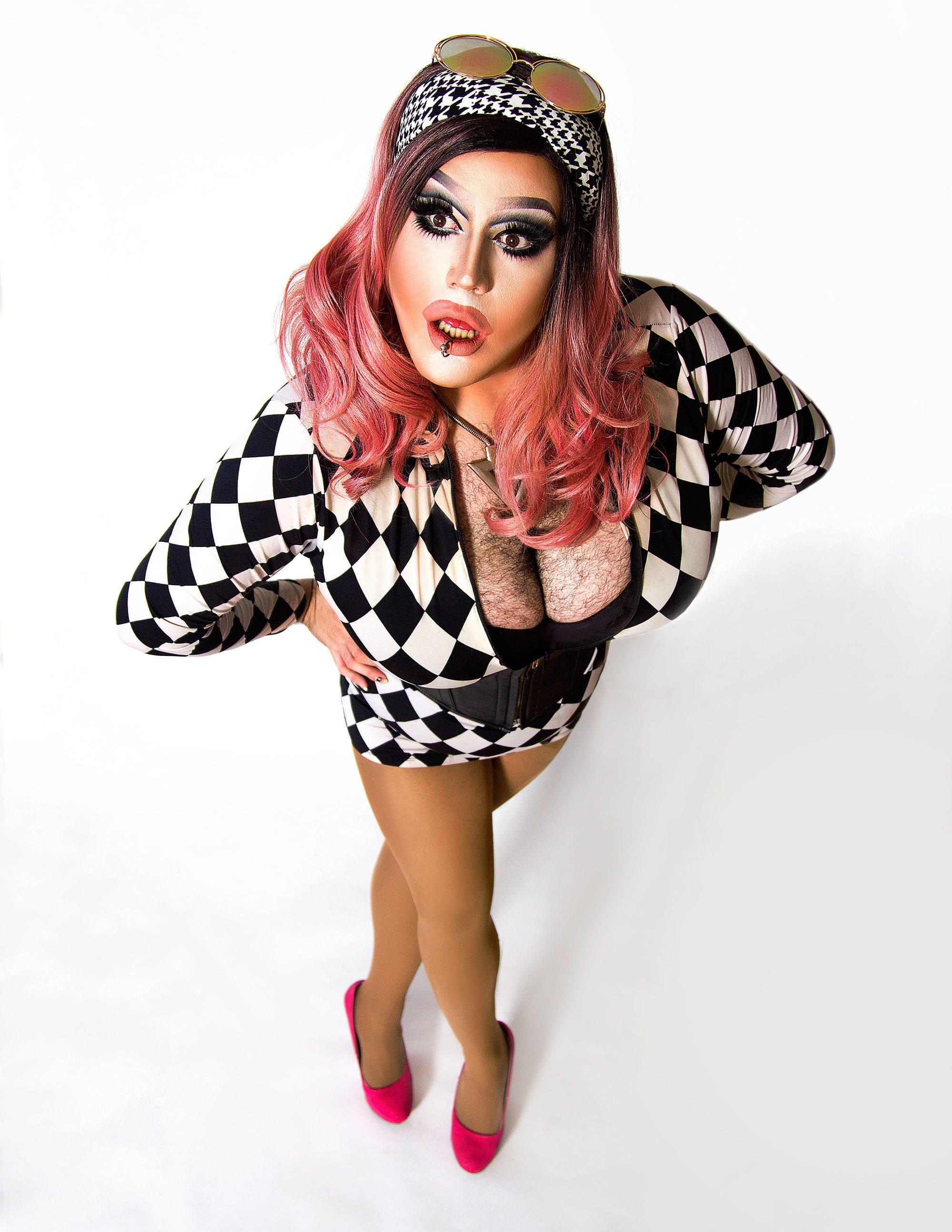 Chaynes hosts Screen Queens, the monthly movie party at the Royal Cinema that combines classic cult film screenings—Grease, The Devil Wears Prada and Jurassic Park—with a drag show. Chaynes is over six feet tall, so Cruickshanks had to stand on the very top of a ladder to capture her at this angle, using a plain white background to create a ’60s mod vibe. 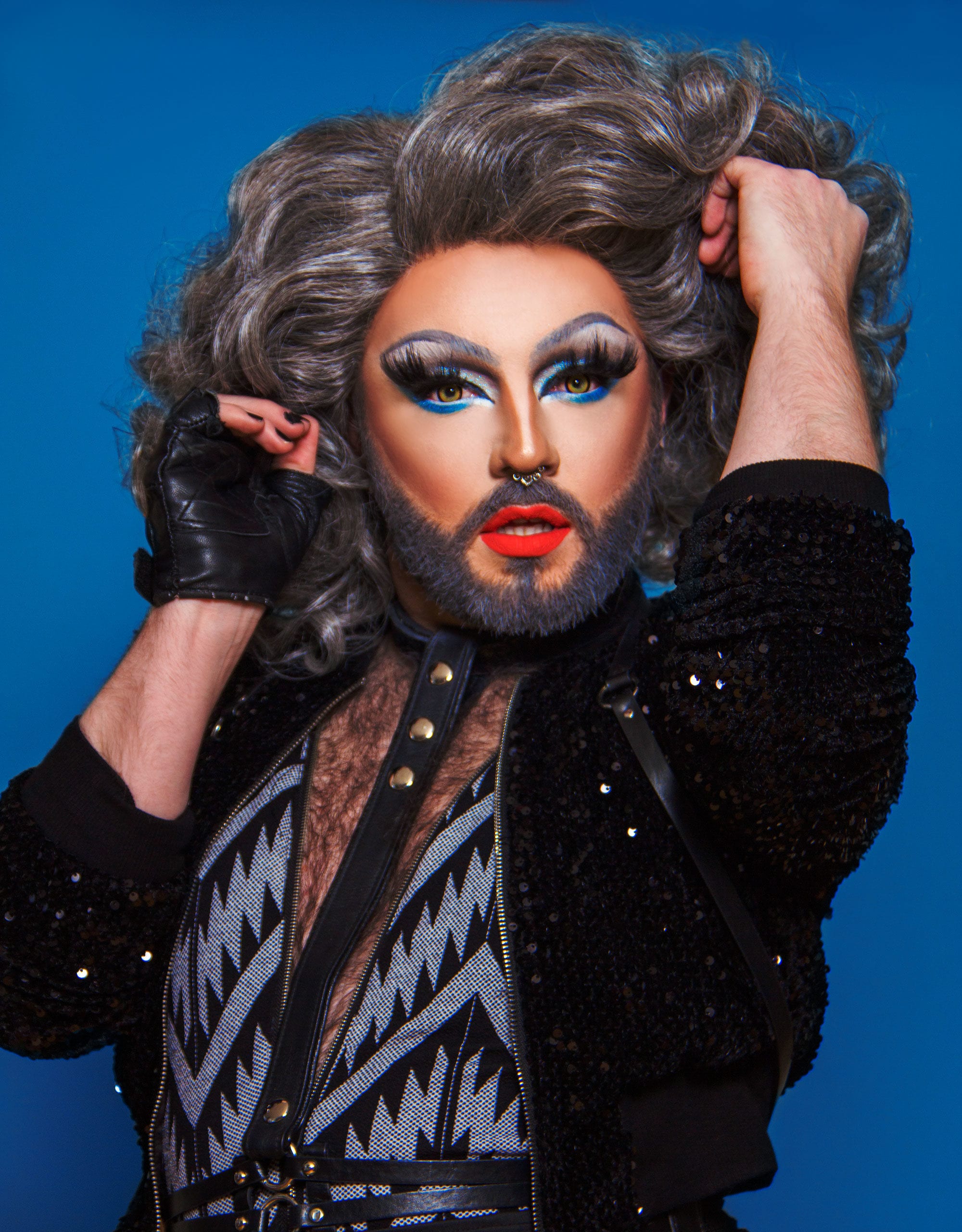 A true performer, Beardra is constantly dancing on set. “She’s a flip, split, jumping-in-the-air kind of girl, so capturing a still of her is quite difficult,” says Cruickshanks. 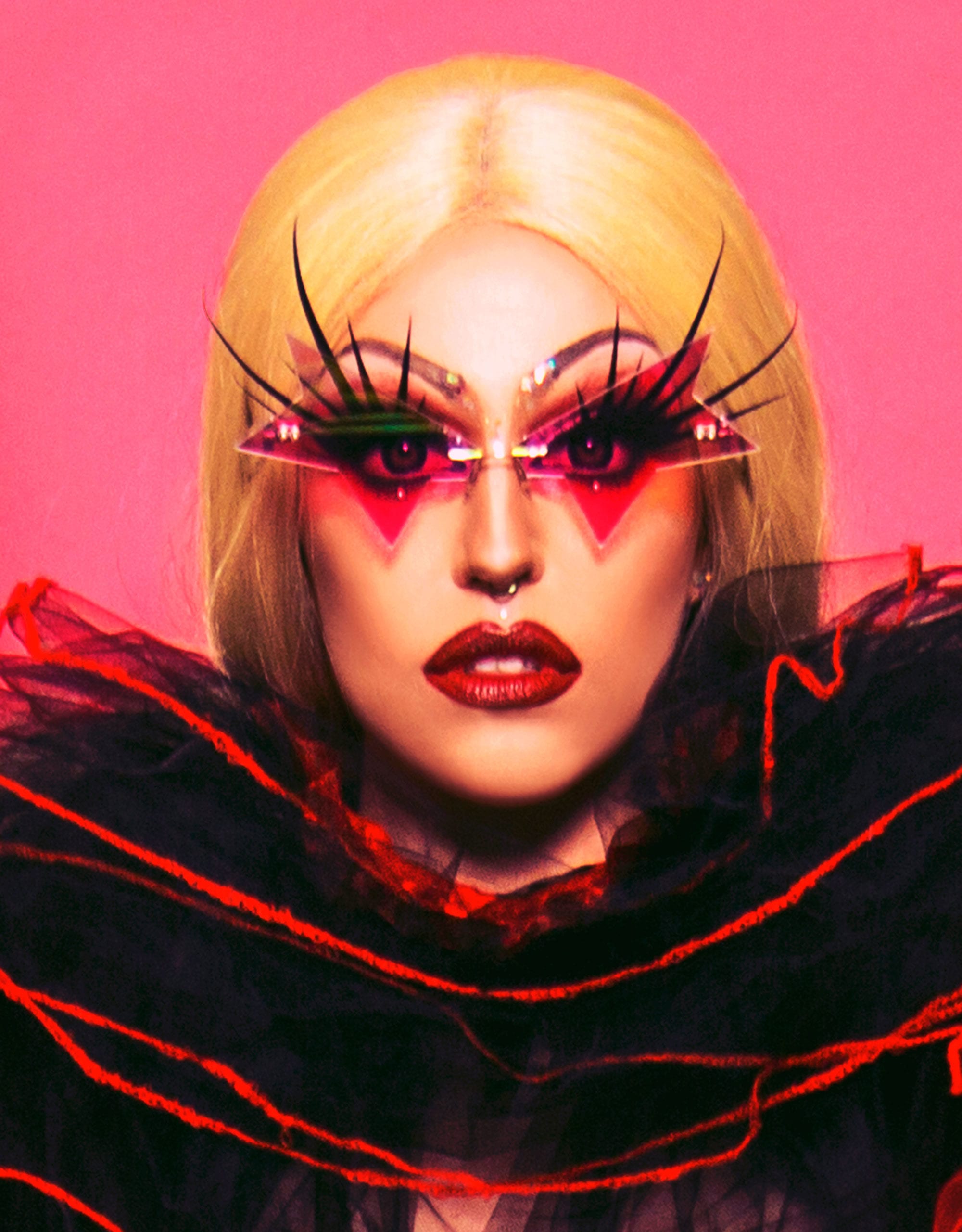 Conquers is a “bio queen,” or a cisgender woman who does drag. She started experimenting with drag after dressing up for Lady Gaga concerts. She’s inspired by Gaga’s over-the-top, eccentric style, but she says she doesn’t have a single drag persona. Courtney was the first cisgender female queen Cruickshanks shot. “It was a side of drag I wasn’t familiar with,” he says. Drag is all about challenging the gender binary, which opens it up for cis women to be both queens and kings. 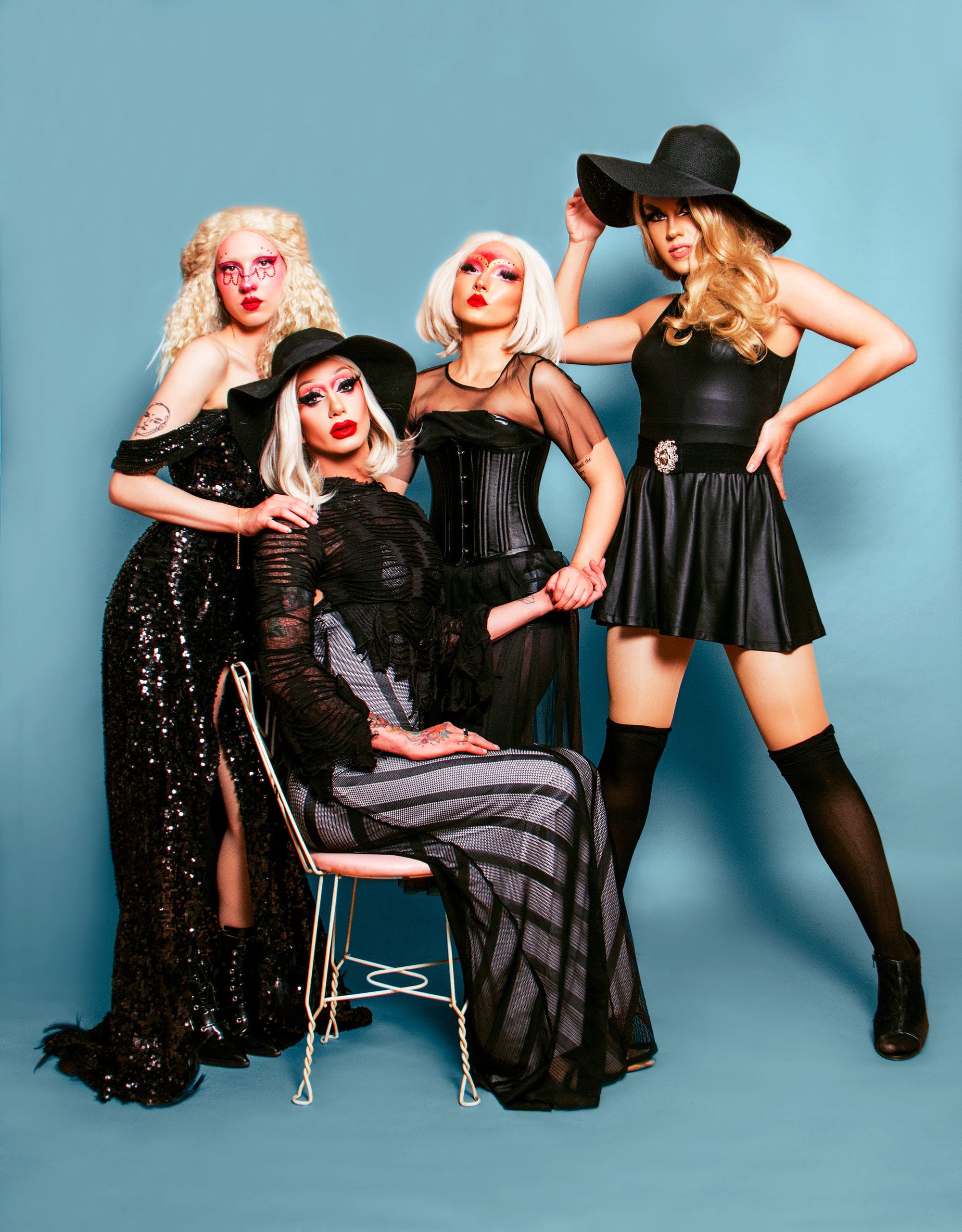 The head of this powerhouse drag family is Scarlett Bobo, one of Toronto’s most prominent drag performers, who takes younger queens under her wing. The family portrait was inspired by American Horror Story: Coven. Cruickshanks says it’s like Halloween every time he shoots Bobo—she brings at least 12 different outfits to each shoot. 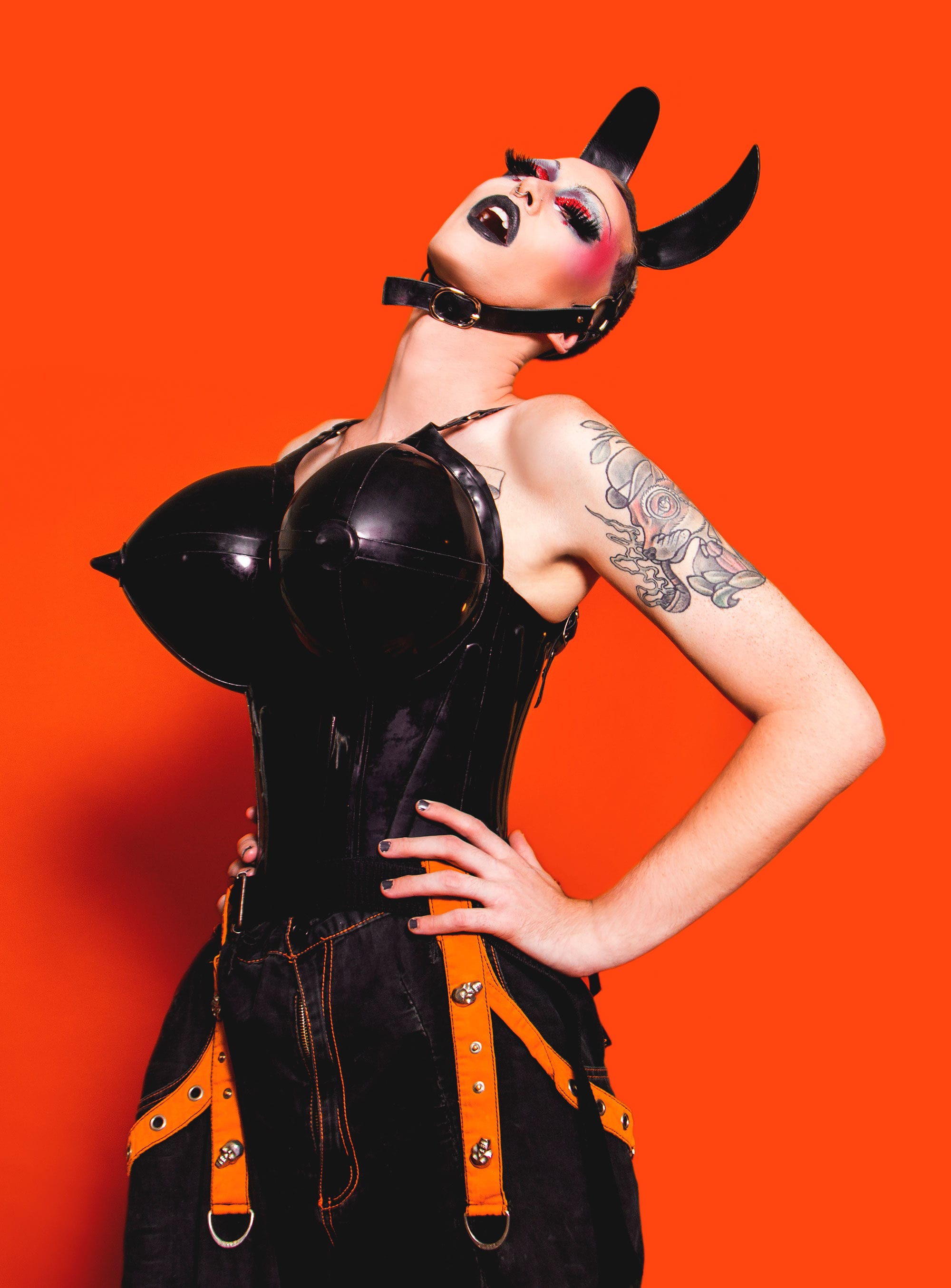 Cruickshanks describes Blakk’s dominatrix-meets-Jessica-Rabbit outfit as Madonna going to war. “I wish I had it in my wardrobe,” he says. After the shoot, Blakk didn’t bother to change—she hopped on the TTC still dressed in this latex wonder, which included 10-inch-high platform boots. 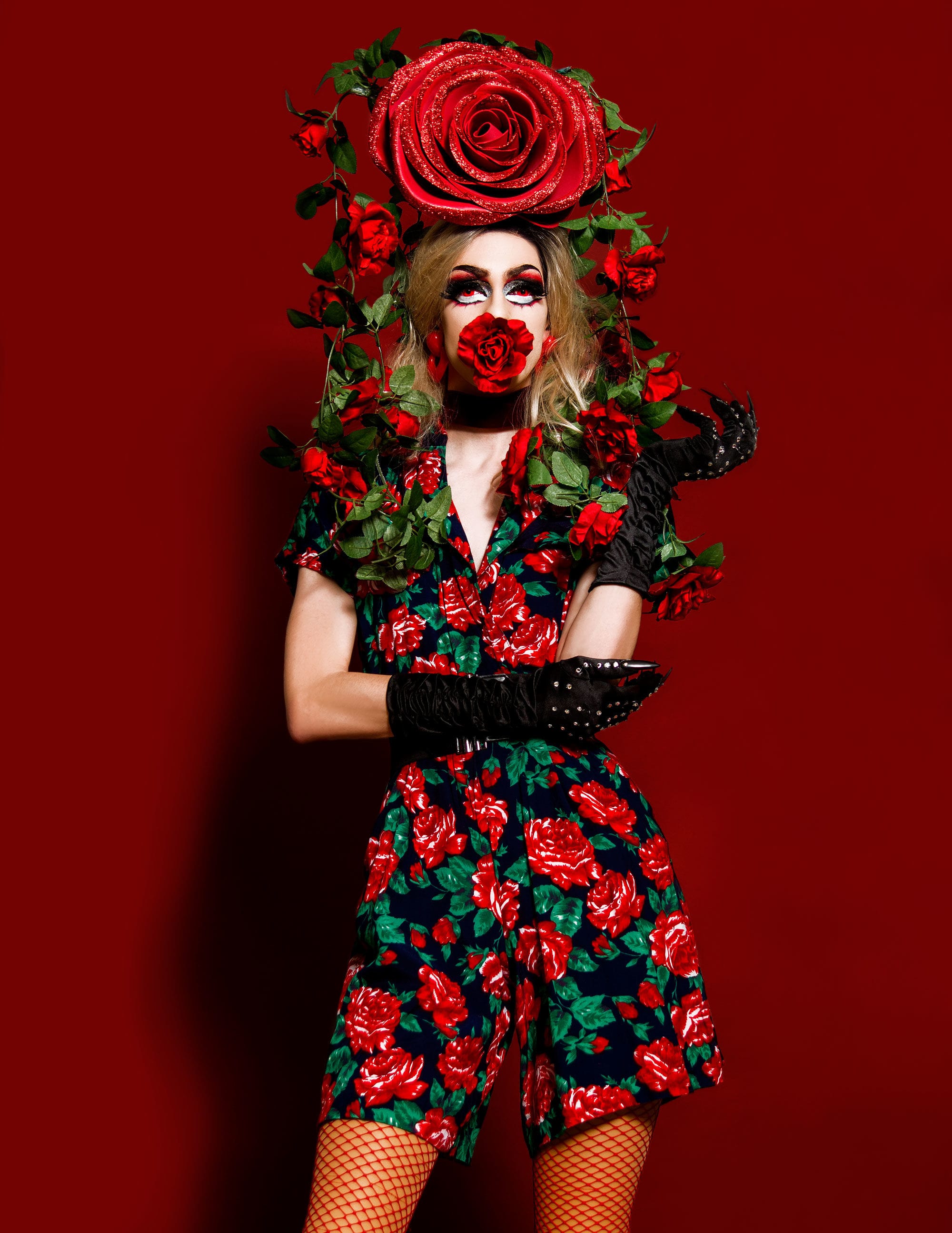 At 19, Jupiter Darling is one of the city’s youngest queens, but her drag is so refined you’d never know she’s just starting out. In his drag shoots, Cruickshanks hands over the creative reigns to the queen, giving them control of how they’re represented on film. This image, Cruickshanks says, is the epitome of Darling—equal parts creative and grungy. “She’s one of the west end queens, so she definitely has that darker, edgier vibe to her work.” 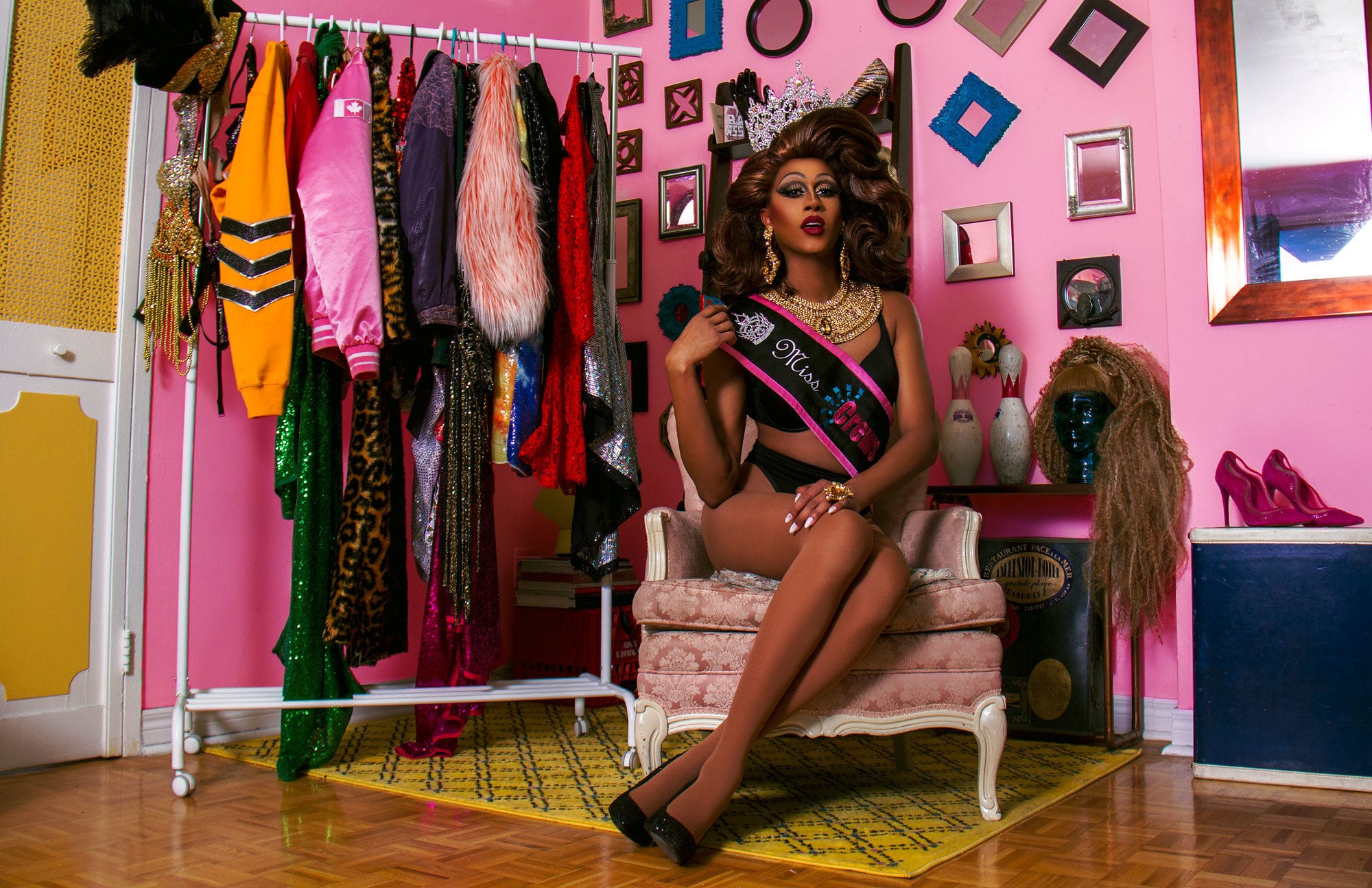 This year, Priyanka was crowned Miss Crews and Tangos and Woody’s Miss Queen of Halloween, so Cruickshanks shot her as a pageant queen. He set it up in what he calls the “mom nook” of his apartment, where parents of younger models occasionally hang out during their kids’ shoots. The wall isn’t actually pink—he adds all of his colourful backgrounds in post production. 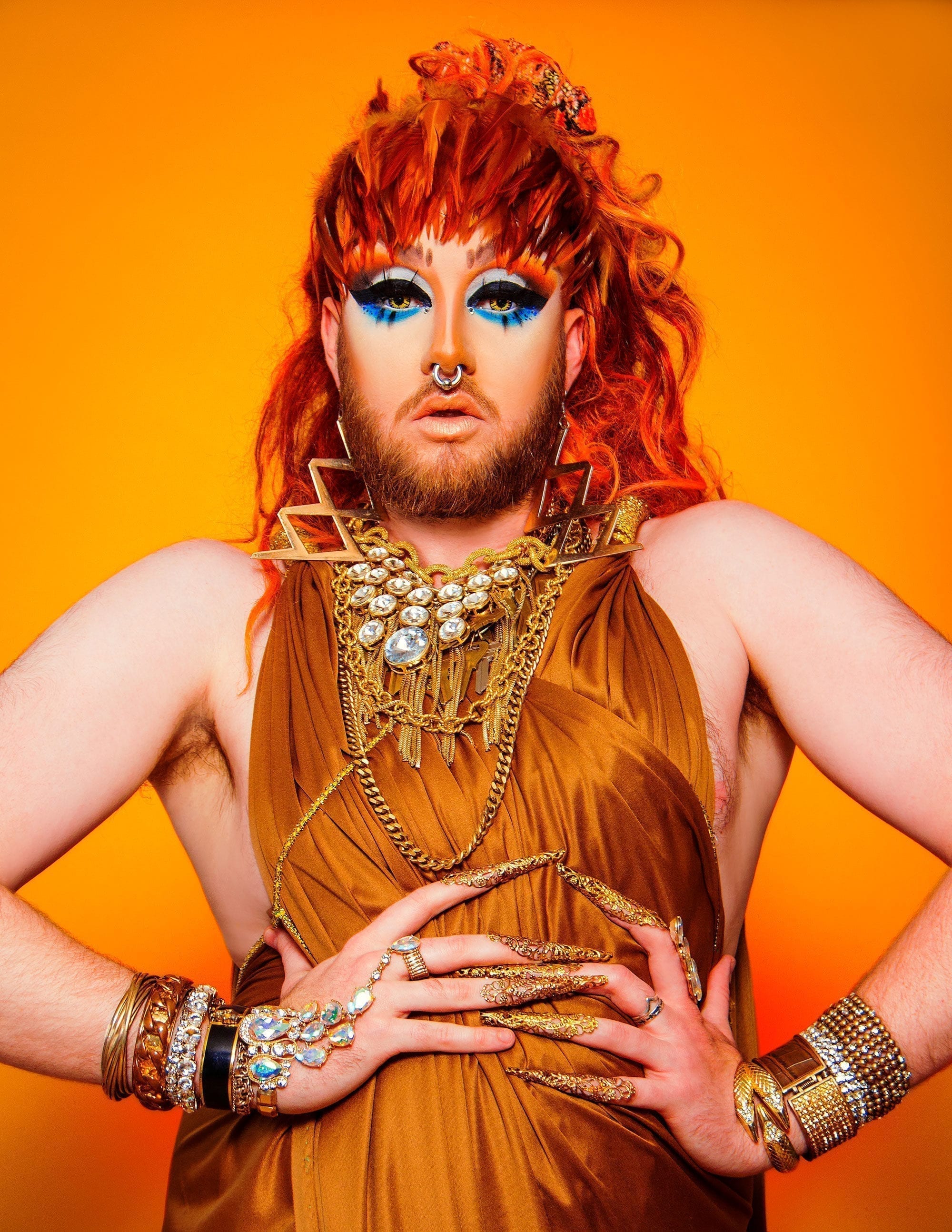 Shelix spent some time in Nova Scotia before moving to San Francisco and eventually, Toronto. Cruickshanks describes her as a “big ray of sunshine,” and wanted to capture her bright personality using subtle, sunny orange-yellow tones.