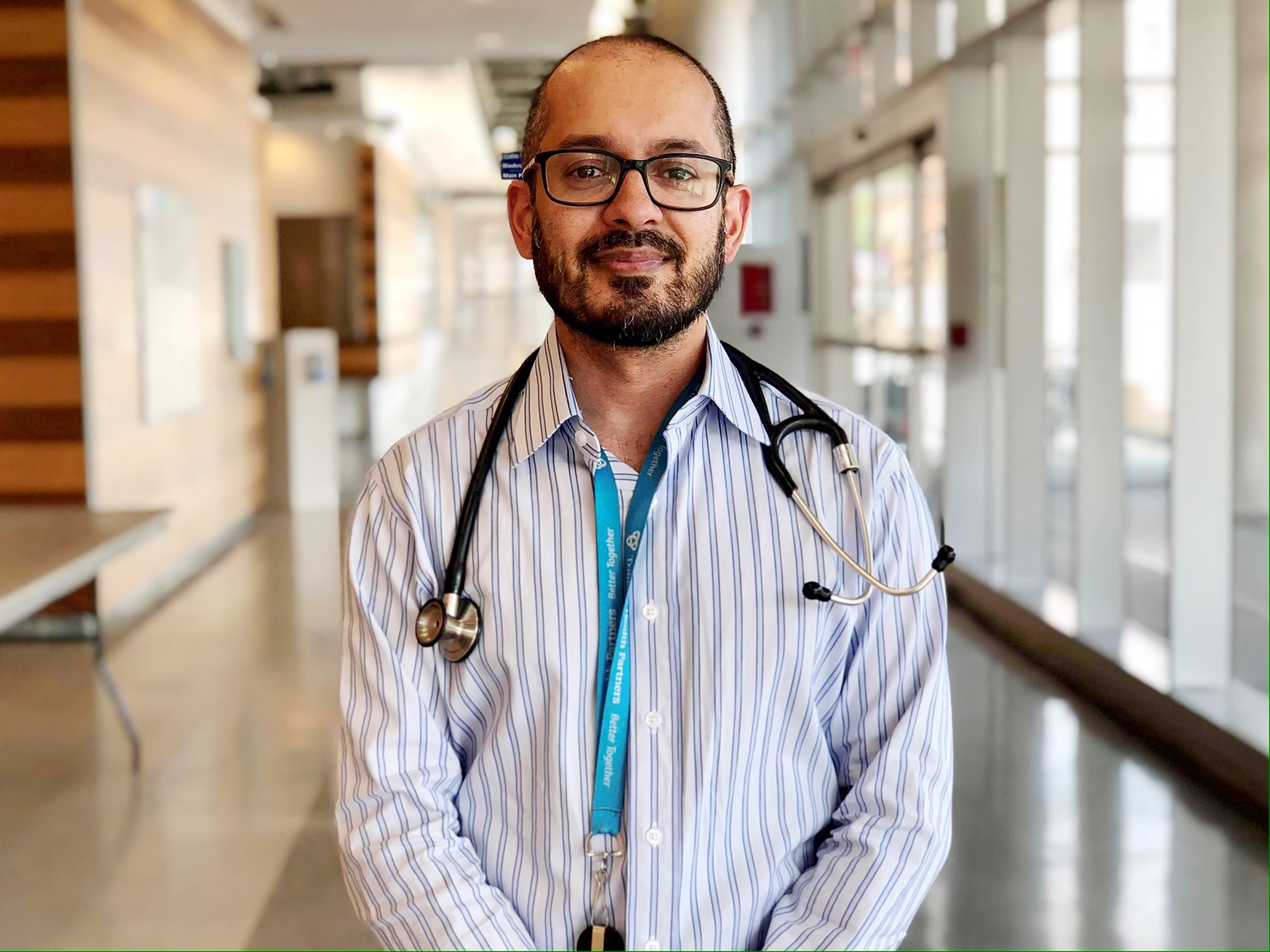 When Doug Ford closed a whole whack of outdoor facilities on Friday, Canada’s scientific and medical community responded with a collective “You’ve got to be kidding me.” Sumon Chakrabarti, an epidemiologist at Trillium Health Partners in Mississauga, is one of the experts calling out the province for their lack of data-driven decision making. “The people in our ICUs are not coming there because they spent time in parks,” he says. Here, Chakrabarti tells Toronto Life about what we do need (paid sick days and more time outside), what we learned from last summer’s Trinity Bellwoods bender, and why the current restrictions are just driving actual dangerous behaviour underground.

You’re watching Doug Ford’s announcement on Friday and you’re thinking…
Well, actually I wasn’t able to watch. For the last two weeks I’ve been working full-day shifts in the ER, the ICU and the regular ward, which are all occupied by people with Covid. Mississauga is one of the hardest-hit regions in the country, so I often end up hearing the latest news from friends and family over text. On Friday afternoon my phone was going off a lot. When I saw that the government had shut down playgrounds, my first thought was, What are they thinking? As a parent I was disappointed. As a scientist I was surprised. Playgrounds, basketball and tennis courts, golf courses—none of these places are zero risk, but we know that compared to indoor activity, that risk is just so, so small. A year into the pandemic, we can’t just expect everyone to live inside, in a bubble. We need to be presenting and promoting safer alternatives. By following an abstinence-based strategy, we are driving more dangerous behaviour underground.

What does that look like?
It means that rather than getting together at the park or on a basketball court, you’re going to have five young people from different households gathering in somebody’s basement, where the risk of transmission is so much greater.

So it’s not just playgrounds that should be open but all the outdoor activities that the province shuttered?
Yes. I was very happy to see the government reverse their positions on playgrounds so quickly. Now they need to do the same on basketball courts, tennis courts, golf courses, skate parks. If anything, we should be opening up those facilities early this year, and giving people as much access as possible.

Just so we’re clear: in your expert, medical, infectious-disease-specialist opinion, when you say outdoor transmission risk is minimal, how minimal are we talking?
I’m not going to say that nobody has contracted Covid outdoors, but we know that the risk is negligible. When you’re outside, the natural ventilation plays a huge role, so already the exposure is much smaller. If you look at all the reported clusters over the last year, they all resulted from indoor exposure or, in some very rare cases, exposure that involved both indoor and outdoor components. I can tell you that over 90 per cent of the cases coming into our hospital are from essential workplaces and their households. Just before we got on the phone I was talking to a patient with nine family members who all tested positive, all traceable to one person who works in a trucking plant. This is a situation I’m seeing 10 or 15 times a day. This is where our prevention efforts need to be focused—not on teenagers having bush parties.

And yet it’s those bush parties that seem to really capture the public consciousness. Why do you think that is?
Part of what we’re seeing is a visibility bias—the public can see people congregating outside or in a giant lineup outside of HomeSense, and that makes them mad. It also gives them someone to blame—look at all these reckless people! I get it. People are frustrated and scared, and it can be satisfying to direct their anger at a culprit. You can’t get angry at people who have no choice but to go to work! Sorry, I’m ranting.

Rant away!
I just get so angry when I see Covid framed as a moral failing. And I see the impact of this when people come into the hospital and they’re hesitant to speak because they feel like I’m going to blame them.

Speaking of blame, there was a lot of it directed at the 10,000-odd young people who gathered at Trinity Bellwoods Park last June. You say this was an important lesson.
Right. Just to be clear, I’m not saying we need to have that many people, or anywhere close, in the same place. Toronto has a lot of parks. But I do think that if we take a purely data-driven look at that gathering, we see just how negligible outdoor transmission is. Everyone was waiting to see this giant spike two weeks later and instead we saw nothing. And we didn’t see any significant transmission associated with all the outdoor protests last summer, and that was even more people. Covid doesn’t care what your politics are. If we’re going to find our way out of this, we need to focus on data.

Why would the government introduce policies that don’t reflect the best science?
I think that as much as there was outrage about the government’s announcement on Friday, there was just as much outrage from people saying, “Look at these people hanging out in parks, they’re not listening, there’s a bush party here, blah, blah, blah.” That creates a lot of political pressure and a big, visible move like closing parks offers the illusion of doing something. The government isn’t the only one guilty of this kind of behaviour—look at all these businesses doing “deep cleans” now. What does that even mean? I call it the theatre of infection control. I guess what we saw Friday was almost like park theatre: let’s close the parks so people think we’re making a big, bold move. But when the dust settles, what are they actually doing that makes a difference?

Was there anything in the announcement you found encouraging?
They seem to be looking at some of these indoor workplaces and figuring out which ones are really essential. I know you can’t just close down a factory by flicking a switch. But for example, if you have a factory where they are making sweets or making doll parts, maybe they could be temporarily shuttered. That said, if the government isn’t addressing paid sick days, we’re avoiding the problem.

Sort of like arguing about the curtains when the house is on fire?
Right. I’ve heard so many reports of people going into work sick because they are financially unstable and don’t feel that they have any other choice.

I love the idea of outdoors being a safe zone, but just to play the devil’s advocate for a second: I feel like playing basketball is a pretty spitty sporting activity, no?
Ha! I see what you’re saying, but I go back to how important it is to look at these activities in the context of risk mitigation. Spittle notwithstanding, there is no comparison between five 20-somethings playing basketball and them drinking in a basement.

Councillor Josh Matlow has recently called on Toronto City Council to allow drinking in parks. What do you think?
I think it’s a good idea. Again, it’s about pushing people outdoors to prevent transmission. I know, I know—people are scared everyone is going to get hammered and throw keggers in Trinity Bellwoods, but again, better to have people doing whatever they’re going to do outside.