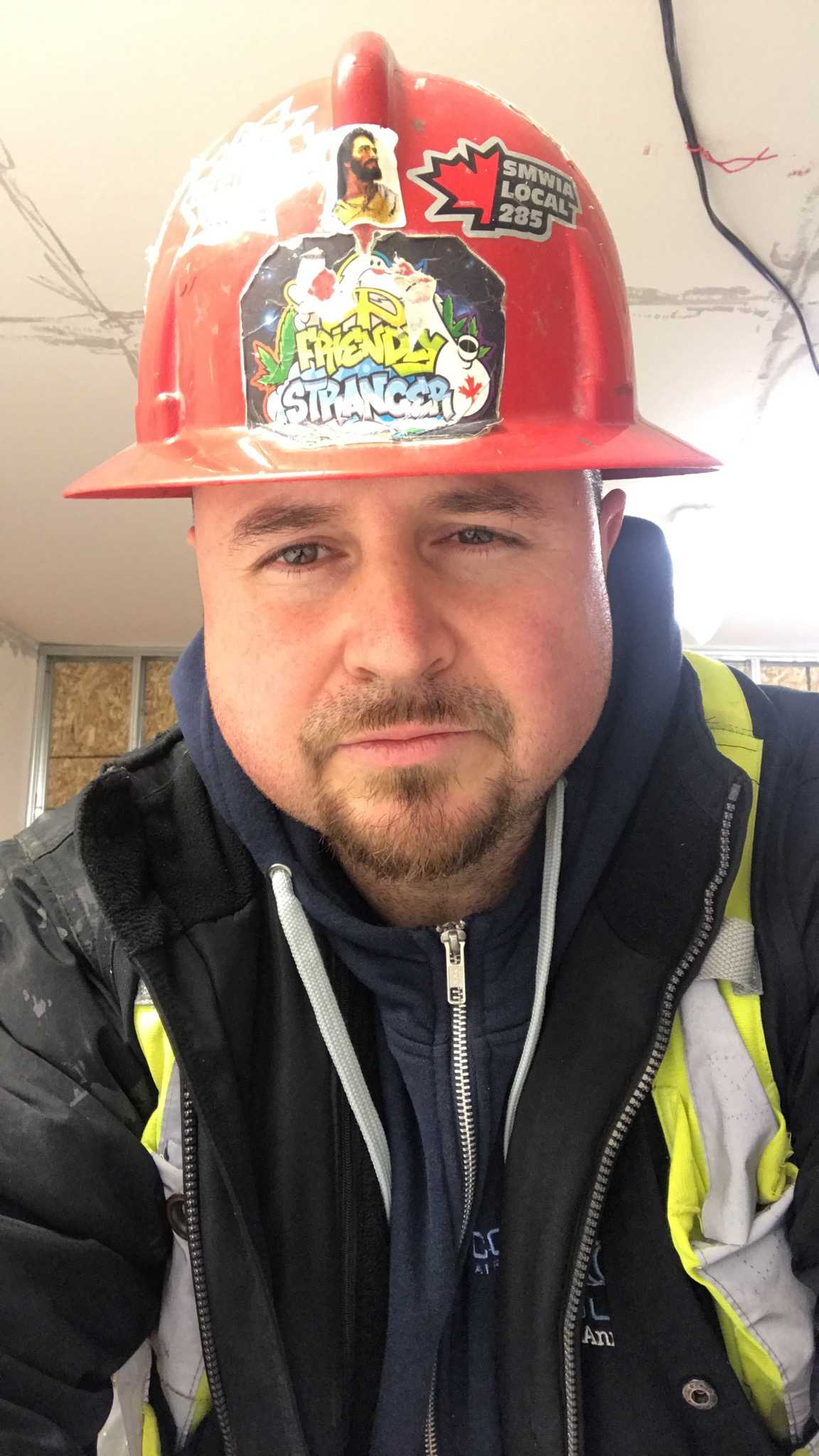 Christopher Morgan, a 36-year-old sheet-metal worker, is currently employed on a construction site building high-rise condos in Liberty Village. Three weeks ago, he started an online petition asking the Ford government to shutter all construction sites, which are usually packed with people. The petition has since received more than 50,000 signatures. Last week, Doug Ford announced that he was shutting down all non-essential construction sites. The definition of “essential” is broad, though, and any commercial or residential projects that already have a permit will continue. Morgan spoke to Toronto Life about how the government isn’t doing enough, where he’s washing his hands, and why tradespeople are continuing to work in unsafe conditions.

You started a petition calling for all construction sites to be shut down, but the response from government and industry has been slow. What do you want to see happen?
Most of the job sites in Toronto are big, 200 or 300 people. Just down the road from Liberty Village there’s a site where they’re still building out of the pit. There’s no way they could have proper washrooms or sanitation. Those workers don’t even have a place to eat their lunch. If it was up to me, I’d say anything relevant to health care should stay open—hospital projects, walk-in clinics. But I don’t think a condo or office building is essential right now. If you closed down non-essential sites, you could have more construction workers on the health care projects and get them done faster.

What did you think of Premier Ford’s announcement last week, to shut down non-essential sites?
It’s putting a Band-Aid on a shotgun wound. Everything is the same except they’re not starting any new projects.

The construction industry is taking different approaches to dealing with the crisis: some employers have shut down their sites, some have continued as normal. What do you think of the response so far?
I’ve heard of things at all ends of the spectrum. On some sites, they’re going crazy with preventative measures. There’s hand sanitizer everywhere and they’re policing people to make sure no one’s too close to anyone else. Others are the same as ever, with no running water. The washrooms are always dirty, guys stand on the toilet seat in their work boots, caking the seat with dirt. I’m sure a lot of guys who are responsible for cleaning the washrooms aren’t working right now. On those sites, there’s nowhere you can wash your hands to eat your sandwich at lunch. Men are grabbing the railings, sharing tools, carrying the same ladder and the same hammer drills. You might not know you have the virus for a week and a half, and you’d never think you got it from sharing a hammer drill with someone.

What have things been like on the job for the last month?
My job site is still running, and my company issues gloves and masks. They’ve always been good at making sure we have N95s. I was off work from March 13 to April 5 because I started showing symptoms of the virus: my body was aching and I had a fever of 38.2. Five or six other people on my site showed symptoms, too, and they told us we had to stay home. I called Telehealth and they said to monitor the symptoms, and I got better. I honestly think it was just anxiety and stress built up in my body. I had the same symptoms on Sunday night, the night before I returned to site.

What was it like on site when you got back?
There are still 100 or so people working there—plumbers, electricians, foremen, elevator guys. Before, when you’d go up on a hoist, you’d have maybe 20 guys, so close that we’d make “take him out for dinner first, eh?” jokes. Now they’ve limited it to one or two people on the hoist, plus an operator. There are hand-washing stations set up with soap and water drums. The water’s not clean enough to drink—they put warning signs all over it—but at least we have somewhere we can wash up before and after we eat.

So you don’t think projects like condo towers are essential right now. That’s fair. Why start a petition about it?
Construction workers are being forced into situations they shouldn’t be in. The construction workforce in Canada is huge, more than 1.5 million people. In Ontario, existing projects have been deemed an essential service. That’s a lot of people going to work. I doubt they’re coming home and sleeping in tents or garages like some of the doctors on the front lines. They could be exposing children and partners. I’m just disgusted that the government is making these decisions because they want to make money. I just thought, There’s got to be something we can do. We’re just the little guys, the blue-collar workers. Let’s use social media.

And did you expect it to garner so much support?
At first, I was concerned. I thought, Is this going to jeopardize my job? The second day the petition was up, the president of my union called me. He was on my side. They don’t want these sites open either. A lot of people are tripping out. They’re having a hard time handling what’s going on in the world. And for what? To get a condo built faster in Toronto?

I saw a video last week of a construction worker talking to a crew on a site in Etobicoke, telling them they could walk out over unsanitary conditions. Are people doing that?
I enjoyed watching that. It was nice to see someone standing up. I hope it inspired people to think, Maybe I shouldn’t be going to work. Some builders are saying to construction workers, “If you leave now, don’t think you can come back here afterwards.” Our unions would protect people if they felt unsafe and walked off the job. But every guy I know is still going to work. They’re afraid of not having a job when this is all over.

What would you say to people who have to choose between their income and potentially getting sick?
That’s the main reason I started this petition. The government says to stay home. But people who are working in these essential jobs still have to go to work. I just want Doug Ford to be honest. Just say he’s worried about the economy, and that’s why he’s forcing people to put up drywall in some condo in Liberty Village. What about the people who are new to Canada and doing this work, or the people who just started working as apprentices, or just bought a house? Those people have to go to work and shake and sweat all day with fear, and then lose sleep at night thinking, Did I get it? I know you have to put food on the table and you have to pay for your mortgage or your rent. But it’s not right.