Before she was a world-famous drag queen, she was an Etobicoke kid with grand ambitions. Her new show, which premieres July 2, is a literal dream come true 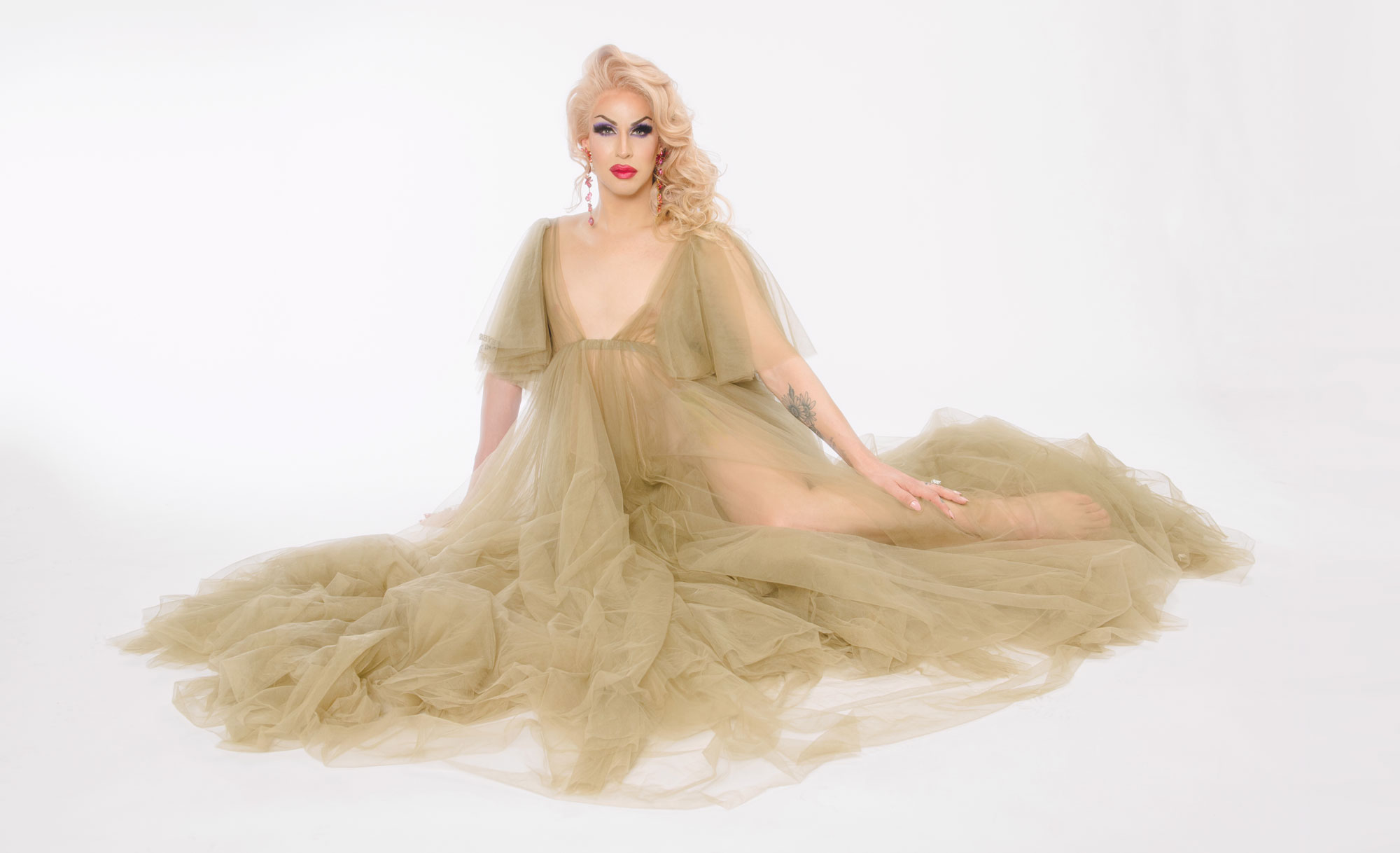 You moved from Nashville to L.A. in the middle of a pandemic. Was that, um, advisable?
No, and definitely nerve-racking. But my lease was up and a friend was moving out of his amazing place in L.A. I was cautious about the move. I used one of those shipping pods and then jumped on a plane. I was the only person in the terminal at LAX. It was like something out of a horror movie.

Did you choose L.A. for the career opportunities?
I’m going to be a movie star! No, I’m kidding. But, yes, L.A. is the best place to be in terms of opportunities, auditions. When things happen, they tend to happen very quickly—like, We need you tomorrow on set. I’m open to doing pretty much anything. Obviously drag, but also acting. Drag is so hot right now I feel like a lot of shows are featuring drag queen cameos. We had Amanda Brugel on as a guest judge. She’s on Kim’s Convenience, which I absolutely love. I was asking her, “How can we make this happen?”

You mention drag being so hot right now. Why do you think that is?
I think you can definitely attribute a lot of it to RuPaul’s Drag Race. The show took something that was fringe and made it mainstream. It brought drag into people’s living rooms—people who wouldn’t have otherwise been exposed to it.

How have you fared during lockdown? Drag doesn’t exactly lend itself to isolation.
Right? It’s just not the same performing in front of my cats. But I do think that people are seeing how innovative the drag community is. No one hustles like a drag queen. We were the first ones to say, “Okay, if we can’t be in bars, we’re going to do our shows online.” Now most performers are doing that.

Is it hard to get your hands on drag supplies under lockdown?
Back when nobody was leaving their houses I would see queens tweeting for supplies. Like, Help, I’m out of foundation! I’m lucky. If there’s one thing I’m stocked up on, it’s makeup. One of the nice things about being semi-famous is that people send me free things. I still have the makeup they gave me on Drag Race.

Who is having a harder time with isolation—Brooke Lynn or your non-drag self, Brock Hayhoe?
I’d say Brock, mostly because being in drag is an escape. It’s been a fun challenge in drag to figure out how I can continue to be creative and make money. I ordered a new sewing machine with the goal of working on my sewing skills. So far it’s been baby steps. I took in a couple of tank tops and sewed some of my curtains together. I’m not very good at just sitting still, but after two years that were essentially non-stop, it has been nice to take some time to slow down and reflect and think about the future.

Speaking of the future, Drag Race Canada premieres on July 2. As a kid from Etobicoke who competed on the American version, did you ever dream the show would come north?
Never. I remember a couple of months after my season of RuPaul’s Drag Race had finished, I was talking to one of the producers about future projects. I said that my dream would be for the show to come to Canada. It turns out it was already in the works, but at the time they weren’t able to tell me, so they were just like, “Uh-huh.”

You came up in Toronto. How did that affect your approach to drag?
Coming up in Toronto was the ultimate drag boot camp. In Toronto they do marathon drag, which means the same queen does multiple numbers in a row. That’s not the norm—usually a queen will do one, maybe two songs—and it definitely helped me with my stamina. It didn’t help me as much with my aesthetic. With my background as a professional ballet dancer, I was always really comfortable with the dance part. I was running around stage in a leotard and comfortable shoes. When I moved to Nashville in 2018, I realized I needed to improve my look. But you know, I always say you can teach that part. As a judge, if I was giving a queen negative feedback on her outfit, her padding, I’d say that’s a good thing. The motto of RuPaul’s Drag Race is that we’re looking for “charisma, uniqueness, nerve and talent.” You can always fix your makeup. 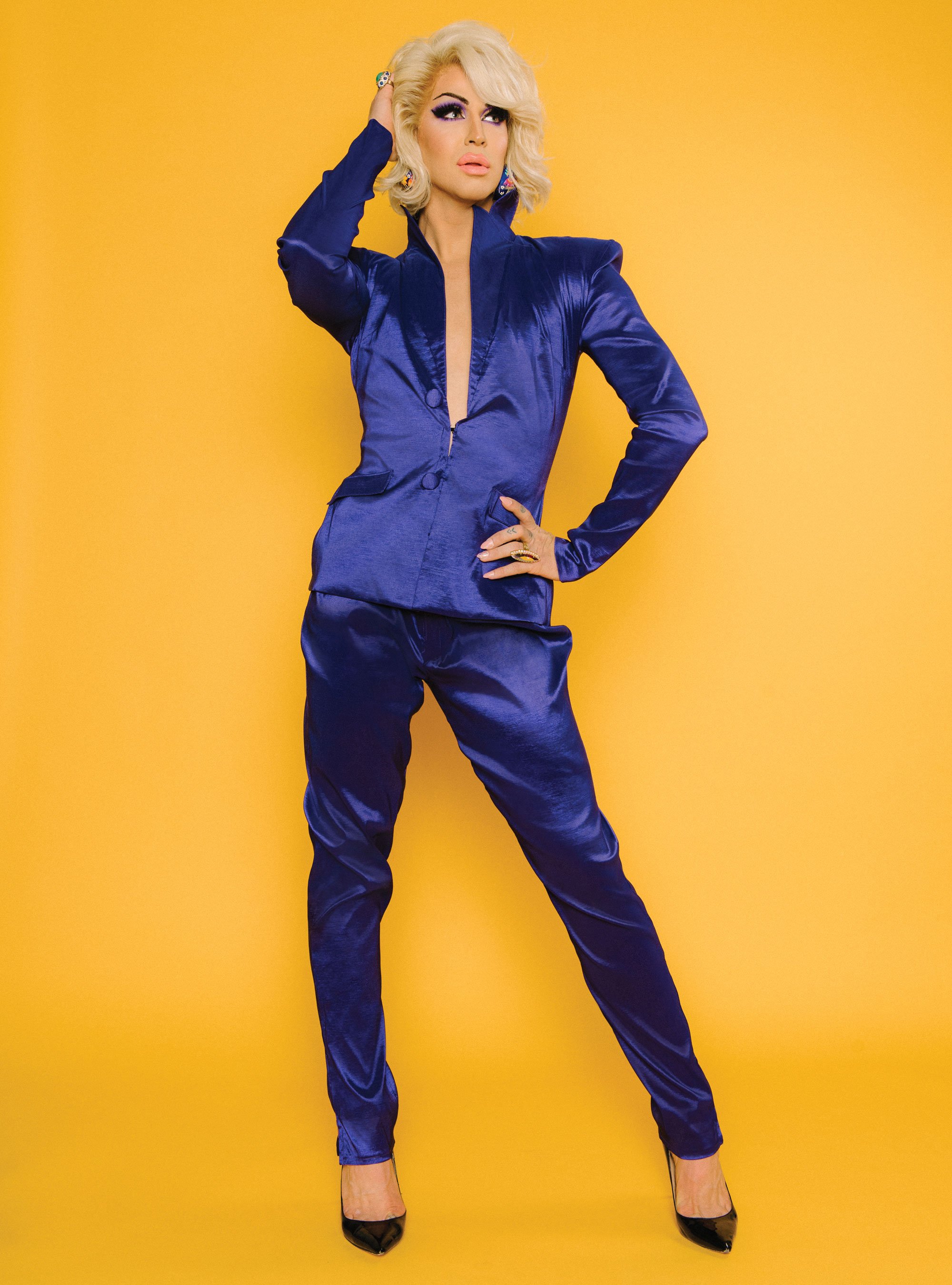 Last year, you were the Grand Marshall of the Toronto Pride Parade. What was that like?
It was a huge honour. I would say the highlight was meeting Justin Trudeau. I expected he’d be surrounded by security, but I just walked into a hotel room and there was Justin. He was lovely, charming. He gives amazing hugs.

Please elaborate.
He wasn’t afraid to go for it. It was a firm, good, I’m-hugging-you hug. I felt his abs.

Were you able to participate remotely this year?
I did a few events with different brands. I did a Q&A with a sex therapist in partnership with Trojan condoms, so that was fun. I did a campaign with Bud Light that featured two Black Toronto queens. That turned out beautifully.

Pride and Black Lives Matter were very intertwined this year.
Well the Pride movement was started by Black trans women, specifically Marsha P. Johnson, who was one of the key people behind the Stonewall riots. Black folk and Pride and drag—they all go hand in hand, but I will admit that I am a lot better educated now than I was not that long ago. I was just saying to a friend that I wish when you came out as gay you were required to take a gay class. There is so much to learn and understand about our culture and the people behind it. I think that is one of the positives in everything that has been happening. The pandemic has been challenging for all kinds of reasons but the Black Lives Matter protests and the conversations they have created, that has been amazing.

You have been pretty non-political in the past. I guess that’s changed?
Well, the thing is I have always been worried about not saying the right thing. I’m still worried. But it’s important to be uncomfortable.

President Obama called Trump’s handling of the coronavirus a “chaotic disaster.” What would you call it?
I think that’s pretty apt. People are so scared right now and they’re looking for leadership. And we have this person who isn’t willing to take responsibility for anything. I would love to be involved in making sure he doesn’t get re-elected.

Surely you could offer him some makeup tips.
Girl, I wouldn’t even know where to start.