Throughout Jian Ghomeshi’s trial, we brought you insights from a panel of criminal defence attorneys who have worked on behalf of other people charged with sexual assaults. Here, they discuss Thursday’s not-guilty verdict, and explain why Ghomeshi’s second sexual assault trial, on June 6, may reach a very different conclusion. Meet the panel:

Q: Was there anything surprising about the judge’s decision?

Kerbel: The judge made some very harsh judgments on the witnesses’ credibility. At several points he found that they’d deliberately chosen to be dishonest with the police and the court. A finding of deliberate lying is a really severe assessment of a witness’s credibility. Stewart: Yeah, it was quite strongly worded in terms of how he viewed their credibility. He says Lucy DeCoutere’s testimony “indicates a failure to take the oath seriously and a wilful carelessness with the truth.” That’s not a sentence you see in judgments all that often. Rahamim: What I found particularly interesting was that the judge actually seemed to rely on the various accounts given to the media as a way of discrediting these witnesses. He makes a finding that Lucy DeCoutere was guilty of shifting facts around in the various accounts of events that she gave in media interviews, then in her statement to police, and then in court. It might just be a function of the fact that 99.9 per cent of these cases are not reported in the media.

Kerbel: I found one other thing interesting about the judgment. I thought the judge went to great lengths to explain his reasoning in plain and simple English. I think he wanted the public to understand why he was finding the things that he found. This judgment is sort of a textbook of how to decide a credibility case.

Q: With full hindsight, do you think there’s any way, short of incompetence on the defence’s part, that the Crown could have made a conviction?

Rahamim: The Crown was working with a deck that was very much loaded in favour of the defence because the complainants didn’t disclose all of the information they should have. All of this—withholding of information, deliberately misleading the police as to the nature of their relationships with Ghomeshi—meant that the Crown’s case from the get-go was headed for failure. This is probably why the defence opted to go right to trial: because they knew they had a lot of information to cross-examine with. I don’t think there’s anything the Crown could have done to obtain a conviction in this case.

Kerbel: I think what you’re asking is whether or not a different judge could have convicted on this record. I think it’s impossible to answer that question. It seems like it would have been difficult for any judge to convict, but what might have made a difference in this case is if the complainants hadn’t withheld information. It’s one thing to have inconsistencies in their testimony, but to deliberately withhold evidence makes it very hard for a judge to convict.

Stewart: So, if the complainants had said, for instance: “I had contact with Mr. Ghomeshi afterwards. I sent him this love letter. I have no idea why I did it. I look back and it just seems so strange.” In that case, it would have been a very different trial, I think.

Q: How do you feel when you see people immediately rushing to protest a not-guilty verdict in a case like this?

Stewart: In his decision, the judge said we need to be vigilant about avoiding the dangerous false assumption that sexual assault complainants are always truthful. And I think this is one of the most difficult aspects of this case for non-lawyers to understand. It makes perfect sense for families and friends of sexual assault survivors to believe in them and to support them. That’s really important. But the judge can’t just believe a complainant, full stop. The presumption of innocence requires a complainant’s testimony to be challenged vigorously in cross-examination, and that’s what makes our justice system fair and equitable.

Stewart: I agree in some ways, but I think lots of sexual assault complainants don’t believe the system works. I think they feel like they’re further victimized by the system. I definitely think this was the right verdict, and lawyers can say the system works well, but I’m not sure everyone would agree that it works perfectly.

Q: There are people who think the justice system exists to level the playing field, and some of those people would probably say that the reverse happened here—that the justice system acted to protect somebody who was powerful by burdening his accusers with a standard of proof that was too high for any human being to meet.

Kerbel: Two issues with that. First, I’m not sure the purpose of the criminal justice system is to level the playing field. I think it’s to vindicate the rights of personal integrity that we all have. Second, I think the theory you’re advancing assumes the accused is guilty. And we don’t know whether someone is guilty until he’s proven to be guilty.

Q: Ghomeshi has another trial coming up on June 6, related to another sexual assault charge. How will this trial influence the next one?

Stewart: Legally speaking, I don’t think it will have a big impact. Practically speaking, it may turn out that this trial was like a dry run for the Crown. They can use it to figure out how to approach the second trial. I imagine that the complainant in the June trial has been following the media and knows what a huge role post-incident conduct played. She’ll be combing her email inbox and handing over anything and everything that has to do with her relationship to Mr. Ghomeshi to the Crown.

I hope, if the complainant in that June trial has a legitimate claim of sexual assault, that she’s not dissuaded by the process and the verdict in this case.

Rahamim: I agree with Indira completely. But I also hope that, if the Crown finds this next case to be as weak as the case we just saw, they’ll use their discretion and not go through this whole circus all over again.

Q: Will the Crown appeal this verdict?

Kerbel: My sense is that an appeal is unlikely. This was a factually driven case that involved well settled principles of law. Appeal courts are reluctant to interfere with trial judges’ findings of fact. One also has to question whether the Crown’s office would see any significant public interest in taking this case any further. 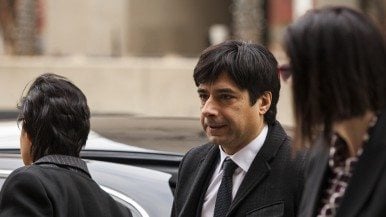 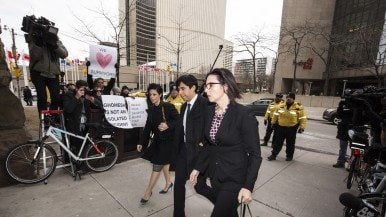 A trio of legal experts on whether Marie Henein has gone too far, and whether Ghomeshi will testify