By Toronto Life | Photography By The Toronto Transit Commission and Transit Toronto |  November 30, 2018

After 38 years, the TTC is retiring its monthly Metropass at the end of December as part of its long-standing plan to make the city run on Presto. Instead of lining up to purchase your shiny new pass at the beginning of each month, you can now load it onto a Presto card. To commemorate the Toronto wallet fixtures, here’s a look at TTC Metropasses from the past four decades. 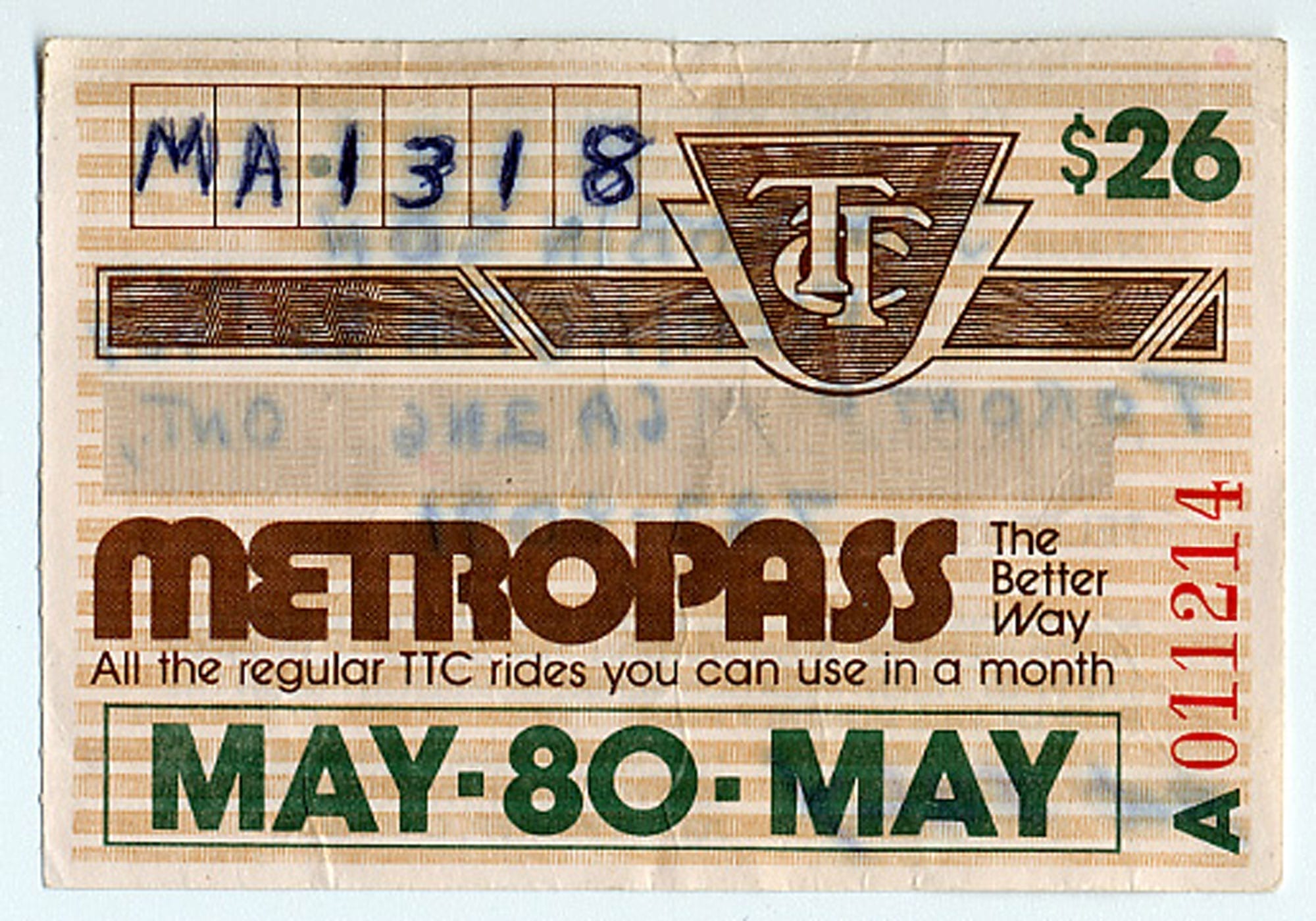 The TTC’s first-ever Metropass, a paper slip costing $26, first went on sale in April of 1980. At the time, a single trip cost 65 cents, so the savings kicked in after the 40th trip. The math made sense for the 693,000 Torontonians who had bought a Metropass by year’s end. 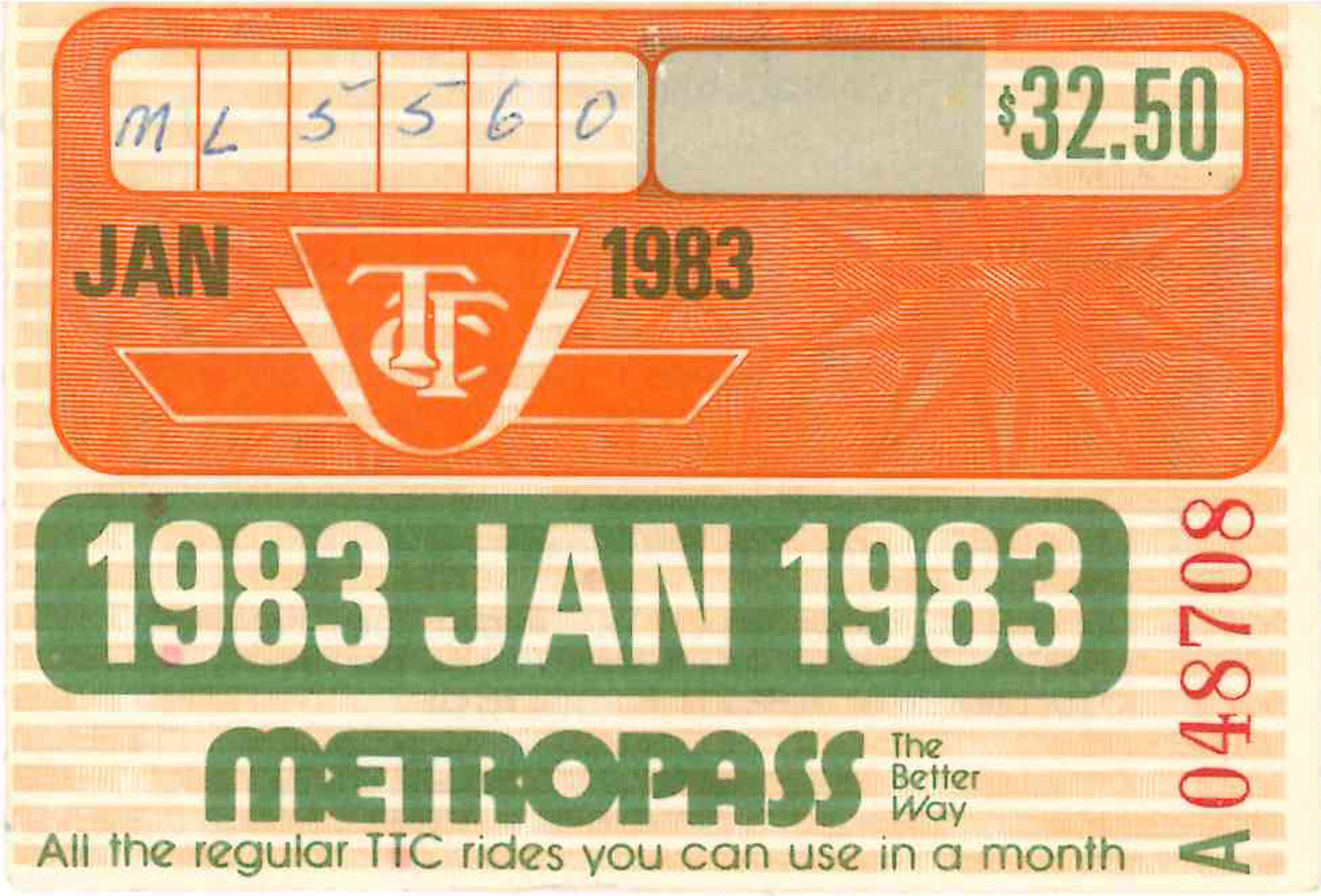 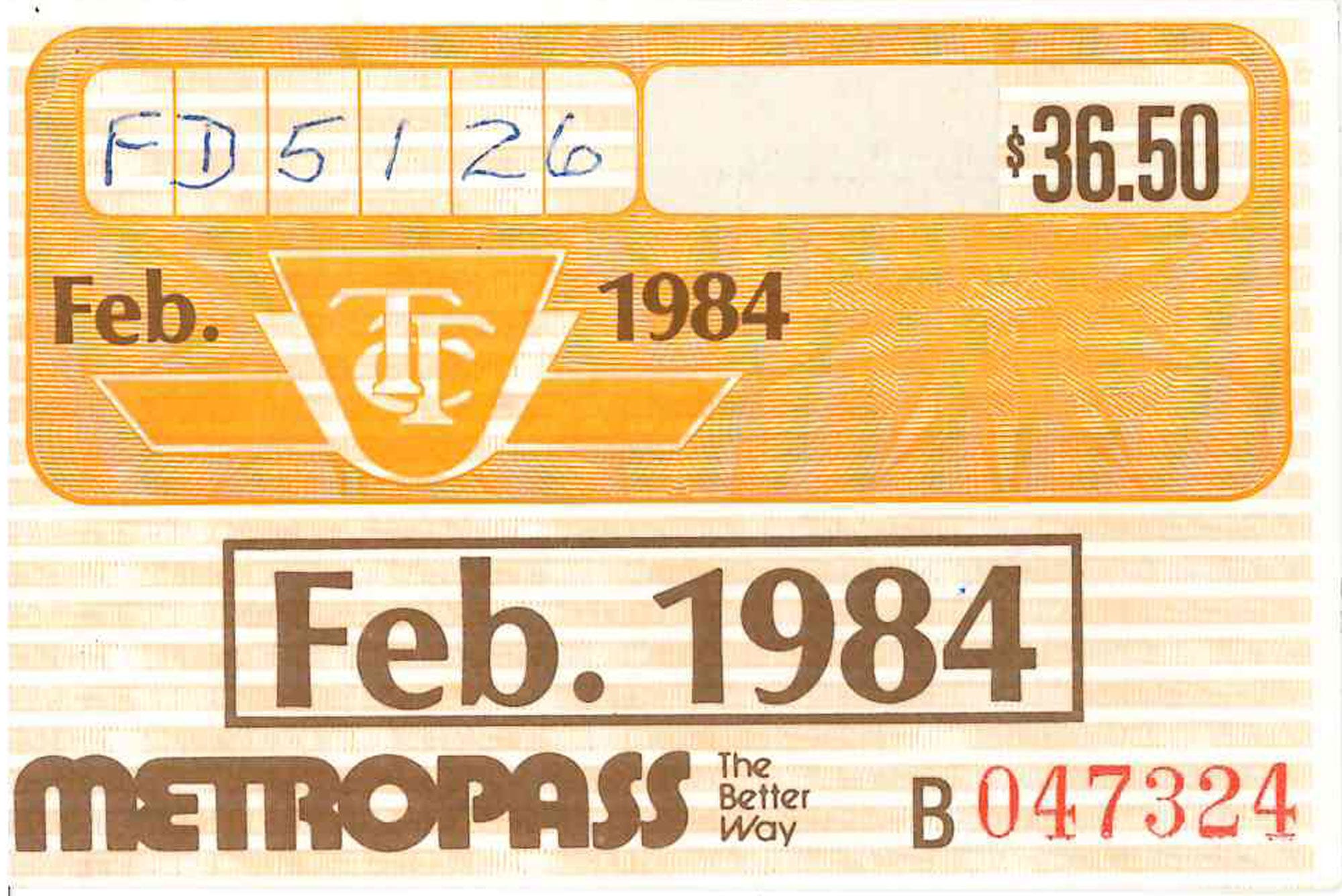 The TTC first introduced reduced-rate senior passes in 1984, which cost a few dollars less than the adult pass. This standard monthly pass from that same year cost $36.50. 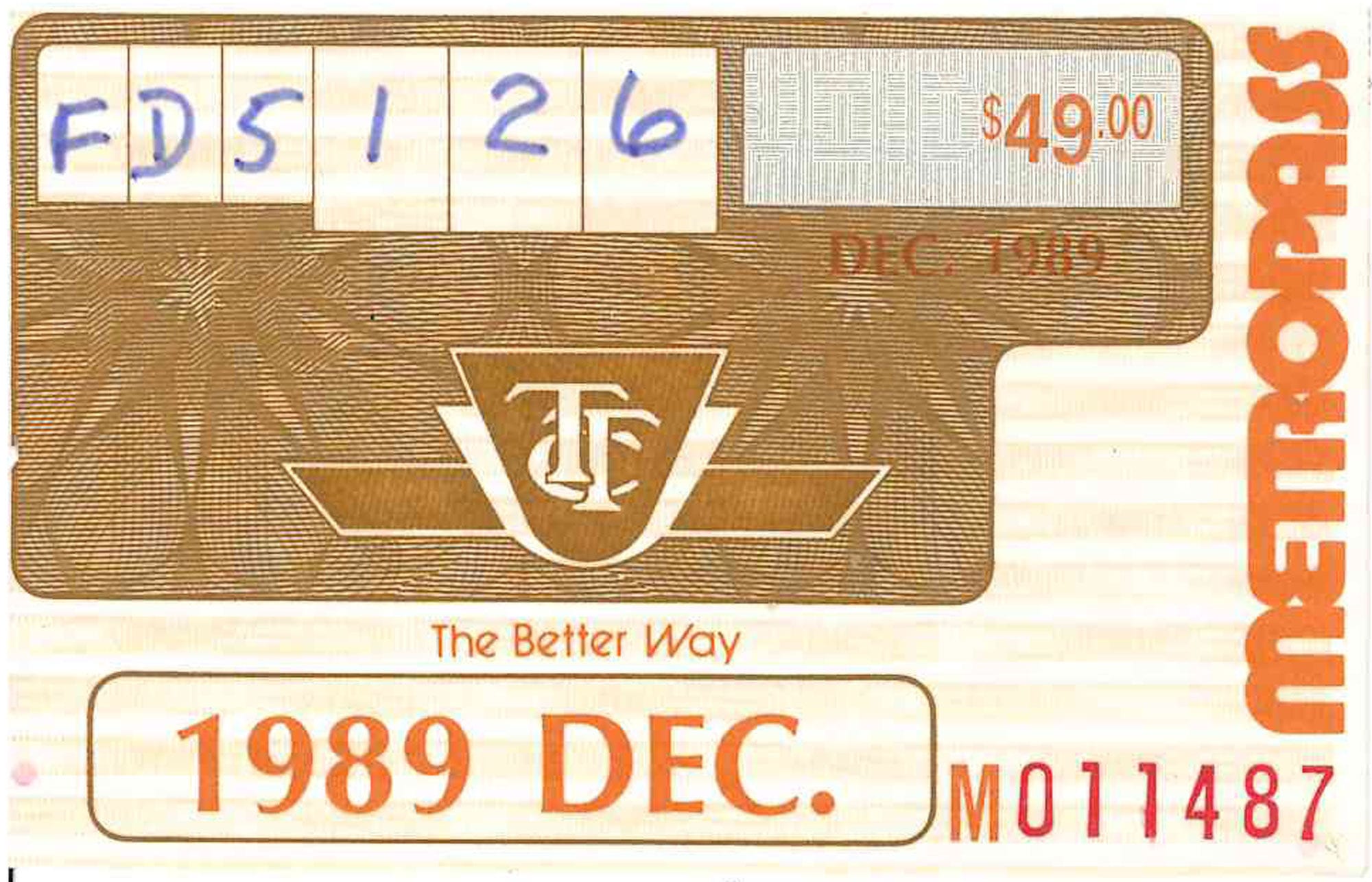 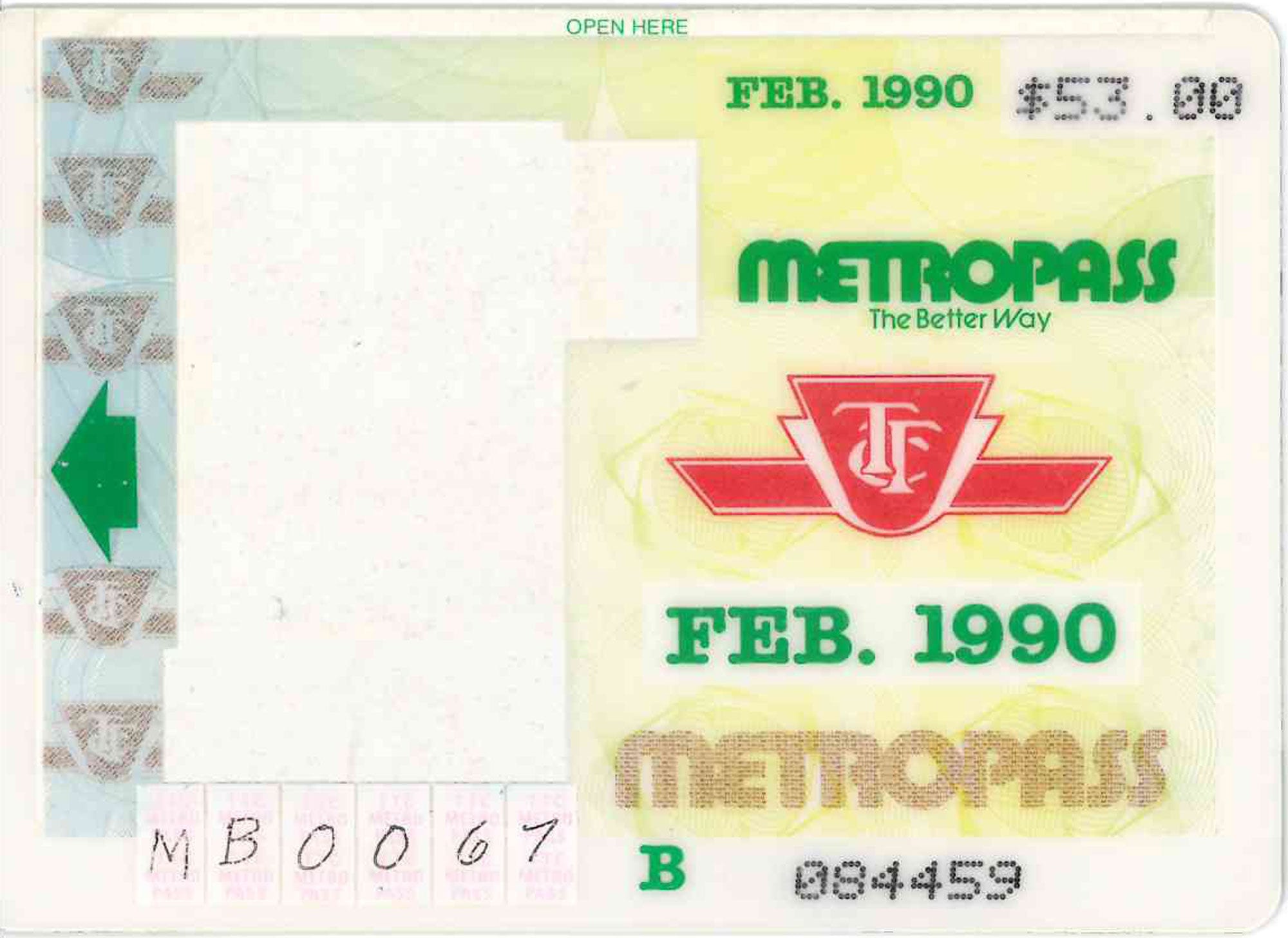 In 1990, the TTC began making passes with magnetic stripes that allowed people to pass through the automatic turnstiles we still see in our subway stations today. 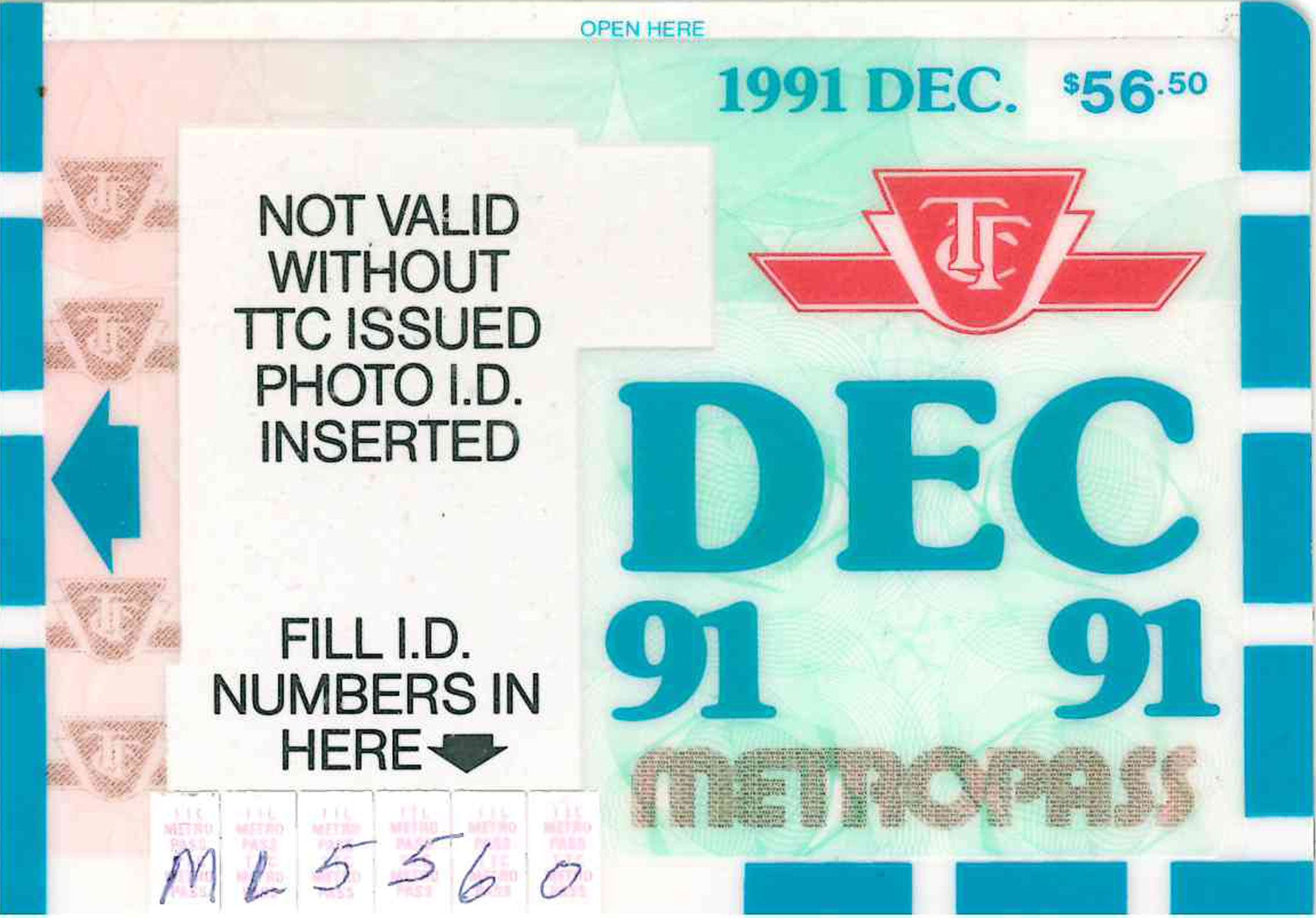 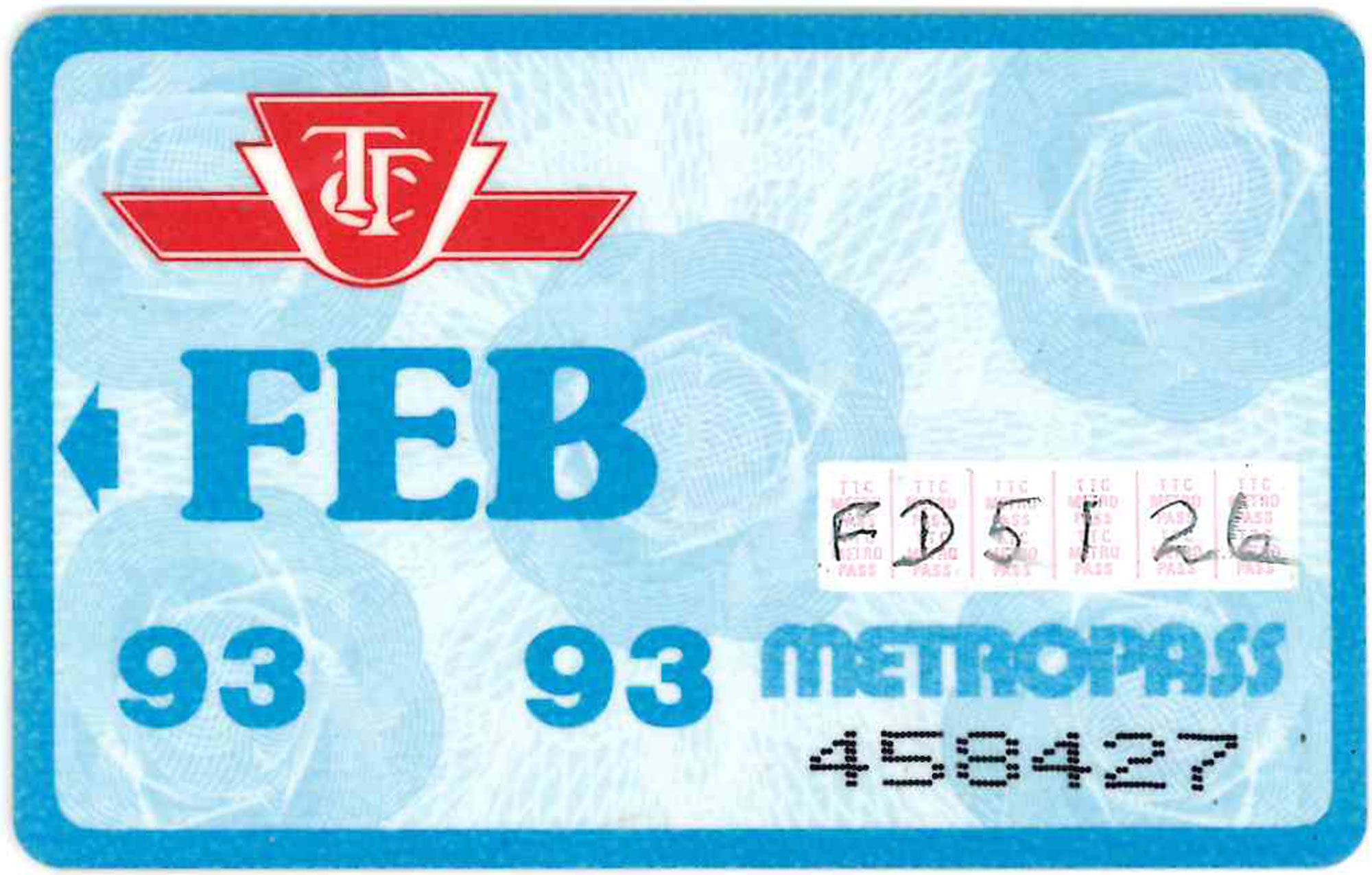 In 1993, the TTC launched a special annual pass that was transferable between users. A monthly pass cost $67. 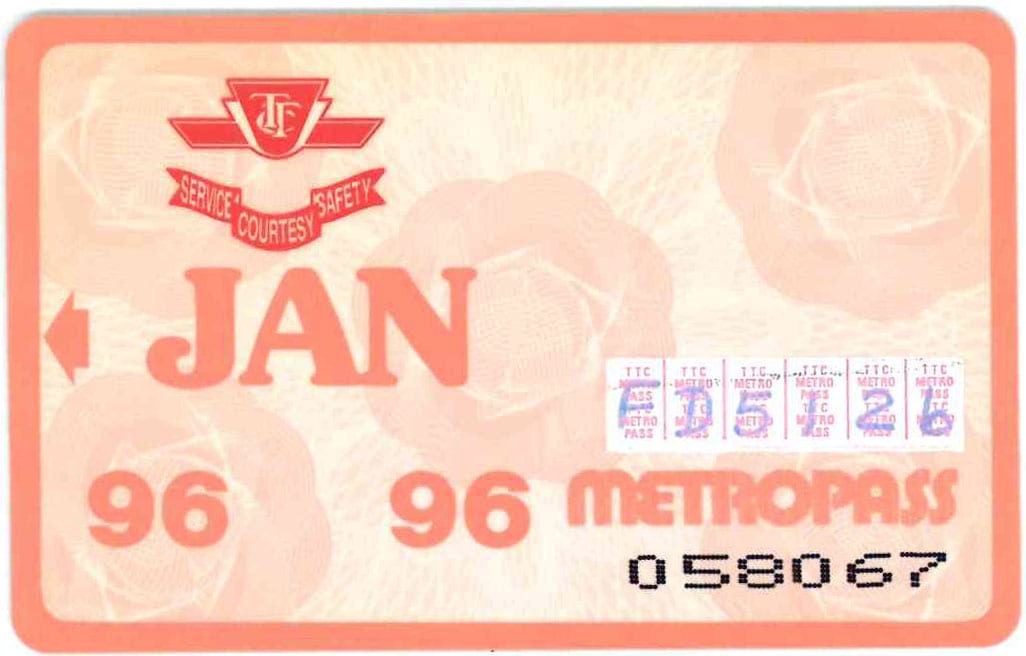 1996 was a rough year for the TTC. When Mike Harris was elected as premier in 1995, he halted provincial subsidies for public transit, resulting in a price hike on fares and Metropasses (the one pictured here cost $83). People were upset about having to pay more for worse service and ridership dropped from 463 million to 360 million over the course of a year. 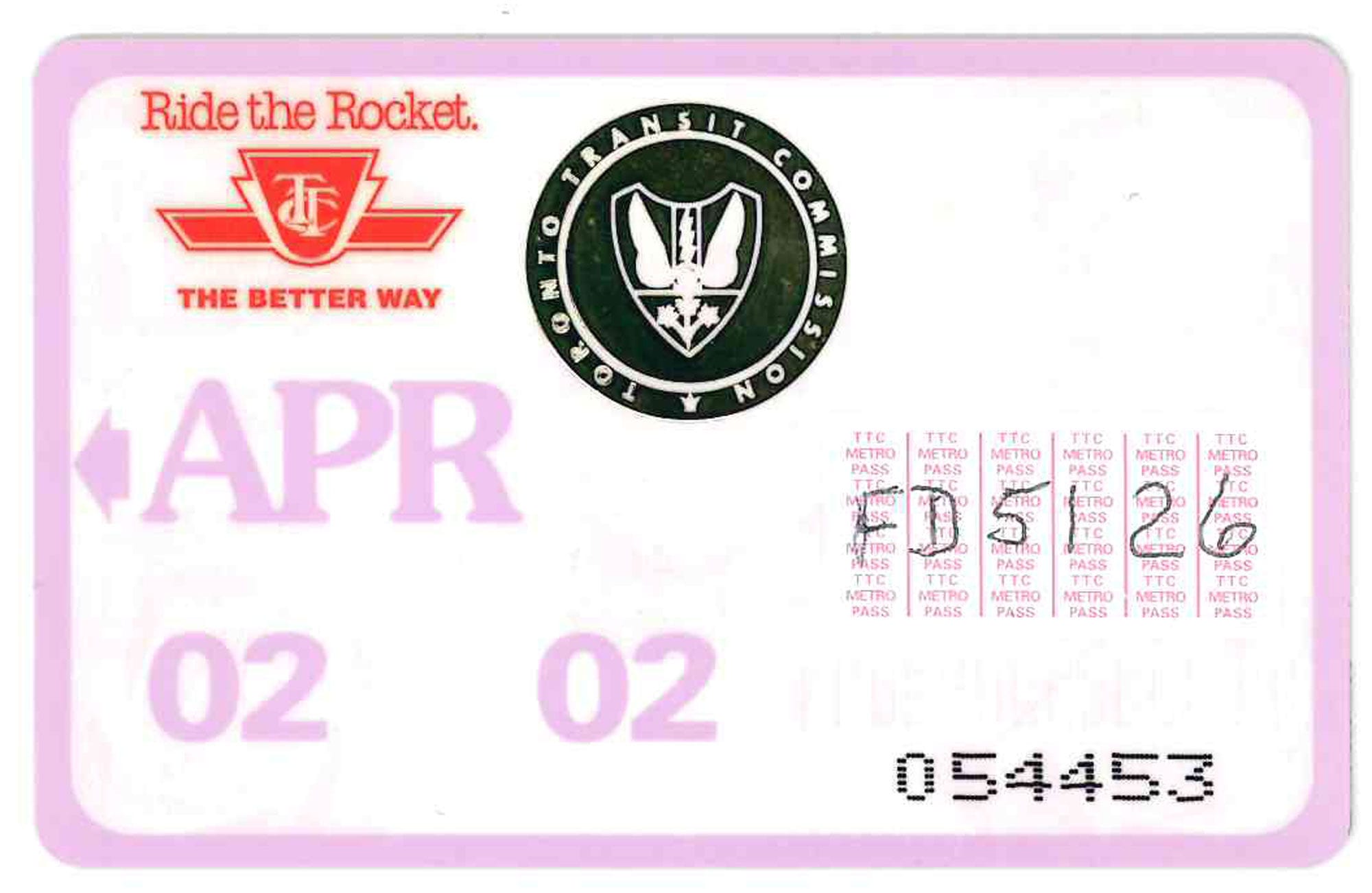 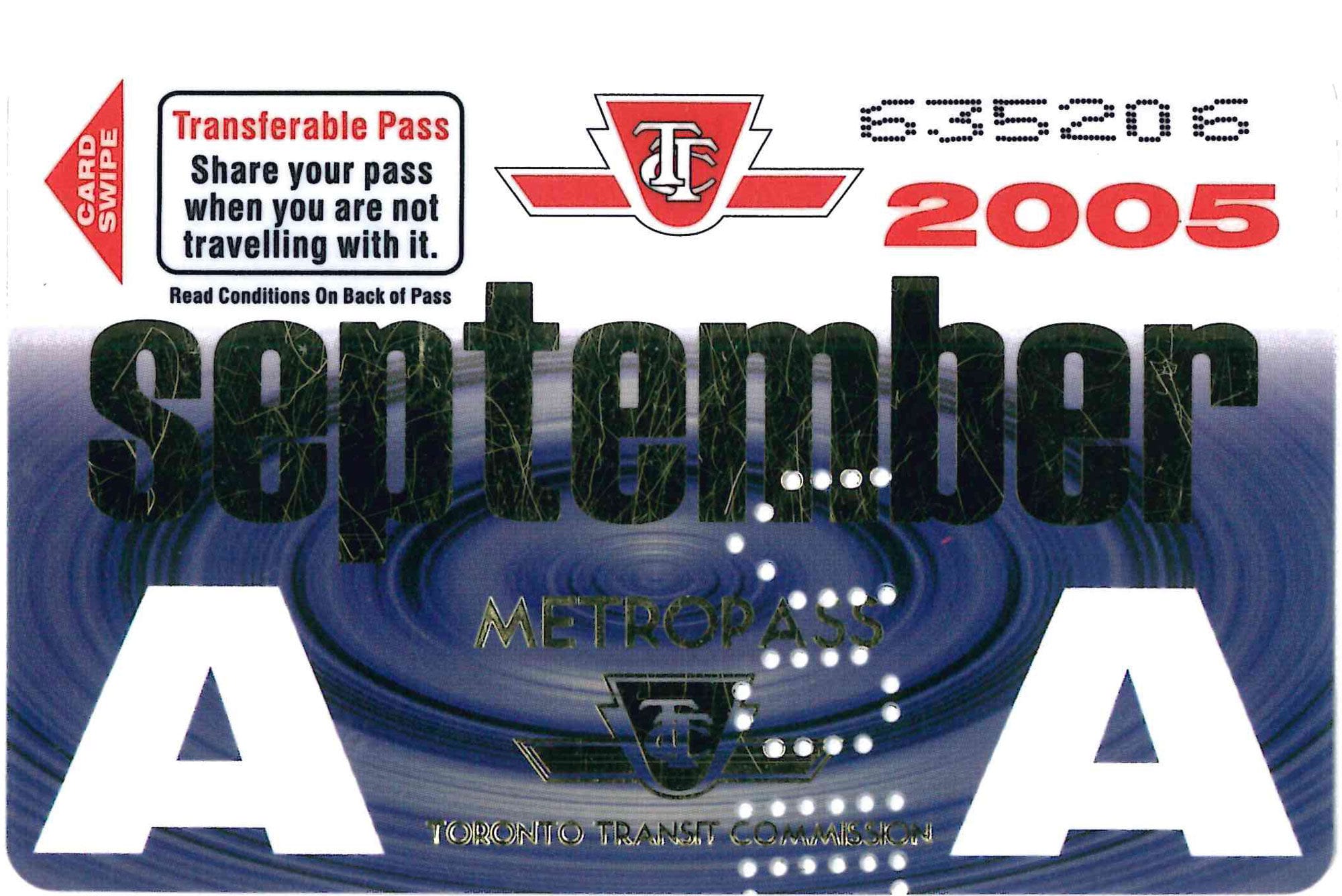 In an attempt to regrow ridership numbers, the TTC launched transferable monthly Metropasses in 2005 for $99.75. 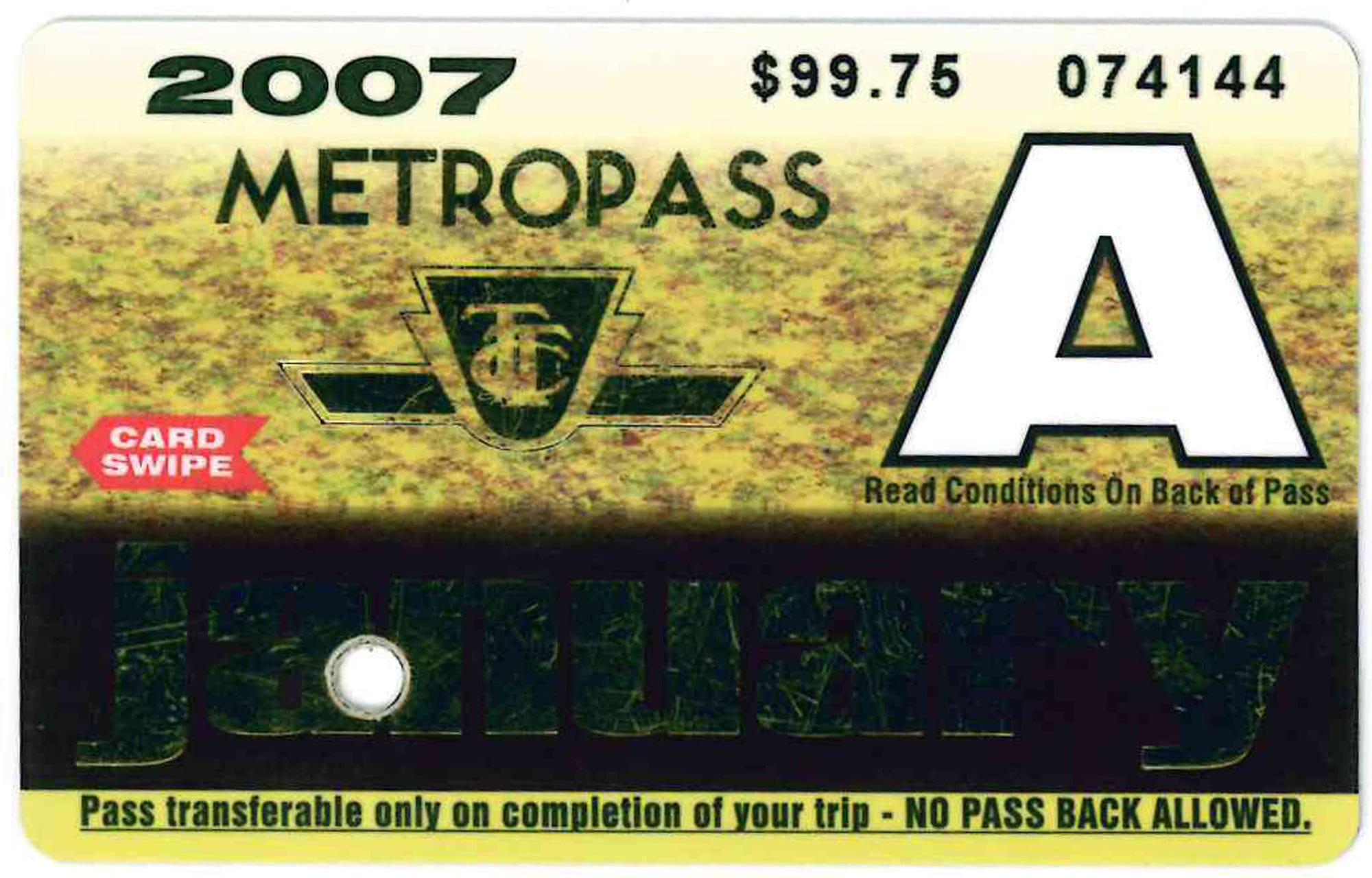 Prices stayed consistent for a few years and did not rise between 2005 and 2007. 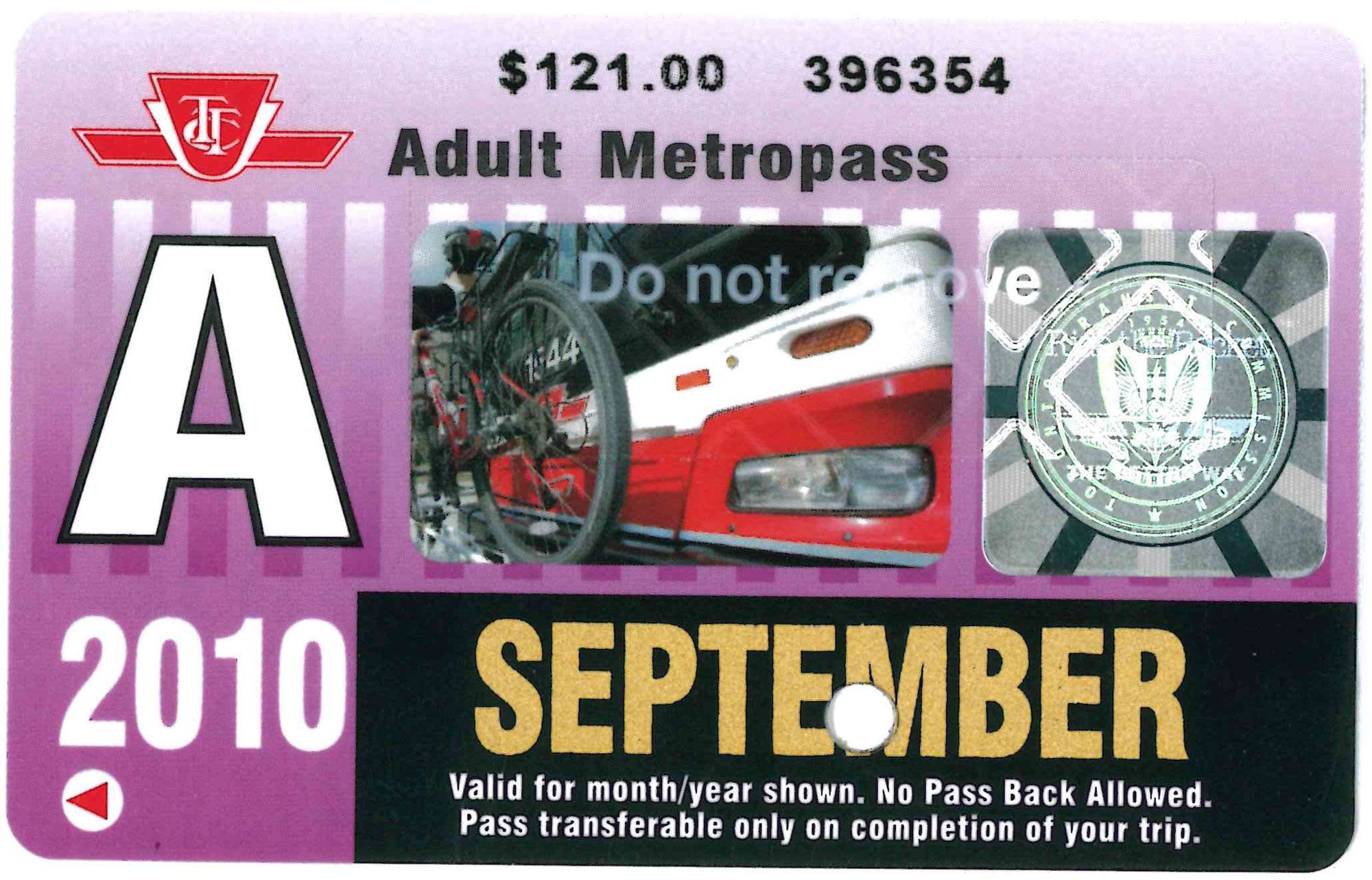 The province began testing Presto passes in 2007 as part of a plan to integrate the 10 public transit agencies within the GTA. In 2010, the tap cards were made available to the public, but since they could only be used at a handful of stations, most people continued to purchase a monthly Metropass. 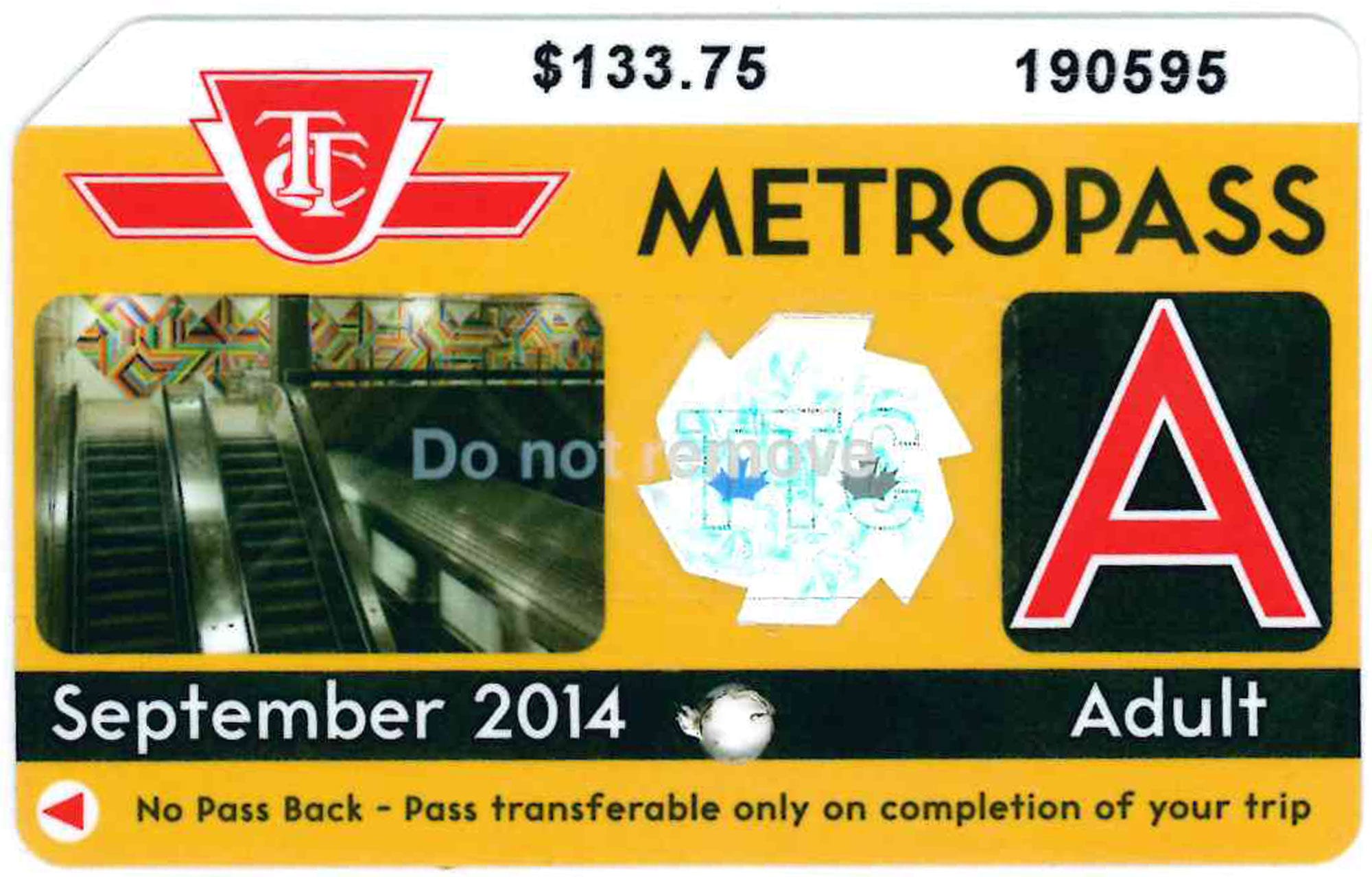 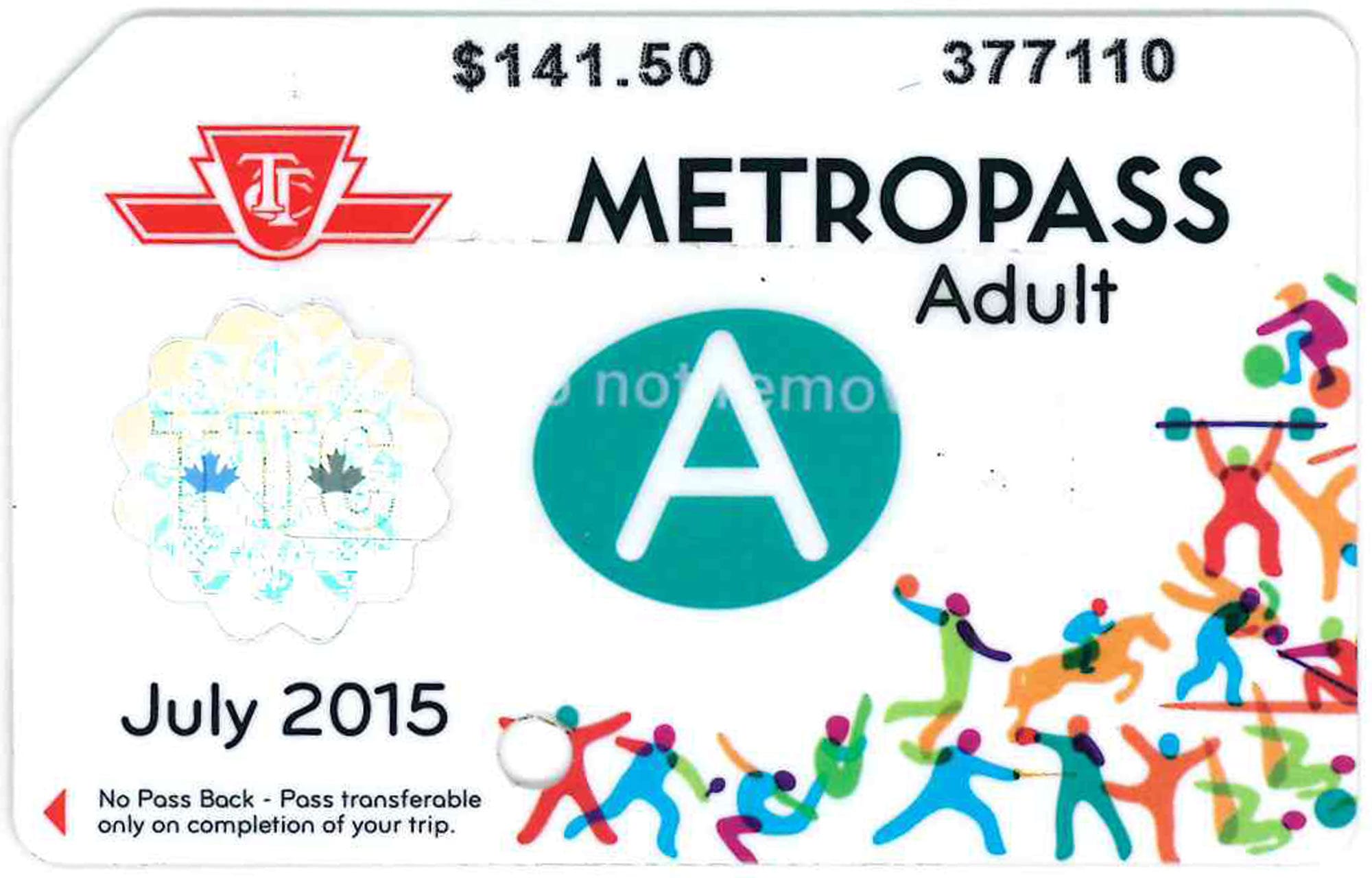 In 2015, the TTC started allowing children under 12 to ride for free. 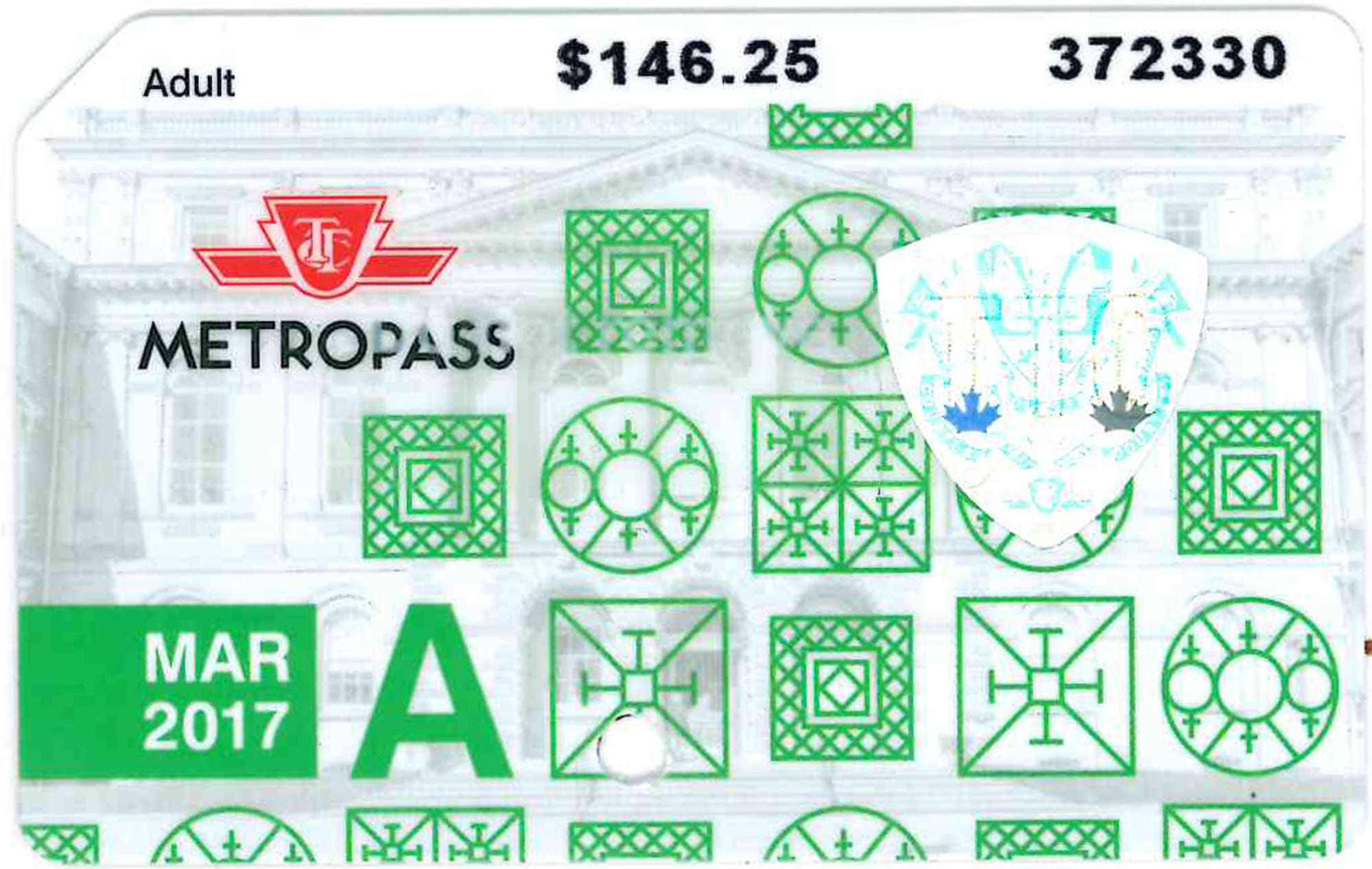 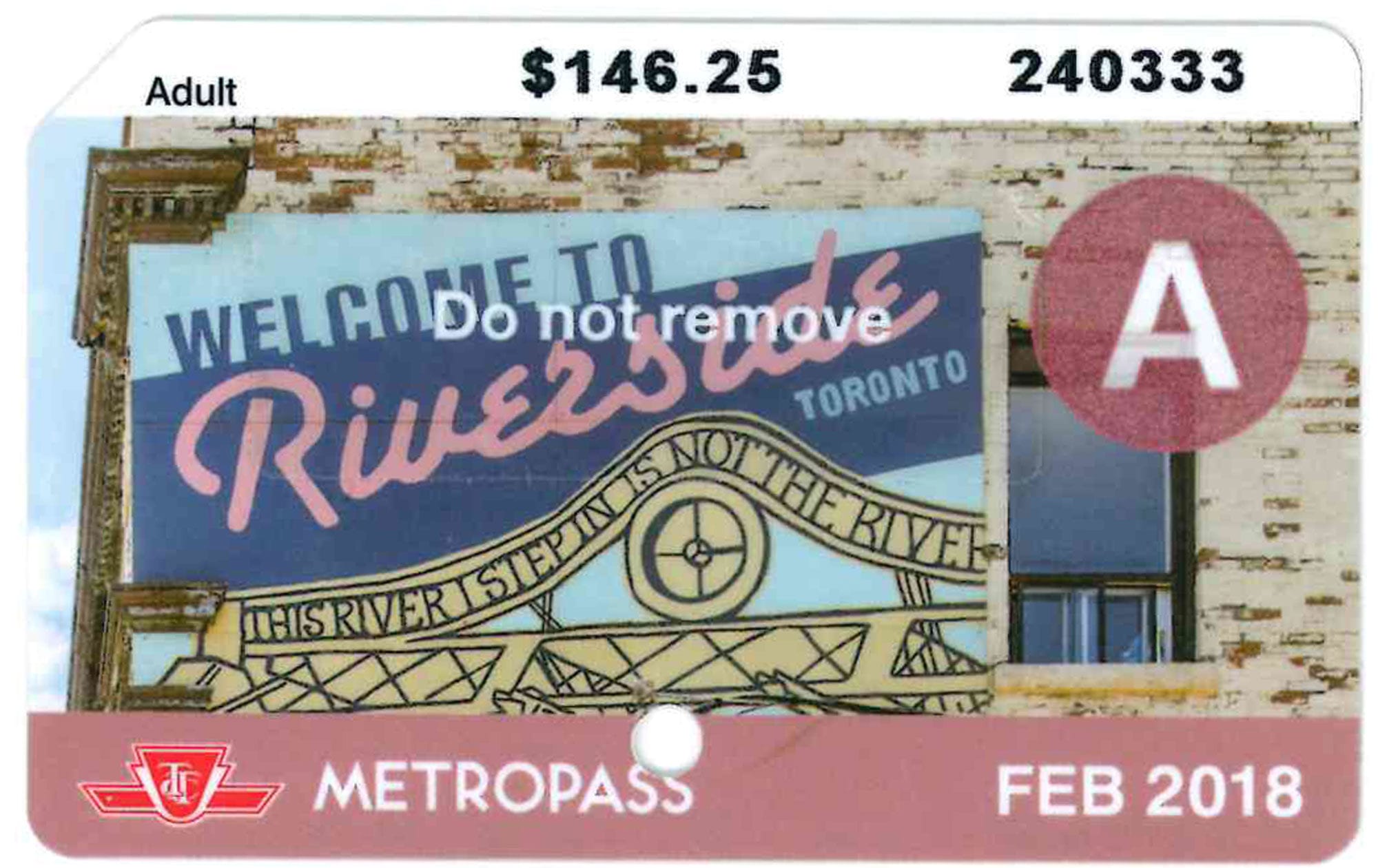 And here’s what the final year of Metropasses look like.