At yesterday’s Raptors victory parade, swarms of red-shirted fans overwhelmed roadways between Exhibition Place and Nathan Phillips Square, leading to crowding so intense that the TTC was forced to temporarily shut down three subway stations. Our photographer tagged along with the team as they made their way through the throngs. Here’s what he saw.

The parade drew people of all ages: 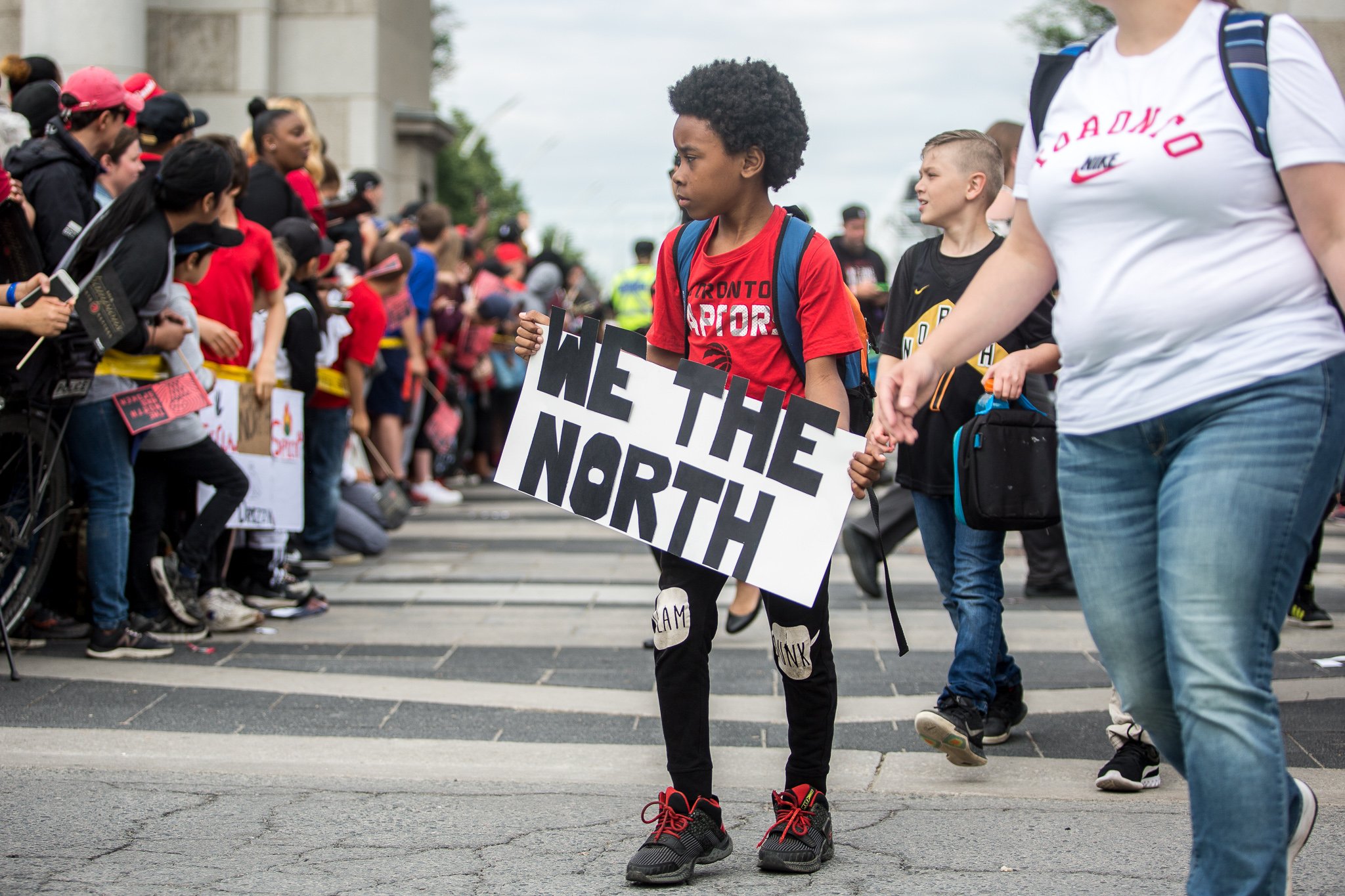 Most of the city didn’t know who Nick Nurse was before a couple weeks ago. Now the Raptors coach is one of the city’s biggest celebrities: 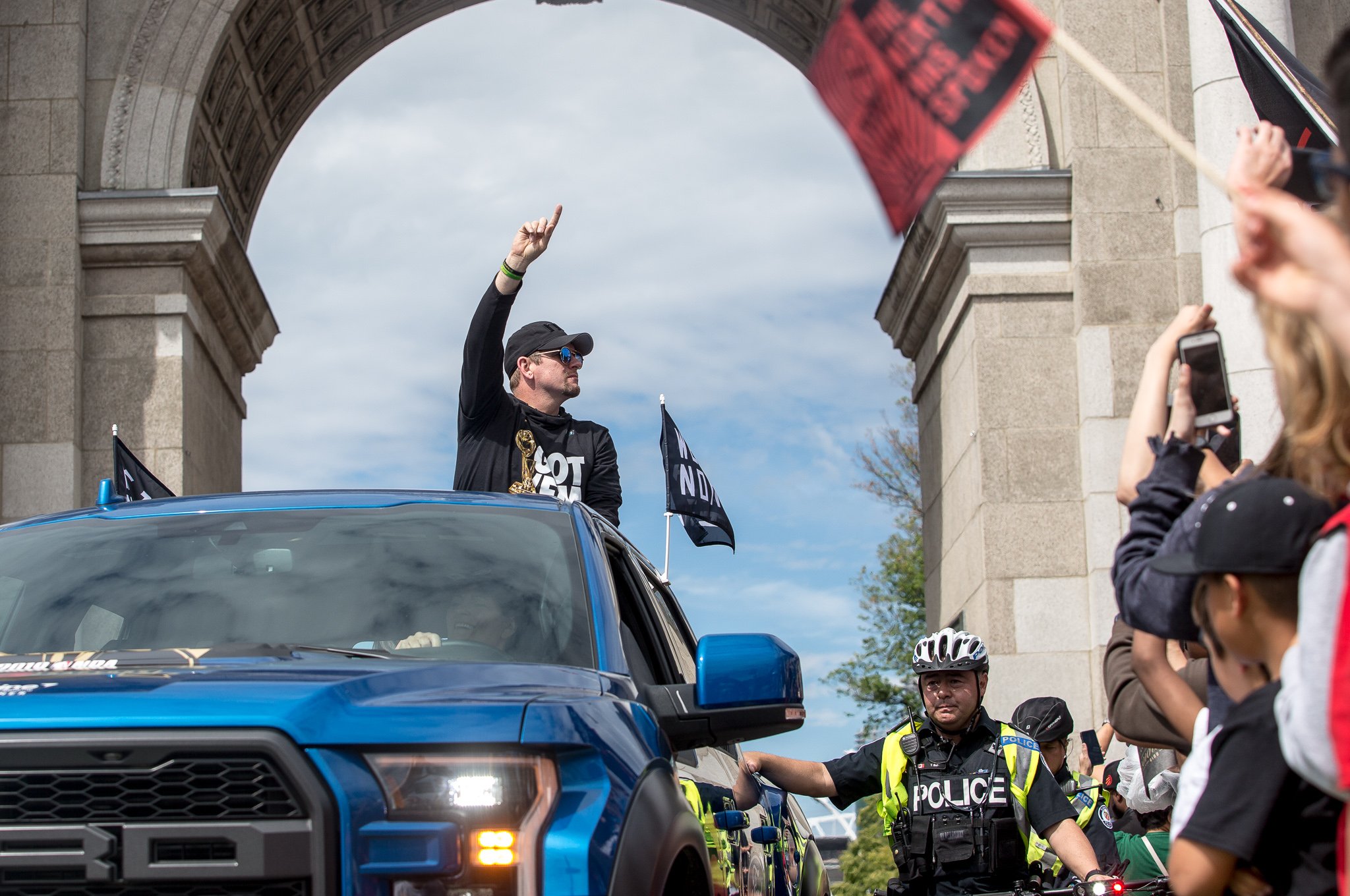 Car dealer/Raptors superfan Nav Bhatia had his moment, at last: 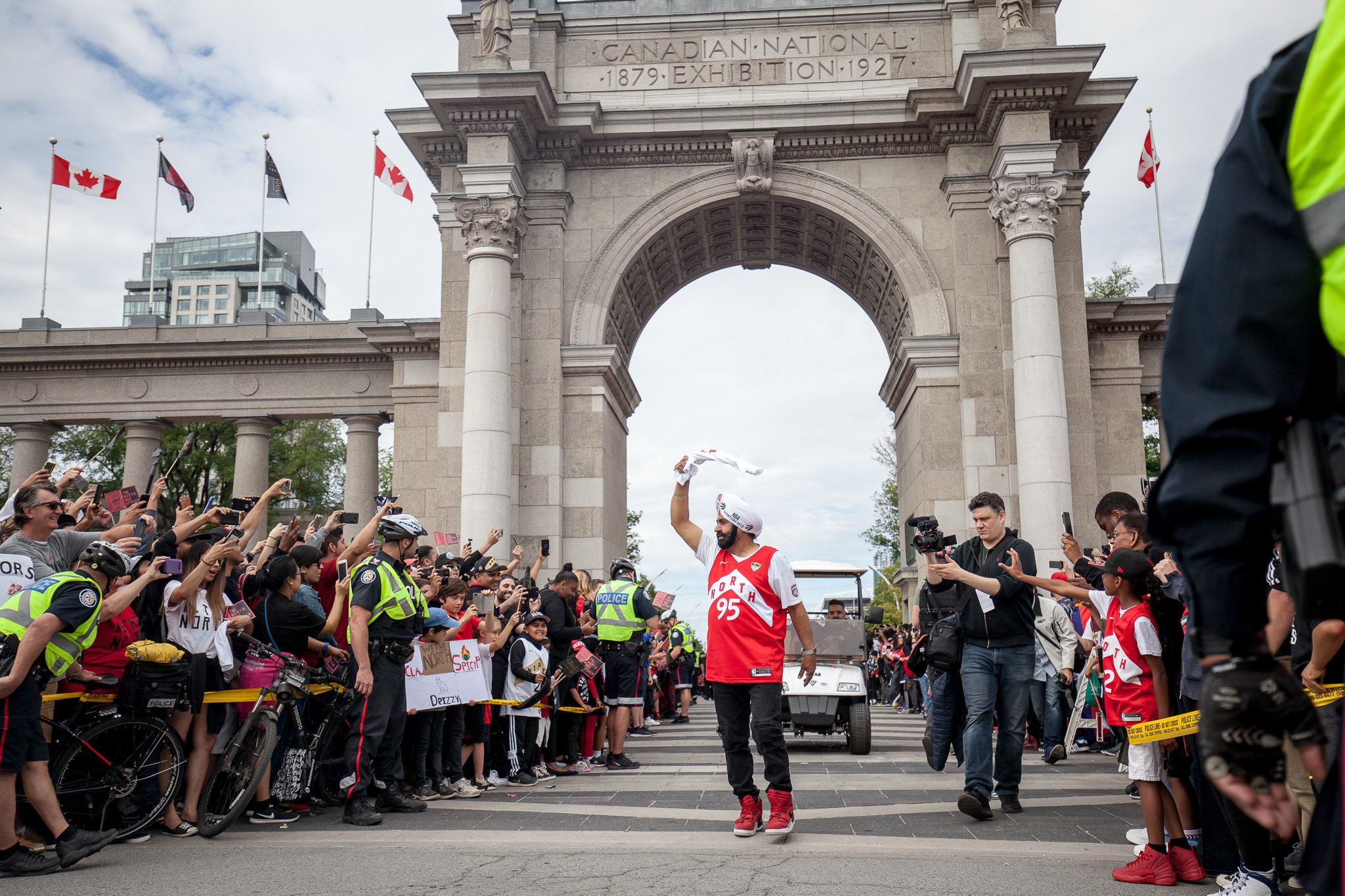 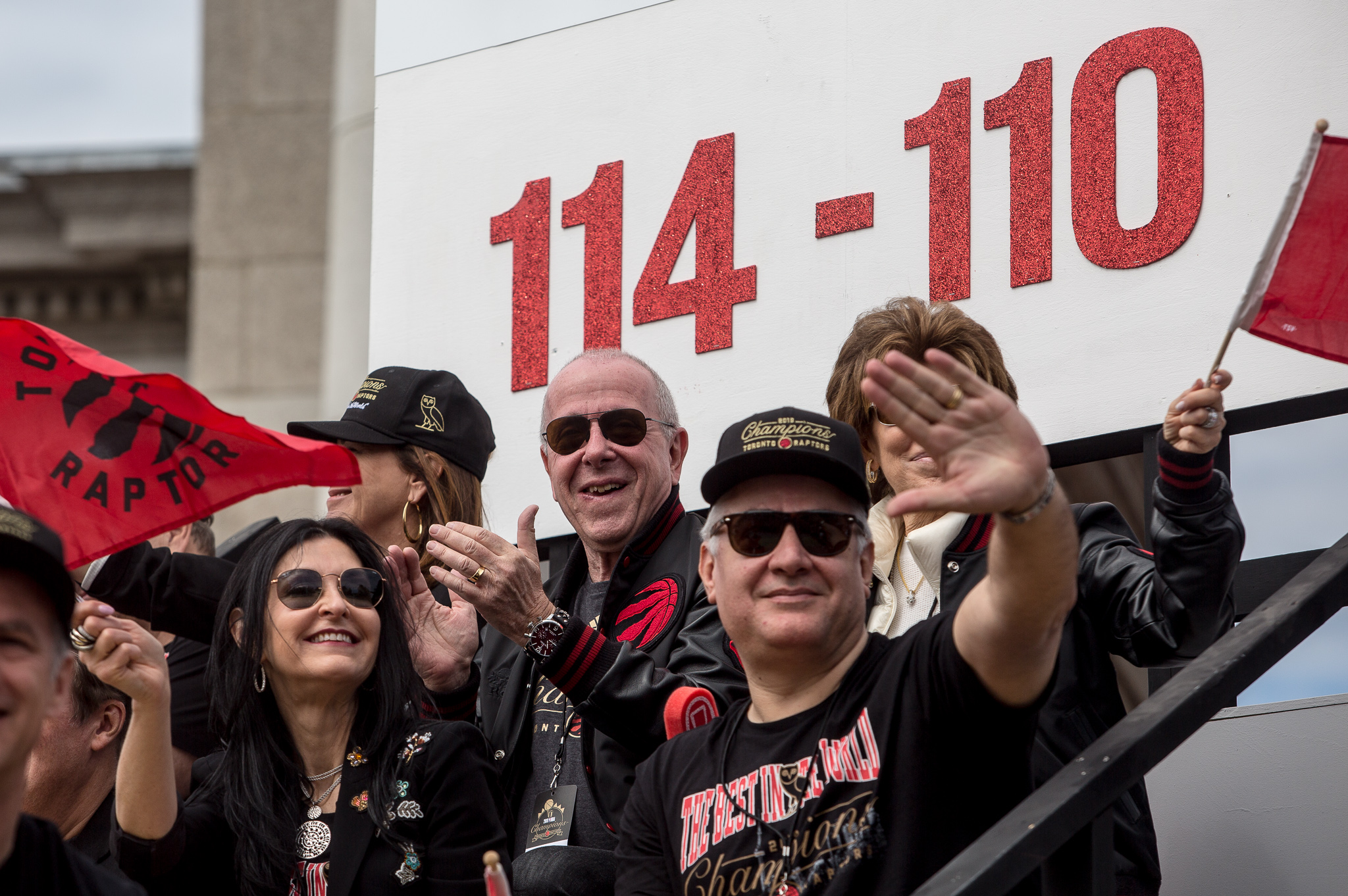 And here are the men of the hour (or, rather, six hours, since that’s about how long the parade and rally ended up being): 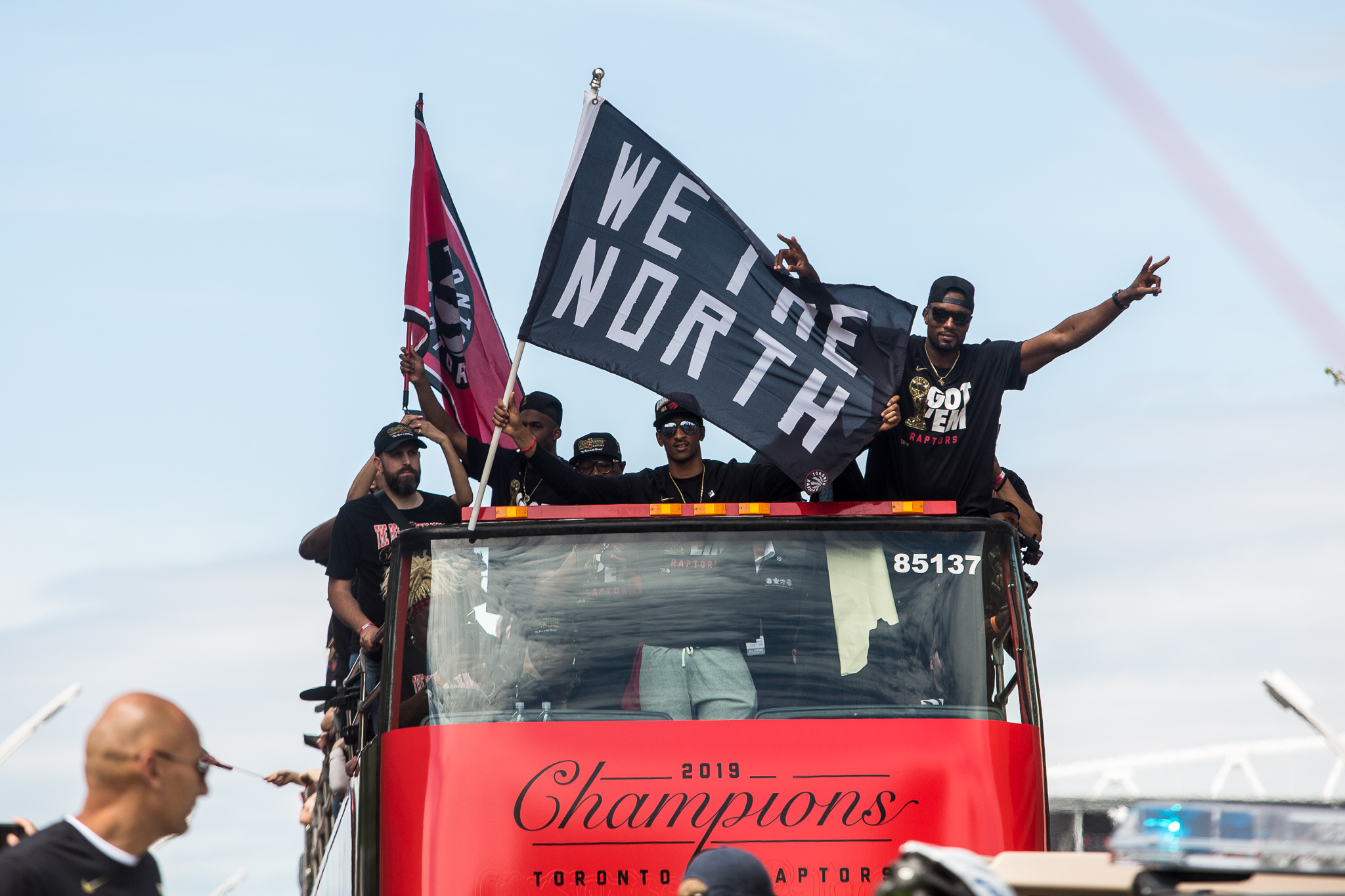 Toronto condo balconies usually serve as outdoor storage closets for empty deck chairs and dead potted plants. But not on this day: 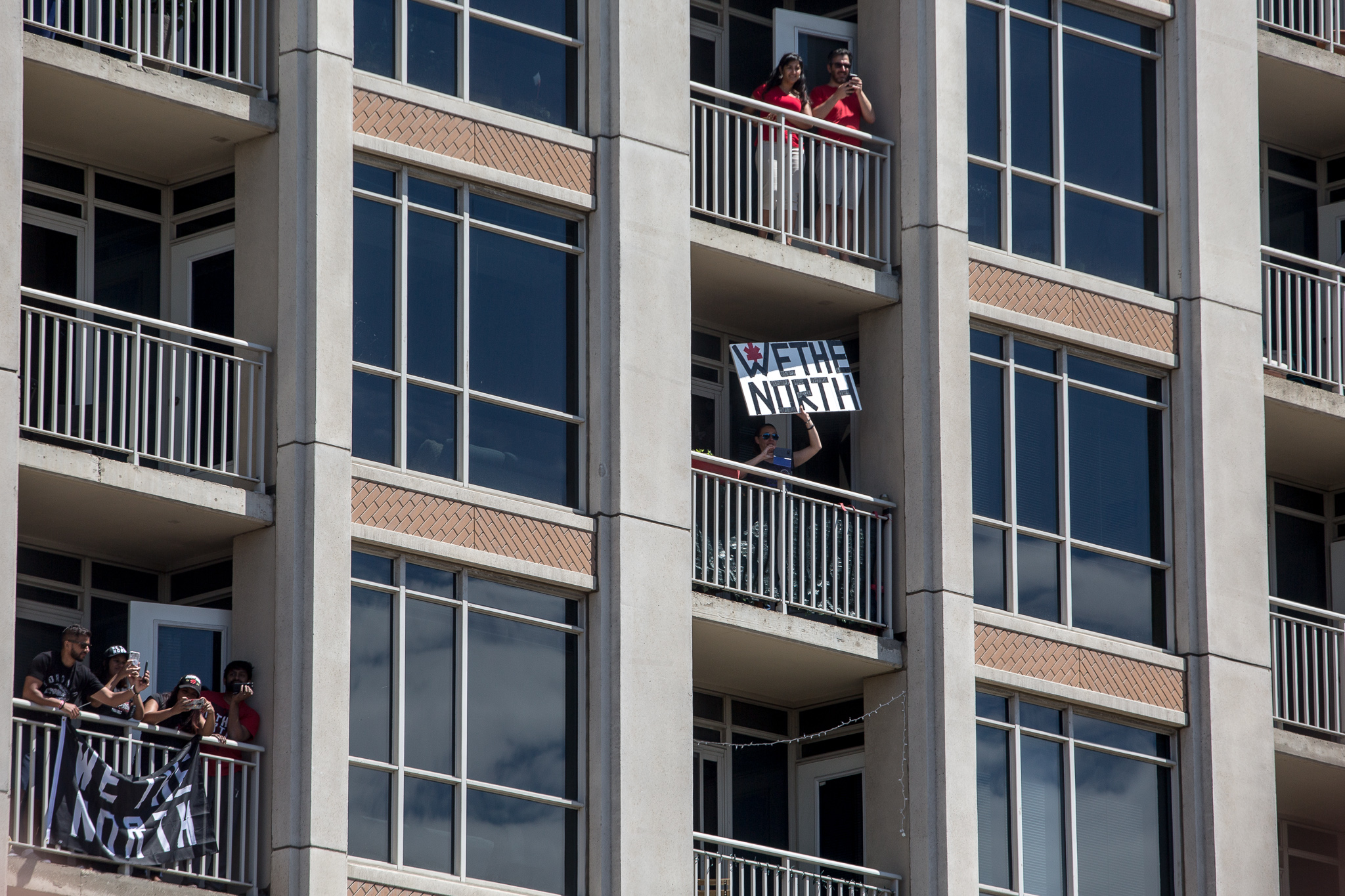 People turned the Gardiner into an elevated viewing platform. 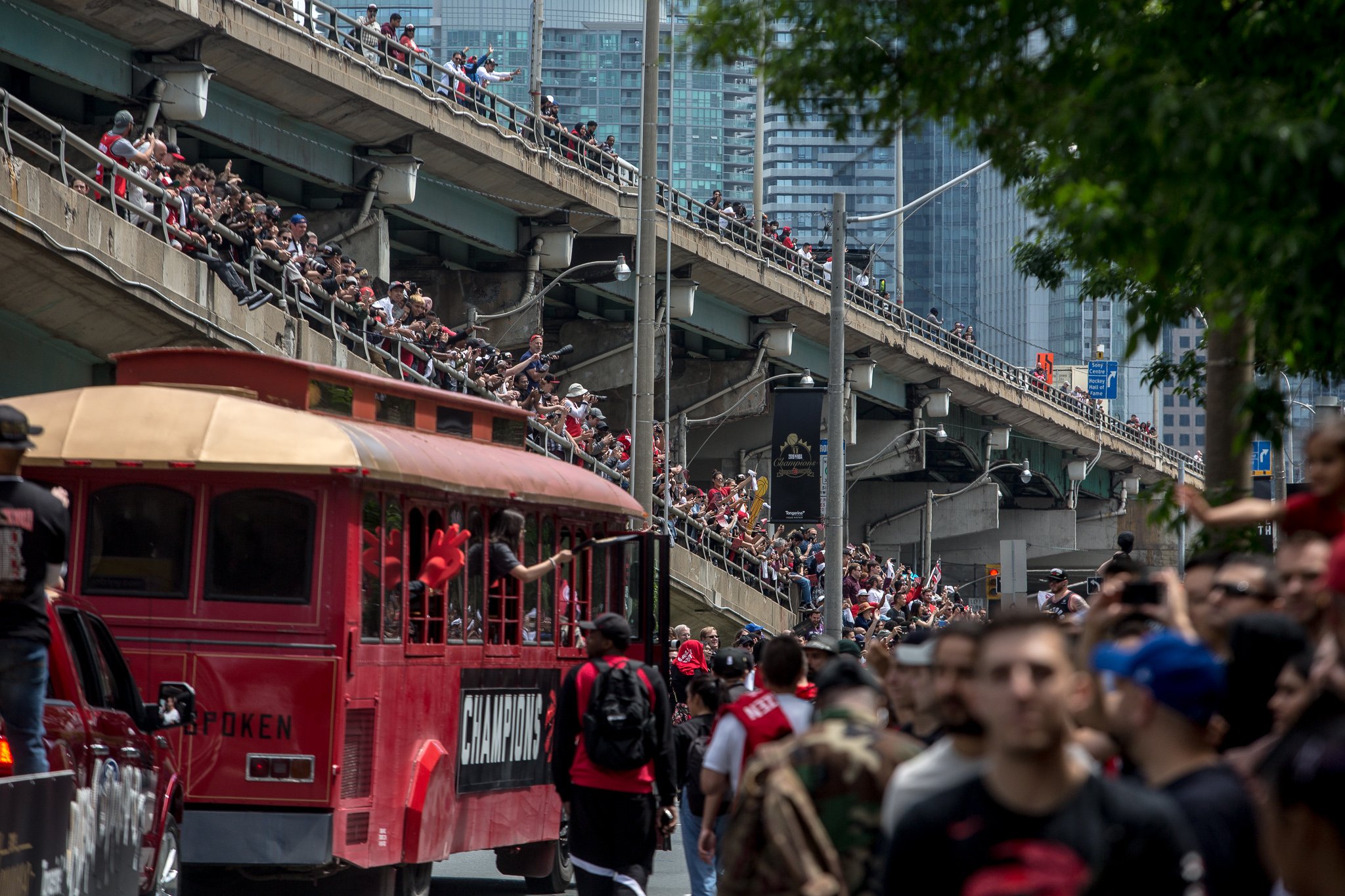 Every street-facing window and rooftop was occupied: 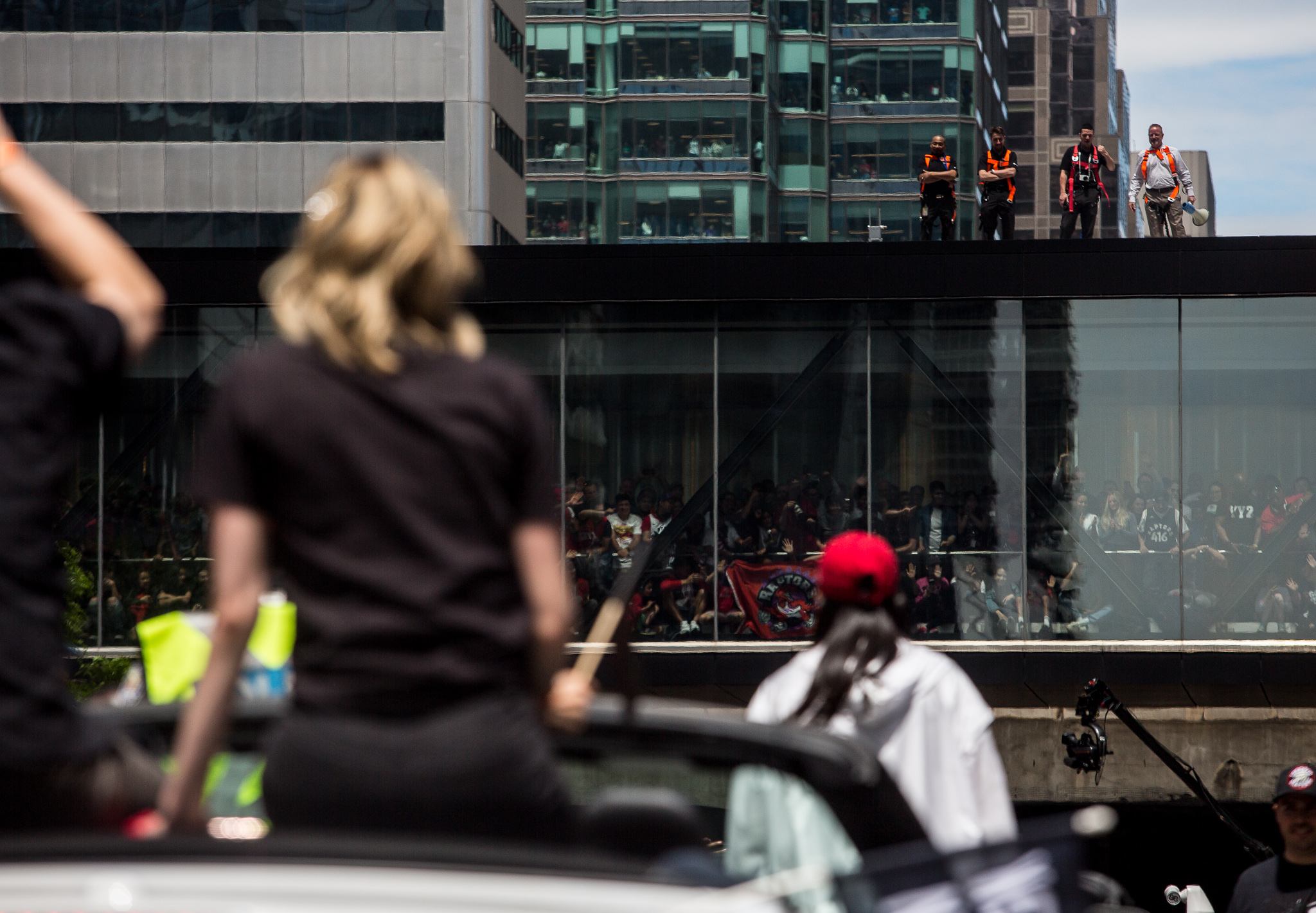 People climbed everything they could: 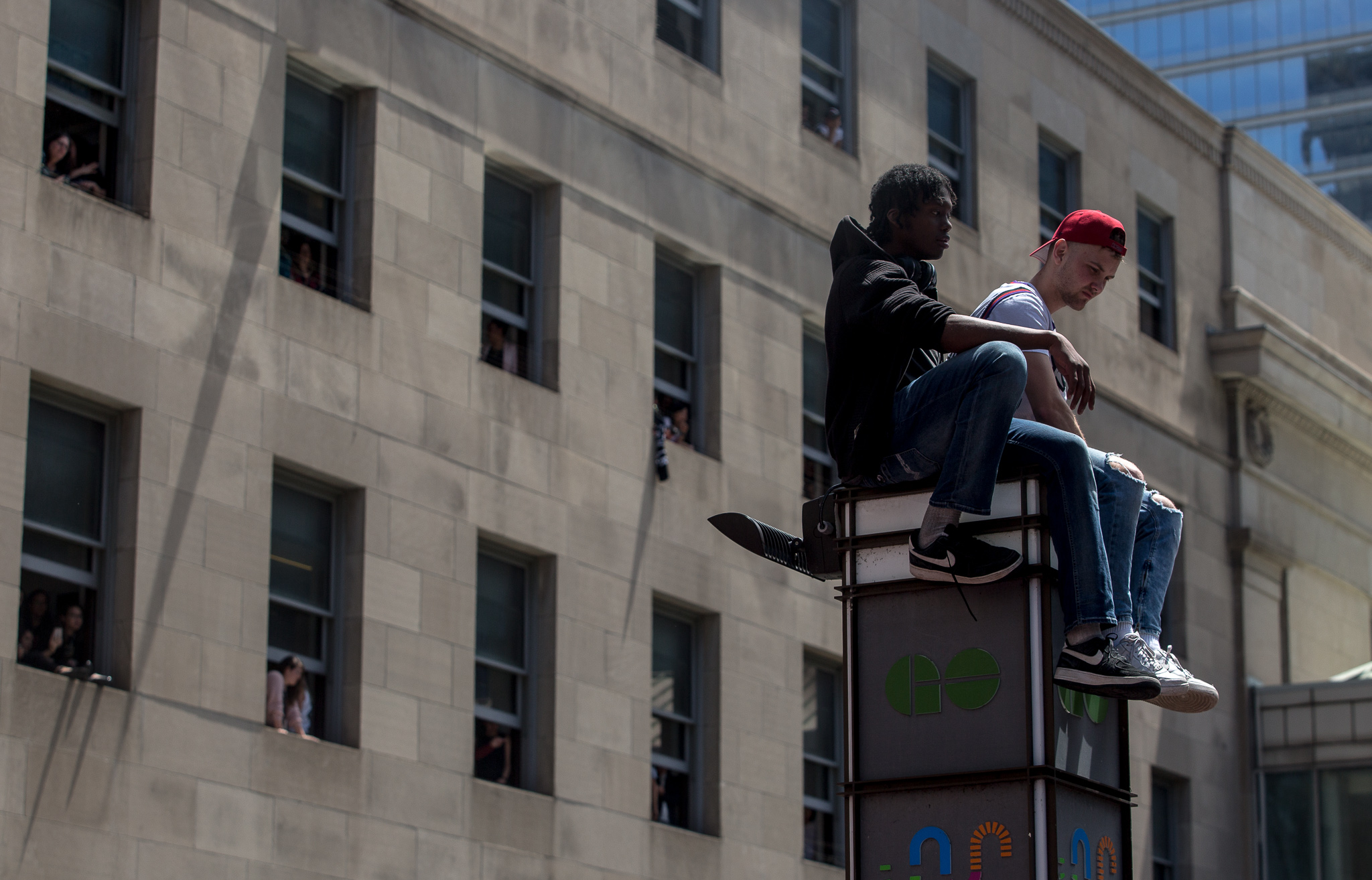 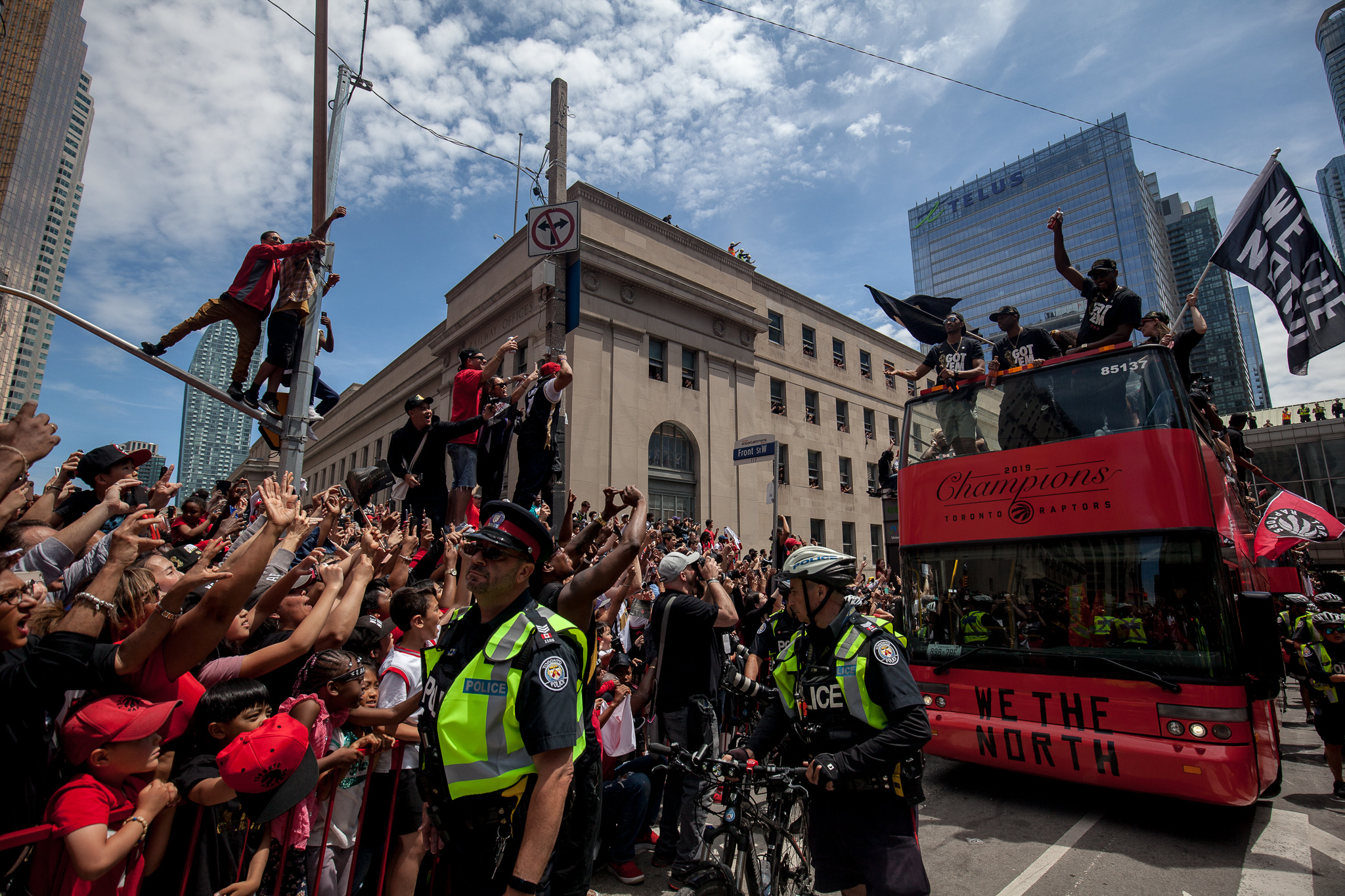 If you were within a few feet of the buses, you were in the splash zone: 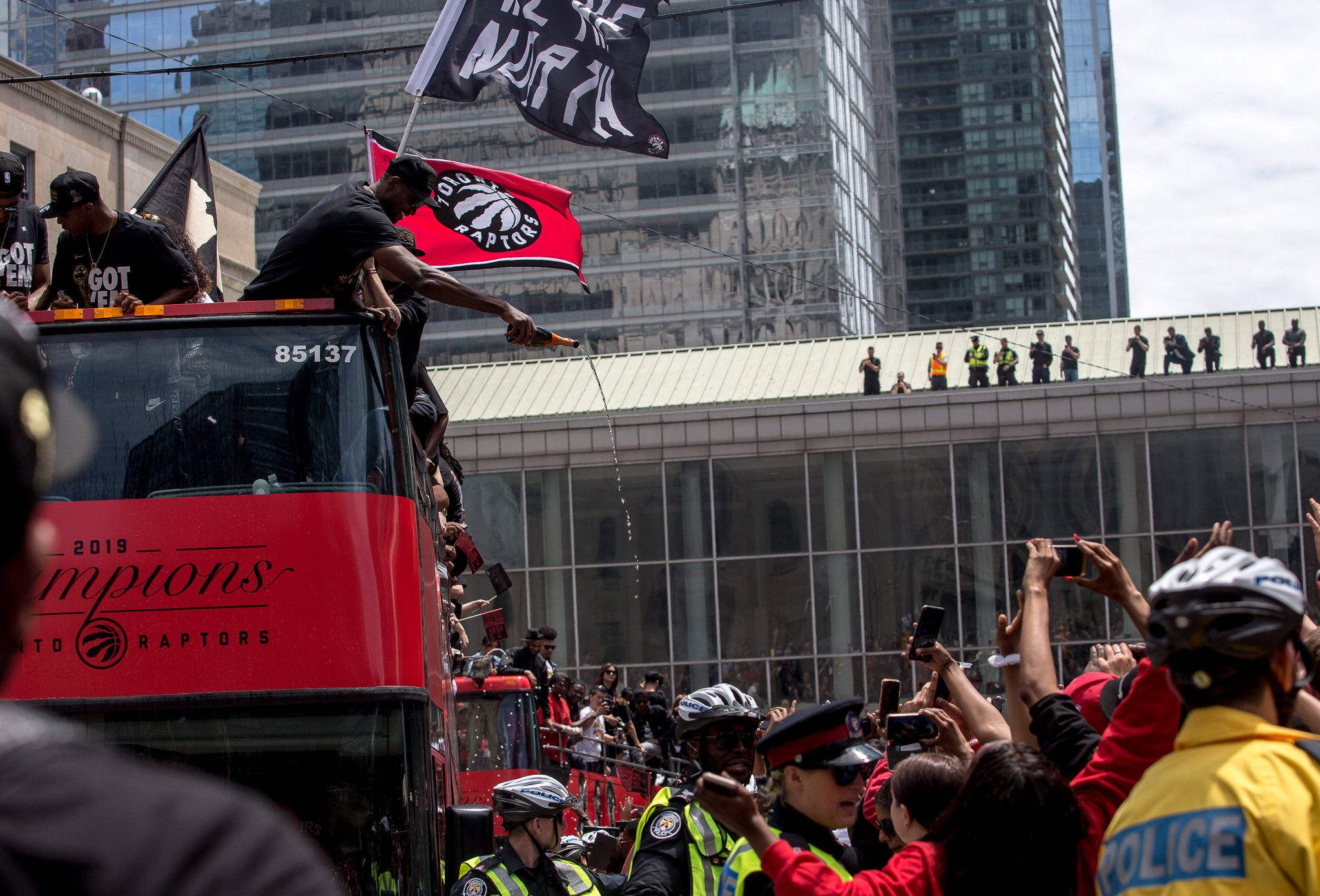 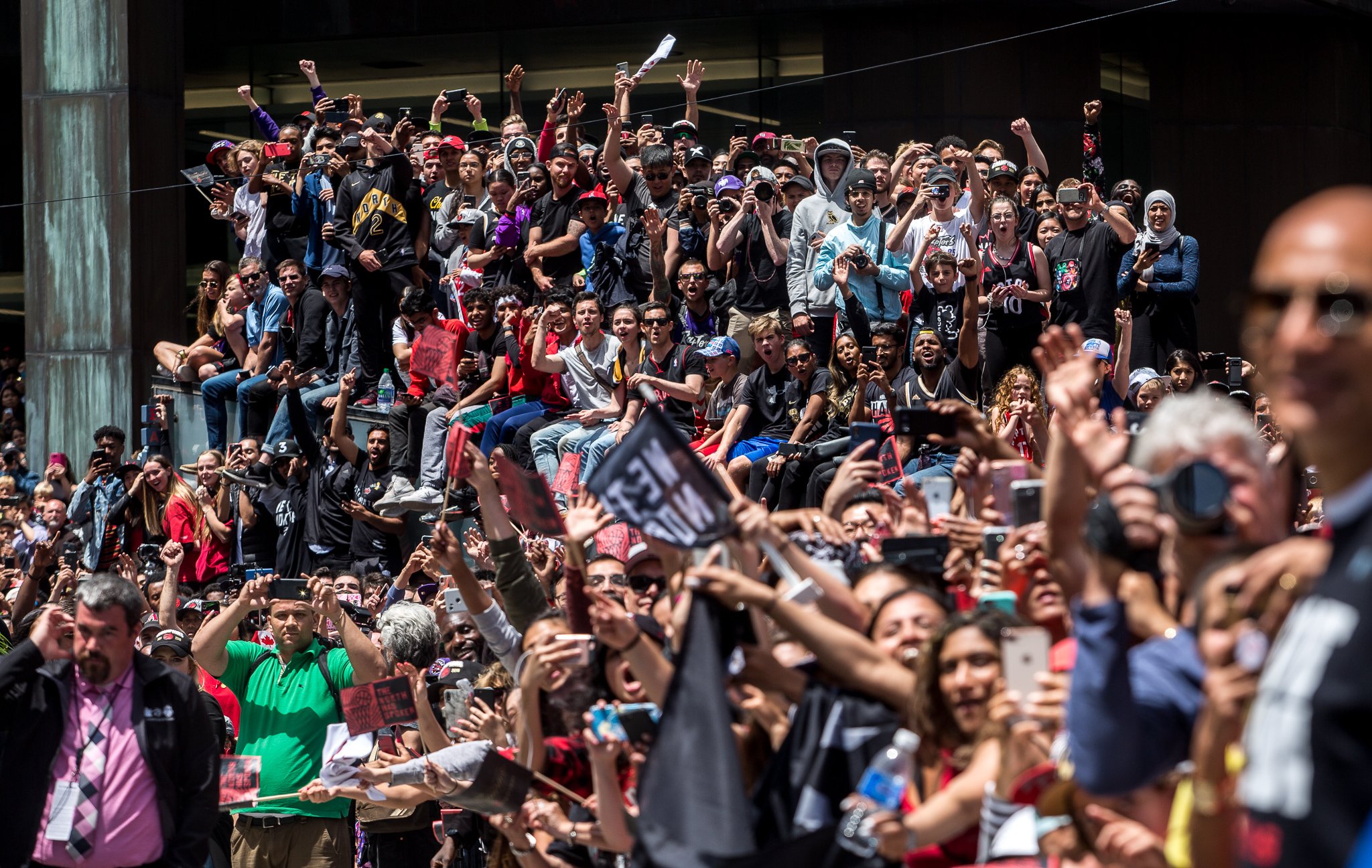 For parade-goers, there wasn’t much room to move around: 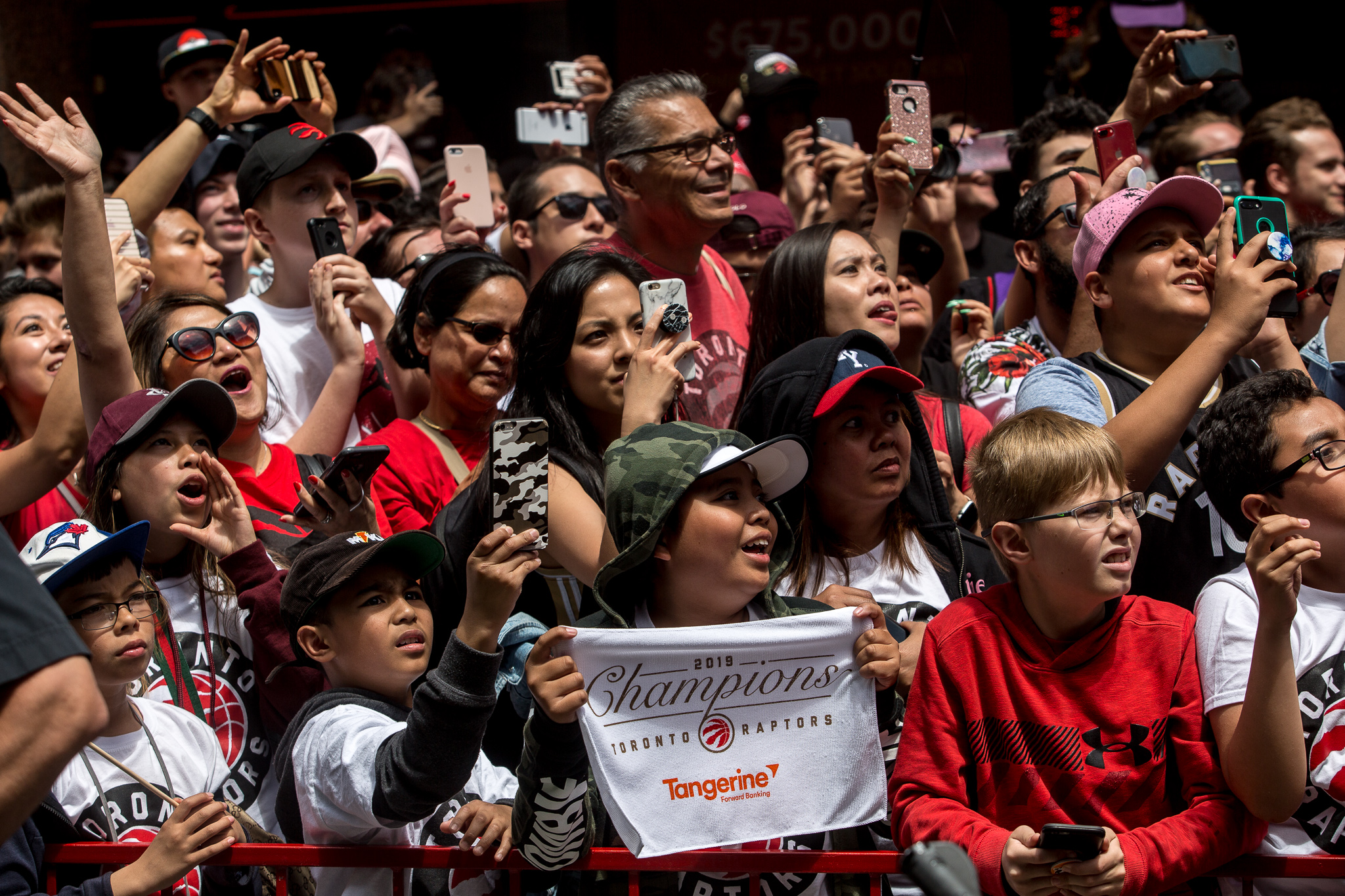 At times, the scene was a little apocalyptic: 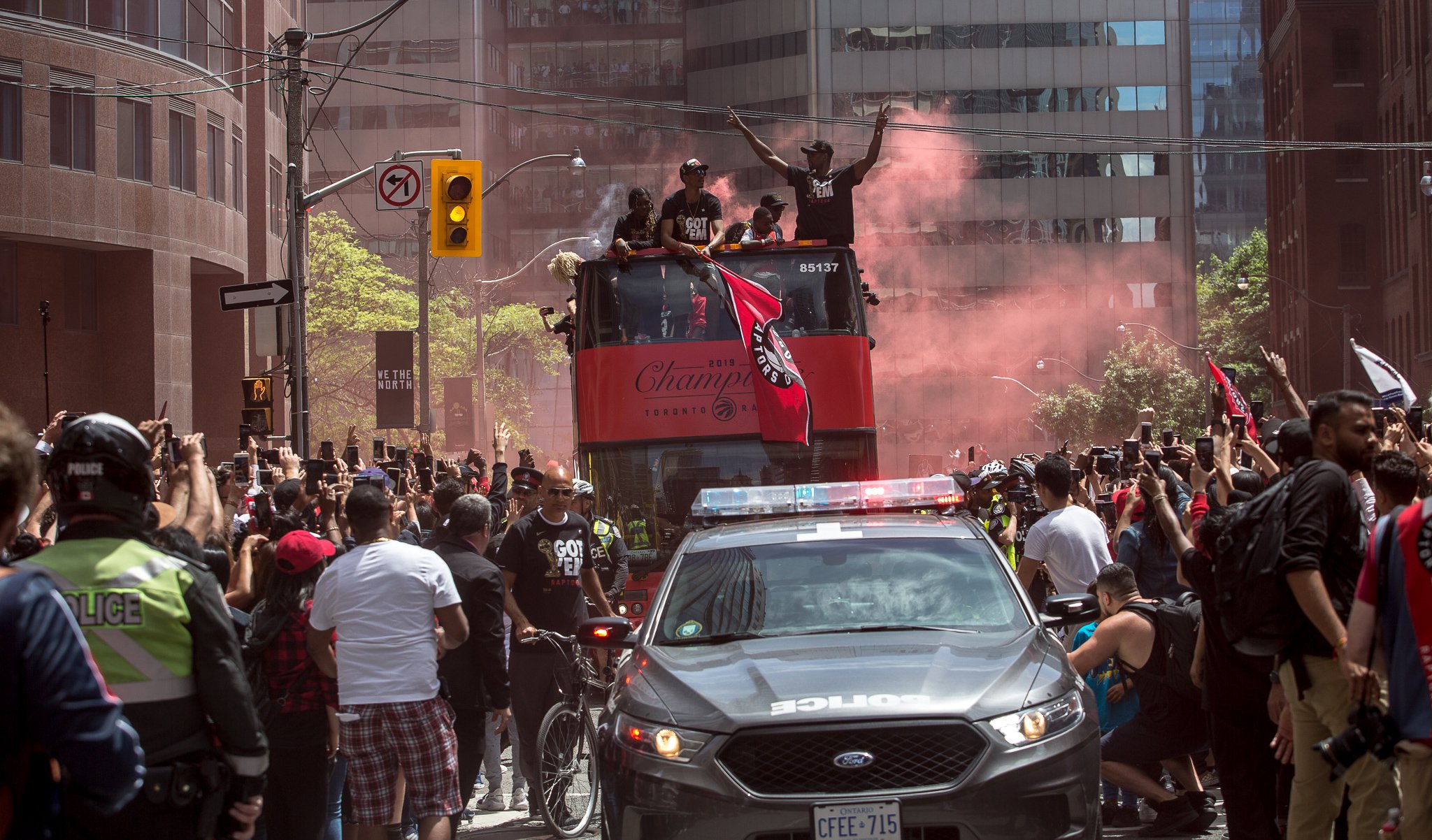 All along the parade route, there were signs begging Kawhi to stay in Toronto for another season: 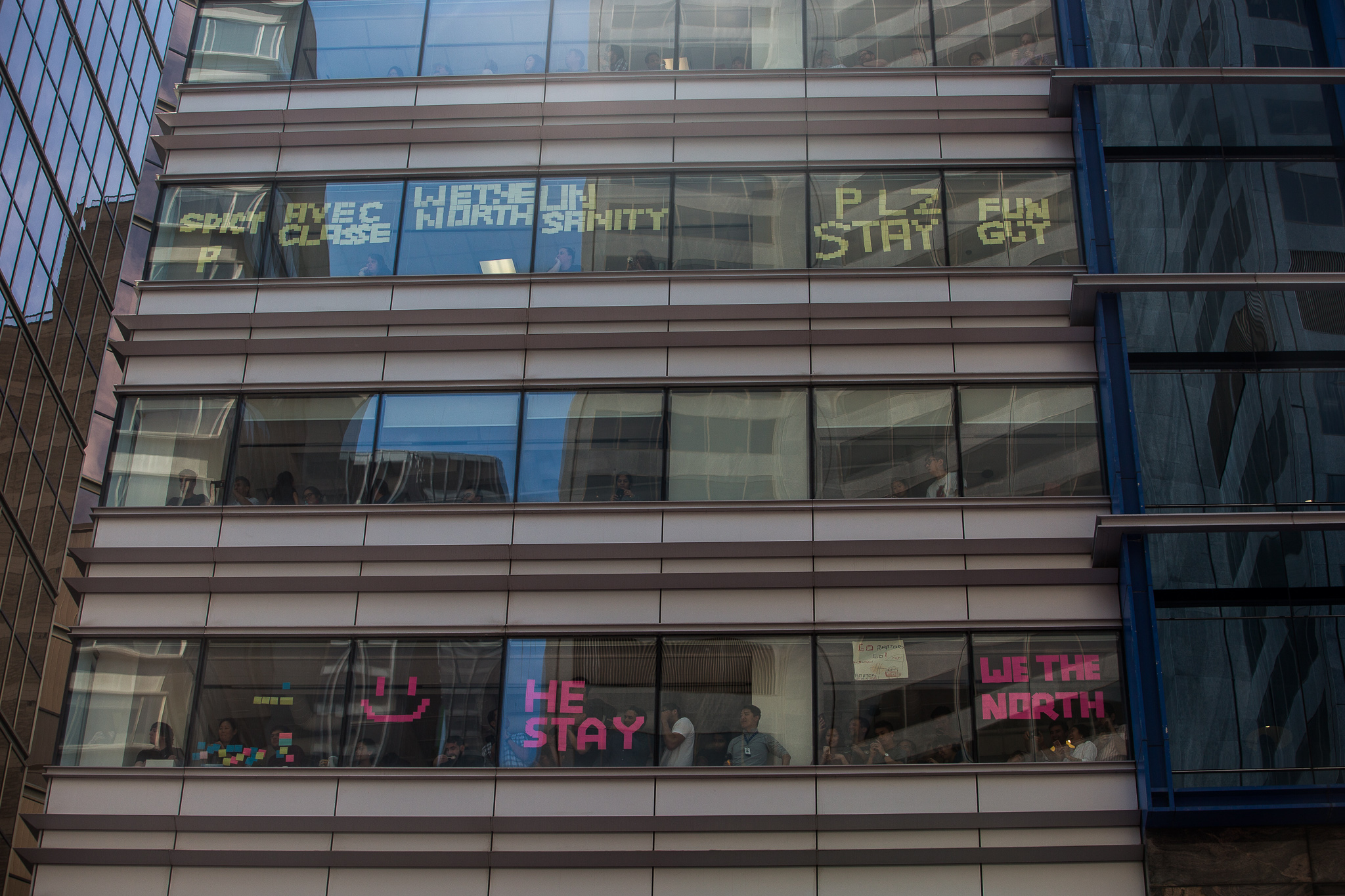 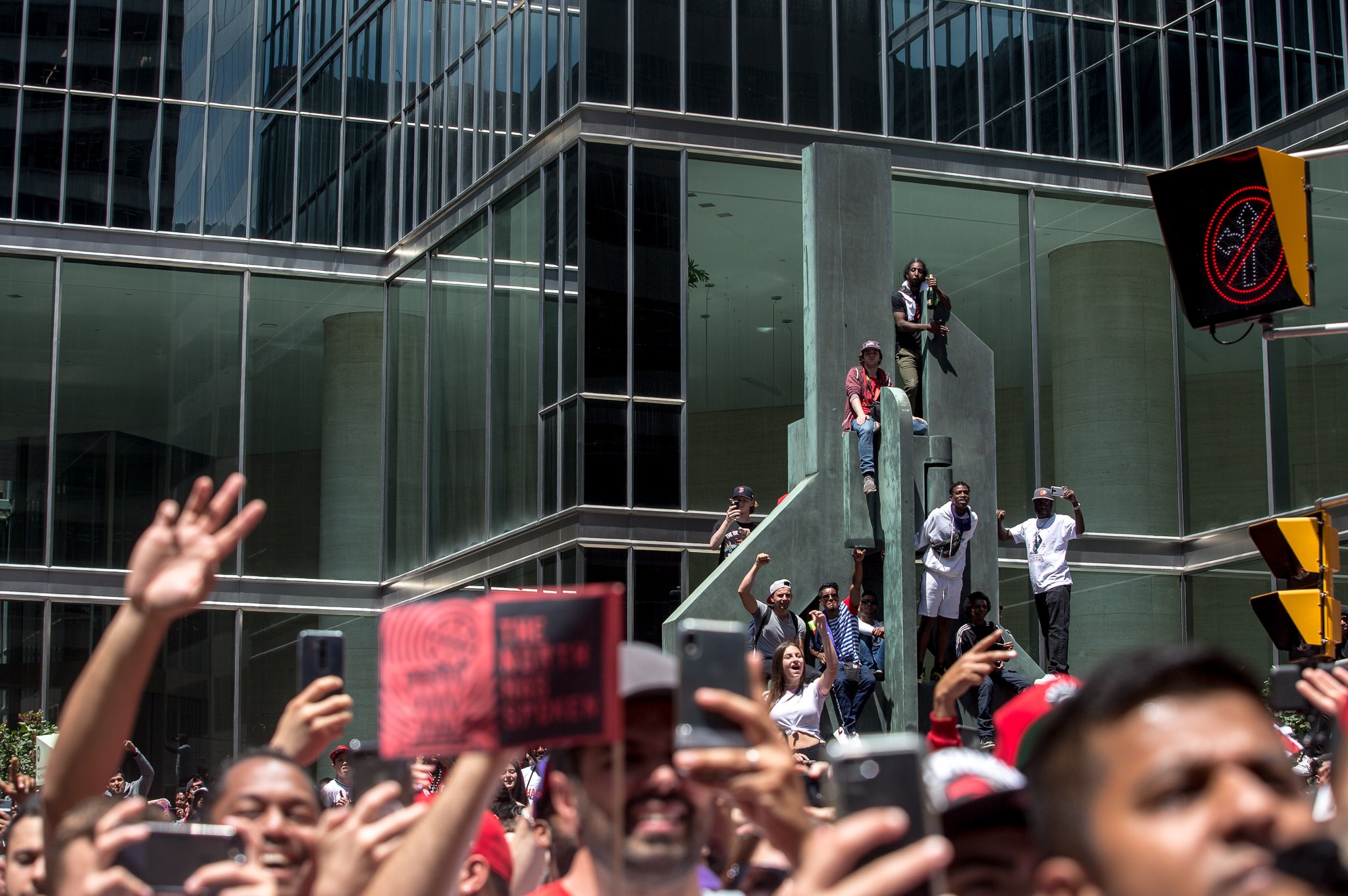 Someone jumped the gun on Pride with a little rainbow confetti: 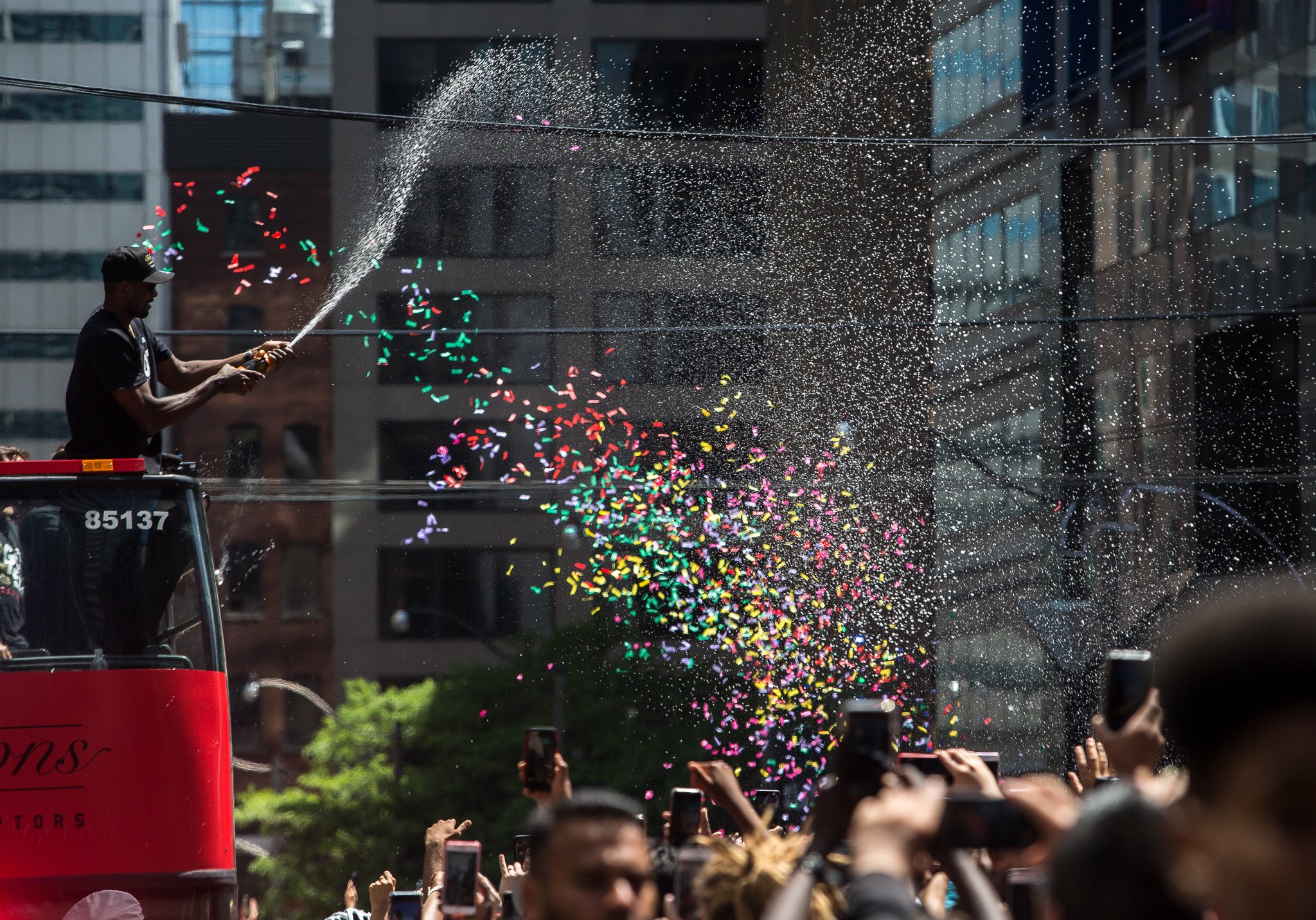 The hero worship was a little out of control: 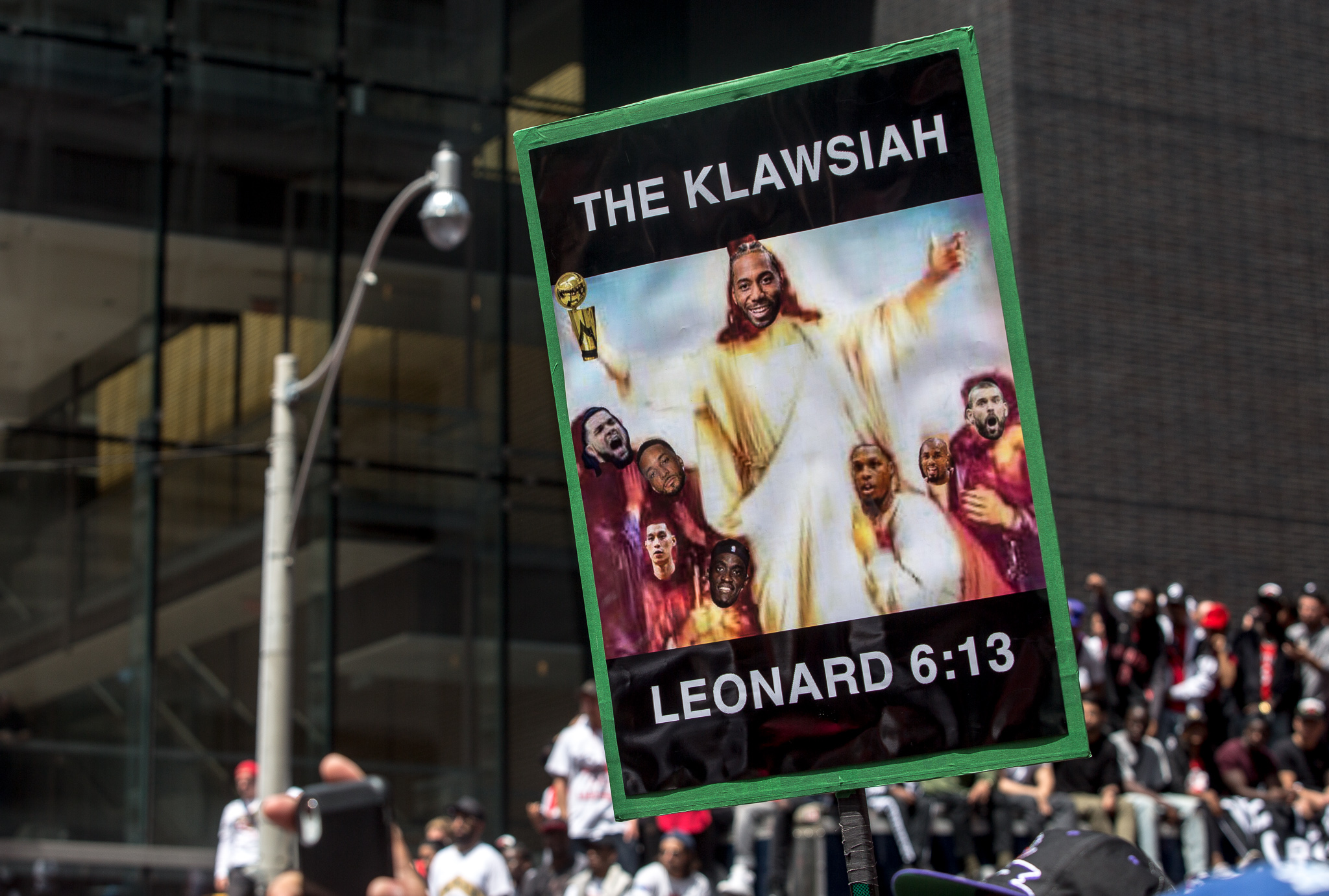 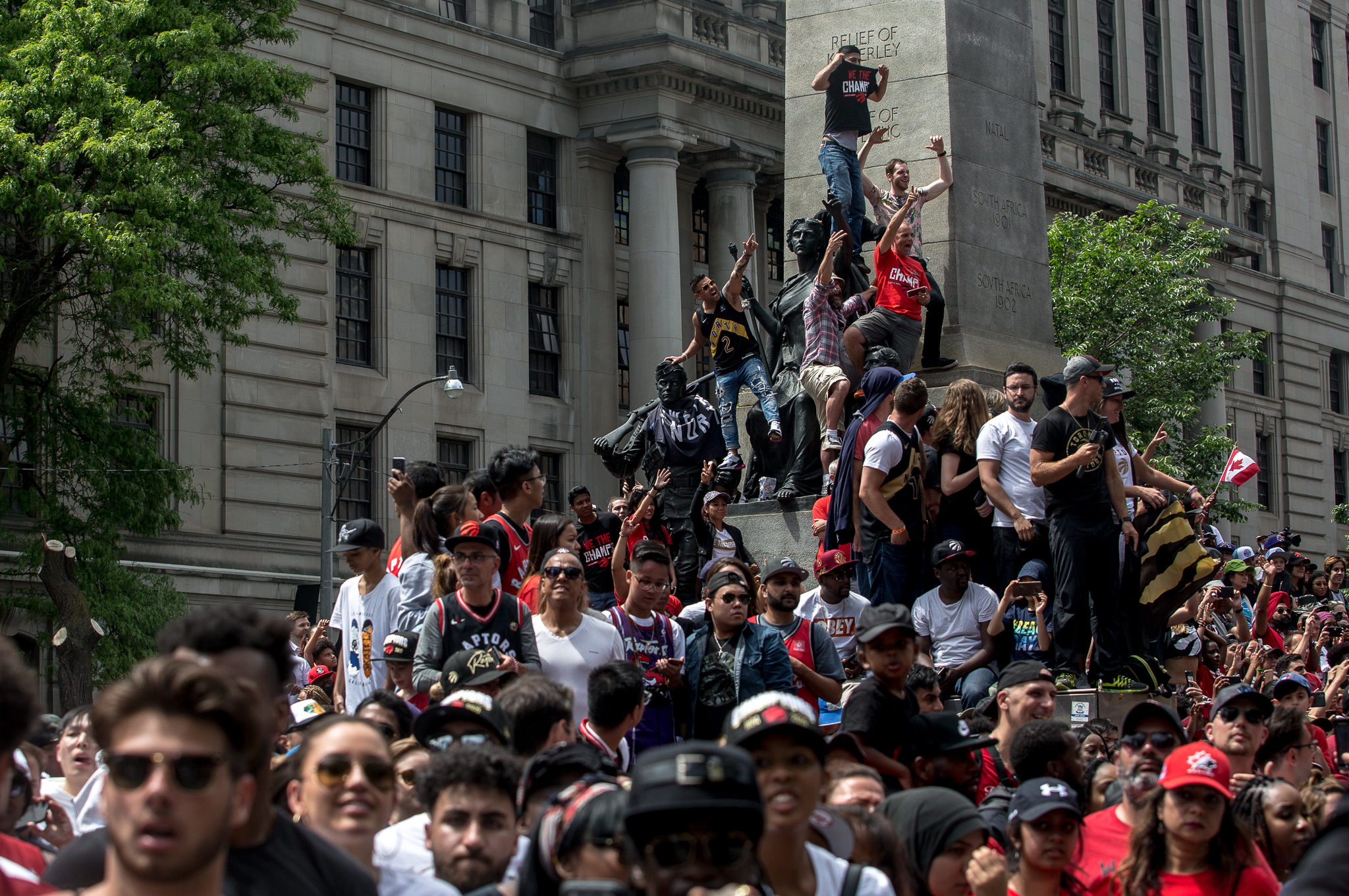 The parade ended at Nathan Phillips Square after multiple hours of delays because of crowding. Quite a few fans were there awaiting the team’s arrival: 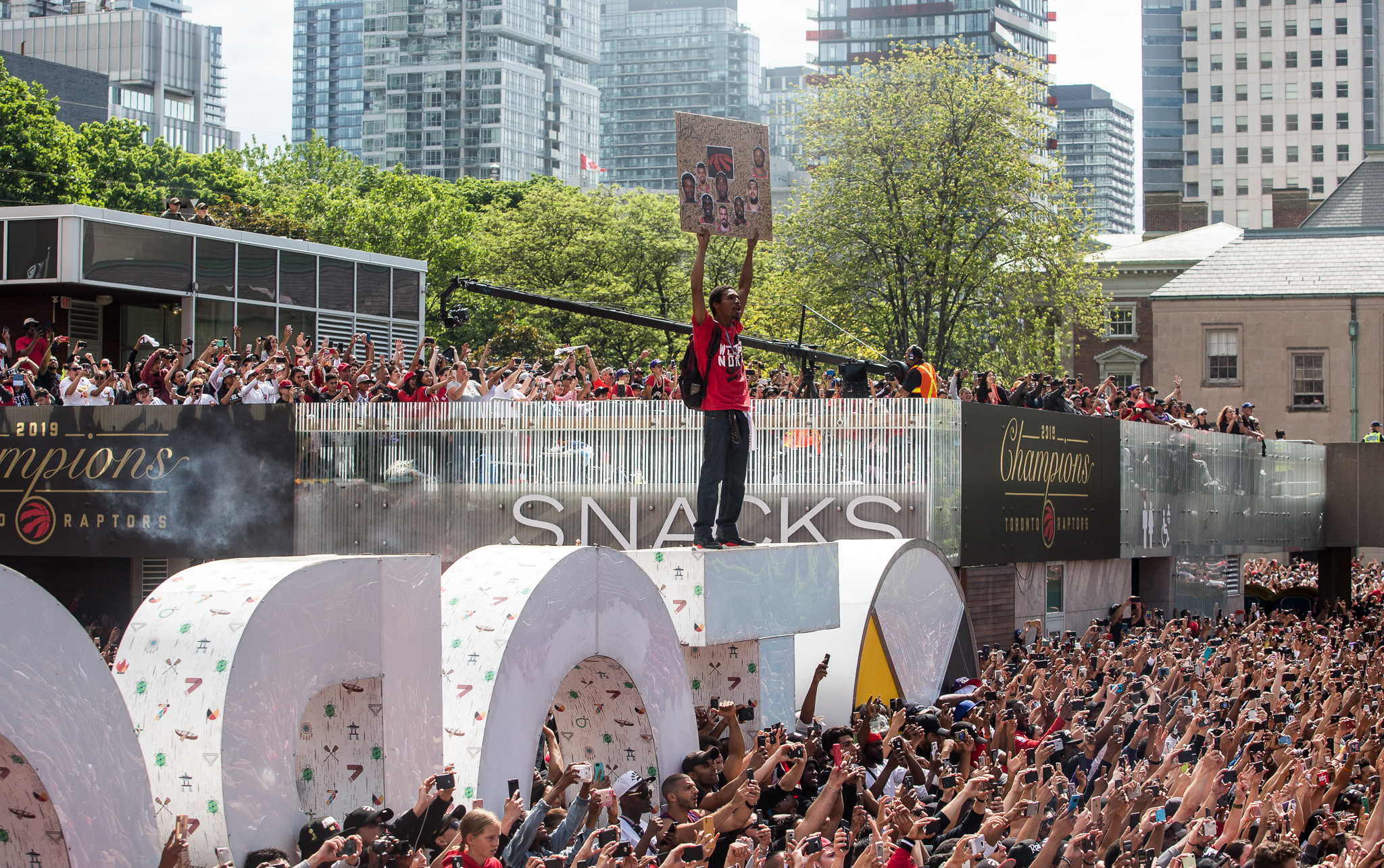 This guy turned Kawhi Leonard’s game-seven buzzer beater against the Philadelphia 76ers into an outfit: 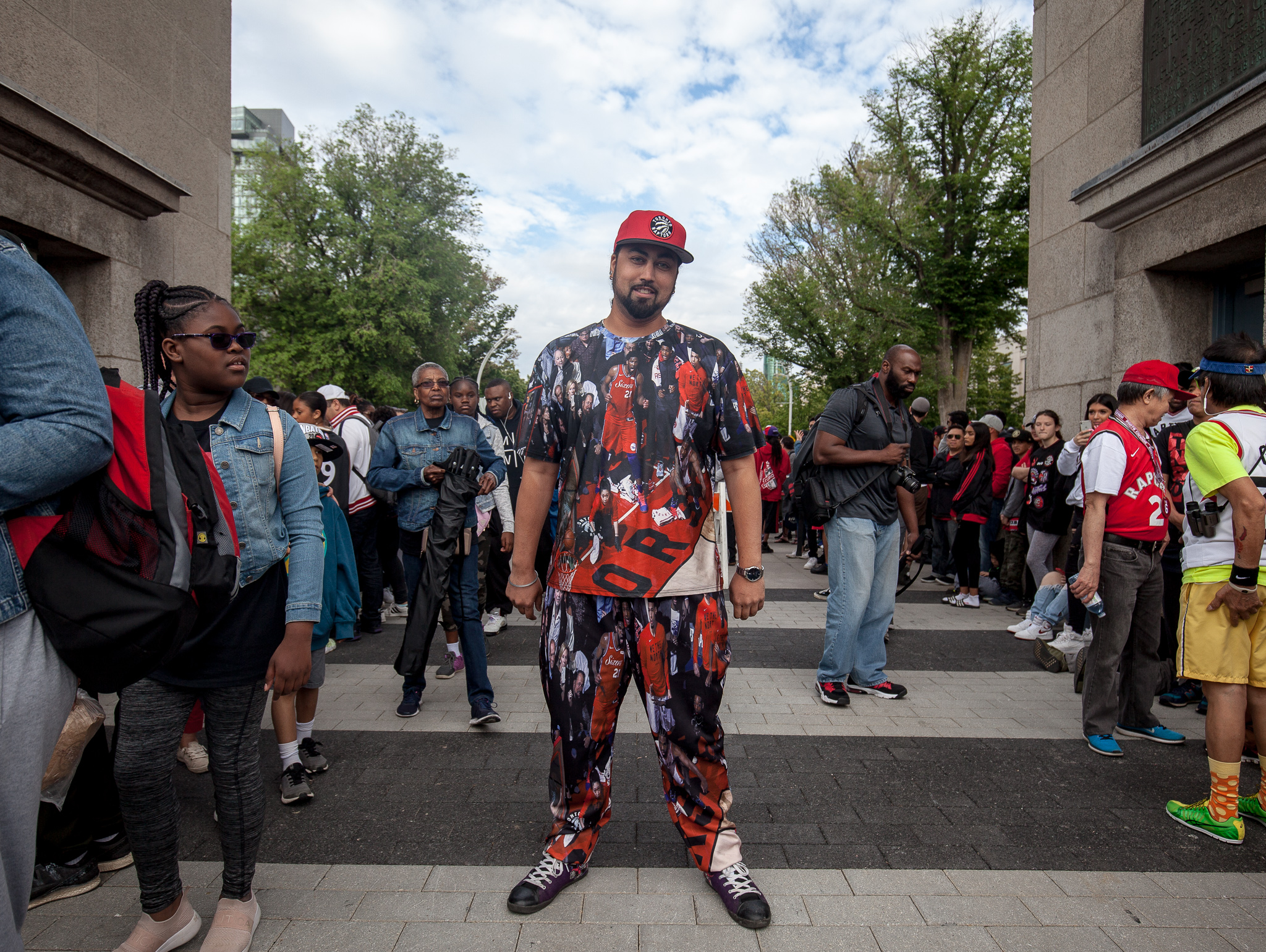 Most people in Nathan Phillips Square had a view like this: 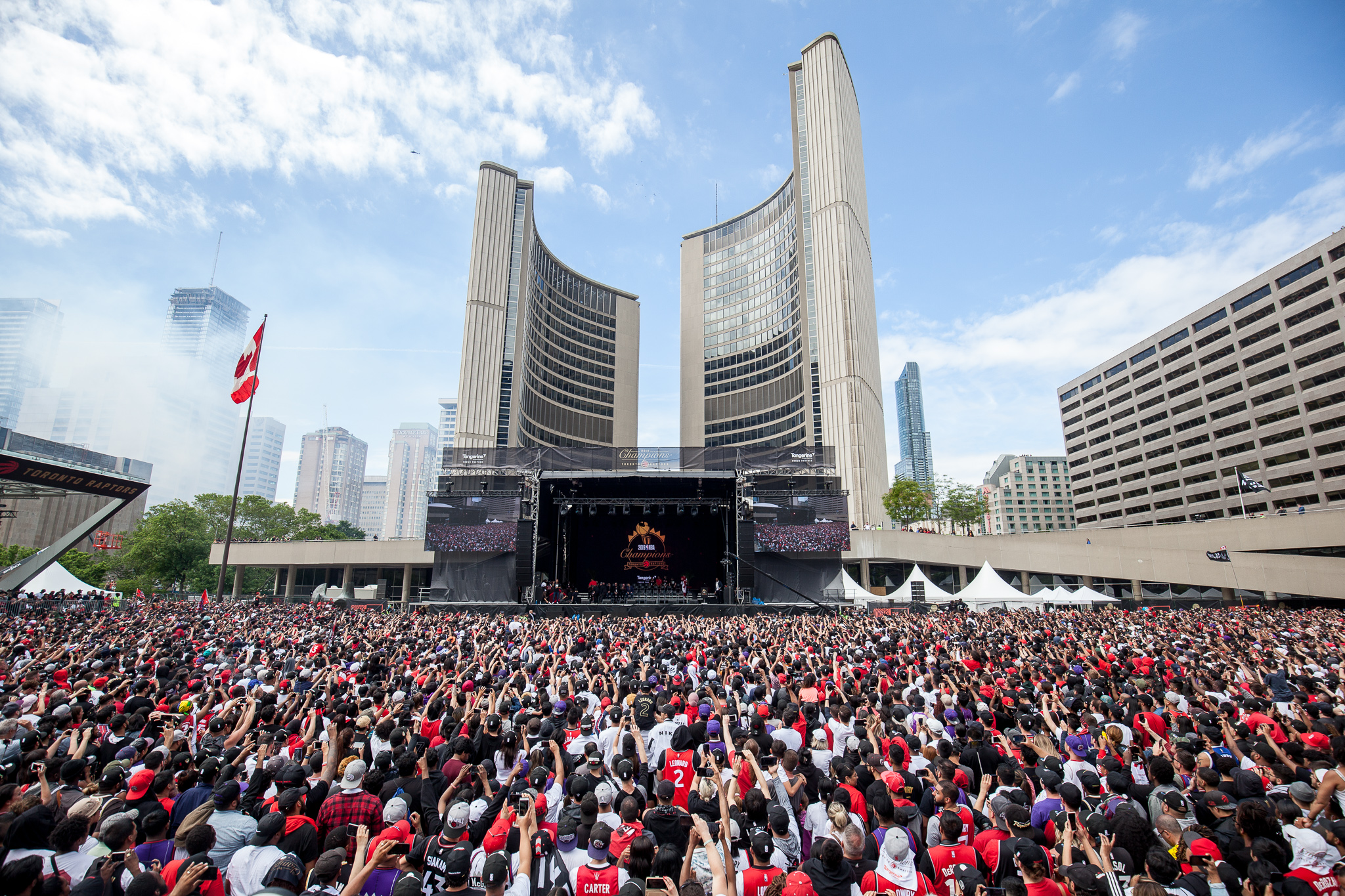 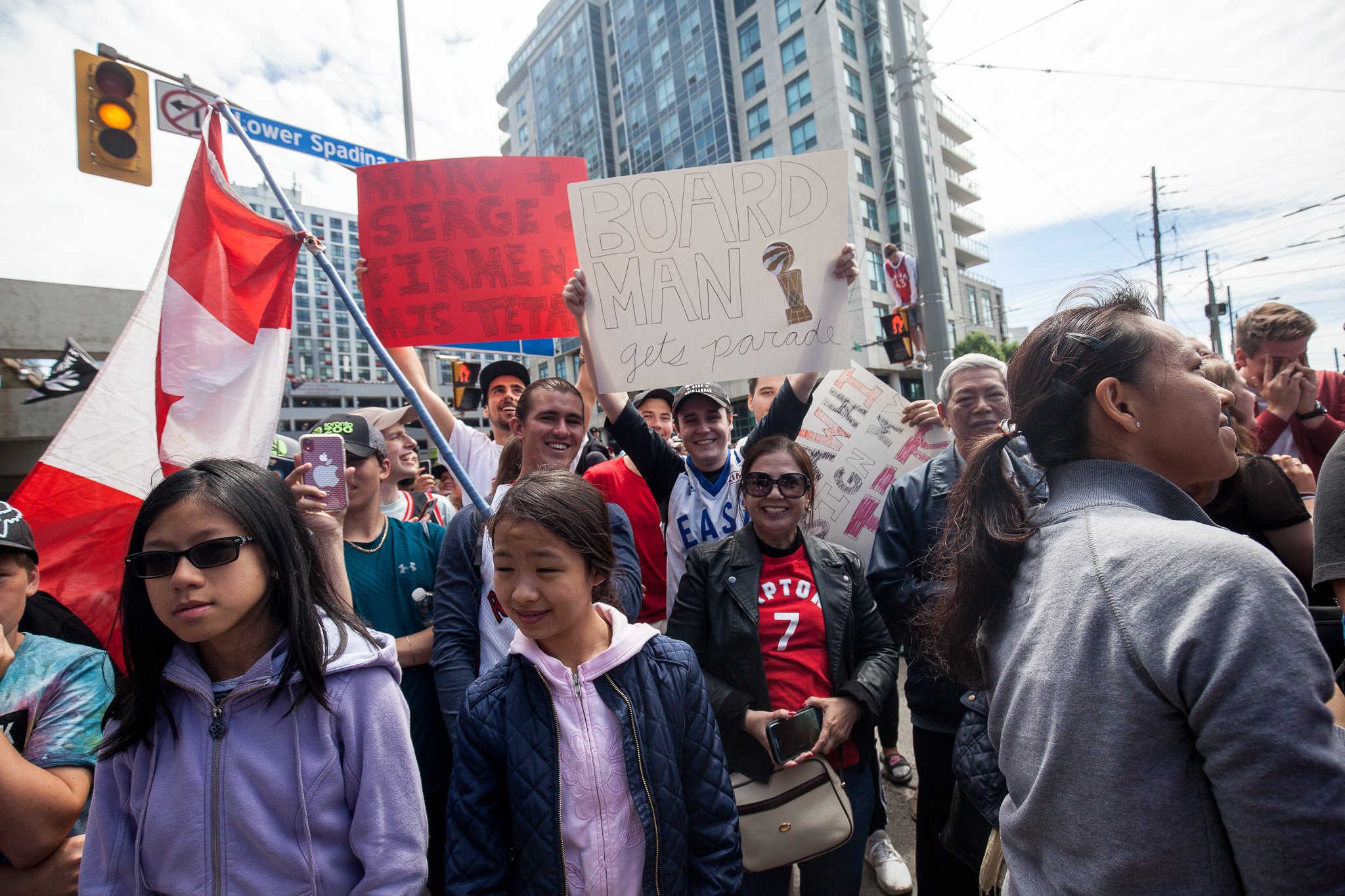