Donna Young, dean of Ryerson’s new faculty of law, is launching a law school like no other

Donna Young, dean of Ryerson’s new faculty of law, is launching a law school like no other 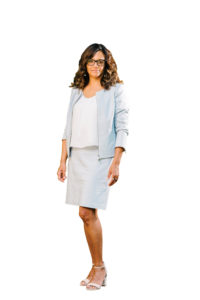 Toronto already has two law schools. Why do we need another one?
The idea that we are oversaturated with lawyers is inaccurate. Chicago, which has a similar population, has six law schools. But our law school’s foundational principles are different: we aim to be inclusive, accessible to underrepresented groups and tailored to the changing legal landscape of the 21st century—and for that there is absolutely a need.

Why is the legal system so inaccessible? Is it the powdered wigs? The insistence on Her Majesty’s English?
Ha! White men drafted, interpreted and implemented our laws in an era very different to ours, and the legal system reflects that. That’s why I was so excited to build an institution founded on social justice and inclusion, which are reflected in all aspects of our law school: curriculum, faculty, admissions.

And how about cost? Tuition is expensive, but so are the LSAT courses, law textbooks and more.
We know that people who can afford LSAT prep courses have an advantage over those who cannot, and many of that latter group are the ones applying to Ryerson law. So how do we find balance? Through a holistic admissions process. Grades are very important but they’re not the only thing. Applicants submit their best two years of undergraduate GPA rather than all four. That way, if an applicant without financial resources hits obstacles that result in poorer academic performance, they won’t be disqualified.

Ryerson is also providing a path that doesn’t require a year of articling. How does that work?
In first year, students are taught by tenure-track professors along with practising lawyers; in second year, they get in-class instruction and the opportunity to work a real legal case; and a portion of third year is a professional placement, so students can learn practical skills throughout their three years and start practising sooner.

In what ways do you expect a more diverse community of lawyers will change the system?
Few laws right now are overtly discriminatory, which is quite new. Until the early 2000s, people in same-sex relationships were prohibited from marrying, for example. But interpreting, implementing and enforcing the law fairly requires inclusivity in legal institutions. Diversity provides multiple perspectives for dealing with fundamental societal problems and helps us build a more trustworthy, fair and equitable system. And among institutions I include the judiciary, which should also be examined for its diversity.

I think I know the answer to that one.
Well, exactly. I am only the second woman of colour to be the dean of a Canadian law school. At UBC law, I was one of two Black students in a student body of 800. It was a bit better when I moved to Osgoode, but not by much. I’m aware of the symbolism of my appointment. I’ve received some very supportive letters, including one from Canada’s first Black female law school dean, Juanita Westmoreland-Traoré. She said this job would not be easy but it would be the most fulfilling thing I’ve ever done. That was incredibly meaningful.

You moved back to Toronto from Albany Law School in December to take the position. Was it always the plan to come home?
I hadn’t considered the change until this opportunity came along, but at the same time I never really left Toronto—I’ve spent as much time here as I possibly could on winter and summer breaks. I’m still in touch with my friends from kindergarten. My parents still live in North York in the house I grew up in, and it’s been great to visit them. My husband is also a law professor, and he’ll be teaching at the law school. We chose Cabbagetown so we could walk or bike to work.

Launching a law school is challenging at the best of times. Doing it during a pandemic—
Is extremely challenging. It looks like the majority of classes will be offered remotely, but we’re looking at ways to connect in person.

The BLM movement has brought important conversations about inclusivity and diversity to the fore. Did you participate in the protests?
Yes, in Albany. I’m grateful for Black Lives Matter. I don’t think society achieves significant legal change without protest. Activism is what pushes our legal system forward. And BLM is a reminder of how far we’ve come but also how far we have left to go here at Ryerson.