“When the ball is in play, sit the FCK down”: Twitter’s take on Drake’s courtside behaviour

“When the ball is in play, sit the FCK down”: Twitter’s take on Drake’s courtside behaviour 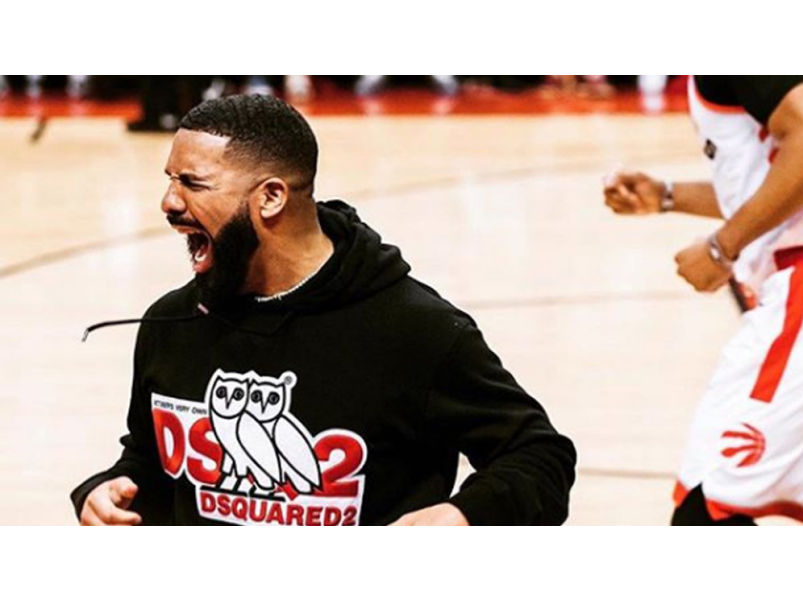 The many faces of courtside Drake

The Raptors are in the NBA Finals, a feat that has never been achieved by a Canadian team (to be fair, they are the only Canadian NBA team). As much as the focus has been on Kawhi Leonard and his quiet intensity, it’s also been on Raptors ambassador, hometown hero and rap sensation Drake’s courtside antics. It seems like the Raptors like him just fine—they just gifted him a $769,000 jacket, after all—but the rest of the world is divided on his shenanigans. Here’s Twitter’s take, ahead of the Raptors first game in the finals against the Golden State Warriors.

Smash Mouth—yes, the band from the major motion picture Shrek—told Drake to sit down when the ball is in play. Think they wanted to say Fush Yu Mang? Think Drake was walking on the sun, thanks to that searing hot burn? Guess they can get enough of him, baby:

Yo @drake When the ball is in-play sit the FCK down! That aint gonna fly in Oakland! #GlorifiedMascot @warriors @Raptors @NBA @E40

This user notes that other celebrities manage to stay in their seats during the game, so why can’t Drake?

Beyonce. Jay. Rihanna. Denzel. They all just go to a game, sit there, and enjoy it. But this caramel macchiato juxebox can’t enter a stadium without acting like he’s in a fantasy camp.

Warrior Klay Thompson is a fan of Drake the artist, not Drake the Raptors fan:

This Tweeter references Drake’s frequent shoulder rubs to Raps head coach Nick Nurse, quoting a line from his song “Back to Back”:

Warriors coach Steve Kerr isn’t worried about Drake—and makes the dad joke of all dad jokes—saying “I called him on his cell phone” (like in Hotline Bling, get it?) For the record, it’s also very dad-ly to reference a four-year-old song:

Steve Kerr is ready for Drake, he already made a call to him ? pic.twitter.com/hA67KuTG2b

Comedian Daryn Jones jokes that Drake will be a second coach once the Raps play the Warriors:

Drake bringing his own clipboard to the Warriors series ?#raptors #warriors #wethenorth

This meteorologist in Green Bay, Wisconsin doesn’t like Drake’s shenanigans either, but since Green Bay is only about a two-hour drive to Milwaukee, we’re guessing he’s a Bucks fan:

Is there anything more annoying than #Drake pacing courtside talking smack to Giannis?

Similarly, this Milwaukee reporter is done with Drake:

I’m deleting every #Drake song from my Spotify playlist #Bucksin6

This fan is all for his antics:

Donovan Bailey, who was in the stands for Game 4, comes to Drake’s defense, with the most chill emoji of all: the shrugging guy.

In a race, my attention was solely on me. I spent a lot of time preparing to be mentally and physically ready to perform to the best of my ability. The last thing I was focused on was who was in the front row & what they were doing. But hey, that’s just me ??‍♂️. #Drake #WetheNorth

Drake seems to agree. Here’s a recent Instagram of his, which includes the shrugging guy and a salt shaker. (Bucks head coach Mike Budenholzer called Drake out on his courtside manner. With this ‘gram, Drake seems to be saying Budenholzer is just plain salty.) 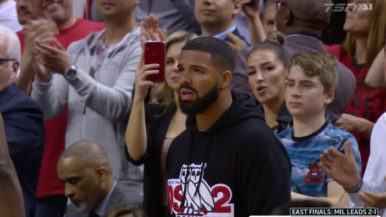 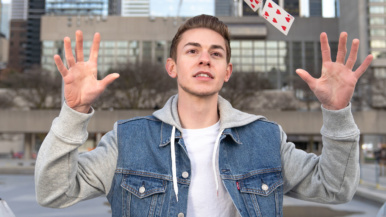 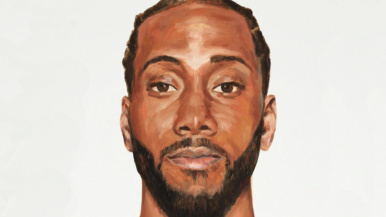 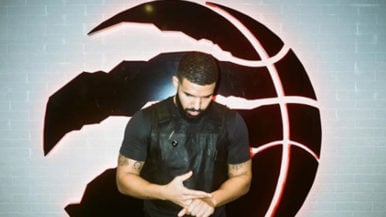