With the Raptors in the Conference Finals against the Milwaukee Bucks, Toronto’s basketball bandwagon is in full effect. Tickets to home games at the Scotiabank Arena are a hot commodity, so it’s no wonder that the crowd is often full of local notables, some of them no doubt praying for the TV cameras to swing their way. Here are a few famous faces we spotted in last night’s crowd.

The biggest supporters of the Raps (besides the throngs of fans outside) have been other sports stars. Toronto Maple Leaf Nazem Kadri took in last night’s game in a Space Invaders hoodie: 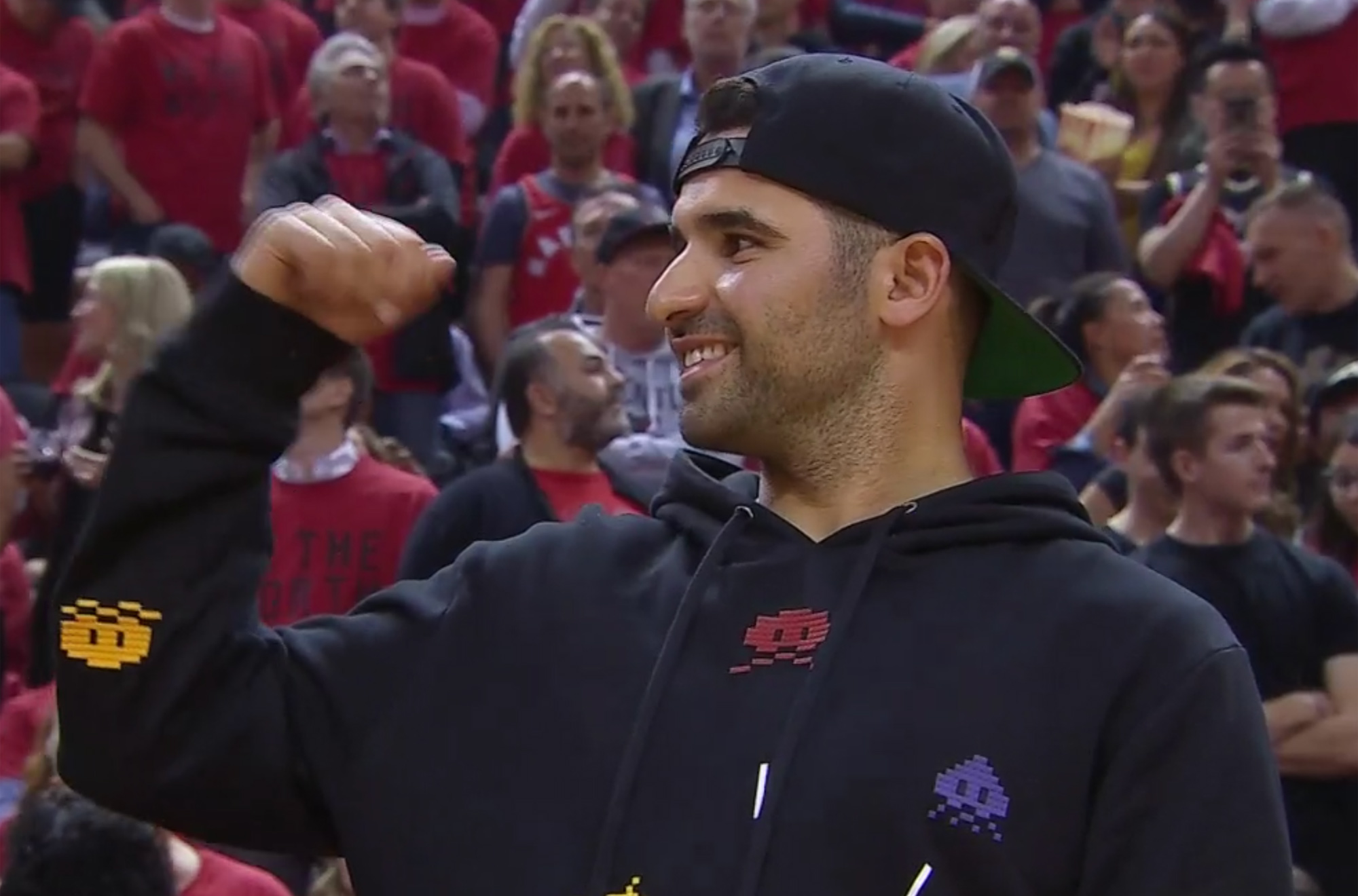 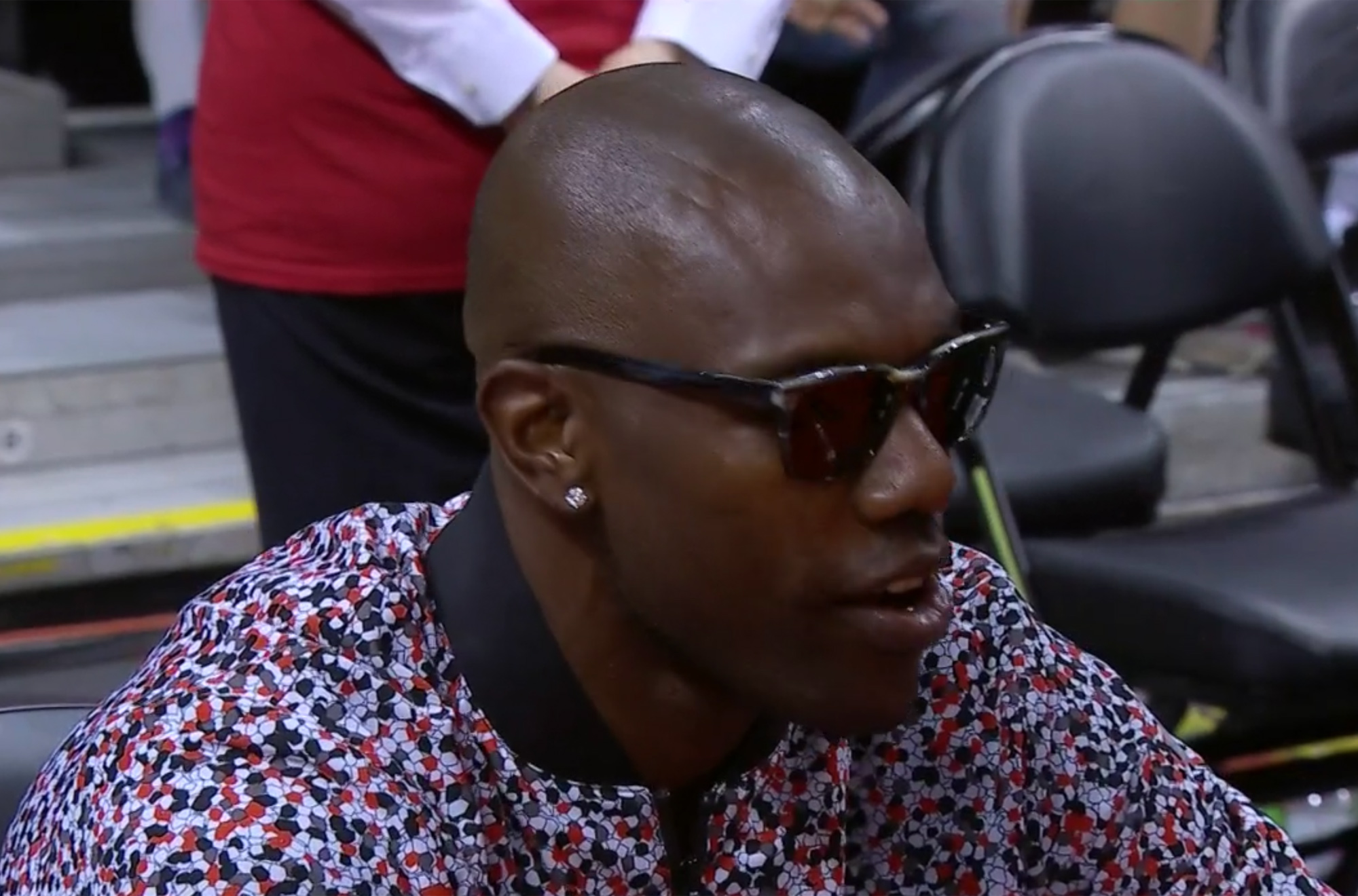 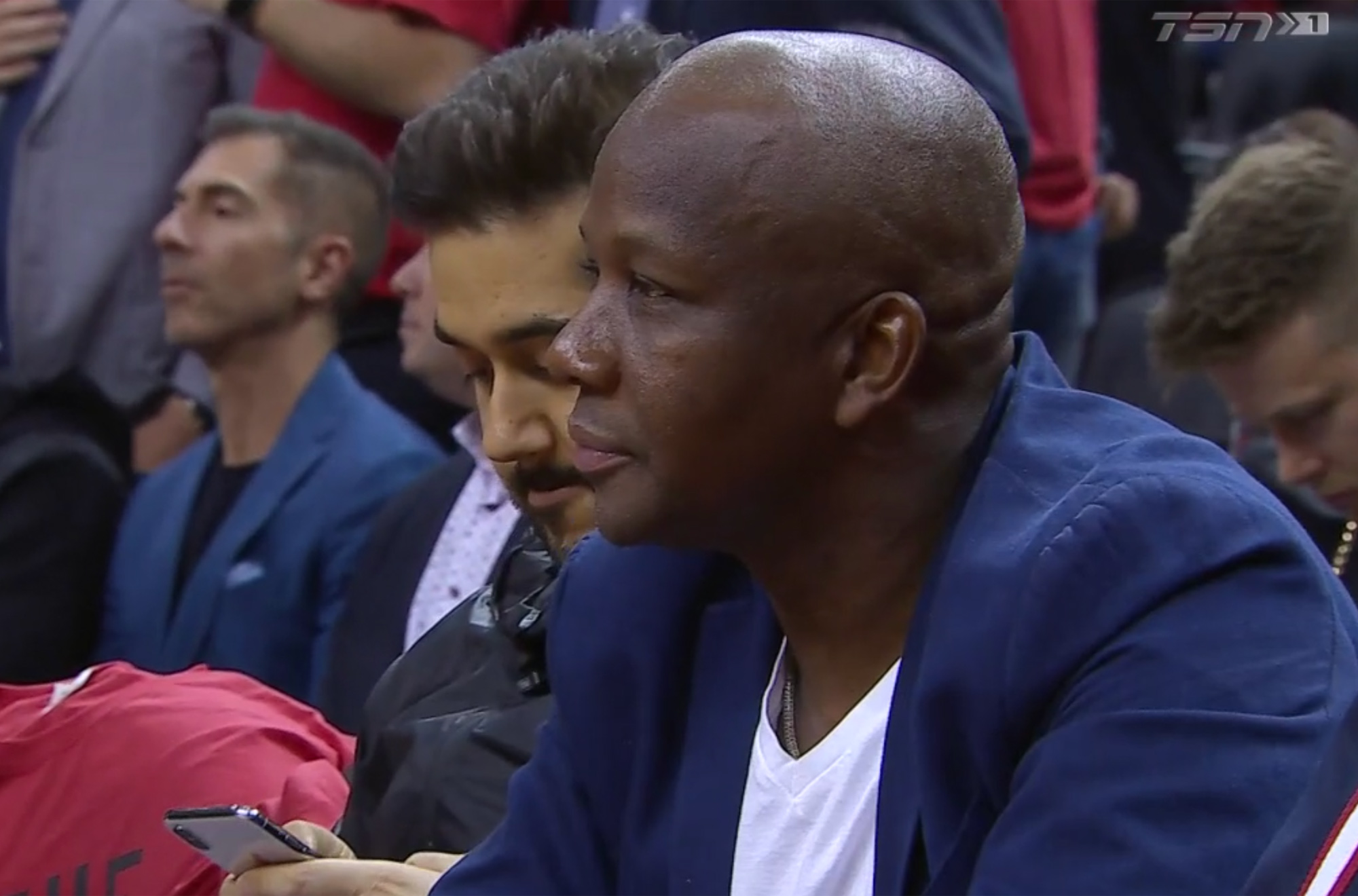 Another Leaf, Mitch Marner, attended with a friend: 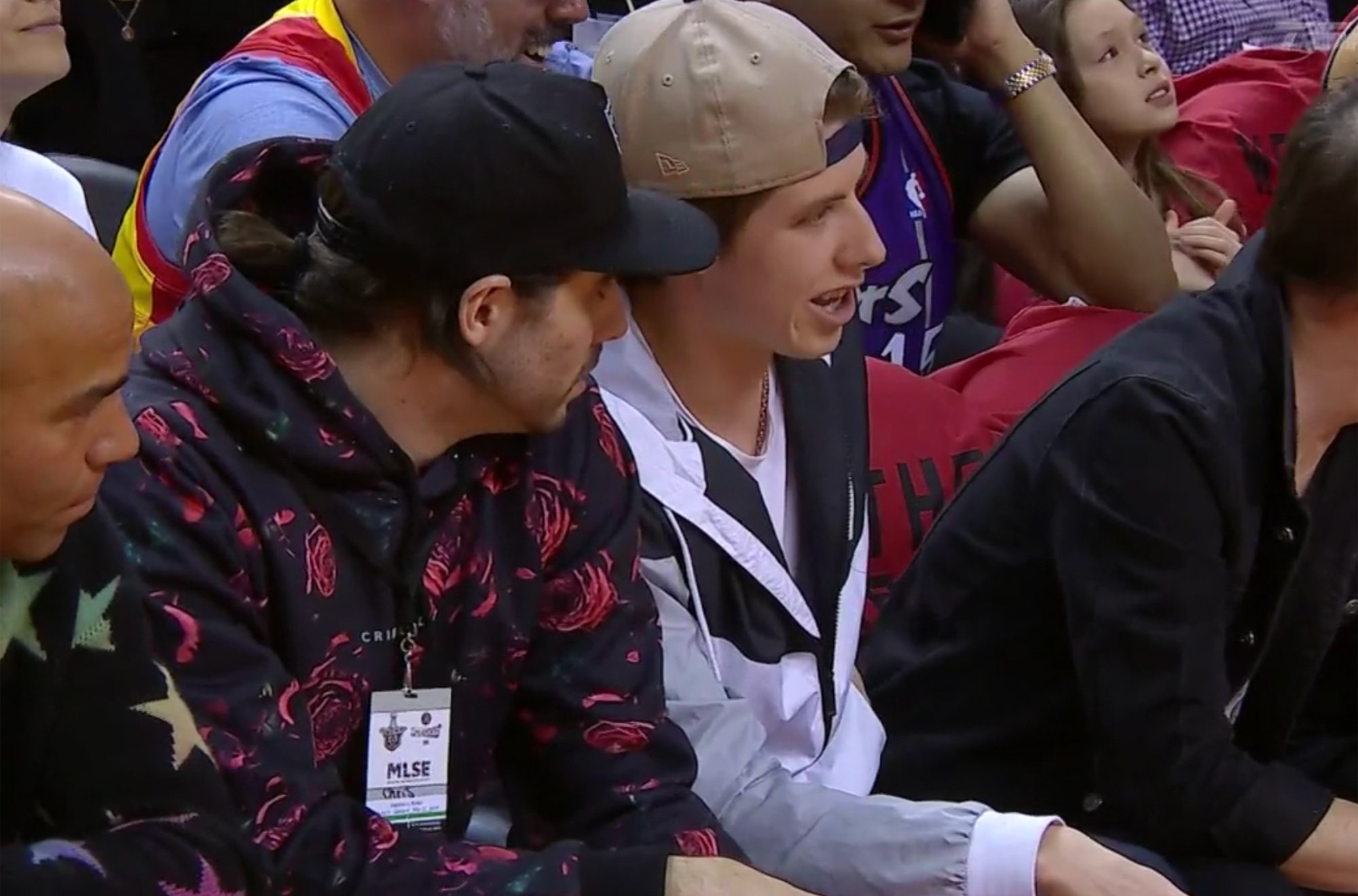 Drake, who is not shy about his love for the Raps, stood throughout much of the game. Here he is reacting to something that displeased him: 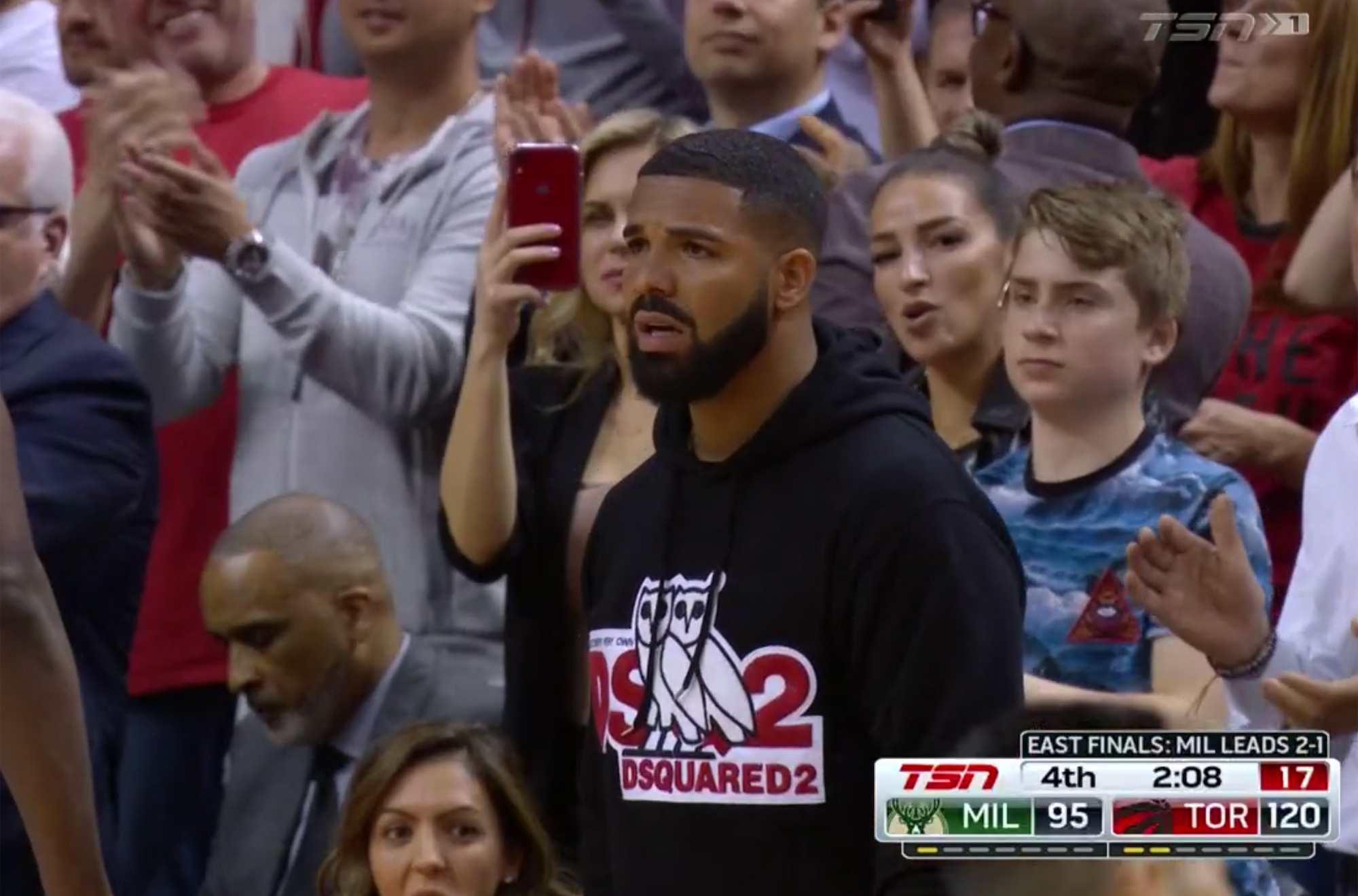 And here’s another Drake mood. He’s wearing a sweatshirt by October’s Very Own and Toronto-born design duo DSquared that just came out a few days ago: 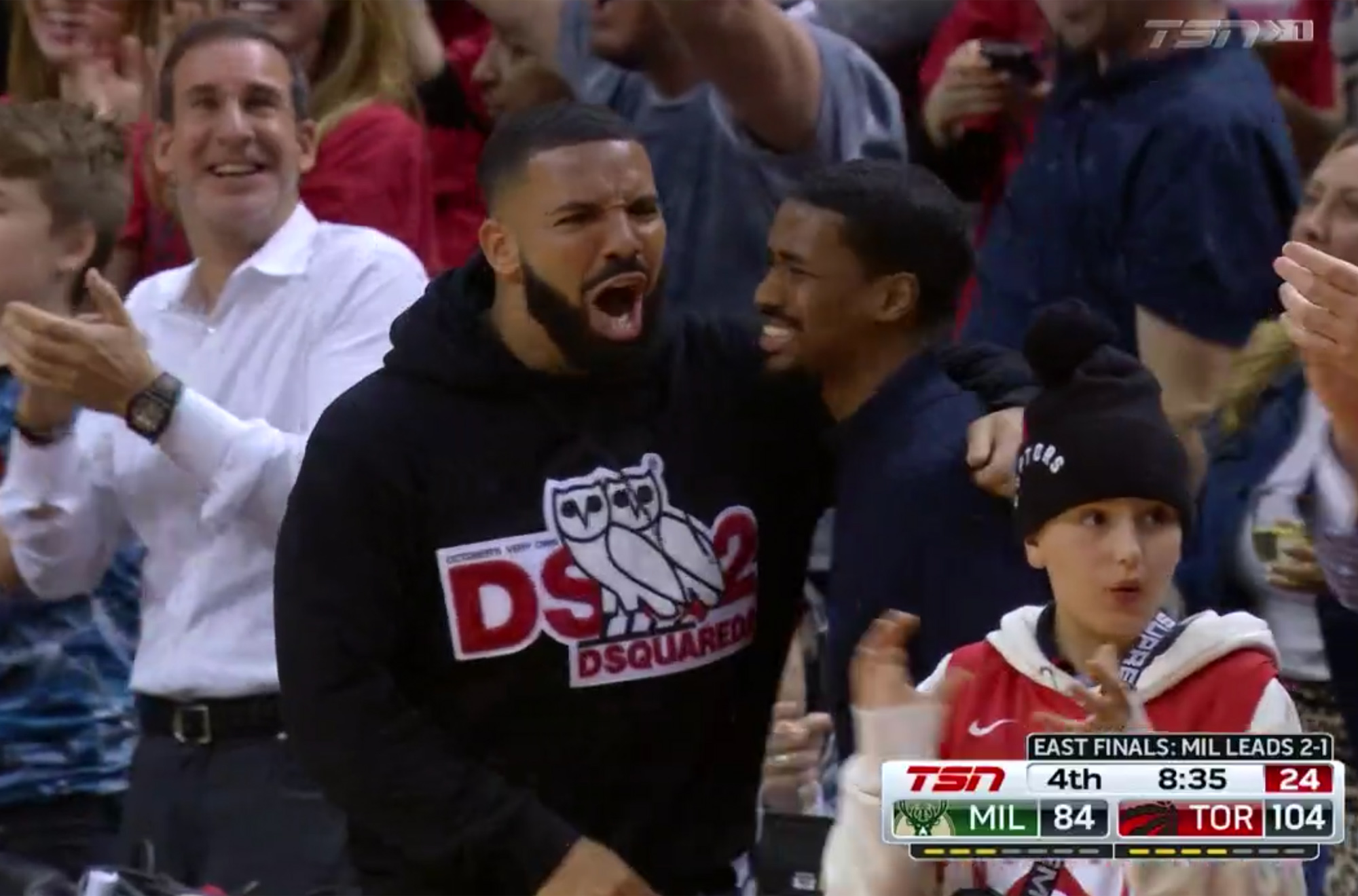