By Ben Waldman | Photography By the Nicholas Metivier Gallery |  April 16, 2019

When Toronto-based artist Joanne Tod attended her first Raptors game last November, she was impressed by the players’ agile movements, their seemingly effortless ability to leap through the air and, most of all, their sheer magnitude. Even the shortest player, the six-foot point guard Fred VanVleet, seemed imposing.

Tod found the players to be undeniably dynamic, so she put them at the centre of her latest project, Organizing Principle. She painted proportional oil portraits of the entire roster, arranging them from tallest to shortest. Each piece took three days to draw and paint, and Tod used the players’ official team photos as her template. Here, she speaks about some of her favourite portraits from the series: 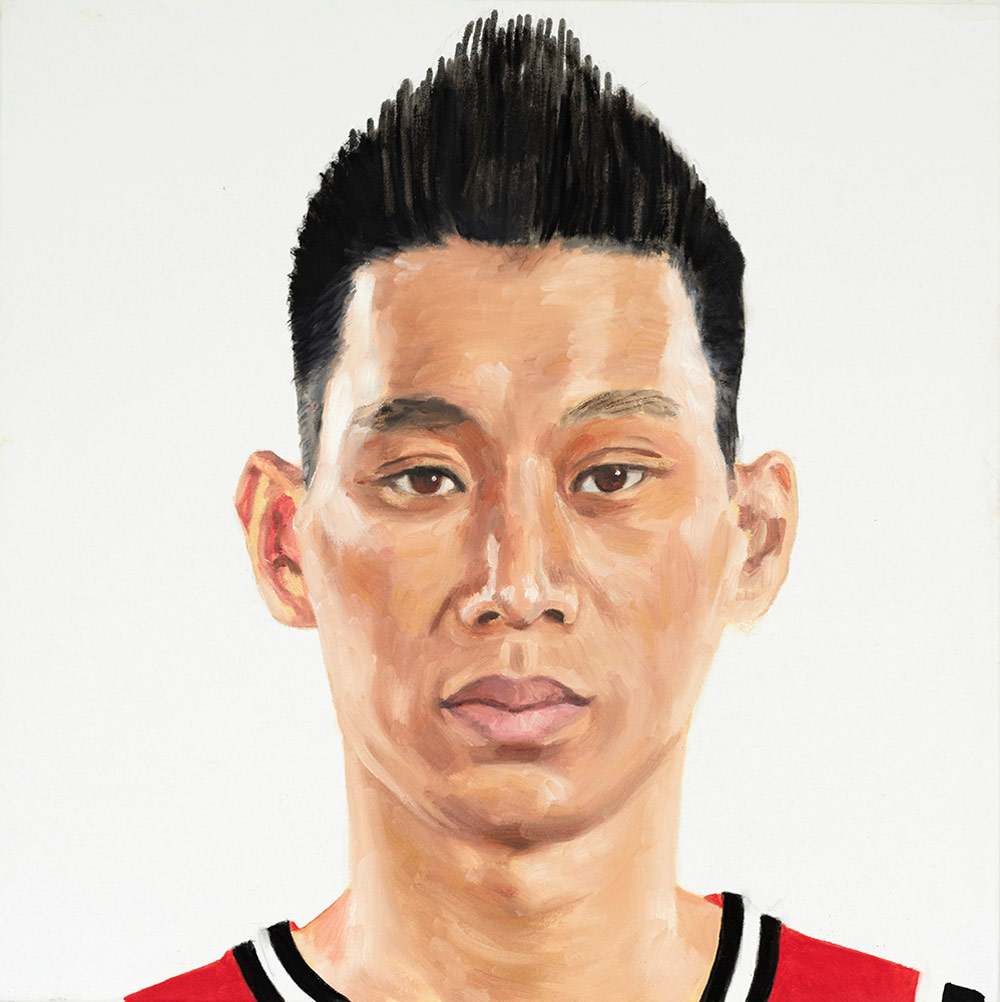 In 2012, Jeremy Lin inspired a global craze known as “Linsanity” during a legendary stretch when he led the New York Knicks to shocking success, including a memorable buzzer-beater against Toronto. Seven years later, the Raptors acquired Lin from the Atlanta Hawks to give their bench a boost. “I painted Jeremy Lin with the hairdo he had when he was on the Atlanta team earlier this season,” says Tod. “It’s a mélange of two time periods.” 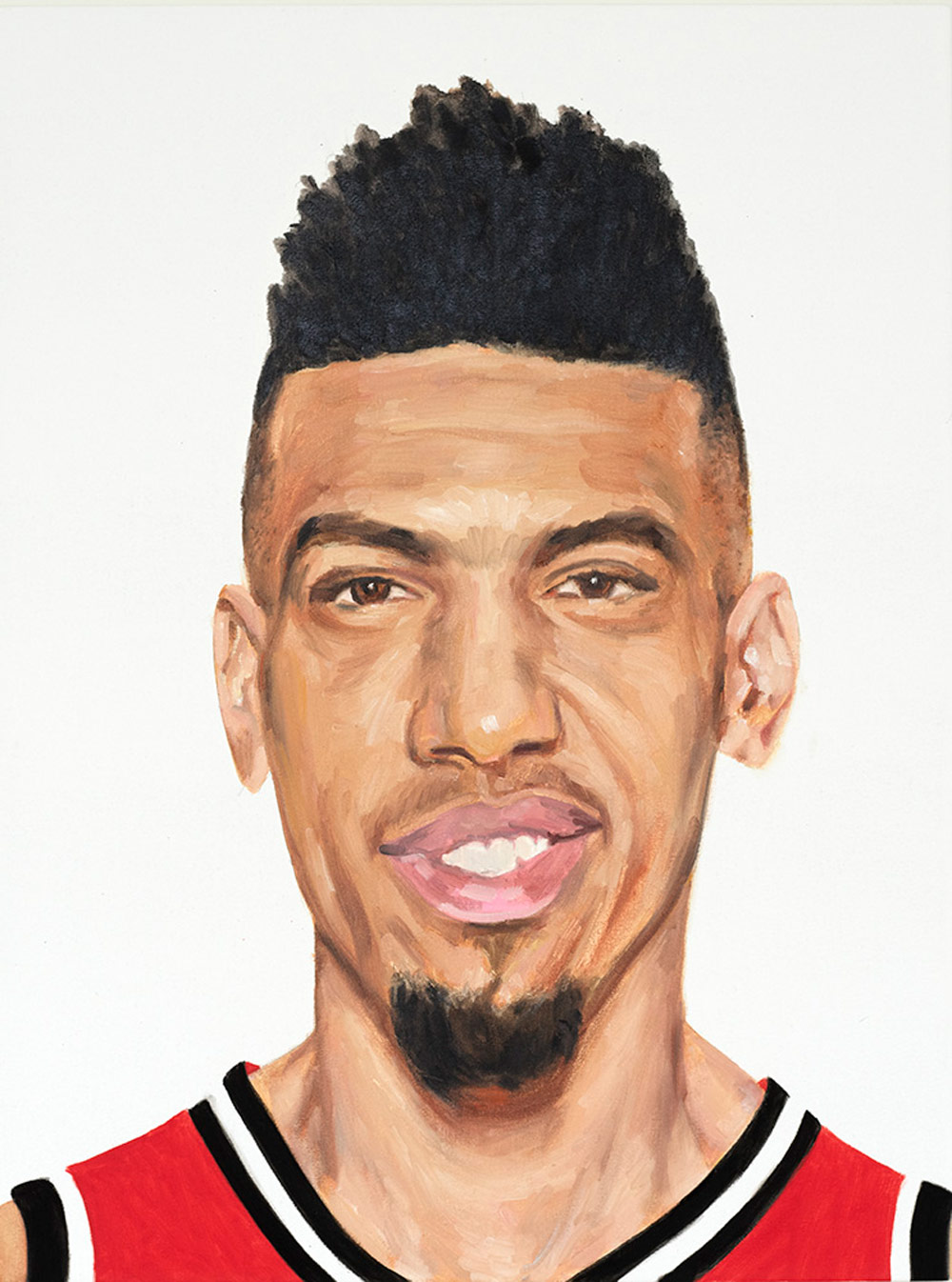 Guard Danny Green, acquired last summer in the deal that sent star DeMar DeRozan to the San Antonio Spurs, has been one of the team’s most consistent players this season. This is Tod’s favourite portrait in the series. “Danny Green looks like such a character. He’s always in mid-grin, and the excellent hair certainly helps.” 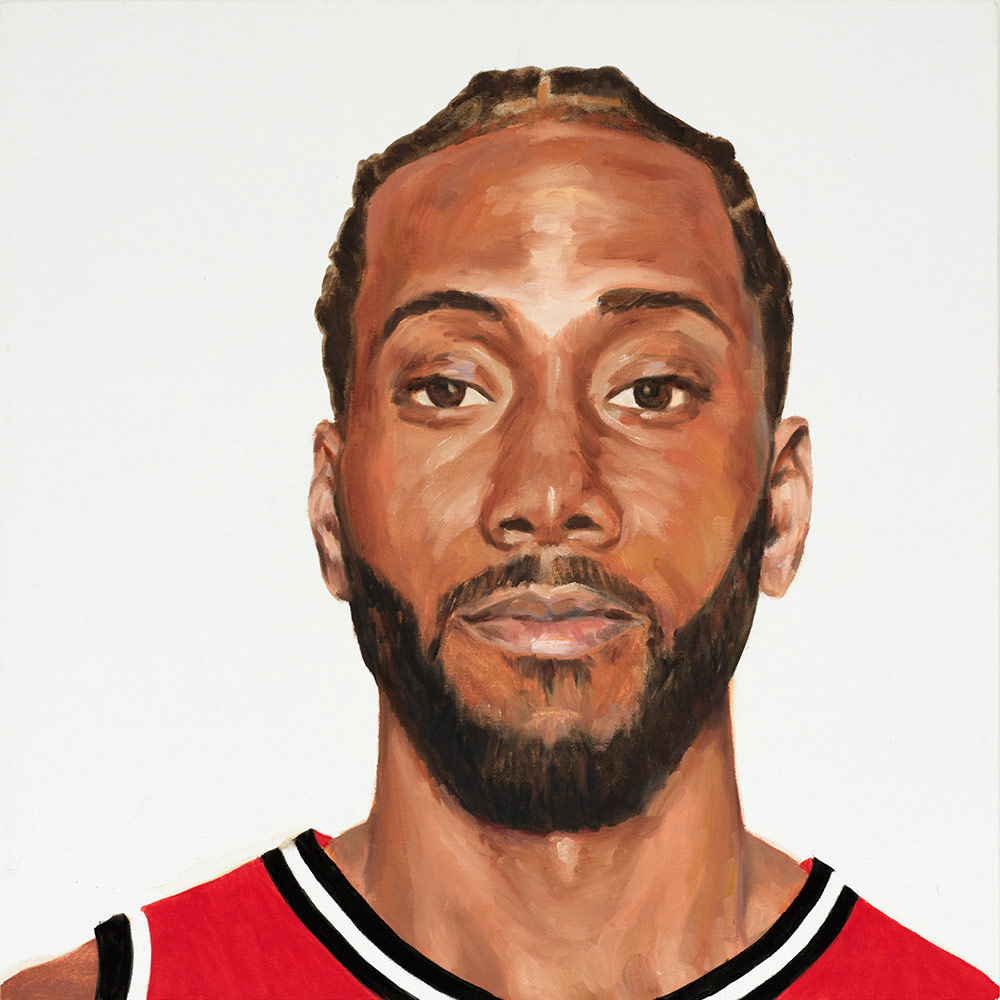 The Raptors’ enigmatic star player Kawhi Leonard is known for his tendency to stay out of the spotlight. Tod chose to paint Leonard with a neutral expression to capture that notorious air of mystery. 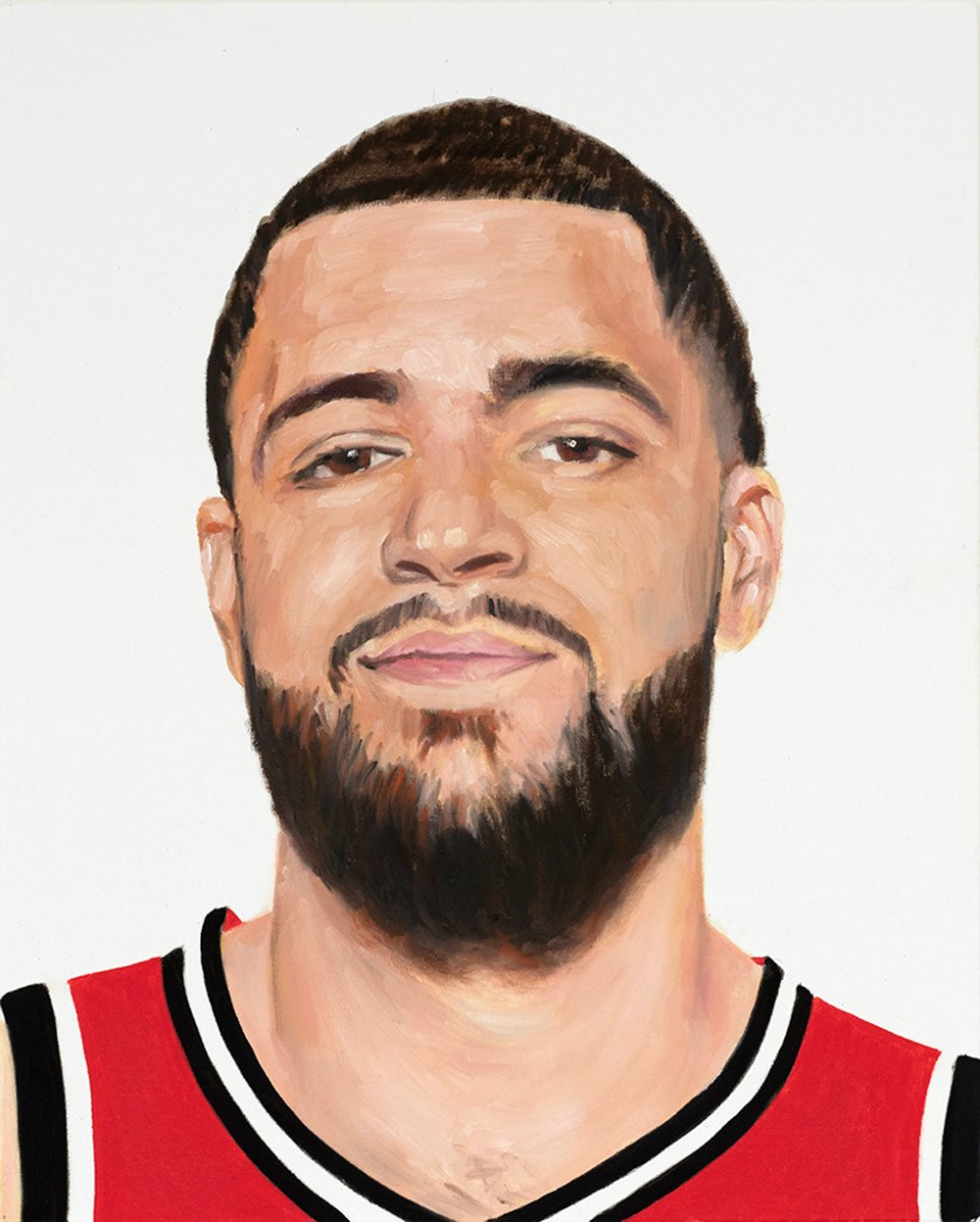 Point guard Fred VanVleet, in his third season with the Raptors, is a perennial candidate for Sixth Man of the Year. 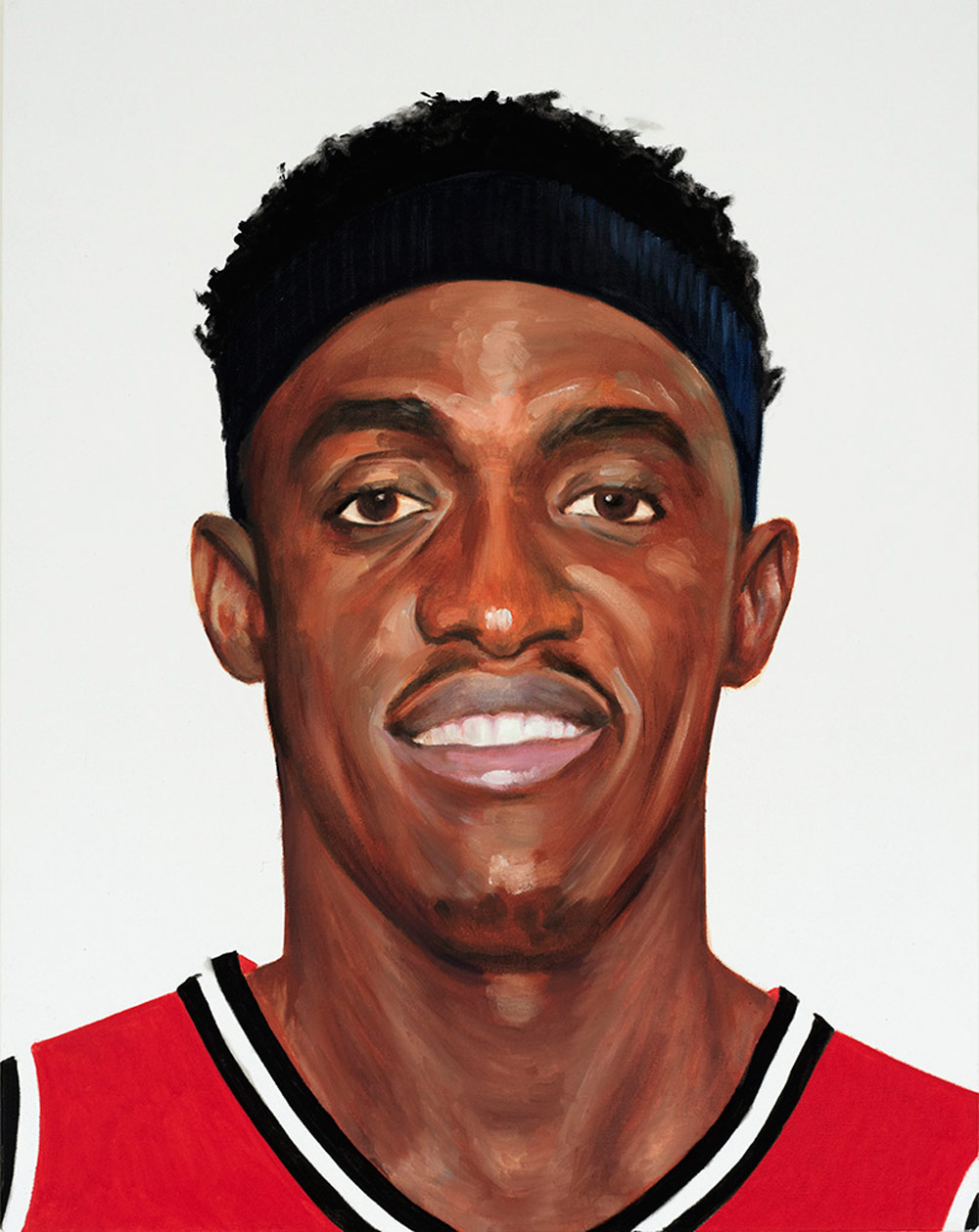 The Cameroon-born forward Pascal Siakam calls himself Spicy P. He’s a top scorer and star defender, and is in the running for the NBA’s Most Improved Player award. Tod listened to Cameroonian pop music while painting this portrait. 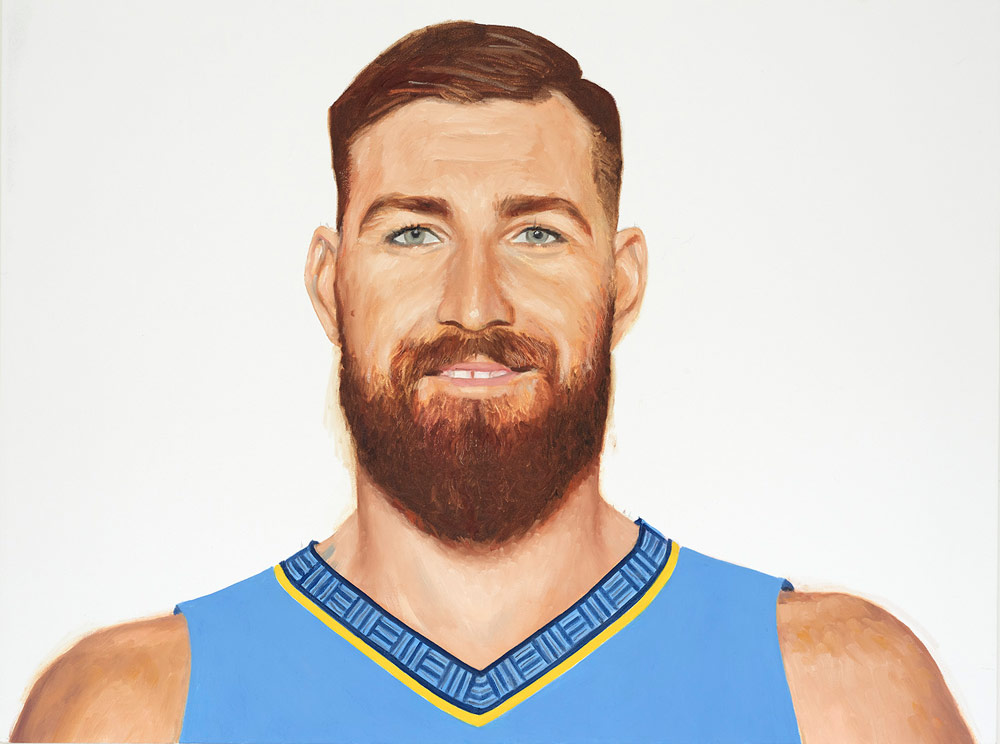 Until he was traded to the Memphis Grizzlies earlier this season, the Lithuanian-born player Jonas Valanciunas was the longest-tenured Raptor. Part of Tod’s family is from Vilnius, Lithuania’s capital, so she was immediately drawn to Valanciunas. “I painted him first and I was so sad when he got traded,” says Tod. “I decided to keep him in the show, though.”

Organizing Principle runs until April 27 at the Nicholas Metivier Gallery.