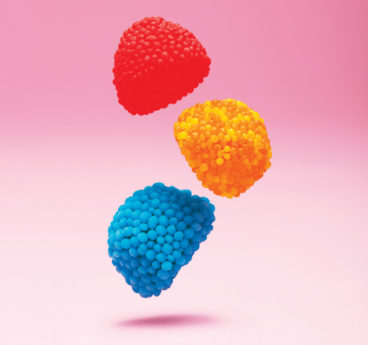 Our guide to the best edibles available right now, from gummis to tea to cotton candy

When Justin Trudeau became Canada’s biggest legal drug dealer two years ago, edibles were still a hazy dream on the horizon. Then, last winter, when infused goodies were green-lit, red tape kept the selection scant and the supply scarce, but the category is booming now.

According to the OCS, between online and retail sales, Torontonians spent more than $4 million on edibles between January and June. In March alone (and we know what happened in March), the OCS sold twice as much product online as it did in February. People are looking for comfort during Covid, and it’s coming in the form of cannabis. The selection is expanding, too. Classic edibles—gummies, baked goods—are available alongside flavoured seltzers, after-dinner mints and even dried fruit. We tried every OCS treat on offer to find the most incredible edibles. It’s been a busy (if blurry) month. 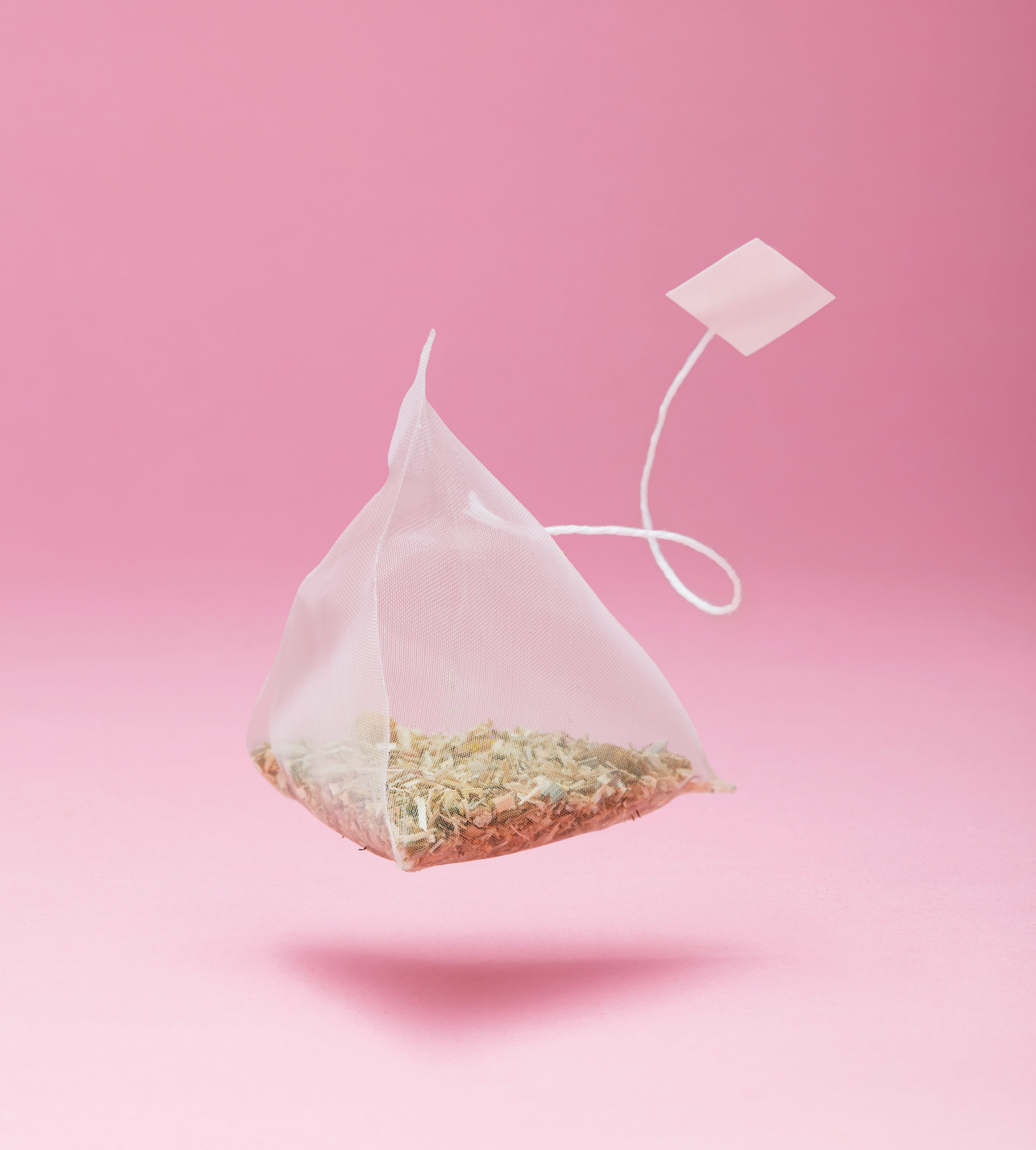 After steeping for four minutes, you’ll get a whiff of this tisane’s soporific effects before you take a single sip. If the soothing scents of lavender and chamomile don’t transport you to more halcyon times, the CBD will. 10 mg CBD indica-sativa hybrid. $18.95 for three bags at OCS. 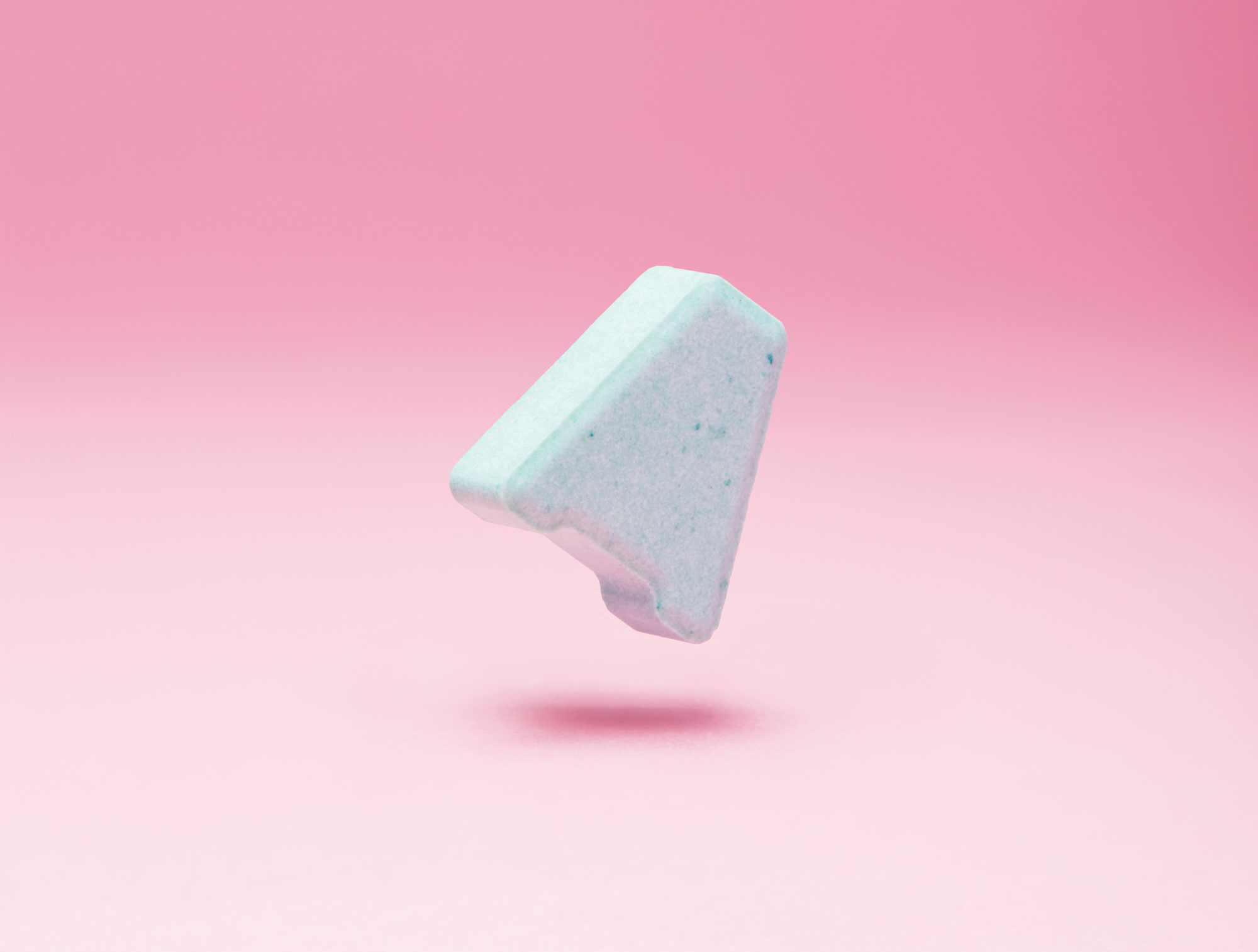 These lightly laced mints give you a warm buzz and cool breath. They might just be the pothead’s perfect post-meal digestif. Both the peppermint and spearmint breathsavers pack a minty jolt that mingles pleasantly with the lingering grass taste. 2 mg THC each, indica-sativa blend. $11.30 for five at OCS. 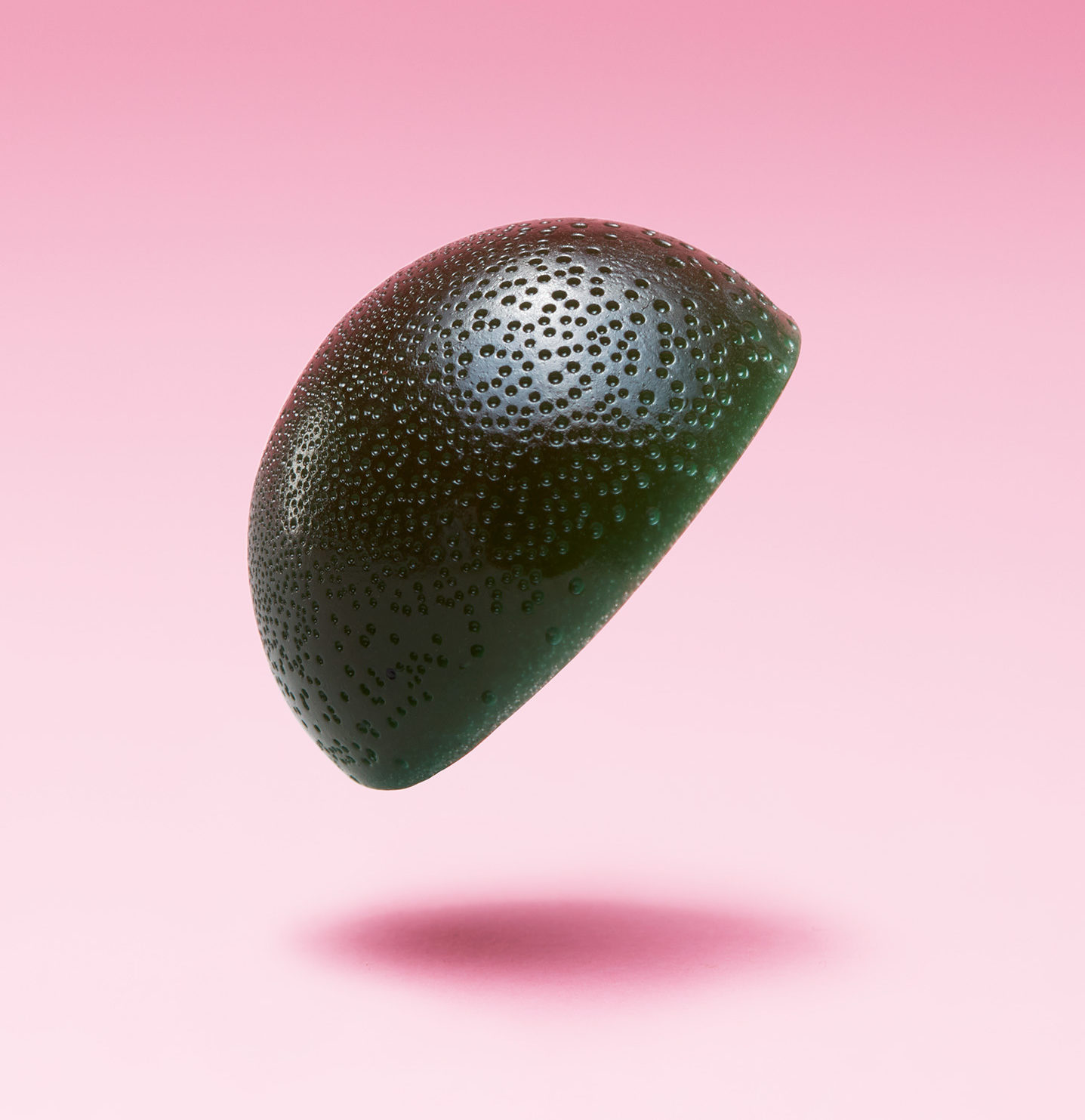 Is there really such a thing as a blue raspberry? Is blue a flavour or a colour? Why is the sky blue? These are just a few of the many questions you might ponder after scarfing a handful of these low-dose, tangy candies. 2.5 mg THC each, indica. $9.25 for four at OCS. 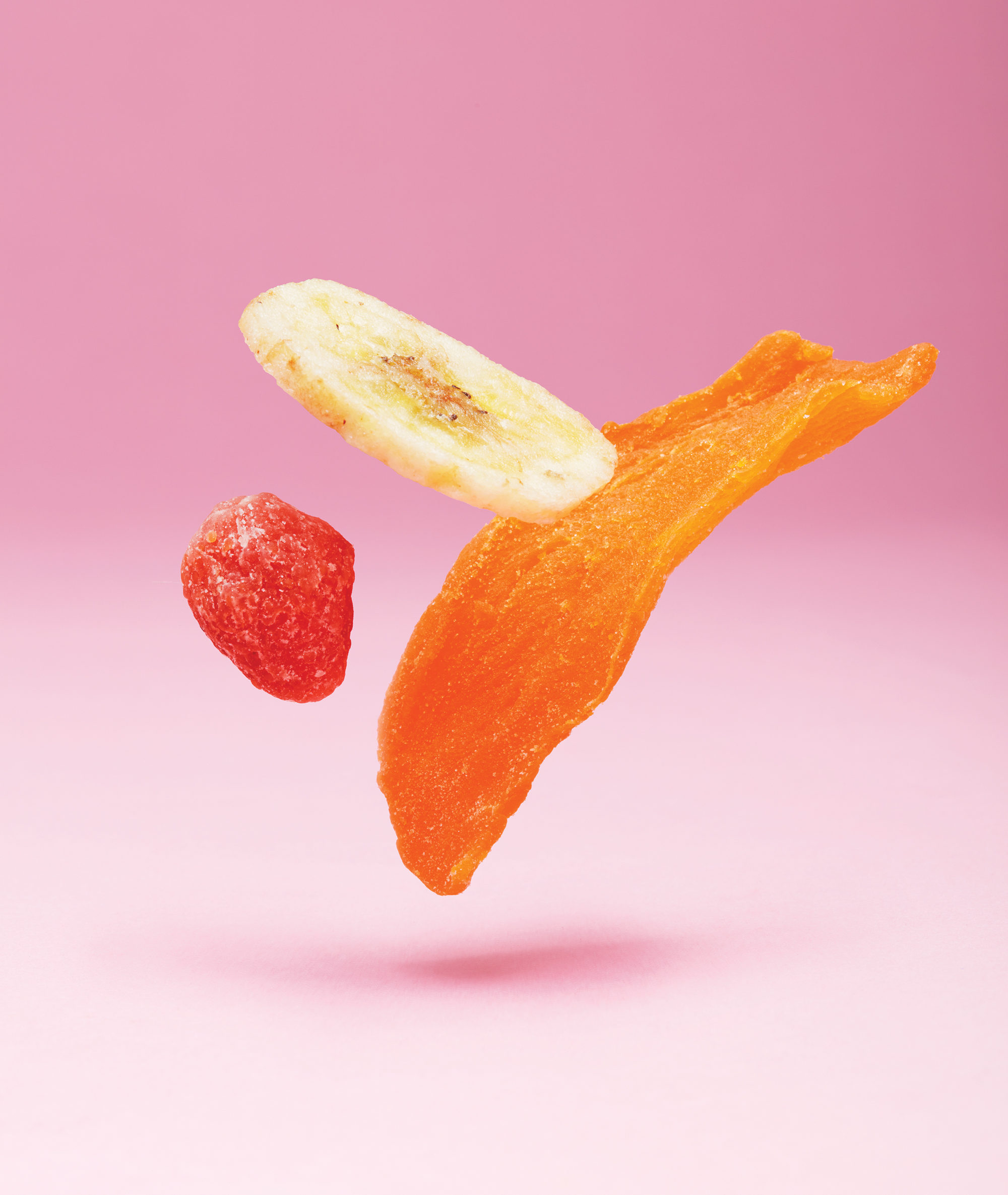 Hailing from the West Coast, these fruity treats are a favourite among health-conscious cannabis users craving an edible high minus the sugar rush. Now, with the government’s blessing, you can get your hands on doped drupes (apricots, cherries, mangoes) as well as cannabis-boosted strawberries and bananas. 10 mg THC per bag, distillate. $6.50 at OCS later this fall. 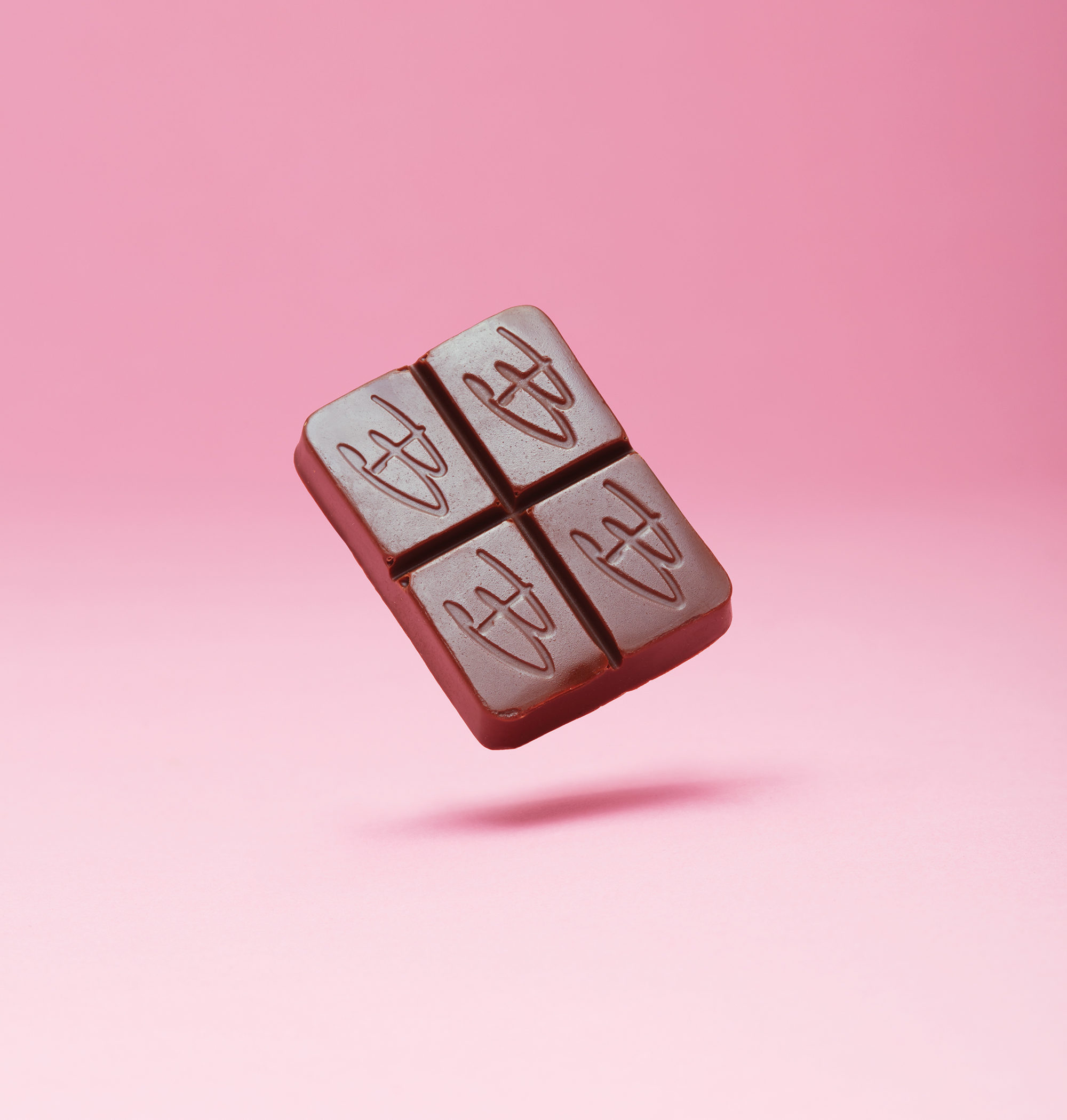 Bhang—sometimes referred to as the General Mills of cannabis—is no mom-and-pop operation. With a portfolio of more than 100 products, the 10-year-old company has perfected tasty treats that are both effective and affordable. At just under $5 a bar, this milk chocolate gives a helluva good bhang for your buck. 10 mg THC, indica-sativa blend. $4.80 at OCS. 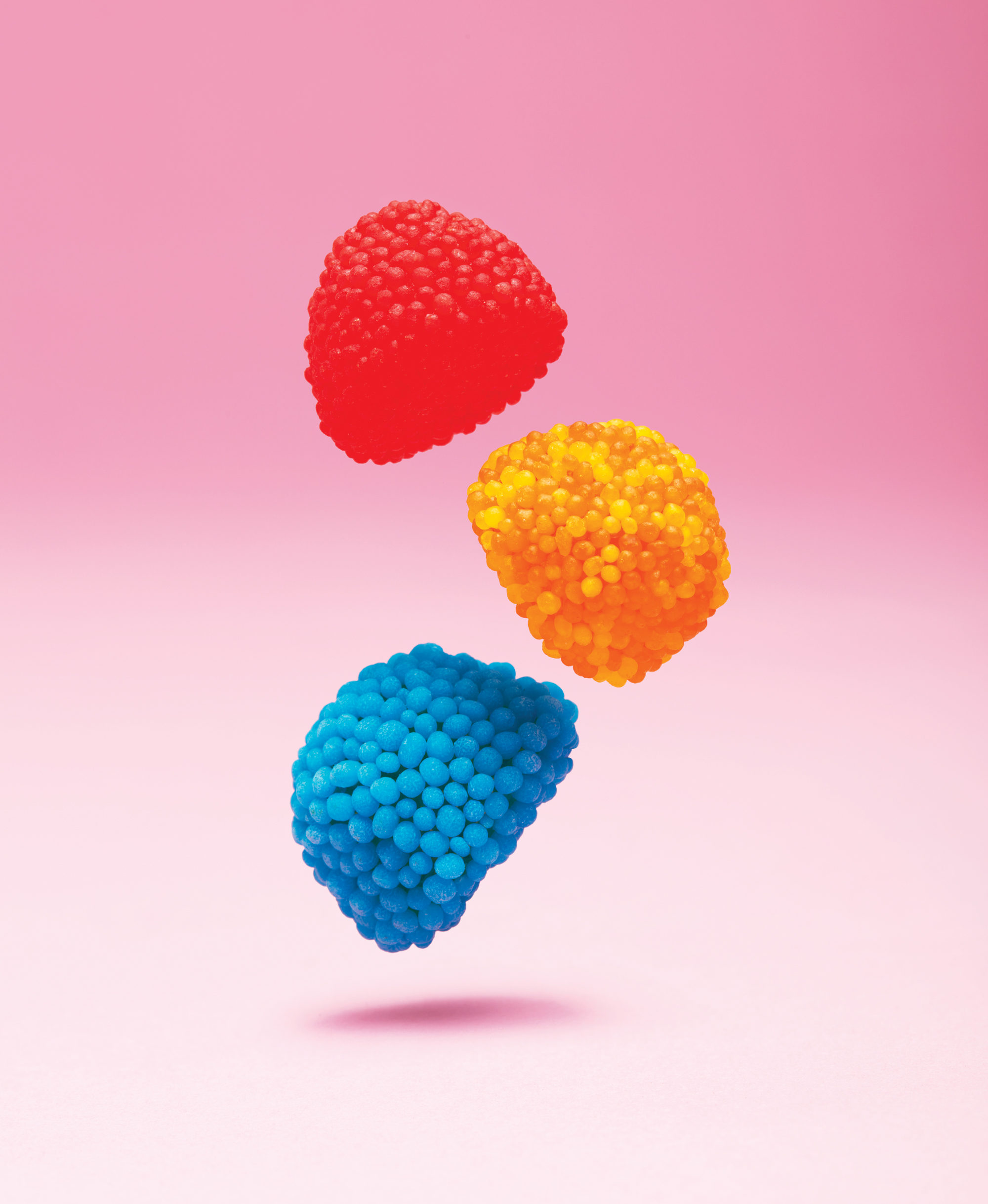 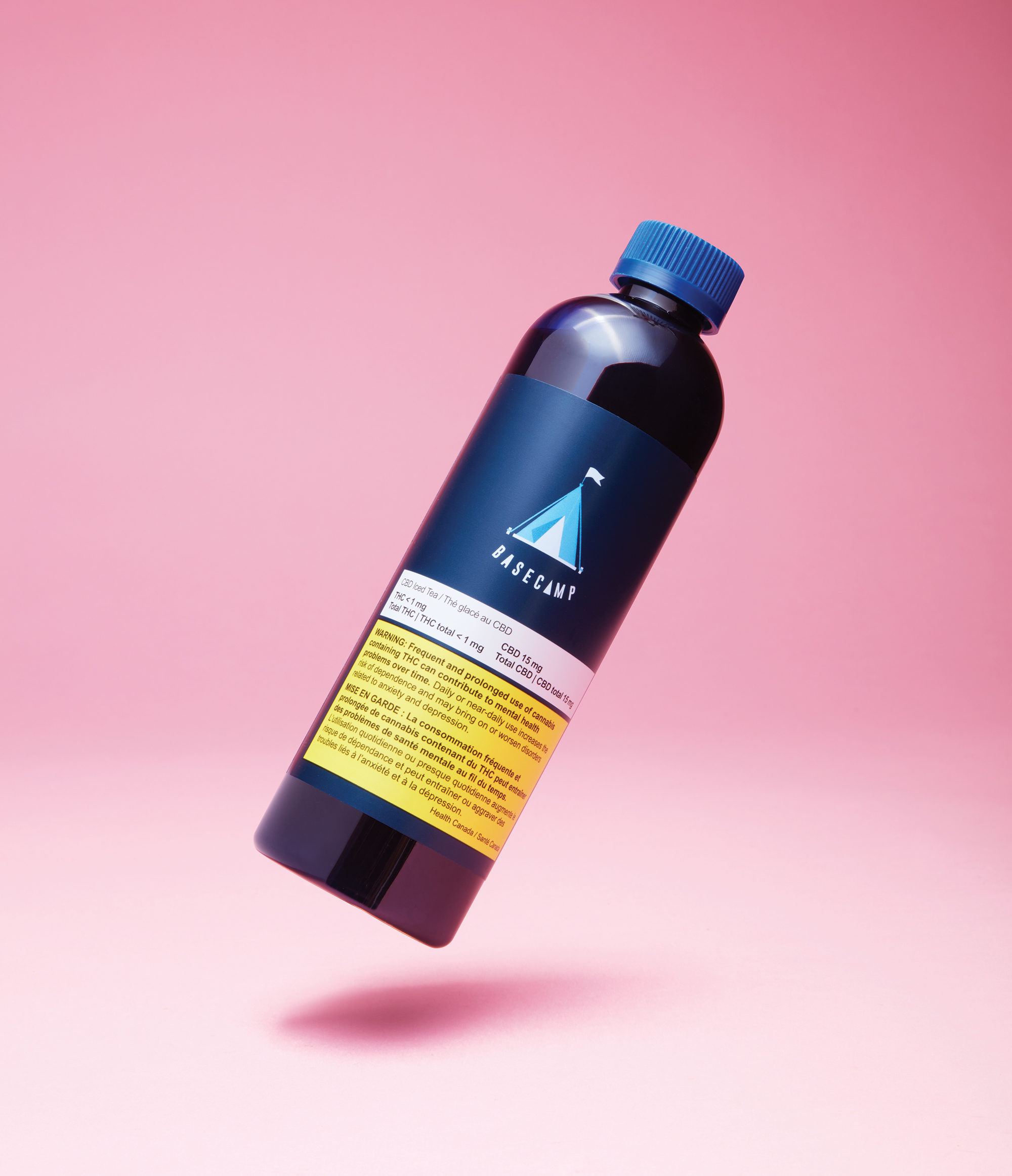 A1 founder Cole Miller has been brewing inebriating beverages since he was a teen. He started by surreptitiously fermenting wine under his bed, then moved on to beer and spirits (Miller’s the guy behind Twelve Barrels whisky). Now, he’s crafting cannabis-infused drinks, like this sort-of-sweet lemony iced tea. 15 mg CBD, indica-sativa blend. $8.60 at OCS. 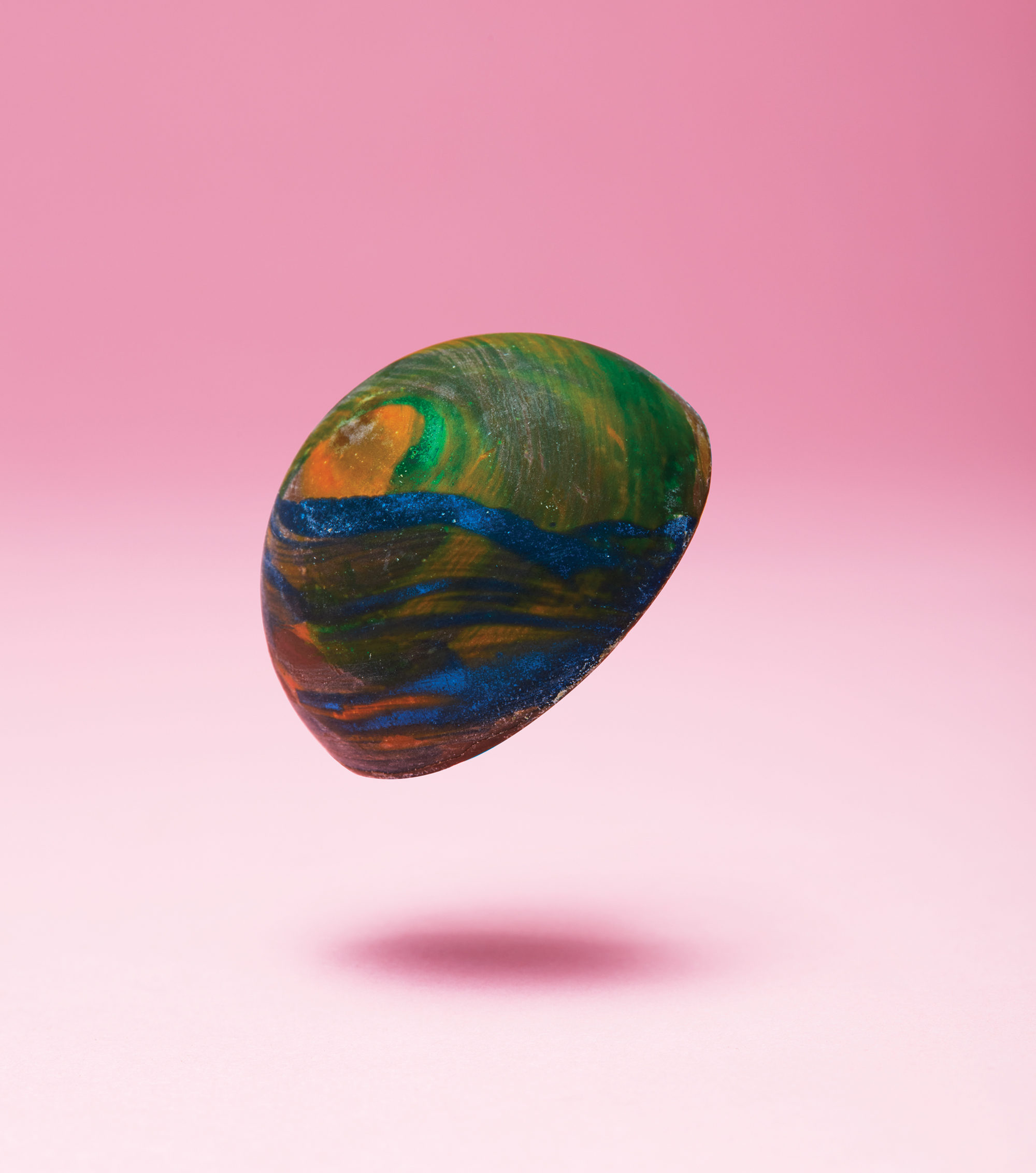 More pretty than potent, these hand-painted chocolate gems have a subtle, slightly herbaceous aftertaste. The bitter cannabinoids pair delectably with the pralines’ salty, buttery caramel centres. 2 mg THC each, sativa. $21.95 for a box of five at OCS. 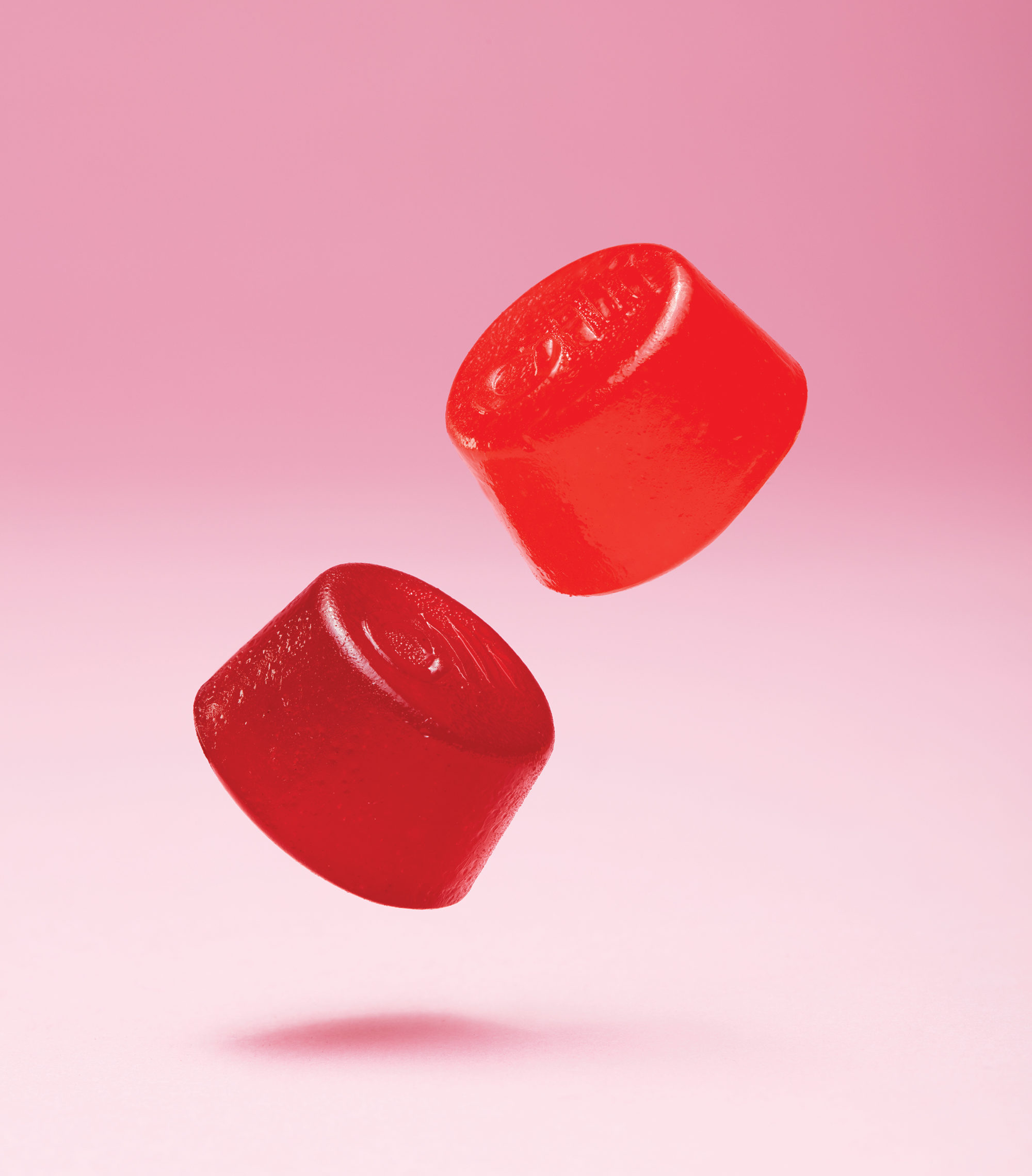 Olli has teamed up with top chef Adrian Niman (Food Dudes) to create lip-smackable, plant-based jujubes made with pectin. Our favourite flavour gets its subtle sweetness from red dragon fruit and cane sugar. The Etobicoke-based company’s line of dank-doused sweets are slated to hit stores in October. 5 mg THC, 2.5 mg CBD, indica-sativa hybrid. $7.50-$8.50 at OCS later this fall. 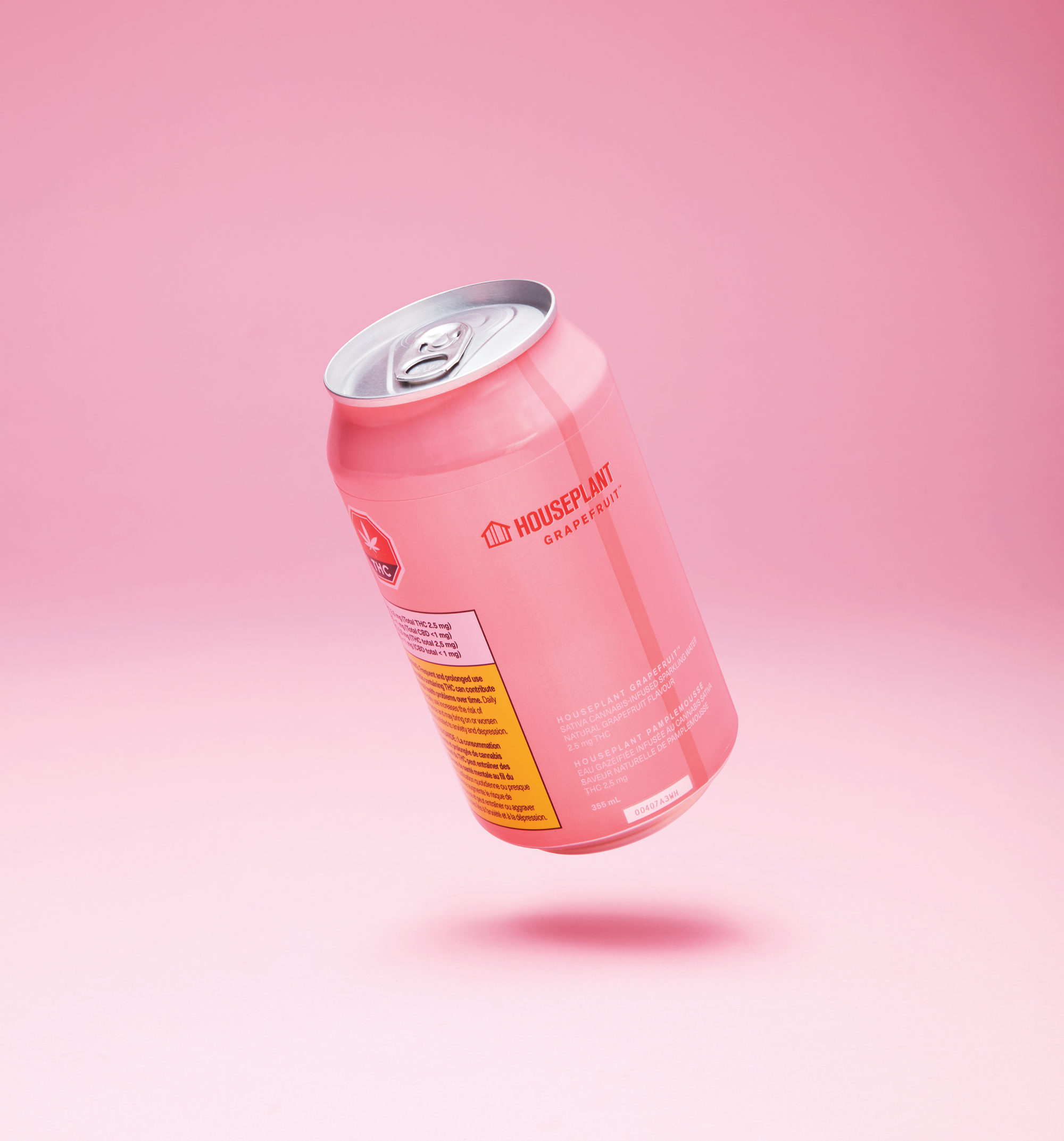