An Ariana Grande concert, an Orange Is the New Black–esque prison drama and seven other things to see, hear and do in Toronto this week

An Ariana Grande concert, an Orange Is the New Black–esque prison drama and seven other things to see, hear and do in Toronto this week

A sweetened songstress
1Over the past year, ponytailed princess of pop Ariana Grande has taken her reign to new heights, releasing two albums in the span of just six months. The turnaround time alone is an impressive feat for any artist, but her latest release also secured all three top spots on the charts—something no album has ever achieved, and no act has managed since the Beatles in 1964. Live, she’s shed her Nickelodeon-child-star-turned-bad-girl persona and emerged, at 25, as her charismatic, adult self. Consider Grande’s near-supernatural four-octave range worth the ticket price alone. Wednesday, April 1. $128–$765. Scotiabank Arena.

A fierce variety show
2Early in their careers as performers, Kim Bowers and Lisa Fa’alafi were regularly brushed aside in favour of white performers. They decided if they couldn’t land roles, they’d create their own. Together, they formed Hot Brown Honey, a political, all-female dance and theatre troupe made up entirely of First Nations women of colour. Their shows are a buffet of hip hop, cabaret, acrobatics, beatboxing and comedy, and each pep rally–style performance—which includes a Cirque du Soleil–esque aerial silks sequence portraying a rape survivor and a burlesque number about the exotification of black and brown bodies—is elevated by important messages about racial stereotypes, white privilege and female empowerment. Friday, April 5, to Sunday, April 7. $61.75–$84.50. Bluma Appel Theatre.

An Italian food festival
3Pasta and pizza enthusiasts can find the real deal at the Giro d’Italia food festival, where some of the city’s best Italian chefs have created a selection of prix fixe menus that bring out the flavours of each of Italy’s 20 regions. Eron Novalski, executive chef at Noce, is cooking up dishes from the south, including chili pepper and raisin antipasto and wood-fired lamb, while Ardo is serving up some Valle D’Aosta flair with its trout risotto. It’s the closest you can get to Italy without booking a flight. Thursday, April 4, to Sunday, April 14. Various locations.

A revisionist drama
4After a fire flattened Montreal’s merchant’s quarter in 1734, Marie-Joseph Angélique, a black slave attempting to flee captivity, was convicted and hanged for arson. Whether or not she was actually responsible for the blaze remains a mystery. Angélique, a powerful drama by the late Canadian playwright Lorena Gale, draws on original court transcripts to illuminate Canada’s history of slavery and sparked a revisionist view of the titular character as a heroine of black resistance when it premiered in 1998. Wednesday, April 3, to Sunday, April 21. $25–$40. Factory Theatre.

A mythical Mozart opera
5Greek myths tend to focus on heroes and monsters, but Mozart’s Idomeneo is more interested in human concerns: paternal love, filial duty and romantic entanglements. In the aftermath of the Trojan War, the king of Crete is shipwrecked. To escape death, he promises the god Neptune that he’ll sacrifice the first person he sees on land. In a cruel twist of fate, that person turns out to be his son—a prince caught in a love triangle with the captive Trojan princess Ilia and the Greek princess Elettra. All eyes and ears will be on soprano Measha Brueggergosman as the spurned Elettra. Returning to the role that captured her a Dora a decade ago, she delivers a fiery portrayal of a character overcome with rage and grief. Thursday, April 4, to Saturday, April 13. $39–$184. Ed Mirvish Theatre.

An Orange Is the New Black–esque prison drama
6In Guarded Girls, playwright Charlotte Corbeil-Coleman probes the psychological trauma caused by forced isolation. Sid, a 19-year-old prisoner serving time for aggravated assault, gets revenge on a guard who won’t stop monitoring her every move, ironically reversing their roles. The performance is all the more poignant coming on the heels of a newly proposed federal ban on solitary confinement. Wednesday, April 2, to Sunday, May 5. $55. Tarragon Theatre.

A human rights film festival
7 At its annual film fest, Human Rights Watch shines a cinematic spotlight on some of the most pressing social issues around the globe. This year’s selection includes A Family Tour, a semi-autobiographical film by exiled Chinese filmmaker Ying Liang, who stalks a bus tour through Taiwan for a chance to be reunited with her mother; Life Without Basketball, a story about Bilqis Abdul-Qaadir, the first hijab-wearing player to make it to the top college league in the U.S.; and Ghost Fleet, a deep dive into slavery in the global fishing industry. Wednesday, April 3, to Wednesday, April 10. $10–$14.  TIFF Bell Lightbox. 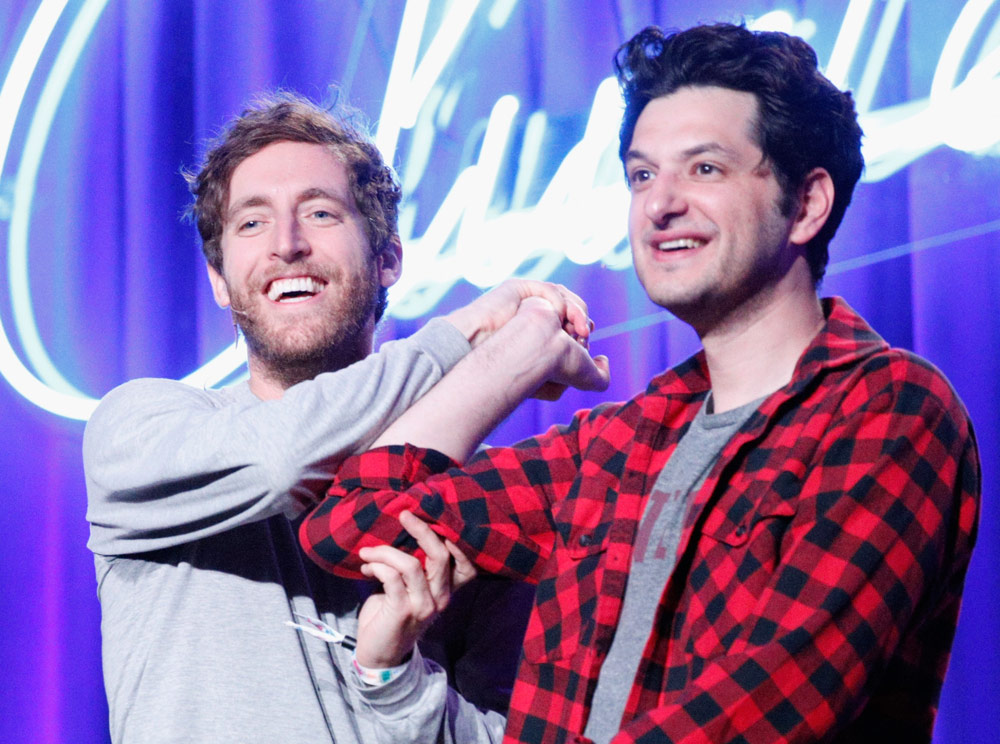 A spontaneous comedy
8Thomas Middleditch and Ben Schwartz are best known for their respective roles on Silicon Valley and Parks and Recreation, but as a duo they work best off-script. Where other comedians focus on getting laughs from the audience, these two can seem more interested in cracking each other up. On tour, they harness this natural rapport to create wildly original plays from audience suggestions. The resulting performances have included an acid-trip dream­scape and an earnest story about two kid brothers who stay up late talking about monsters. Expect the pair’s Toronto show to be equal parts off-the-cuff and off-the-wall—sometimes heartfelt, sometimes absurd and always impossible to predict. Sunday, April 7. $63. The Danforth.

An unusual opera
9In 1980, three years before he was murdered in Paris, bad-boy Quebec composer Claude Vivier wrote Kopernikus. The eccentric libretto discards conventional operatic formulae, opting instead for a series of tableaux and a quirky assortment of characters that includes Merlin, Mozart and Lewis Carroll. With text in German, French and a completely imaginary language, along with some complex staging (the orchestra shares the stage with singers and dancers), it’s this month’s most unusual musical event. Thursday, April 4, to Saturday, April 13. $25–$85. Theatre Passe Muraille.

An earlier version of this post incorrectly stated Ardo was serving Sicilian cuisine.

An earlier version of this post misidentified the founders of Hot Brown Honey.