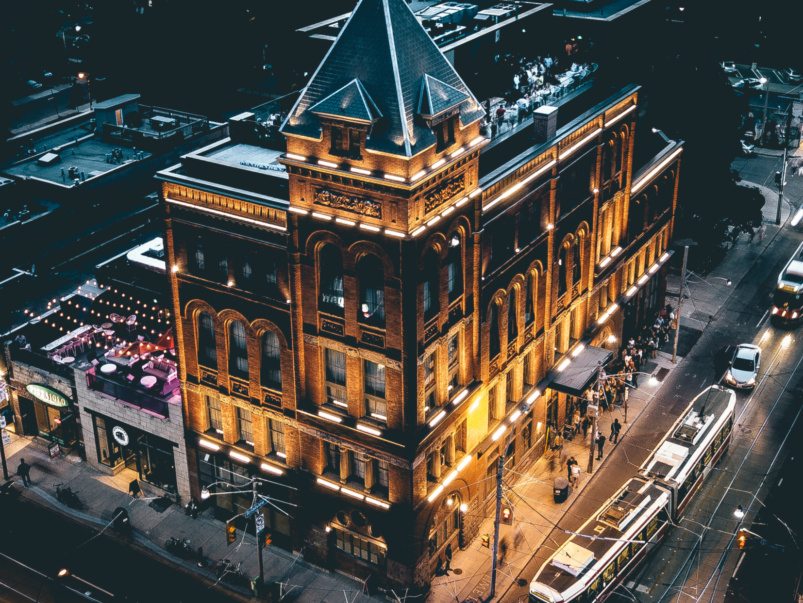 15 of the top hotels in Toronto, ranked

The already-crowded landscape of Toronto hotels is about to get even more stacked in the coming months. New properties include a tower from the city’s biggest nightlife impresario, a waterfront complex with more than 400 rooms and a sprawling athletics facility, and major makeovers of downtown towers. Here, four fresh overnight destinations, ranging from just opened to just over the horizon. 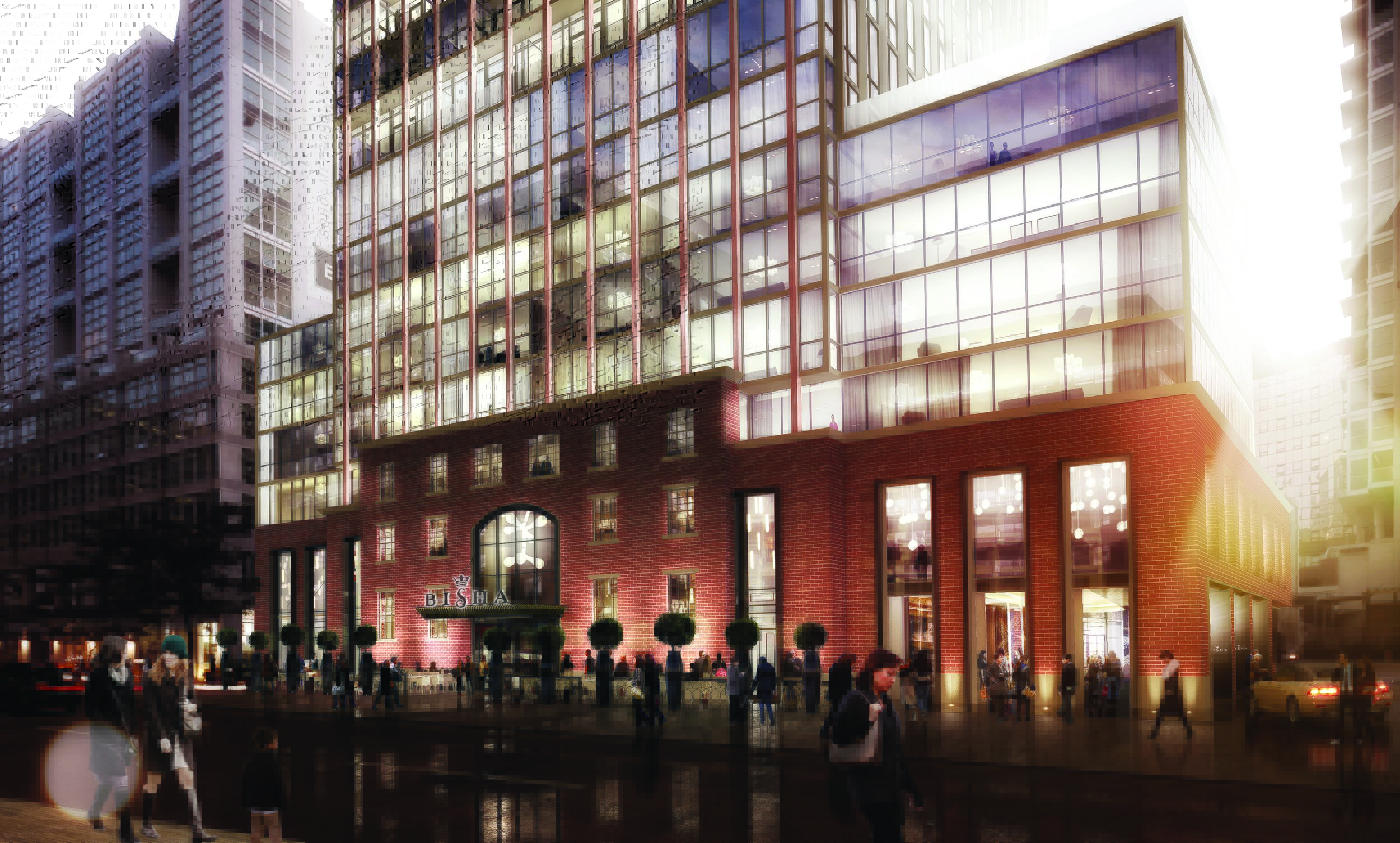 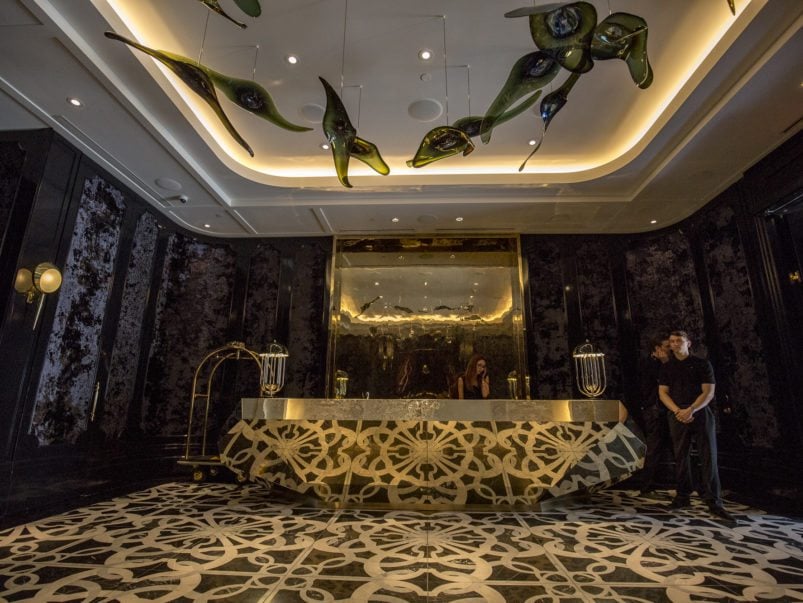 Named for Toronto nightlife impresario Charles Khabouth (Bisha was the club king’s childhood nickname), this appropriately over-the-top hotel occupies the first eight floors of a 44-storey Entertainment District spire. Lenny Kravitz was hired to decorate the hotel’s seventh floor, and local design powerhouse Alessandro Munge did the rest of the building, including the lavish lobby done up in marble, onyx, velvet and gold. Topping the tower is an infinity pool and restaurant, one of four eateries run by ICONINK (Patria, Byblos, Figo) in the complex. 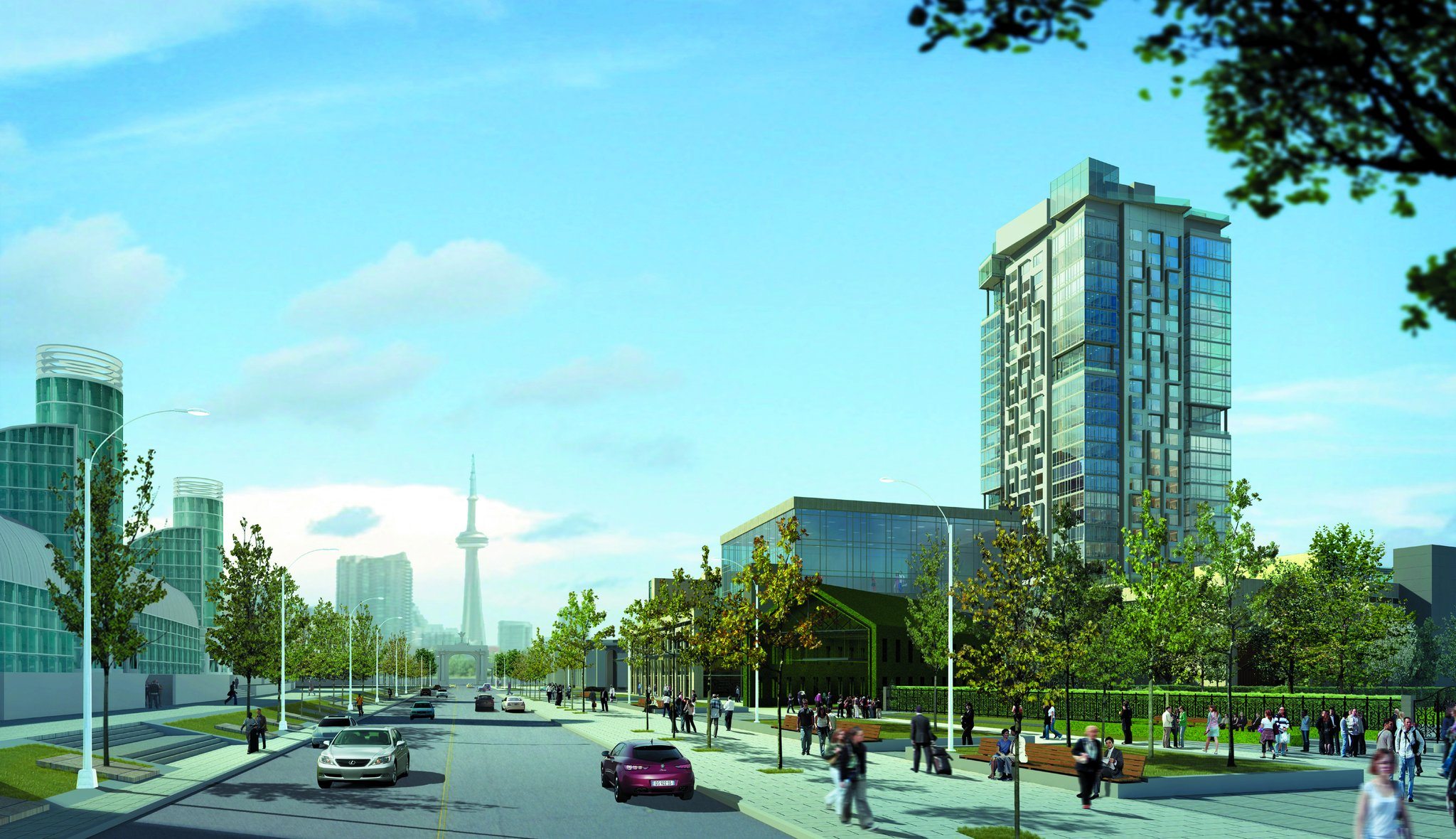 This 406-room hotel will occupy three buildings at the southeast corner of Exhibition Place. Perks will include a 90,000-square-foot athletic centre (with a heated outdoor pool, tennis and squash courts, and a golf simulator), a seasonal beer garden, a 243-seat cinema and an art gallery. (If that’s not enough, there’s a second pool on the 28th floor.) For its youngest guests, Hotel X has a gigantic play area with everything from art supplies to a basketball court. The hotel even caters to furry guests, with dog beds and pet-friendly room service. 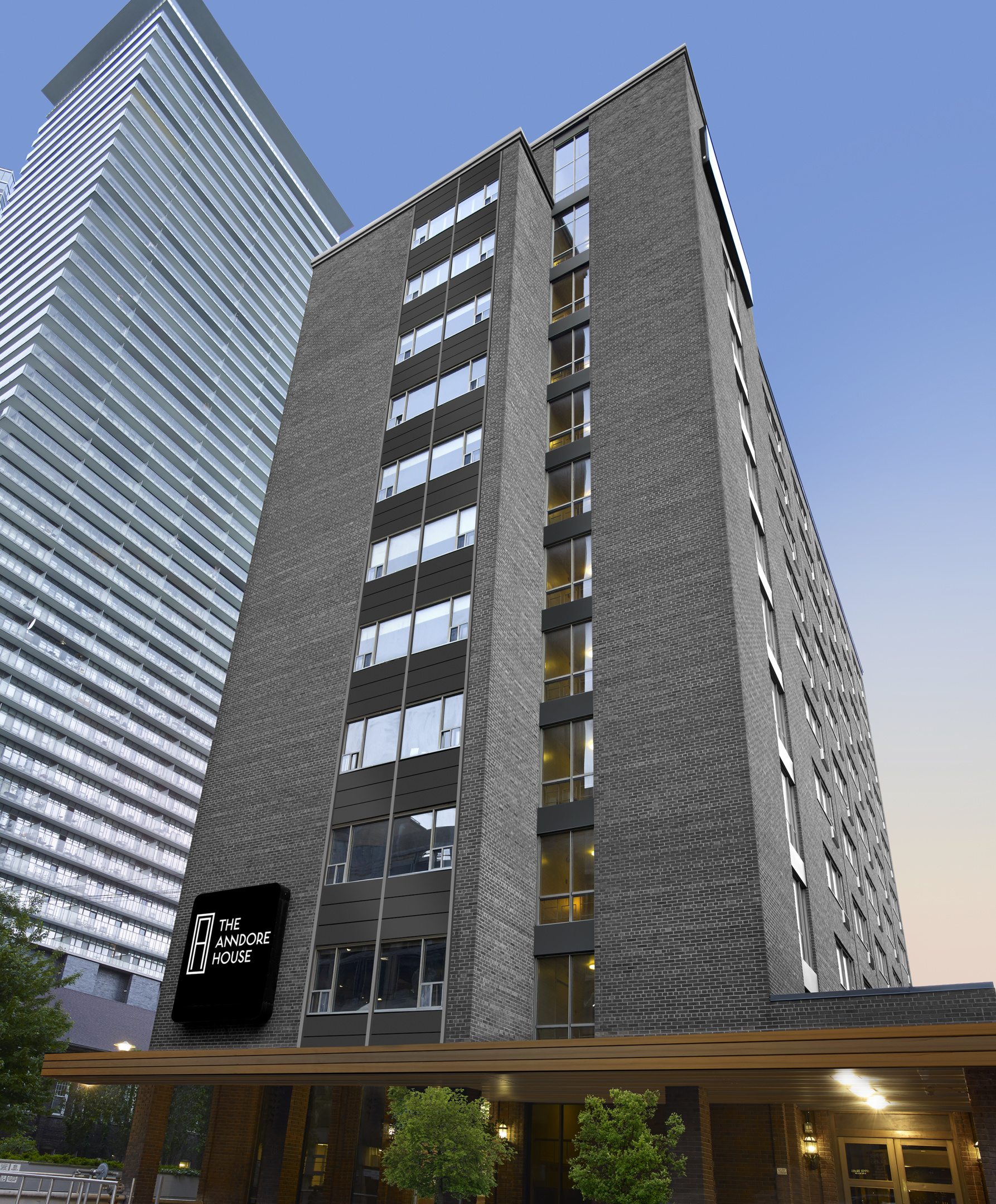 Once a run-down Comfort Inn, this 11-storey building has been completely revamped by the Silver Hotel Group. All 113 rooms were outfitted by Cecconi Simone with plush leather club chairs, houndstooth throws and Crosley turntables accompanied by a wee selection eclectic vinyl. Techies will appreciate the hotel’s app, which turns your phone into a room key and controls everything from lighting to room temperature and even the TV. 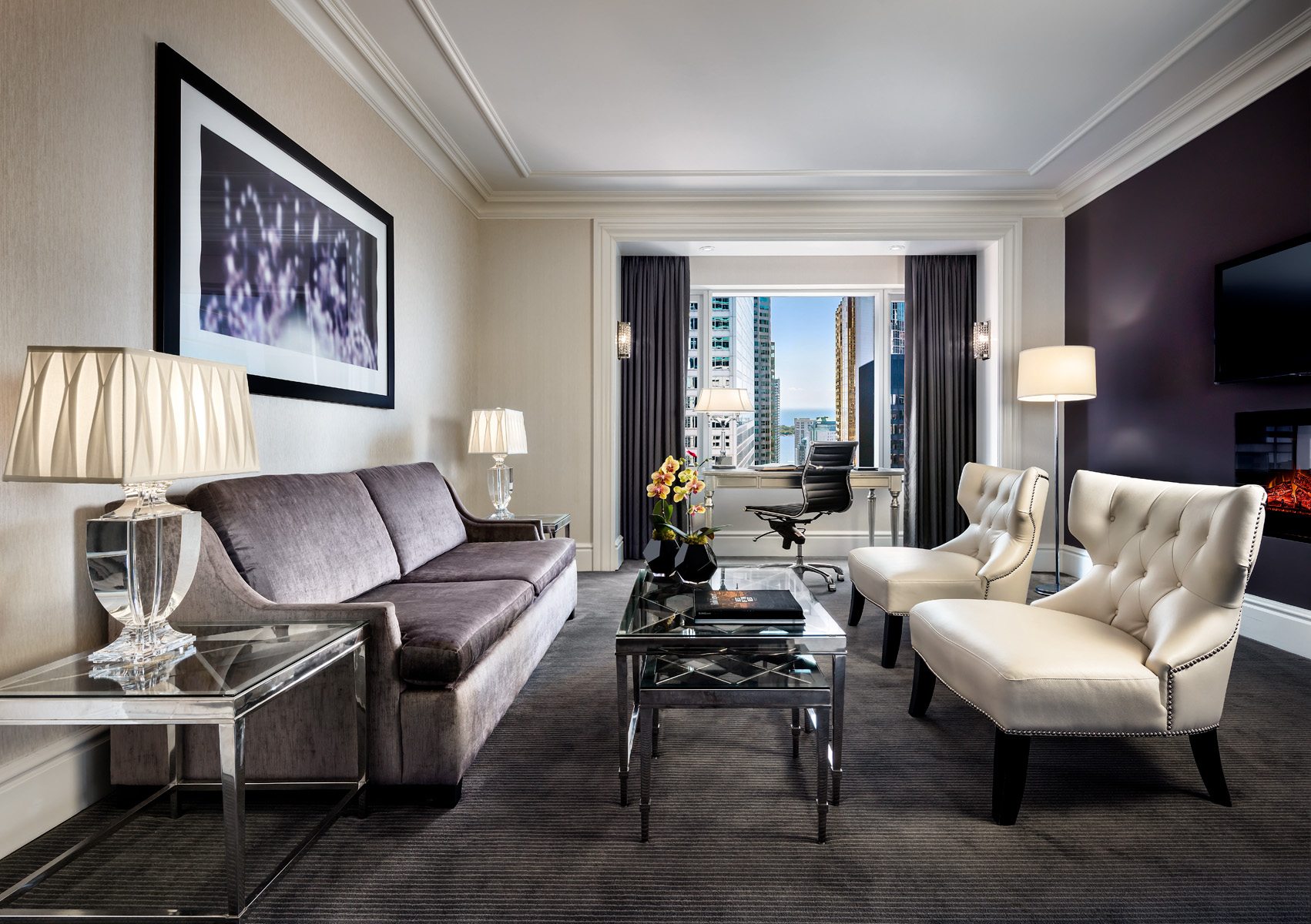 Toronto’s Trump International Hotel and Tower is no more. A rebranding of the building and its 256-room hotel is underway, and, following an 18-month renovation that is scheduled to begin shortly, it will reopen as the St. Regis Hotel. (Until the facelift is complete, the hotel will be called The Adelaide Hotel Toronto.) When the new space is complete, personal concierge service will be available to press clothes, fetch ice and serve coffee on demand.