The best places to shop in Bloor-Yorkville right now

The best places to shop in Bloor-Yorkville right now

With prime real estate devoted to iconic institutions like Holt Renfrew and Harry Rosen, Bloor-Yorkville has long been considered Toronto’s most sophisticated shopping destination. Recently, though, the neighbourhood has seen such a huge influx of cult designer goods that it’s hard to keep track of all the sartorial choices. Here are 11 of our picks for where to find celeb-worthy stilettos, fancy-occasion gowns and the sharpest menswear around.

Versace’s two-storey, 3,000-square-foot flagship recently opened on Yorkville Avenue and is filled with the kind of slinky looks beloved by supermodels such as Naomi Campbell for decades. Imagined by Japan-based interior designer Gwenael Nicolas, the space is as glam as its gowns: there’s marble flooring, gold accents everywhere and a ceiling that’s nearly entirely covered by a 3-D brass grid. If you’re on the hunt for any kind of animal-printed ensemble, it’s your best bet. 106 Yorkville Ave., 647-954-1800, versace.com. 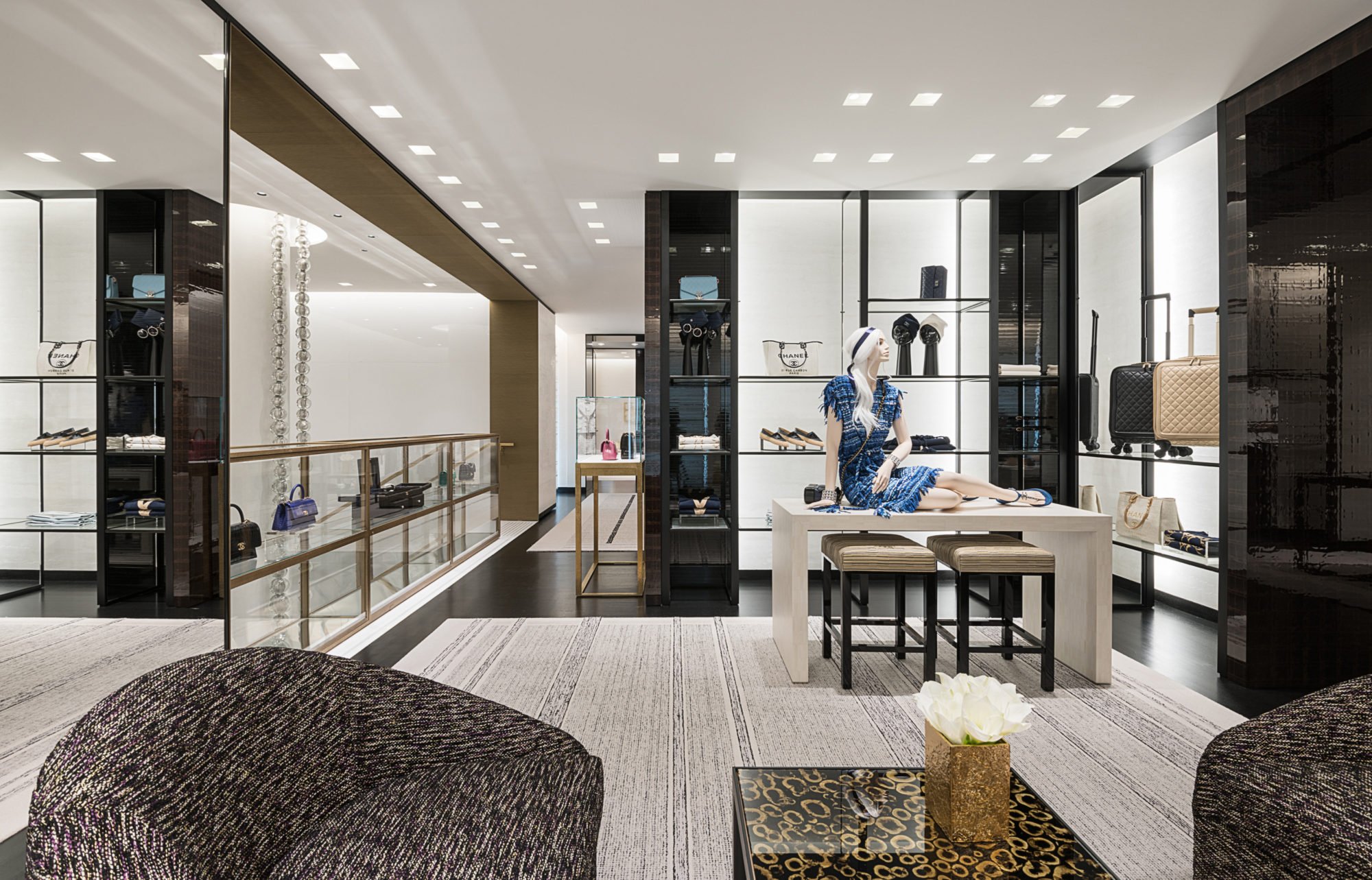 Chanel opened their new Toronto flagship, in a historic yellow-brick building on Yorkville Avenue, at the end of 2017. The building, which was built in 1922 for Mount Sinai Hospital, was transformed by architect Peter Marino. He preserved the exterior and turned the inside into a fashion-lover’s paradise reminiscent of a chic Parisian apartment. Shoppers will find all kinds of chic handbags, sparkly jewels, classy pumps, and, of course, the label’s signature tweed suits. The space also features a limestone fireplace that was flown in from Paris and an eight-metre-tall sculpture of a pearl necklace that would make Miss Coco herself swoon. 98 Yorkville Ave., 416-925-2577, chanel.com. 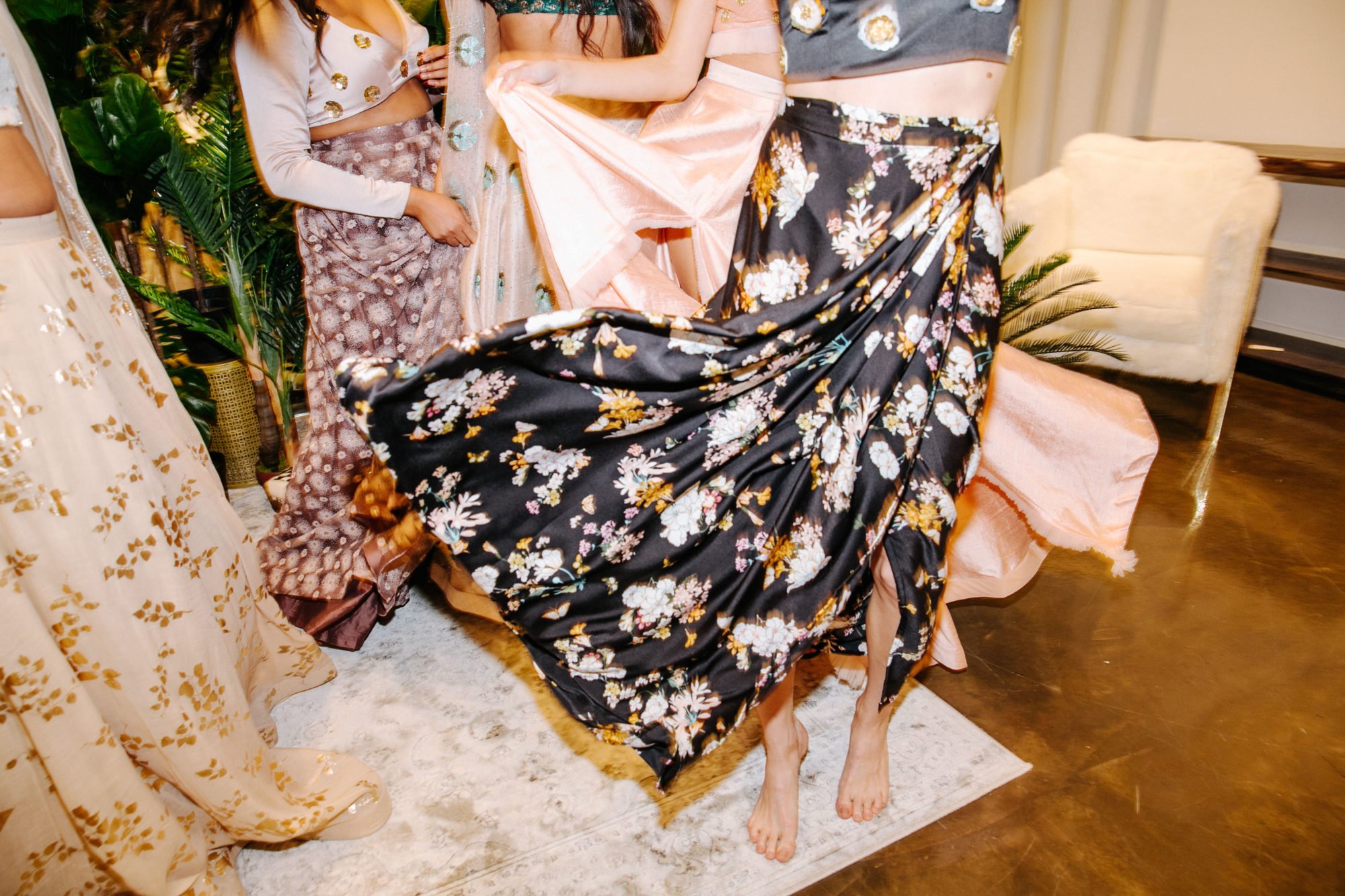 Mani Jassal is a local fashion designer and Ryerson grad who’s become known for making stunning gowns inspired by her Indian heritage. She took over a showroom in Yorkville Village at the end of 2018, where she sells seven collections, including formal bridal gowns and more casual everyday looks. She’s been a popular pick among celebrity stylists, and Rupi Kaur recently wore one of her gowns to the CAFA Awards in Toronto. Though they draw on her background, her pieces aren’t culturally specific and can be worn anywhere: we love this two-piece floral number for late-summer weddings. Yorkville Village, 55 Avenue Rd., 647-898-7737, manijassal.com. 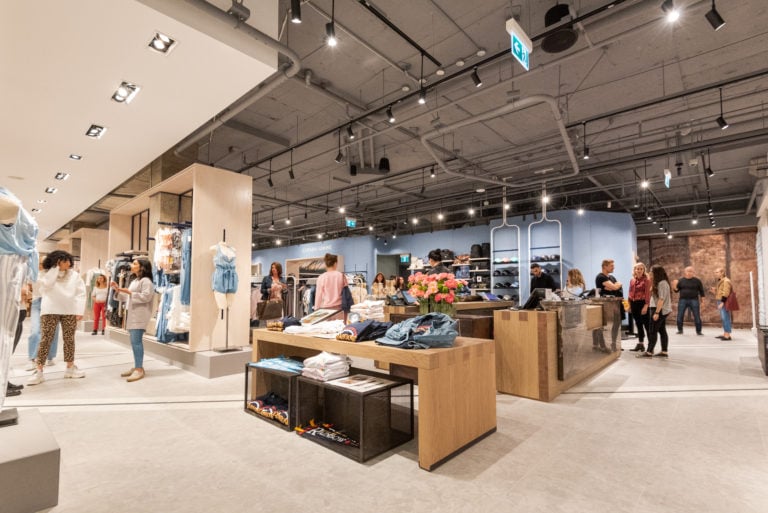 For stylish denim: Over the Rainbow

Over the Rainbow, a family-run Bloor-Yorkville mainstay since it opened in 1975, was one of the first stores in Toronto to make jeans fashionable. After more than three decades in the same home on Yorkville Avenue, founder Joel Carman decided to upgrade the store this year and moved into a 6,500-square-foot space inside the new Manulife Centre. It still has the famous denim wall, with over 170 styles for men and women, but way more space for other classy, carefree looks. You’ll also find an in-store tailoring shop and the repurposed rainbow sign from the old shop. Manulife Centre, 55 Bloor St. W., 416-967-7448, rainbowjeans.com. 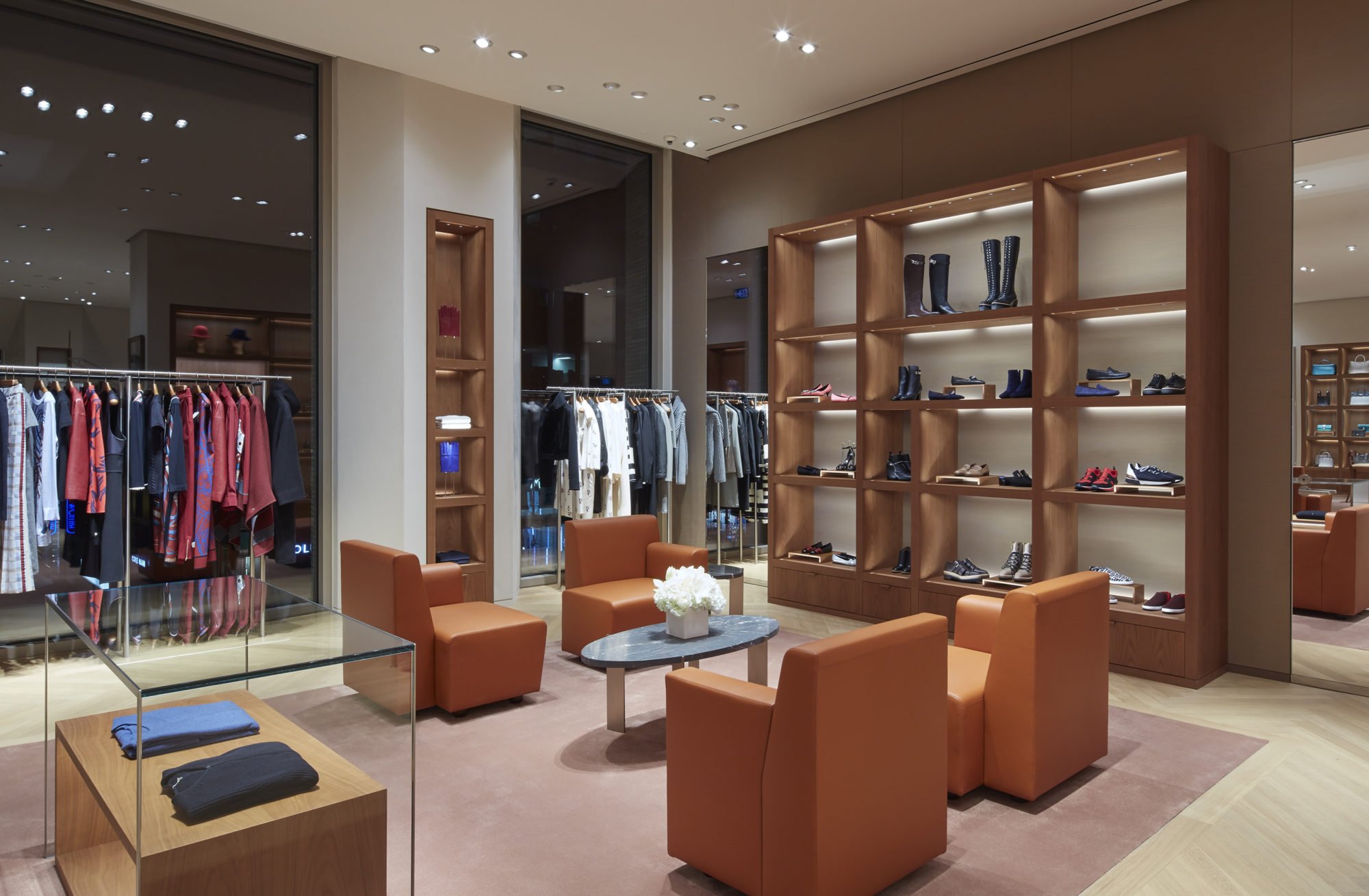 After months of renovations during which the store was wrapped up as a giant orange box, Hermès opened the doors to its mammoth new Bloor Street flagship at the beginning of 2018. The space was designed by French architecture firm RDAI (they design all the Hermès stores), and features warm wood accents, marble flooring and leather details. The swirling centre staircase is heavily Instagrammed, and shoppers will find plenty of Drake-approved accessories, such as their signature silk scarves, leather cuffs and embellished clutches—but you’ll need a little luck (and a lot of bucks) to get your hands on a coveted Birkin Bag. 100 Bloor St. W., 416-968-8626, hermes.com. 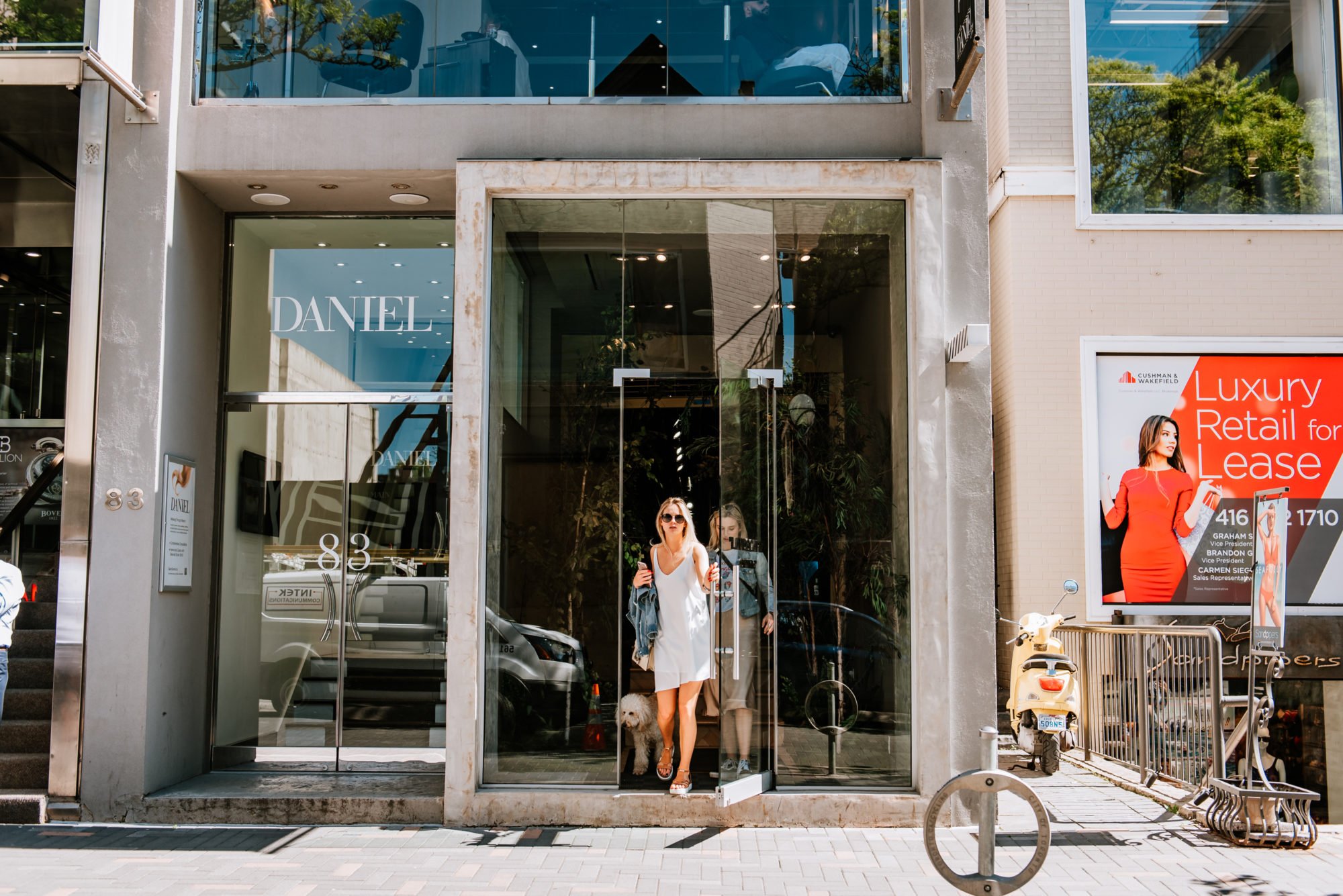 Fashion designer Virgil Abloh opened the first Canadian location of his high-end streetwear brand on Yorkville Avenue in 2017. Abloh is Kanye West’s creative director, and he’s also the artistic director for Louis Vuitton’s menswear collections. Each of his Off-White stores is different: Bloor-Yorkville’s design was inspired by overgrown nature, with tufts of yellow grasses lining the perimeter of the store. As for the clothing, the selection is comfortable and conceptual with plenty of oversized silhouettes and edgy patterns to satisfy the most street-style-savvy shoppers. 83 Yorkville Ave., 416-546-4384, off—white.com. 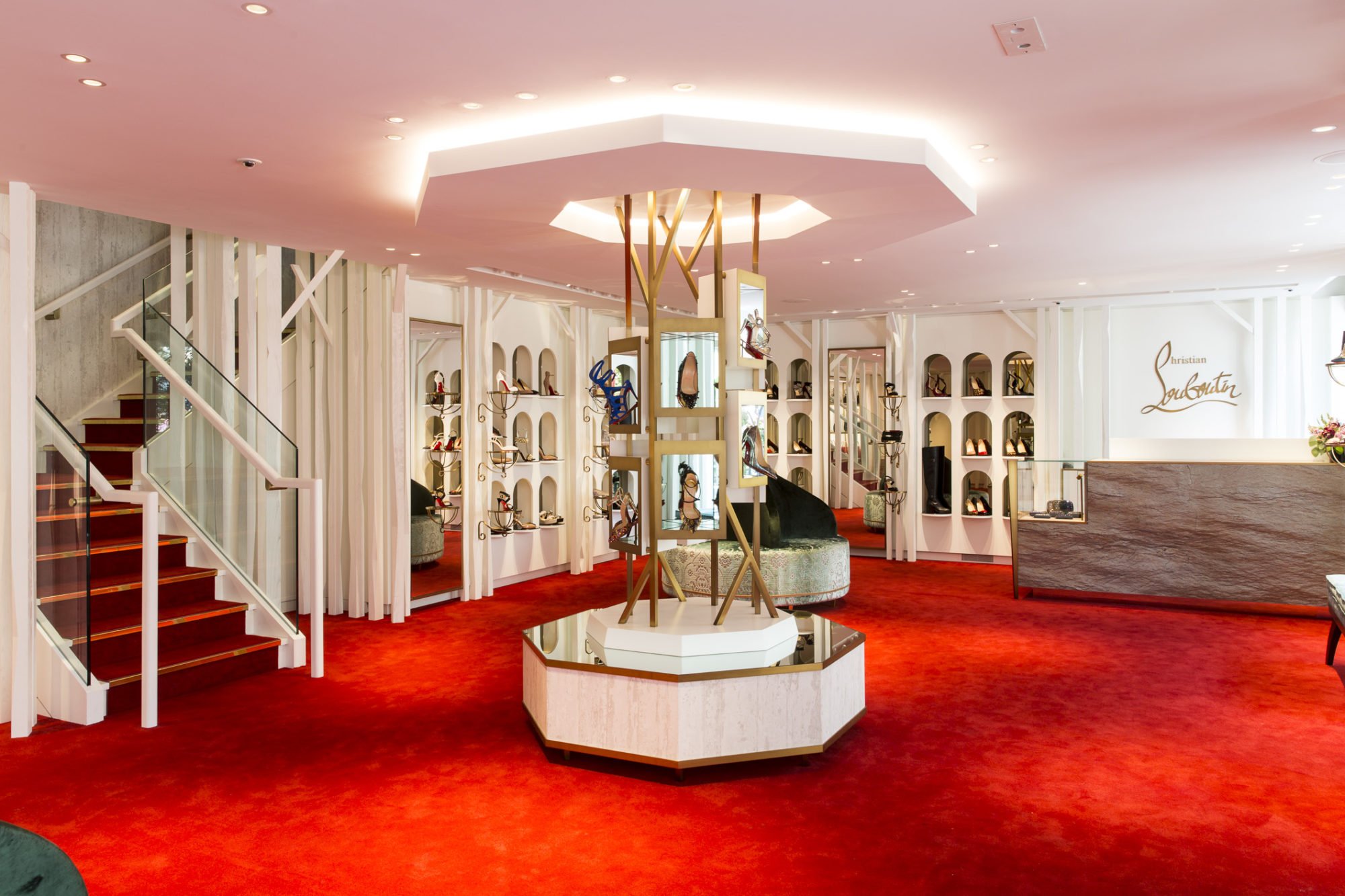 The iconic red-bottomed shoes beloved by everyone from SJP to Cardi B, arrived in Bloor-Yorkville in a big way in the summer of 2016. The brand took over a two-storey Victorian on Yorkville Avenue, painted it a bold crimson-red and transformed the interiors into a seriously swanky space that was inspired by an enchanted forest. The middle of the main floor features a “shoe tree,” with heels hanging from brass branches. Though they’re famous for their sky-high stilettos, shoppers will also find demure pumps, funky sneakers, men’s loafers and a large collection of handbags. 99 Yorkville Ave., 647-694-1394, christianlouboutin.com. 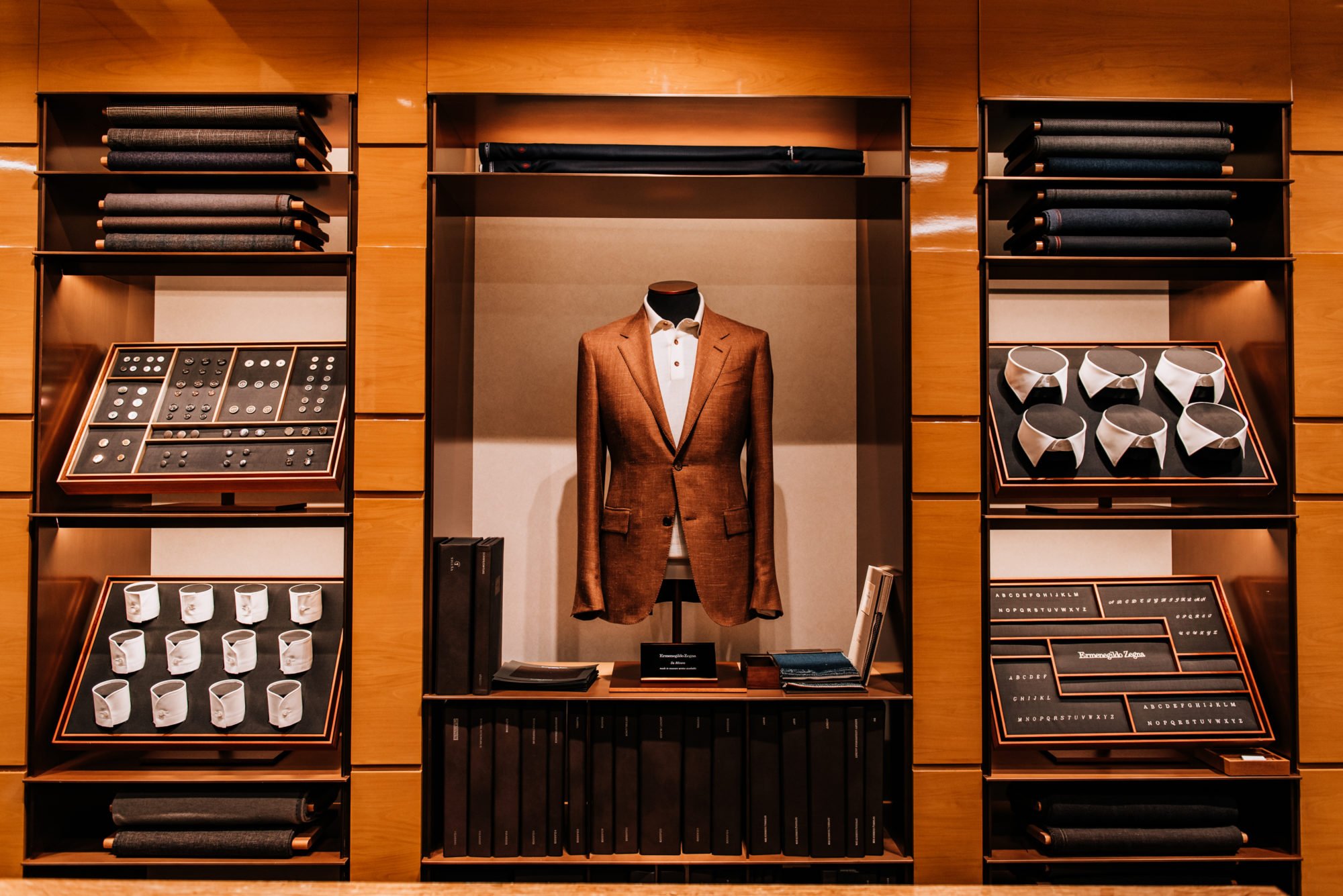 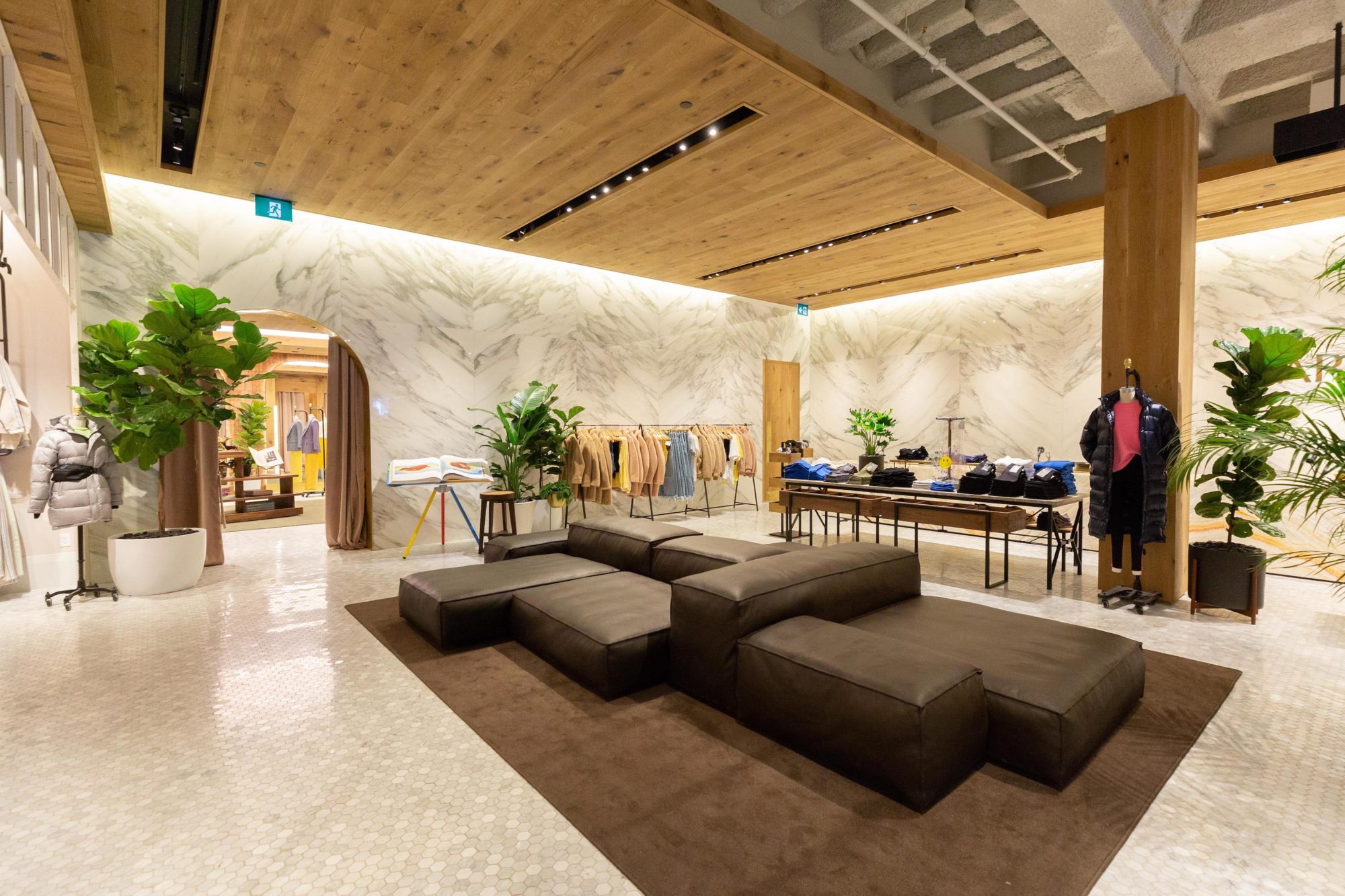 Aritzia’s Bloor-Yorkville flagship underwent a major makeover earlier this year, and is now double the size of its former location. The Vancouver-based brand sells popular labels like Wilfred and Babaton, and their casual, on-trend looks have fans in celebs like Hailey Baldwin, who attended the opening party in one of their neon parkas. If you’re searching for carefree crop tops, stylish blazers or fuzzy coats, they have you covered. The new shop also has an in-store coffee bar called A-OK Café, where shoppers can refuel with espressos and vegan treats from Tori’s Bakeshop. Holt Renfrew Centre, 50 Bloor St. W., 416-934-0935, aritzia.com. 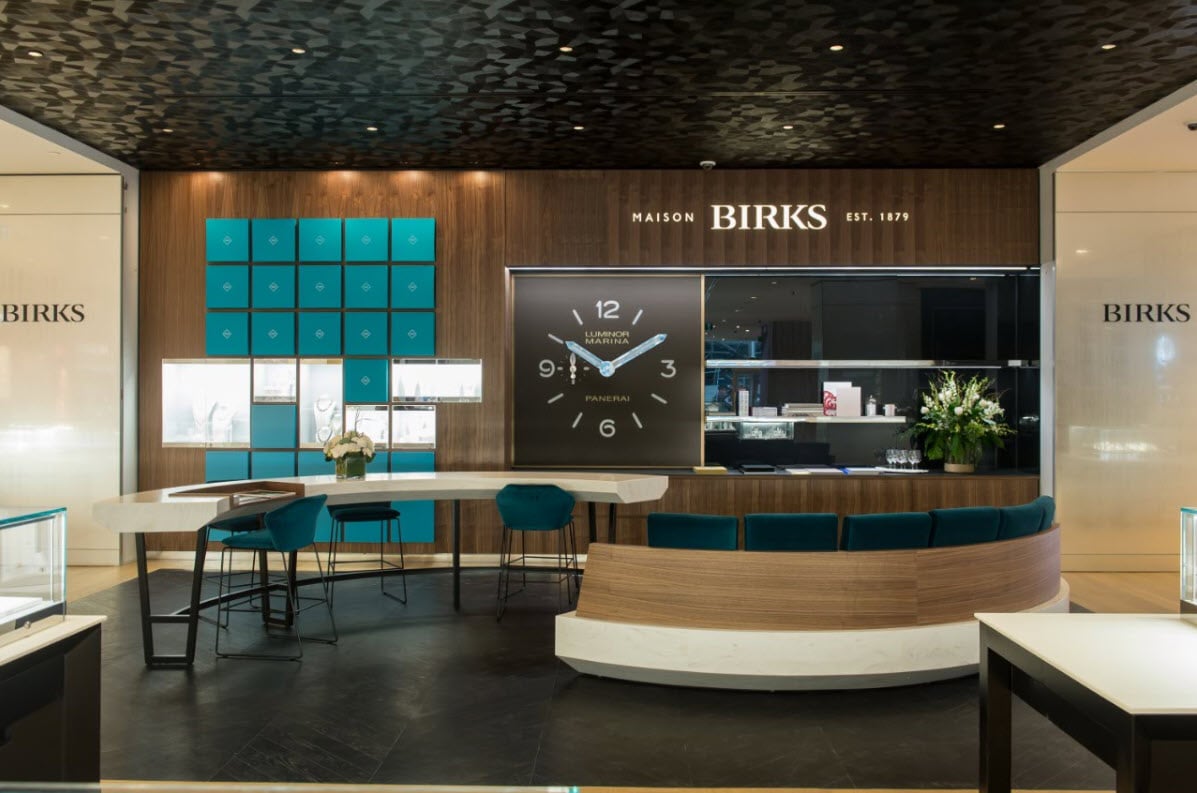 The Montreal-based jeweller recently unveiled its redesigned flagship in the new Manulife Centre. The open-concept space is now spread out over one level, with a sleek, contemporary look designed to appeal to millennial brides. A beautifully curved bridal bar at the back allows couples to try on exquisite diamonds in a more casual environment. Fans of Meghan Markle can get their hands on plenty of duchess-worthy pieces, such as this pair of opal stud earrings she sported recently. Manulife Centre, 55 Bloor St. W., 416-922-2266, maisonbirks.com. 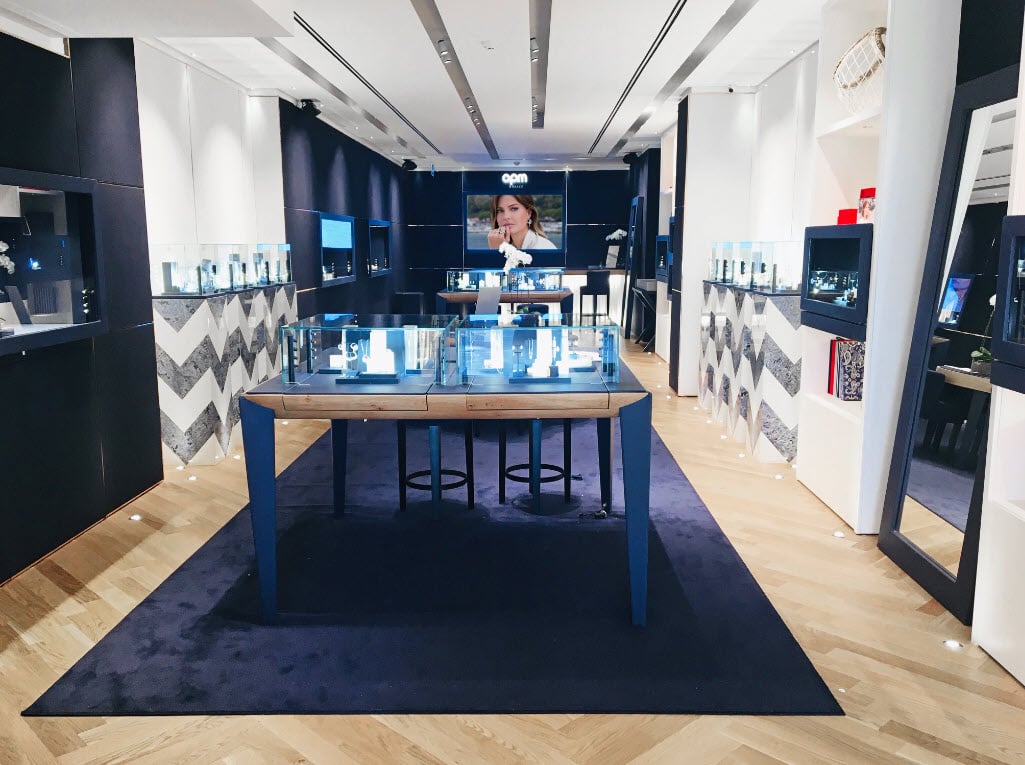 APM Monaco has been making jewellery inspired by the south of France since the 1980s. Their first Canadian store opened in 2017 in Bloor-Yorkville, peddling upscale, playful pieces like rainbow-drop earrings and glittering galaxy-inspired bracelets—all at an affordable price point. The brand is constantly coming out with new styles (four collections per month, to be precise), and their customizable collections, which let you deck out their bangles, earrings, cuffs and necklaces in bold lettering, make great gifts. 89 Bloor St. W., 416-353-0861, apm.mc.

For more information on shopping in Bloor-Yorkville visit bloor-yorkville.com.