Why all your friends are moving to South Etobicoke

Why all your friends are moving to South Etobicoke

It seems like if you speak to (or eavesdrop on) millennials at a bar, restaurant or kickboxing class, at least one of them will tell you they live in South Etobicoke. Usually, this is followed by a discussion of how much the area has changed, the influx of condos, or how someone in the group “has a few friends who just moved there” and it “seems like a cool area.”

While it’s becoming a somewhat predictable conversation, there’s a reason. South Etobicoke, once a blank stretch of road that meant you were on your way to Mississauga, has become a bustling concentration of new condominiums, even newer homeowners, and a pretty awesome collection of restaurants, cafés and boutiques to match. As a result, it isn’t surprising that the area surrounding Parklawn Road and Lake Shore Boulevard West is becoming a haven for young, idealistic professionals and new homeowners.

It’s close to downtown…
South Etobicoke is well within Toronto city limits, so it doesn’t come with that dreaded moment of having to tell your friends and family you’re moving to the burbs. You don’t have to worry about astronomical Uber bills that slowly put a damper on your social life, you can still make it to a Jays game after work, and your friends won’t stop coming over because it’s “way too far.” Even given the recent surge in population, the area is well serviced by TTC routes to the Bloor subway line (about 10 minutes) and a GO station with Toronto’s first-ever TTC/GO Transit shuttle bus, as well as immediate access to the Gardiner Expressway, so that most days you can avoid the $19 Uber downtown and spend the cash on cocktails. Most importantly, moving to South Etobicoke doesn’t feel like you’re disconnecting from your former downtown self, but instead gaining a slightly more relaxed alter ego.

…but it’s so NOT downtown
The streets are wide, there are strollable tree-lined boulevards that actually look like movie sets, and the nearby lake means fresh air and a killer view to wake up to every morning. The waterfront is peppered with beautiful paths, sailing harbours, and tucked-away beaches where you can bring your dog for a day of reading and soaking up the sun. Imagine being walking distance from a beach in Toronto. New adorable cafés and restaurants also give residents a ton of spots to explore—in addition to neighbourhood classics like the famous San Remo Bakery and Tom’s Dairy Freeze. It’s the kind of area that appeals to people who like to unwind after work with a lakeside jog, an unhurried dinner, or a long walk with friends—furry and otherwise.

Tons of new condos means cool places to live
Because of the number of new places to live in South Etobicoke, condo searchers have options to find a place that works for them. New developments such as Phoenix by Empire Communities are offering modern interior design and innovative amenity features, like tech integrations instead of outdated party rooms or broken theatres no one uses. Think handy dog-washing stations, open-concept gyms that fit more than five people at a time, and an infinity pool complete with private cabanas that rivals some of downtown’s best rooftop pools.

It doesn’t break the bank
In many Toronto neighbourhoods, it can feel like you’re shelling out the majority of your monthly salary to live in the city. South Etobicoke is one of those rare neighbourhoods where you can still find a great condo that will let you allocate a decent portion of your budget for play (which is good, because the restaurants, bars and waterfront fun are constantly calling). This is partly due to location but mostly because of competition; the influx of new condos means a better product, cooler amenities and the big one— better pricing to compete. An upcoming project that fits the bill is Empire Phoenix. Tucked away in the sub-community of Mystic Pointe, it offers a perfect opportunity to break into home ownership without having to give up the things you love to get there. 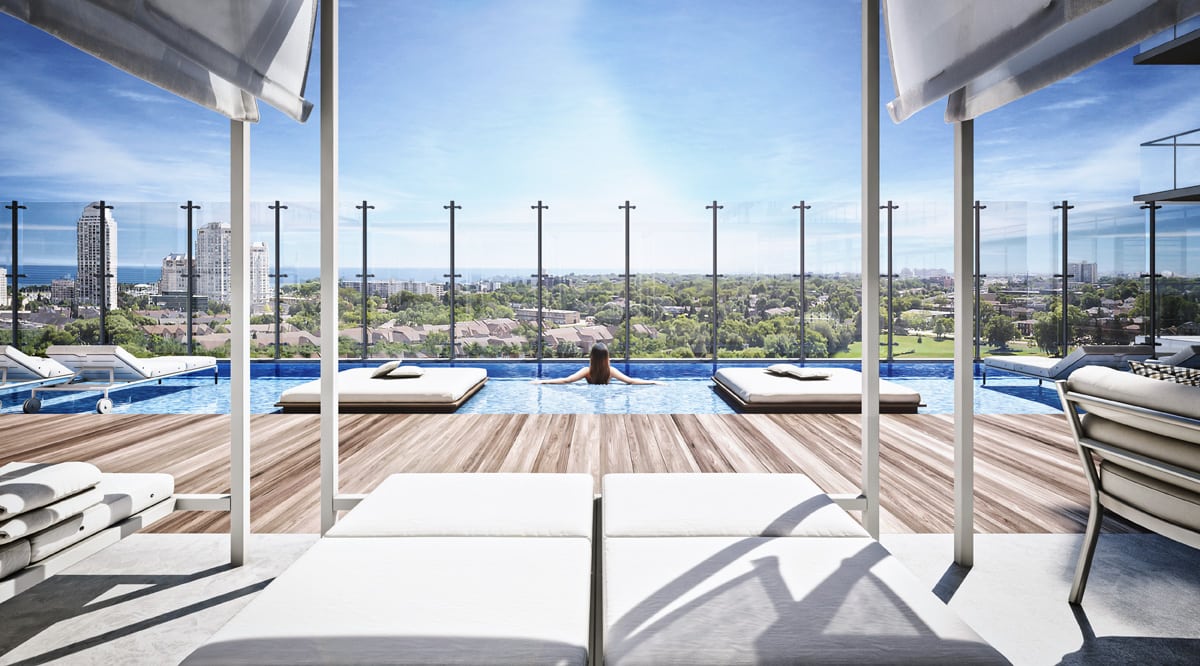