Sale of the Week: The $2.3-million Willowdale home that proves the second time is sometimes the charm

Sale of the Week: The $2.3-million Willowdale home that proves the second time is sometimes the charm


The history: The sellers bought the property in 2013 and quickly went about rebuilding from the ground up. They began construction on the current structure in January of 2014, and completed it in March of this year. The sellers went all-out with Italian porcelain and wood. They even brought contractors over from Europe to install it all. Now, they’re unloading the house so they can move to a more central location.


The fate: The buyer will be moving in with his family. He sees the property as an investment. Although the square footage of this house is a little on the low side relative to its sale price, the expensive materials made up the difference.


The sale: The sellers had the house listed for three months with another agent, but grew frustrated when the property didn’t sell. Shortly after they hired a new agent, but before they could list the property again, the eventual buyer got in touch. They negotiated a price $88,000 under asking.

The house has heated floors on all three levels: This is the family room, sans furniture: The office is panelled in rich wood: The dining nook has coffered ceilings and some fancy light fixtures: The living room is next to the kitchen: There are four bedrooms on the second floor of the house: Here’s the master bedroom, with its Juliet balcony: And where better to enjoy all that wine than in the adjacent bar area: Including Kevin Hart and Woody Harrelson in The Man From Toronto. Plus what’s on Crave, Apple TV Plus, Disney Plus and Prime Video 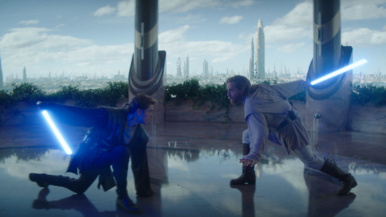