A 4,348-square-foot detached home in Scarborough with four-plus-one bedrooms and four bathrooms.

In 1973, the home’s original owners, a family from the Calabria region of southern Italy, custom-built this house inspired by Mediterranean design. The parents lived here until they passed away, leaving the decor and interior virtually untouched for nearly 50 years. Their adult children are now putting their home on the market for the first time as an estate sale.

The owners incorporated elements of Italian and Spanish architecture into the home, like arched entryways and rounded windows. However, the brightly coloured carpets were a style choice borrowed from the White House (where coloured carpeting differentiated rooms of importance) and were in vogue at the time.

The selling agents anticipate that the new owners will renovate and update the decor of the home. But, for now, this house serves as a window into 1970s suburbia.

Here’s a view of the home from the front. The porch was designed as a piazza with a working fountain as its focal point. There’s an attached garage with a long driveway that has room to park up to eight cars. 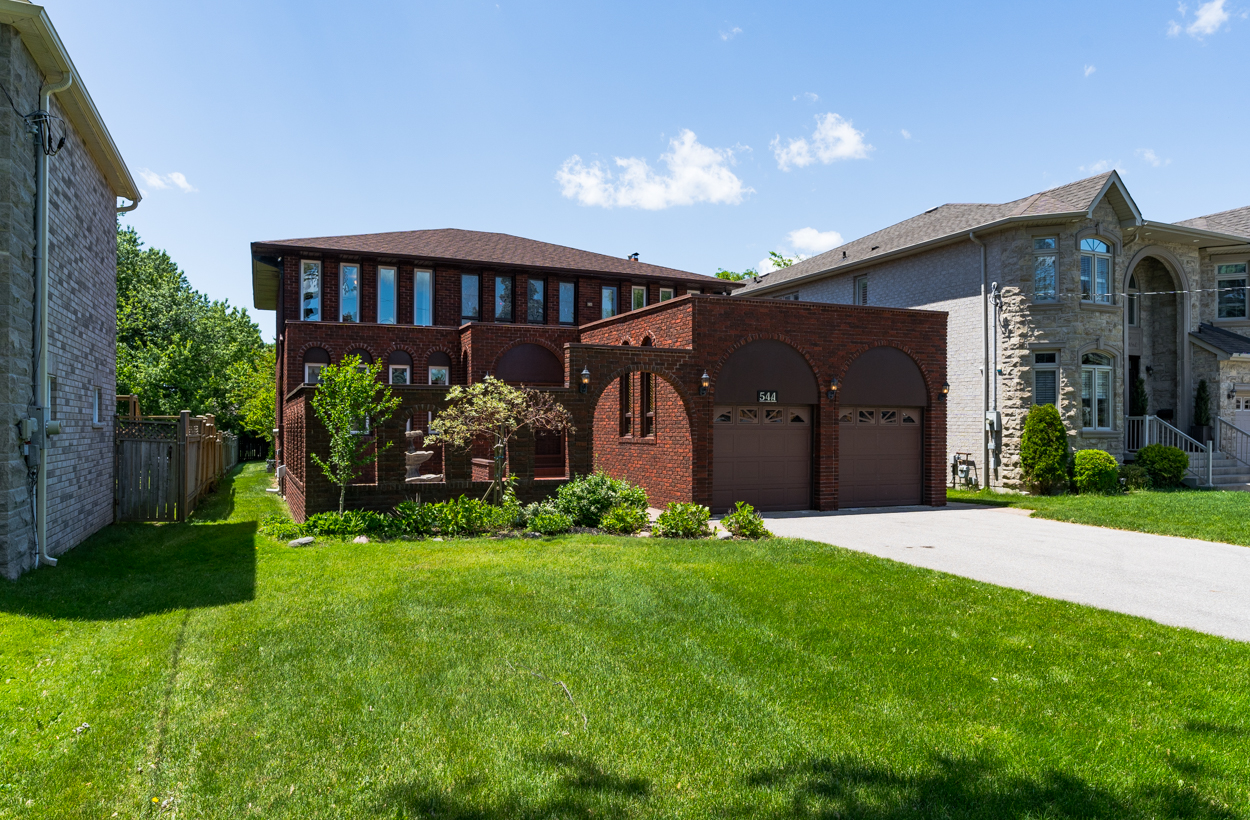 The front entrance was intended to feel “cathedral-like,” say the sellers. All four children had their wedding photos taken on the curved staircase as they got married in the 1980s and 1990s. One of the granddaughters has requested to repurpose the closet doors, on the right, so they won’t be included in the sale. “She wants to take a piece of the house with her,” says selling agent Krystle Fata. 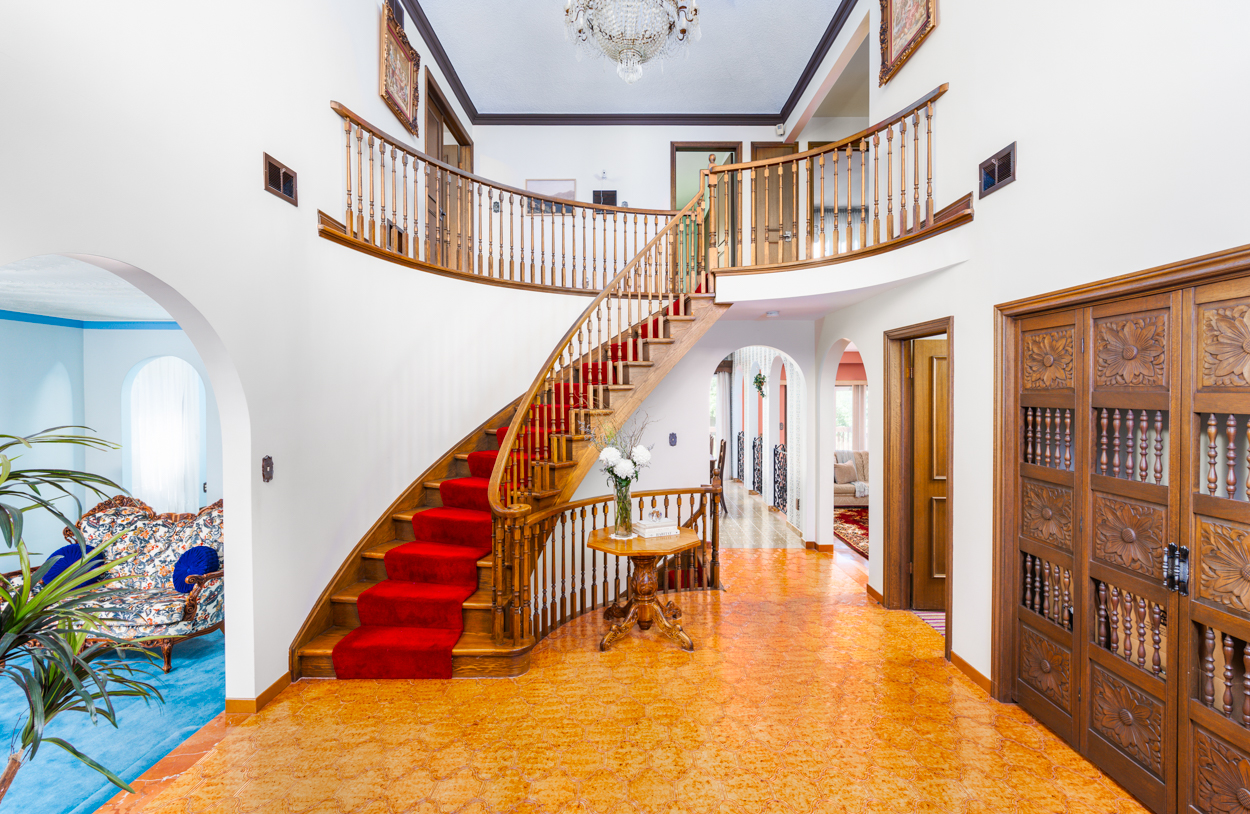 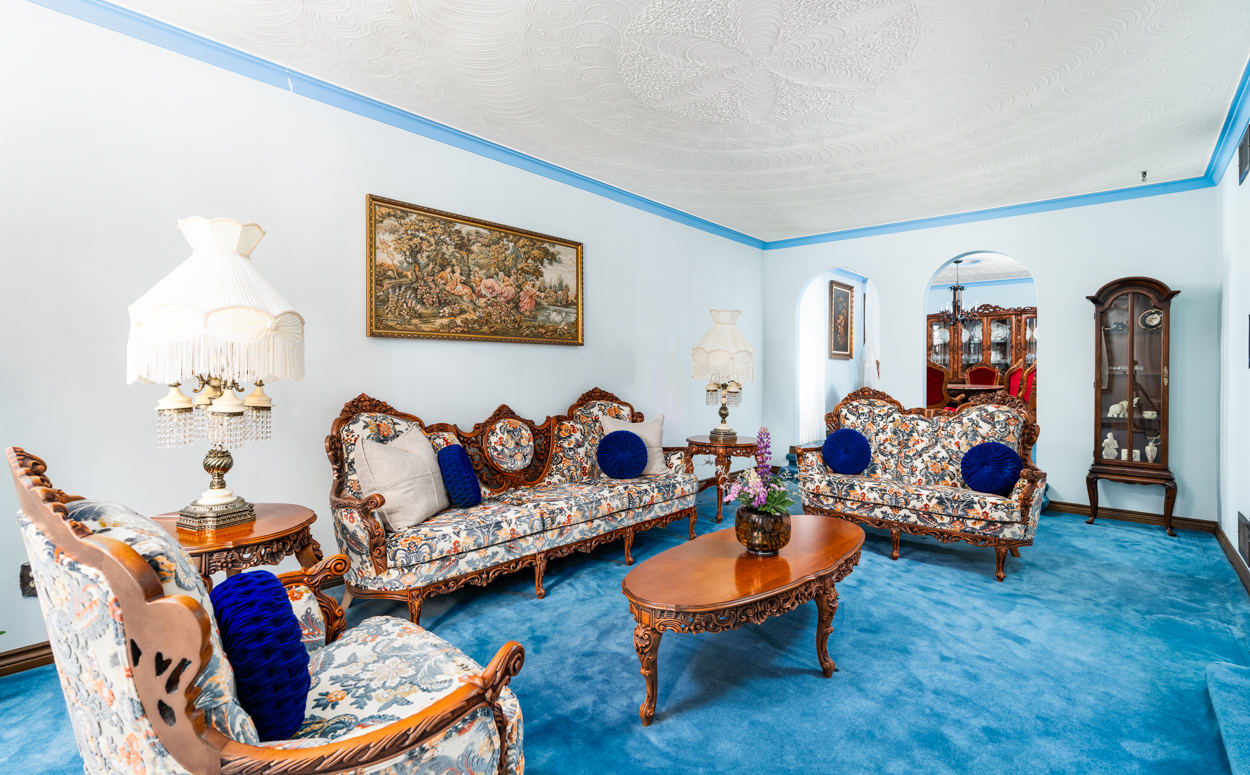 Here’s an adjoining dining room with that same blue splash. This space wasn’t sunken from the kitchen to make it easier to carry dishes from one room to the other. 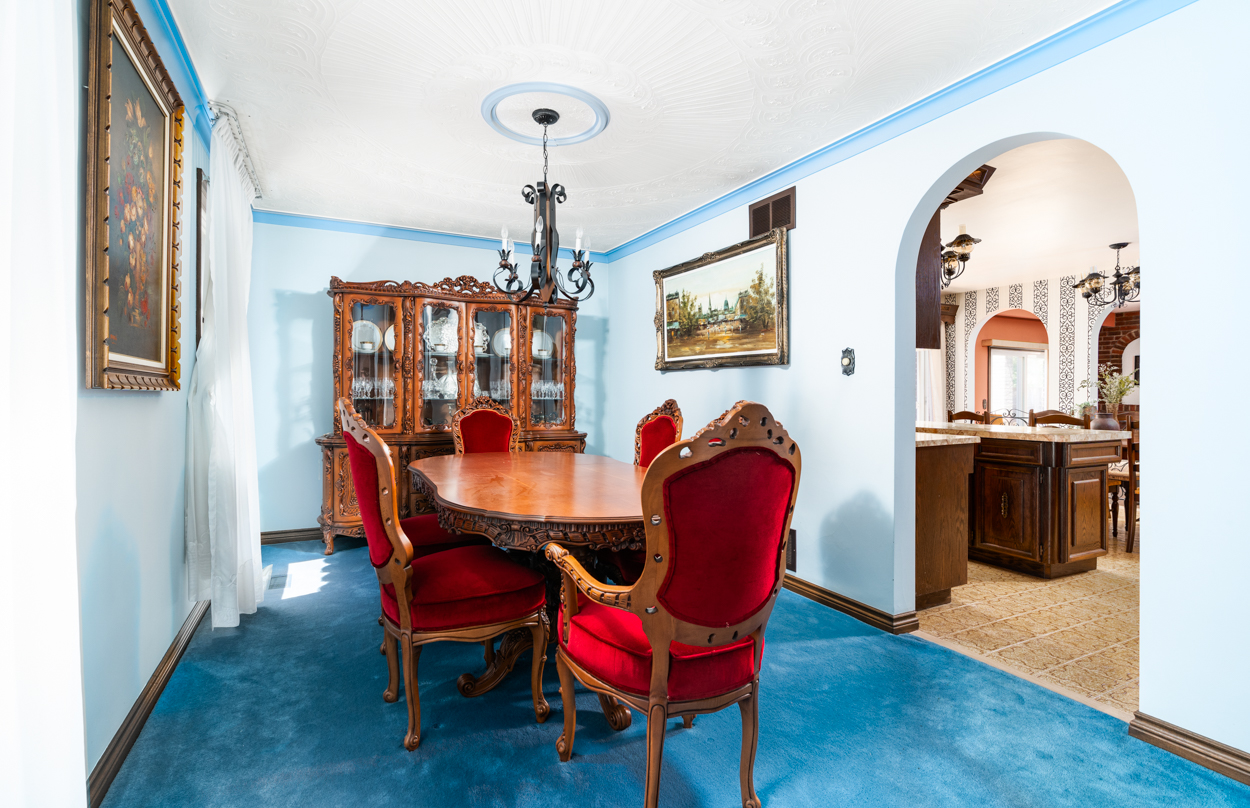 The kitchen comes equipped with an era-appropriate red stove and fridge. 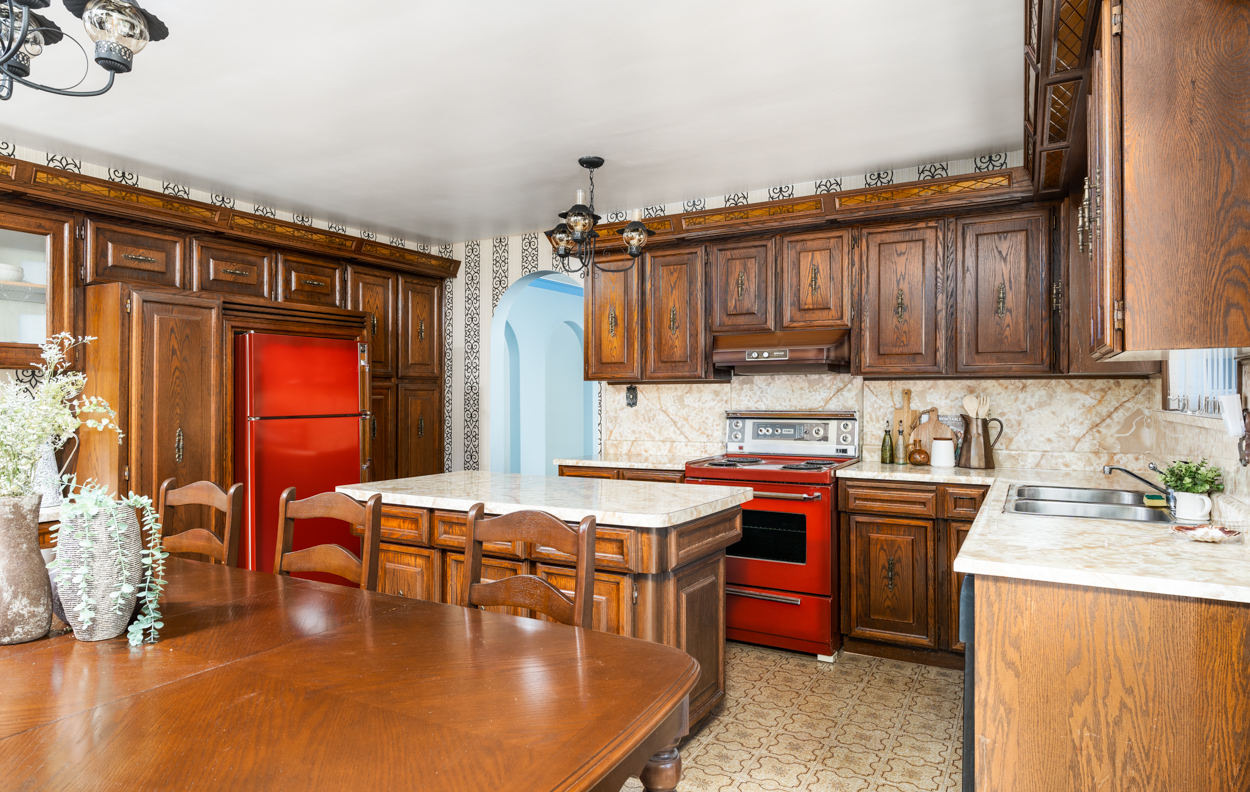 Outside the kitchen is a sunken family room featuring Mediterranean-style arched openings with wrought-iron barriers. 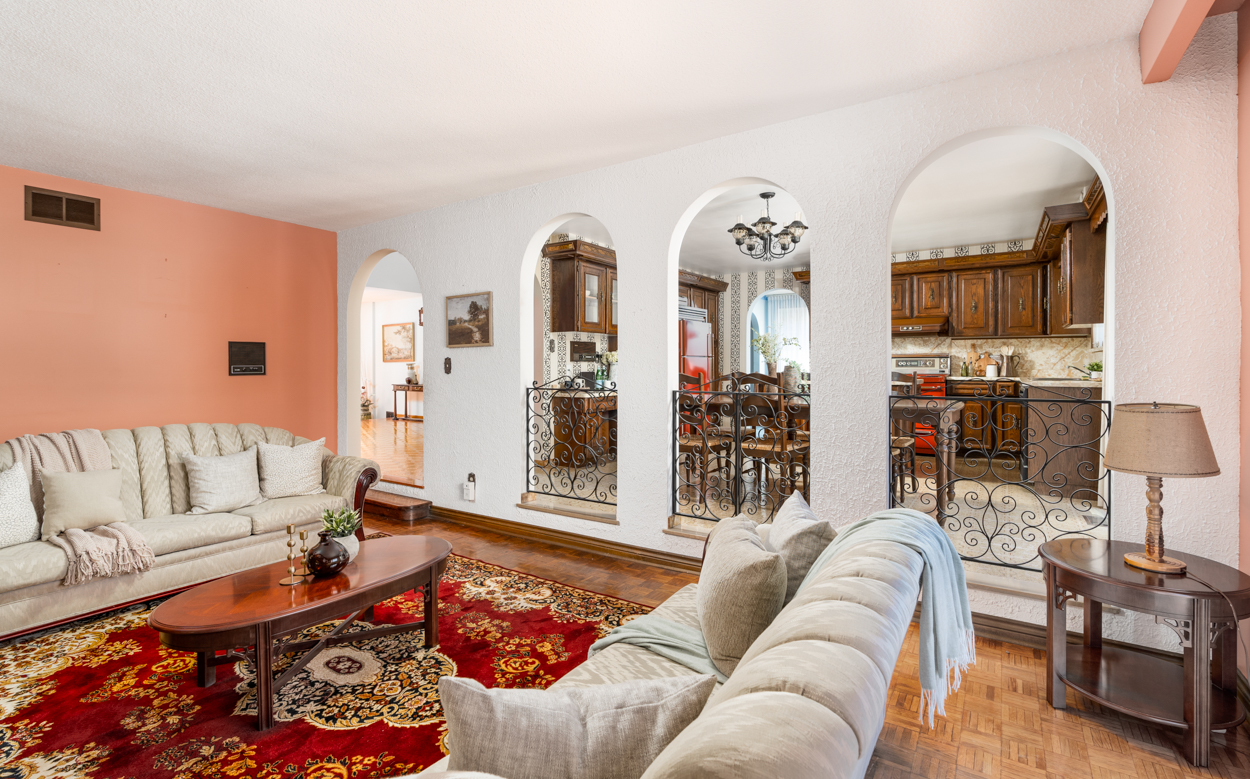 Here’s another view of the family room. It has a brick wall accent, a gas fireplace and a sliding door that walks out to the backyard. 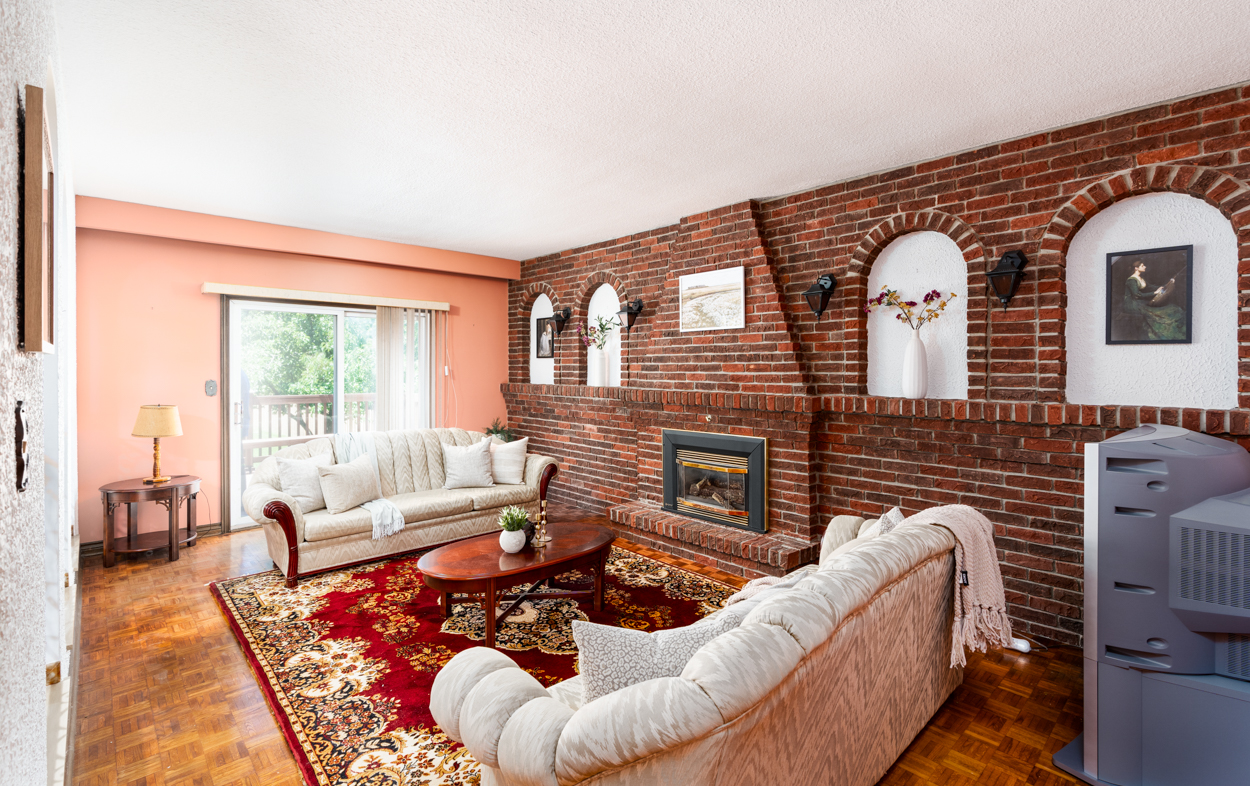 Also on the main floor is an office with built-in shelving, which can also be used as a guest bedroom. That model ship could come with the home at the right price. 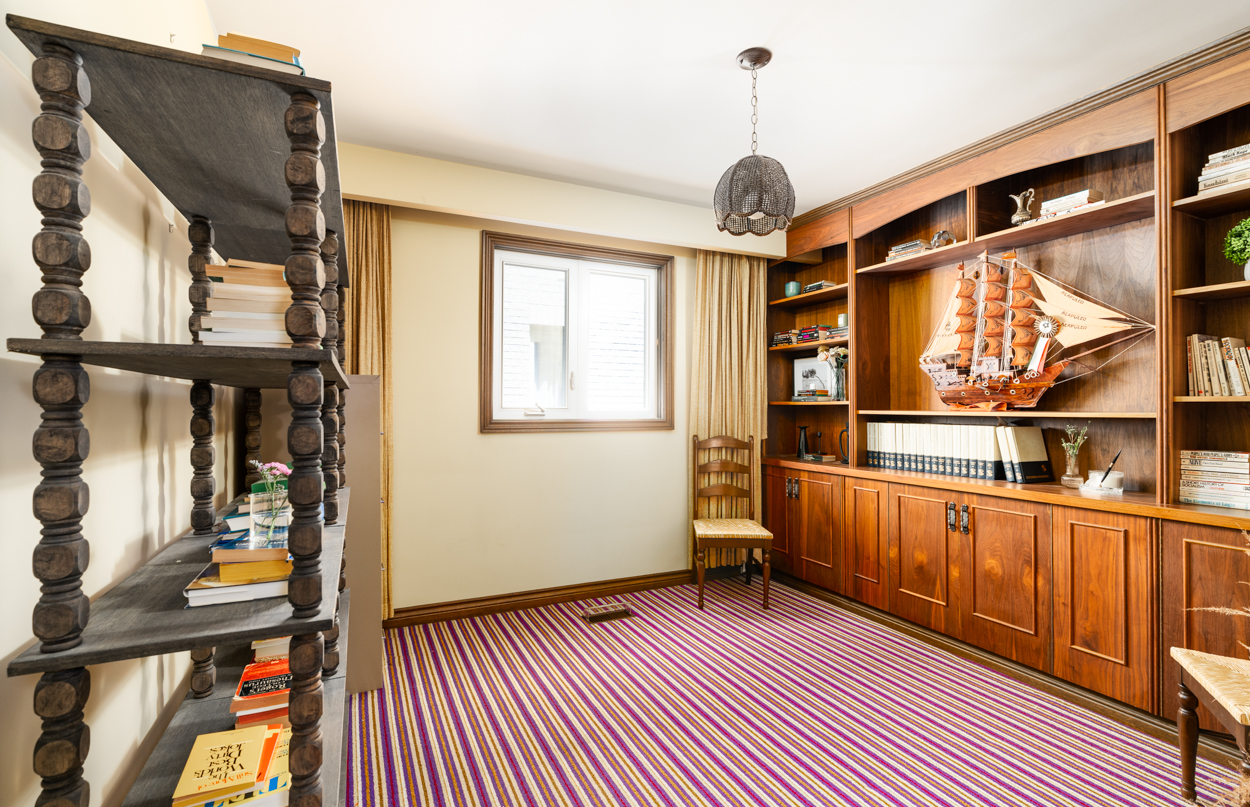 Here’s a view over the main entrance from the second floor. The home’s original plan had another bedroom in this space, but the family decided they didn’t need it, so they ditched it to add more light. The stained glass windows were custom-made by an artisan in Toronto’s west end. 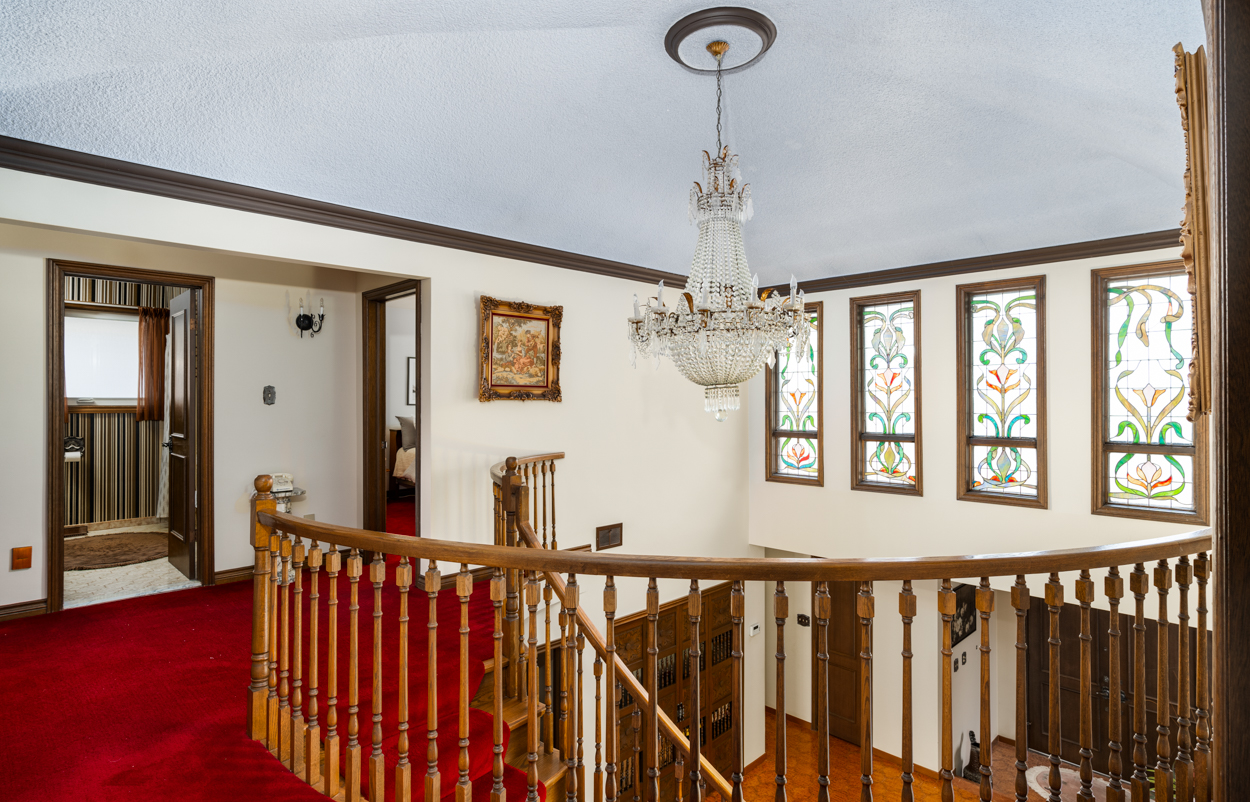 Coloured carpets continue on the second floor. This bedroom has a door that was meant to open up onto a terrace that was never built. 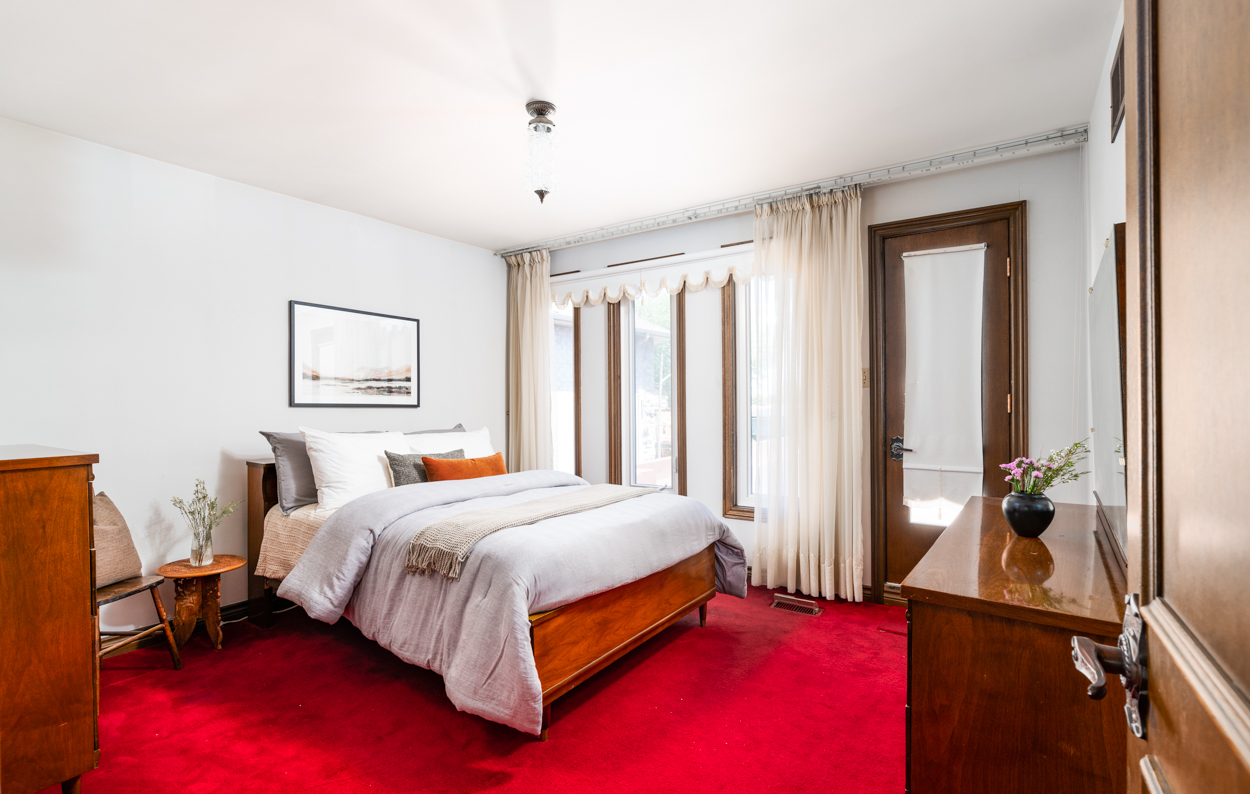 This blue bedroom has textured shag carpeting. It overlooks the backyard. 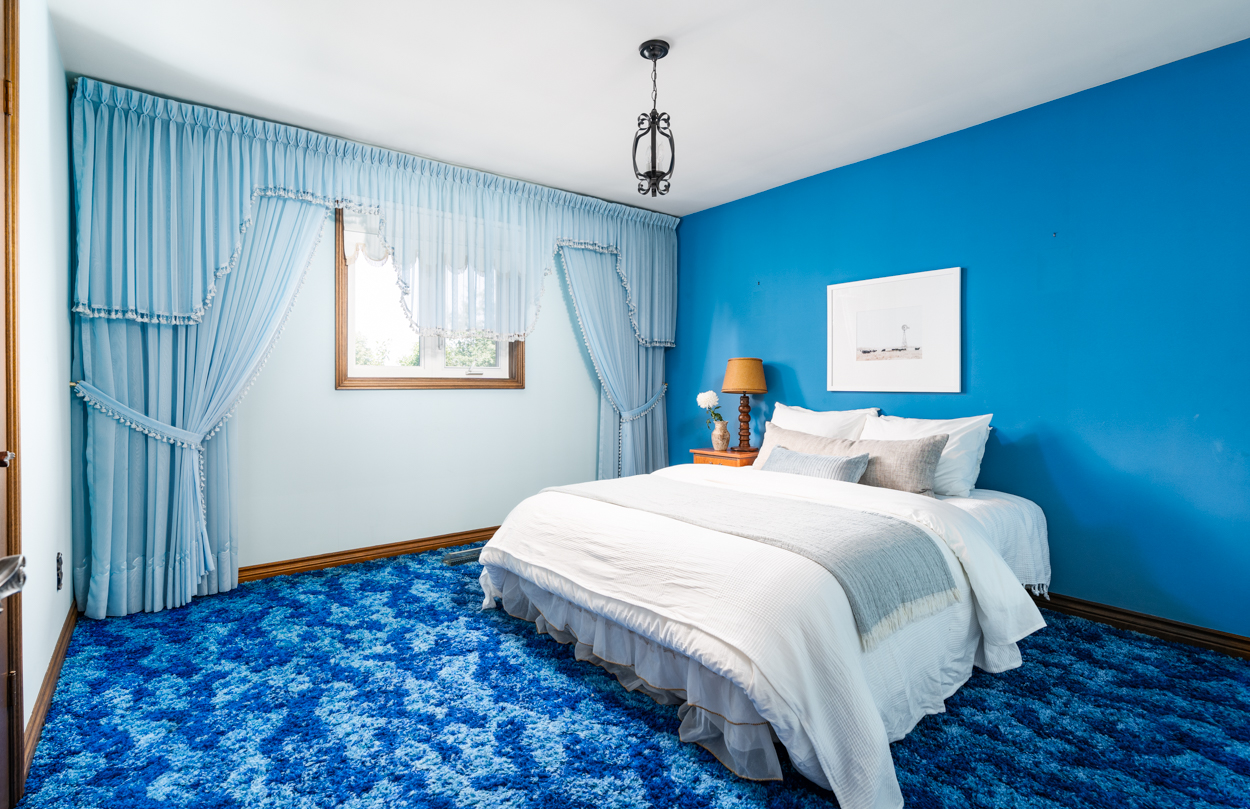 The green bedroom also looks out over the backyard. 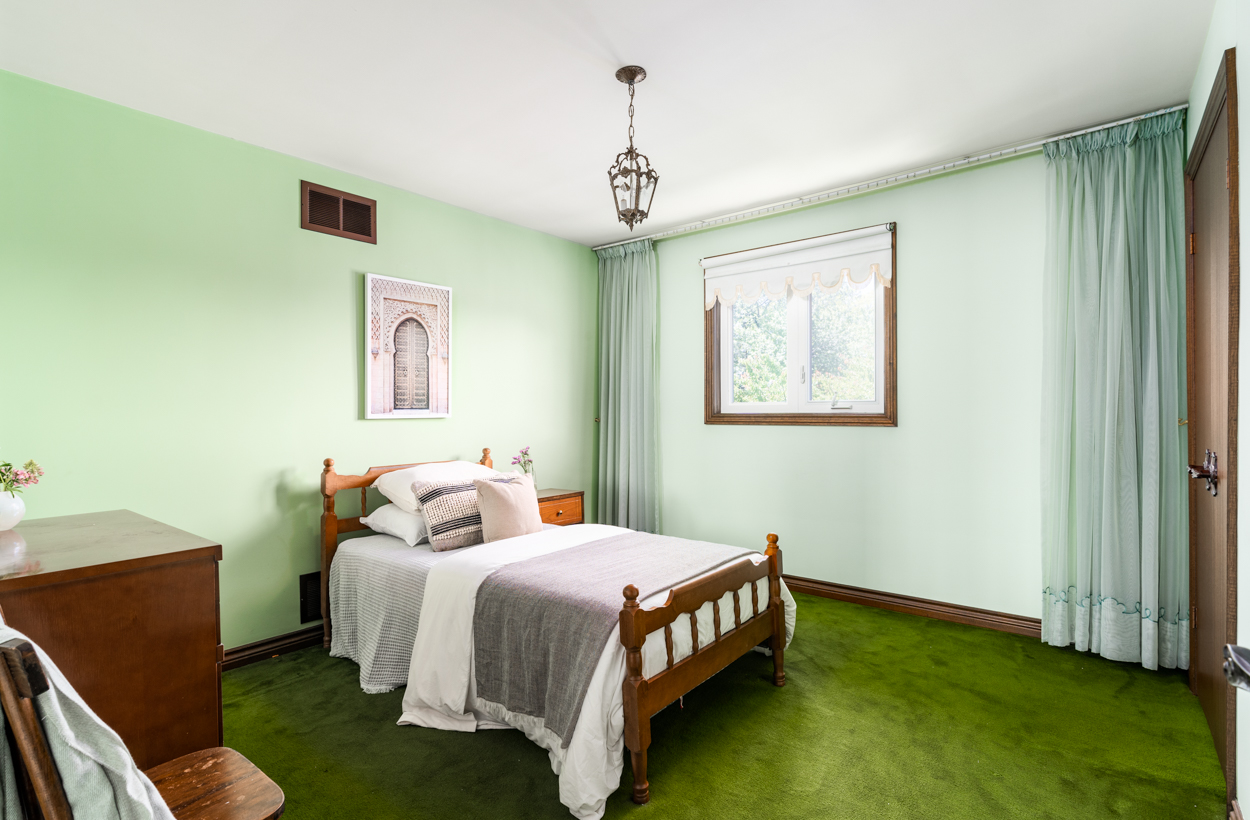 Here’s a full bathroom on the second floor with a double vanity. 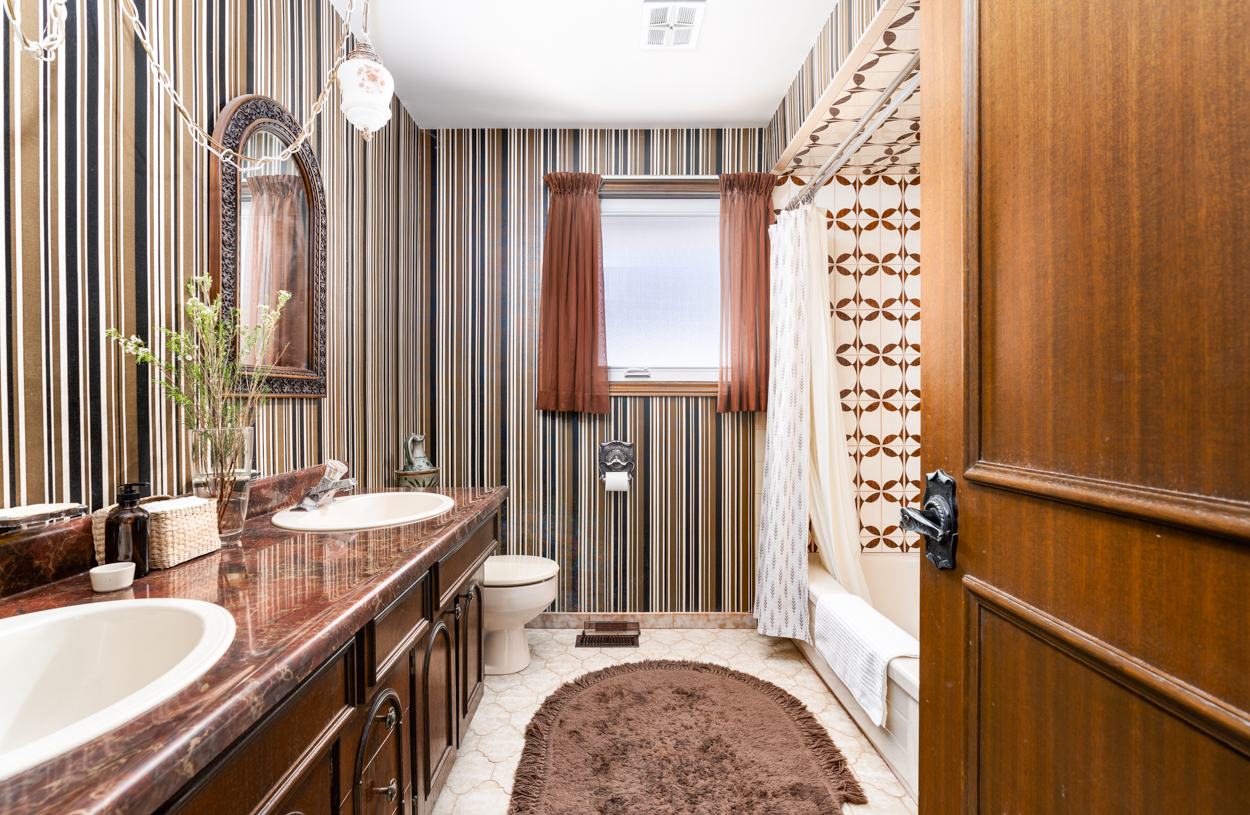 This is the primary bedroom, which is at the front of the home. The space has an ensuite bathroom, and the owners originally adorned it with red drapery to match those chairs by the window. 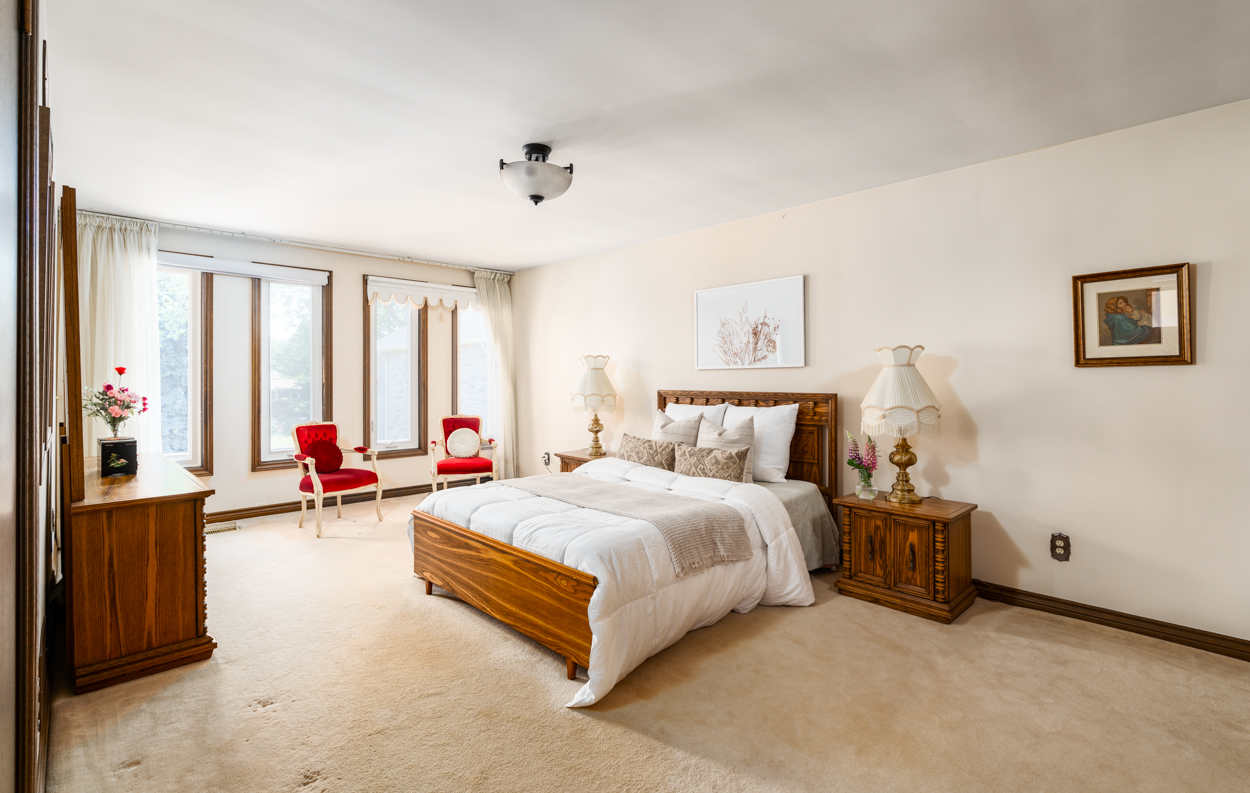 Here’s the primary ensuite bathroom. It has a bidet, which was a big deal back in the day. 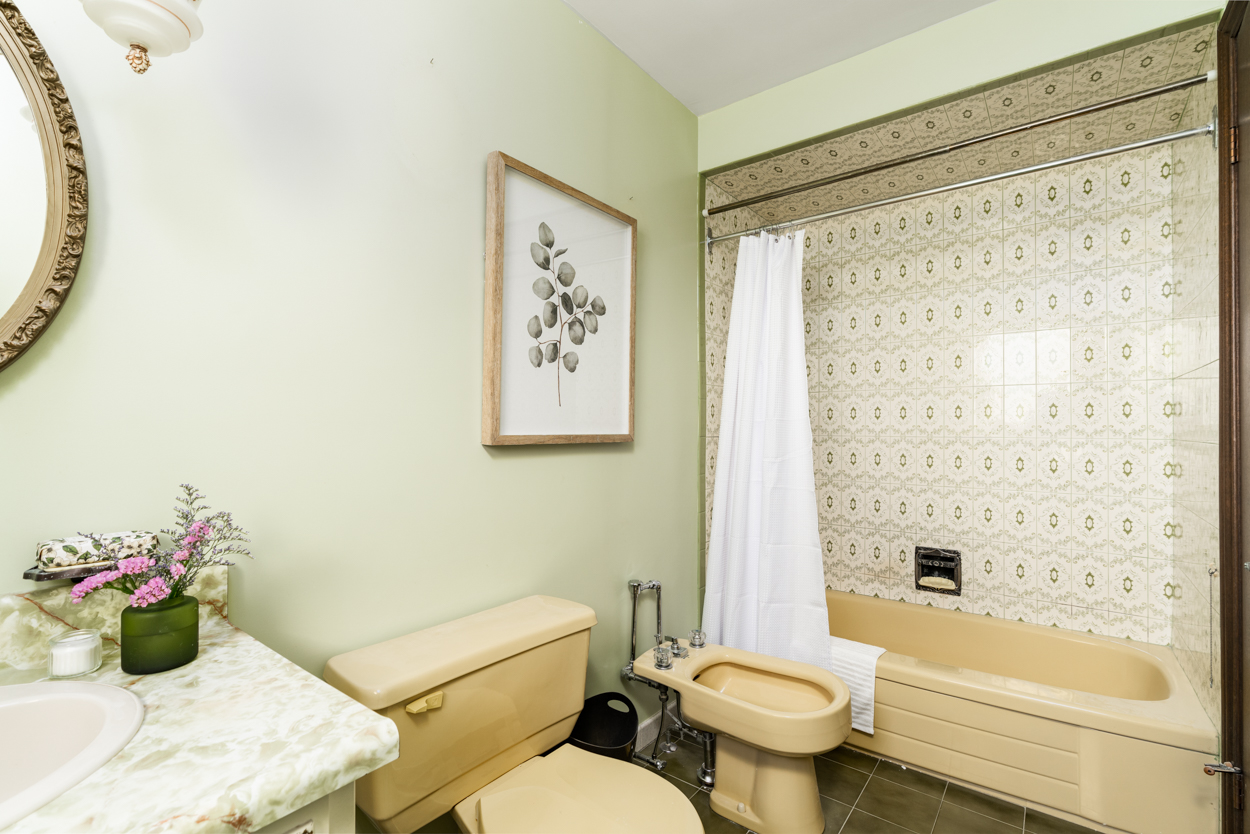 The highlight of the basement is this retro corner bar. There’s a small sink in the back corner and old-school wainscotting along the bar and basement. 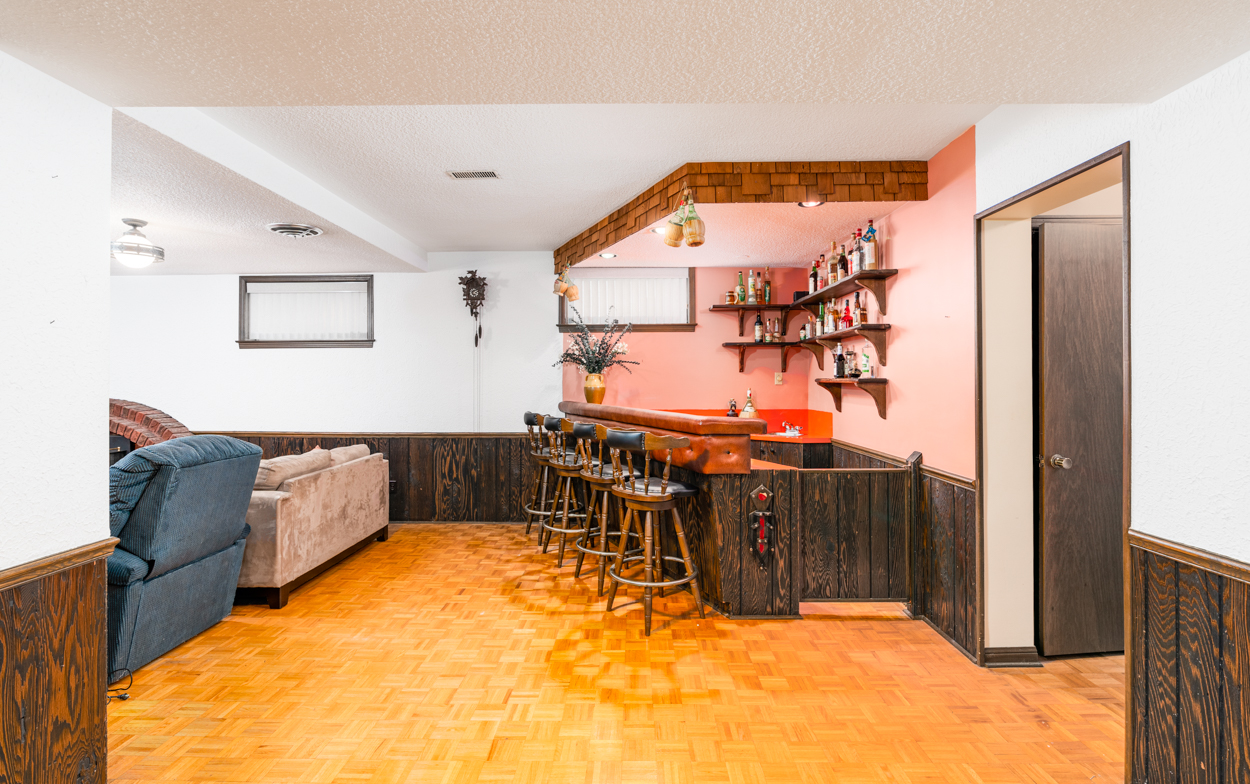 This second family room has another fireplace, this one wood burning. There’s parquet hardwood flooring throughout. 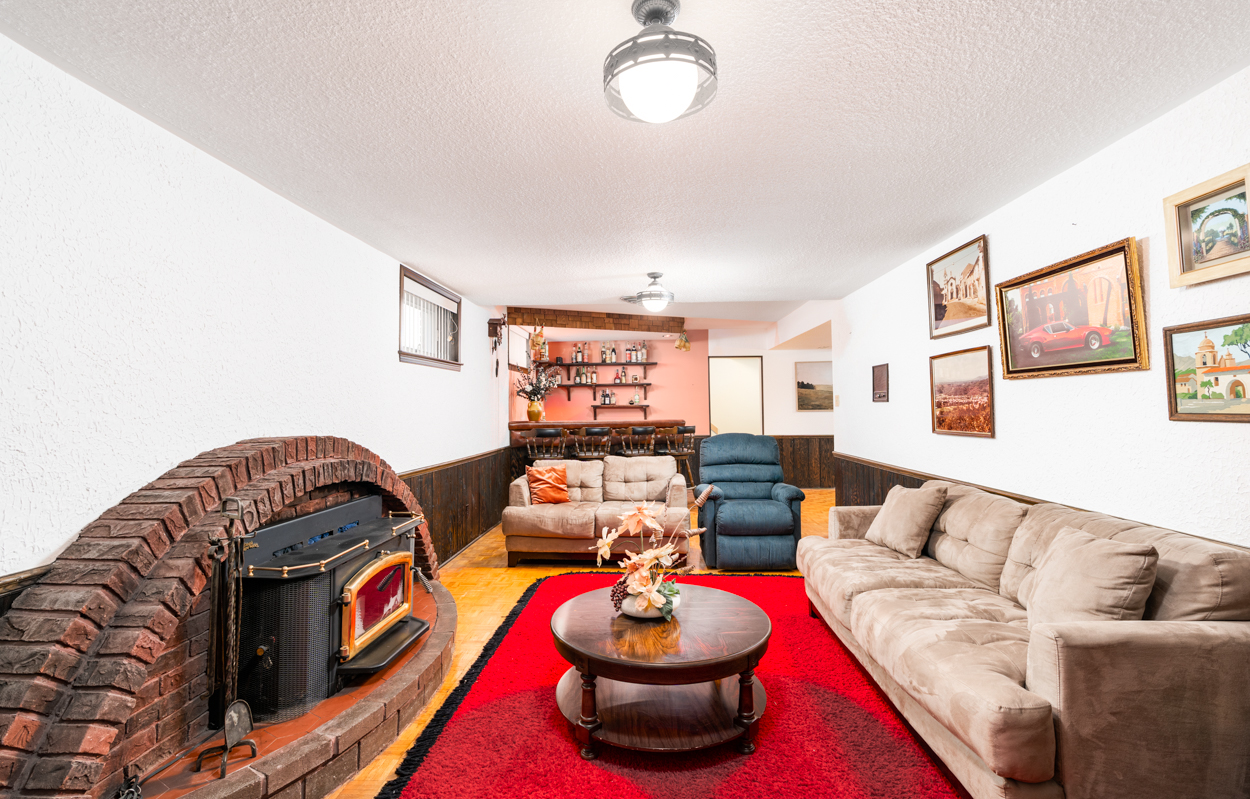 The basement also has a second full kitchen, which is where most of the family’s larger meals were prepared. 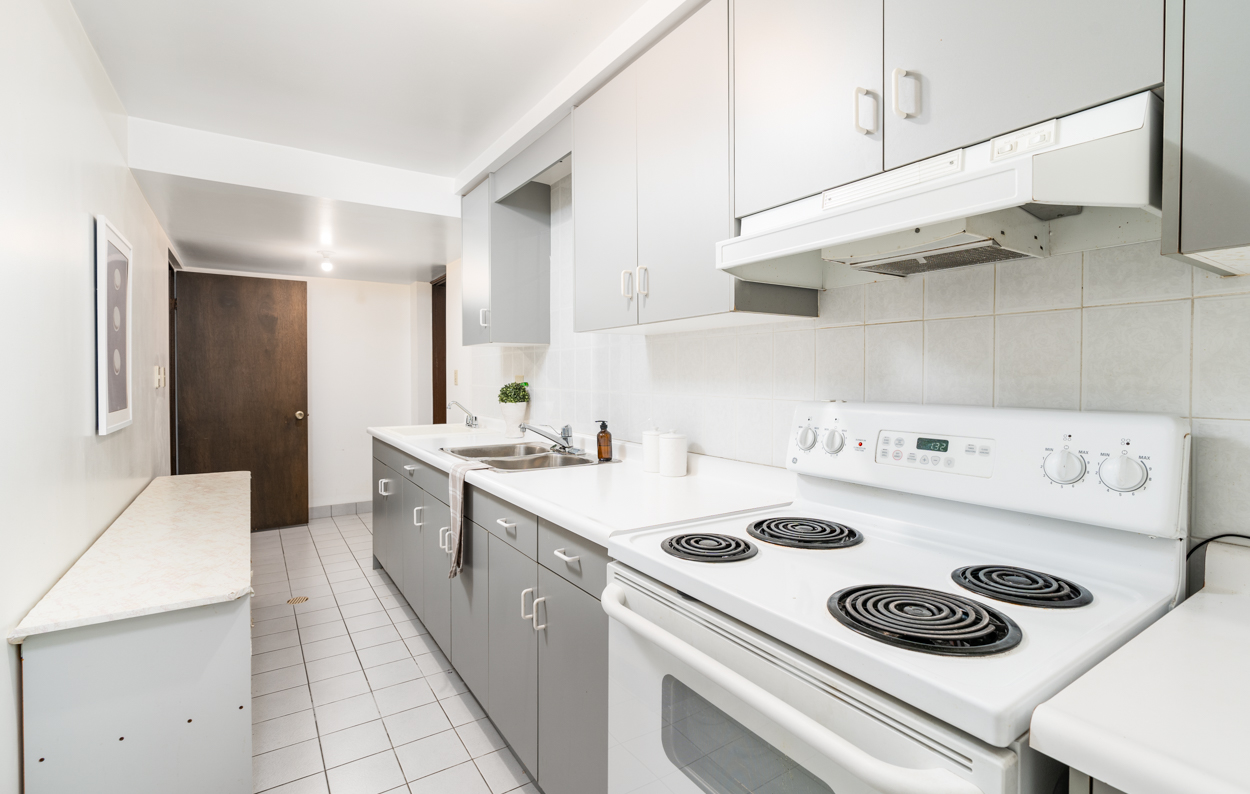 Then there’s the basement bathroom with a shower stall. The basement has a separate entrance, so it could be used as an in-law or nanny suite. 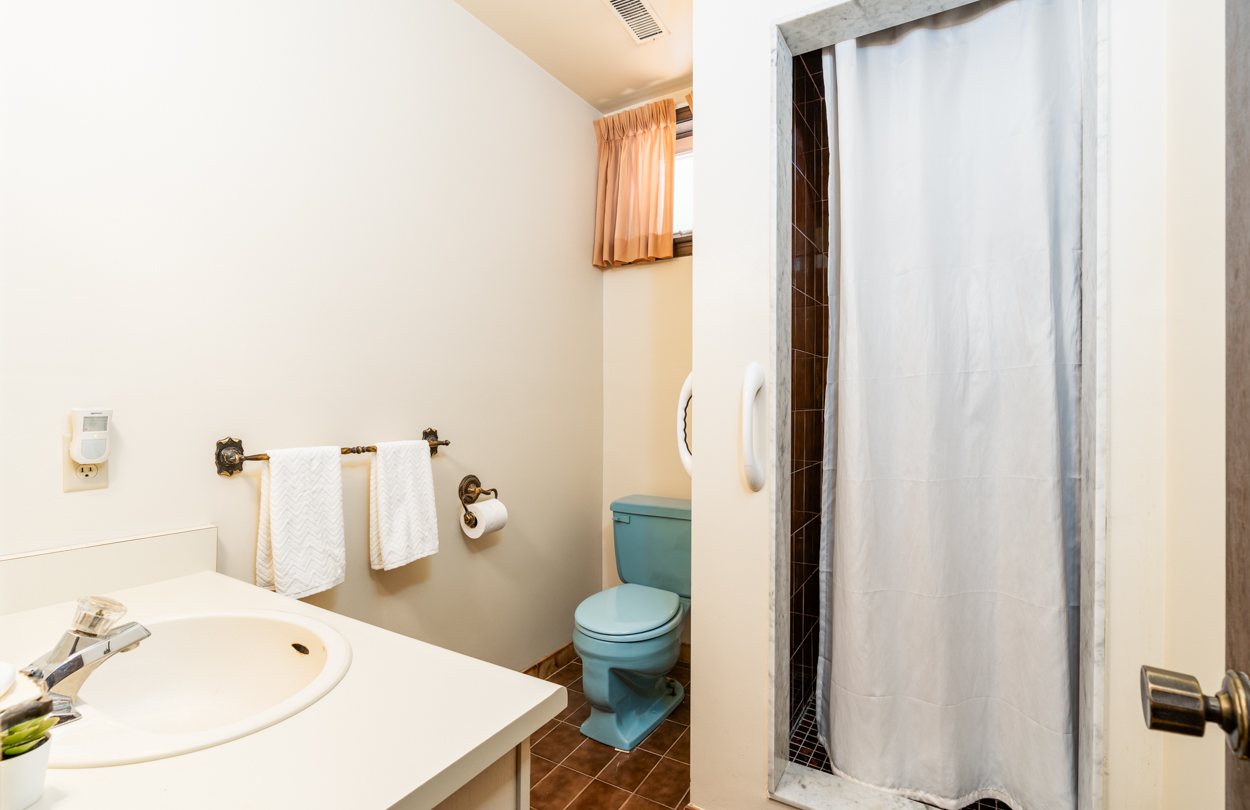 Finally: the backyard. There’s a large deck and a big patch of grass with enough space for an in-ground pool. There’s also plenty of greenery, including a pear tree and a plum tree (although the latter is no longer bearing fruit). 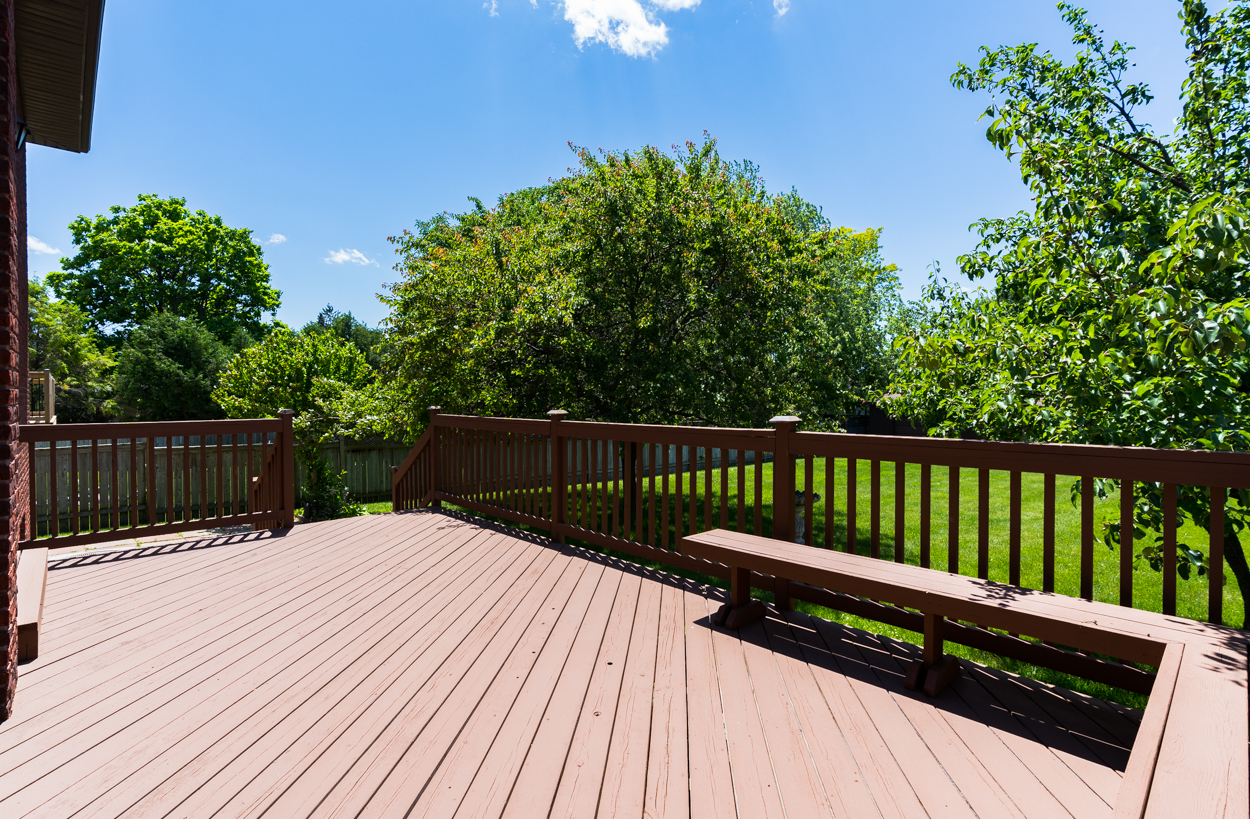