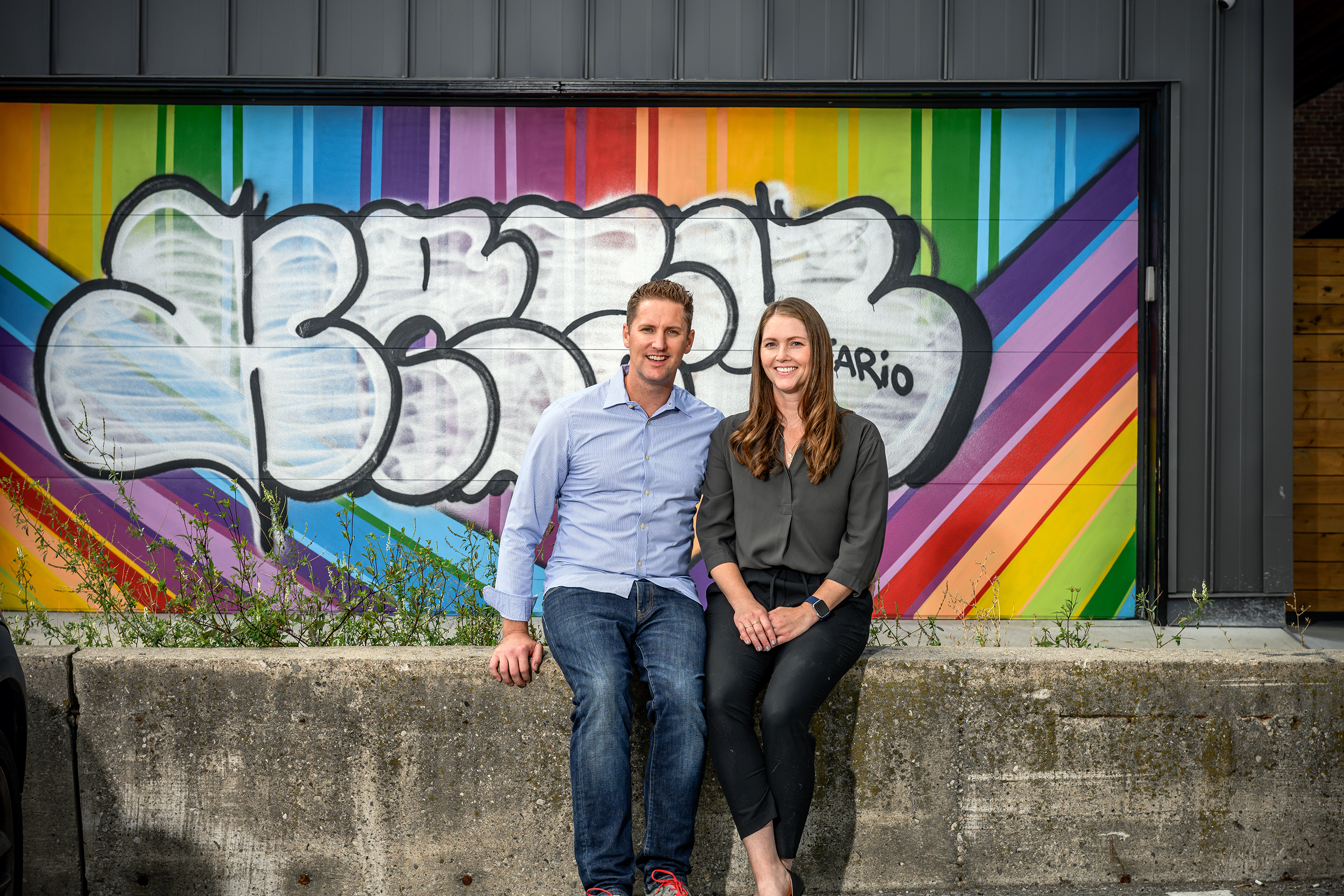 The story: In 2013, Neil and Janice bought a home in the west end. But after having a couple of kids, they decided that Toronto’s east end would better fit their lifestyle, since they were making regular trips there to visit friends.

Neil wanted to find a property that could fit both a large home and a rentable laneway house. In early 2019, the couple found a house at Danforth and Pape, located right next to the subway station, listed for $950,000. The lot was 25 feet wide by 130 feet deep, big enough to accommodate a couple of structures.

Factoring in the lot size, construction costs and future property value, Neil and Janice submitted a bully bid at their maximum budget, $1.15 million, which the seller accepted. Then they came up with a plan: tear down the existing house; build a three-storey home for themselves with a rentable two-bedroom basement apartment; and add a two-bedroom laneway house with a garage.

But first, they had to go through a convoluted approvals process. Because the house was within 60 metres of TTC infrastructure, they had to consult with the city. That took almost 10 months. Neil and Janice also opted to discuss the project with their neighbours, who were mostly intrigued by the prospect of a laneway house.

Next up: navigating the city’s laneway house requirements. Because the bylaw changes were so new, Neil says there wasn’t a lot of guidance on getting the necessary approvals.

“Our biggest source of help was actually the laneway suite Facebook group,” says Neil. “There were a lot of like-minded individuals who were having the same problems. We all shared the feedback we got from the city or the fire department. That was really helpful.”

After a crash course in zoning, building code, engineering and firefighter access, the couple eventually completed the application and secured the permit to build their laneway house.

In May 2020, after an eight-week pandemic delay, they levelled the existing home and started construction. All told, the couple spent roughly $1.35 million on their new principal structure, plus more than $500,000 on the laneway house. According to Neil, construction costs inflated by as much as 15 per cent due to the pandemic, as building material prices skyrocketed under short supply and high demand.

A year later, in May 2021, the family moved into their new space: a five-bedroom, four-bathroom home, with plenty of smart home features and technology, like automated thermostats and lighting. They also have a rooftop terrace with downtown views. In the backyard, they built a deck with a roof and wire-in speakers for entertaining. 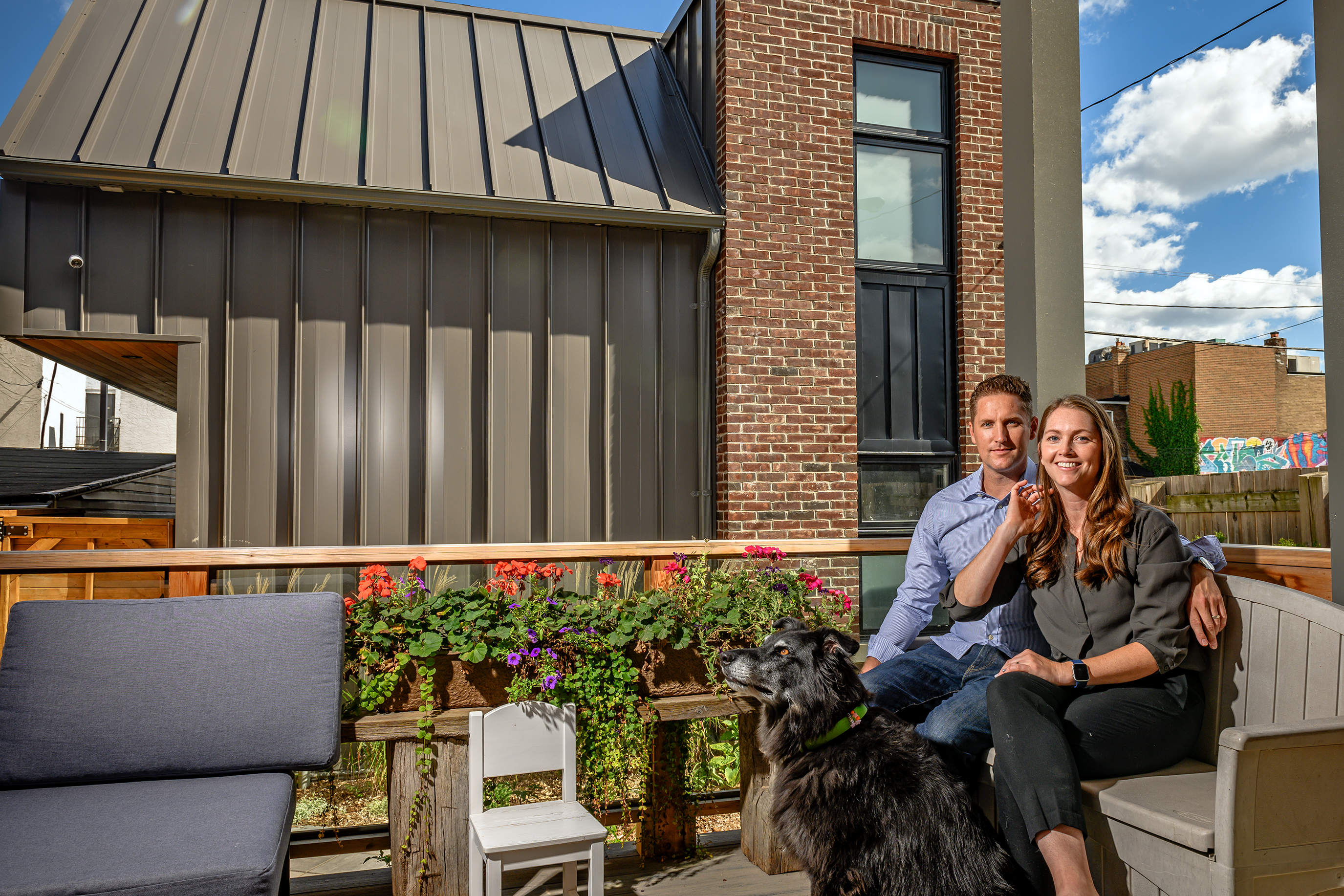 Out back, the two-bedroom laneway house includes the same modern finishings, plus a dedicated private entrance from the laneway. It’s 800 square feet on the inside. 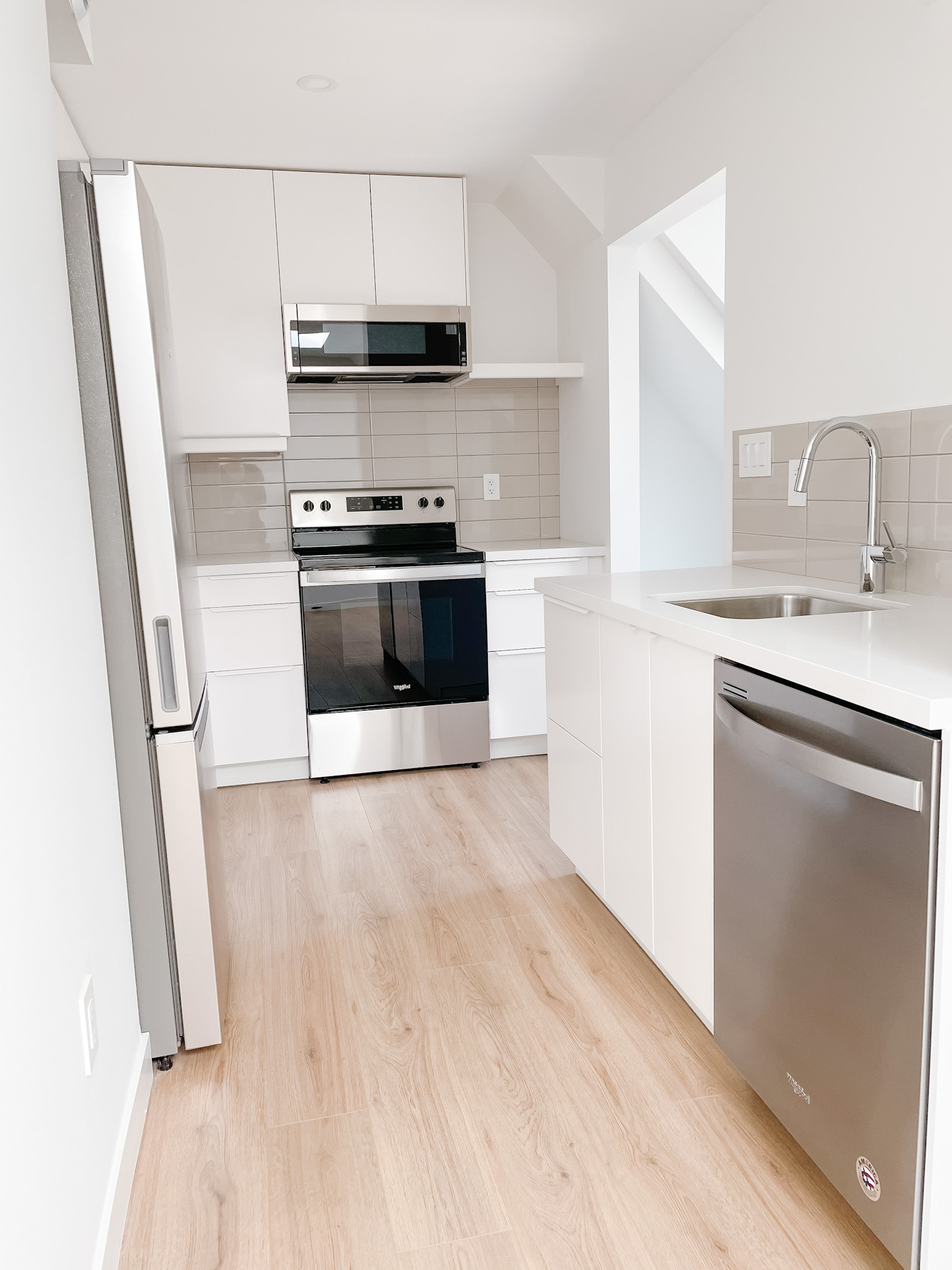 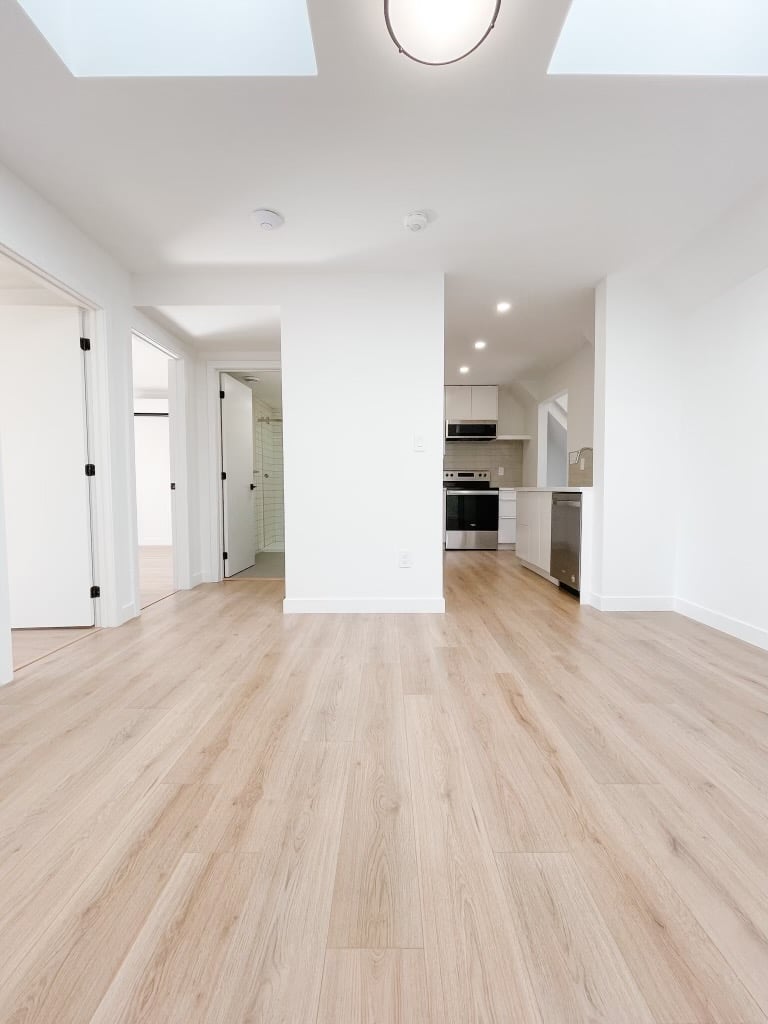 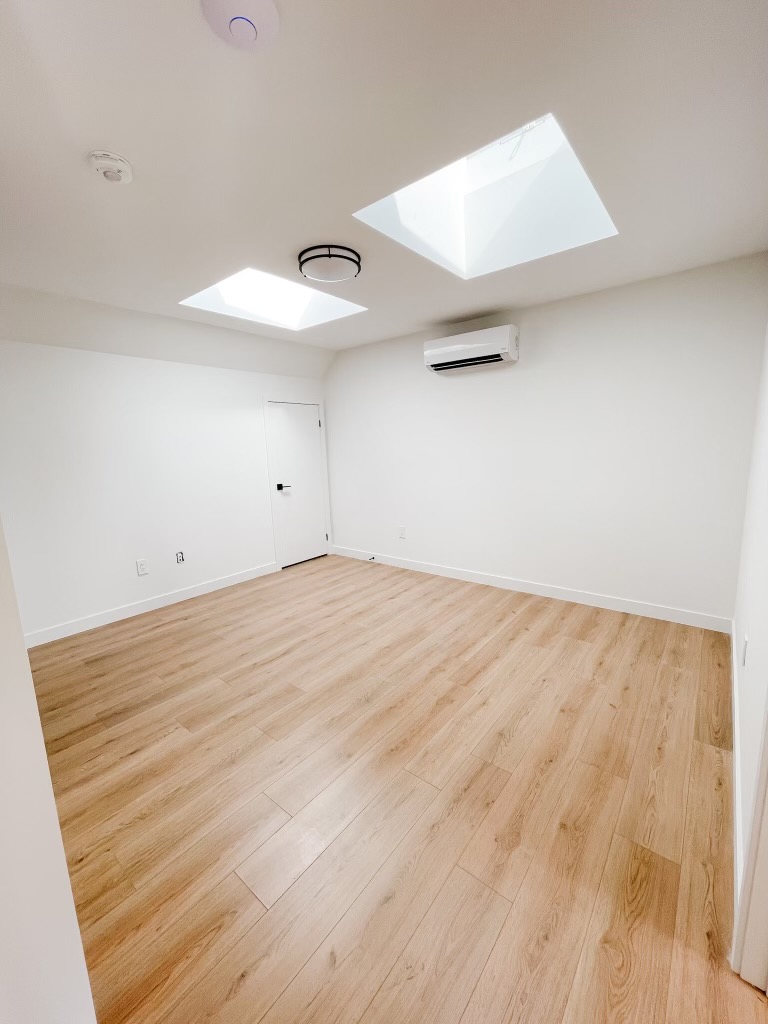 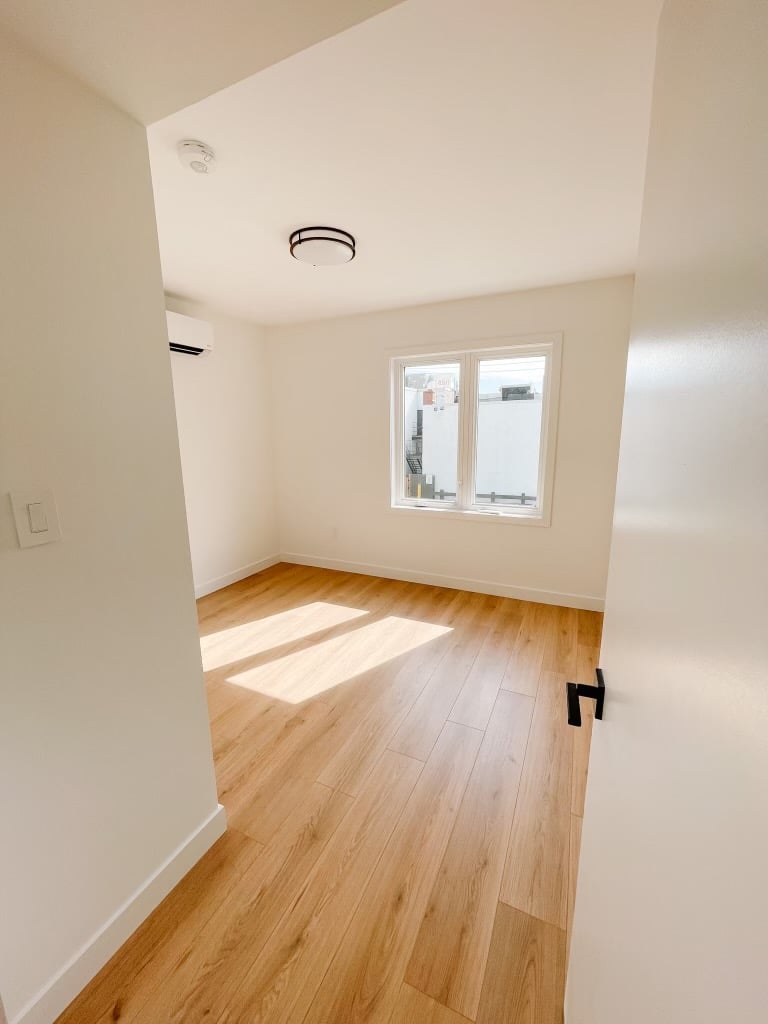 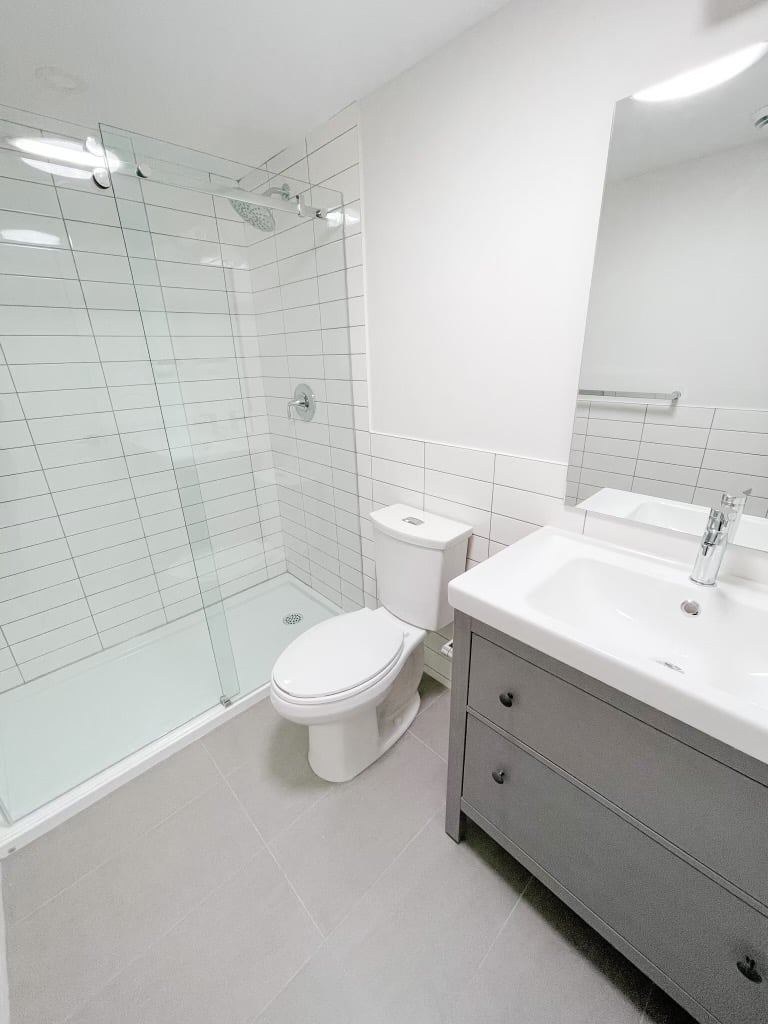 Being so close to the subway tunnel, Neil put an emphasis on soundproofing to mitigate vibrations and window rattling. Tenants are paying $2,500 a month for the space.

The extra income from the basement suite and laneway house help them cover the mortgage and supplement their savings. But Neil also thought it was important to provide extra housing in Toronto.

“We’re not adding a high-rise or a mid-rise,” he says. “If you walked by our house from the front, you’d never know that we had three units. I think it’s important to make the best use of your property.”