A three-bed, two-bath laneway home in Riverdale. The secluded property is the only one on the street, and it also comes with its own postal code.

Built in 1880, the original structure was a stable for the fire hall next door. In the early 1980s, it was completely rebuilt and converted into a residence.

The architect designed the white board-and-batten exterior to evoke a Cape Cod cottage. At nearly 1,200 square feet spanning two levels, the interior has vaulted ceilings, herringbone flooring and French doors inspired by luxurious European countryside estates. Running along the north side of the home, there’s a garden and a roughly 300-square-foot patio.

In 1994, the owners, a now-retired lawyer and a job recruiter, bought the place for $355,000. Over the next two decades, they raised two daughters in the home.

In 2015, they updated the kitchen and bathrooms, and installed new HVAC four years later. Now that their daughters have moved out, the owners are listing the place. They plan on splitting their time between a Prince Edward County property and a Toronto pre-construction loft they recently purchased.

There’s a roughly 90-square-foot porch at the front entrance: 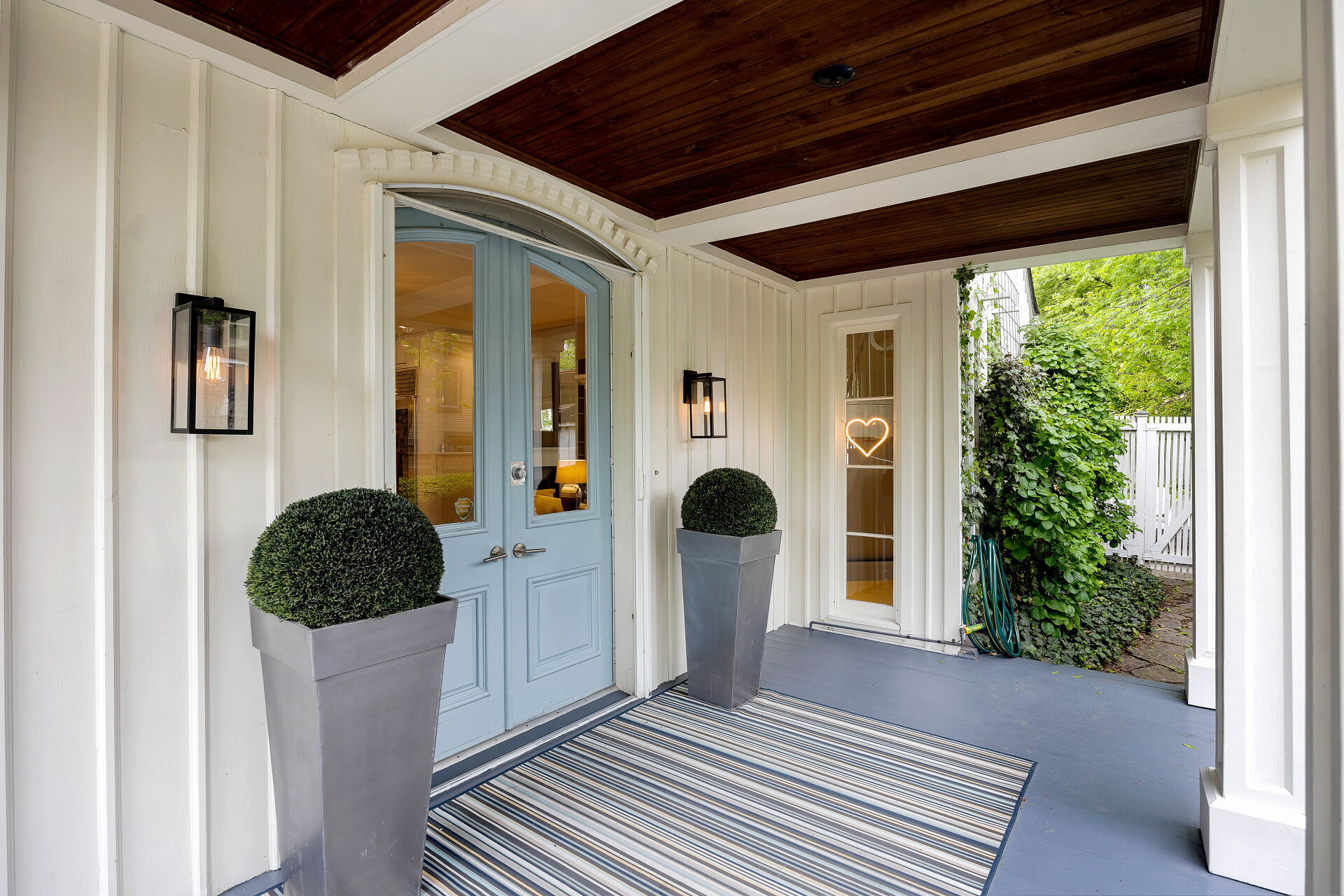 The front entrance leads to the open-concept dining and kitchen areas: 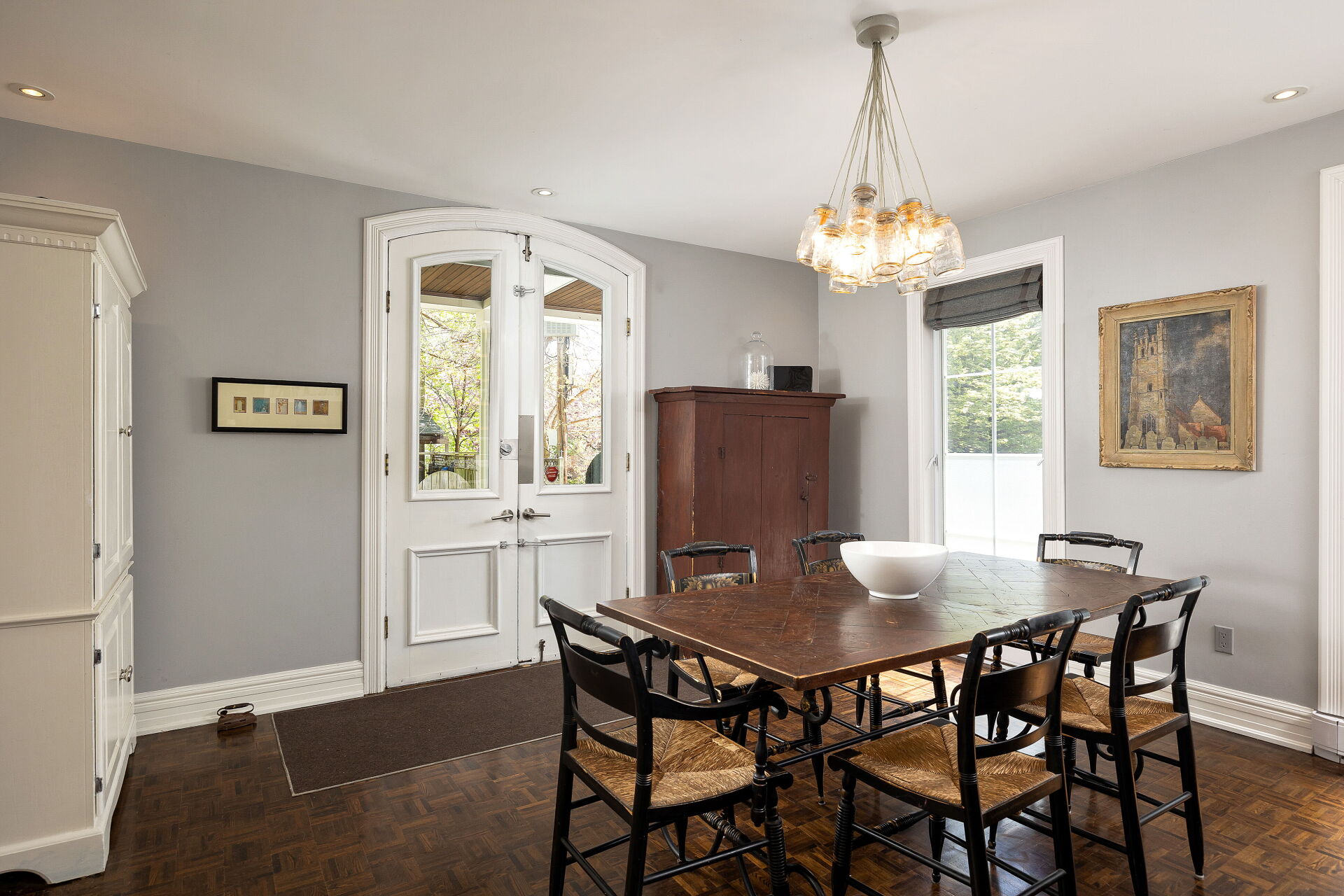 Renovated in 2015, the kitchen has Sub-Zero and Wolf appliances. The countertops are Italian calacatta marble: 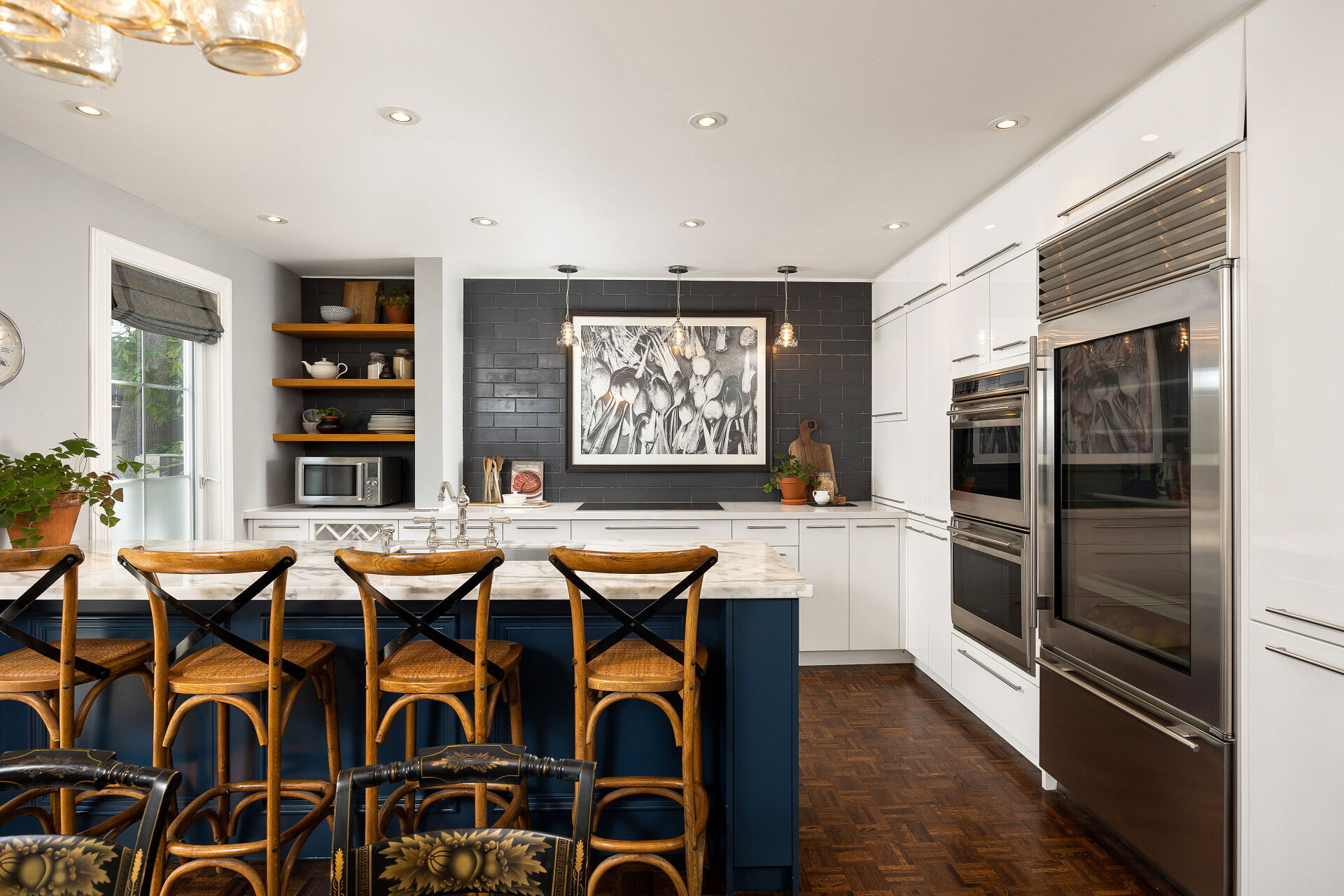 Next to the dining and kitchen area, the living room has a wood-burning fireplace and a walk-out to the side patio and garden: 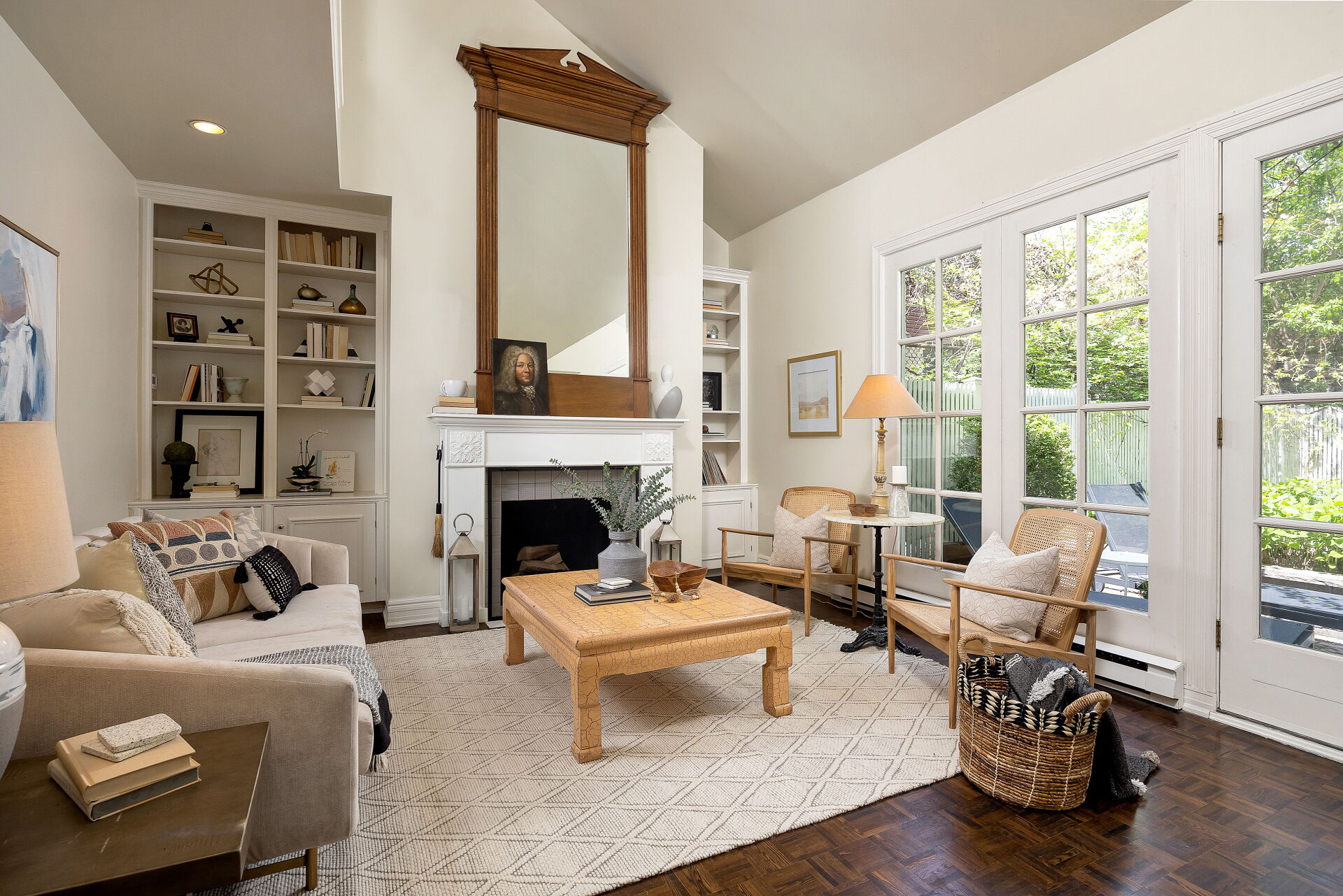 Above the staircase leading to the upper level, there’s a lighthouse-style turret that lets in plenty of natural light: 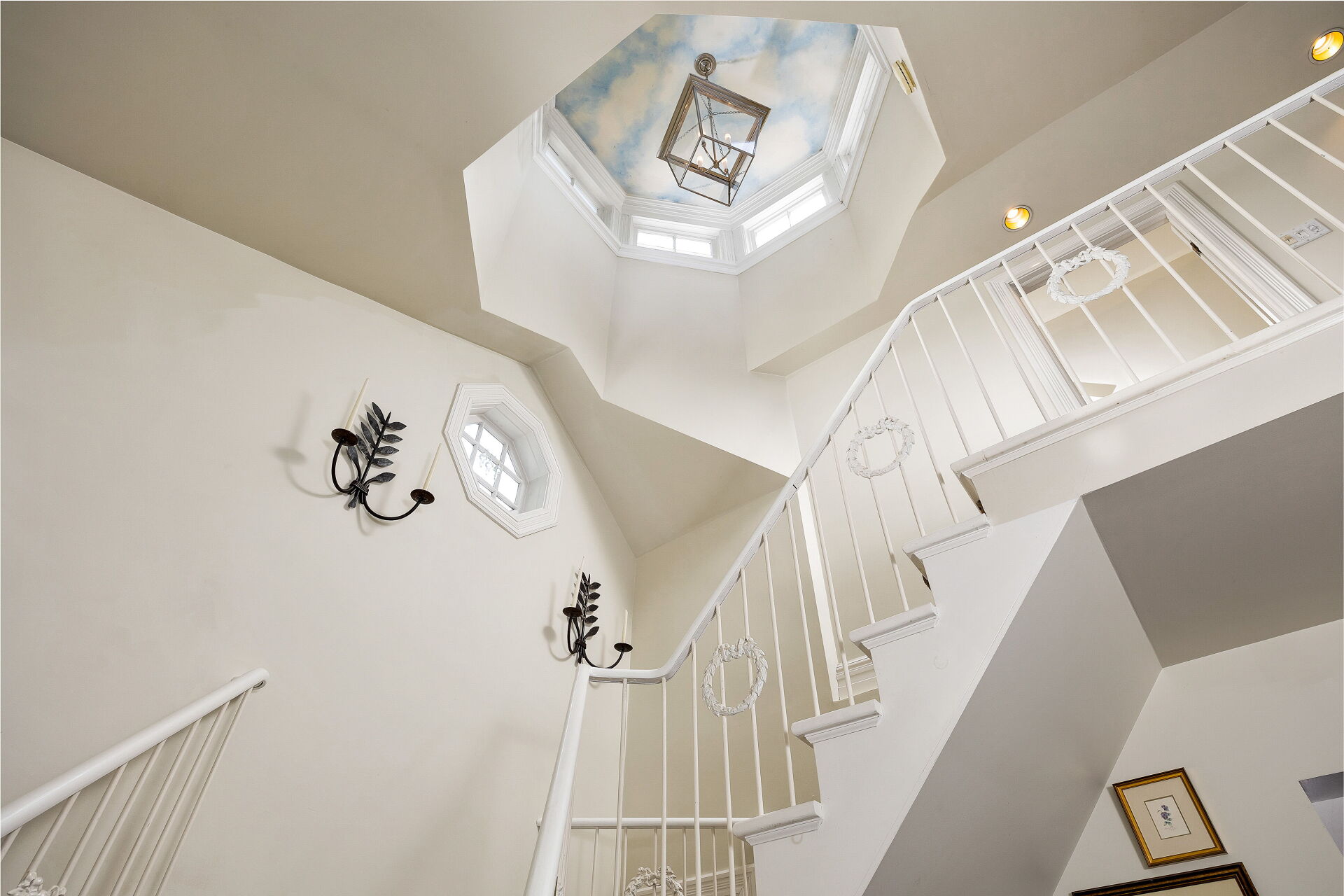 In the primary bedroom, there’s a walk-out to a private balcony and herringbone flooring: 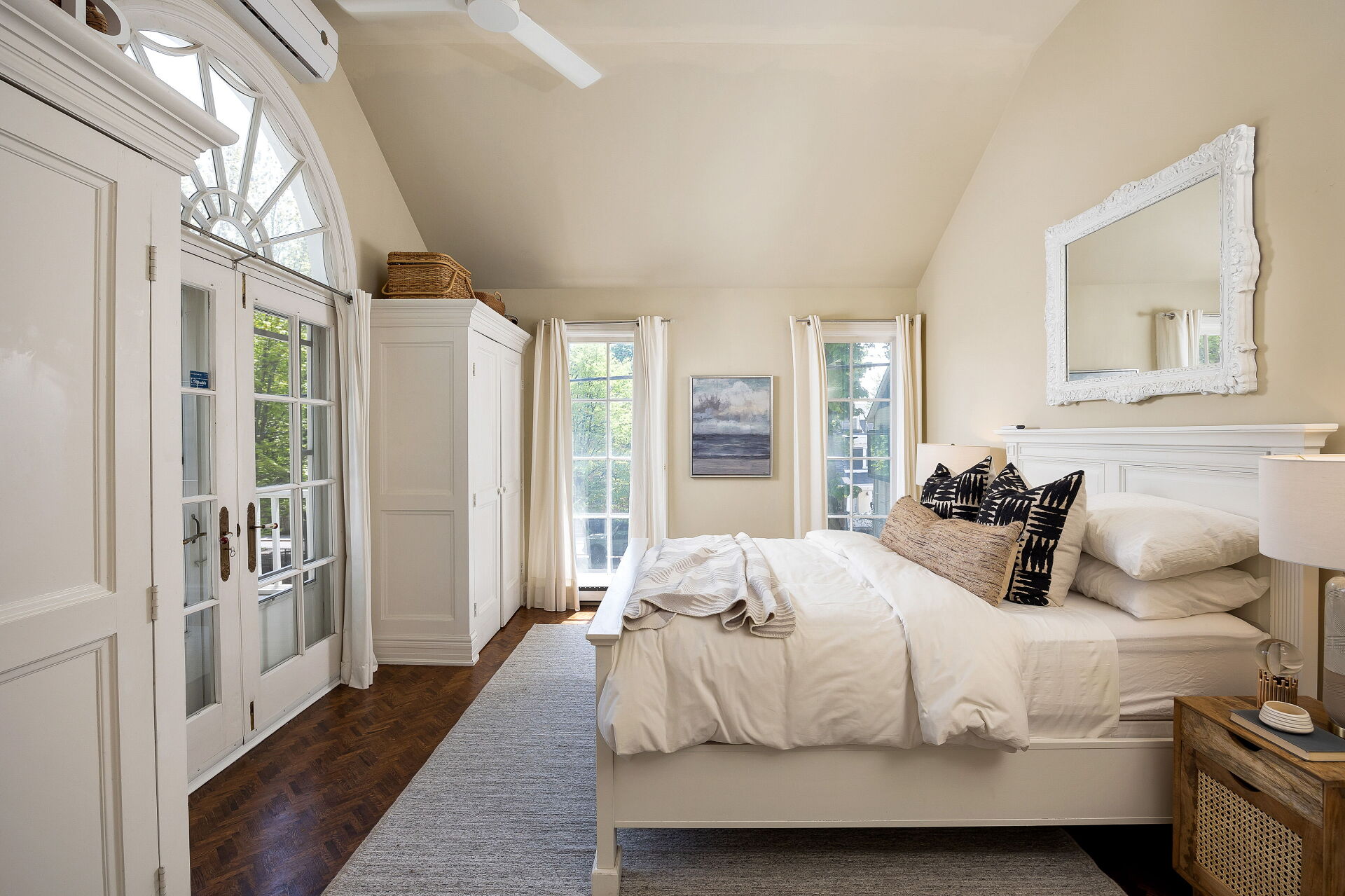 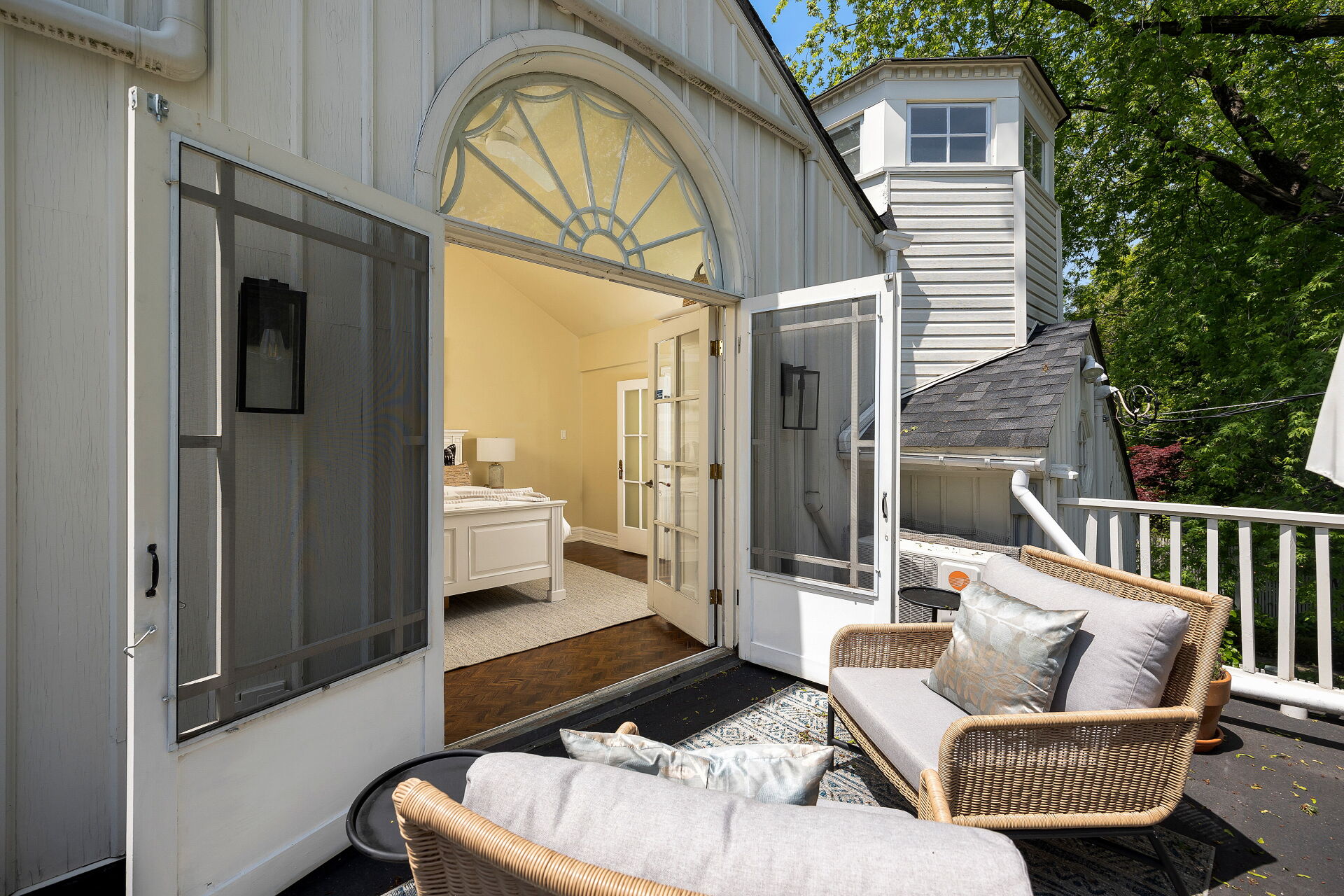 The second bedroom has crown moulding and 10-foot vaulted ceilings: 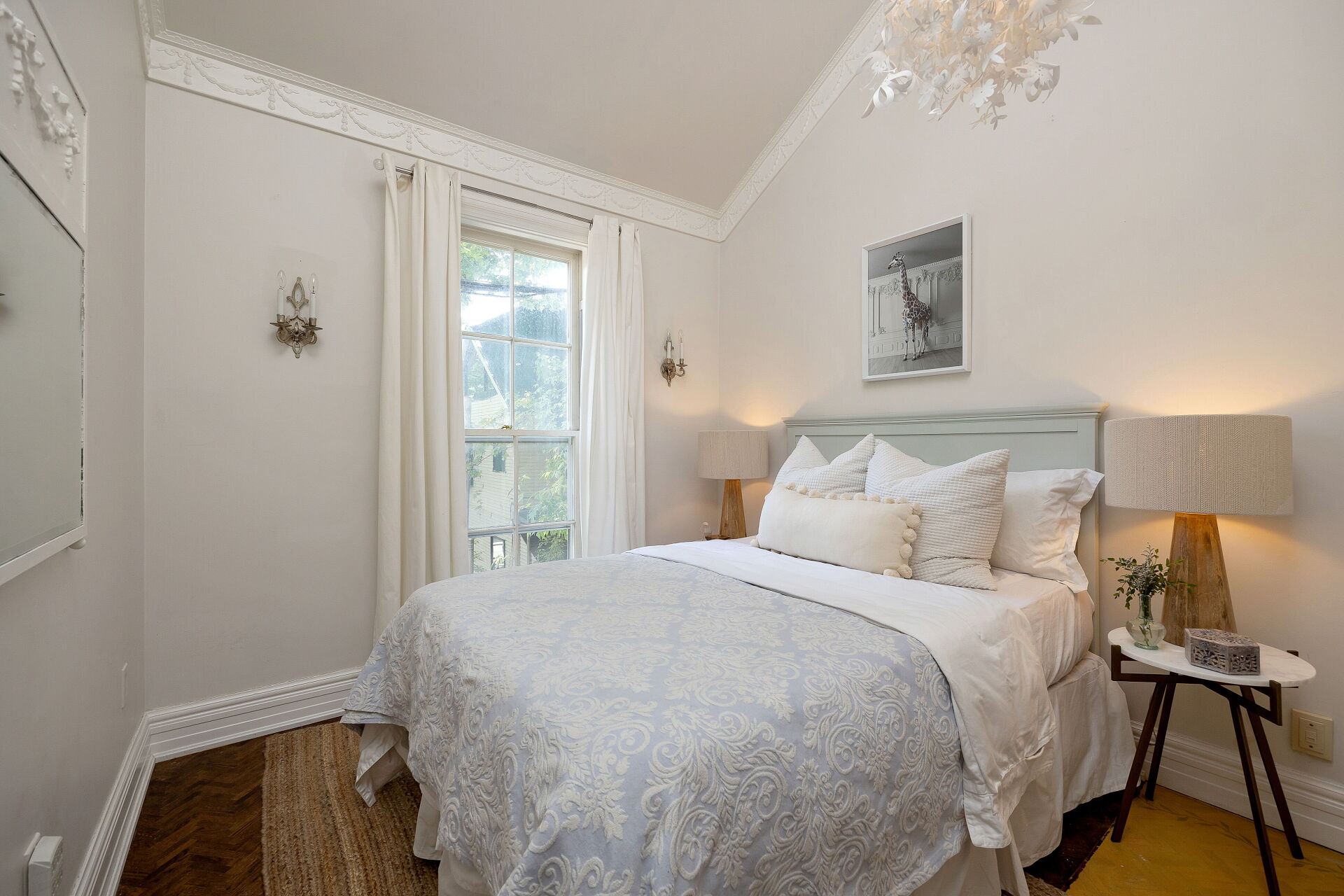 Located down the hallway from the two bathrooms, the three-piece bathroom has a skylight 15 feet above the shower, as well as Perrin & Rowe sink faucets and showerheads: 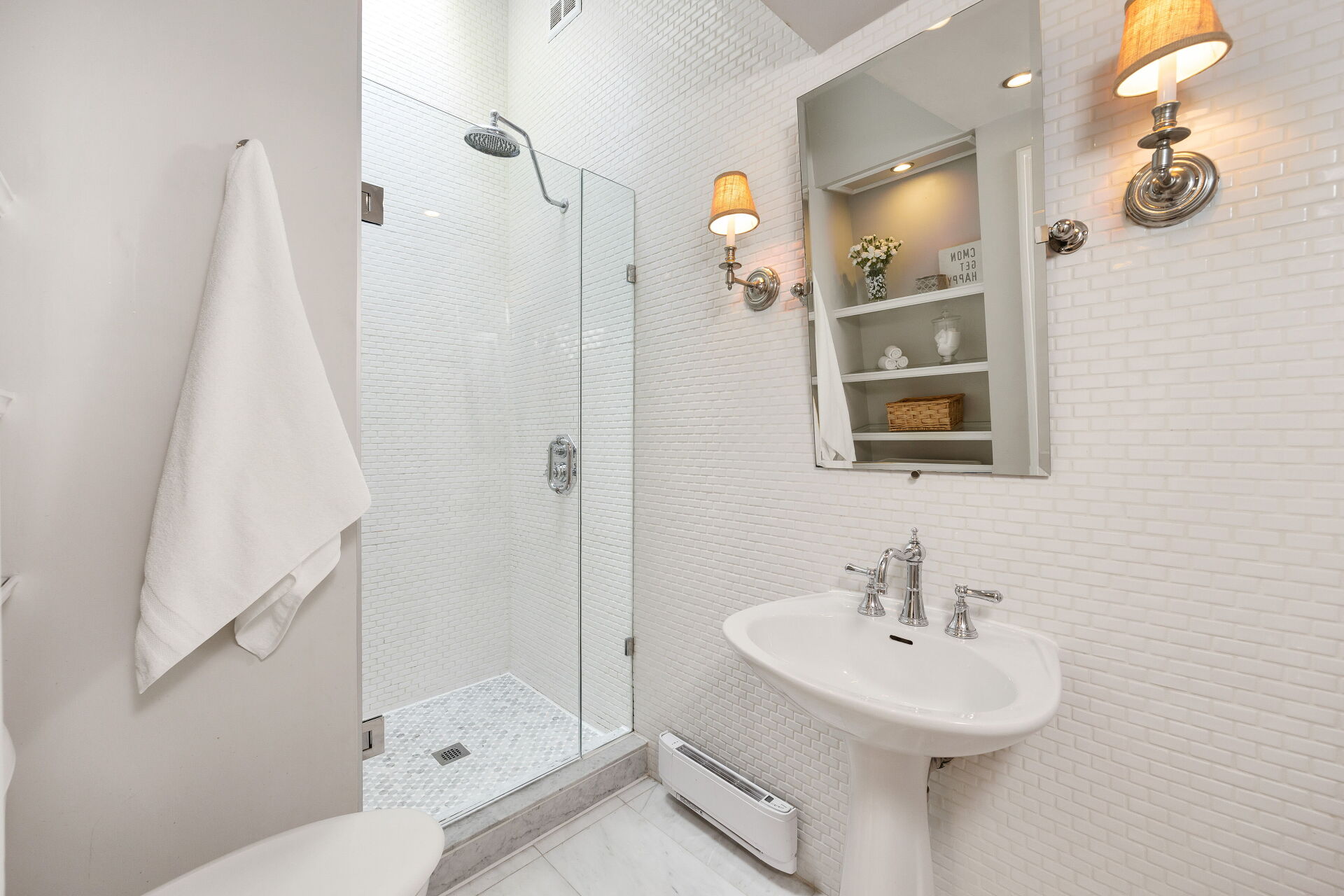 At nearly 600 square feet, the finished basement contains this rec area. It also has a bedroom, bathroom and laundry room: 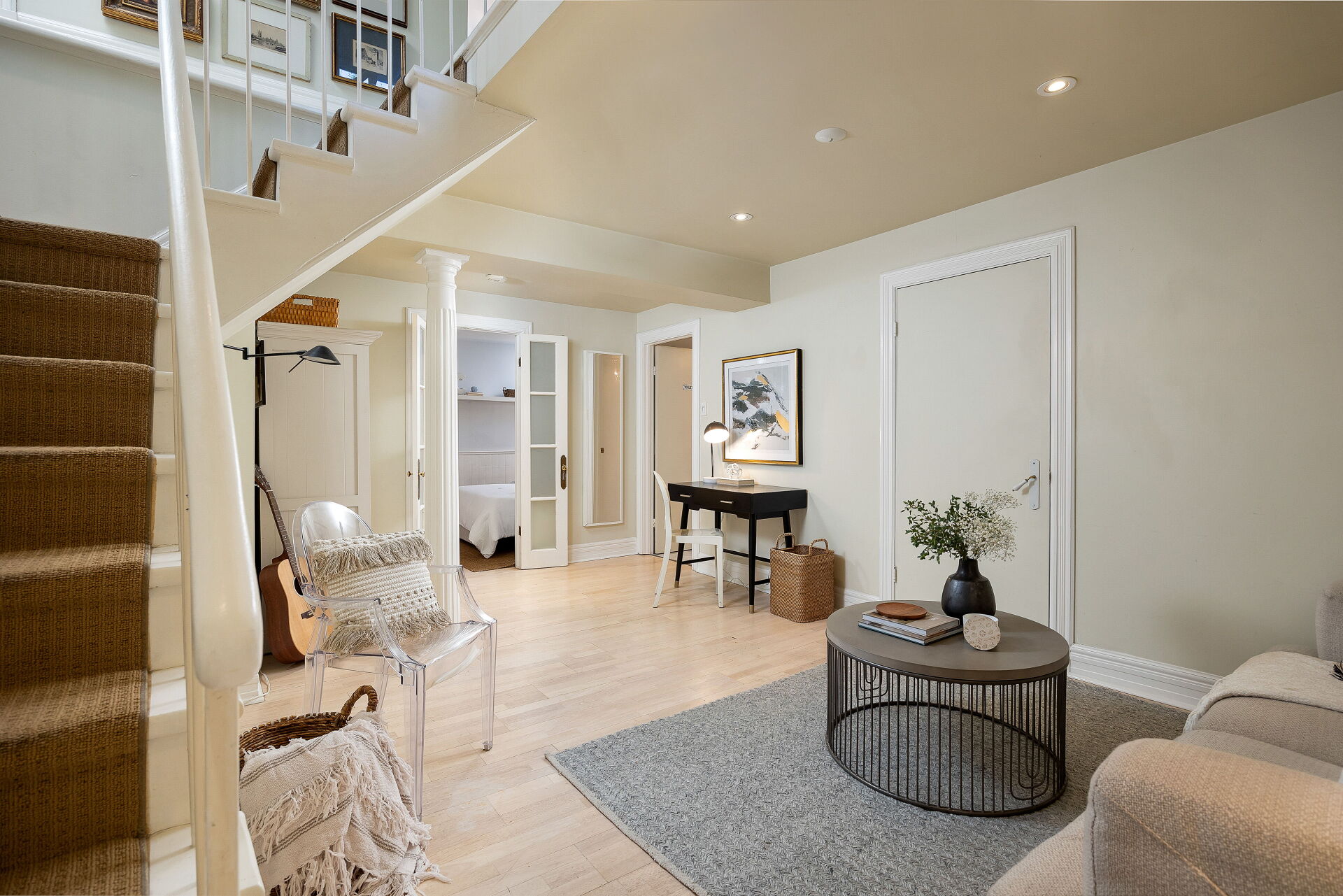 In the basement, the third bedroom: 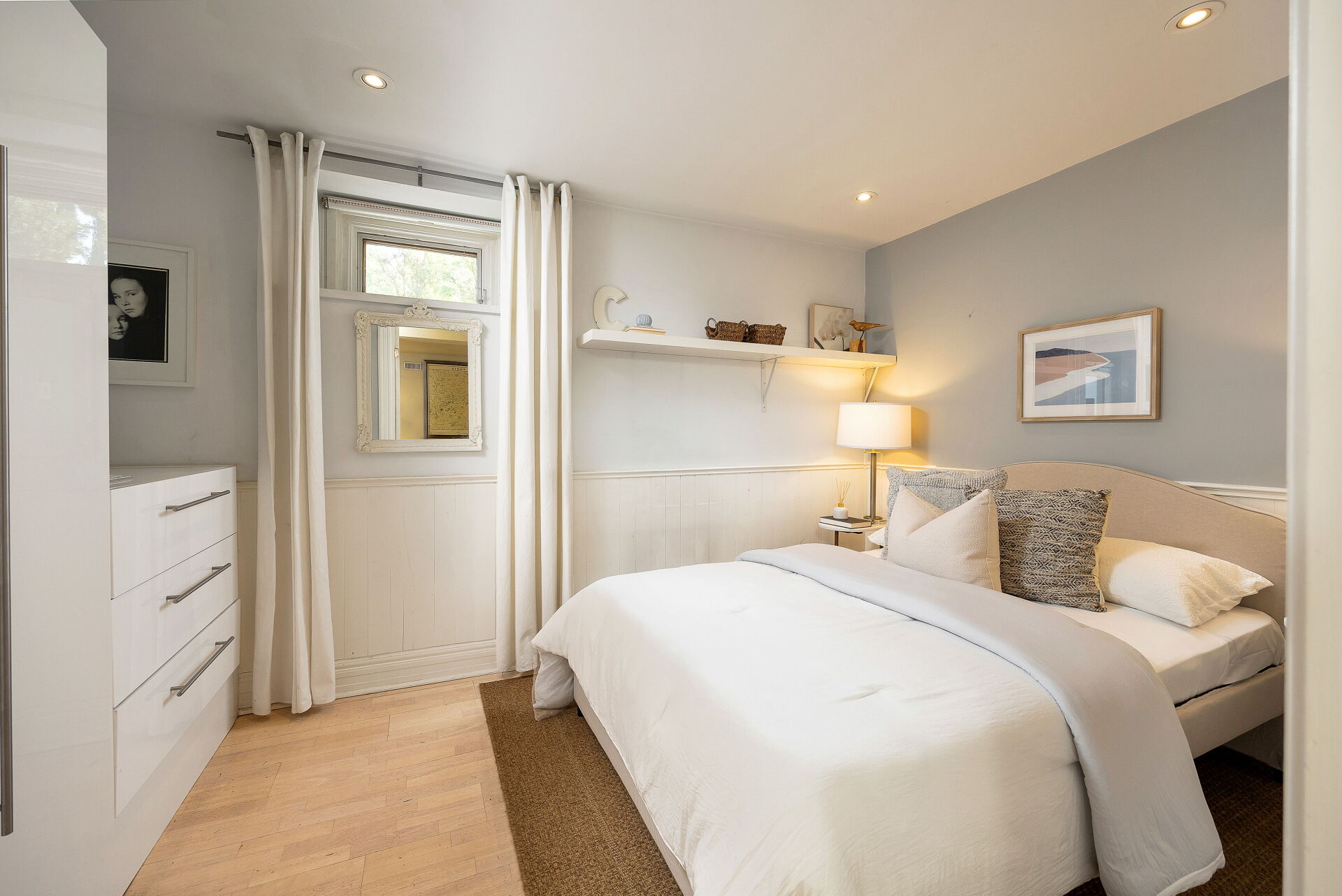 The four-piece second bathroom is in the basement. It has ceramic flooring and a BainUltra tub: 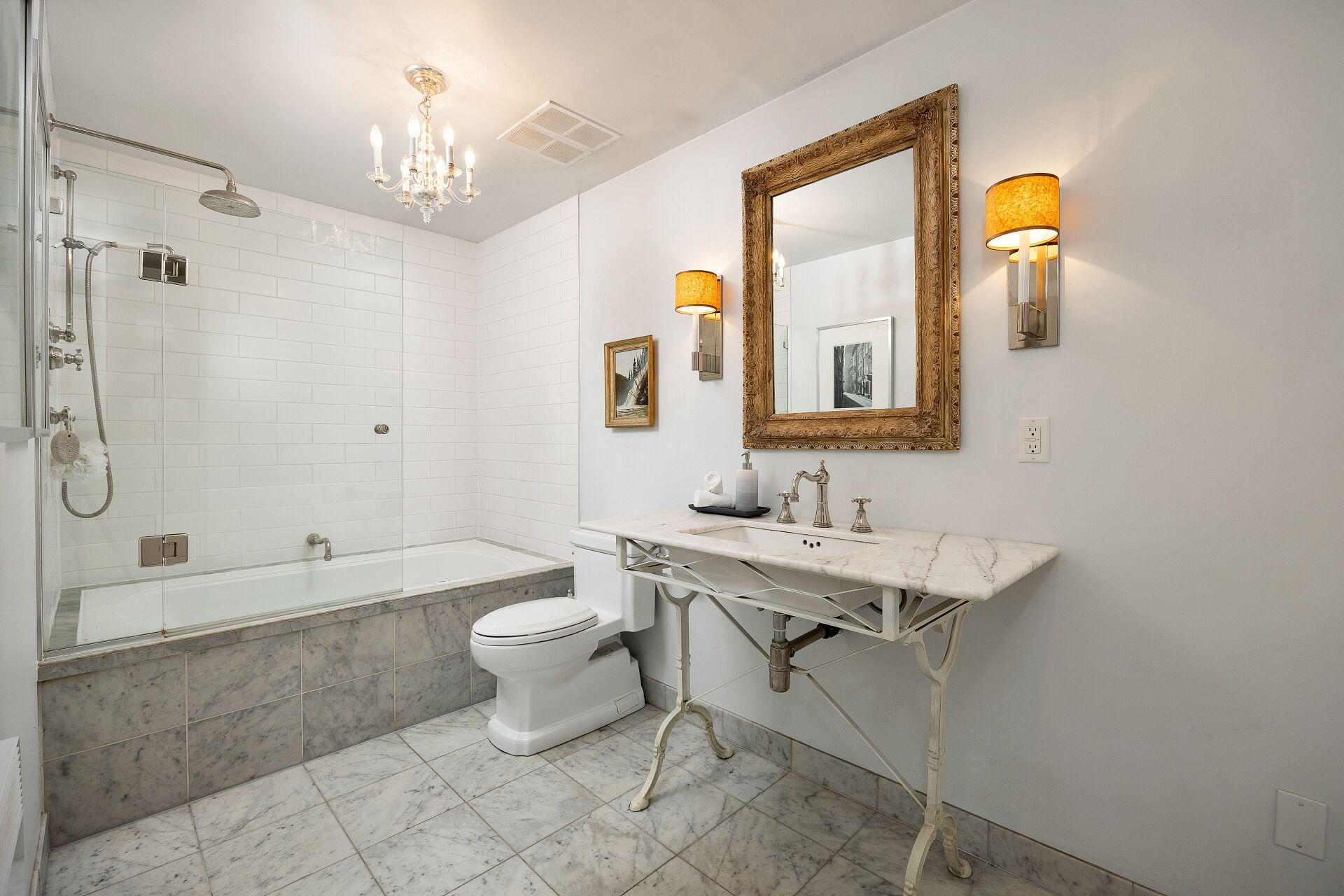 In 2011, the side garden was landscaped to create a courtyard feel. The owners also planted 50 white hydrangeas throughout: 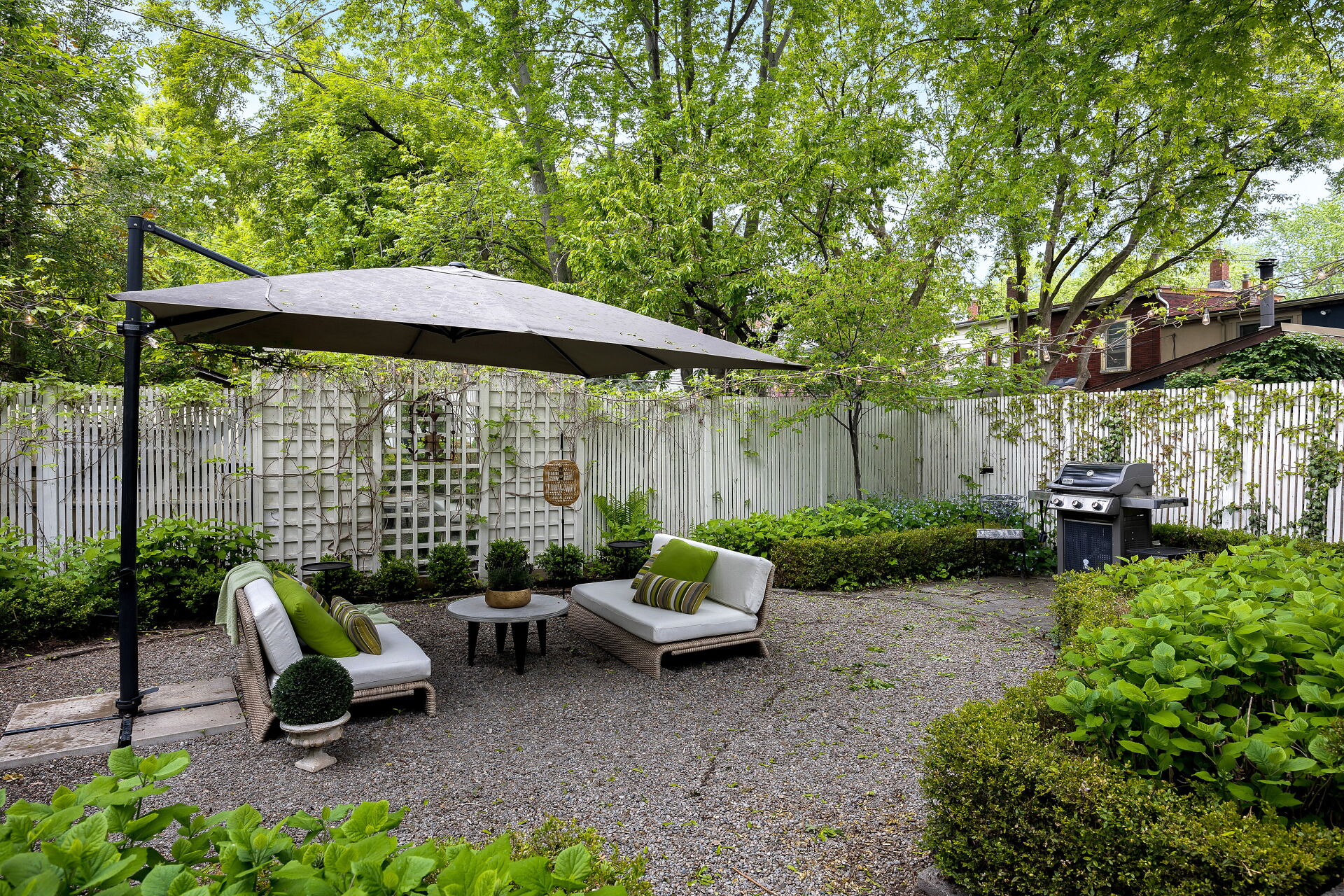