How a stager made a DIY reno more buyer-friendly

How a stager made a DIY reno more buyer-friendly 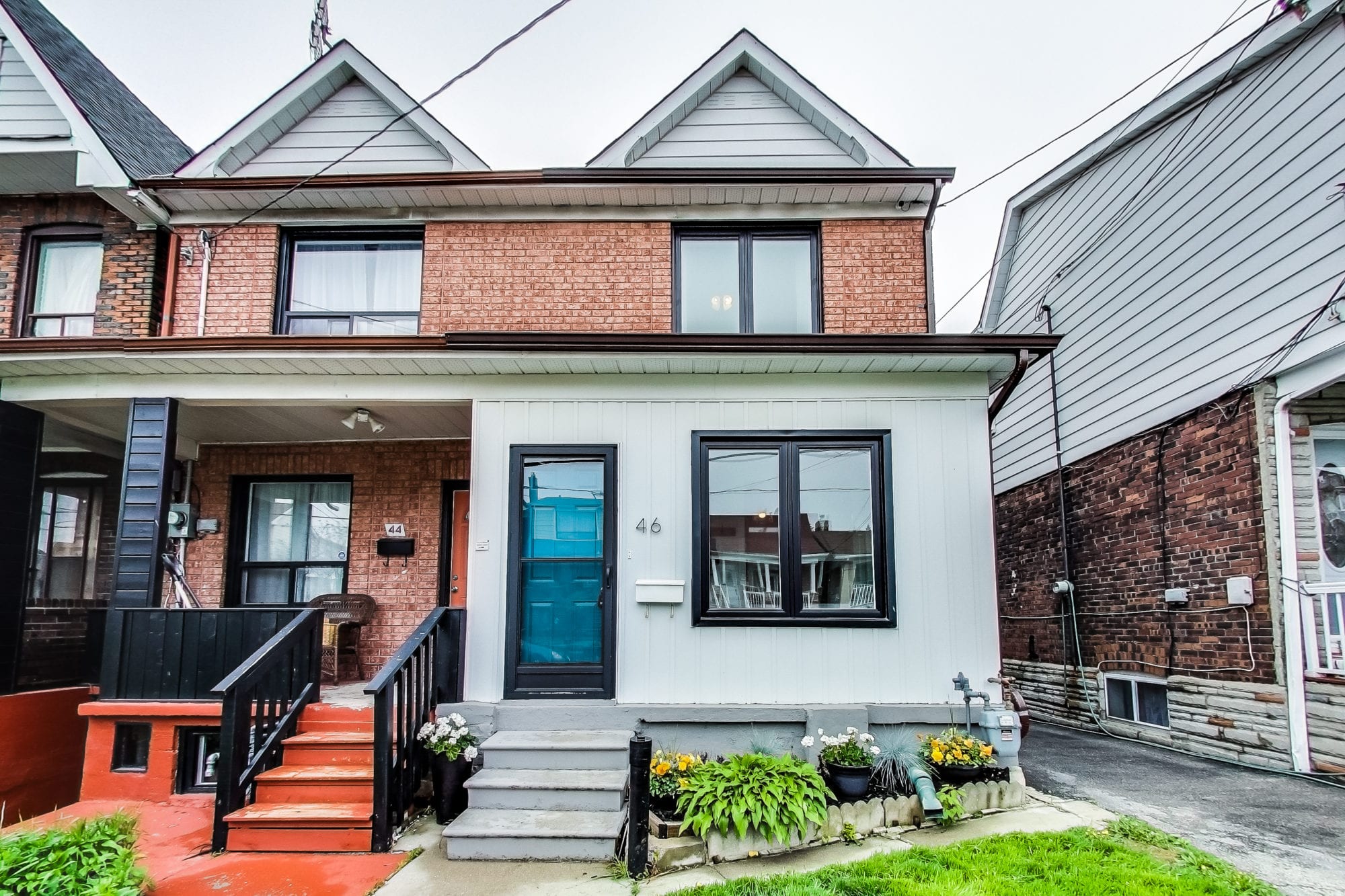 A two-bedroom semi near St. Clair West and Caledonia Road. The sellers had been slowly renovating over the past three years, but the house still had a few unfinished details. They decided to work with a stager to get the place into the best possible shape before putting it on the market. After six days, the property sold for more than $100,000 over their asking price.

Marie Whittaker started off in merchandising, working for brands like Guess and Joe Fresh. After 12 years, she decided she’d rather work for herself. “Staging and merchandising are similar, in a sense,” she says. “They both involve setting up a space and selling things on first impressions.” She launched her company, Couture Staging, two years ago.

Whittaker worked with the sellers on adding some finishing touches—things like door trim, and landscaping—to the renovations. “It’s the details that count,” she says. Once that was done, Whittaker focused on bringing in properly scaled furniture and keeping the style trendy yet functional.

The sellers had originally listed the living room at the front of the house as a potential third bedroom. Whittaker decided to stage it as a living area, though, to make the house seem larger and more livable. “If you had a bedroom there it would feel a little odd,” she says. Since the windows look onto the enclosed porch, there wasn’t much natural light. Whittaker added a large round mirror to make the space seem brighter: 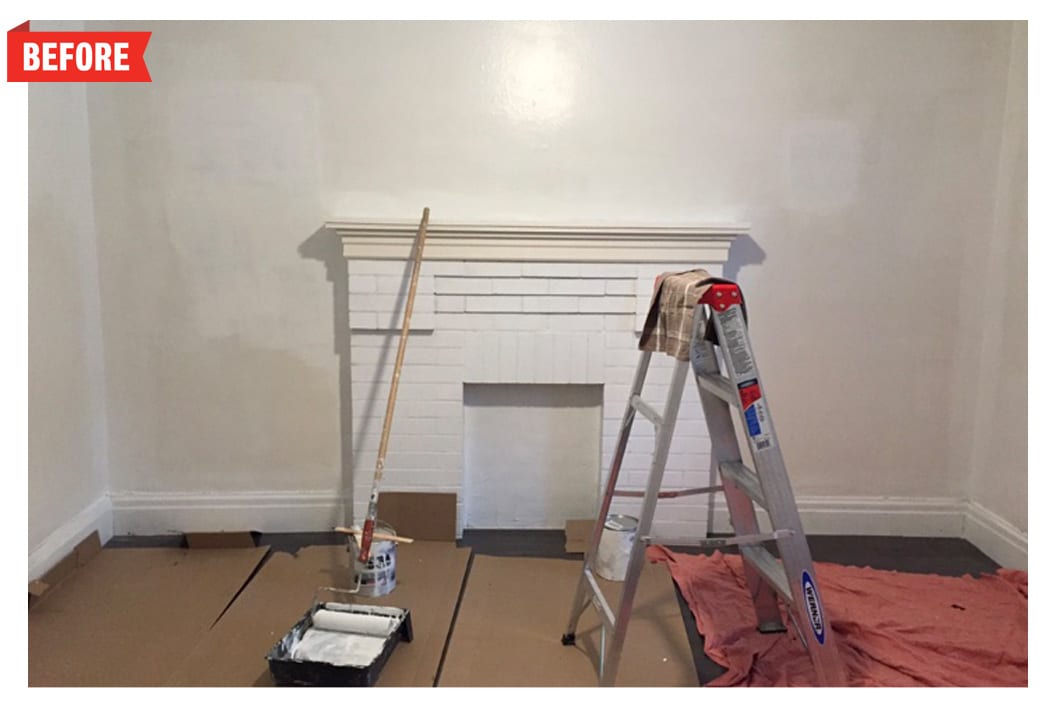 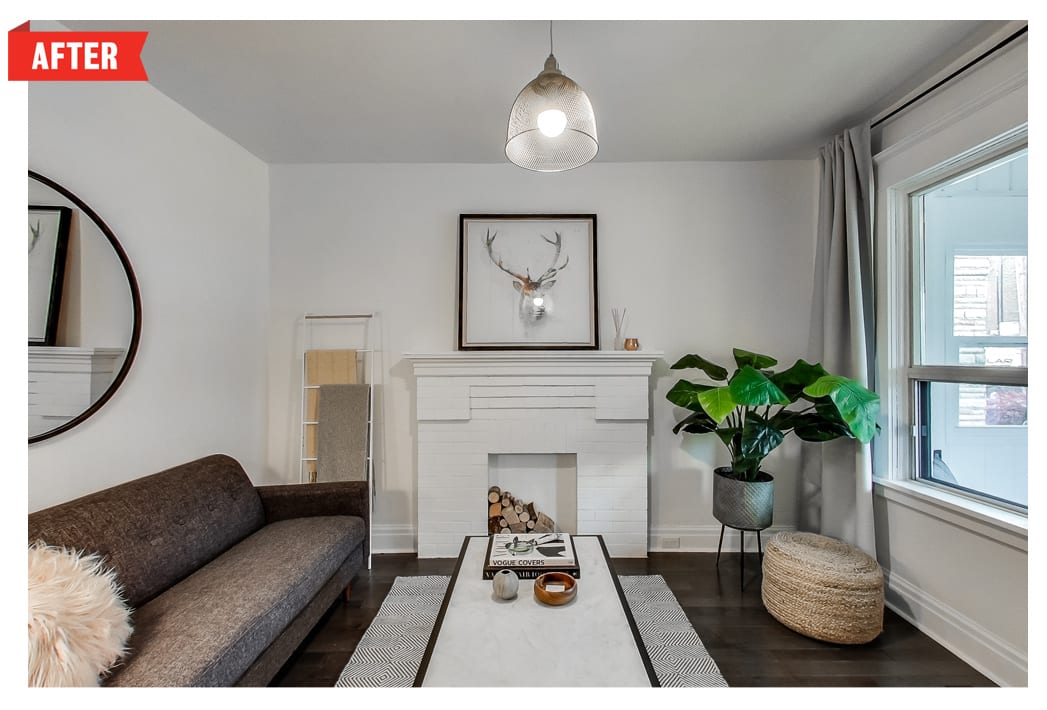 The dining room was quite large and open, so Whittaker suggested hanging a pendant light above the table to define the eating space a bit more. She used the client’s existing table and chairs and brought in some funkier pieces of decor to highlight the exposed brick wall. “Everything was very white, so we added different textures to make it feel warmer,” she says: 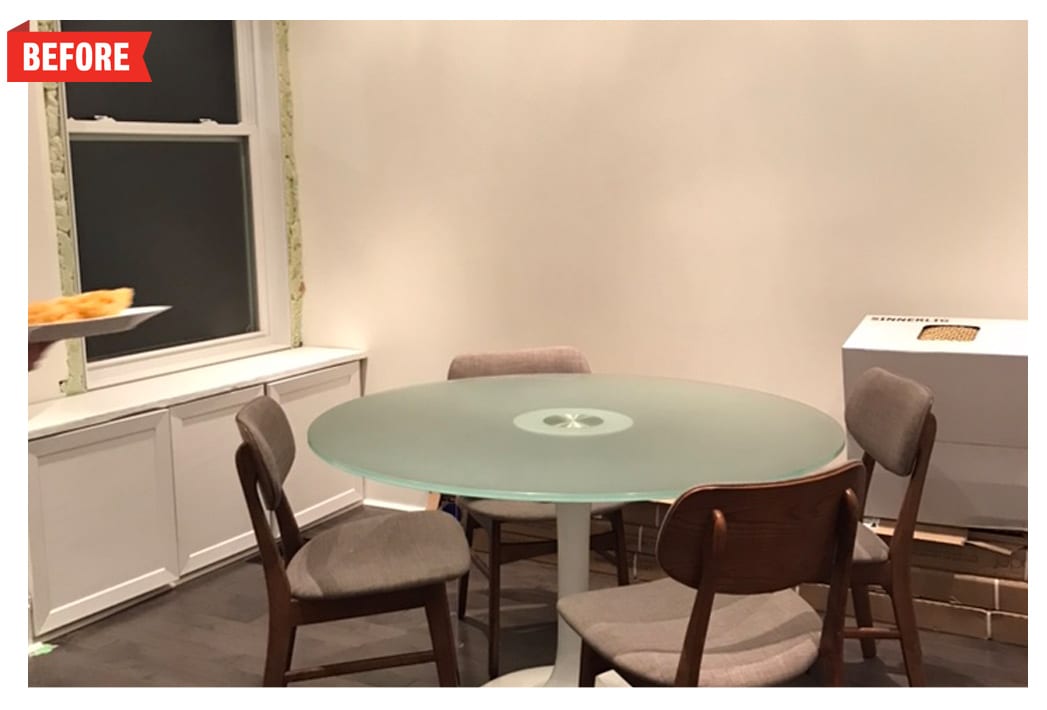 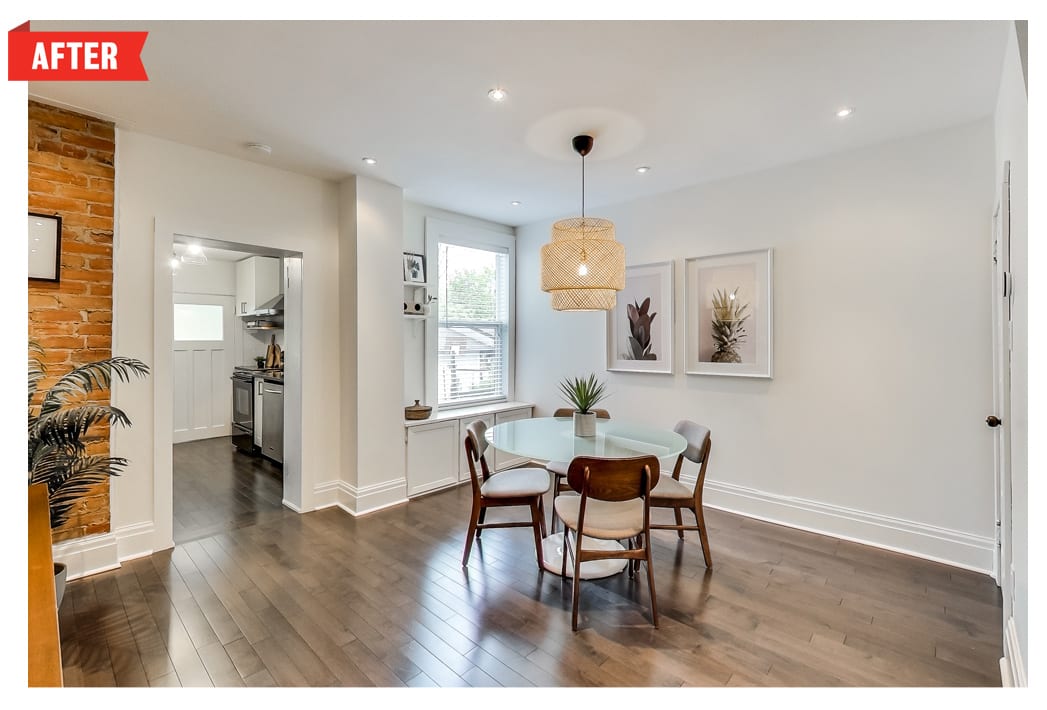 Whittaker loved the kitchen’s wooden floating shelves, and styled them simply. “We wanted the eye to look at the kitchen itself, not what’s in the kitchen,” she says: 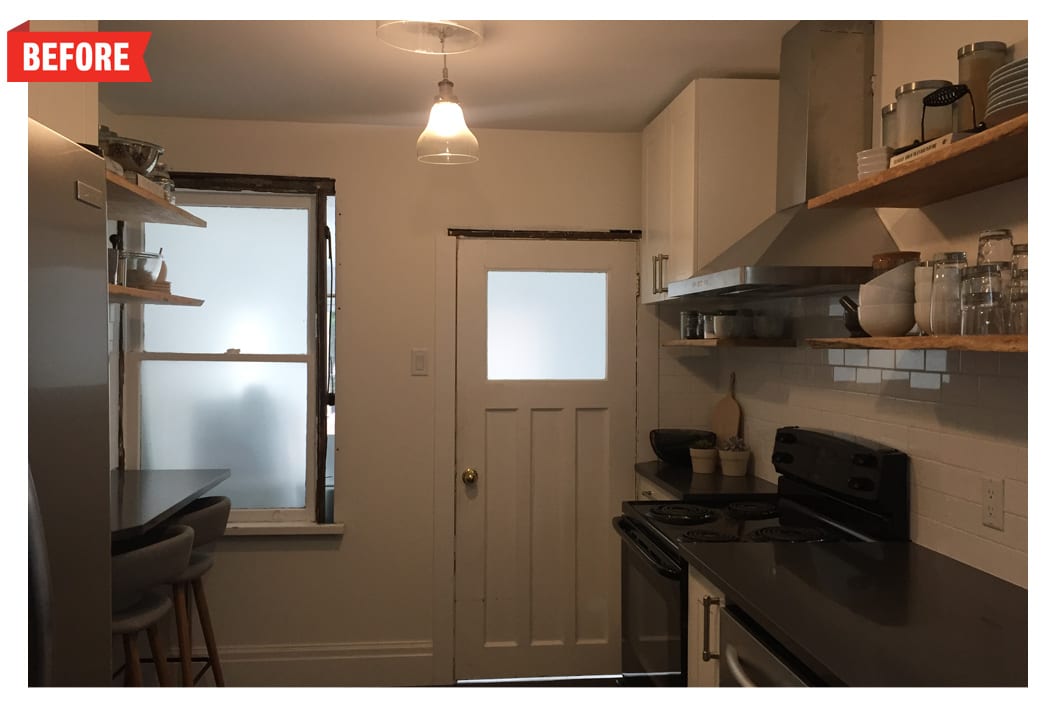 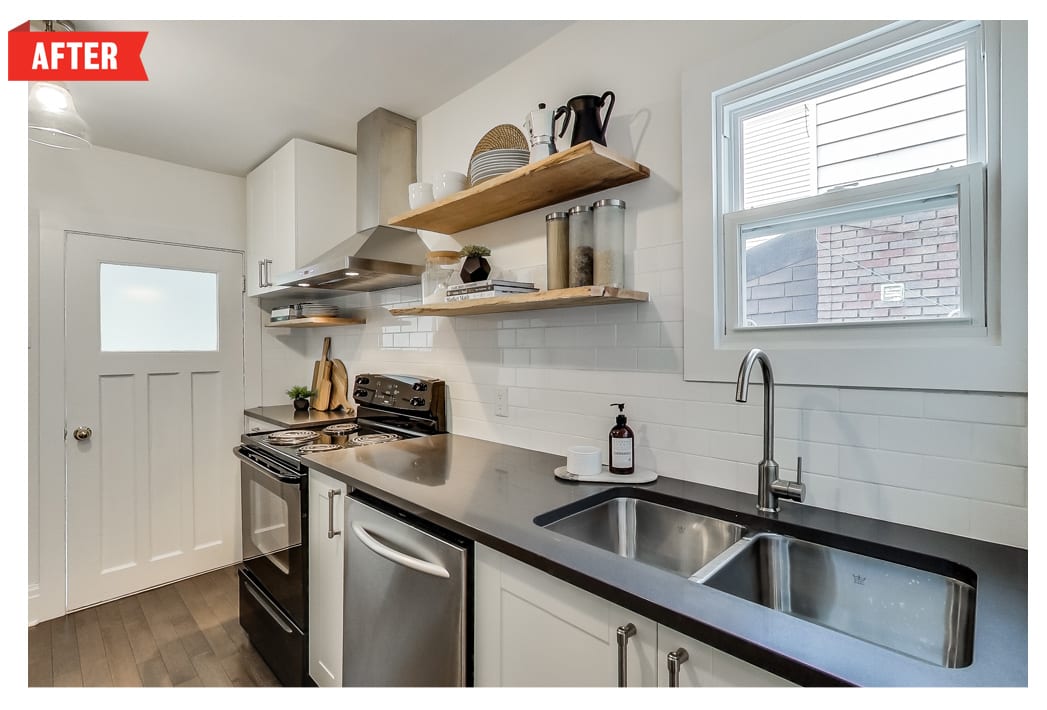 Upstairs, Whittaker wanted to show off the bathroom’s double sink and marble flooring. “We added more whites and neutrals and let the bathroom speak for itself,” she says: 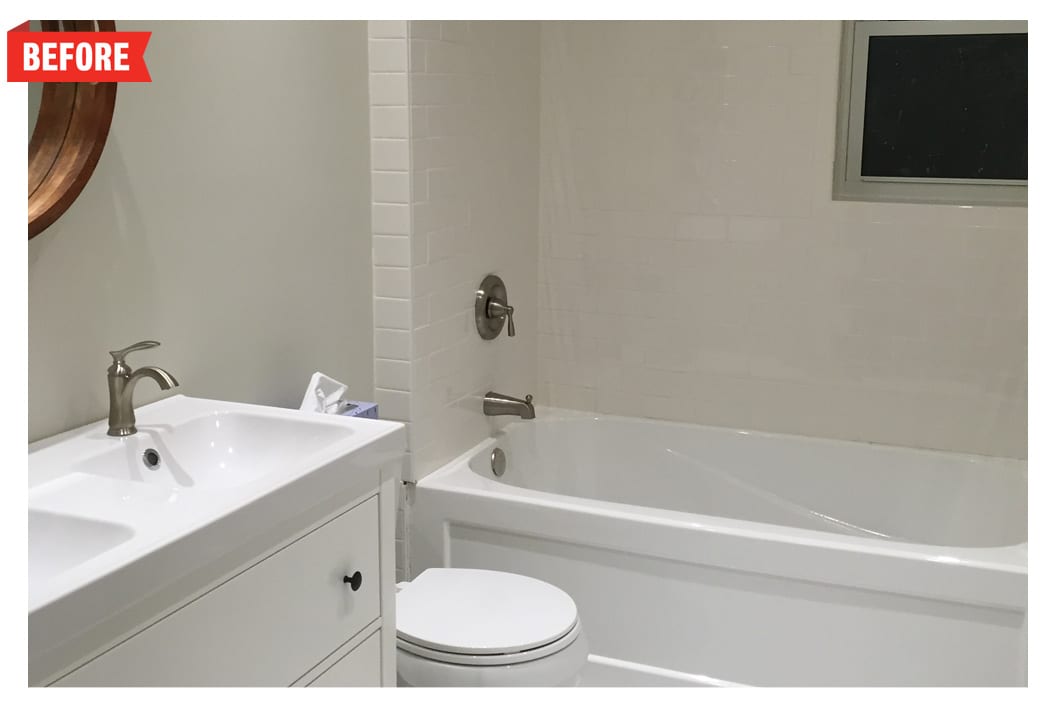 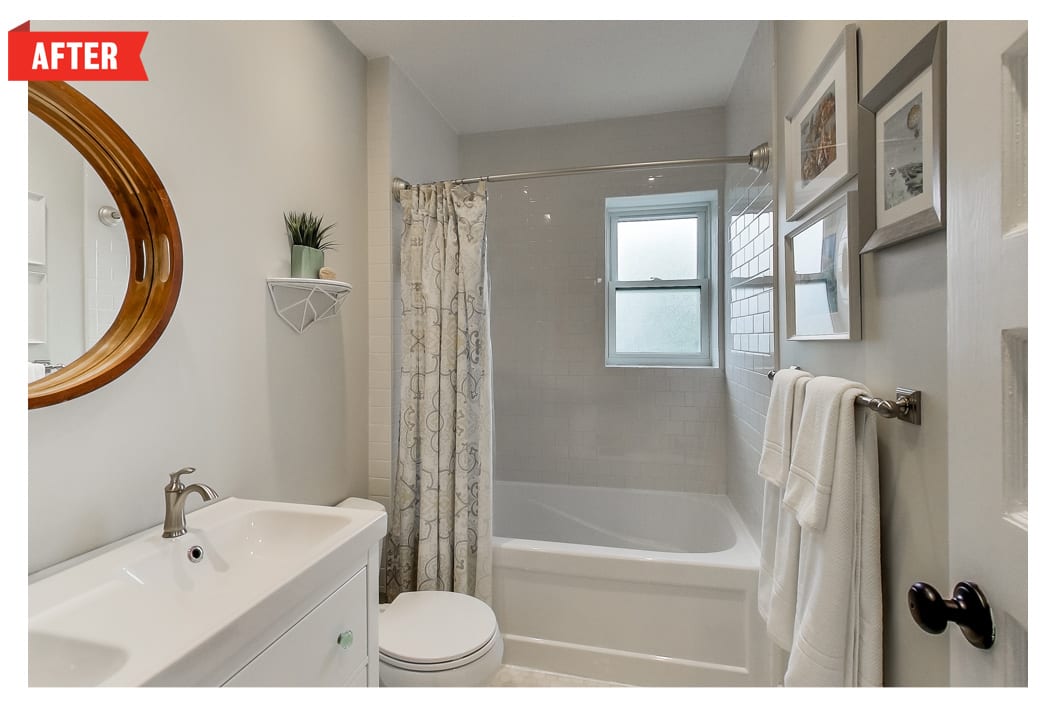 In the bedroom, a peaked roofline draws the eye upwards. “We wanted to keep it that way, so we didn’t do anything crazy,” Whittaker says. She did add bedding with some texture and colour to make the room look a little more luxurious: 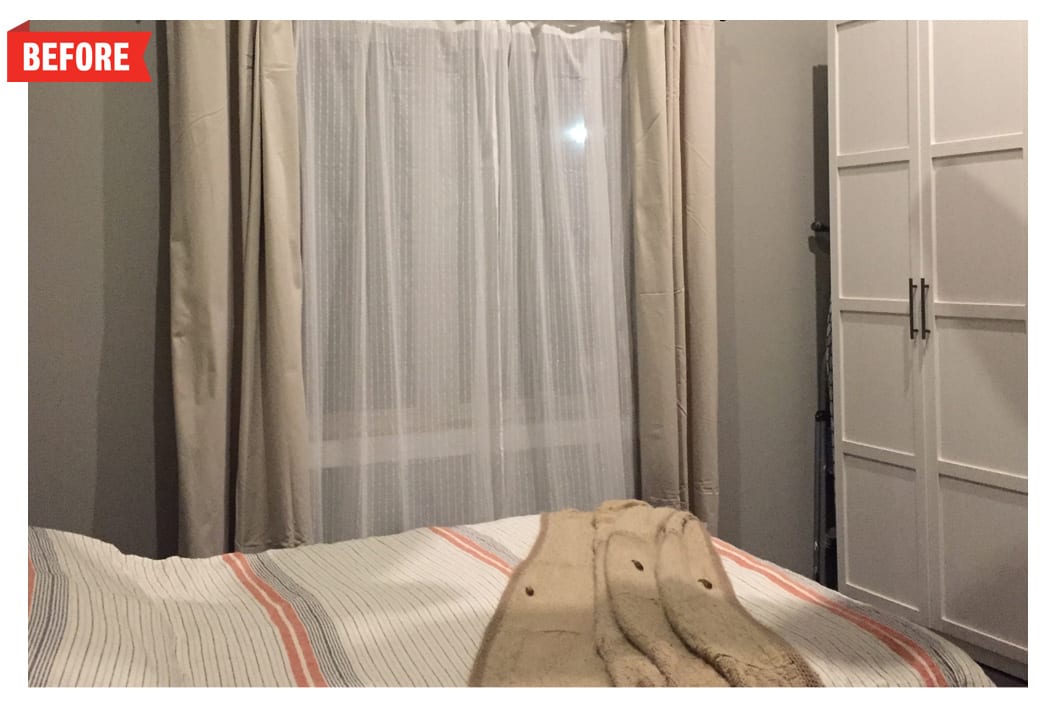 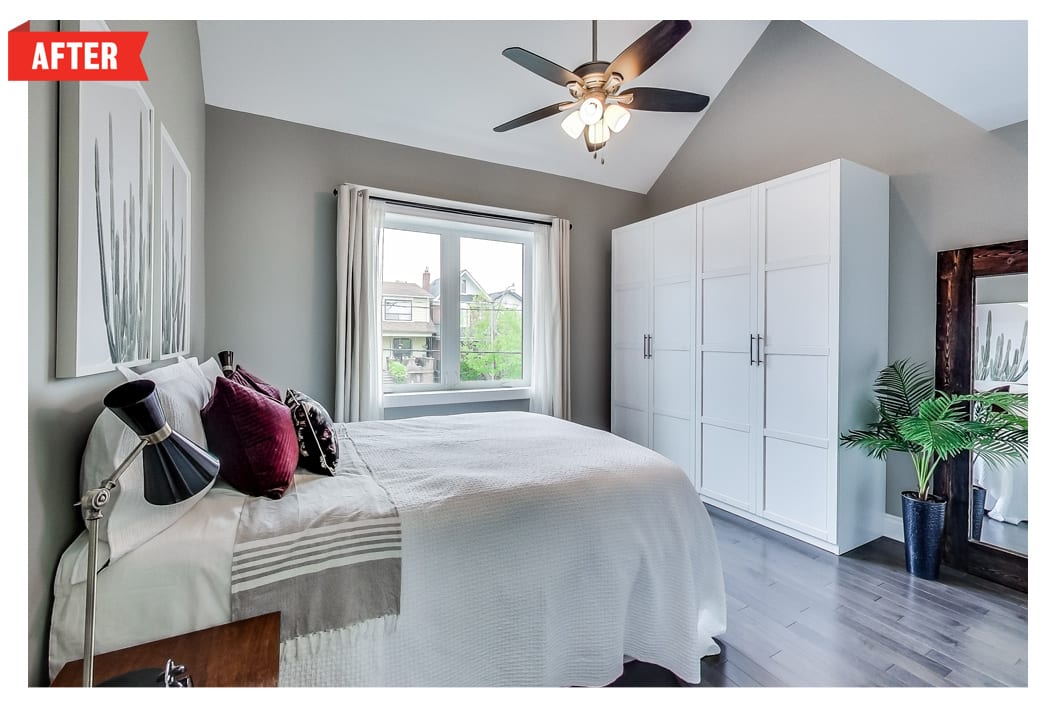