At nearly 6,000 square feet across five split floors, with five bedrooms and eight bathrooms, this modern home is perfect for big families. The sauna, home theatre and sprawling backyard provide the potential for oodles of fun, too. It’s located on a corner lot near York Mills station.

In 2012, the property sold for $1,750,000, when it was a modest home with a large rooftop deck. The buyers tore it down and built a modern split-level home with floating stairs, heated floors, a 10-foot ceiling and a basement sauna, then put it on the market for roughly $3.8 million. It took nearly a year to sell, but eventually went for $200,000 under asking. The new owners added a soundproofed home theatre in the basement, lived in it for a few years, then put it on the market for just under $4.3 million. 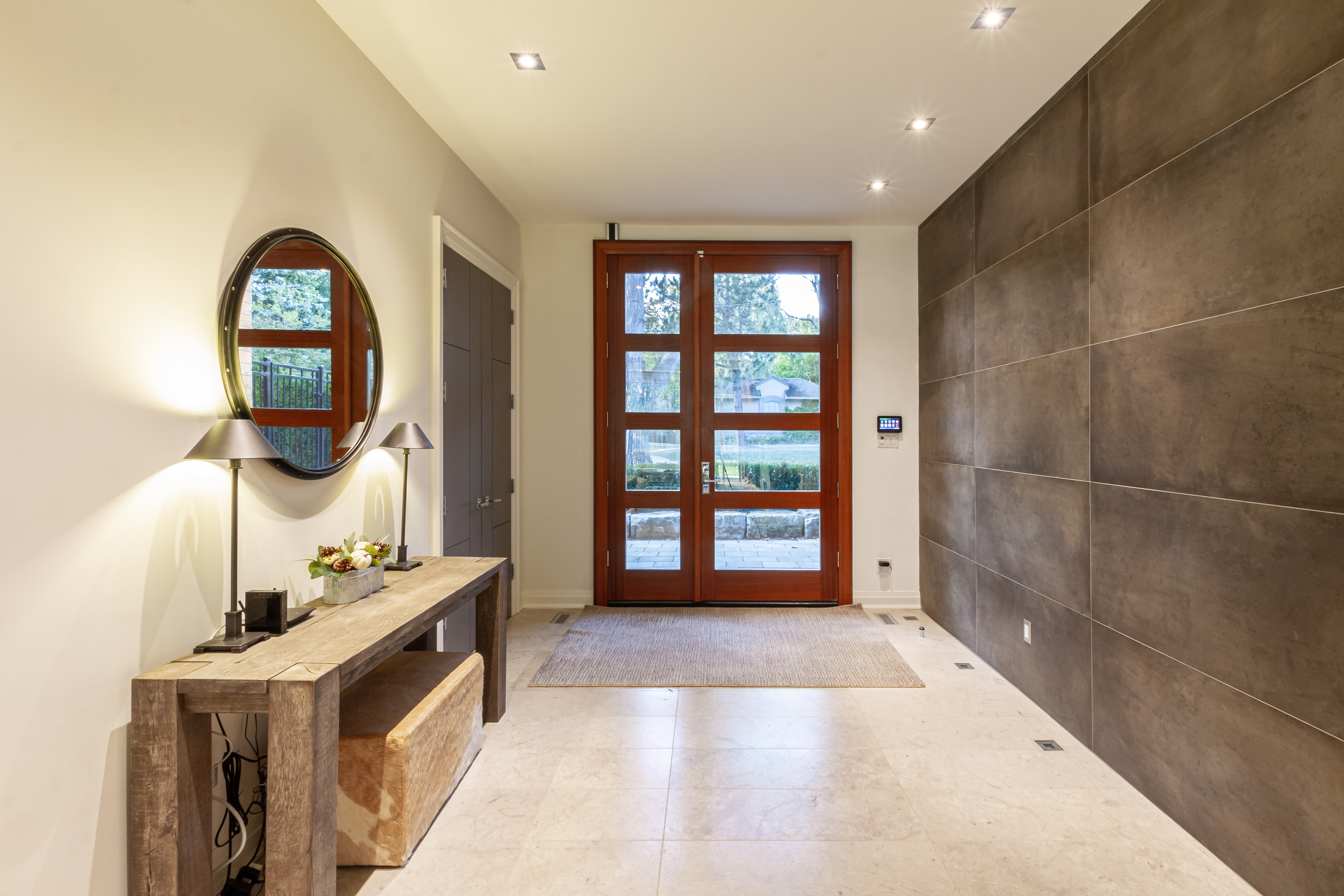 A look at the dining area, which has a nice view of the backyard through those floor-to-ceiling windows: 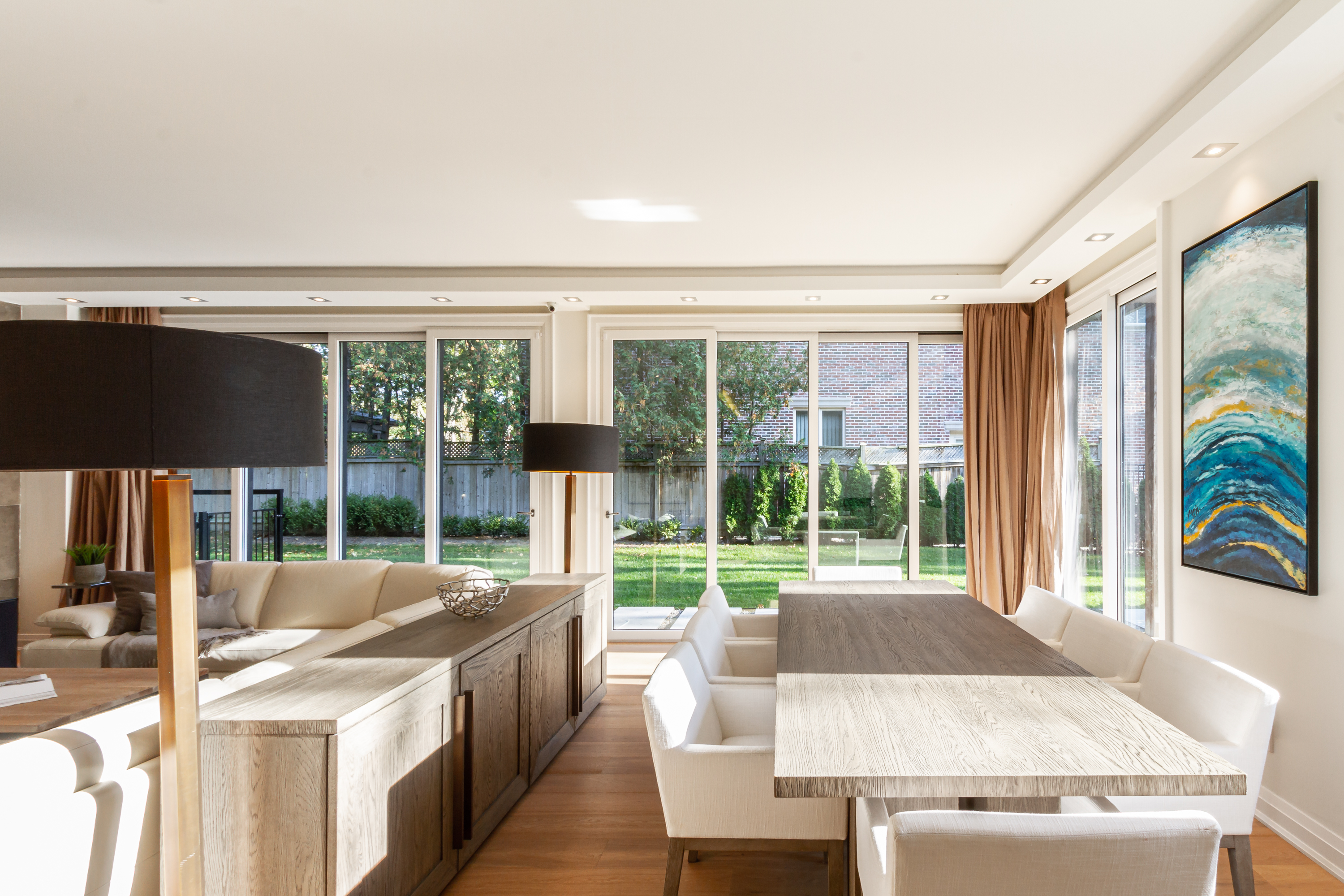 Those patio doors slide away to eliminate the barrier between the living room and backyard: 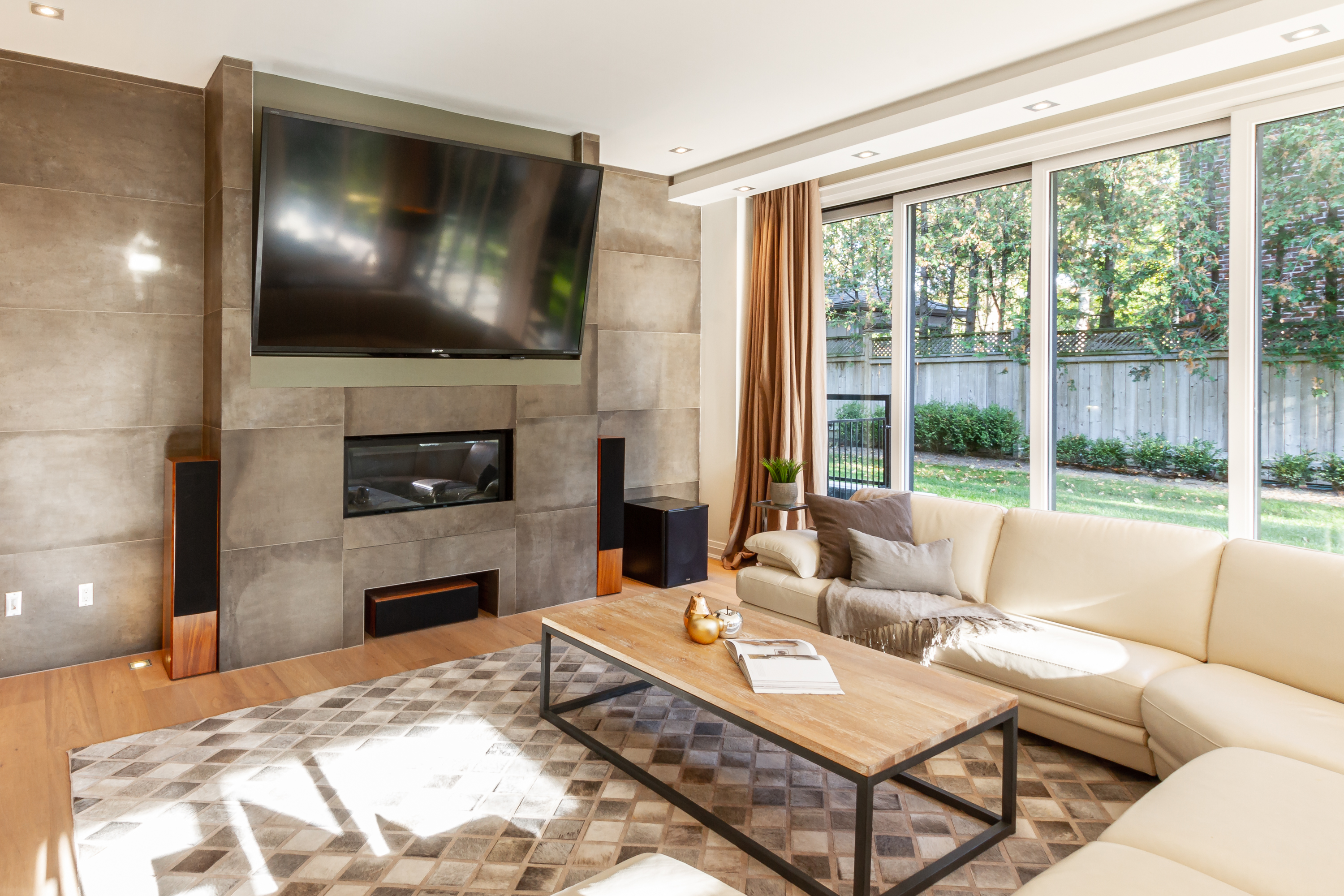 Here’s the kitchen, which has sleek white countertops: 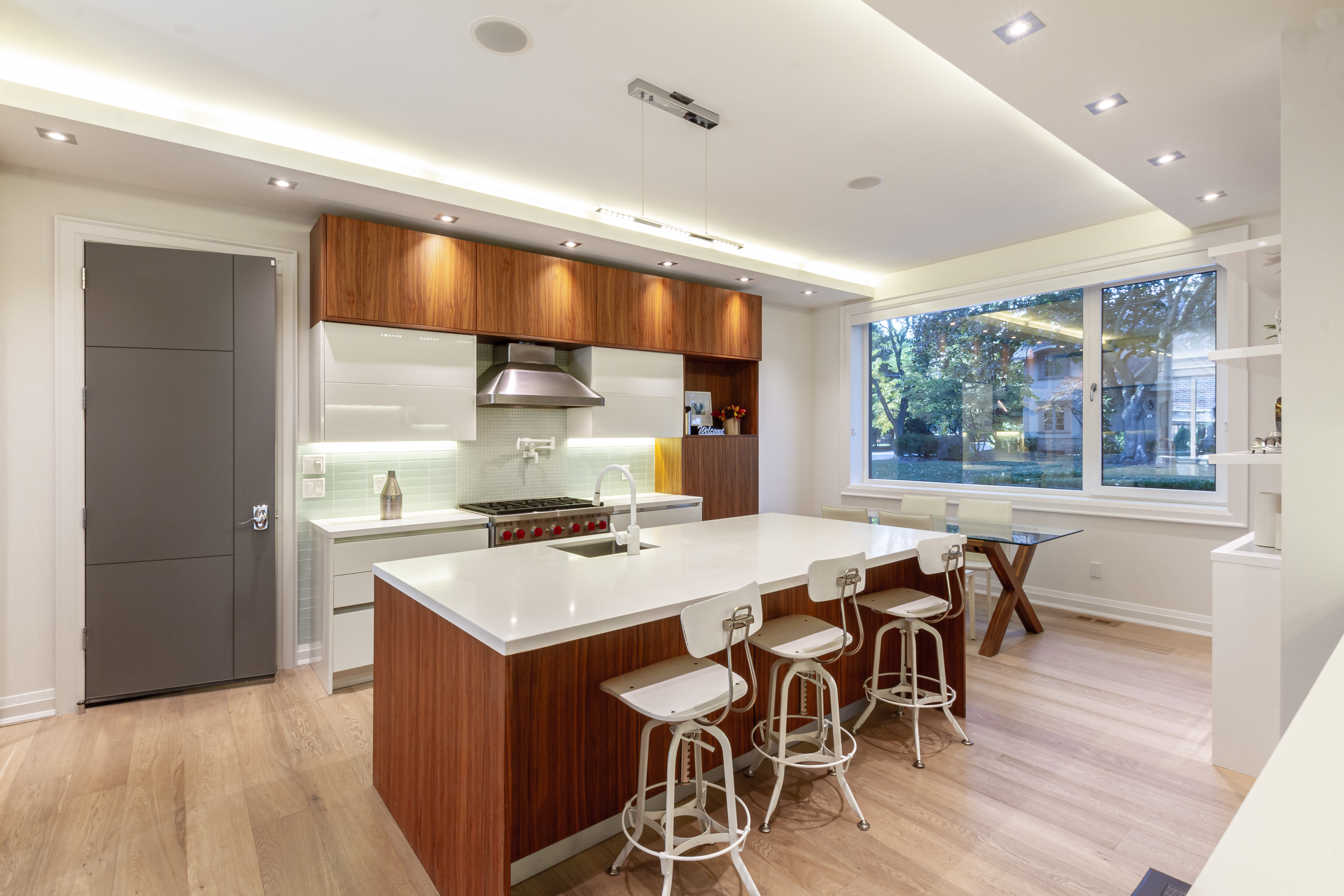 This bedroom is pretty in pink: 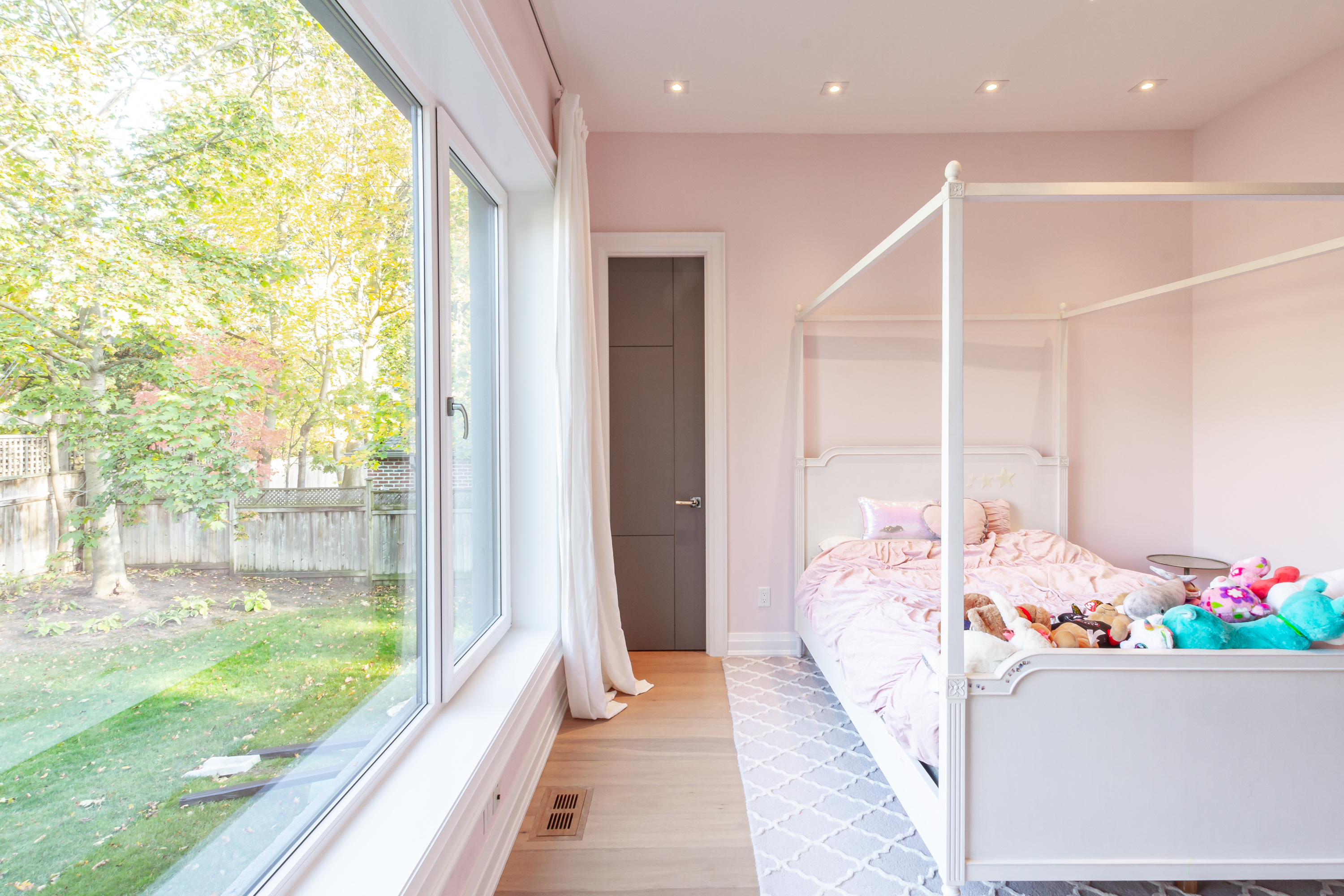 Here’s another bedroom. Throughout the house, the interior flooring is made from imported white oak: 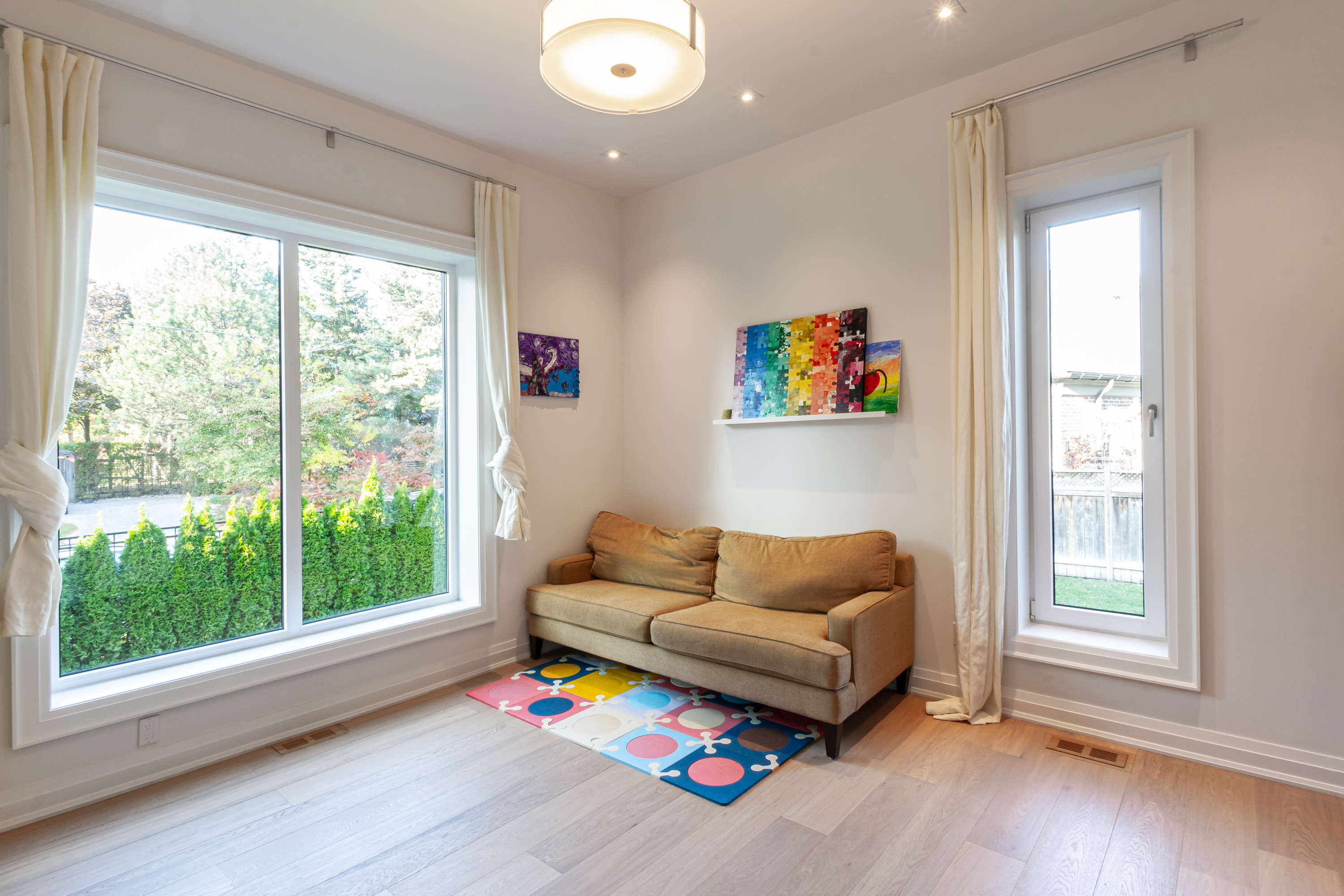 This bedroom has an ensuite bathroom: 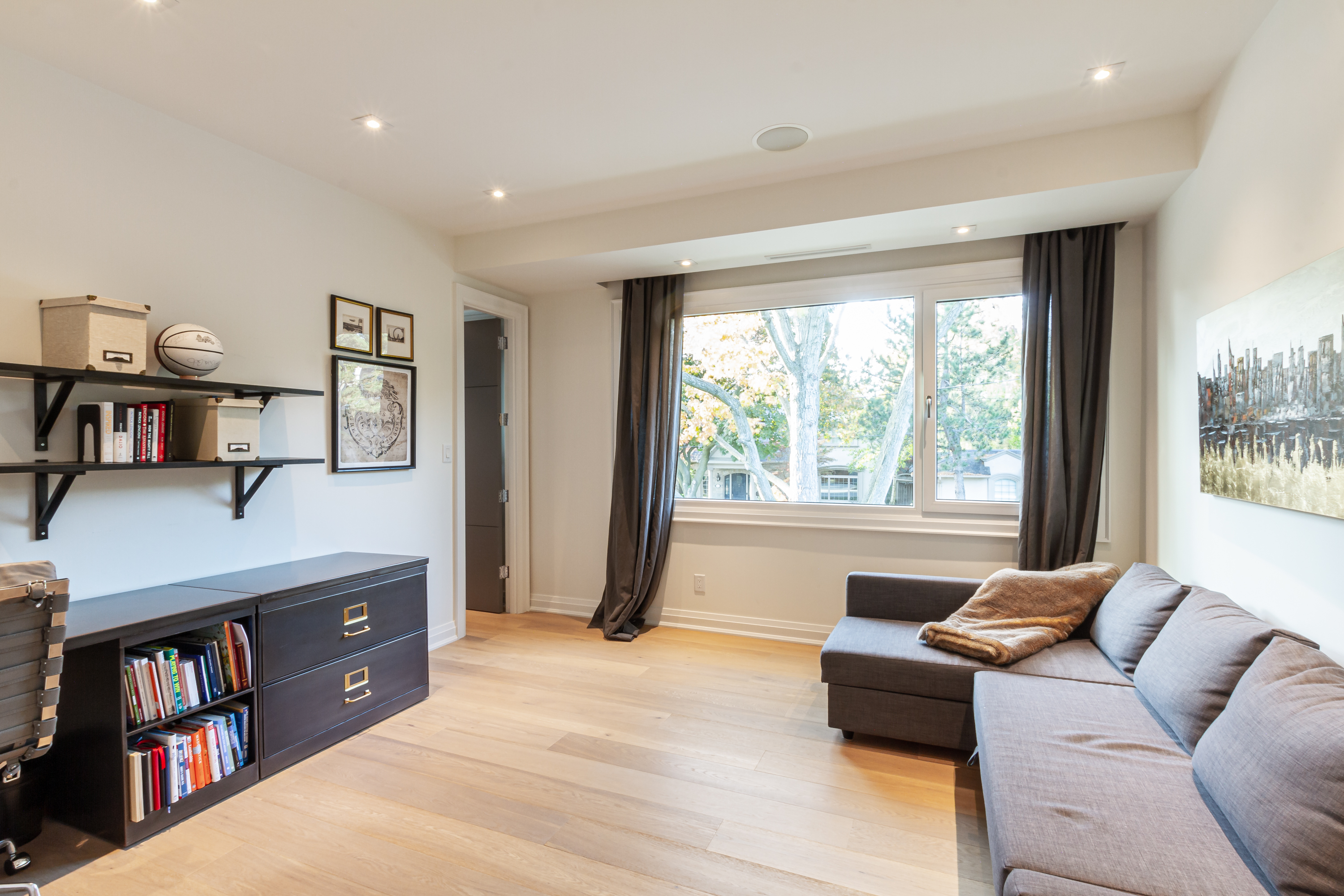 The master bedroom, with its double-sided fireplace: 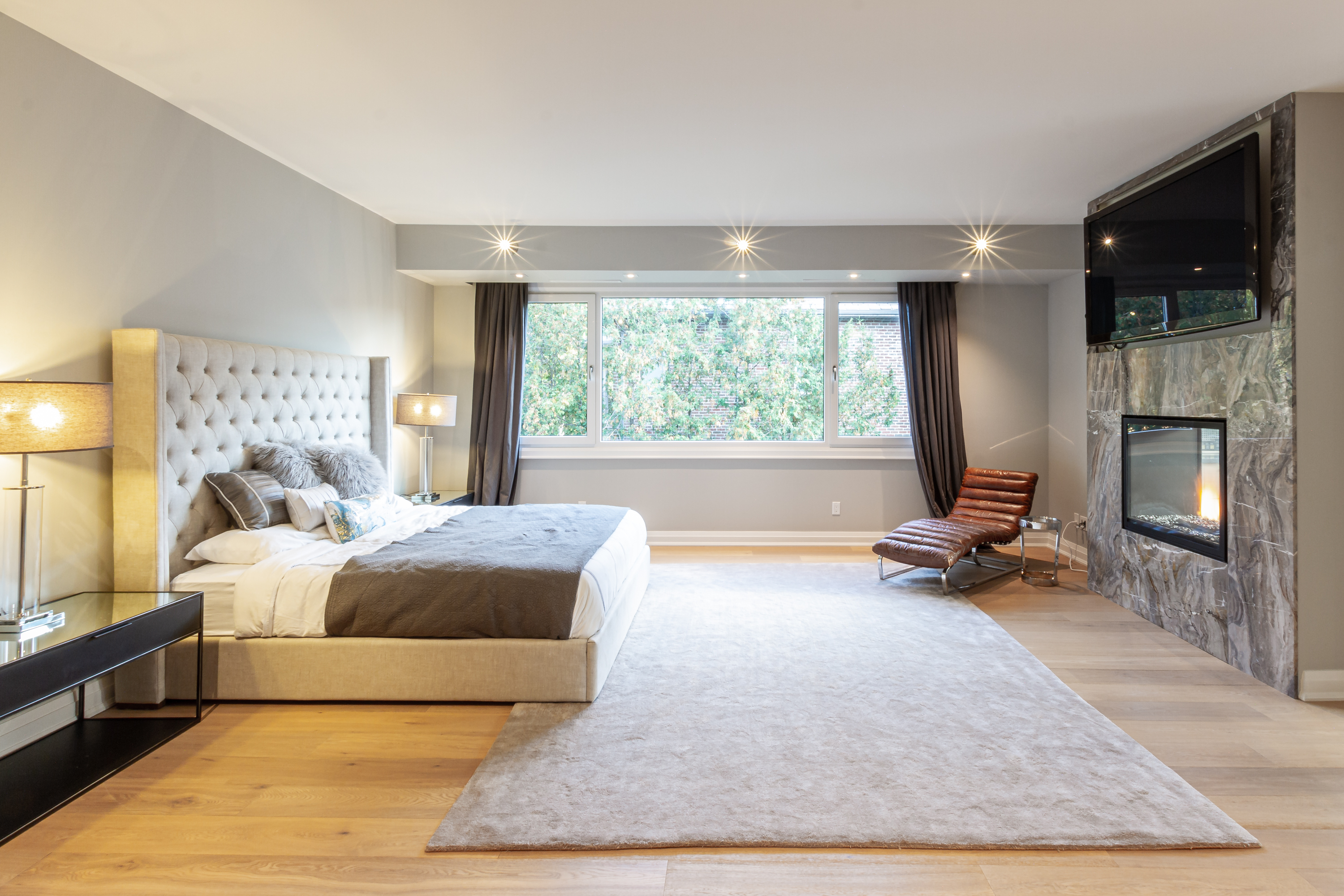 Check out the master bathroom, where there’s a steam shower and walk-out balcony: 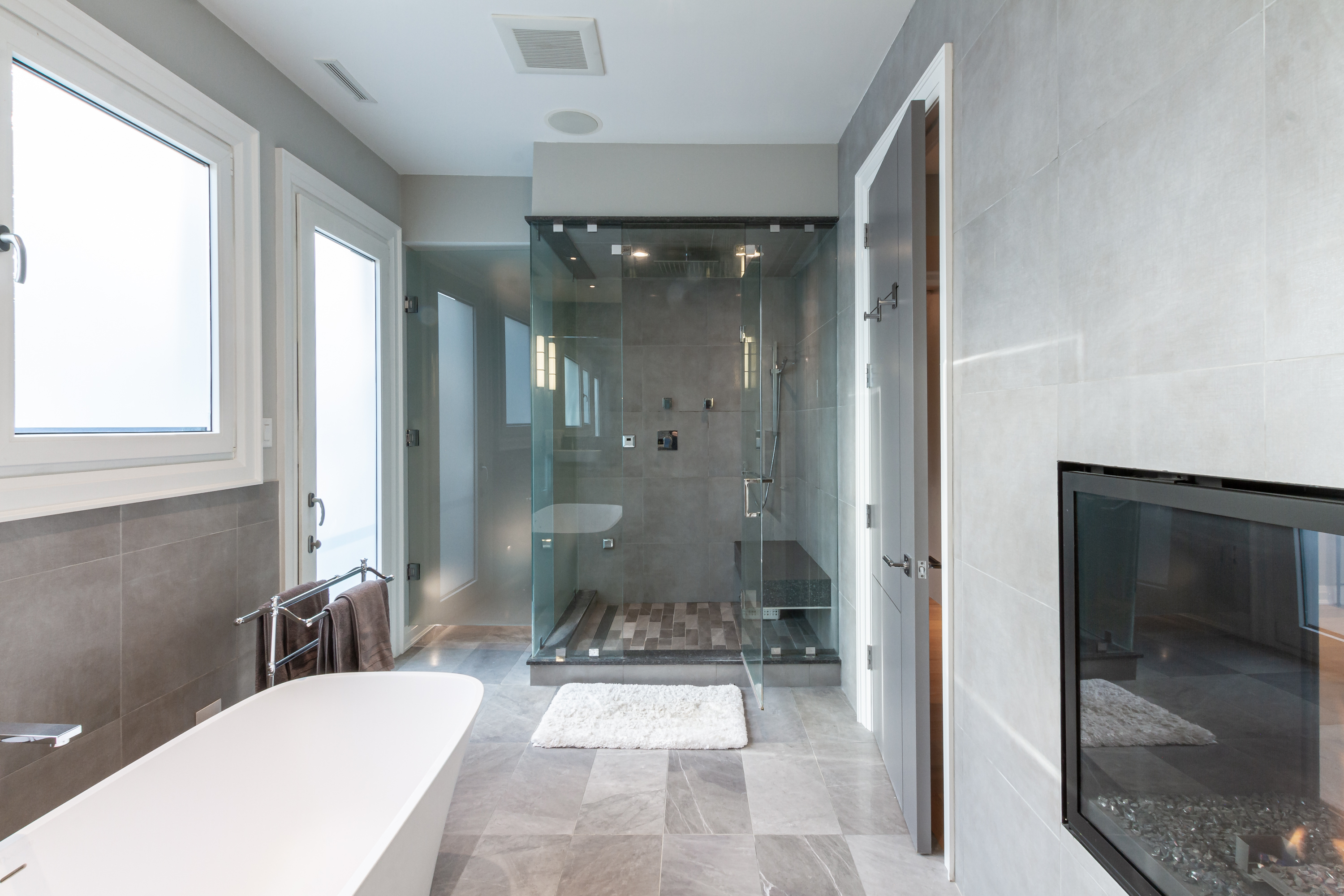 The master walk-in closet is spacious: 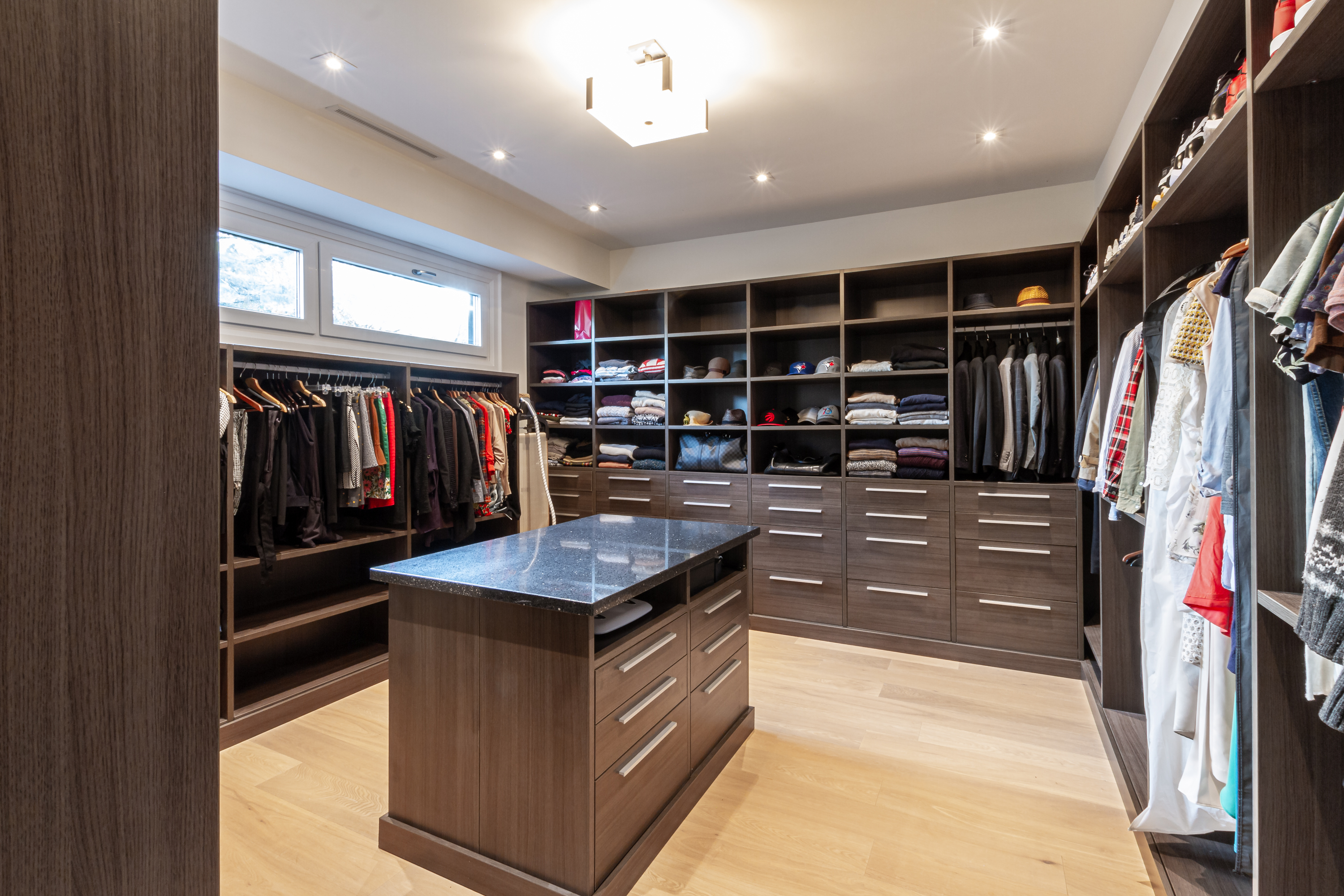 A couple of floors below, the family room: 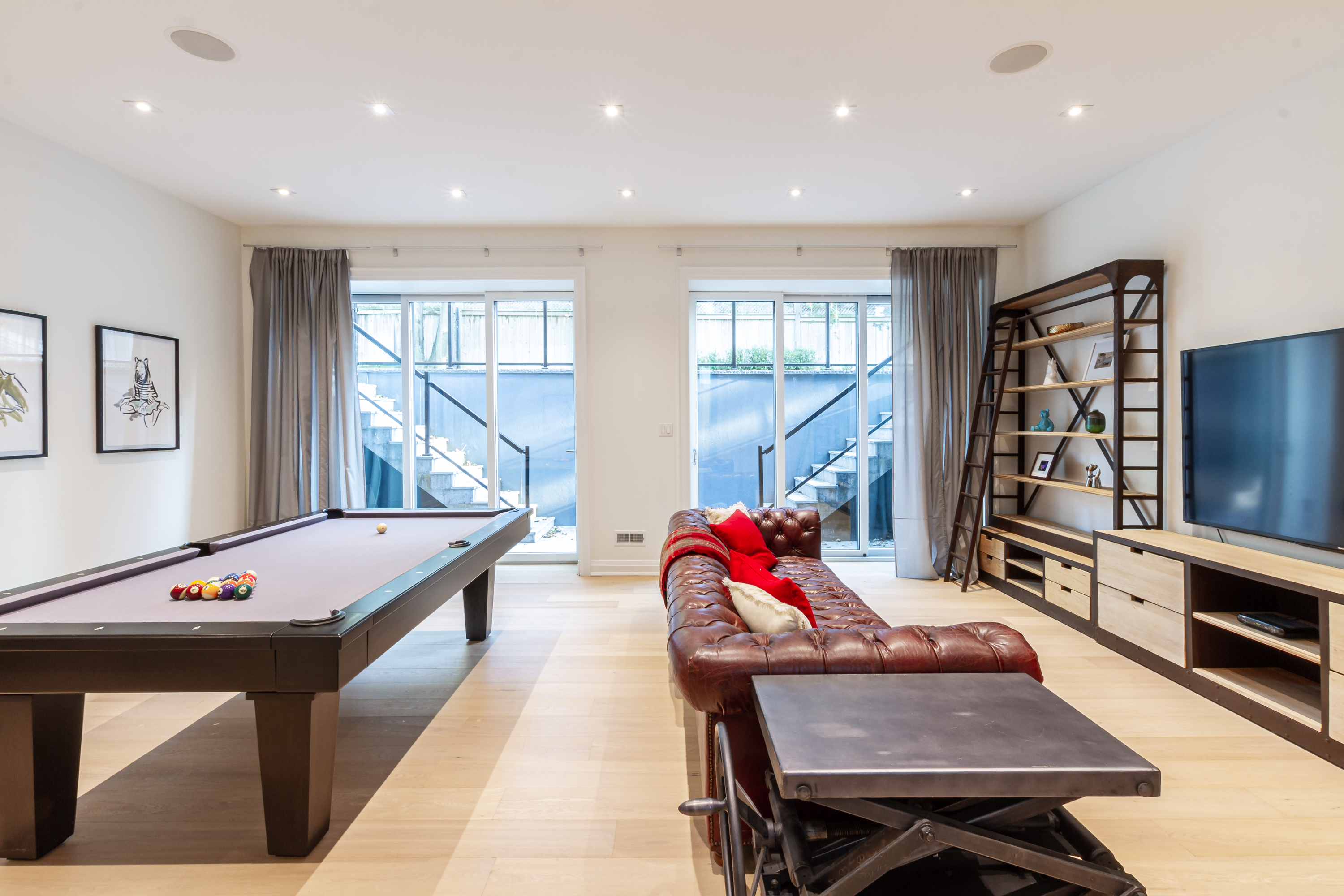 The foyer in the basement is an unexpected place to play piano, but maybe the acoustics are good: 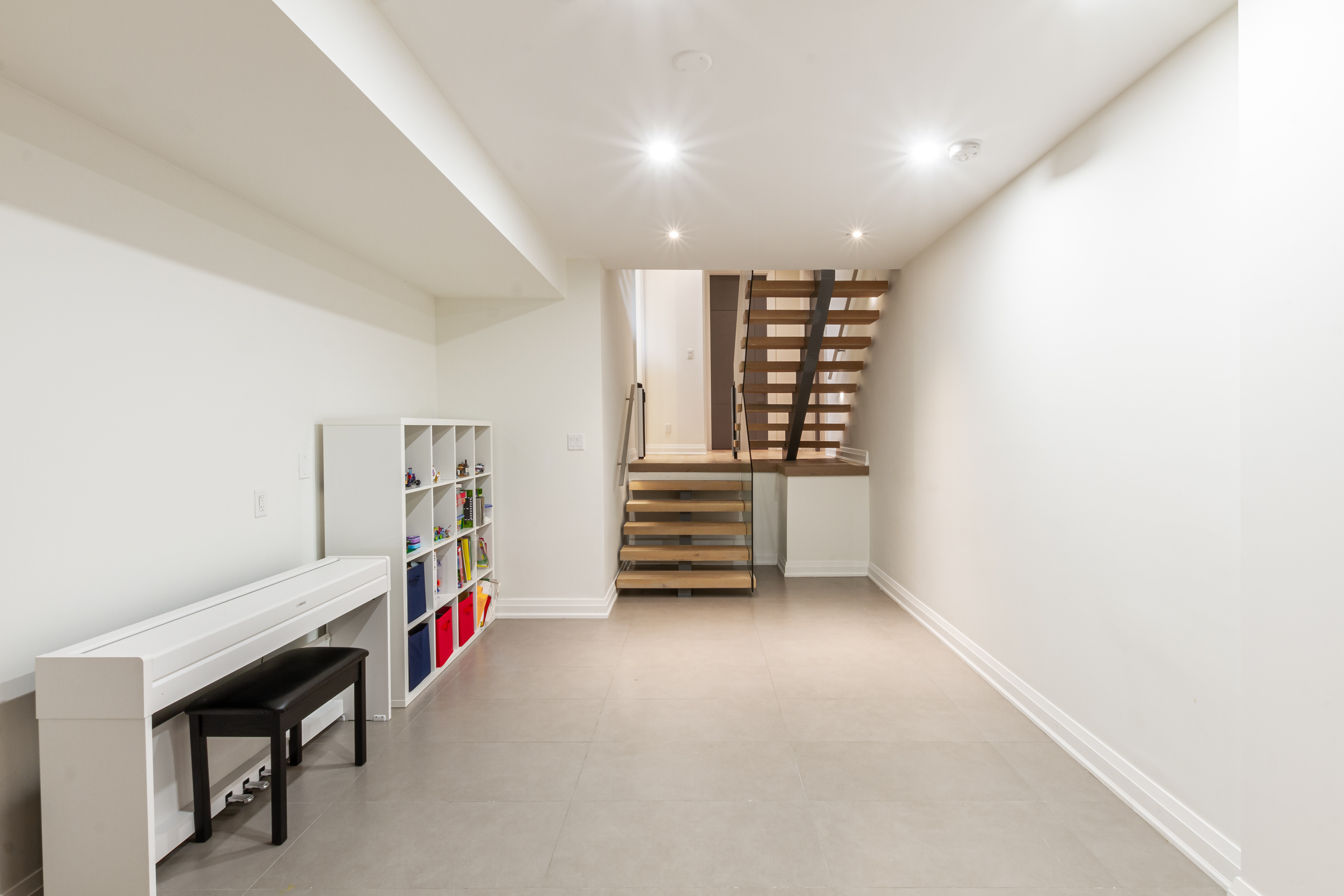 The home theatre is equipped with 4K projection and Dolby surround sound. All you need to bring is the popcorn: 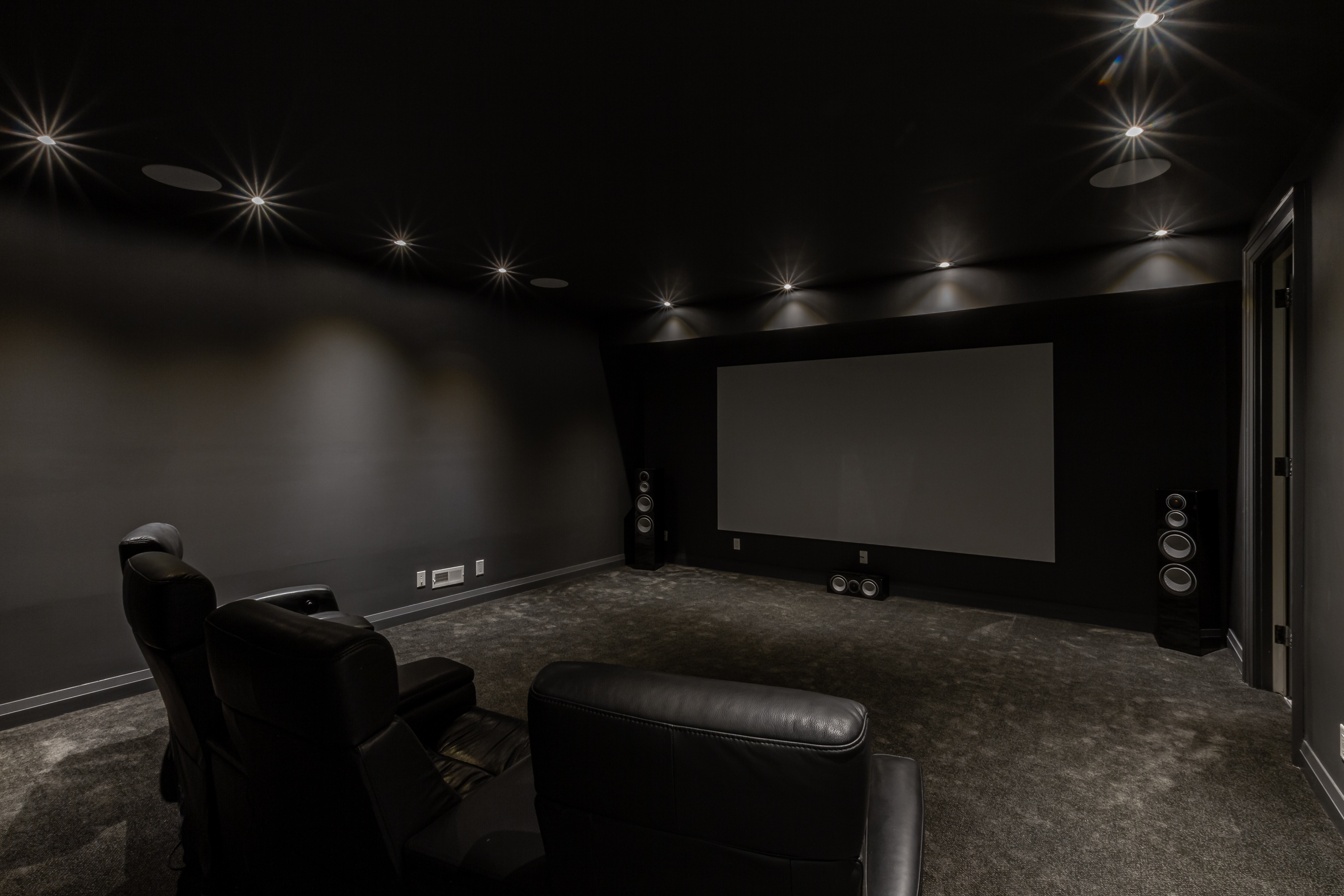 This backyard provides plenty of room to run: 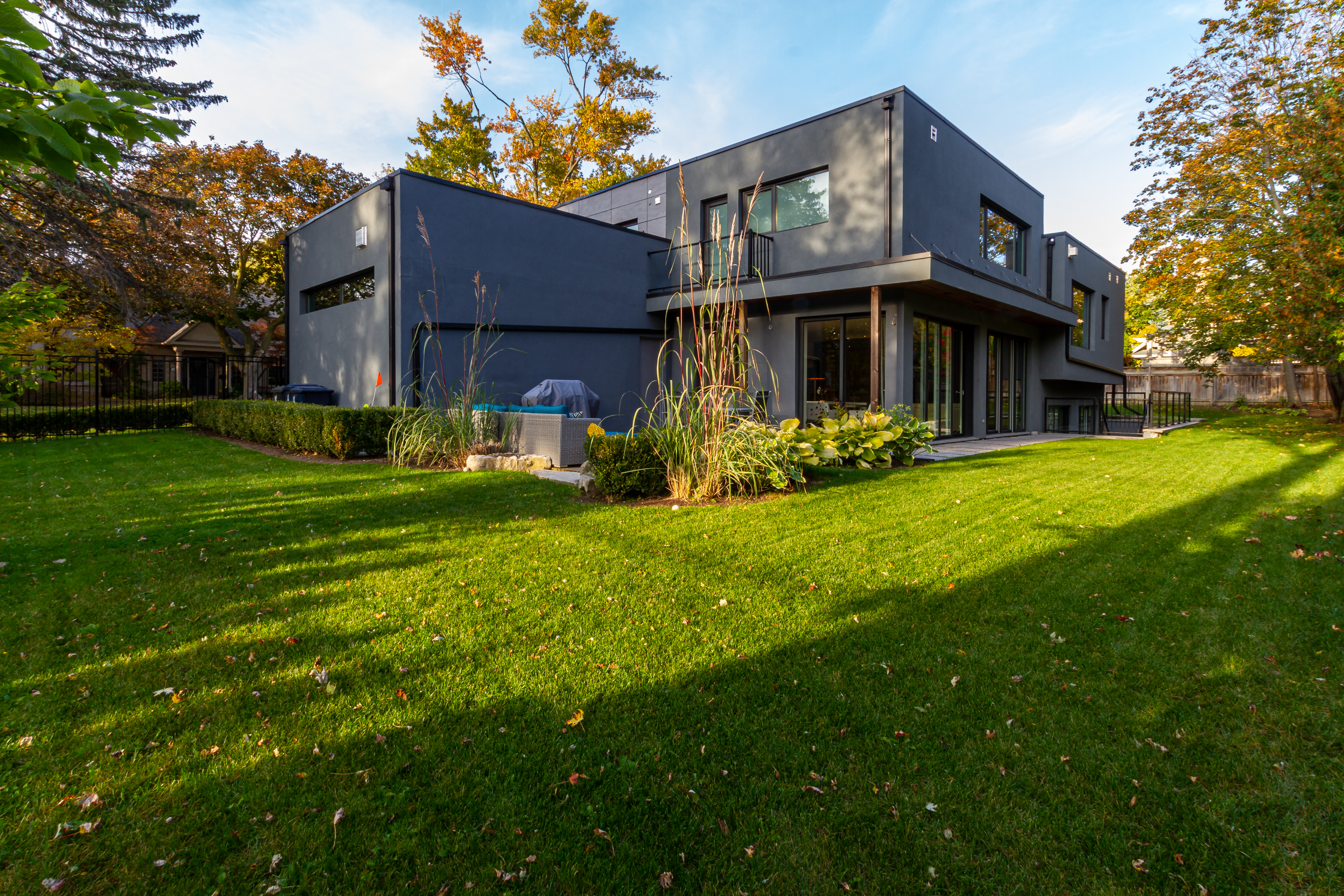 Here’s a look at the sliding floor-to-ceiling windows in the living/dining room: 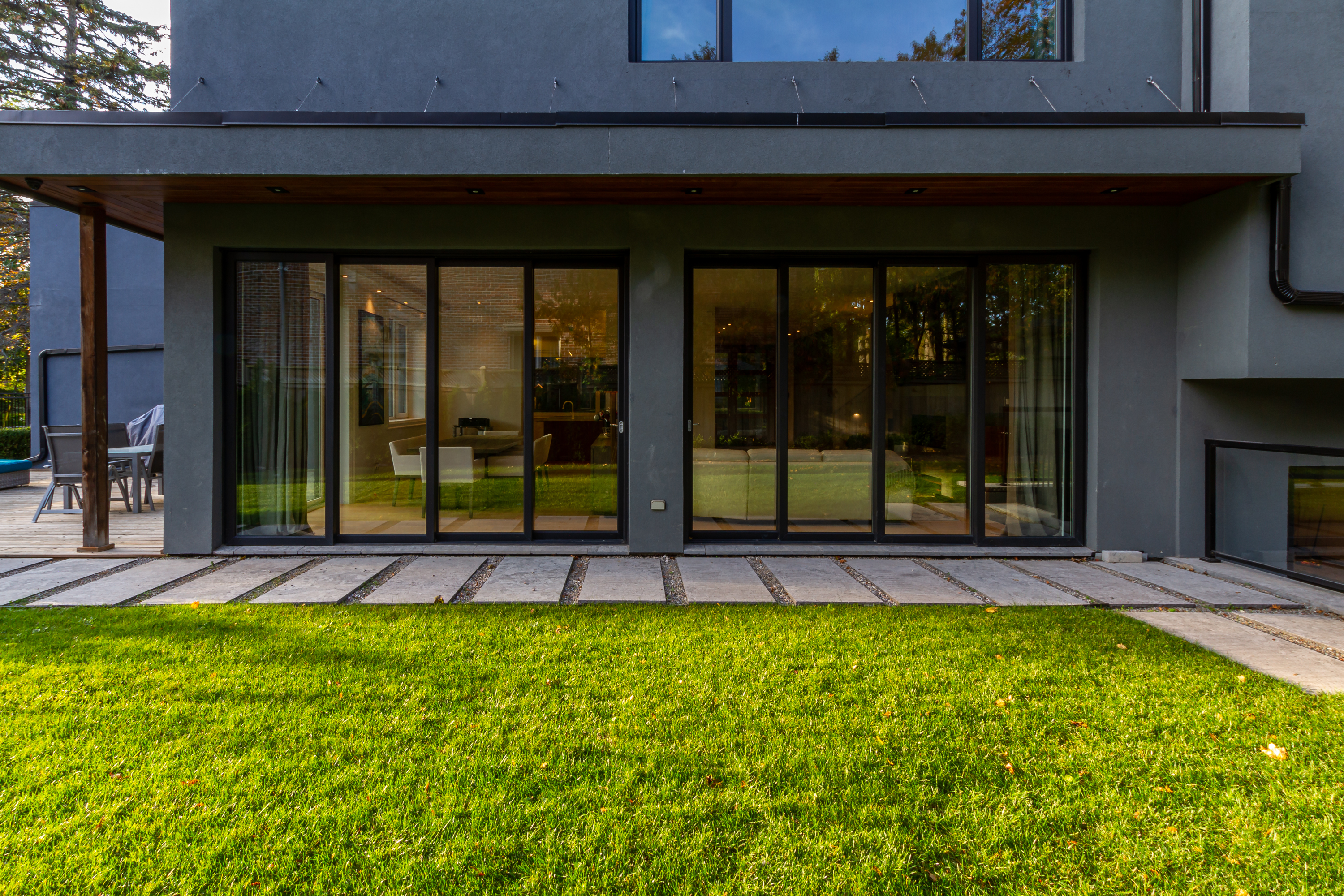 The buyers, an entrepreneurial family who work in tech, were looking to upsize. They fell in love with the split-level design, which will allow their kids to have their own half-floor while the parents enjoy the privacy of the master suite upstairs. The corner lot also gives them ample outdoor entertainment space, since the fenced-in yard wraps around all four corners of the home.

This place is unusual compared to the other homes in the neighbourhood, which are mostly big and old. The sellers’ agent decided on a healthy listing price, setting it at nearly $4.3 million—among the highest in the neighbourhood in recent years. About 200 people attended open houses. There were a few interested parties, but one acted relatively quickly, putting down the offer on paper and closing the deal in less than a week. The sellers accepted the bid for $95,000 under asking.